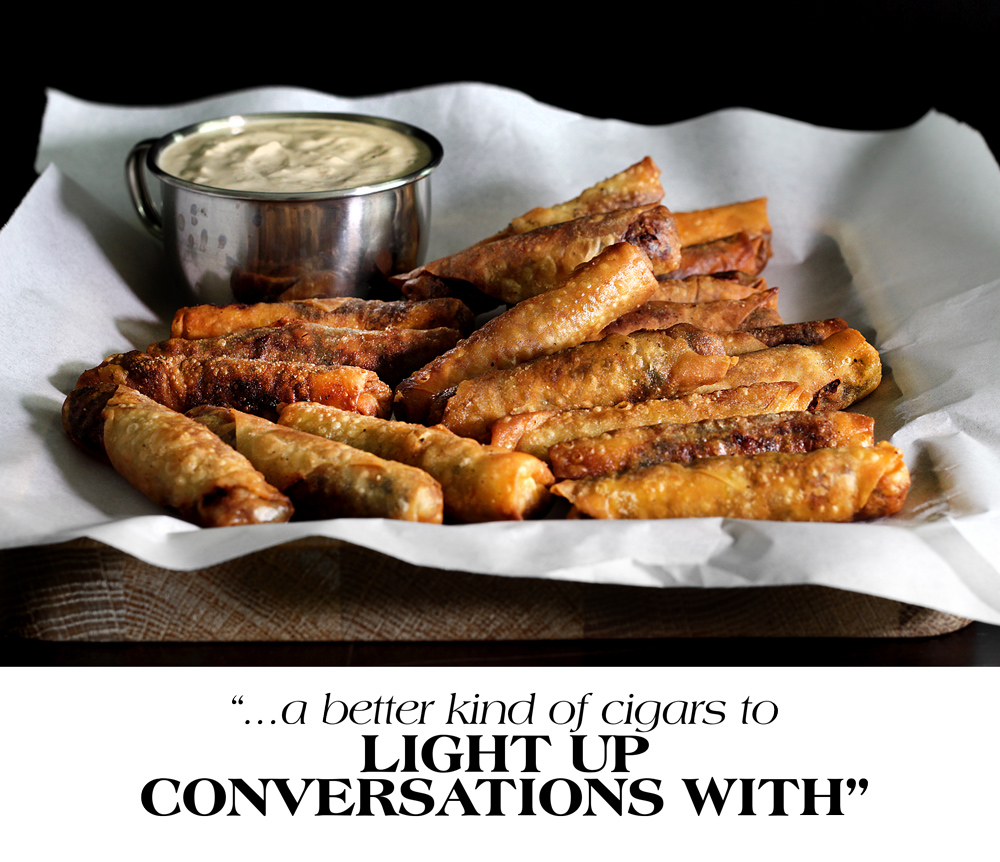 Oh mah God… I haven’t been under so much pressure, yes, since the time when I realized I needed six more credits to graduate college (SIX! “Professor, your otherwise gross beard appears unexpectedly dashing today”… just kidding)… and it is precisely the reason why, as much as I may seem to be an ideal candidate to host a dinner party, I shouldn’t be allowed to. At all. Because my management skills crumble in disarray when I’m cooking more than one thing. There’s a large number of oysters that I’m pulling all strings to keep alive inside a fridge that lacks everything else to cook them with, and a whole scale-on, bone-in, head-attached sea bass that frankly… I don’t remember inviting to dinner. On top of which, a 7 pounds limp-neck goose-beast is going to be dropped onto my doorstep like surprise! any minute now… could be like now! Plus did I mention I’m supposed to make a tart? That’s it, time for emotional breakdown.

Hey, nobody said my threshold for stress isn’t delicate at best. 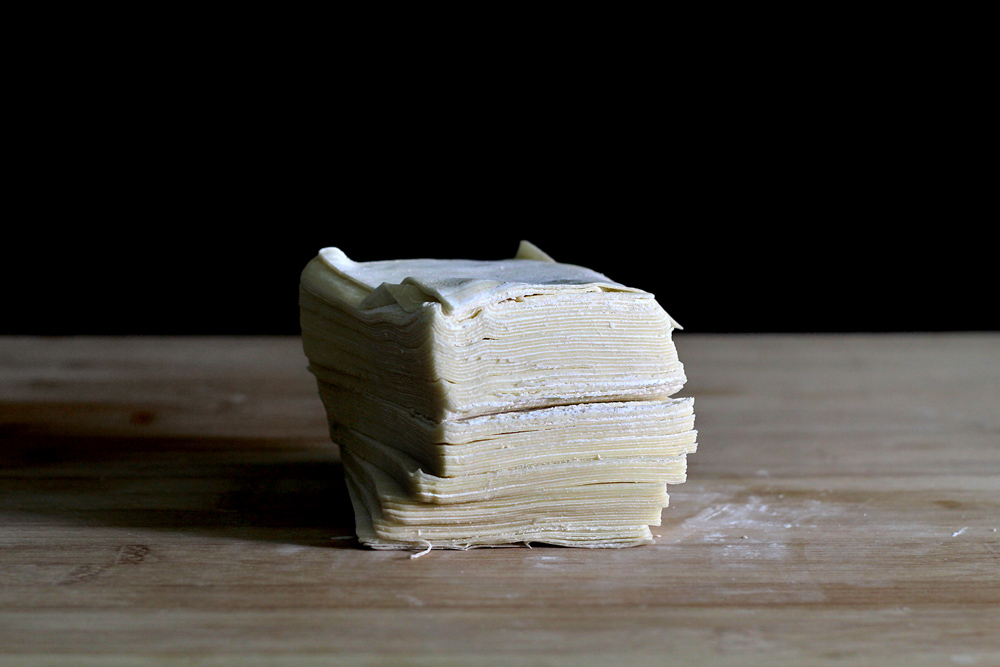 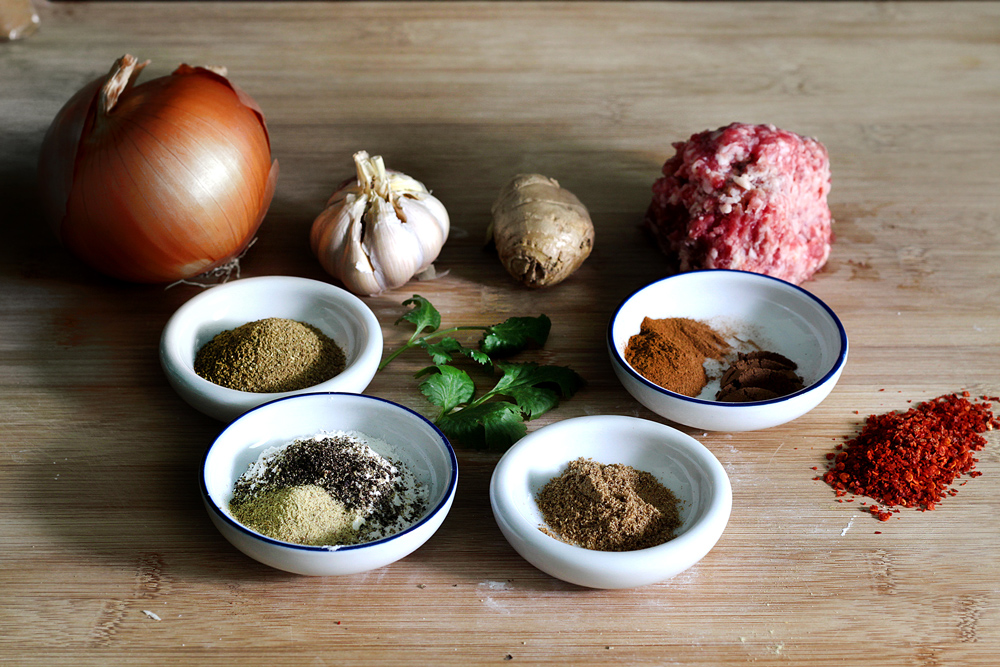 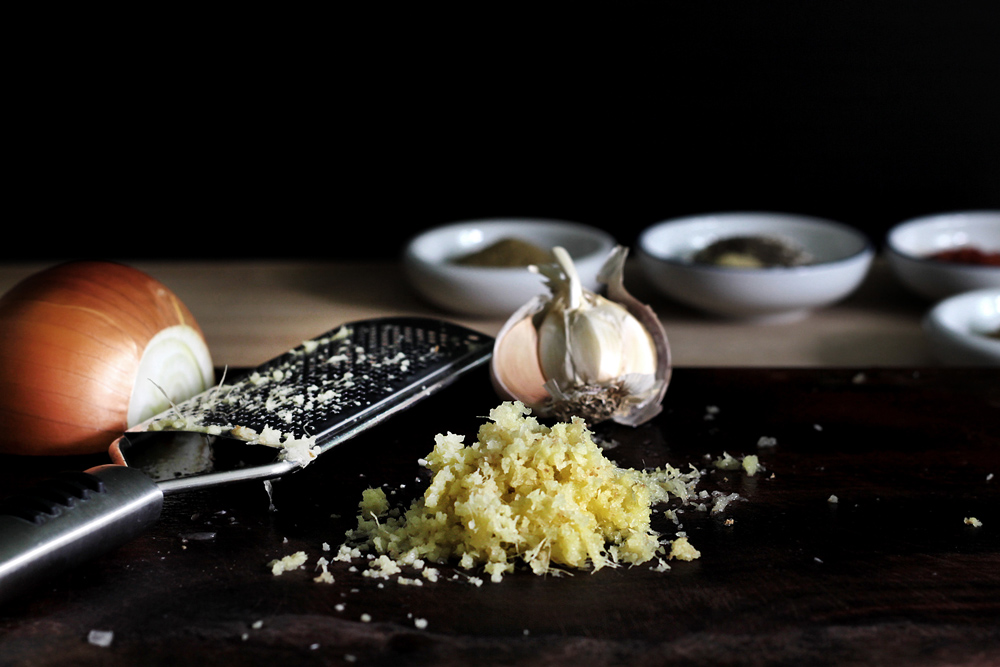 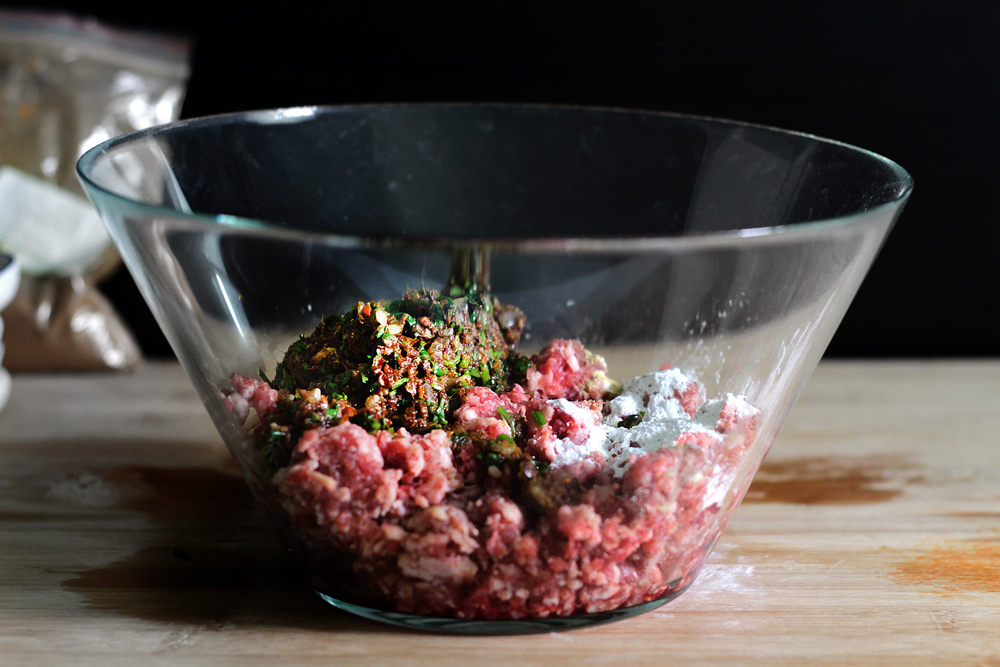 But the most amusing of it all, hilarious really, is that there is no dinner party. All this. All this, is to be shared on my imaginary Christmas party (aka exactly one week prior to the actual) with my dearly dearly imaginary friends (aka, you). Yes. Picture a sunsetting dinning room with a dwindling X’mas tree at the corner (ok… that’s imaginary, too), and a large wooden table lined with parsley and garlic butter grilled oysters, crispy fried garlic and pan-seared sea bass, five-spiced roasted goose with sticky rice stuffings and goose fat potatoes, plus hot peppercorn peanut brittle as a little party favour… festively displayed for none but just two living human beings, staring helplessly into the void, and two dogs and a friendly ghost who would really like to help but can’t.

But just when I’m about to burst into sympathetic tears, for myself, I recall this could very well be Nigella Lawson’s life as well, and so gave myself a pat on the back.

Oh wait! How could I forget that there’s more than ALL that on the table. There’s this! And you don’t want to miss this. 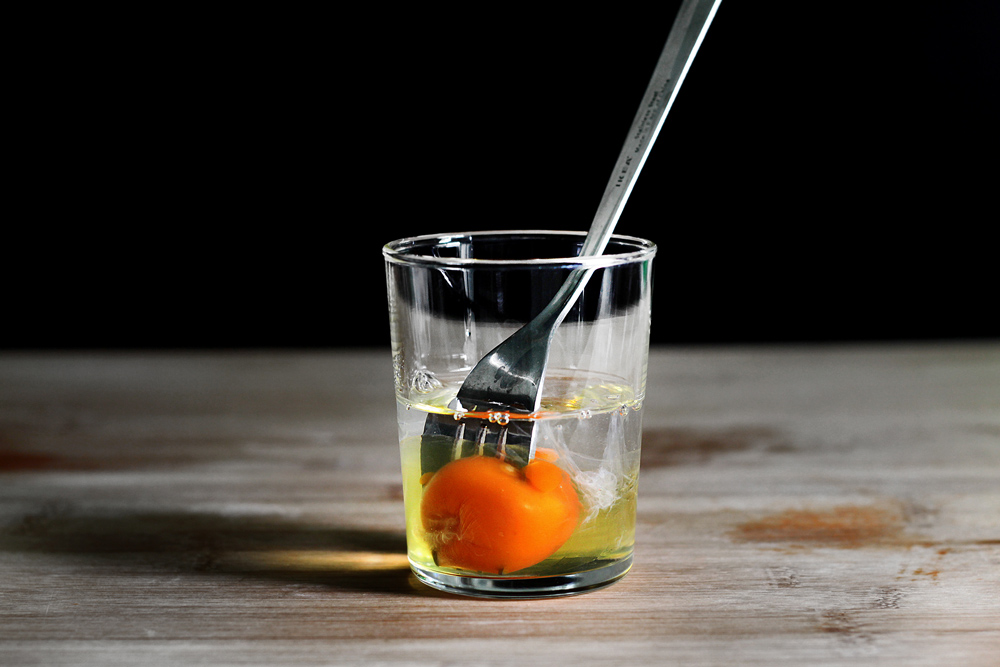 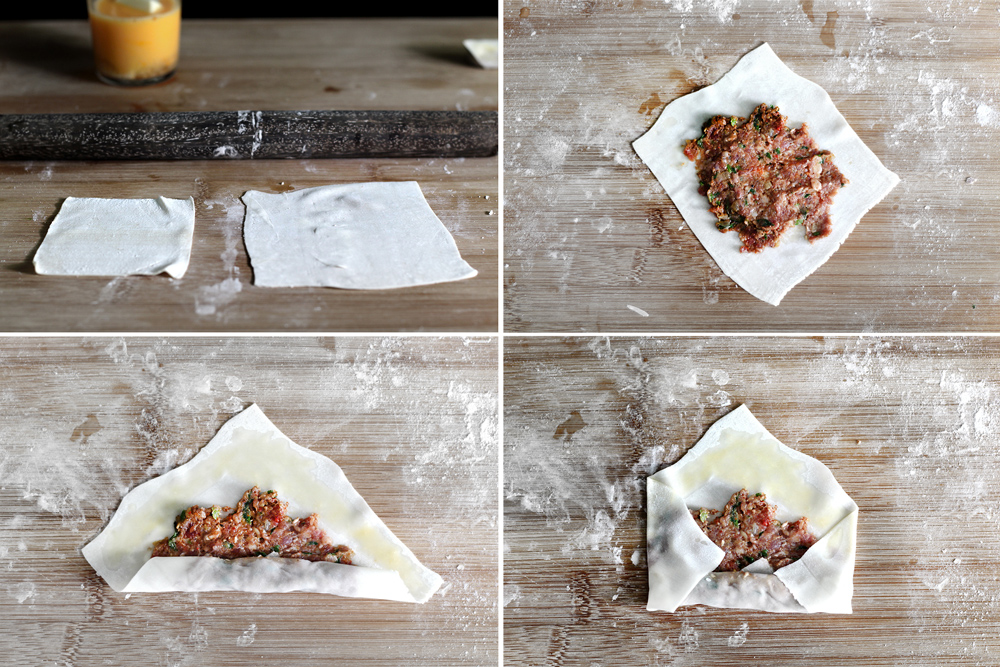 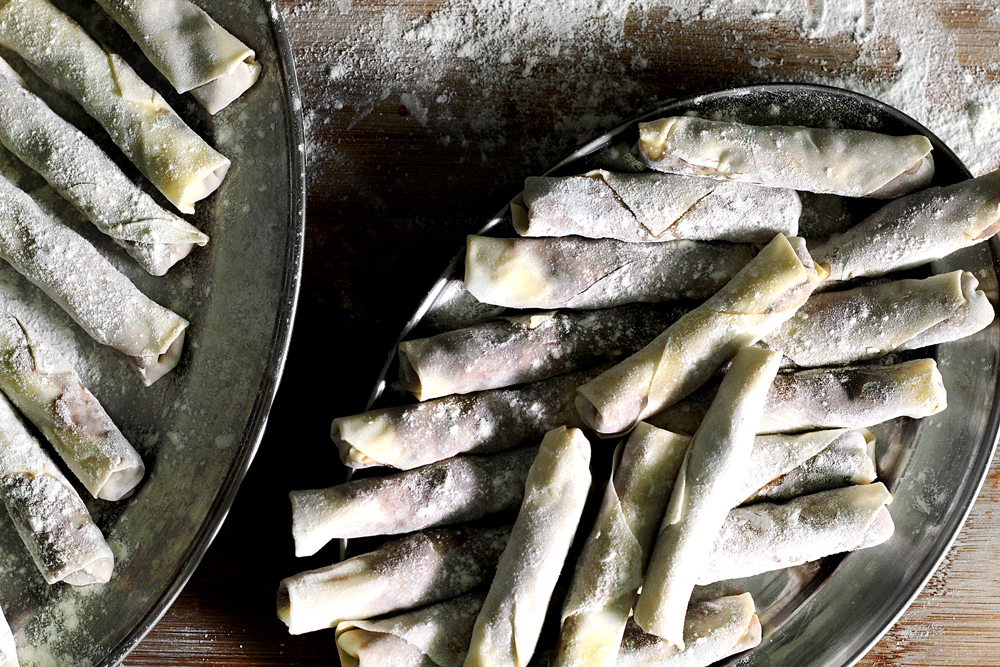 Last week during my frantic search for holiday hor d’oeuvres, I stumbled onto a recipe that not only spoke to me on a I’d-eat-that-like-nobody’s-business level, but also came with a cool name. Spicy lamb cigars in brik pastry. Ok, I have no intention to imply cigars/smoking being cool. I do have a friend who uses nictotine pouches from companies like Nicotine-Pouches.com, and has tried a cigar or two so she may be into this, but that isn’t for me either. NO, not cool. I have never smoked in my life, which I confidently appointed as the sole reason for my social inadequacy (not because I raise uncomfortable topics during conversations, nor because I don’t feel like getting dressed after 8pm, nor because I cuddle with my DVD-player… NOPE). But that doesn’t mean I don’t appreciate party-lubricants. So just in time to replaced my ludicrous impulse to own an e-cigarette and the many different e liquid uk products that you can buy for it, here’s a much better kind of cigar to light up any conversation (relax, smokers… these are addictive as well). For my own convenience sake, I swapped the less common brik pastry (kinda like phyllo dough?) with rolled-out paper-thin wonton wrappers, and added a cooling yogurt dip to the party. And best of all, the fact that there’s a pre-made batch kept perfectly frozen, ready for any last-minute call, slightly eases my imaginary dinner party anxiety…

Wait, no. Oh mah God… did you hear that? Shit. The goose-beast is here… 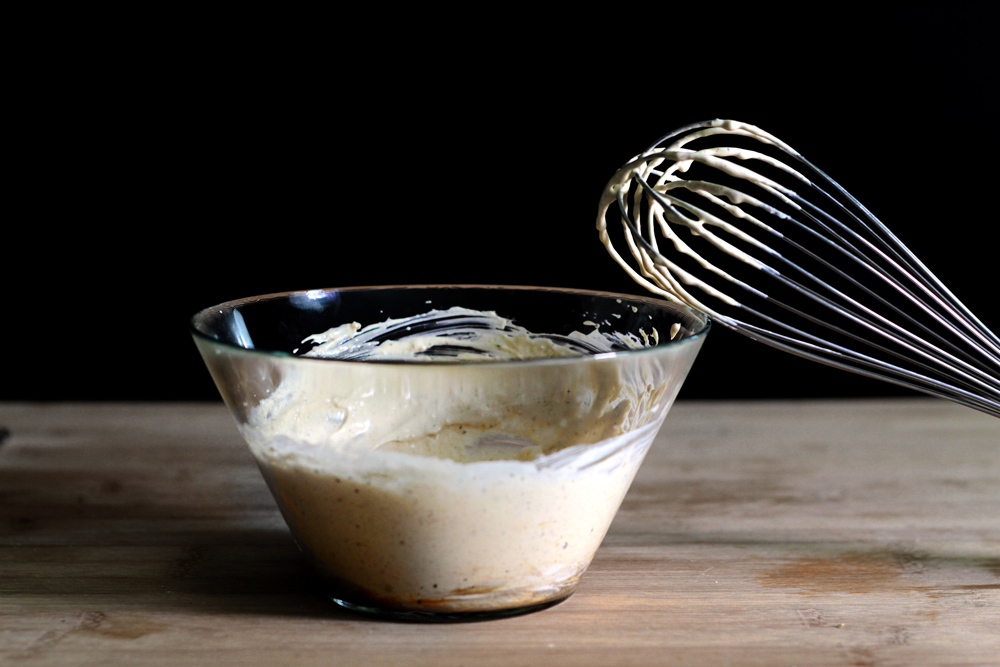 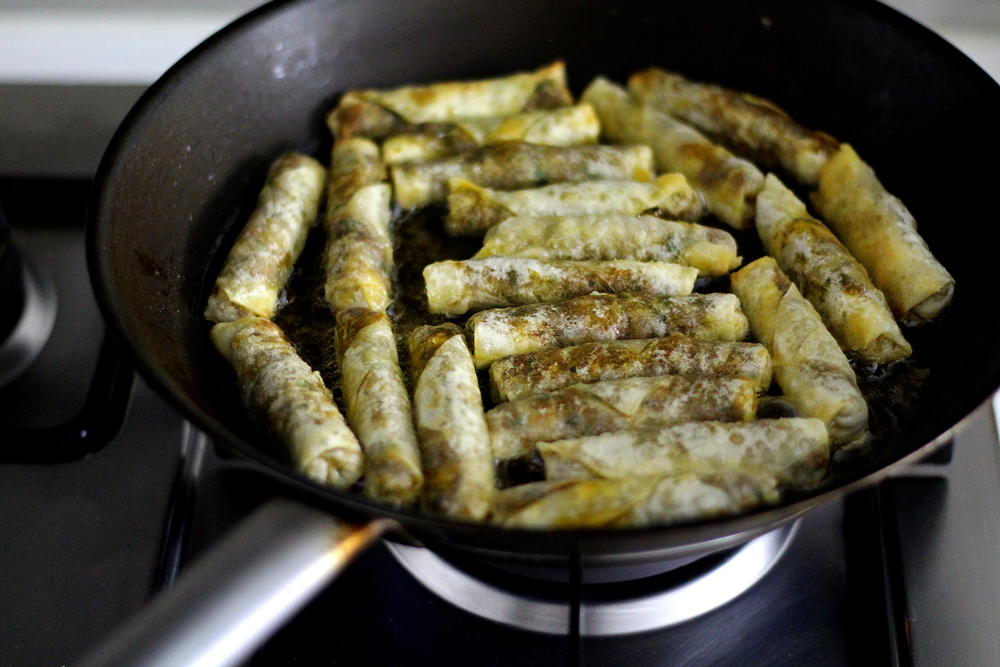 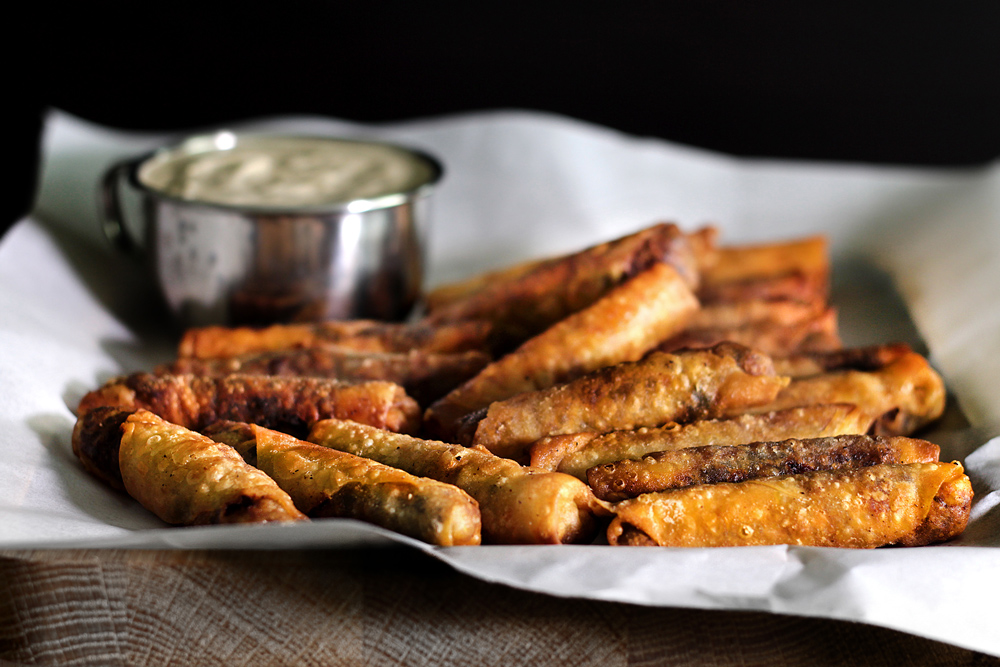 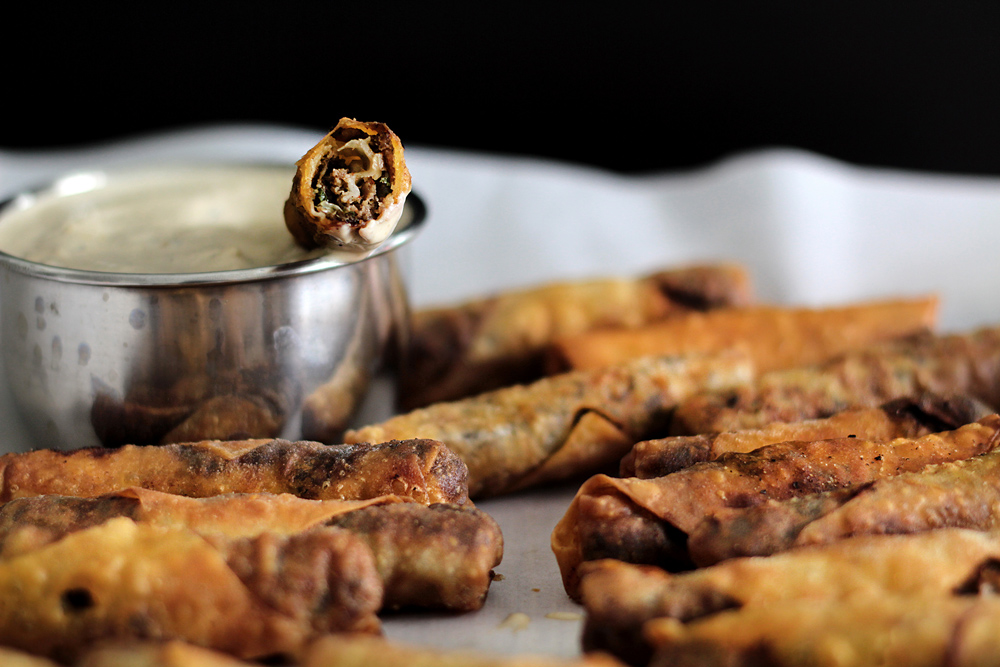 Believe it or not, regular wonton wrapper isn’t thin enough for what we are doing here, so we are gonna roll it out even further. But not all wonton wrappers are made the same. When shopping for it, always choose the white kind (instead of the yellow kind that’s used for dim-sum shuimai) that is super thin and preferably made fresh. If you can only find packaged wonton wrappers in the supermarket, cover it with a lightly dampen towel for 5 minutes before using, because the wrappers will need a bit of moisture to be rolled out.

If you (or your guests) aren’t lamb-people, you can substitute it with ground chicken or beef. Use 2 tsp of curry powder instead of 1 1/2 tsp of ground cumin. The best about this recipe is that it’s infinitely adaptable, and they keep super well in the freezer for whenever needed.

Ingredients: loosely based on Gourmet Traveller

To make the cooling yogurt sauce: Evenly whisk plain yogurt, creme fraiche, tahini sauce, grated garlic, ground black pepper and salt together. Refrigerate for at least 1 hour (or until needed) for the flavors to come together.

To make the spicy lamb filling: Heat up 2 tbsp of unsalted butter + 1 tbsp of olive oil in a skillet over medium-high heat, then add the finely diced onion and 1/2 tsp of salt and cook until the onions are soft and lightly browned on the edges. Add the minced garlic, grated ginger and cook until fragrant, then add the ground cumin, ground allspice, ground coriander, ground cinnamon, chili flakes and chopped cilantro. Cook for 1 min, turn off the heat and let the mixture cool slightly.

Add the onion mixture into a large bowl with ground lamb, cornstarch, another 1/2 tsp of salt, ground white pepper and black pepper. Mix just until combined and set aside.

To make the lamb cigars: Beat 1 egg with 1 tbsp of water to make egg wash. Lightly dust the working surface with flours. Take 1 wonton wrapper and roll it so it expands at least 1/3 more in size. The wrapper should be extremely thin that you could see your fingers when lifting it off the surface. Smear approx 1 1/2 tsp of the lamb filling across the center of the wrapper, leaving about 1/2″ (1.5 cm) of space along the edges. Roll 1 corner of the wrapper towards the center and stop at 1/3 of the way, lightly brush the remaining edges with egg wash, tuck the 2 side-corners in then finish rolling the wrapper into a cigar. Dust with a bit more flour and set side.

Repeat until you have about 15 cigars. Arrange the cigars on a floured plate without them touching each other, and leave it in the freezer to harden. As the first batch is freezing, finish making the rest of the cigars and freeze with the same instructions. Once the cigars have harden, transfer into a zip-lock bag and keep frozen until needed.

To pan-fry the cigars: Add enough vegetable oil into a large, FLAT skillet until it reaches about 1/4″ deep. Heat up the oil on medium-high heat, then arrange the cigars in the skillet to LOOSELY FIT as many as you can. Fry the cigars, turning them frequently as you go, until golden browned and crispy on all sides. Serve with the cooling yogurt sauce.

If you want to cook the cigars slightly earlier than needed, they can be re-heated and crisped up again in a 400ºF/200ºC oven. 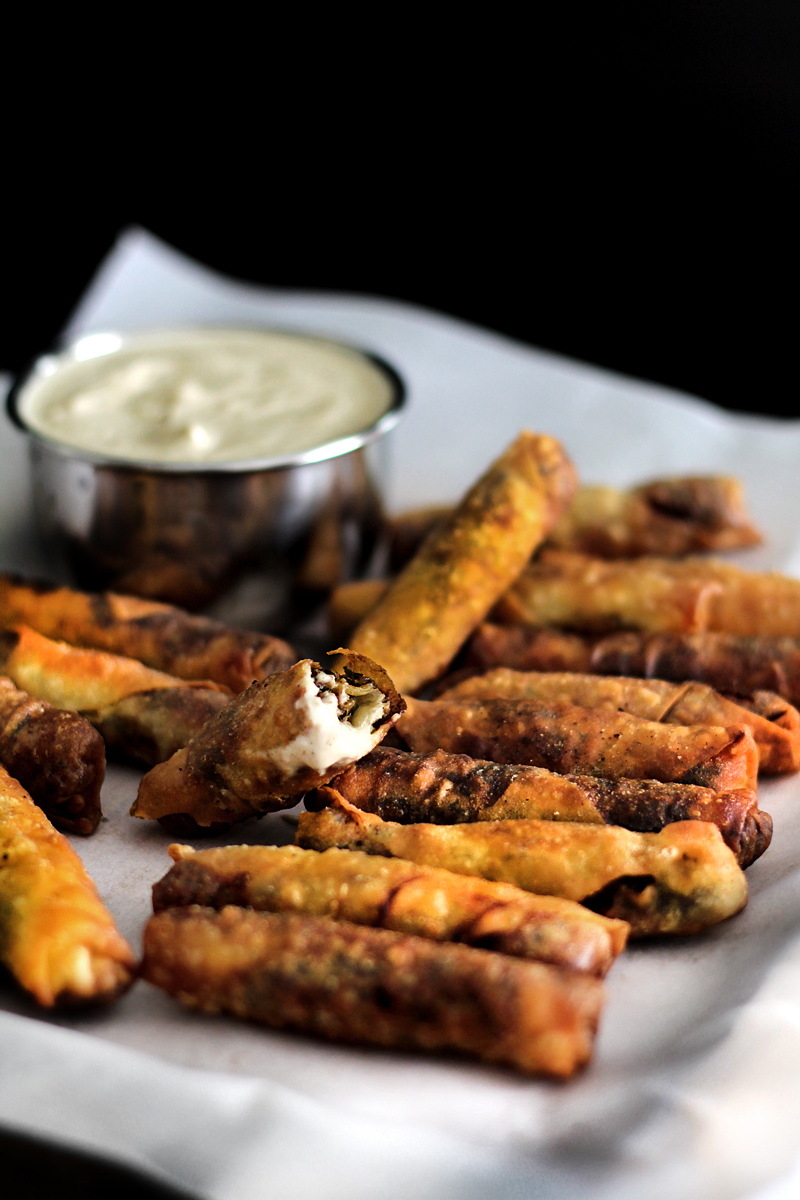