MEET “THE WALTER WHITE” – THE KINGPIN OF MEAT BUNS 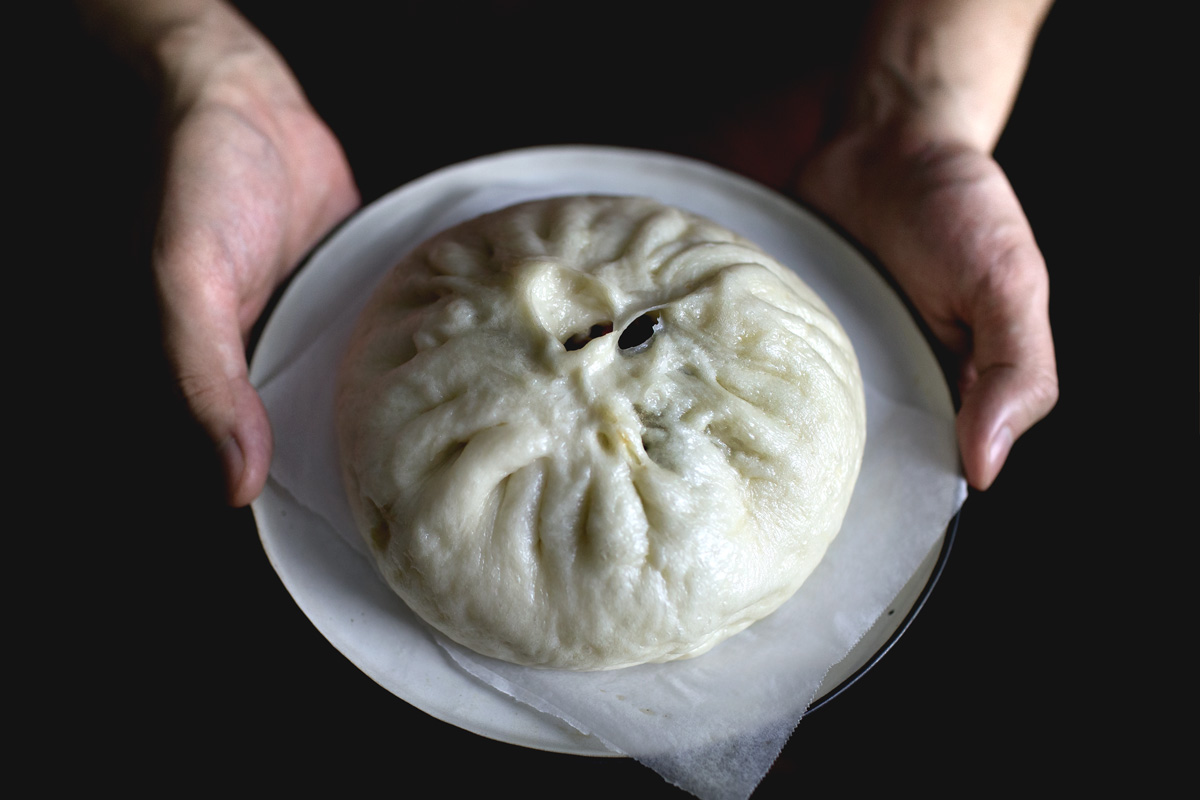 MEET “THE WALTER WHITE” – THE KINGPIN OF MEAT BUNS

PACKED WITH A WALLOP OF SCALLION GROUND PORK, A PIECE OF BRAISED PORK BELLY, ONE BRAISED SHITAKE MUSHROOM, ONE SALTED DUCK YOLK AND CHILI CONFIT, EACH BUN MEASURES 5 1/2″ (14 CM) IN DIAMETER AND ALMOST  1 LB (450 GRAMS) IN WEIGHT

IF THIS ISN’T CRIMINAL, I DON’T KNOW WHAT IS

There’s something about me unknown to most.  I have a sickly obsession for Chinese steamed pork buns.  Sickly, I said.  I think it was a childhood trauma that I developed in my earliest memory, over one afternoon by a hungry swimming pool when it was given to me as a snack, but I never suspect it would follow me ghostly into adulthood like an unsociable kink.  Ask my husband who never understood any of it, that whether it is placed on the table of a proper restaurant or abandoned in the metal cage of an electric warmer inside any 7-11’s in Asia, or even just a carcass of it laying on the asphalt being picked by a mob of pigeons… you put a steamed pork bun within my perimeter of sight?  And you’re likely to achieve a deer-in-headlights reaction from me.  Yeah.  Throw a steamed pork bun in front of me while I’m crossing the street?  And you can watch the progression of a human-roadkill unfold with captions, NatGeo-style.  I wish I could say that this is where the embarrassment stops, but no.  Thing is, size matters, too.  Even though we all know that size does not imply superiority or function, but as far as steamed bun goes, it is fair to say that I like’em as unapologetically as how men like their boobs.  Maximumly enormous for no good reasons.  I know, it’s completely shallow, illogical, utterly fantasy-based.  In fact, overly large steamed buns usually mean overly thick doughs and little fillings, and for the past 35-some years in the ever-pursuit for “the one”, big or small, I hardly found a steamed pork bun that I actually like.  I just believe that it’s out there.  It is an obsession supported only by faith, that as long as I bite into every single steamed pork bun that comes across my path, that if I just do that, then someday somewhere, I would find the one.  And that day came. 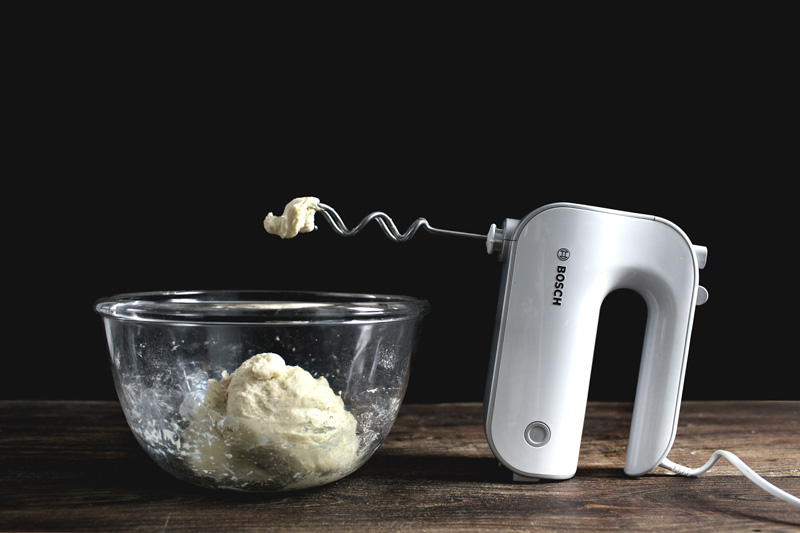 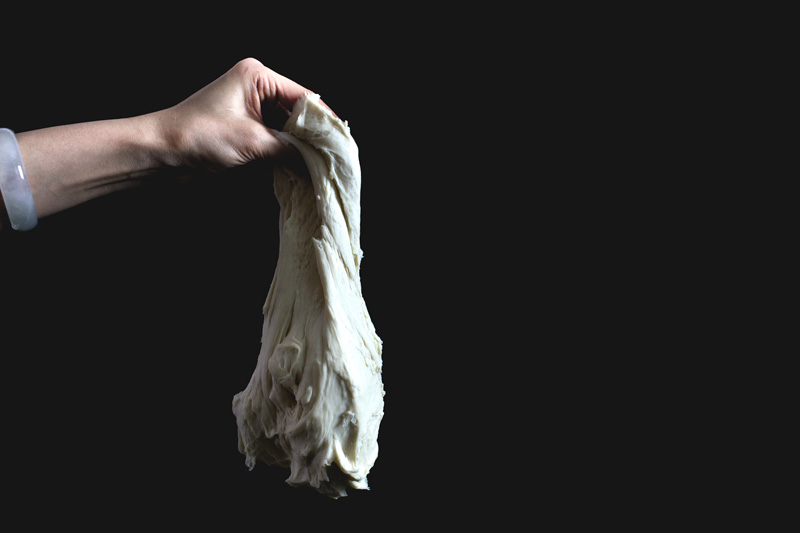 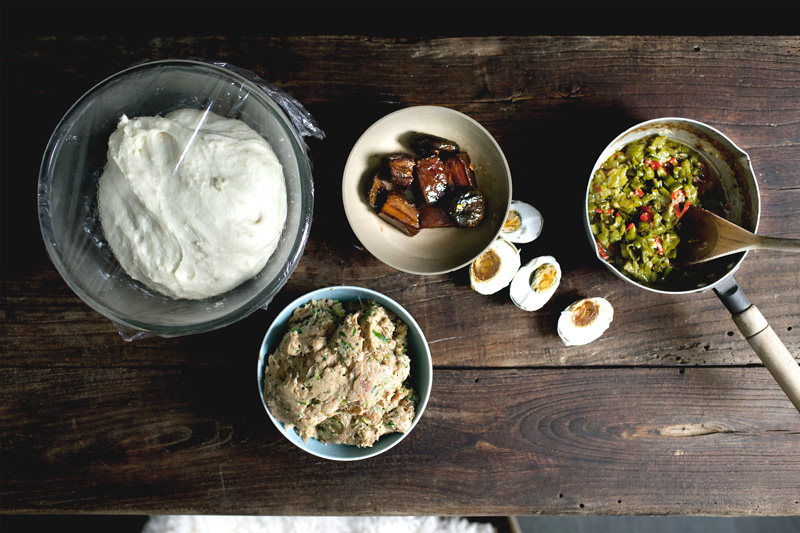 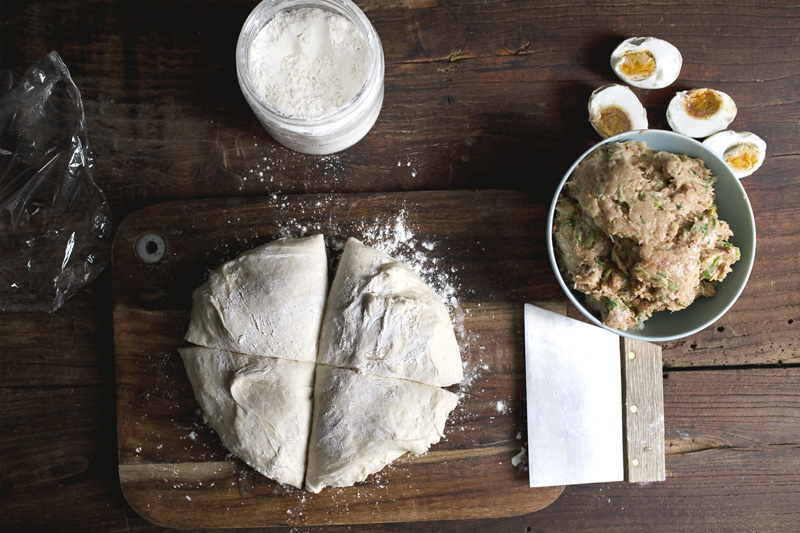 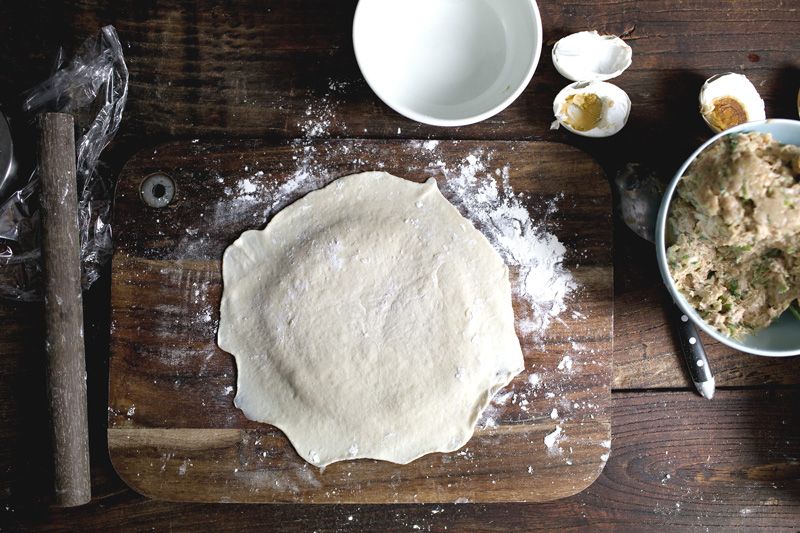 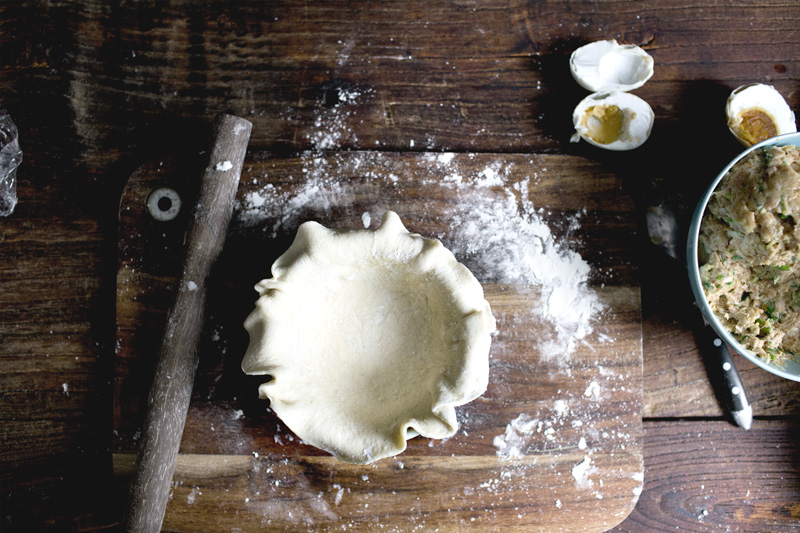 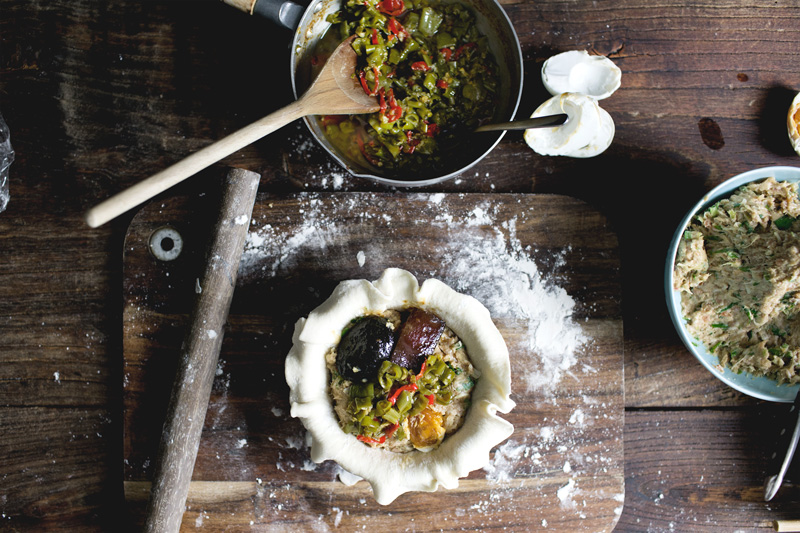 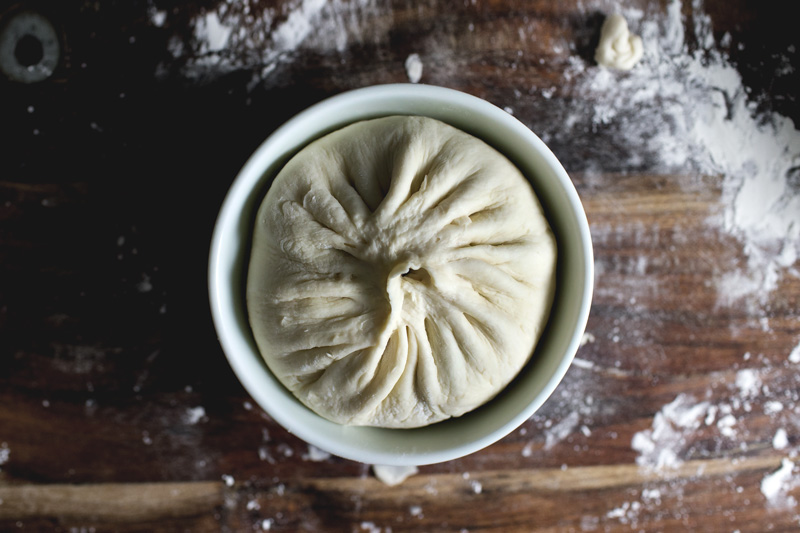 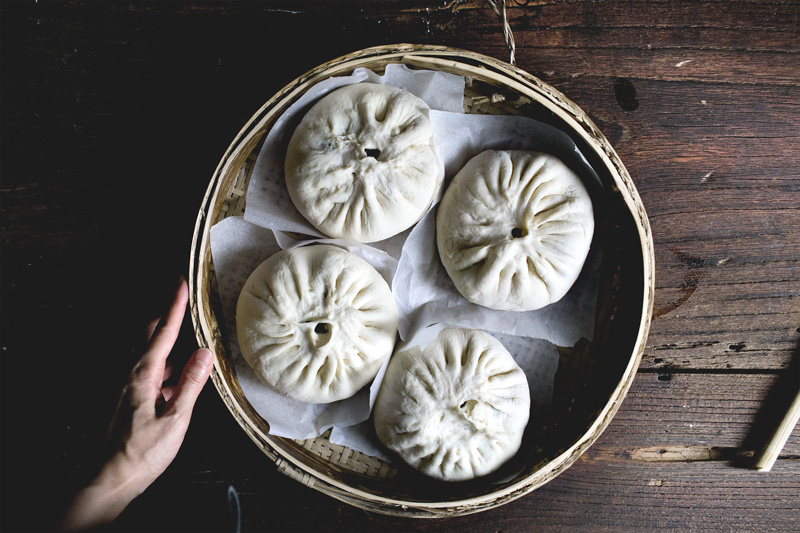 That day, on a busy Beijing street where I’ve overlooked all these years, I found the bun of my dreams.  Huge… colossal… almost comically sized, it was the steamed pork bun I’ve always wanted, with soft but chewy dough in the optimal thickness, filled with flavourful, savoury and non-soggy filling that was a complete meal on its own.  It almost made me forget about the “but”… well…  But, the only thing was… there was practically no pork.  Fuck.  Perhaps it’s the traditional way, perhaps it’s even the healthy way, but there was about a whole damn cup of diced cabbage, even though nicely seasoned if I might add, with only about one tbsp, one lousy tbsp of diced pork!  Now that, that really pissed me off.  It might as well be called, the almost vegetarian pork bun.  What was I to do?  Could I right this wrong?

Three days later, I think the question is, did I or did I not overdo it?

Behold… of this thing that I created…  What should I call this fine specimen of human greed, I asked myself…?  It’s gotta be something absurd, something inherently wrong… immoral almost.  Because, if that “dream bun” I found on the street was NY-style pizza, this is deep dish.  Each bun is packed with a wallop of scallion and ground pork filling, one piece of braised skin-on pork belly, one while braised shiitake mushroom, one salted duck yolk, and as much The Mean Santa chili confit to my heart’s content, and measures 5 1/2 ” in diameter and almost 1 lb in weight.  Stuffed within its baby-bottom-like, supple but chewy and slightly sweet dough, is its ambitious true self that deals in rampant pork fat, the richness in salted yolk, the spiciness of stewed chilis, and an overall ruthlessness for insatiable flavours.  If this isn’t criminal, I don’t know what is.  So my friends, as much as our pop-culture demands as it is fitting, between this and “El Chapo”, I’ve chosen…

The Walter White, the kingpin of meat buns.  And I hope, it meets its gloriously tragic death, in your tummy. 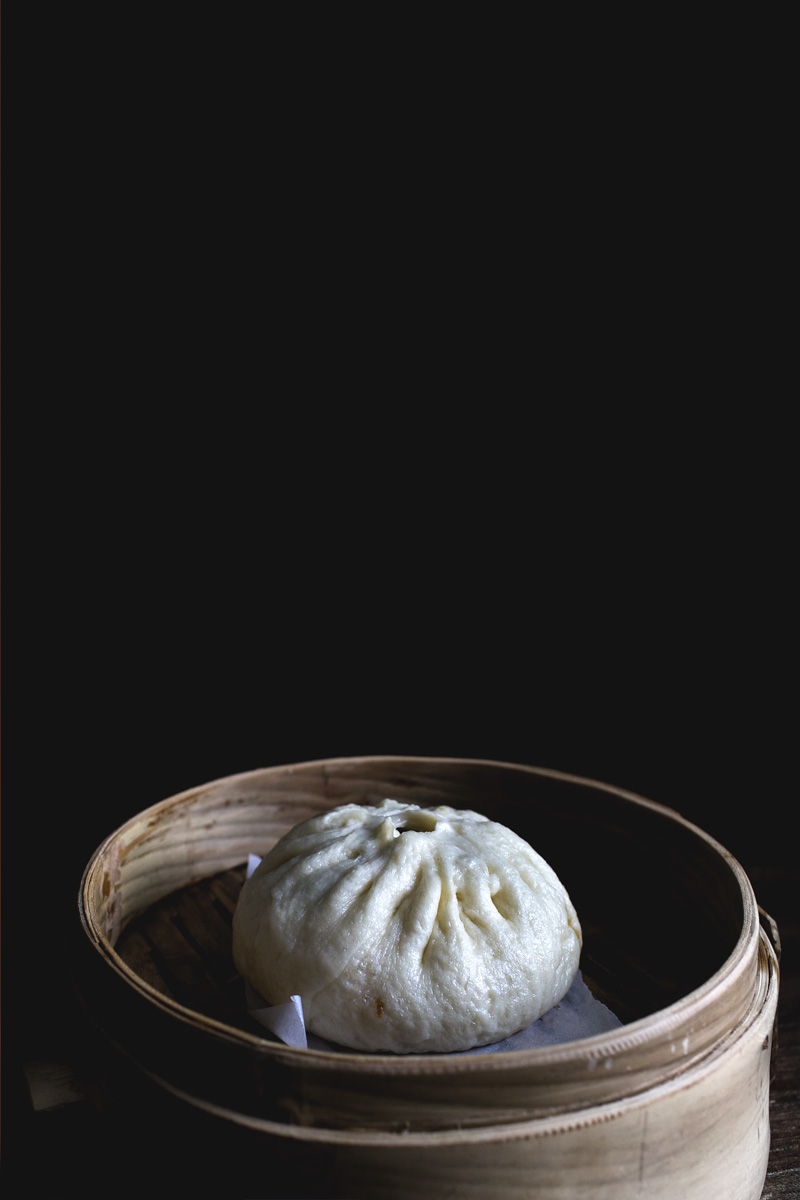 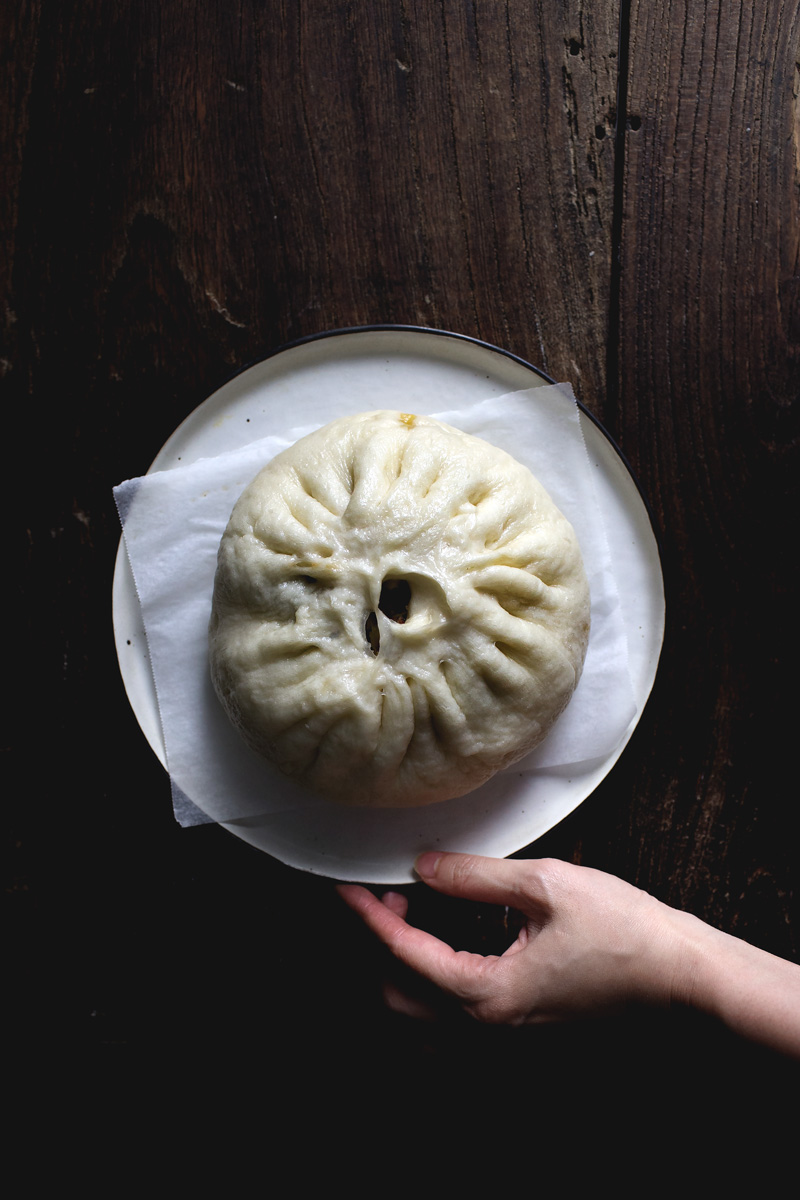 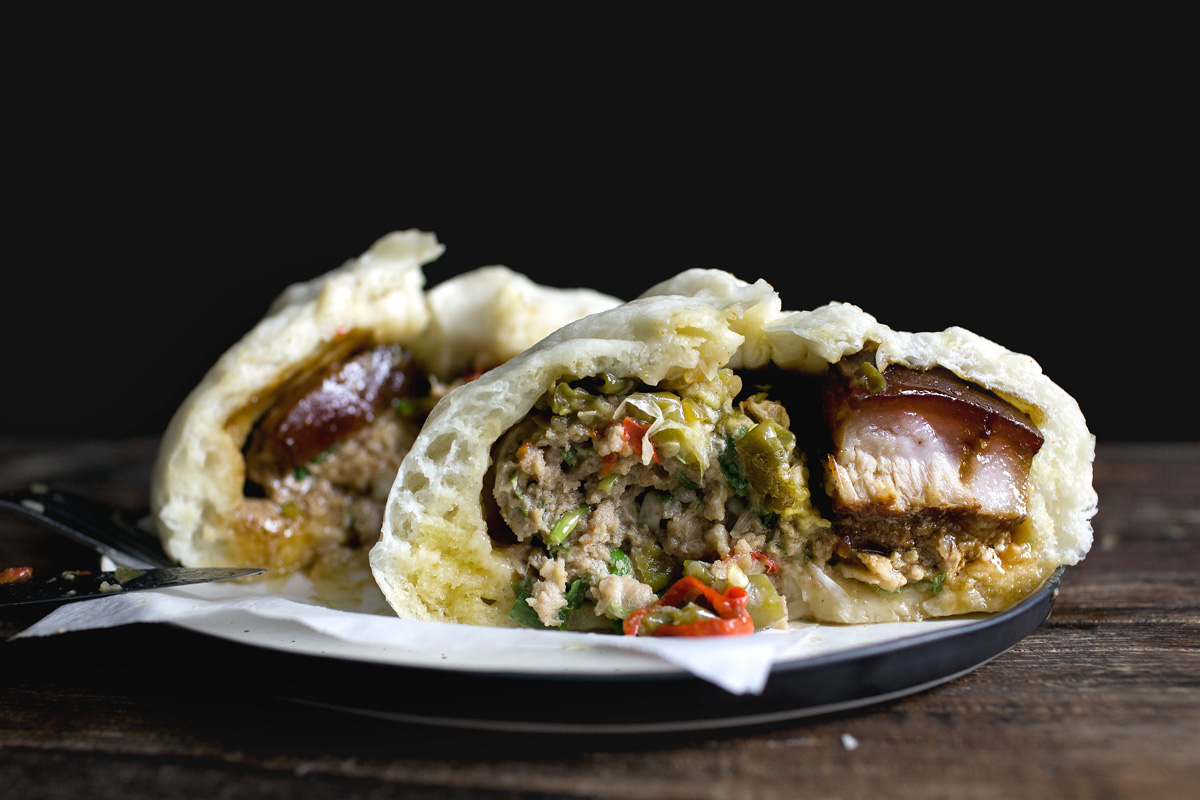 You can make the filling of the buns as elaborate or as simple as you like, with the pork-scallion filling as the basic foundation, and consider the braised pork belly, salted duck yolk and chilis confit, or any combination of them, as "optional".

I ran out of dark soy sauce for this recipe, but you should use dark for a better color of the pork filling. 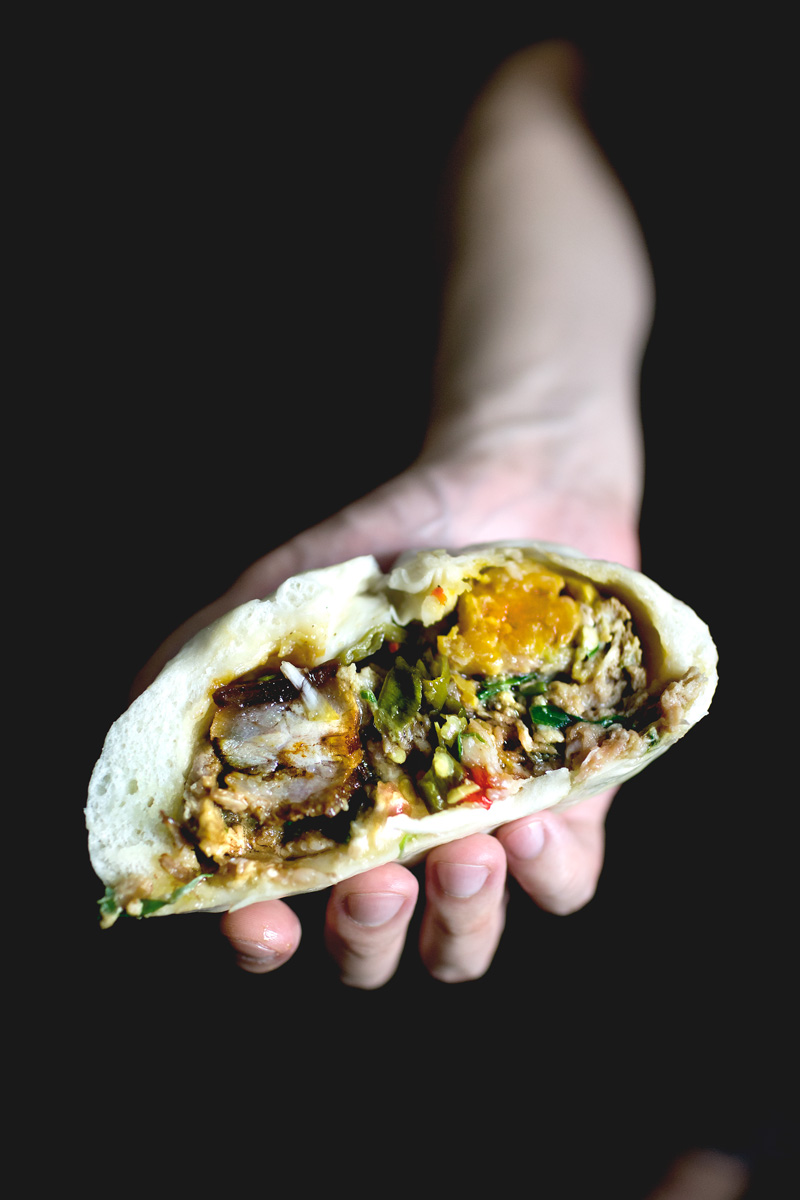