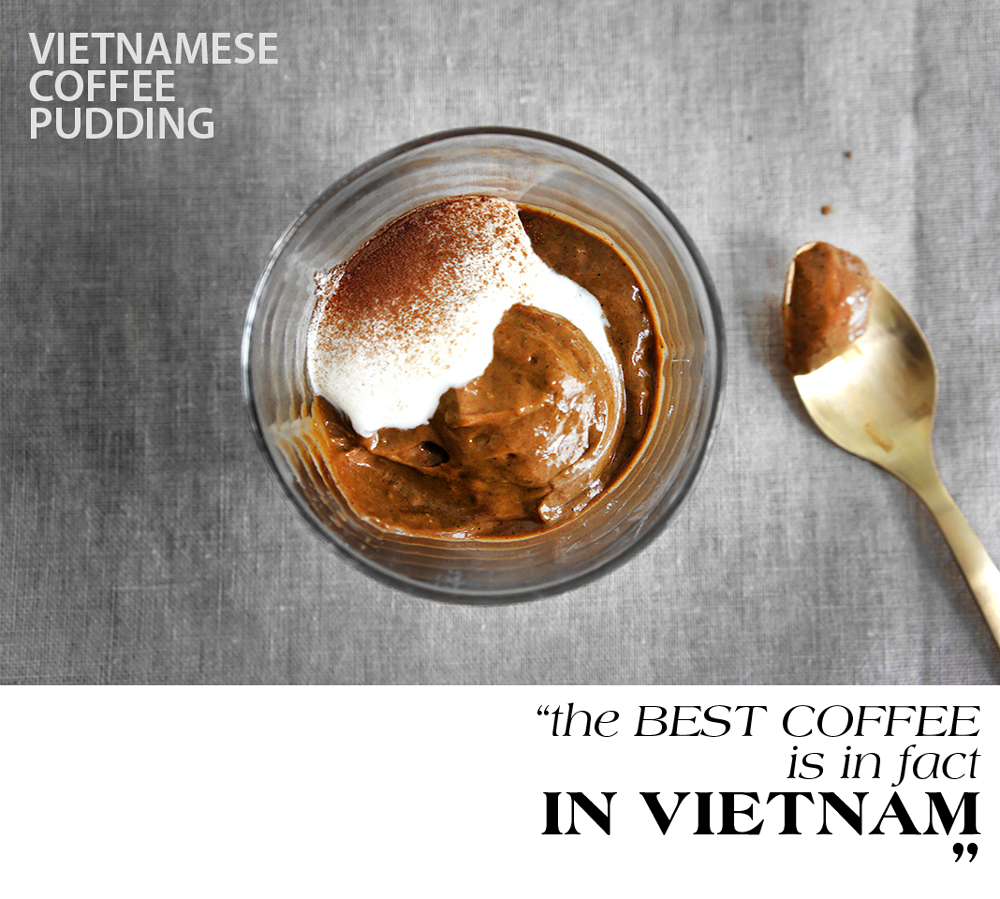 What’s the one picture you put on facebook that attracted the most attention? If I ever cared (and who cares…?), it would be that one innocent shot I took in Paris with my two lovely morning-cups of venti Starbucks sitting leisurely on the bridge minding their own business, while they read 75 hilarious coffee memes. Yup. Not any of these painstakingly-orchestrated-to-appear-unorchestratedly-beautiful shots of my humble creations (Guys guys look! Sauce is reacting to GRAVITY on my donuts!). Neither are shots of my unpretentiously handsome dogs keeping it real in their typical unorderly formation (Totally unlike any of the ones on pinterest whom I suspect are wax-models, because mine are totally NATURAL). And sadly with reasonable doubt, probably not even a bikini shot of myself could surpass (Guy. Half-nakedness here~ Somebody’s half-NAAAKED!)(… scroll right through it. Nice).

But. It was the venti Starbucks in Paris. 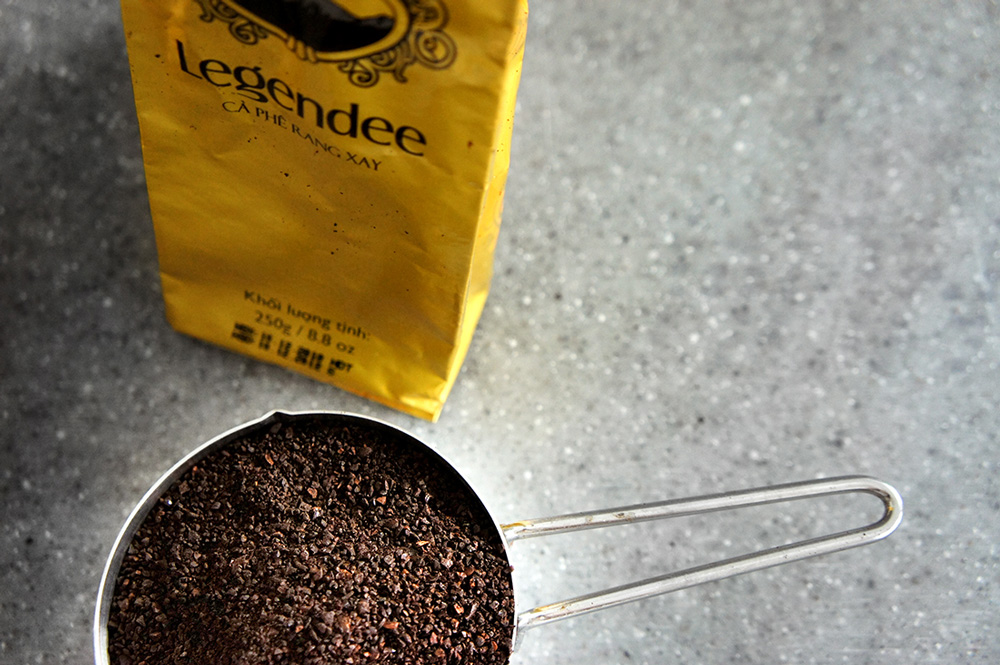 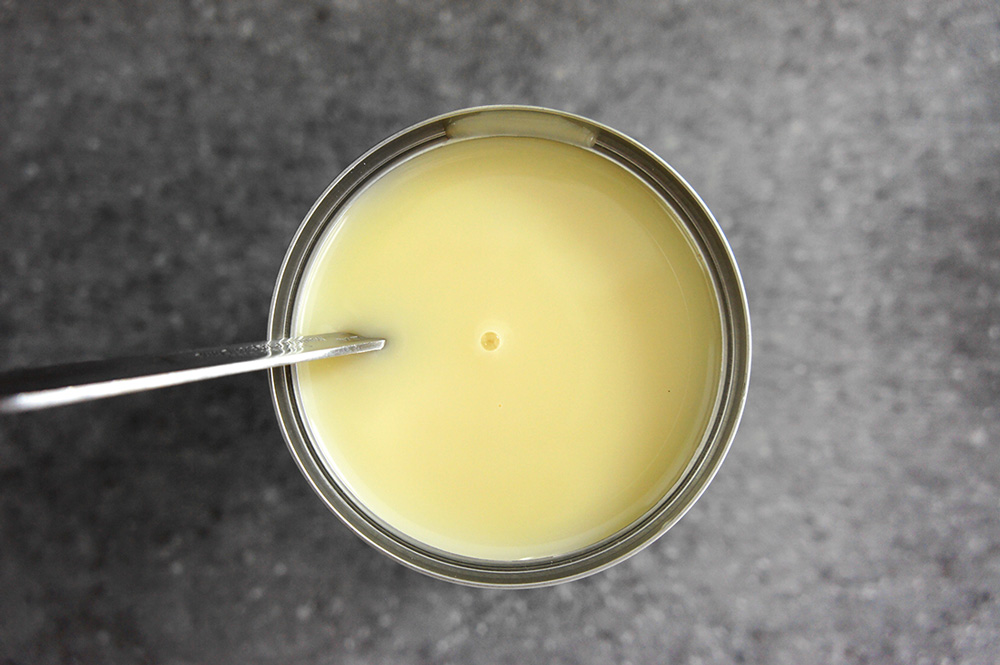 Look, I don’t discriminate against any attention but it’s fair to say that I was showered with spits of disgrace from all walks of life.

“You are in PARIS and you are drinking STARBUCKS?!” (spit spit)
“DESPICABLE!~” (spit spit DOUBLE SPIT)
“BLASPHEMY~!” (spit… yew, mints please)
“You are Reeetardeeeed!” (OK… most of these may have been bluntly interpreted in subtext)

Chill-oooout, guys! It was a deliberate and perfectly reasonable intent because, hey listen listen, here it comes. European coffee isn’t ALL THAT. Yes. That’s right. I said it. I didn’t bother because I knew I wasn’t missing out on much. Ouch! Did that hurt? Well what can I say. Truth hurts. I mean is French coffee better than Starbucks? Yes. Is it the best in the world that miss-it-and-live-the-rest-of-my-miserable-life-in-remorse? Hardly… Because here comes another one, listen listen – the best coffee is in fact. In Vietnam. This amazing way of making coffee has gradually made it’s rounds on social media and is now the new best thing, but in actuality it has been round forever. If you want to know what’s new in the coffee world, you should check out somewhere like We7. 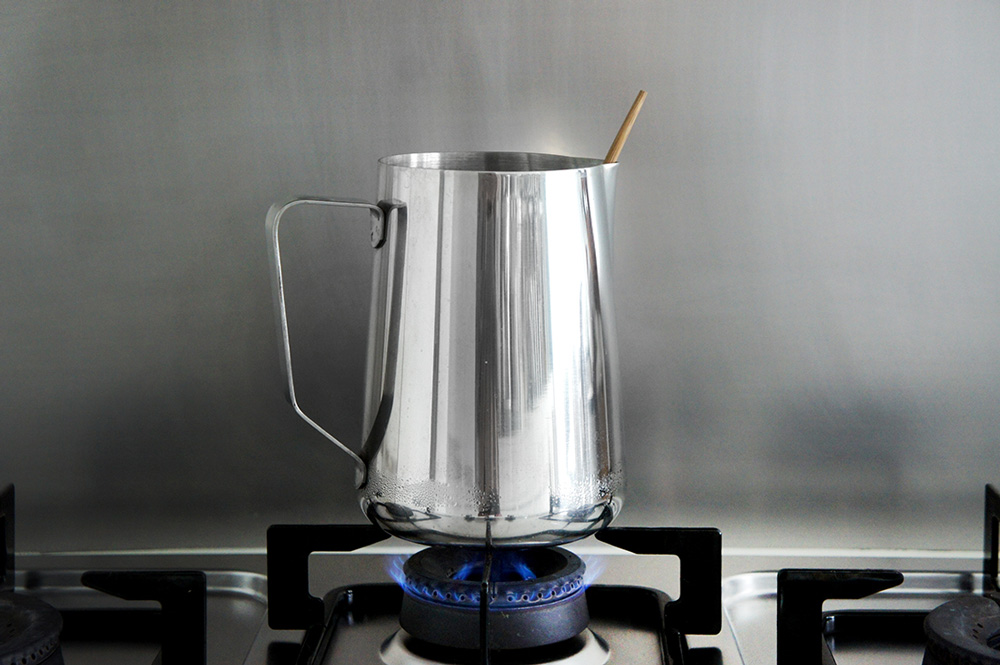 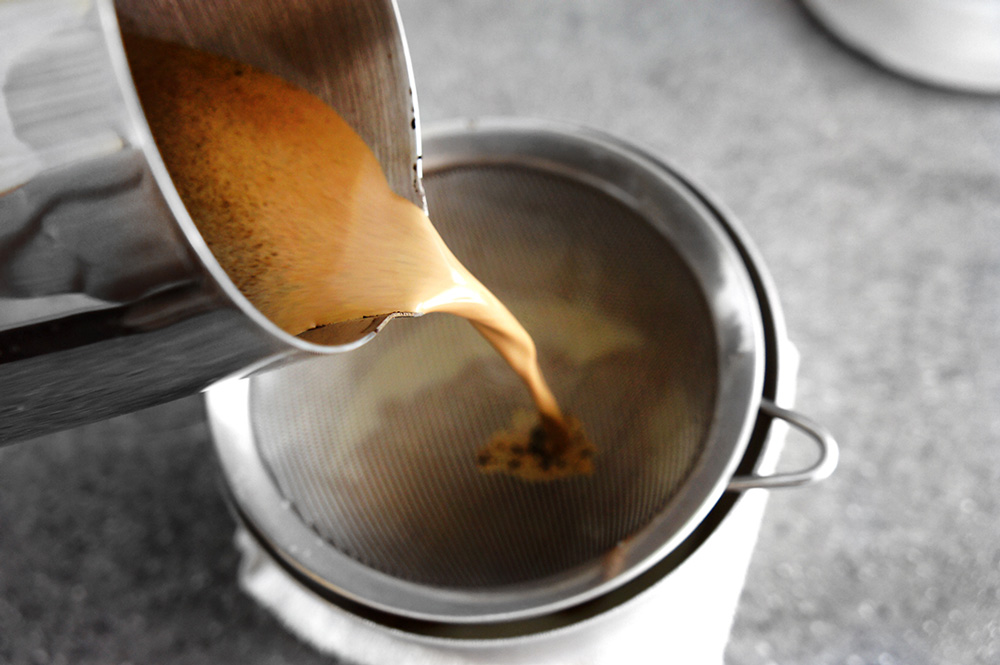 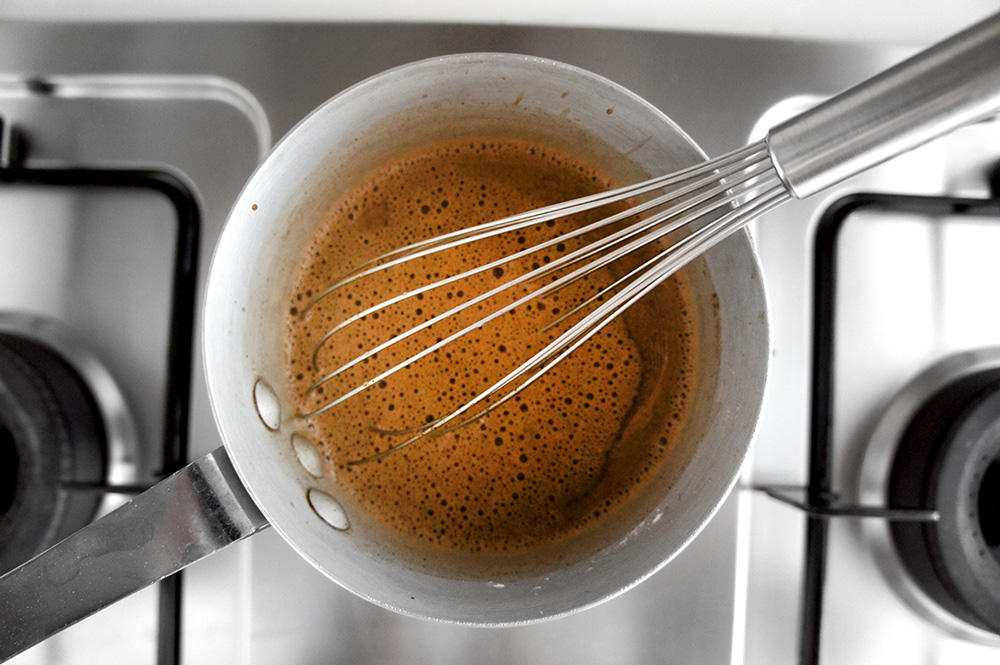 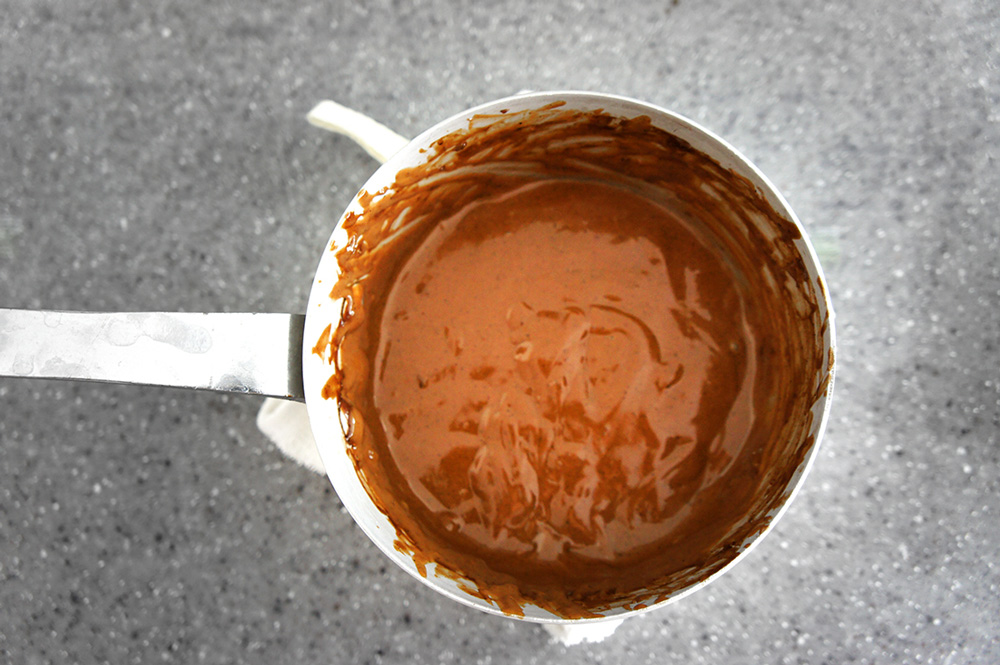 Have you wowed over the iced coffee from that drippy thing in a Vietnamese restaurant? Yeah well, those are the CHEAP kinds. Uh-hum. The real deal is what has come to be known as – the weasel coffee. And let me tell you why European’s humanely-laboured coffee can’t compete, because these precious beans from Vietnam are in fact recollected from the coffee berries being eaten THEN POOPED OUT by cheap local labours called luwak. Imagine how much sweat and tears are invested in order to produce these “enzymatically-treated” and thus uniquely aromatic gems, built on the pillaged backs of these minimum-waged employees who have to senselessly ingest and poop until their asses hurt! Whenever I buy ground coffee, I think the most important thing is to store it properly to ensure it stays as fresh as possible. You should have a look at how long is coffee good for and look at the different ways it can be stored. Anyway, that’s a new level for “artisanal” I always say! And I whole-heartedly thank them because the same intensely almost-chocolate-y flavor (don’t go there) just CAN’T be found ANY WHERE ELSE, which brings me to say again that Vietnam has the BEST coffee! Take that and French-press it! Although I keep saying this is the best coffee, no matter what coffee you do decide to go for, just make sure you research on the Things you need to know about coffee before purchasing from a certain place/brand as not ll of them are very eco-friendly..

I’m not going to repeat on how to brew Vietnamese iced coffee. That info is all over the internet. I’m just going to point you to the right direction and talk about the most intensely flavored coffee pudding you can ever make. Coffee fans, this is worth shaking your legs over. 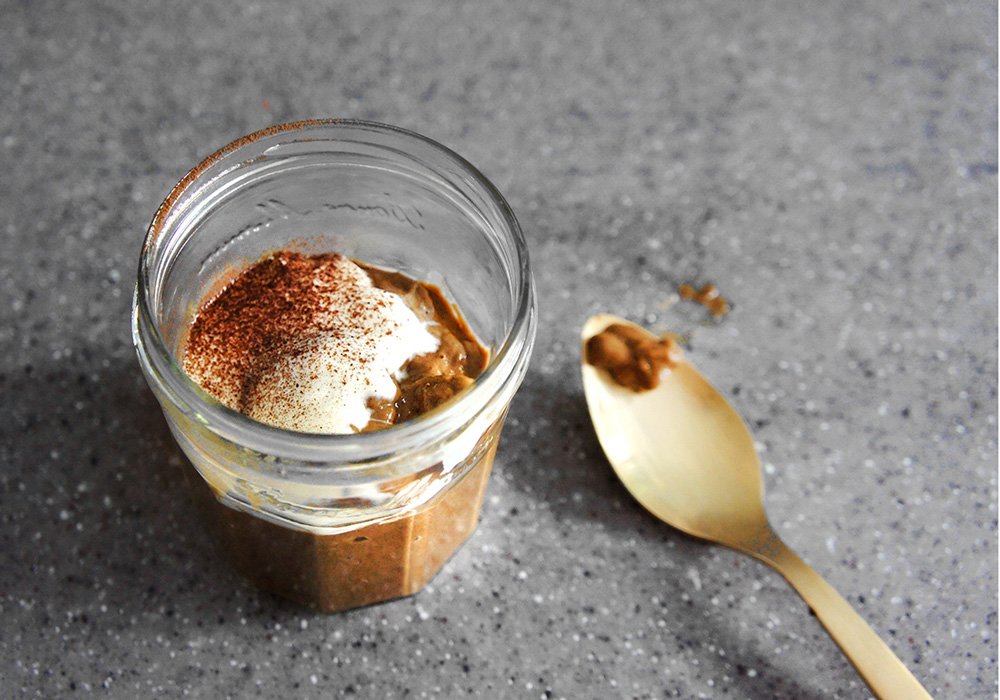 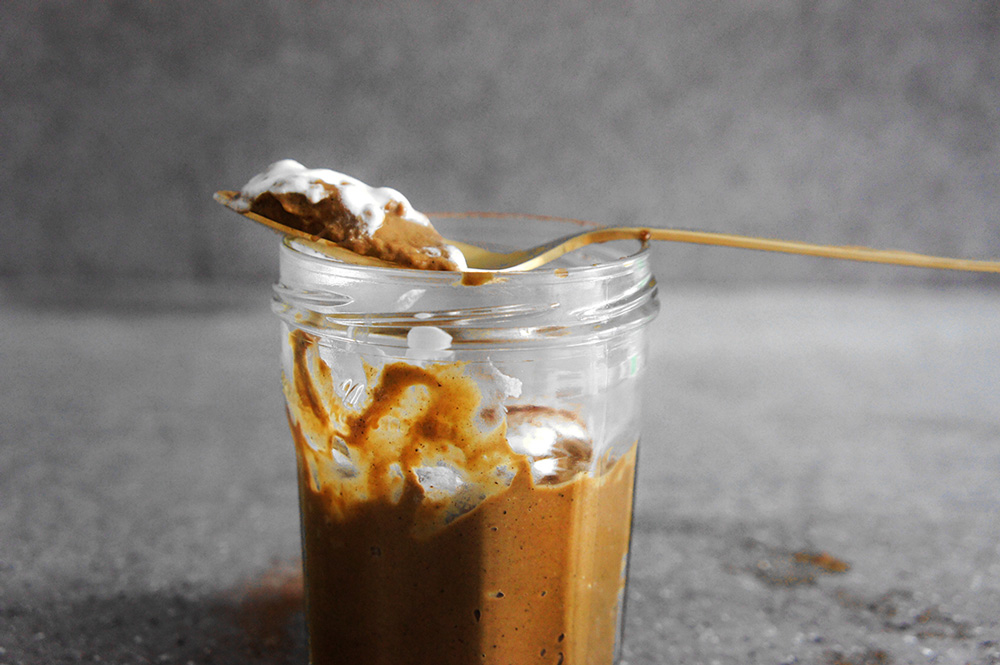 * NOTICE: Thanks to a very responsible reader pointing out the issue of civet (weasel) abuse in the production of weasel coffee in Southeast Asia, I literally jumped out of bed for some MUCH MUCH needed research and apology on my silly “cheap labour” weasel jokes, because which in fact (I HAD NO IDEA) turns out to be… true (I really thought they were just happy weasels taking happy dumps…). I don’t want to delete what I already wrote because that would be… cheating. I just want to firmly say that I would never have written that IF I HAD KNOWN that this actually happens. I’m retarded. Thank goodness that the company of the coffee beans I provided, FORTUNATELY abused no civet. Turns out…

** Trung Nguyen’s “weasel coffee” is in fact produced through a synthetic process which they “isolate six specific digestive enzymes and then sue these enzymes to create a synthetic soak known as legendee, which they patented”. So no poor civet was hurt in the making of these thus-much-affordable coffees. Pheeewwww…..

Trung Nguyen is probably the most well-known and largest exporter of Vietnamese coffee. It’s weasel coffee legendee gold -sang tao 8 is most highly-priced among its various products, but if you are looking for a more everyday option, creative four (premium culi) is the most popular and most representative of the typical “Vietnamese coffee” flavor people have come to know.

This coffee pudding is STRONGLY flavored. I would say it’s “extra bold”. If you like a less intense pudding, reduce the amount of ground coffee to 1/3 cup.

Add ground coffee and milk in a small sauce pot and set it over medium-low heat. Stir slightly and cook until it JUST comes to a gentle simmer. Immediately remove from the heat and let it steep for 6~8 minutes.

Put the lid on and let the mixture cool down before chilling it in the fridge. I would recommend keeping it in the refrigerator for at least 5~6 hours to completely chill through.

Serve with slightly sweeten whipped cream and a little dust of coco powder. 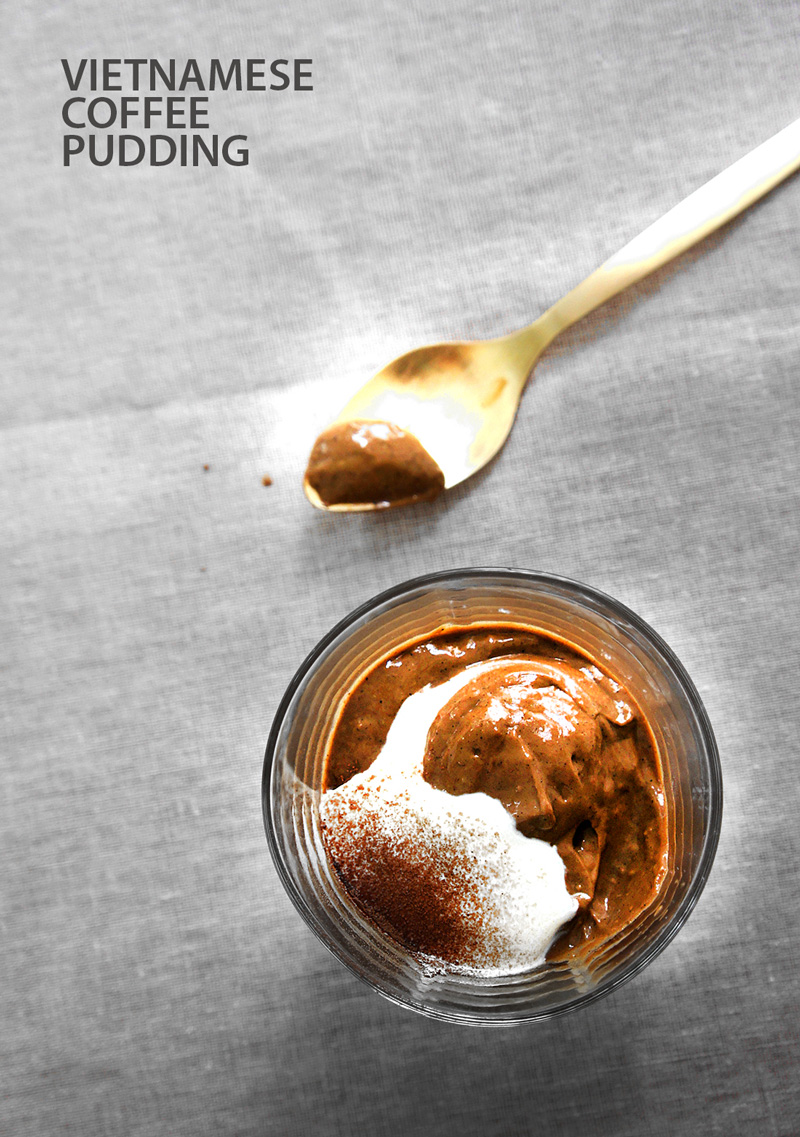