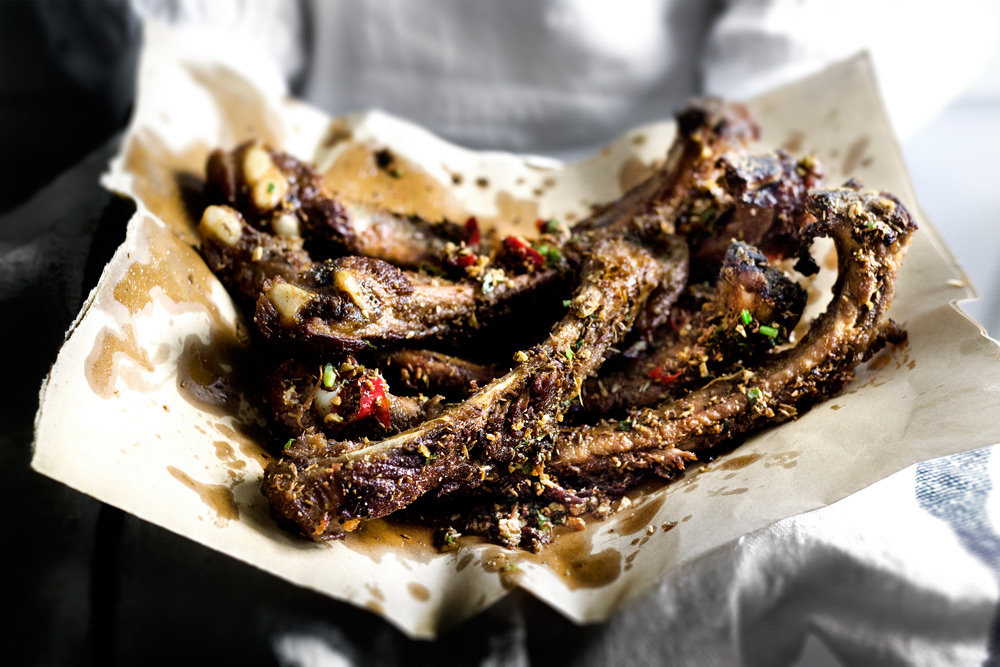 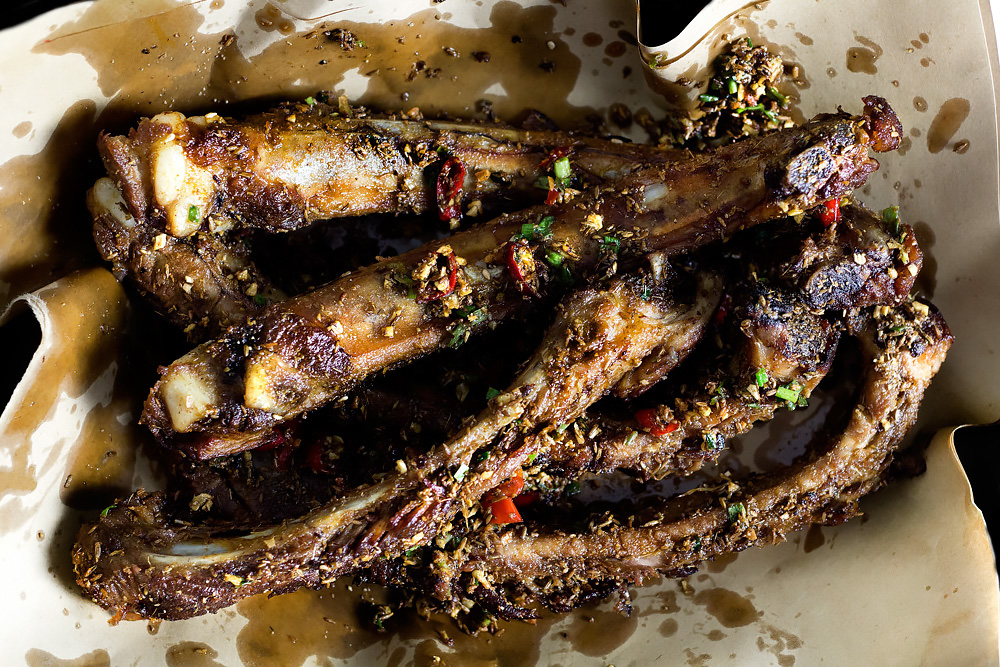 DON’T GIVE ME THE BULLSHIT, IN THE END, DO I TASTE FREAKING-ABSOLUTELY AWESOME?

To be honest, I don’t think I have ever truly enjoyed BBQ ribs.  It has always been, to me at least, more enjoyable as an idea – the smile of the pit-master, the black smoker hissing under the Southern sun, the sense of all American lifestyle – than in actuality.  In actuality, I’ve been waiting my whole life so far, to be impressed, turned, proven wrong, by something that I so desperately would like to grow more fond of.  But in the end, picking at a pile of ribs that are often borderline dry and overly sweet, I always ended up wondering if I have missed something.

This isn’t to say, the rib’s problem.  In fact, any form of scanty meats adhering to a disproportionate amount of bones, that requires bare hands and  sheer fangs to tear down, I’m there.  In fact, the rib-hole that had been ironically left hollow in my long years spent in holy BBQ-land, was immediately filled and nurtured within a month after I moved here, by the most unlikely of all cuisines.  A Northern Chinese creation called, cumin spare ribs.  Typically you wouldn’t think the word “mild” is the most associated vocabulary for American BBQ ribs, where plenty of spices and smokes coincide in effort to achieve the opposite.  But when put side by side with Chinese’s answer to finger-licking ribs, that’s exactly how they will appear. 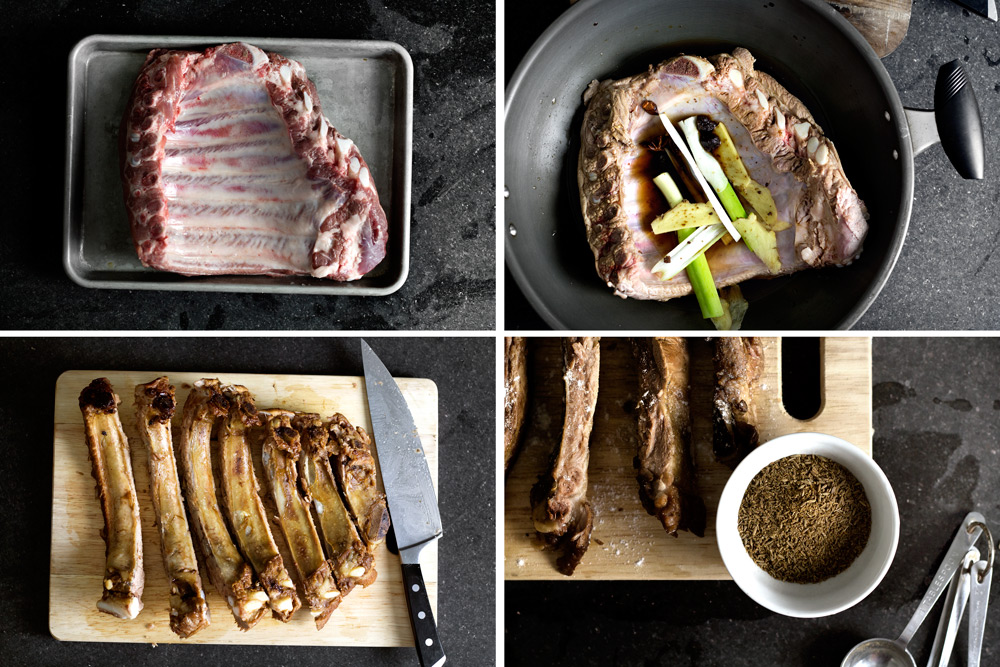 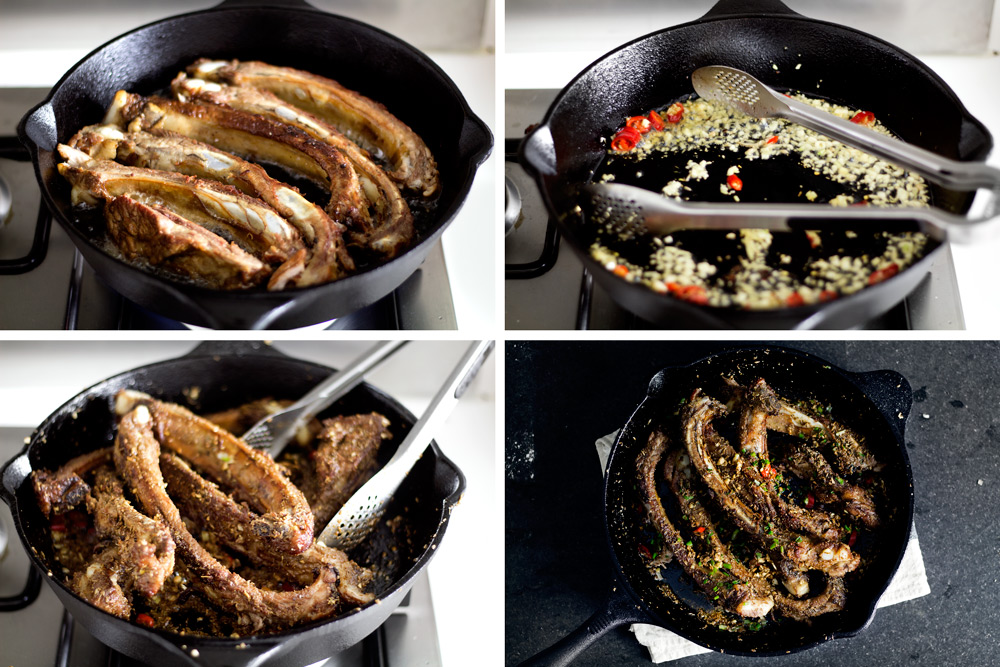 Cumin spare ribs don’t prove themselves by counting the hours they sit inside a black box (to dry out…).  They don’t wear the types of smoking woods on their shoulder to buff their credentials.  They don’t need the illusion of lifestyle and tradition for facade.  Cumin spare ribs don’t give a fuck about nothing else but one, and one thing only.  Don’t gimme that bullshit, just in the end, do I taste freaking-absolutely awesome?  And the freaking-absolutely YES-answer to that, breaks down to two factors – moistness, and flavours.

Here, a colossal slab of spare ribs usually with the rib-tips attached, is marinated for a few hours then cooked to gelatinous tenderness, in exclusively wet heat.  Either steamed, or for the convenience of some, wrapped in foil then baked, the wet heat allows the vulnerably thin layer of rib-meats to keep most of their juices and fat.  Then, and then, comes flavours.  Each ribs separated by their natural segments, dusted with just a whiff of thin flour, then shallow fried until golden and caramelized on all side.  Fried ribs, people, can there be more than that?  Well, yes!  Yes there can.  Because these babies are then tossed in a fir-storm of fried garlic, ginger, red chilis, scallions, ground white pepper and most of all, an obscene amount of smoky, bold and coarsely ground whole cumin seeds, to finish.

The combination, is lethal.  The dish, is addictive.  At the end of the tunnel, through a cloud of smoky, spicy, pungent and barbaric tearing of the meat off the bones, the only clear thought left capable to be composed, is pure happiness.  And the idea of BBQ, mentally and physically, miles away. 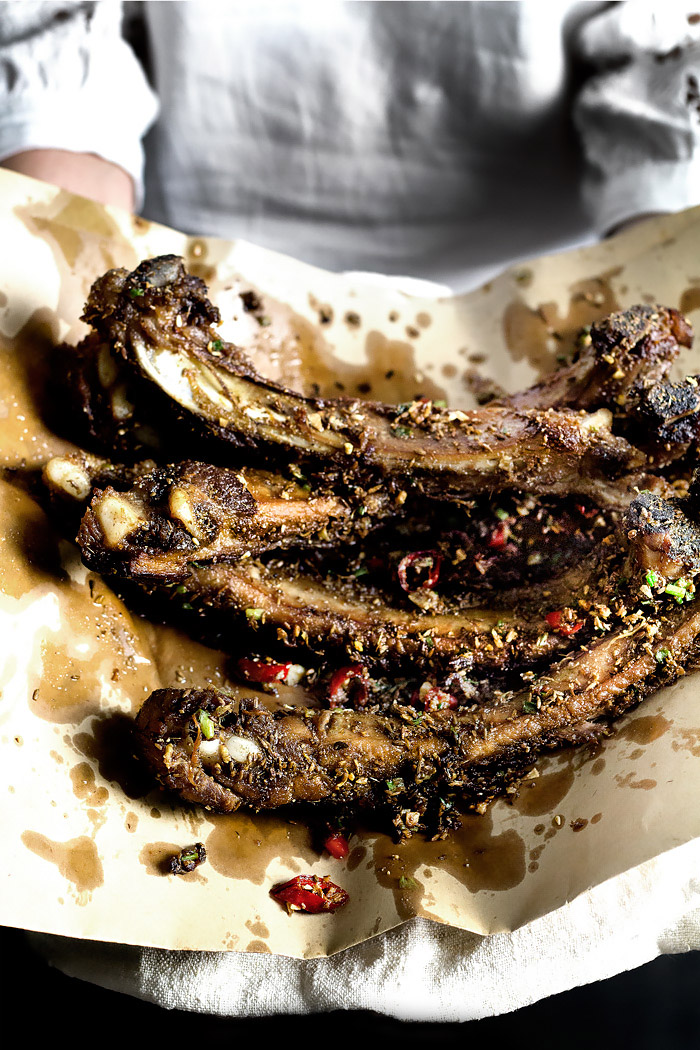 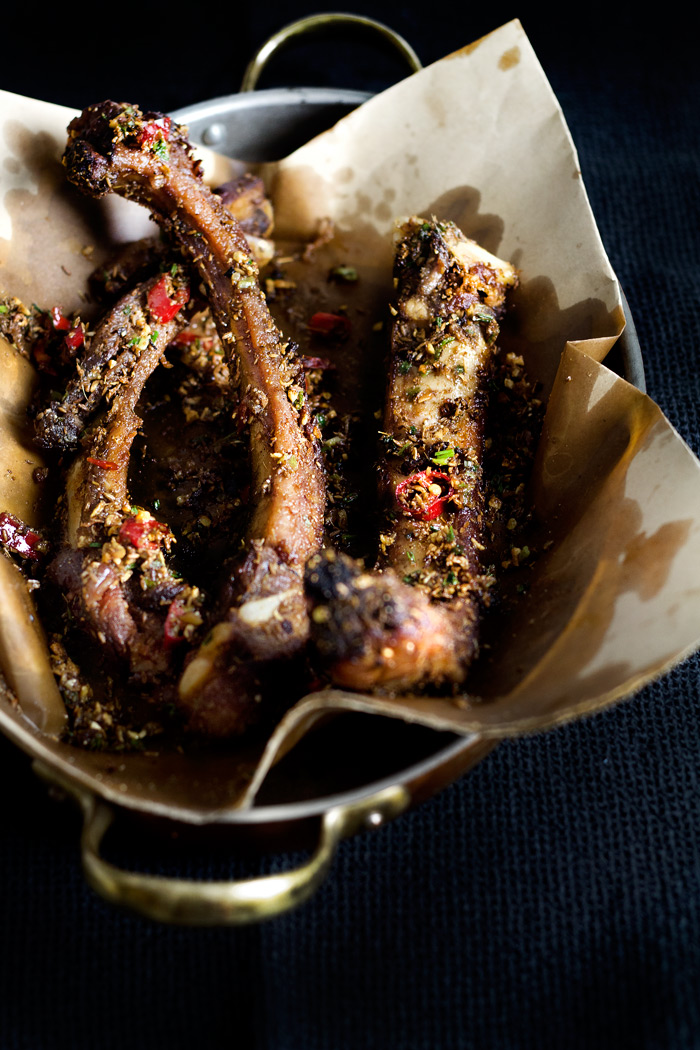