Paris, Where Have You Been All My Life?

Paris, Where Have You Been All My Life?

Just the fact that they didn’t compromise the integrity of the city for real estate, makes me kind of believe in (sorry…) socialism. Apparently all buildings except for one (ewww… Trump, is that you?) in central Paris cannot exceed 6 stories tall. So what? It unveils the vastest, most beautiful sky I have ever seen in an urban setting. New York, I love you, but you ain’t got a ceiling this nice. It could possible be one of the best hotels in central paris but who knows. My pitiful collection of vocabularies fails miserably. Just look at it! Carefree clouds floating in a mesmerizing, SOUL-SUCKING blue. Tell me that doesn’t look like a Pixar’s movie!, in which I’d be the ghost of an old lady happily traveling in a balloon-lifted house…

Damn, so this is what earth is SUPPOSED to look like… Shame on me for forgetting.

Being from New York, an instinct of guilt is inevitable when praising another city to this extent. But New York feels like home. Paris feels like… a dream. Omg, why am I talking so cliche and lame? And why is it so annoyingly true! If it weren’t because of the completely unexpected freezing cold and rain (the weather literally went between LOL to WTF like five times in a day) had “curbed” a bit of my “enthusiasm”, leaving would be all too much to bear. 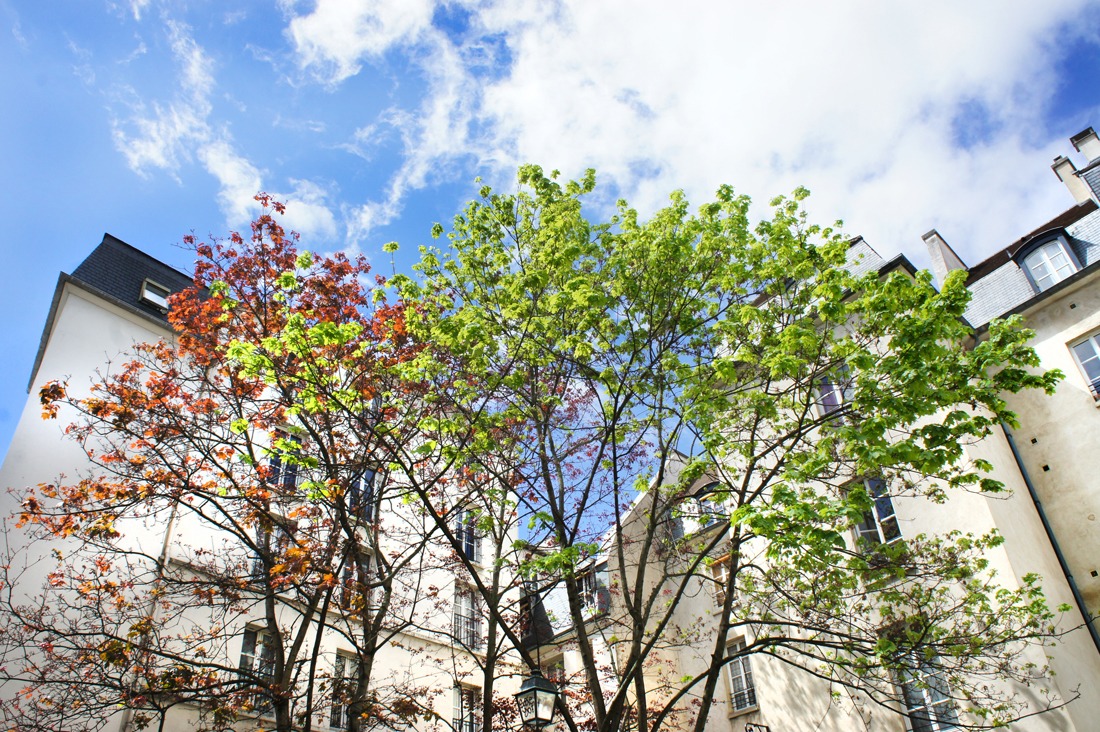 But this is a food blog after all, so let me talk about that. In all honesty, I have worked quite hard to maintain this blog, so I do want to give you guys good quality content. If you’re reading this and you’ve always wanted to start blogging but felt that the lack of followers you have on social media (Instagram for example) is not where you want it to be, you could always look into getting free instagram followers to help resolve this issue. Following this, you’ll then be able to focus more on creating a blog you’re proud of.

Since this is already sounding like a story of lameness and cliches, I might as well say it again. Jason and I really like (ok, love) Anthony Bourdain. Mainly because we love eating the same things he does! So we do use his show as a base of our travel itinerary, kind of like… a stalker in a distance. But in our own defense, if I may, we are ALMOST never (well there’s that soggy fries in Montreal…) disappointed by his recommendation. Unfortunately two of the restaurants on our highly-anticipated list, sort of lived up to the – let’s just say less than friendly – Parisian reputation. Is it because… I don’t speak French?

OK, for the first restaurant, Le Chateaubriand (129 Avenue Parmentier). Turns out that there are not one, but TWO Le Chateaubriand in Paris. And what will confuse the HELL out of whoever’s trying to google it, is that while the name and location of the restaurant is correct on Google Map, the website listed is WRONG. So if someone goes to that website and call the number on the website like an idiot like me, that would get you a lovely reservation at this lovely restaurant on 125 Rue de Tocqueville which nobody is talking about. Fix it, Google!! And of course when I finally called the RIGHT Le Chateaubriand, the lovely French hostess didn’t seem to want to help out this dumb, nobody tourist who’s NOT on the reservation list… Is it because… she doesn’t speak English? So anyways, that didn’t happen for us.

OK, for the second restaurant, Frenchie (6 Rue du Nil), Google’s got the website right this time. BUT it turns out, they don’t really want to do business. If someone calls their reservation number during their “office hours”, which if I remember correctly is Monday ~ Friday, 2pm ~ 5pm (yes, 3 hours/day only…), maybe miracle would happen and the call would be answered. But I wasn’t blessed with such miracle. I believe I’ve tried calling at least… 7 times. Nothing. With everything else happening, we couldn’t manage to visit the restaurant personally during weekdays because they are closed ALL weekend, yeah. So anyways, that didn’t happen either.

So what did happen for us, at least for what’s on the show, are L’atelier de Robuchon, Le Comptoir, and Le Papillon.

L’atelier de Robuchon (5 Rue de Montalembert) is kind of… touristy. English-speaking, camera-flashing tourists are the majority here (yes we were, too). And the Pre Fixe menu, which we also shamefully ordered, is I assume, designed for tourists as well. Because everything else on the plates of the local French who sat beside us, looked 10 times better than what’s on ours. So I’m not gonna bother putting up those photos. Just remember, don’t order the Pre Fixe.

Finally, I’m done with all the bad karma on this trip. Pleasant bloggers like me start on the negative things to lure people into reading the rest… Now the good stuff.

Le Comptoir (9 Carrefour de l’Odéon). OMG, Le Comptoir. Thank God that you happened for us, Le Comptoir. You have single-handedly eased (slightly) our grief over the demise of the other plans. Even though we didn’t get a reservation for the dinner Pre Fixe (booked till OCTOBER… ), their a la carte menu during the day was easily the best things we’ve had during the entire trip. 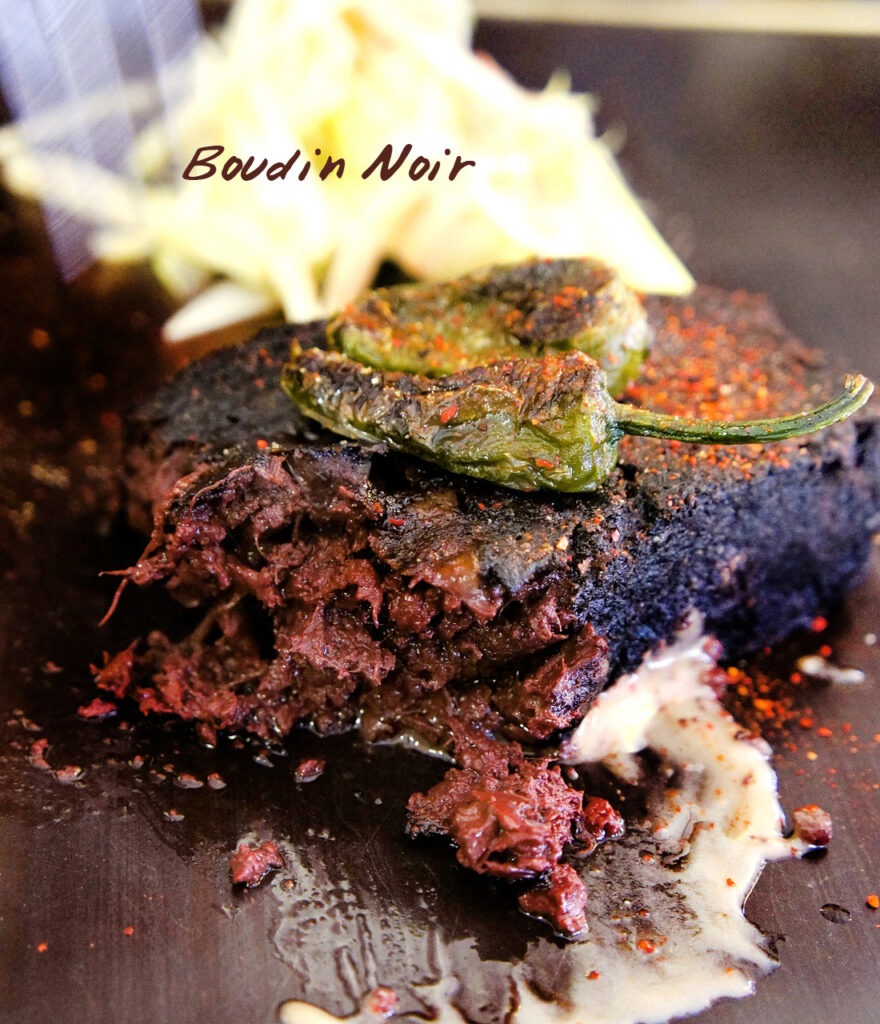 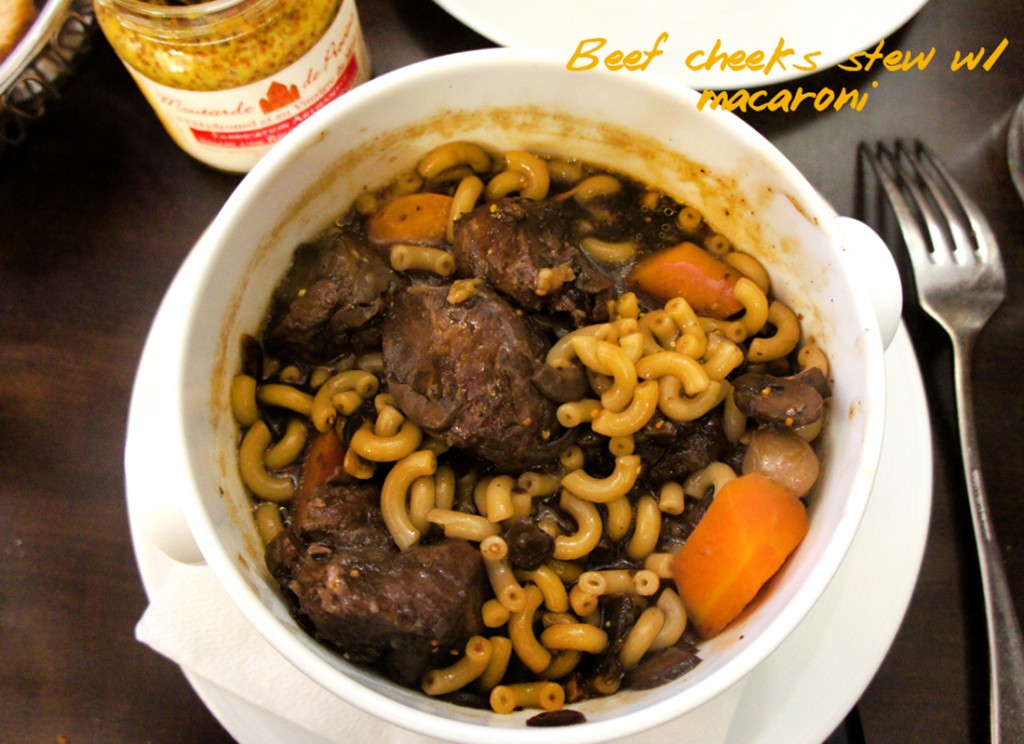 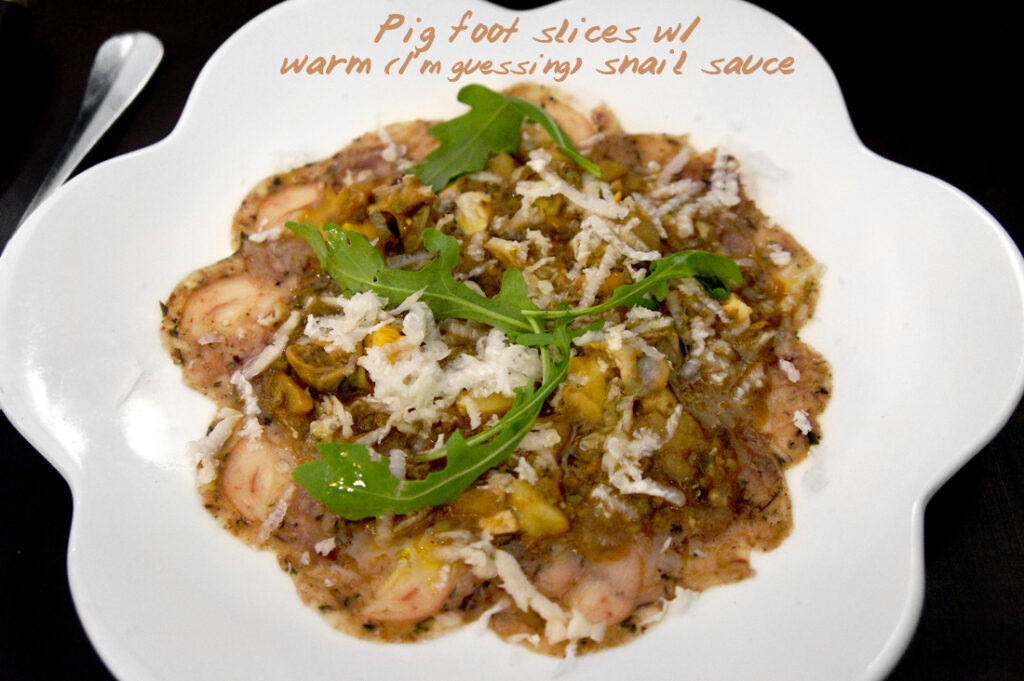 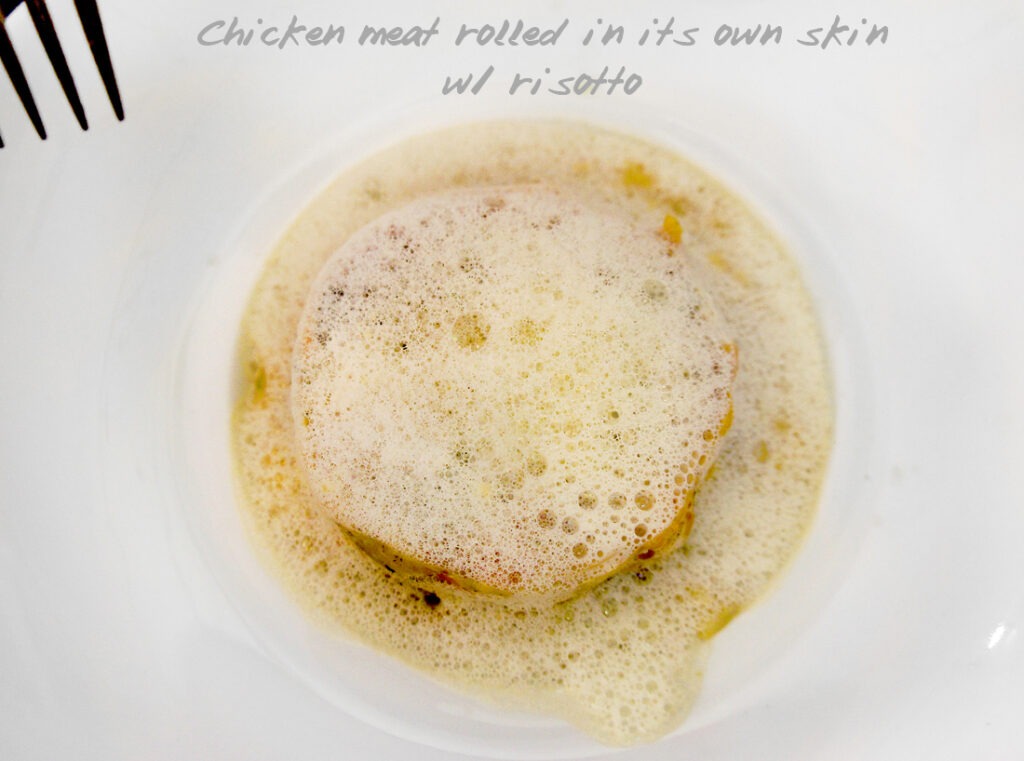 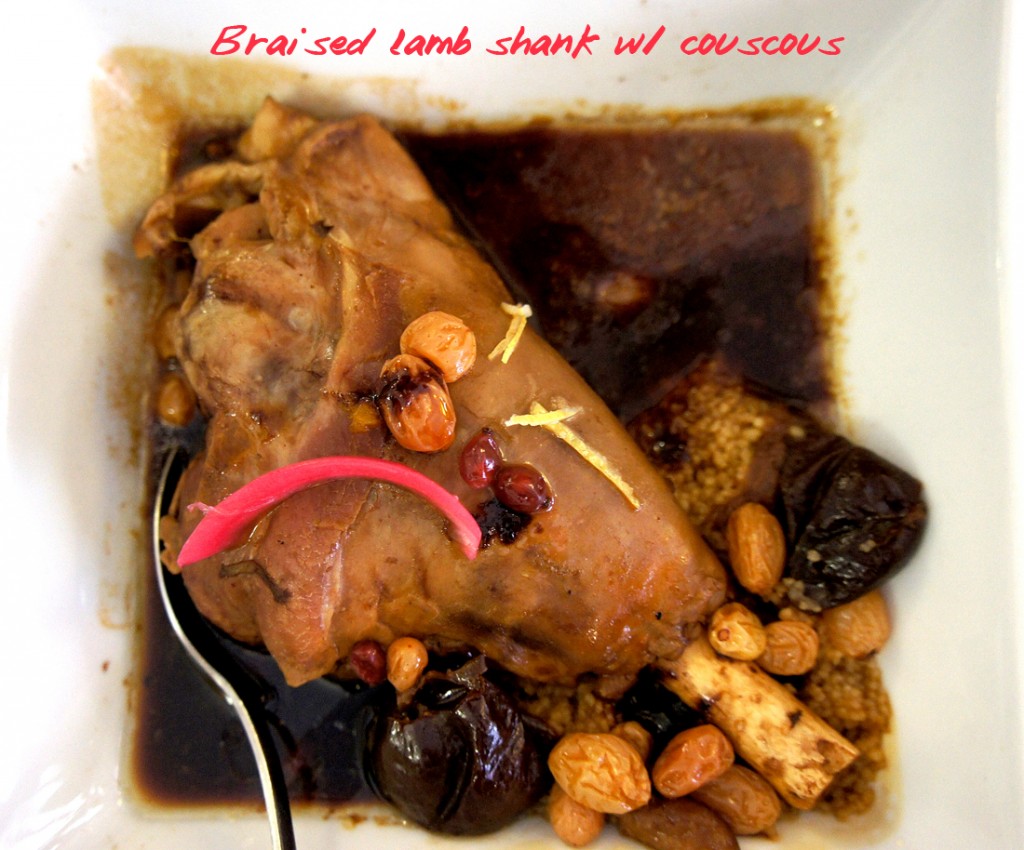 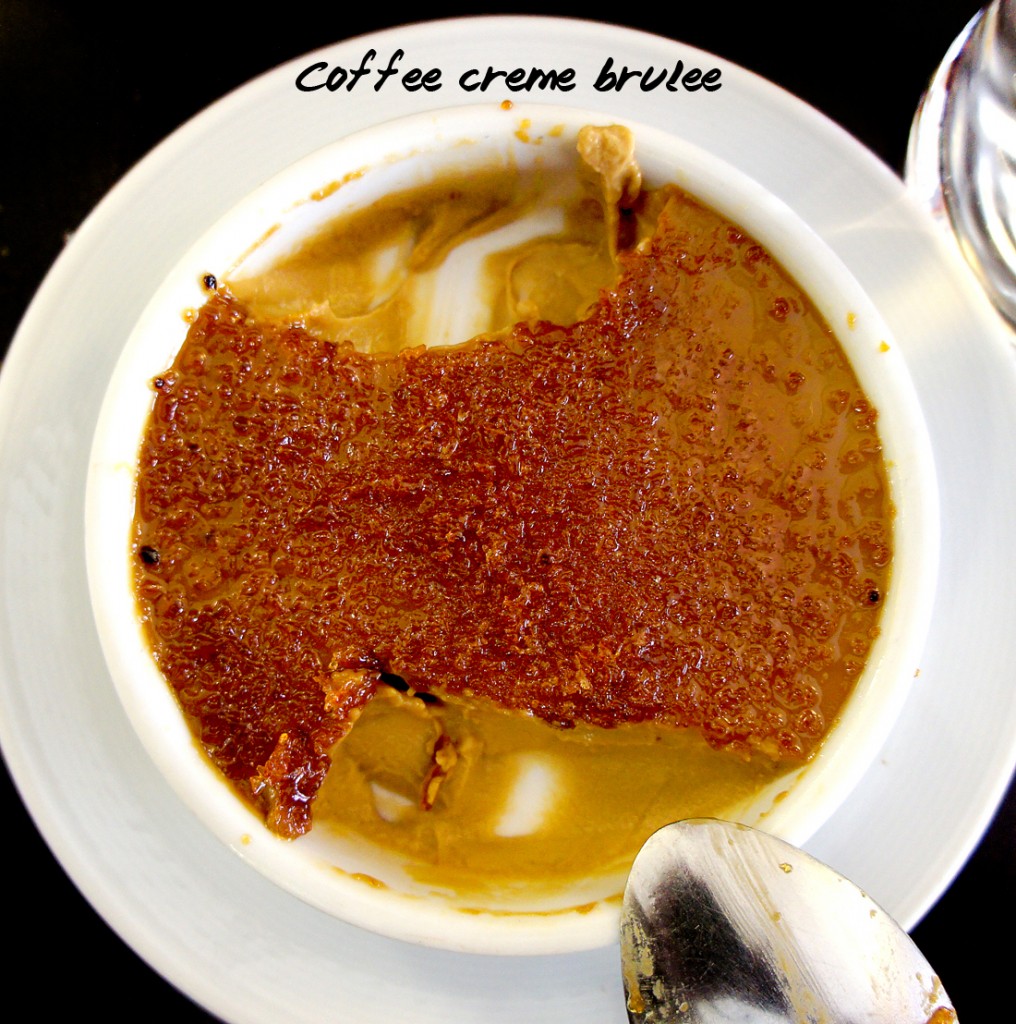 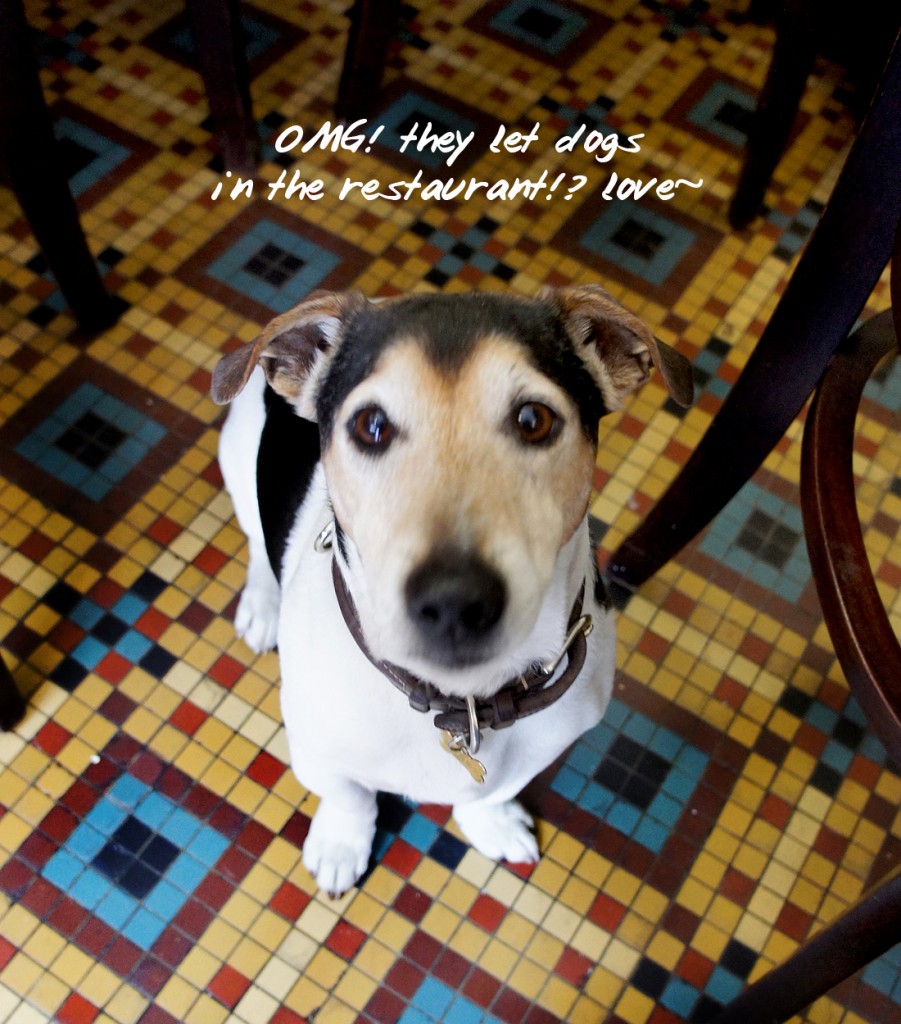 Le Papillon at the open market on Rue Mouffetard had also turned out to be a pleasant surprise, serving rustic, home-made classics. It’s the kind of things that I dream to be on the table of a French country farmhouse with a couple of sheep running around. Unpolished, but strangely satisfying. With just a handful of dishes written on a black board, it’s perfect for an intimate lunch. 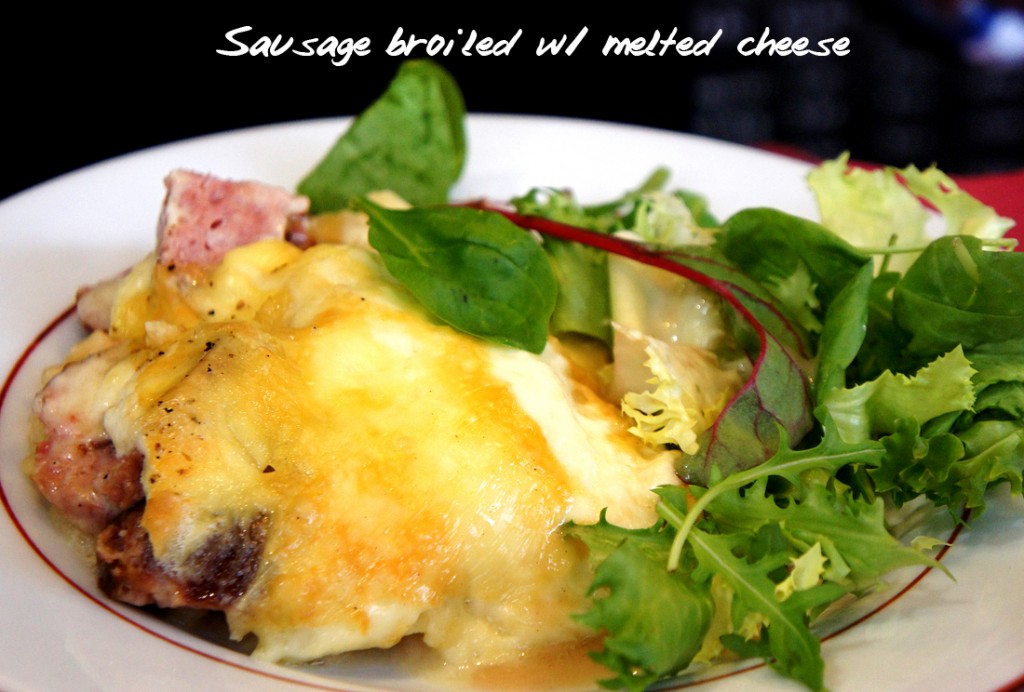 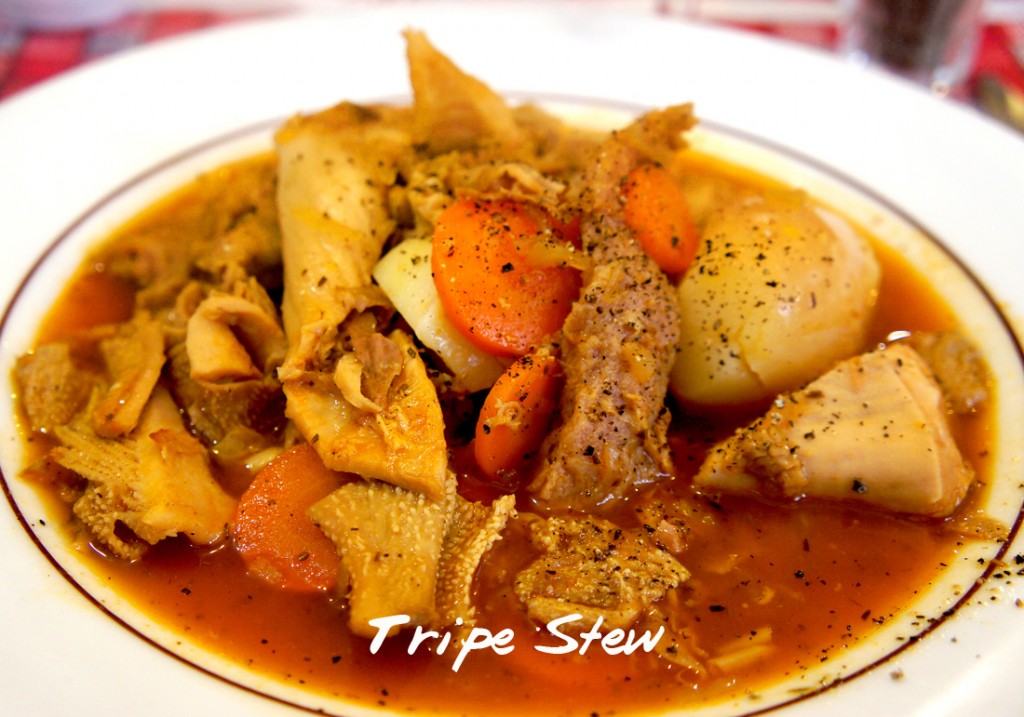 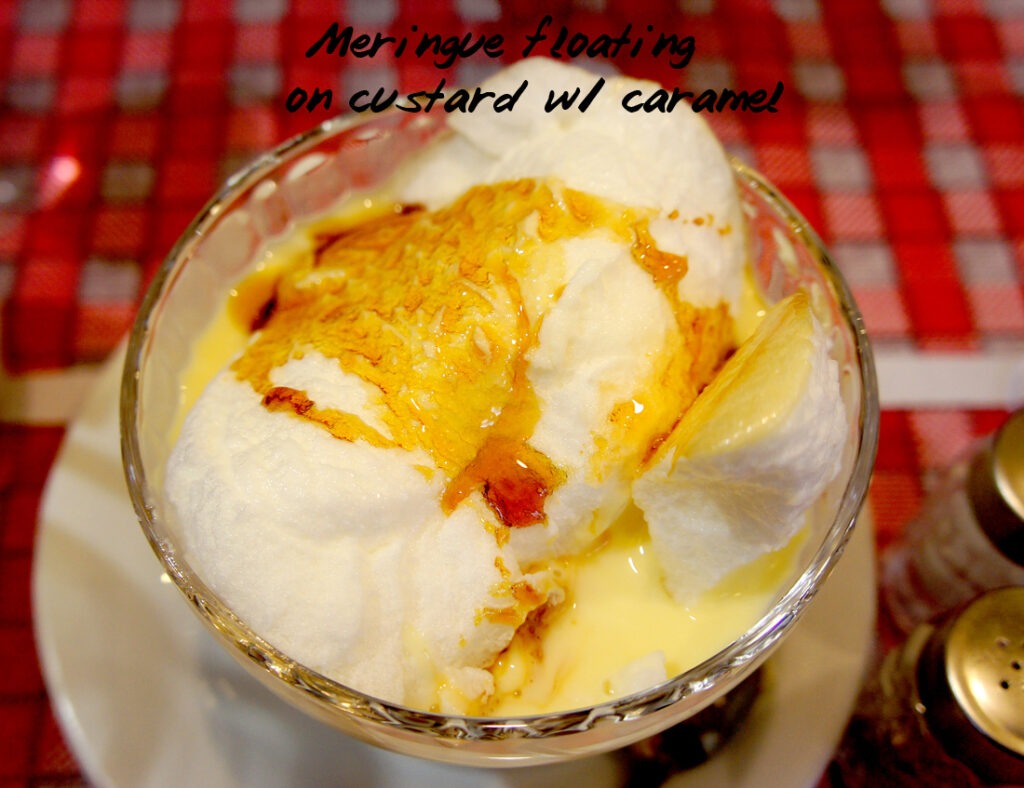 What I absolutely love is that I can literally just walk into any bakery or cheese shop, and be handed the best baguette, croissant, and cheeses I’ve ever tasted. Around the apartment where we stayed in Le Marais , on a little side street off Rue de Rivoli, there’s a bakery called Aux Desirs de Manon. Everyday around 6pm, a little line would form in front of the bakery for their fresh-out-of-the-oven baguette, to walk it home and share it over dinner. Their baguettes, out of the MANY we’ve tried, is my favorite. I don’t have a respectable picture of it, because taking pictures was nowhere on my mind while I had them warm in my hand. 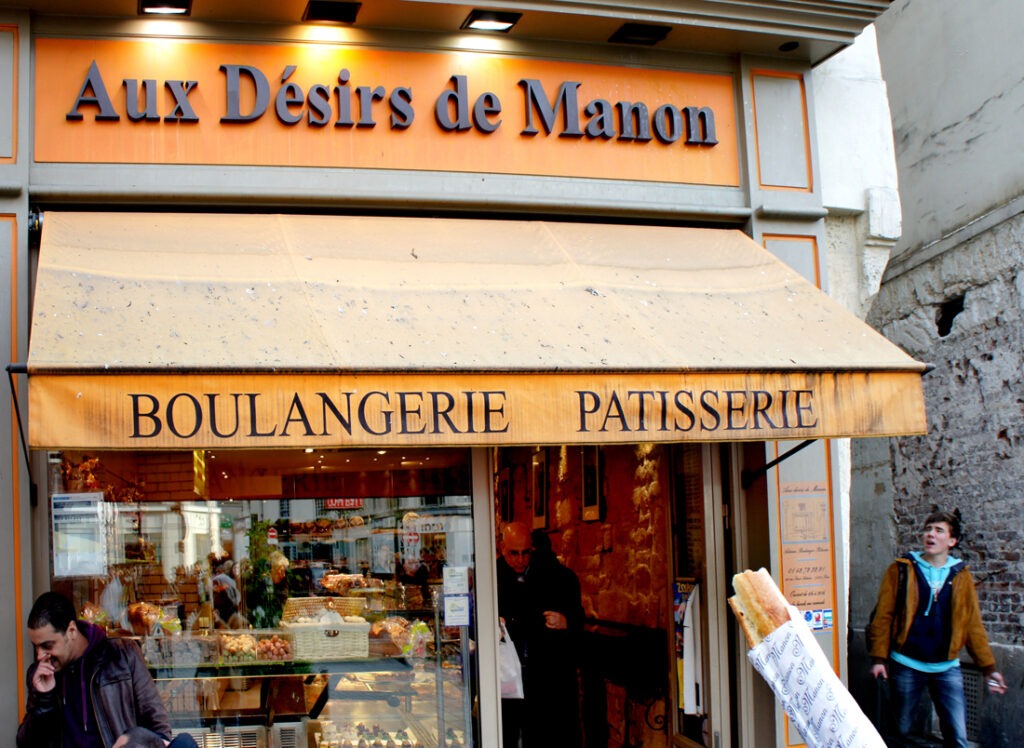 Their cheese… Oh lord, their cheese… Anything from New York doesn’t even come close. And it seems so natural for them. My woohing-and-aahing over something they sell outside their shops on a little table for 3 euros, must’ve seemed like a comedy freak show. Like this little nameless cheese shop within our neighborhood, where Rue St Antoine and Rue de Rivoli meet, had introduced us to the most amazing round-disk, soft sheep’s milk cheese. That thing could barely hold itself together, it was so soft. Scoop it up with warm baguette… OK, I… forgot the name of it. OK, I forgot to even ask. I had temporary brain paralysis. But this is what got me to it, “Cheese mange… eh… favorite… eh… the best… um… you LIKIE?”. So maybe that’ll land someone on the same result if anybody’s there by any chance. 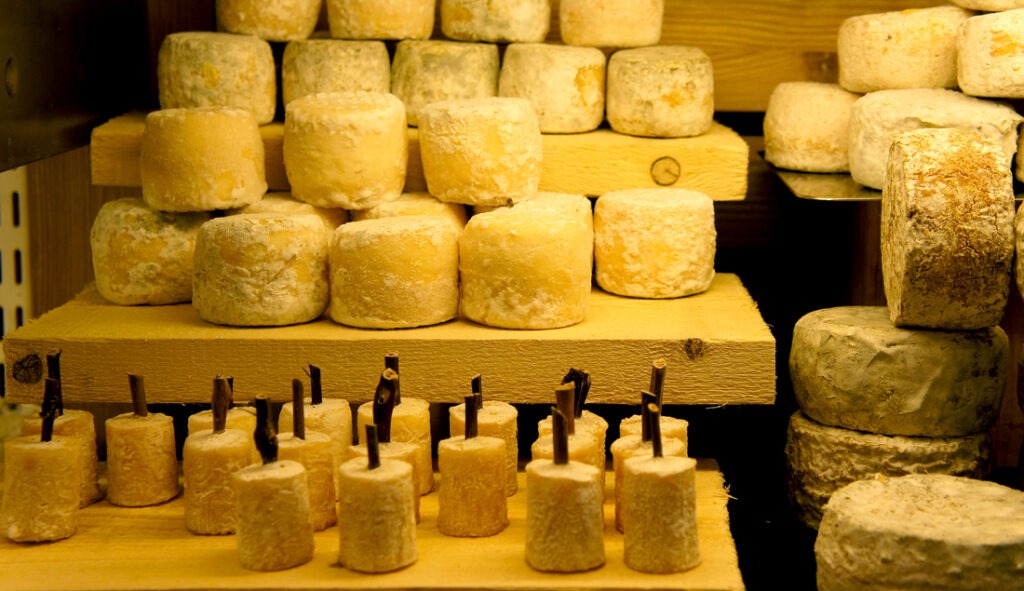 We noticed a cozy Jewish restaurant while wondering in Le Marais (Jewish Quarter). We would pass through a wonderful aroma every time we walked by it, but we had to resist because it wasn’t what we were aiming at. But I guess it was destined. One day we stumbled into it while trying to escape the unpredictable Spring shower. I know, why am I talking Kosher in a Paris post… But it was lovely. The menu let people choose a few from the many cold dishes they have displaced in front of the restaurant. Really great flavors. A good option for something different. 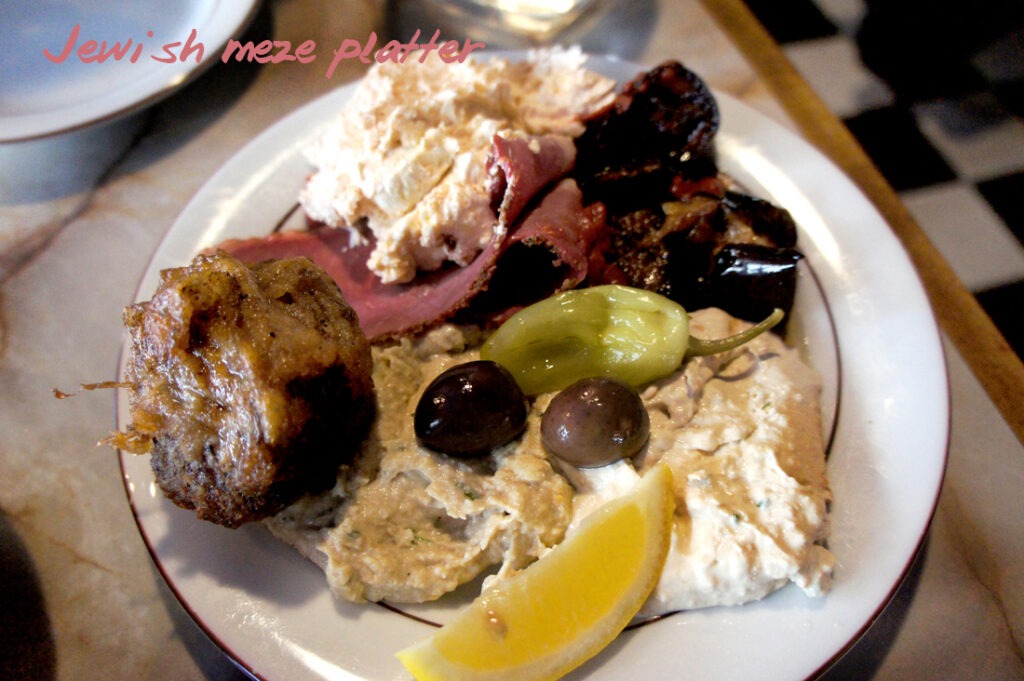 I’m not big on macaroons. Seems like just a vehicle for delivering overwhelming dose of sugar and food coloring. They do look adorable. I’ll give’em that. So we conveniently skipped the holy temple of macaroons, Pierre Hermes, but came across a pastry shop that makes a wide varieties of Algerian desserts. Where’s Algeria? Com’on! It’s sitting between Morocco and Libya in North Africa, across the Mediterranean Sea from France (OK, I obviously just Googled that like 2 seconds ago). The flavors closely resemble Turkish desserts, a lot of honey, nuts and floral notes, but completely made-over with high-level sophistication. Kind of like Rooney Mara before and after. 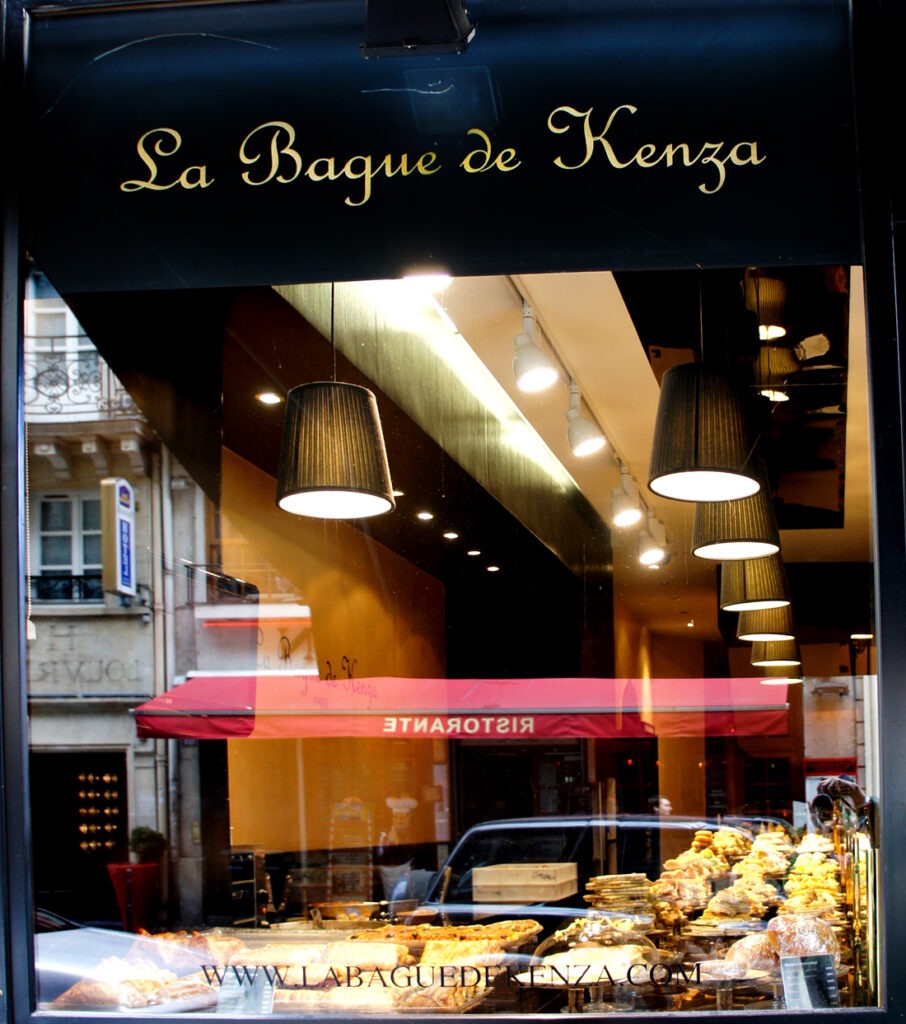 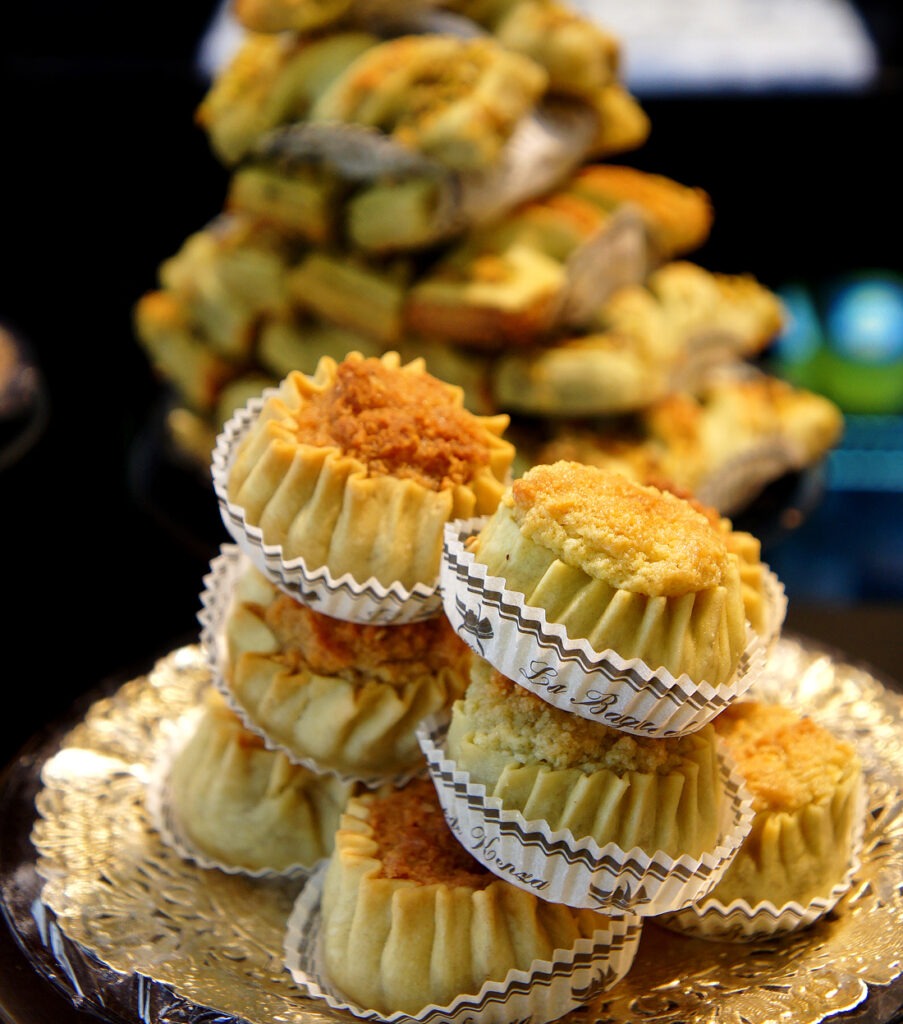 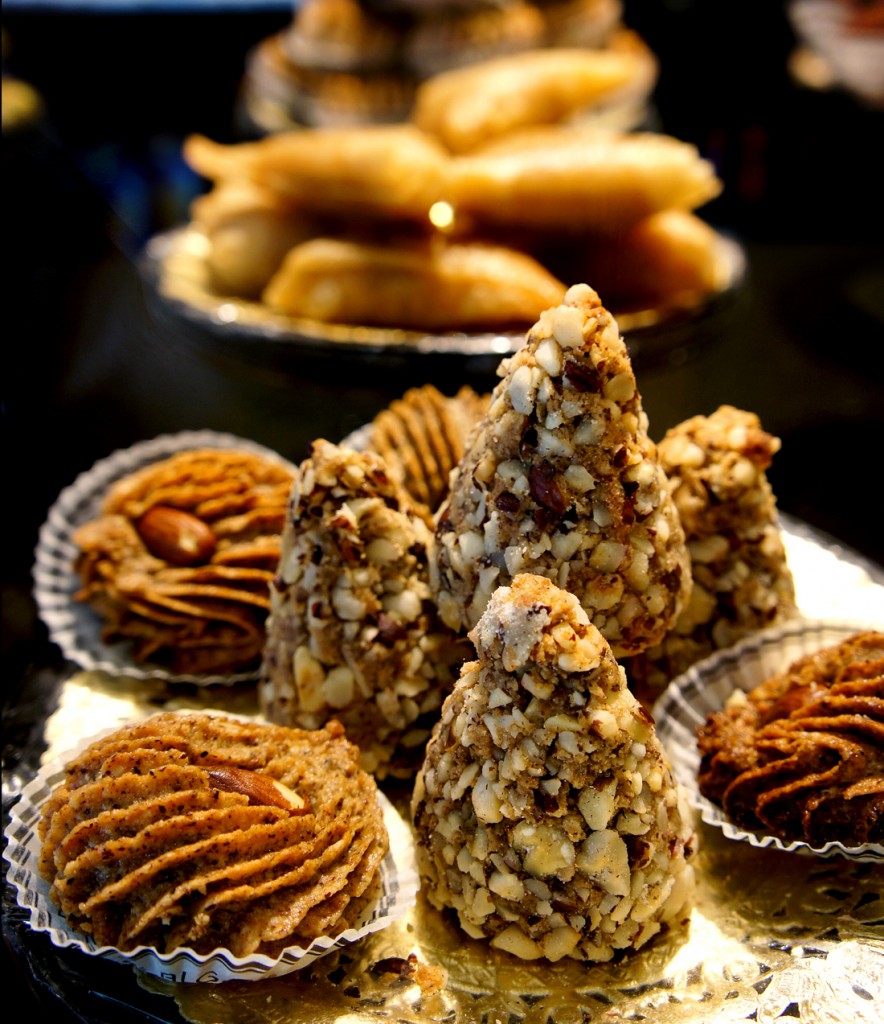 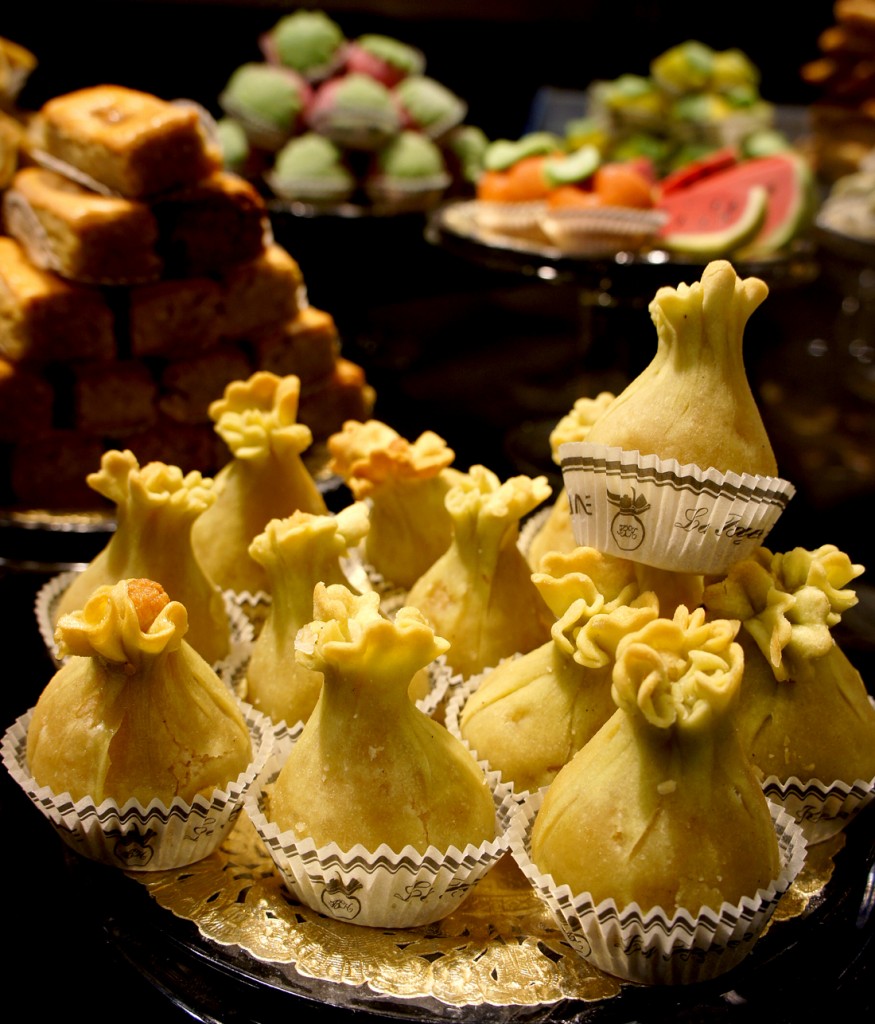 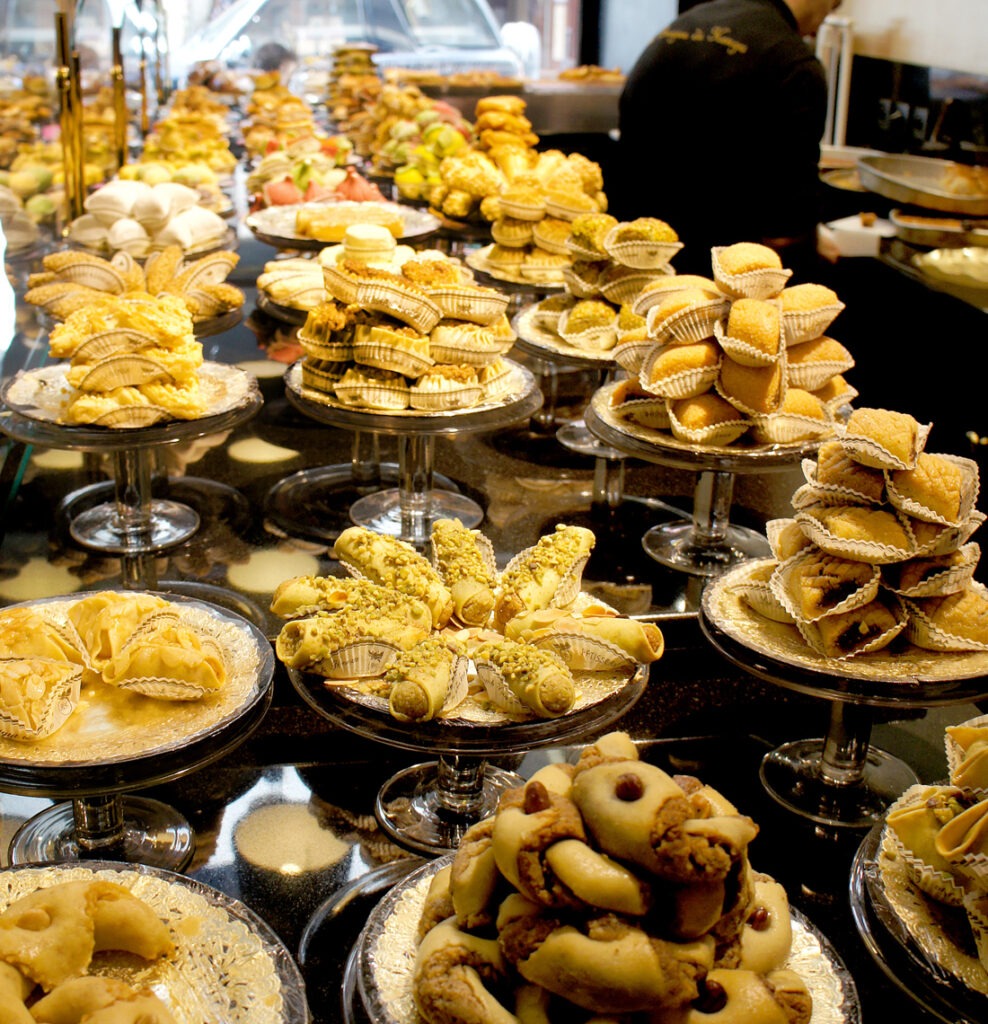 OK. I’m REALLY excited that I found this. It’s not about food. It’s about bicycles.

Of course nowadays there are many reasons why people should ride a bike. It’s green… It’s healthy… It’s convenient… blah blah blah. But com’on. Why ride a bike if it weren’t for STYLE. Mm, classy Europeans on their vintage bikes, so effortless, so annoying. How the hell do they pull it off. Well, toss that hideous Giant (Taiwan, I love you, but you gotta get with the program), and get a real bike from: 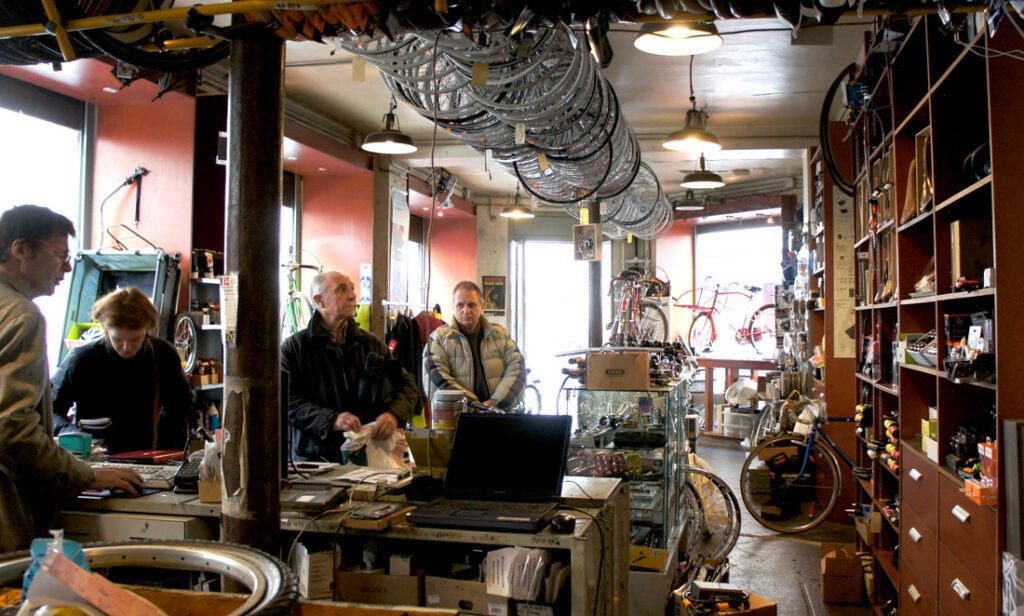 Everyone knows L’As Du Fallafel in Le Marais. We got the shawarma instead. The only thing I can add is, don’t go on Sunday. Weedays: 3~5 people. Sunday: 30… I did come home and tried to recreate their shawarma sandwich. It will be posted soon. 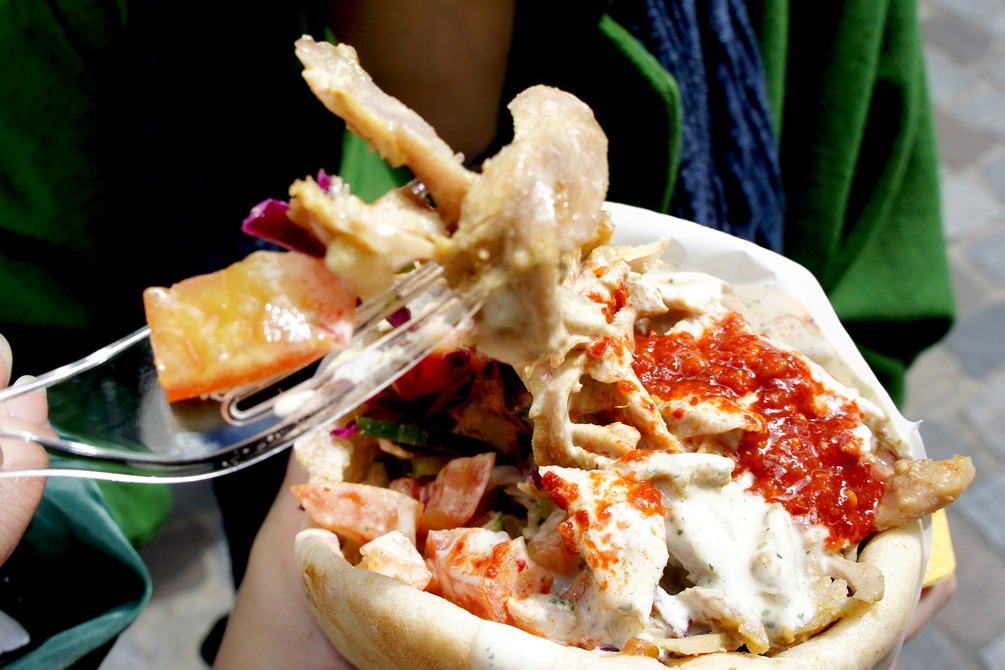 That was the last day of our trip. I guess this is it. 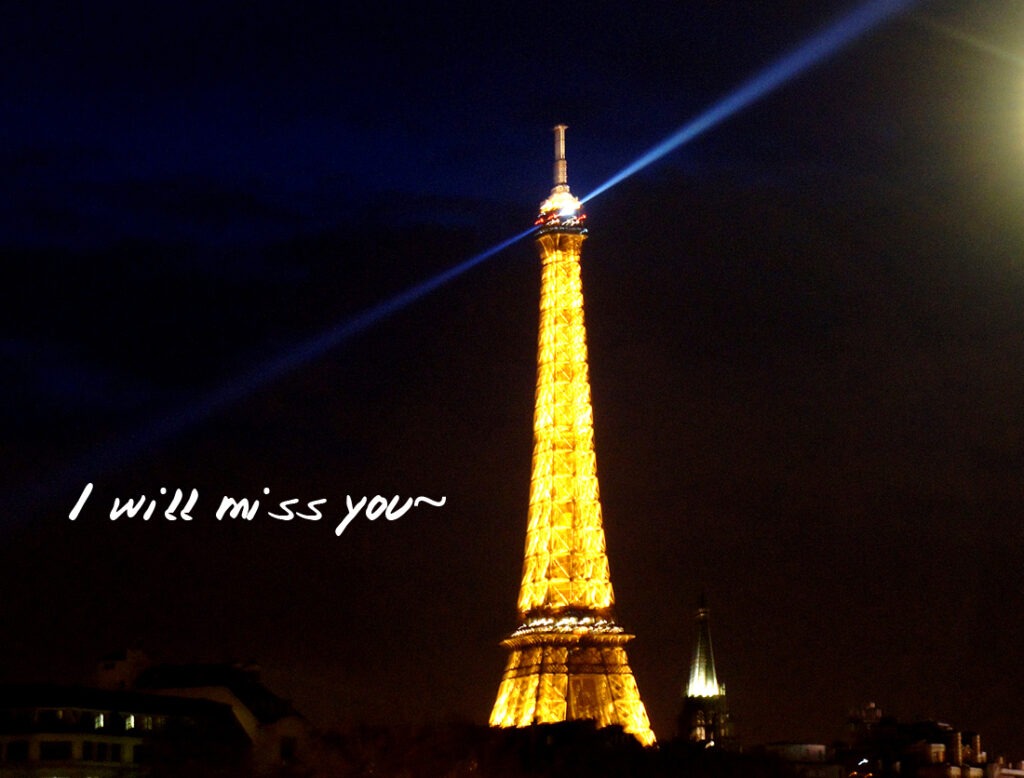 Visiting all these restaurants has given me a newfound appreciation for what must go on behind the scenes in the hospitality industry. One of my friends runs a restaurant and sometimes finds it difficult to keep up with the overhead costs. Ensuring you work with a reputable business utilities team is therefore essential to make sure your restaurant does not end up paying too much for its utilities and other ongoing costs.

Managing your employees can also be difficult, especially if you are responsible for a large number of people. The payroll must be a nightmare! Fortunately for my friend, one of her neighbors who works in HR recommended that she invest in some payroll management software. There is so much to think about when managing your payroll no matter what type of business you might work for. I know from my own experiences that staying in line with ACA Compliance is not always easy but it is reassuring to know that there is software out there that can make things a little easier. Anyway, I would love to own a restaurant of my own one day, but there are so many things you need to consider it can be difficult to know where to start!

Time to pack up and go home. To Beijing.

Lurking in the residual memories of Paris in a post-flight hangover, I open my eyes and see the sight of BJ, covered in a grey, smoggy haze, just… moving lifelessly across the taxi window. How could I not agonize over why, that there is a city in the world so devastatingly beautiful, and another so relentlessly depressing, and that I’m living in the latter end of the spectrum.