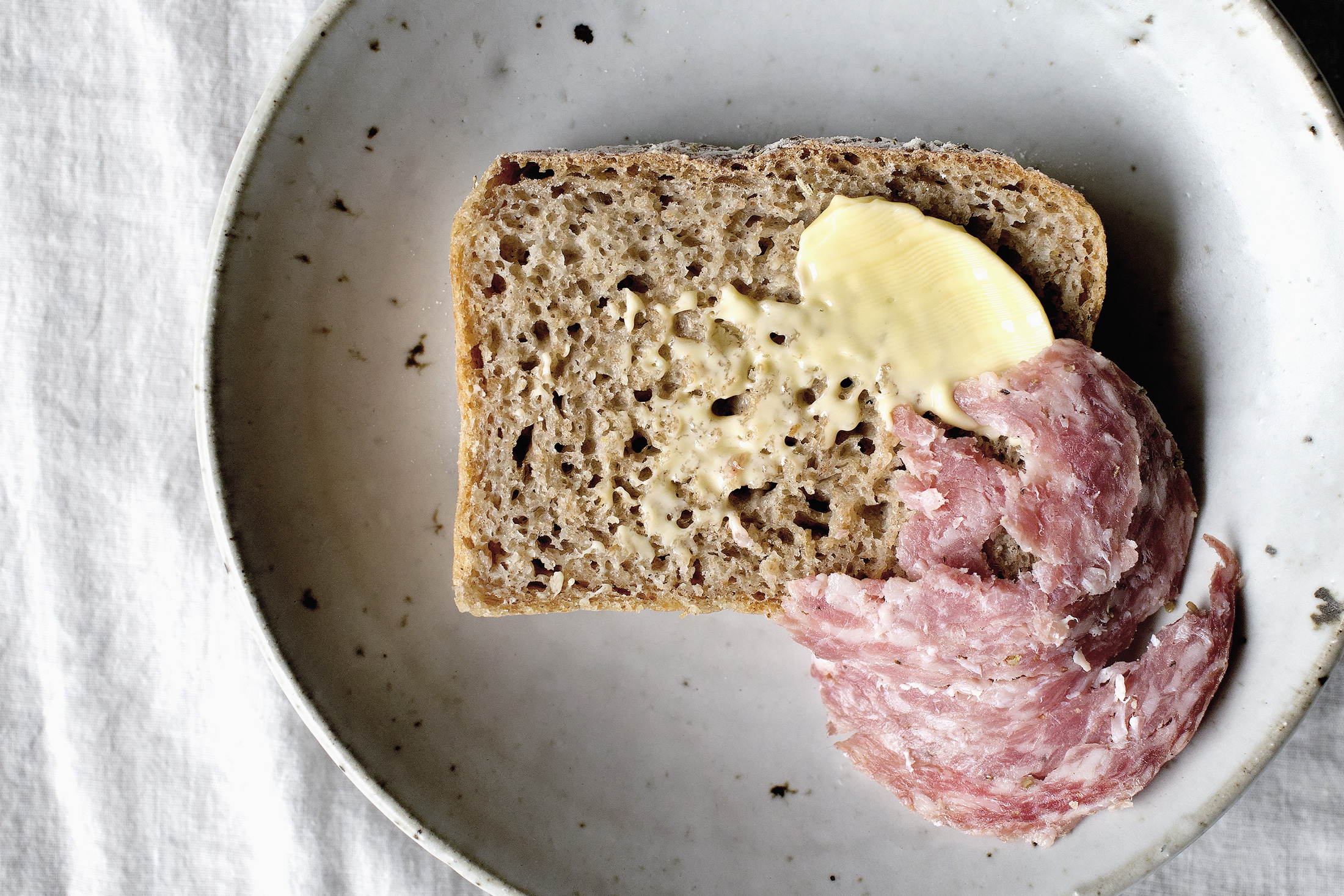 I apologize before I say this simply because it’s gross and stuff, but yesterday somebody, two days in a row, decided to leave a hot steamy pile of poop right in the middle of our “aged” leather sofa…  I’m sorry, I told you, it’s gross.  But more importantly, why?  What could possibly be the reason for this deeply punishing act?  Hey beats me.  Just to fuck with the word motherhood, I guess.

I recognize the weirdness in the usage of such word, motherhood, I get it, so let’s talk about it for a sec.  Some swear by it.  Some avoid it.  And some get offended when it’s used in this context of, well, dogs.  But for the convenience of making a conversation, I struggle to find a better word.  Some say, “dog owner” is the more accurate phrase.  Hey, I hear ya, but, it’s just that… I don’t own dogs, just like nobody owns children.  They are mine, but not properties.  If someday my dogs tell me that they wants to leave the nest to go to Amsterdam and smoke pot for the rest of their lives, hey, fair game, I would just lock them up and take away all their food-money like any discerning parents.  Doesn’t make me an owner, just makes me a mother.  So for the lack of a better word, last month, or 20 days ago to be exact, I became a mother again, for the fifth and sixth time.  Yes, twin girls, two rescued Rottweiler-mix puppies.

Rottweilers × 2!?  You must be thinking I’m crazy.  And I’m starting to think you’re right.

How big do Rottweilers get?  Please don’t tell me because I have no freaking clue.  But the the fact that they are growing exponentially against our best wishes, seems to be one.  To put it into perspective, our maltese Dumpling was what, 3 kilo?  So by optimistic estimation, each of them would grow to be about 12 Dumplings, and together, 24 Dumplings.  That’s 70 kilos of pure muscles powered by the spirit of a trampoline.  We named them Sesame (芝麻), and Sticky Rice Ball (湯圓) or SRB for short, though the petiteness of their names is starting to sound more ironic than cute. 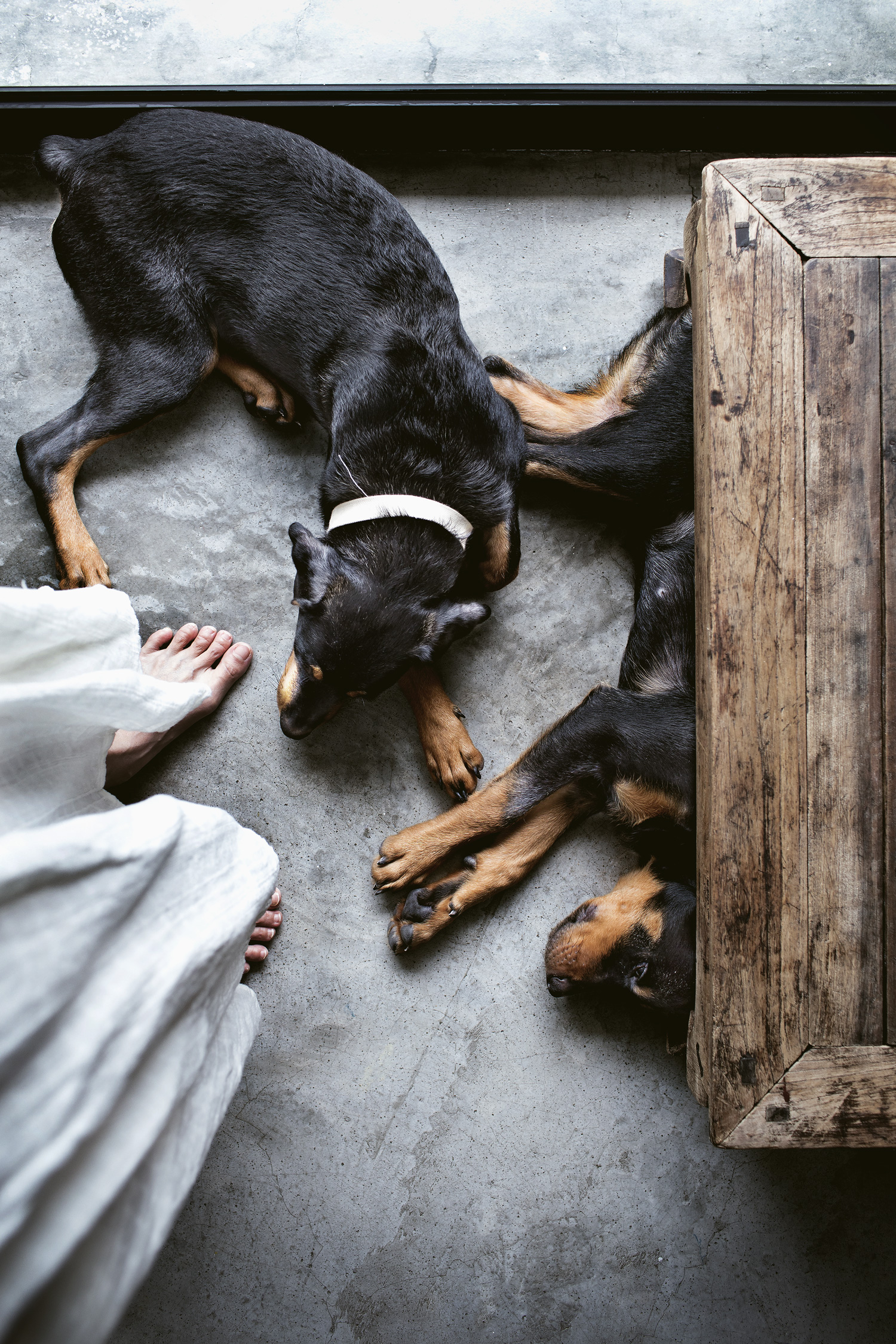 So how did this happen? Couldn’t we just try a single Rottweiler on for size and good reason first?  Well, the way we see it, we had no choice amidst a very complicated situation.

There was this adoption day thing at our local pet supply store that we simply wanted to “just check it out”, and there they were, two puppies inside the same crate.  No harm in asking a question is there?  So are they boys or girls?  “Both girls, sisters!”, answered the staff.  Hmm, girls, we’ve been wanting a girl.  This one on the right seem to be nice and calm.  Can I hold her?  “Yes, of course!  She’s the younger one.”  Awww look at her just relaxing on my lap!  Jason, Jason!  Are you seeing this?!  Wait, why is the other one acting all nervous and shit?  “The sisters are very attached to each other.”  What is this, woman?  You trying to make me feel bad?  Fine, Jason, can you just hold the other one so she’s doesn’t feel left out?

Oh wait you’re waiting for more complicatedness to come?  No, no, that’s it.  Yup.  The beginning of the end.  Put me on your friends-who-got-a-kid-and-gone-missing list.  Likewise, I’ll resurface the earth in 10+ years.

But on the bright side, the food side that is, giant wall-eating babies are putting me in a whole new perspective. I never understood this “easy home cooking” business.  I mean if you like cooking, what’s the problem?  And if you don’t like cooking, why you cooking?  Golfers don’t complain why is it 18 holes and not 4 holes.  But now, ehhh… I sort of get it.  The other day I allowed myself to spend a little obsession on homemade ramen, and someone ate my chair.  Literally, ate my chair.  It’s not that I don’t enjoy spending time in the kitchen anymore, but the stakes for negligence are higher these days if you know what I mean.

Which brings me to mention – Simple Fare.

Look beyond the soul-sucking-ly beautiful photographs by the hands of Karen Mordechai, there is also the answer to the prayers of all bone-crushingly exhausted parents.   Take this elegant rye bread for example, which she calls “half day rye bread”, which really turned out to be “quarter day rye bread” in the warmer month that is May.  It was a cinch to put together, so much so that I was able to test two loafs at once even with two flying trapeze-artists demolishing my apartment (and Shrimpy) in the background.  I’m not an expert in the political correctness of a proper rye bread, but a smear of good room-temperature butter and a thin slice of fennel salami from Tuscany, I melted in a moment of relaxation and satisfaction, a rare one these days no doubt…

So thank you, Karen, but I simply must go because I just stepped into a puddle of pee. 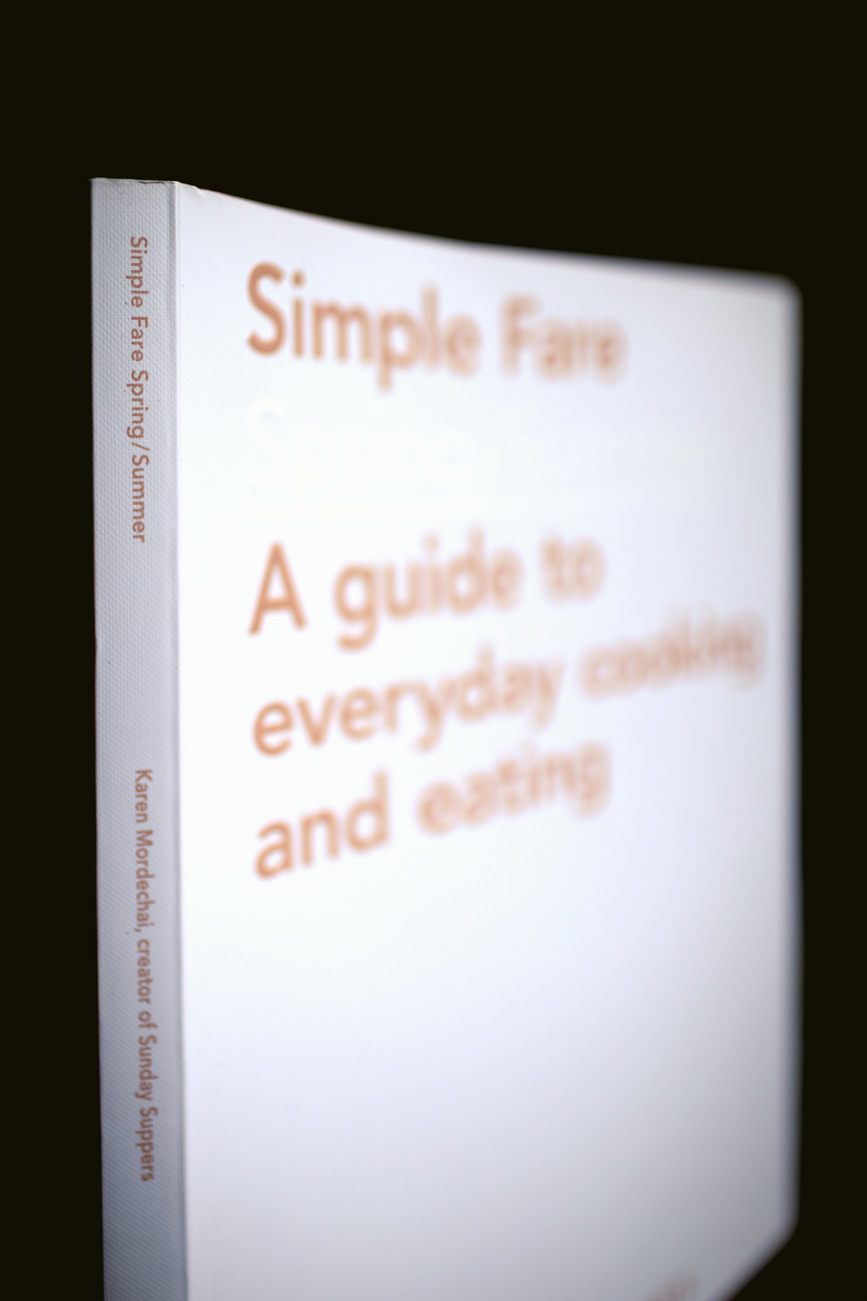 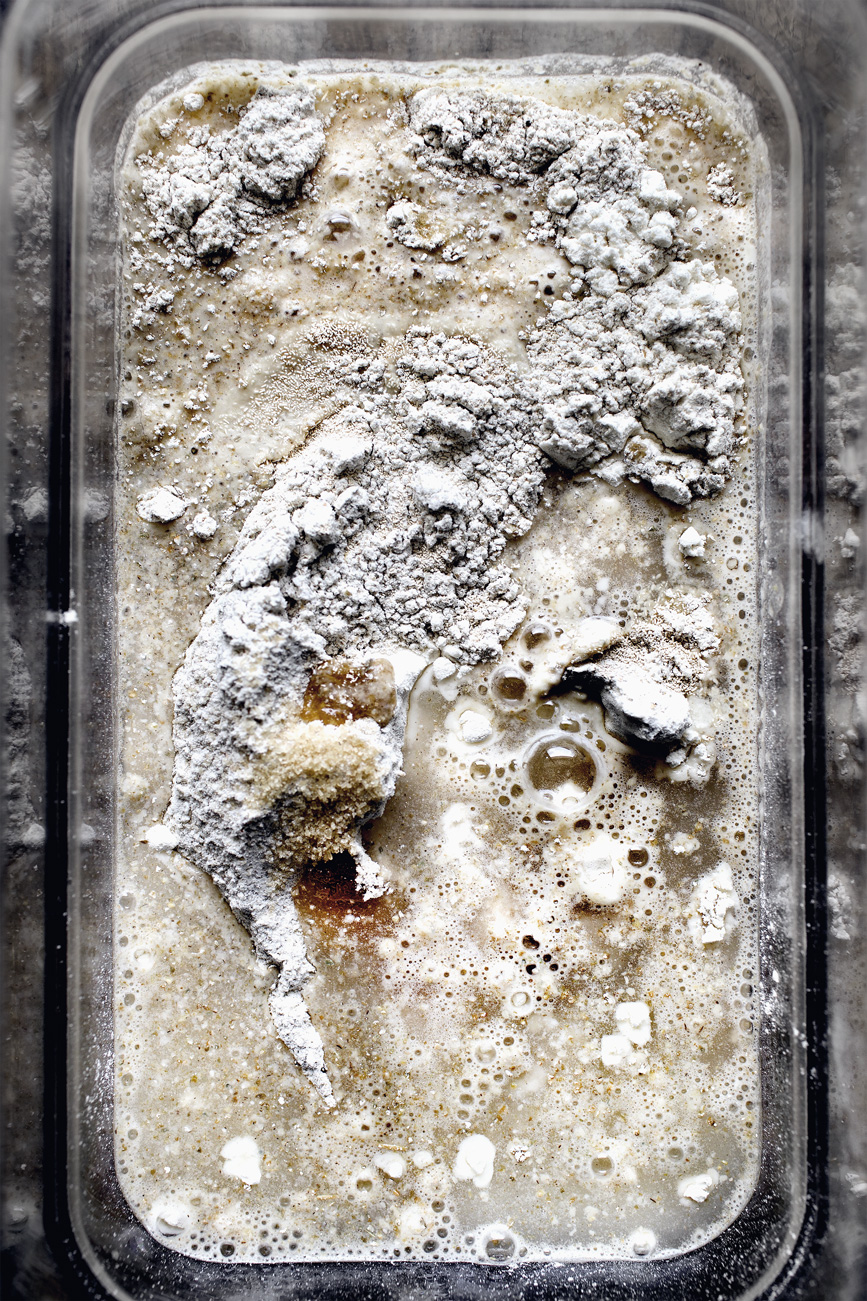 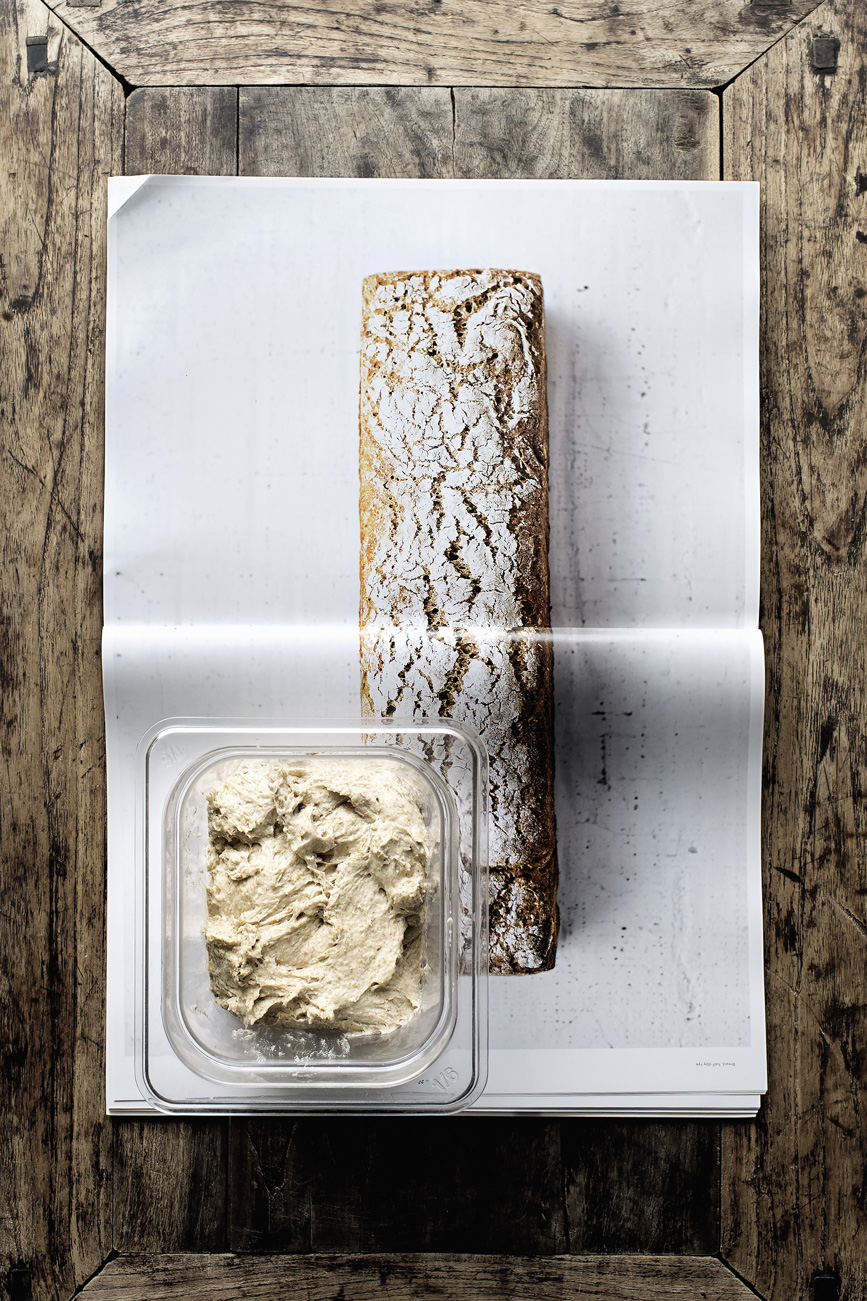 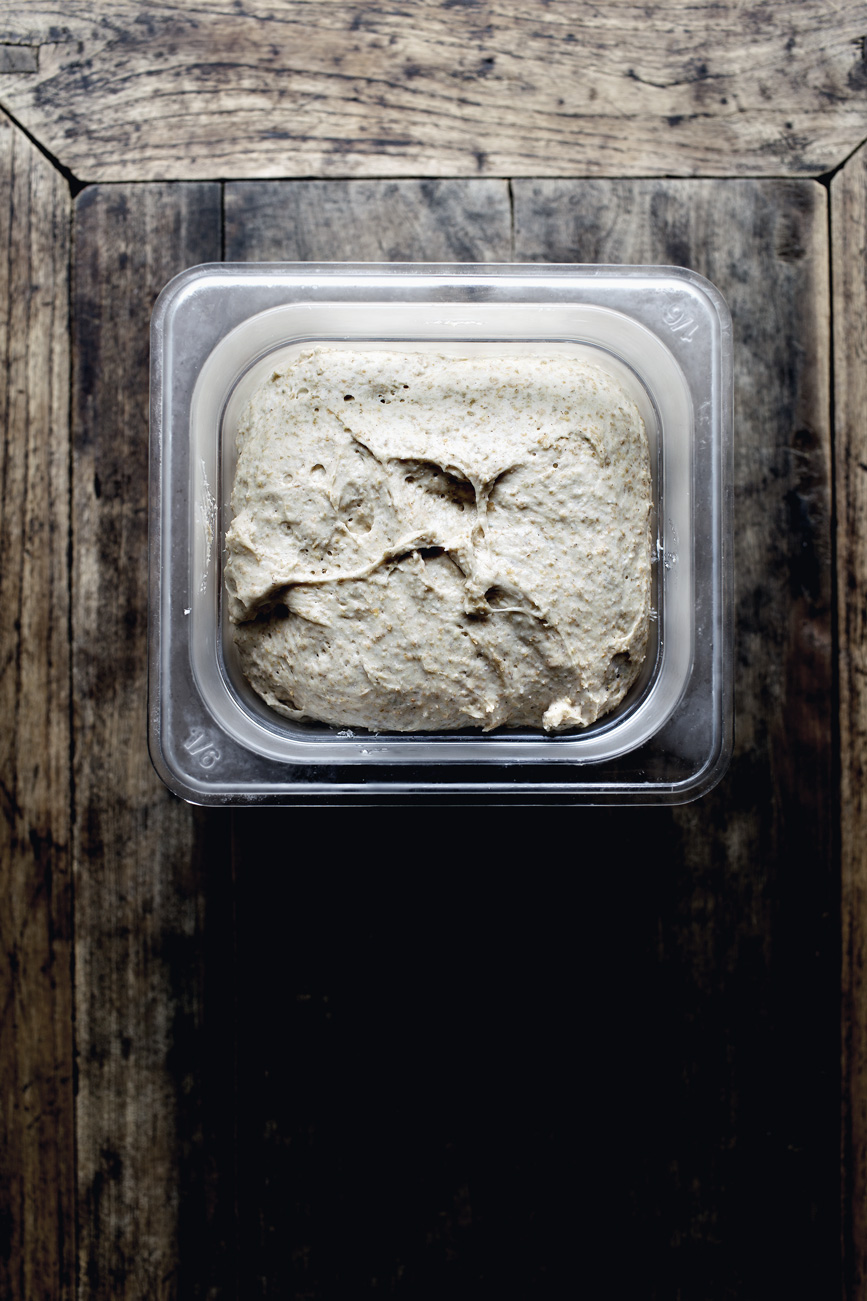 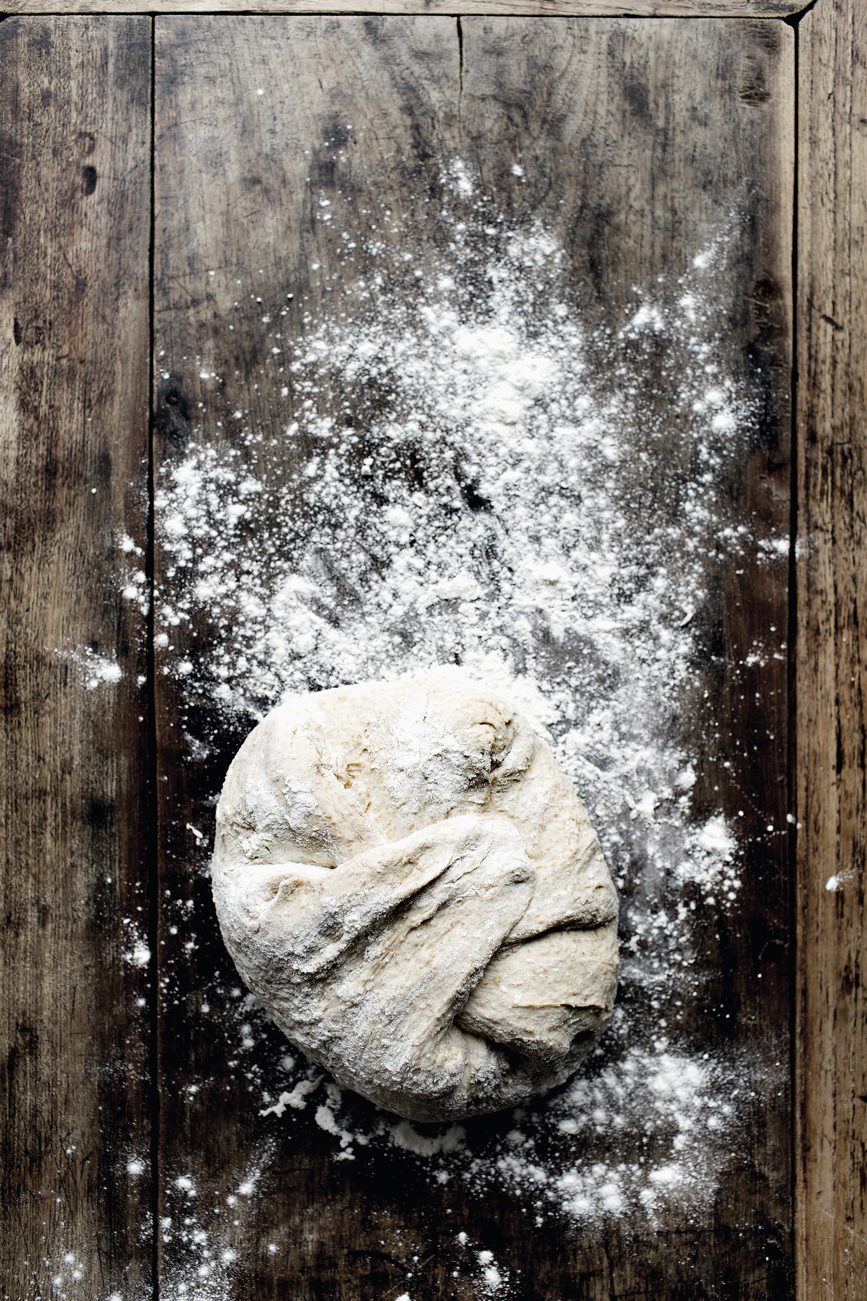 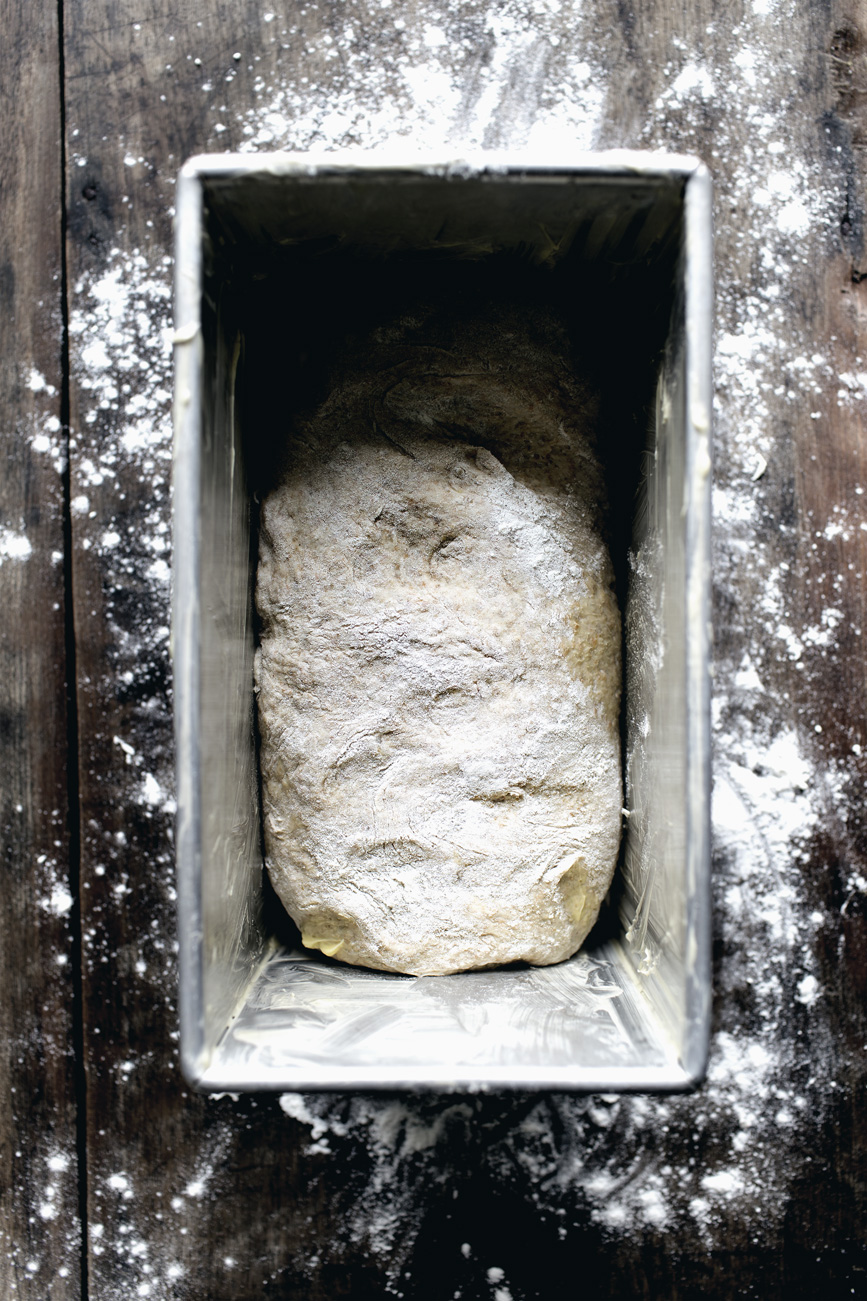 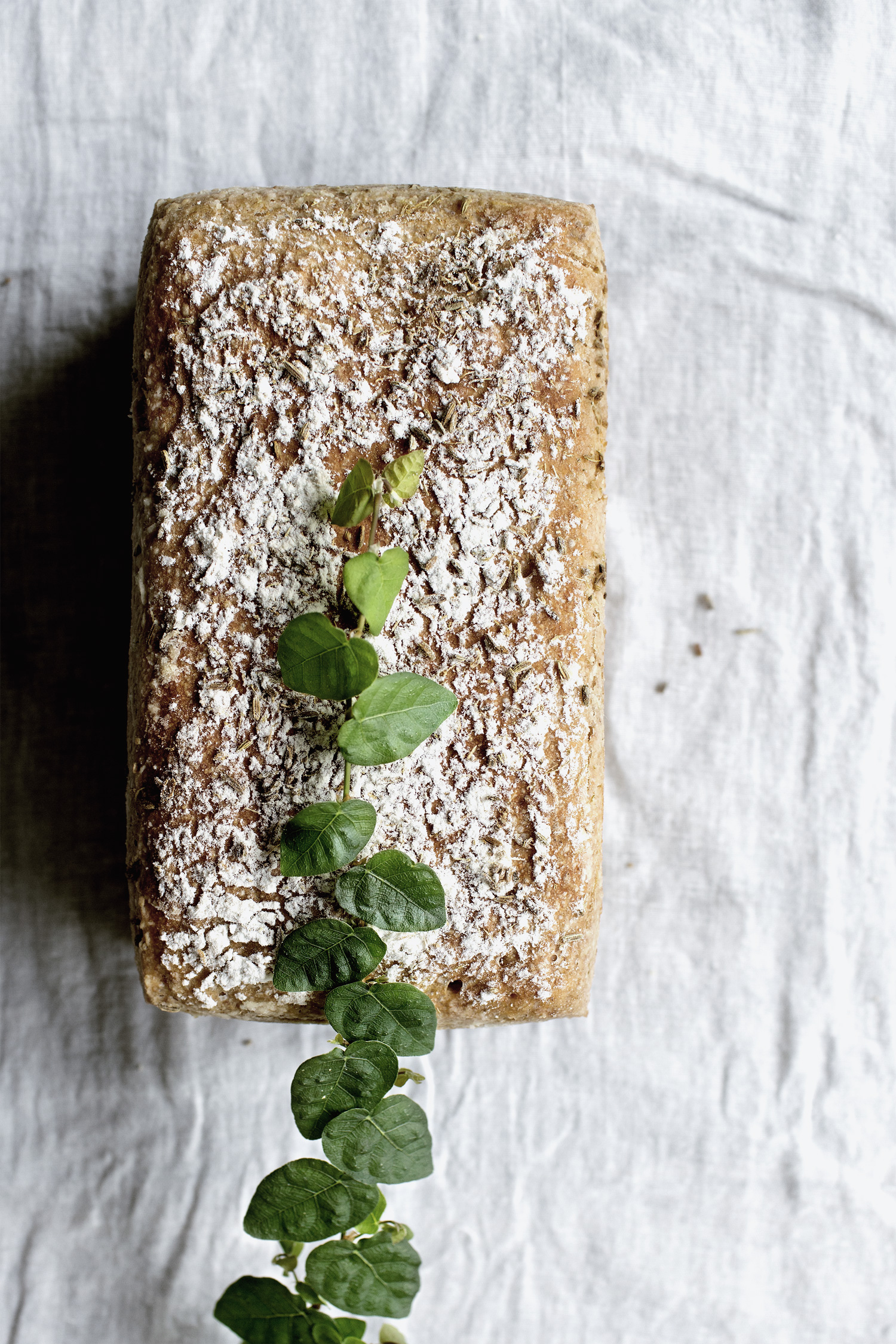 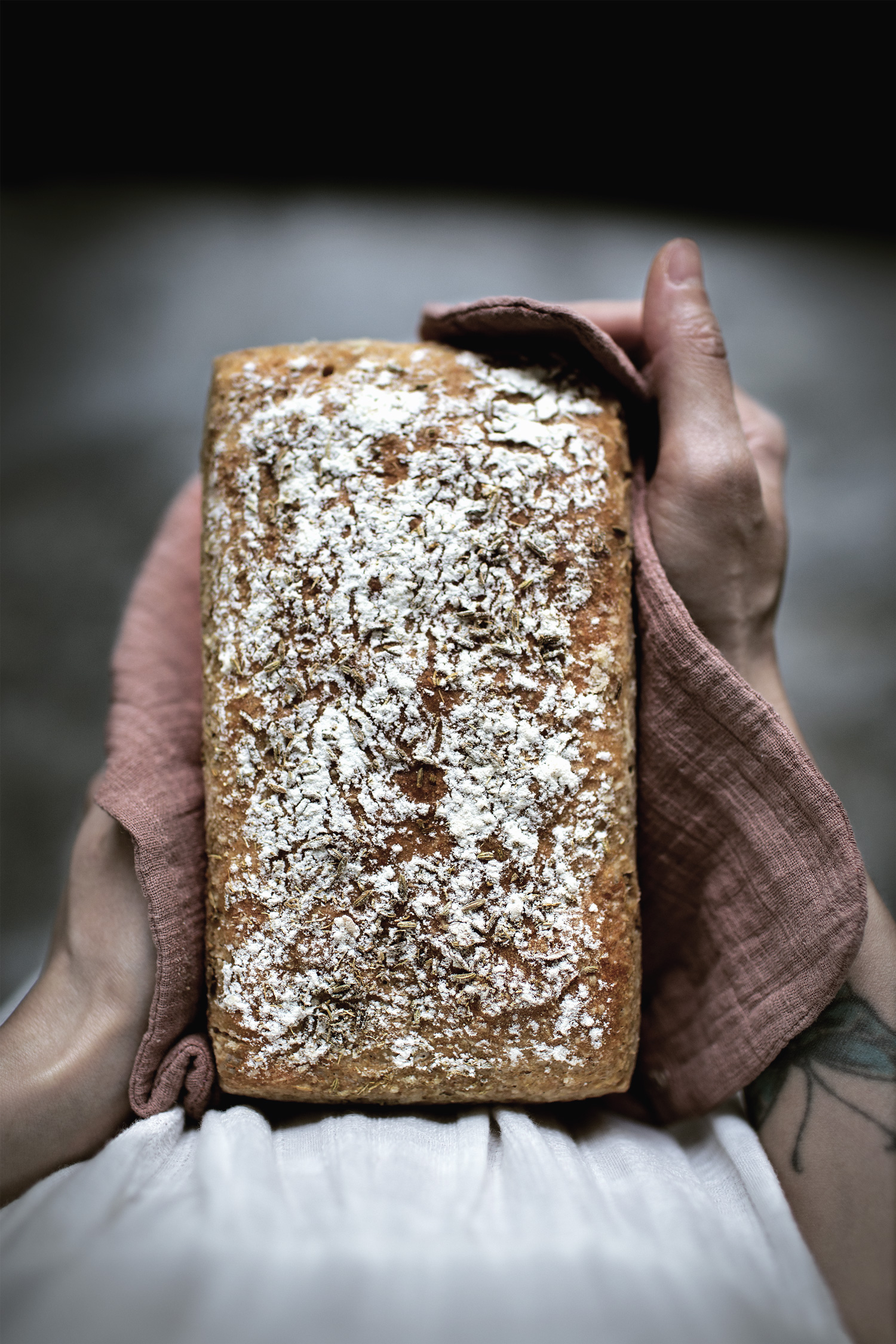 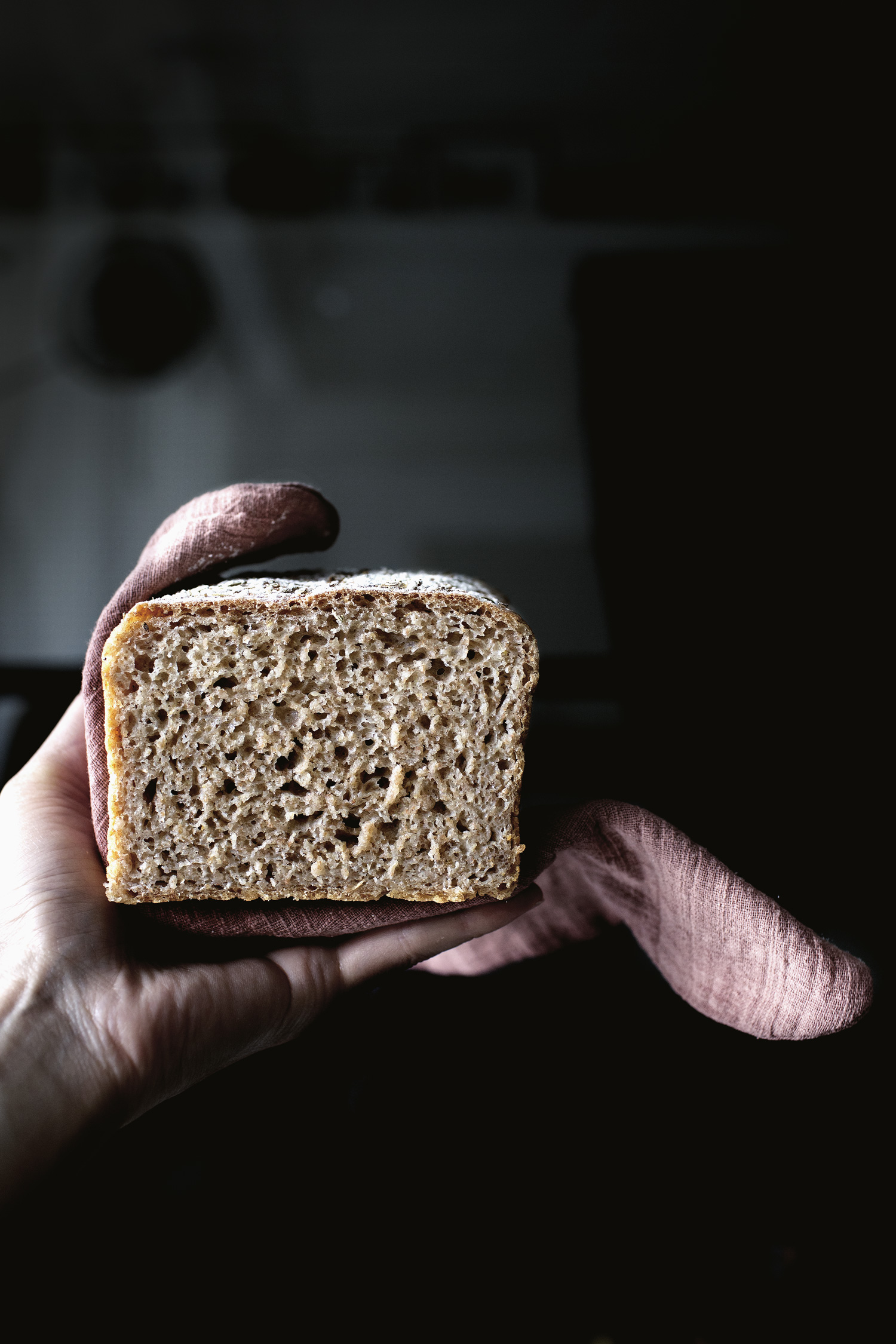 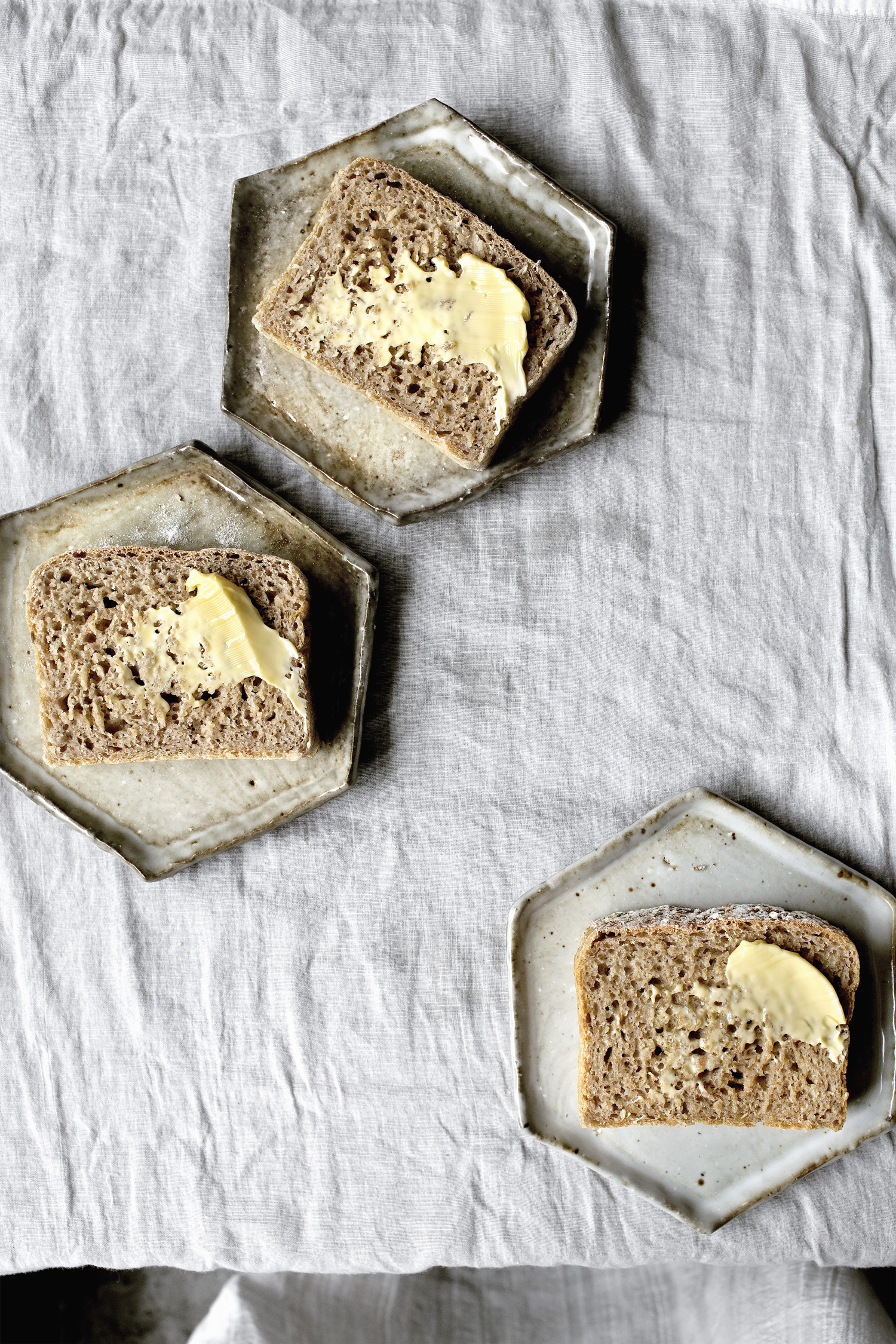 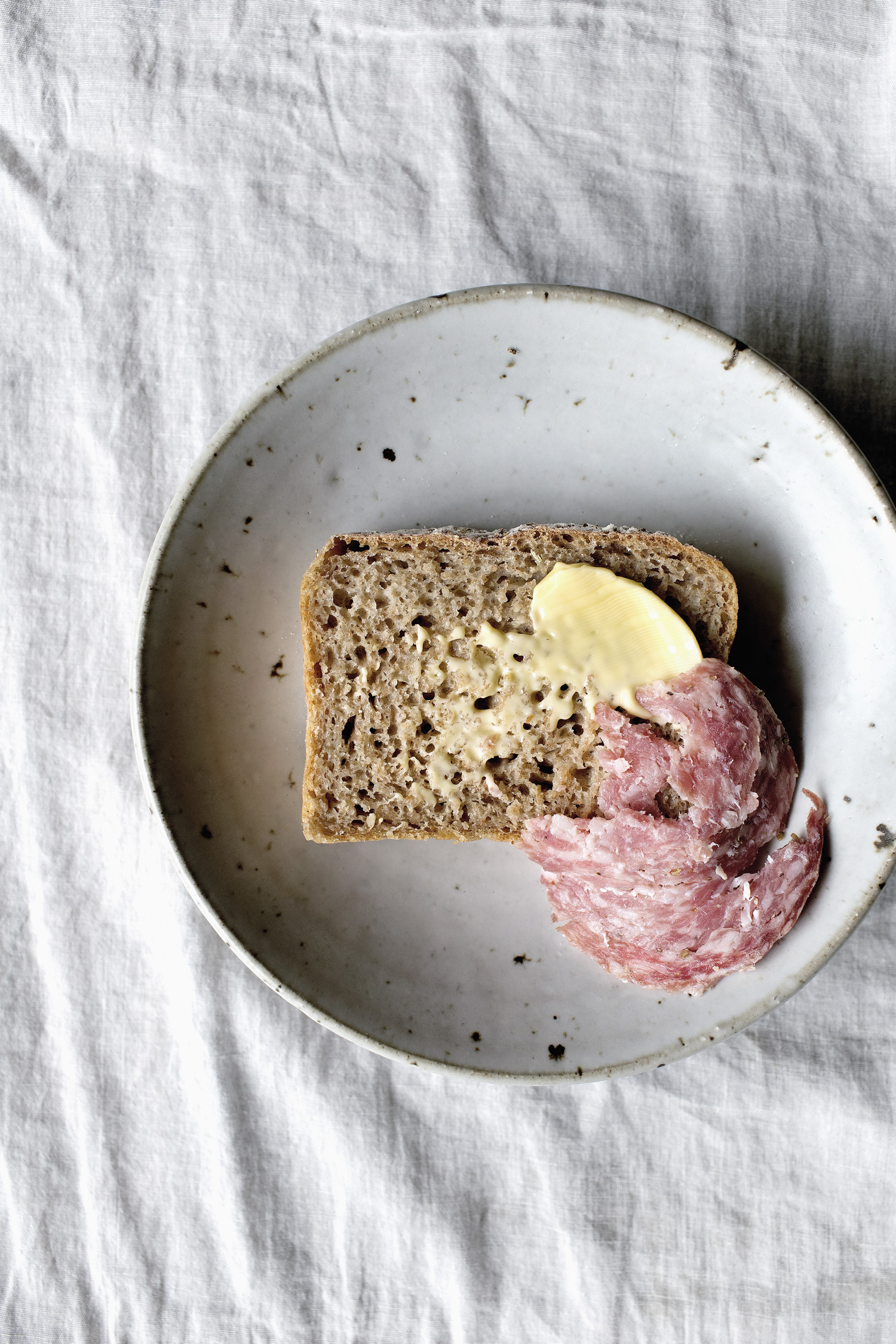 The originally recipe uses practically 100% hydration (360 grams water), which was highly suspicious but I followed it the first time anyways. It yielded an extremely wet dough, formless, could barely be shaped, and the final texture was more like a cake than bread. So I reduced the hydration to 80% (285 grams water), which was still a wet dough but workable, and the final texture was very soft but chewy. The only downside is that it probably won't give you that crackling pattern on the surface, but hey, you decide.