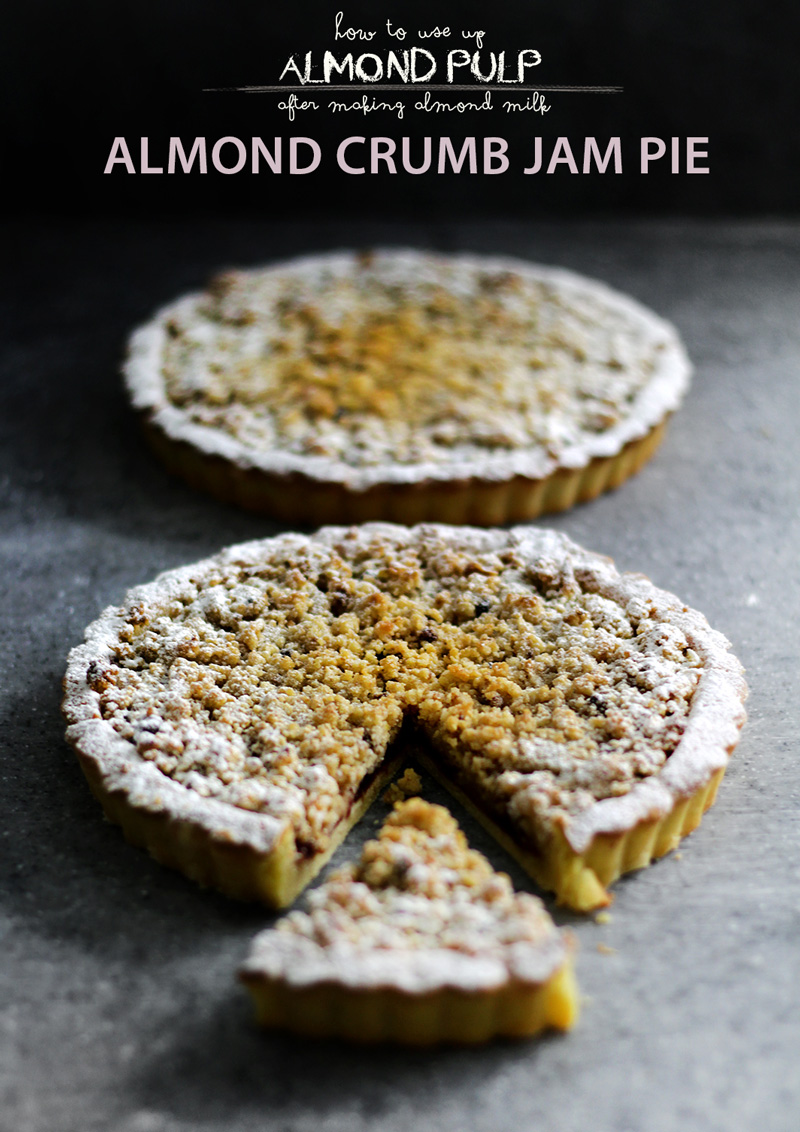 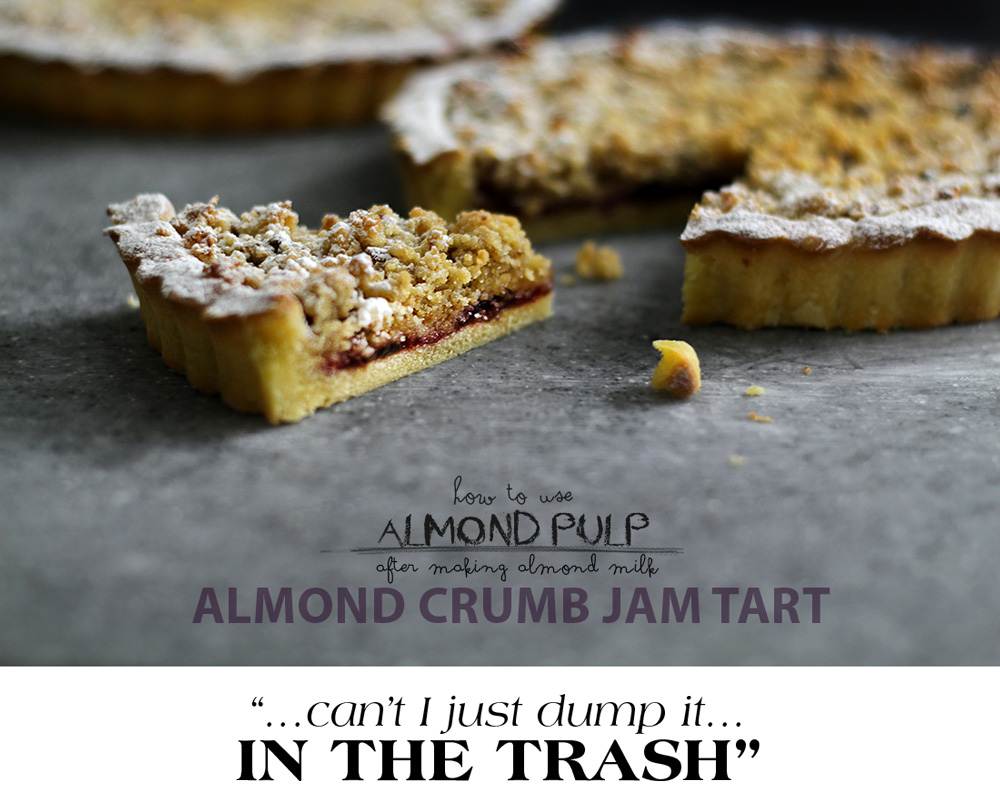 If you hoard much.  You know, unable to let go trunks of junks that’s jamming your life, and aren’t quite sure what the normal reaction is when you look down on a shampoo bottle where the shampoo is long gone (hi Jen) , or that your loved ones take great pleasure to be on a reality show as the world watches you being eaten away by your own shame.  Yeah, hoarders.  You keep everything.  It’s a disease and I’m your new BFF.  Because I let go of possessions beautifully.  I donate things with a clean swift cut-throat almost artful peeerfection (someone needs this cheetah-print denim more than I do).  And I extend my virtue to touch those in need around me – may or may not be with consent – by donating their shit for them, too.  They’re welcome. 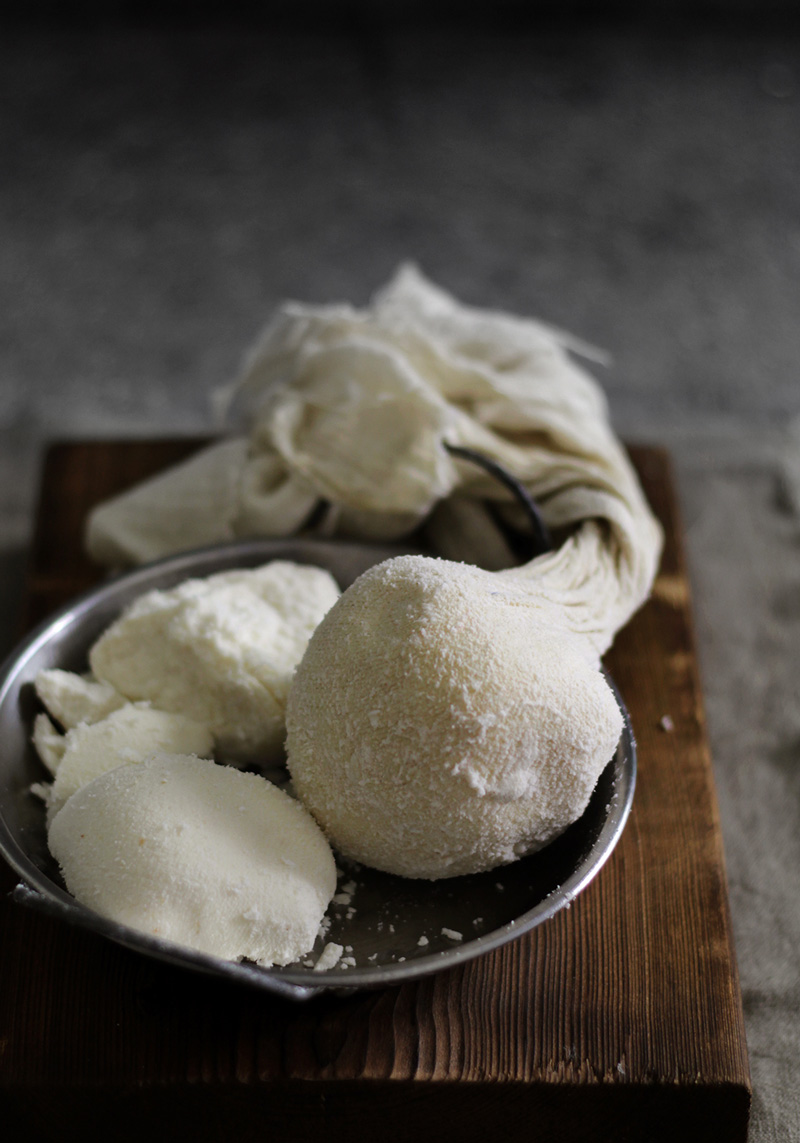 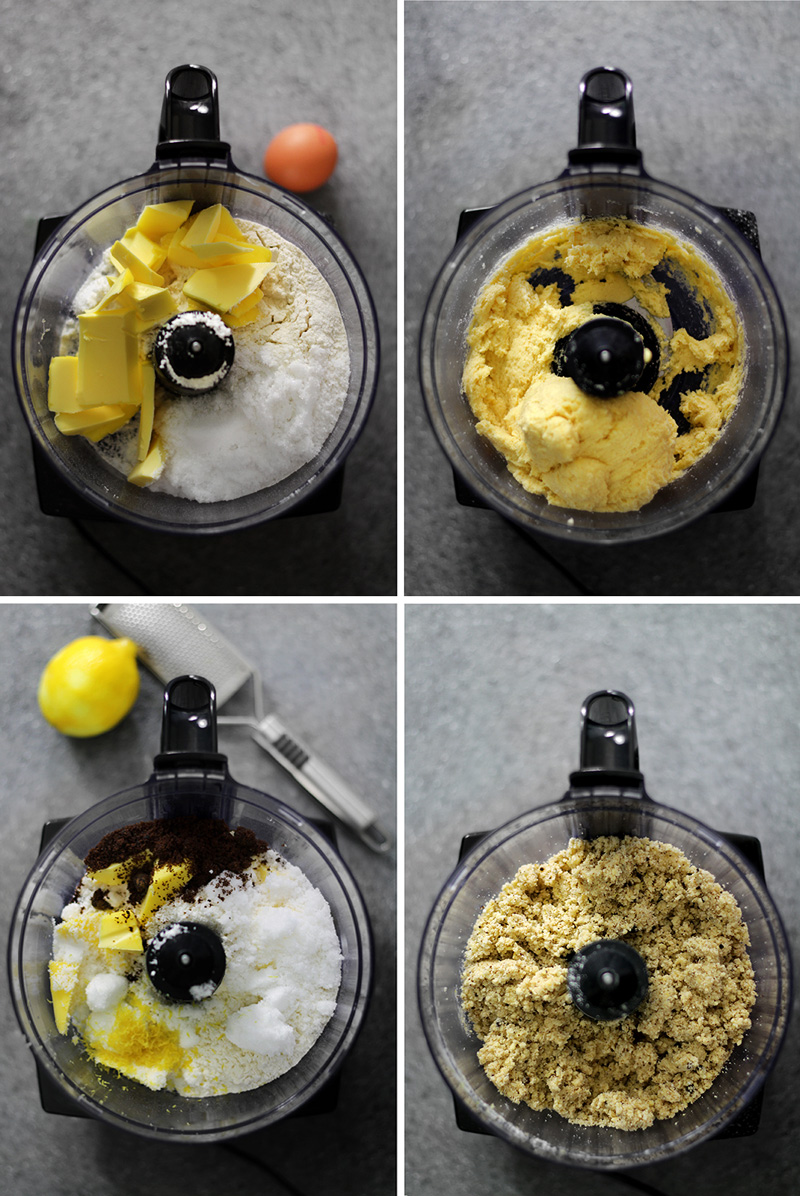 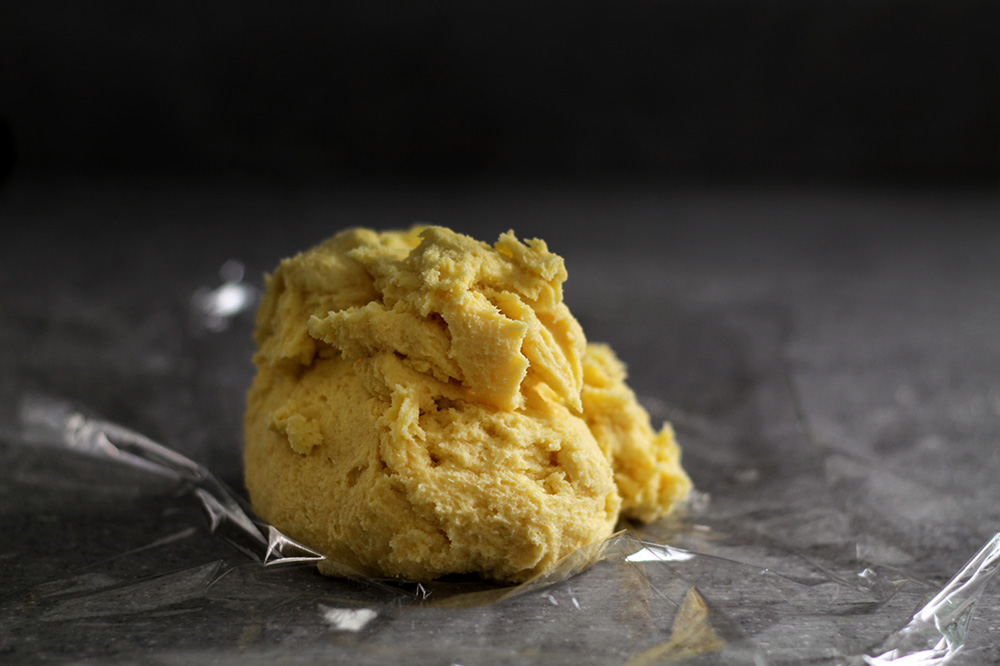 So naturally as a non-keeper I was hoping I could avoid this question.  It emerged out of nowhere tickling my conscience after my very first batch of almond milk but I was too excited to respond to guilt.  Then it came the second time (how coincidentally) after the second batch of almond milk as the phrase “world hunger” briefly wobbled across my mind, so I kept the subject for an extra two-days before it met its final destination which I thought was an admirable effort.  But THEN, it came again the THIRD TIME which I can’t ignore anymore because this time it’s fixed affirmatively in my comment-box (it has found my weakness).  Yes, the question: what to do with the leftover almond pulps after the milk is extracted?  …Damn it, can’t I just dump it in the trash? 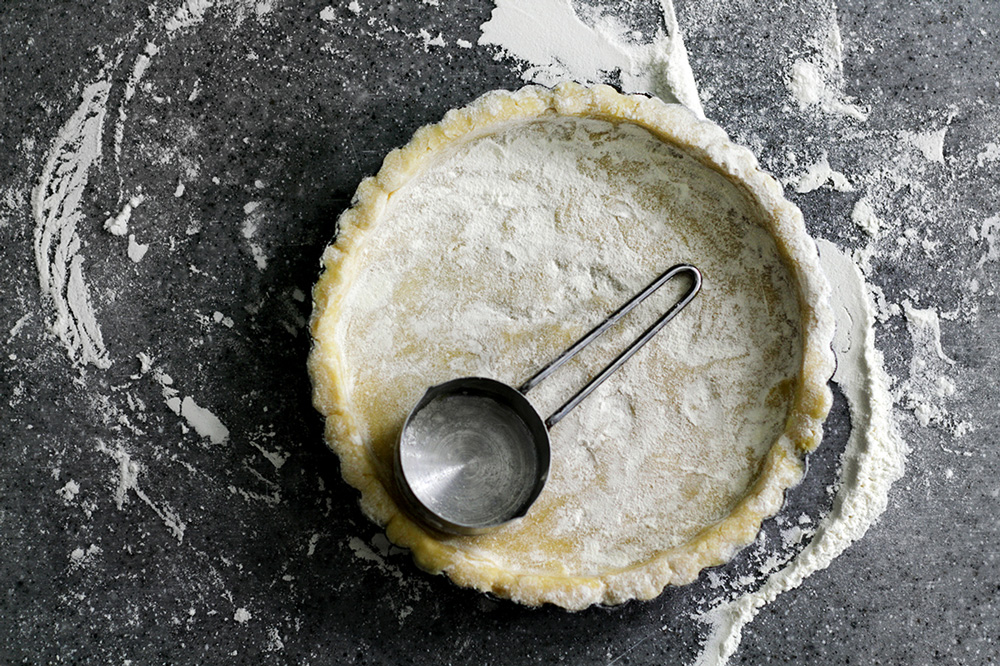 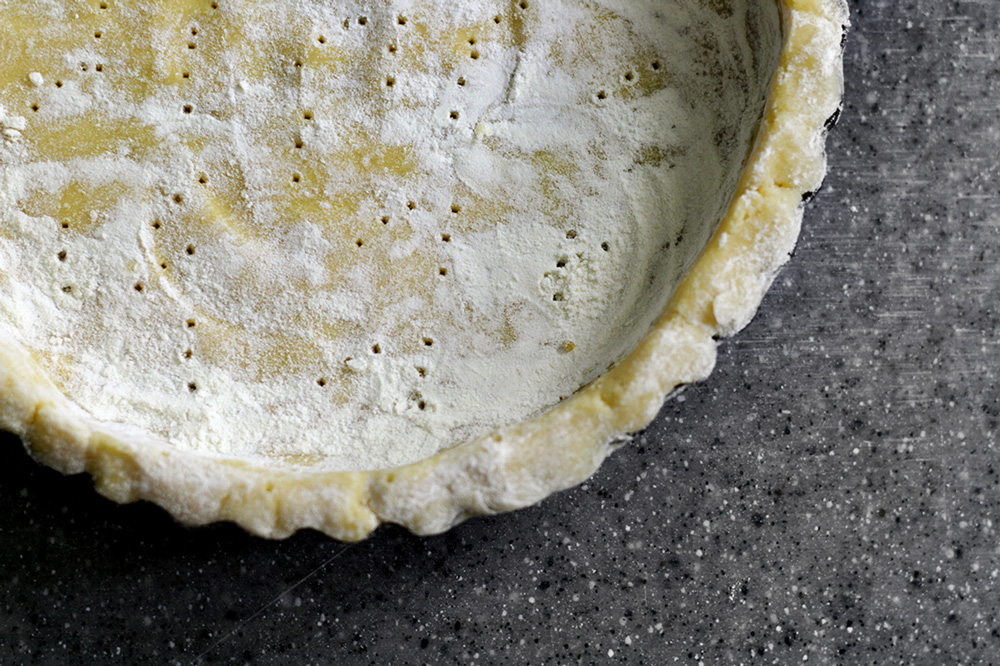 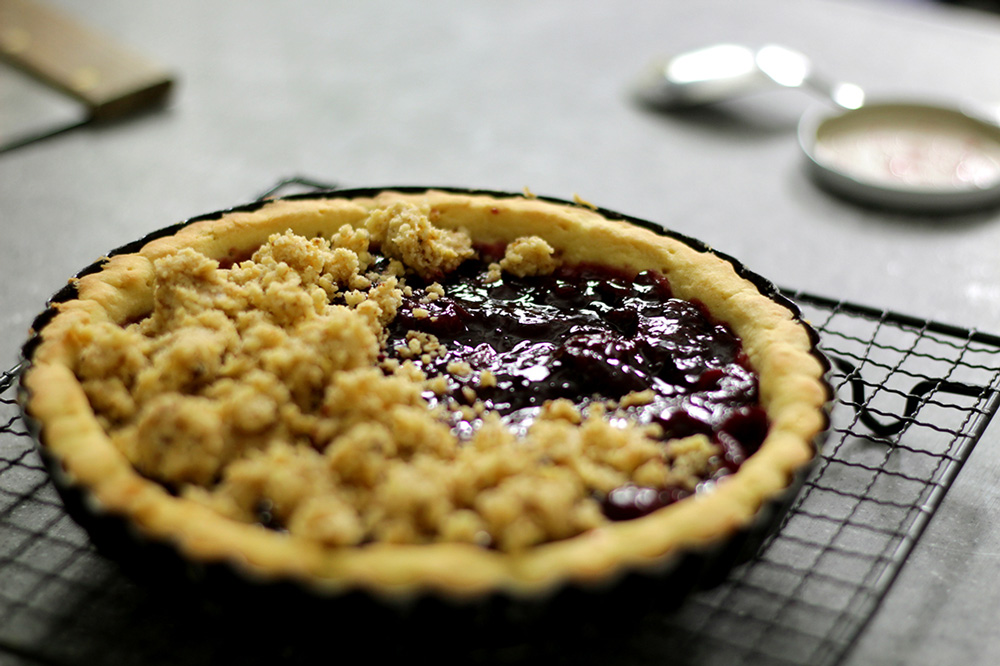 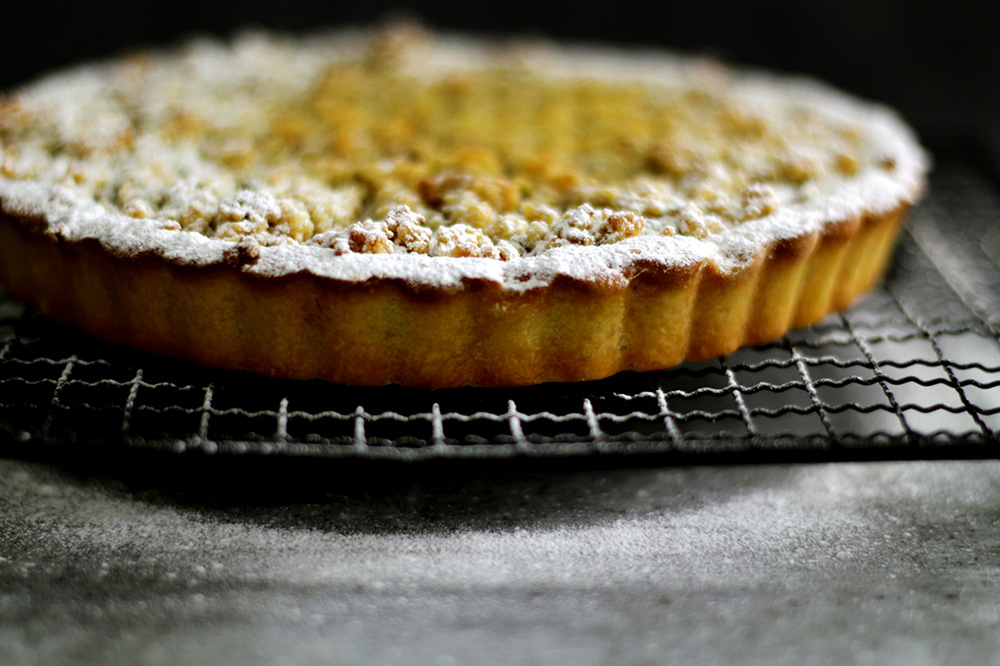 OK, if this is how you’re gonna force my hands, food-hoarders, watch me.  But before I get there I just want you to know that your precious pulp now stands like a soul-less zombie, that whatever was once gorgeous and beautiful about it was barbarically sucked dry by another party, leaving a powdery substance with only a faint remnant of its former self.  So I treated your-precious with equal brutality, separating it in half and violently churned it with butter, sugar and lemon zest, to rendered it utterly unrecognizable into golden crust and crispy crumbs.  But that’s not mean enough oh no.  I forced some of my cheap-ass-grade everyday-jam in its face to remind it of its unworthy place, and together they taste just like any other exceedingly buttery, crumbly and golden delicious fruit tart.  Even its own mother won’t recognize it was almond.  The pulp would agree that the trash-bag is a more dignified way to die. 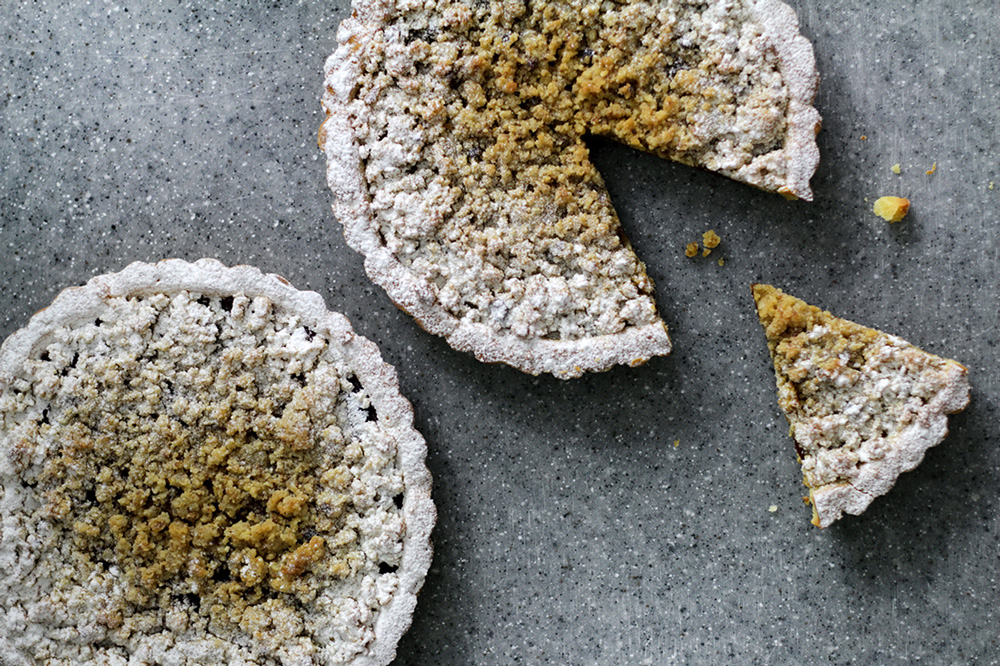 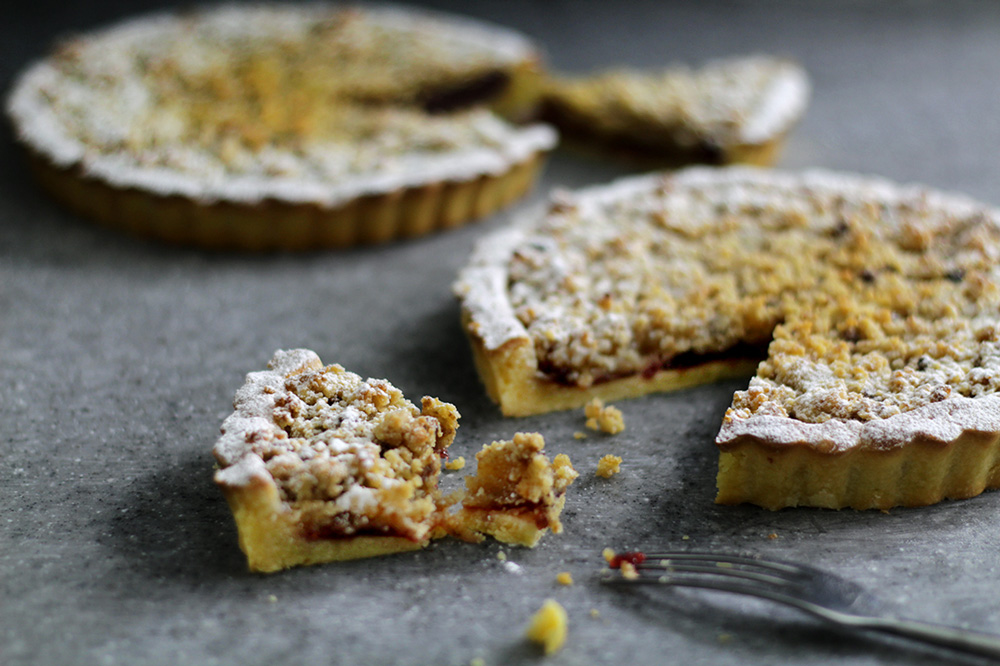 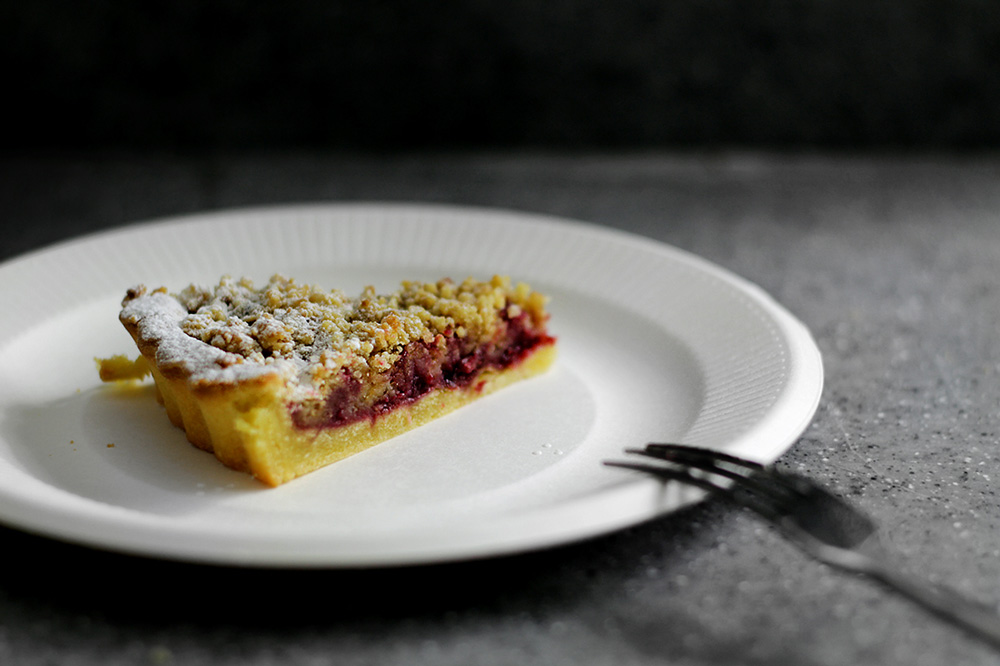 1 cup of almond which yields 3 1/2 cups of almond milk perfect for making these, will give approximately 120 grams of leftover pulp in total.  I happened to have double the amount hence there are two tarts in the picture, but this recipe will give you ONLY ONE TART!!

I suppose if you want to use ground almond (almond flour, or almond meal, or grind your own) directly, you could.  But I would fiddle with the measurement a little bit since almond flour is dryer hence lighter in weight and I suppose different in volume as well.  So from pure logic and speculation, I would say use a little bit less than 60 gram, but… I have been wrong before when I “fiddle” with recipes so…

After making almond milk, leave the almond pulp on a plate and break it up into crumbs with a fork.  Let it air dry for several hours.  The crumbs should be loose and NOT TOO moist.  OR (I didn’t do this), spread it out on a sheet-pan and bake in a 350ºF/170ºC oven for 10 min, or until very lightly brown.  Let it cool COMPLETELY before using.

To make the tart shell:  When ready to use, add 60 g of almond pulp, flour, sugar, salt and unsalted butter in a food processor.  Pulse several times until the butter is coarsely incorporated into the mixture, then add 1/2 of a large egg into the mixture and keep pulsing until the dough comes together and “tumbles” in the food processor.  Scrape the dough out of the bowl and wrap with plastic wrap.  Chill in the freezer for 30 ~ 40 min, or refrigerator for 2 hours before rolling.

To make the crumbs:  Meanwhile, clean the food processor bowl and wipe it dry with a clean towel.  Add the remaining 60 g of almond pulp, flour, sugar, brown sugar, salt, lemon zest and unsalted butter.  Pulse until the mixture comes together as loose and coarse crumbs.  Keep the crumbs in the refrigerator until needed.

To make the tart:  Dust the tart-pan lightly with flour and place the tart shell/dough inside.  Press the dough outward with your fingers until it fits the bottom and the sides of the tart-pan.  Dust the dough lightly with flour, then use a flat-bottomed cup (I use my measuring cup) to press on the dough (especially the corners) so it has an even thickness throughout and fits tightly to the pan.  Return it to the freezer for another 30 min before baking.

Poke holes all over the tart shell with a fork to prevent puffing.  Bake in the oven for 20 ~ 25 min until the edges are slightly browned.  During which if you see the shell puffing considerably, just fork it again and it should deflate.  Remove the tart shell from the oven and spread an even layer of your favorite jam inside.  Then crumble the crumbs on top of the jam-layer.  Return it to the oven and bake until the crumbs are golden brown, another 25 ~ 30 min.

Remove the tart from the pan and let cool completely on a cooling rack before dusting the edges with powder sugar.

Paris, Where Have You Been All My Life?
lard and shallots
OLD BEIJING LAMB SKEWER