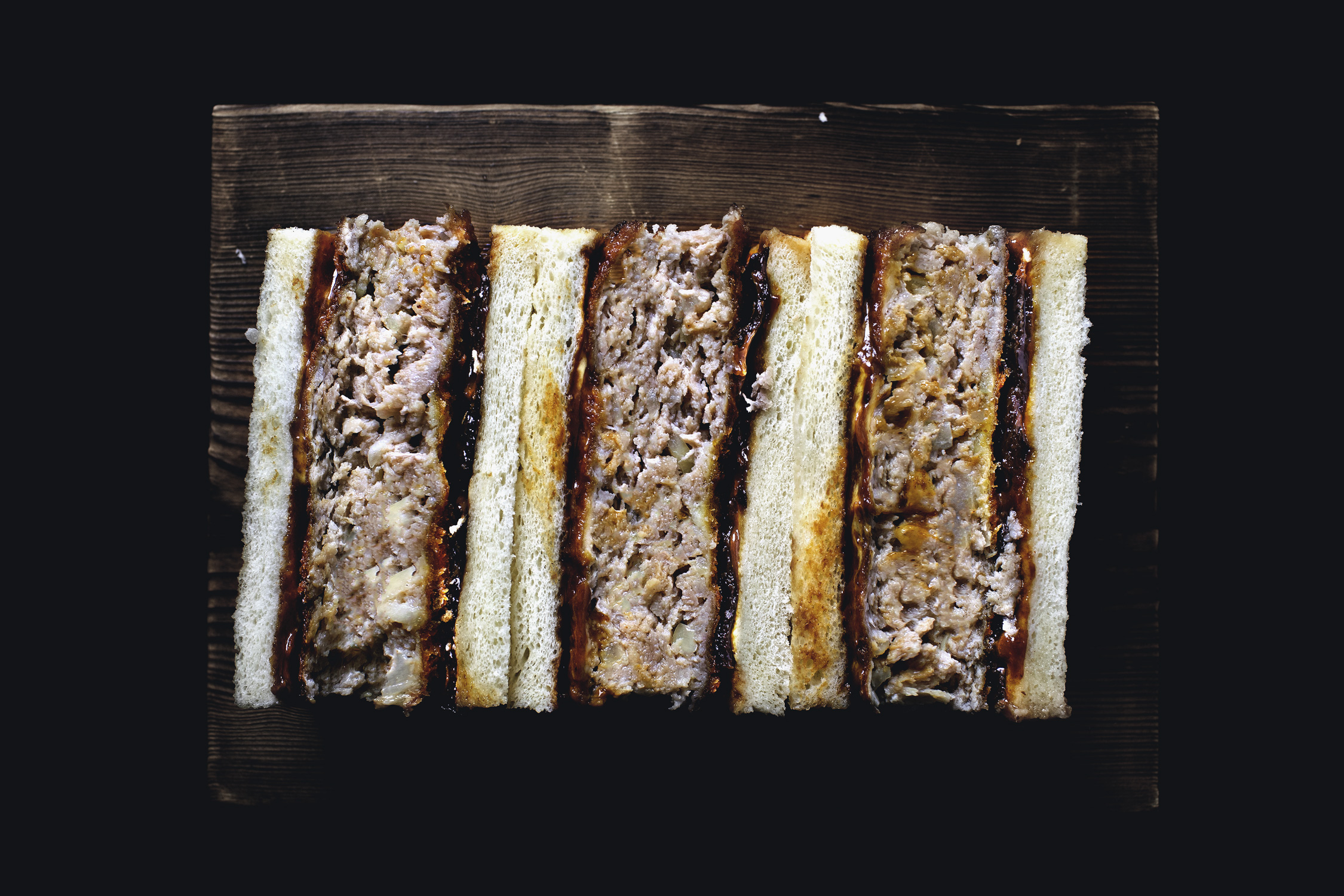 IT HITS JUST THE RIGHT SPOT, ONE OF THE FEW LEFT IN OUR HYPER-STIMULATED MINDS THESE DAYS, WHERE IT STILL ACCEPTS OR EVEN CRAVES PURITY

As we know that there are plenty for the taking, but this is perhaps – as far as I know and hopefully true – Jason’s most obsessed of all perverse Japanese creations, the menchi katsu.

Menchi, meaning “minced”, and katsu, is anything “breaded and fried”.

It exists in many different forms and spirits, each and one of them equally bizarre to the conventional wisdoms of the west, but one in particular, the menchi katsu sando / fried ground pork patty sandwich, will send many scratching their heads inside a Japanese convenience store.  That is because its pure genius can only be realized upon one fateful encounter – one that reflects truly on its seemly simple but in fact, delicate preparations, and the childish yet complex satisfaction it plays on your tastebuds – which, unfortunately, can be a rare occurrence outside of Japan.  Actually, outside of Japan, this idea sounds more desperate than anything else.  Why do we want to fry a disk of ground pork – by the way, an almost comically massive disk of ground pork – then leave it with nothing else, and I mean absolutely nothing else, but just some tangy brown sauce in between two pieces of flimsy, flappy white breads?  You’ll question its painful simplicity, whether is from desperation, or, by choice.  Why not add something else to it?  Tomato?  Bacon?  Cheese?  Fried egg?  Jalapeno?  Two hotdogs and a jug of Bloody Mary with a mini umbrella?  Come on, anything, anything to satisfy this North American instinct to pile shit up.

I can’t explain it to you.  You’ll have to experience it.

But I can’t take you to Japan.  I can only bring the recipe home.

This recipe is my very controlled but slightly adapted, and perhaps,, in my opinion, enhanced version of the original.  And when I say that, I’m mostly referring to the katsu sauce.  Slight variations on this sauce are applied to a vast number of different dishes in Japan, like okonomiyaki and takoyaki to name a few.  But most of the recipe in English that I found online is, well, lacking, if not insulting.  Ketchup plus worchestire sauce, basically, with some soy sauce and sugar?  Please.  The sauce is much more complex and deserving of our respect than that, which requires several different angles of acidity and sweetness that adds up to be more than the sum of its parts.  There is a depth that, I feel, cannot be achieve with the conventional balance between vinegar and sugar, which is where “fruitiness” comes in aid.  Prunes.  Blended into the sauce, they built volume and flavours into the back-note, then pounded and added as a thin film in between the sandwich, they added textures and subtle sweetness.  This sauce plays brilliantly with the fatty richness – 35% fat if I failed to mention – of the menchi katsu, and brought both a voluptuous sort of moisture and adhesiveness to all parties.

You’ll realize why you don’t want to do anything else to it.  It hits juuust the right spot, one of the few left within our hyper-stimulated minds these days, where still accepts or even craves purity.

This is not just a slapped-on emergency sustenance.  There are thoughts and wisdoms, upon many generations, that evolved and stripped it down to its now, brilliant plainness.  If you are going to make it into a Big Mac, at least call it something else. 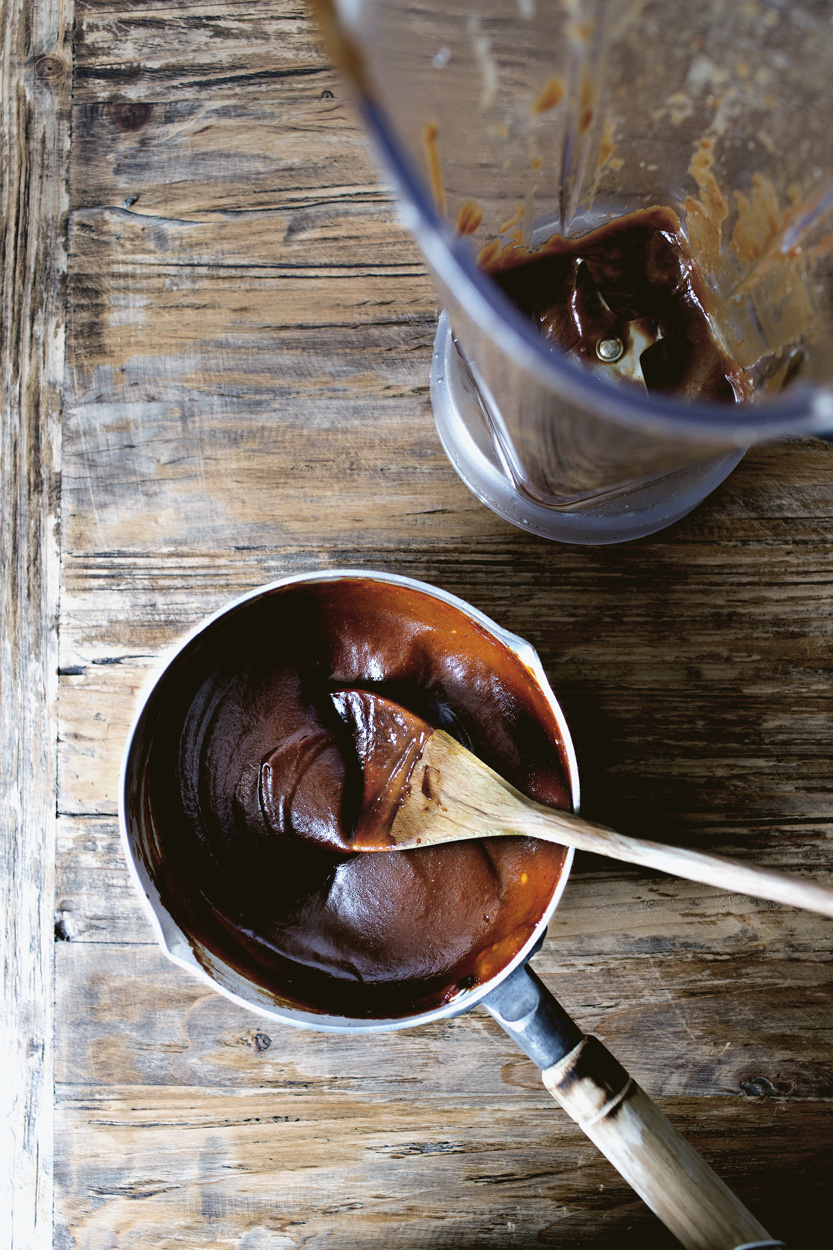 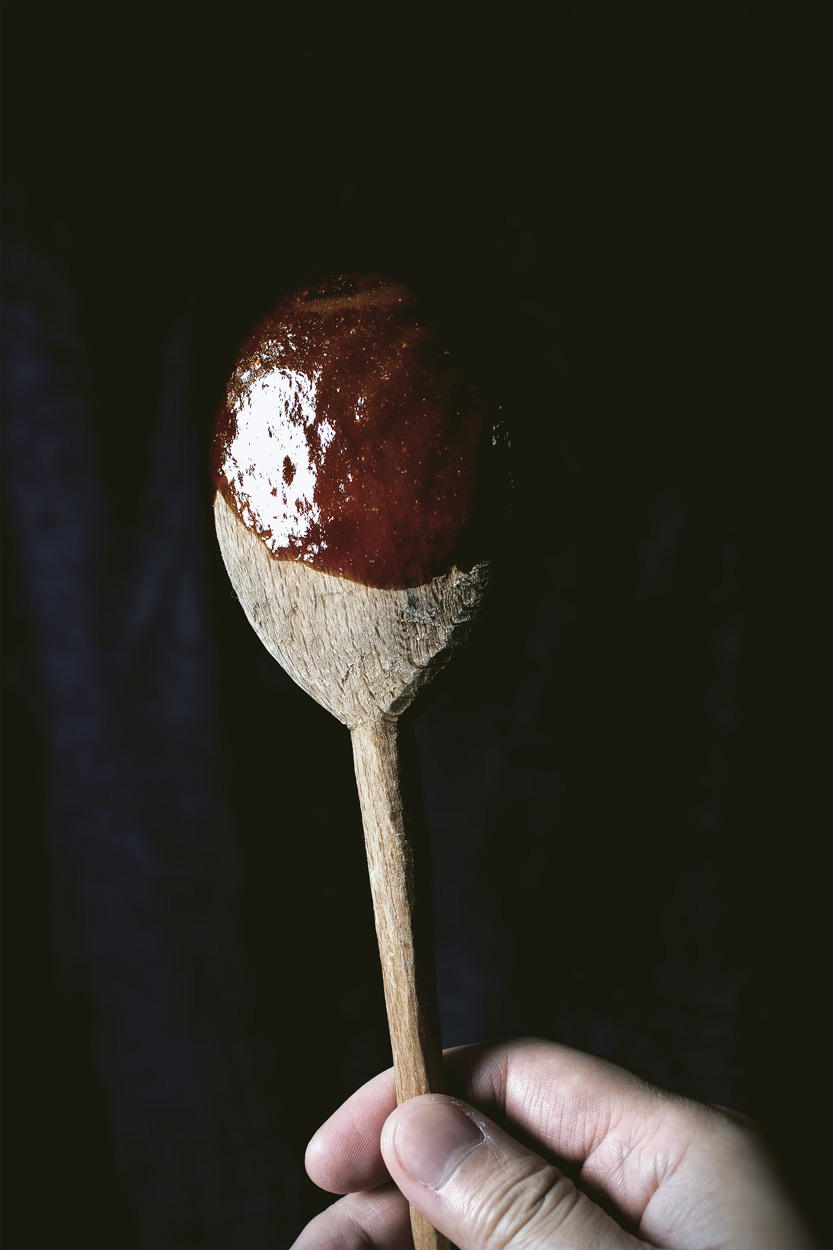 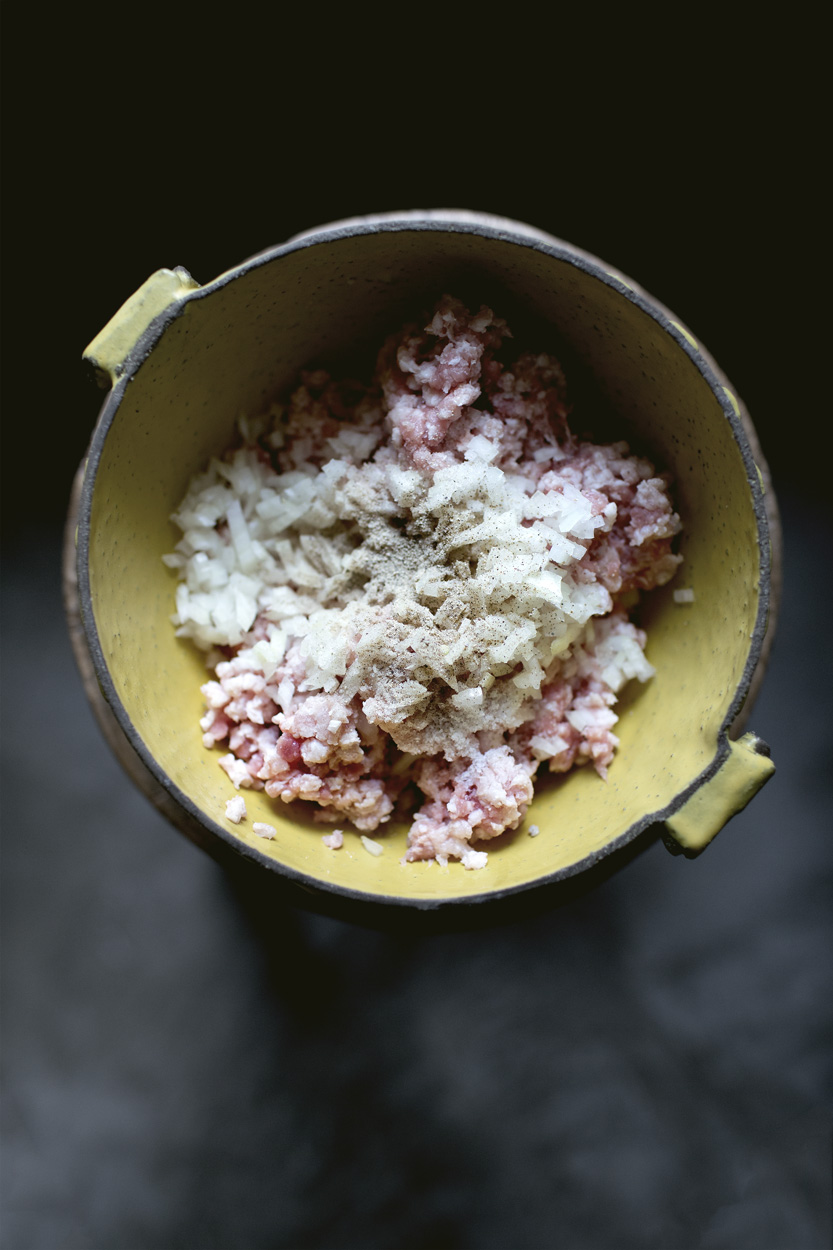 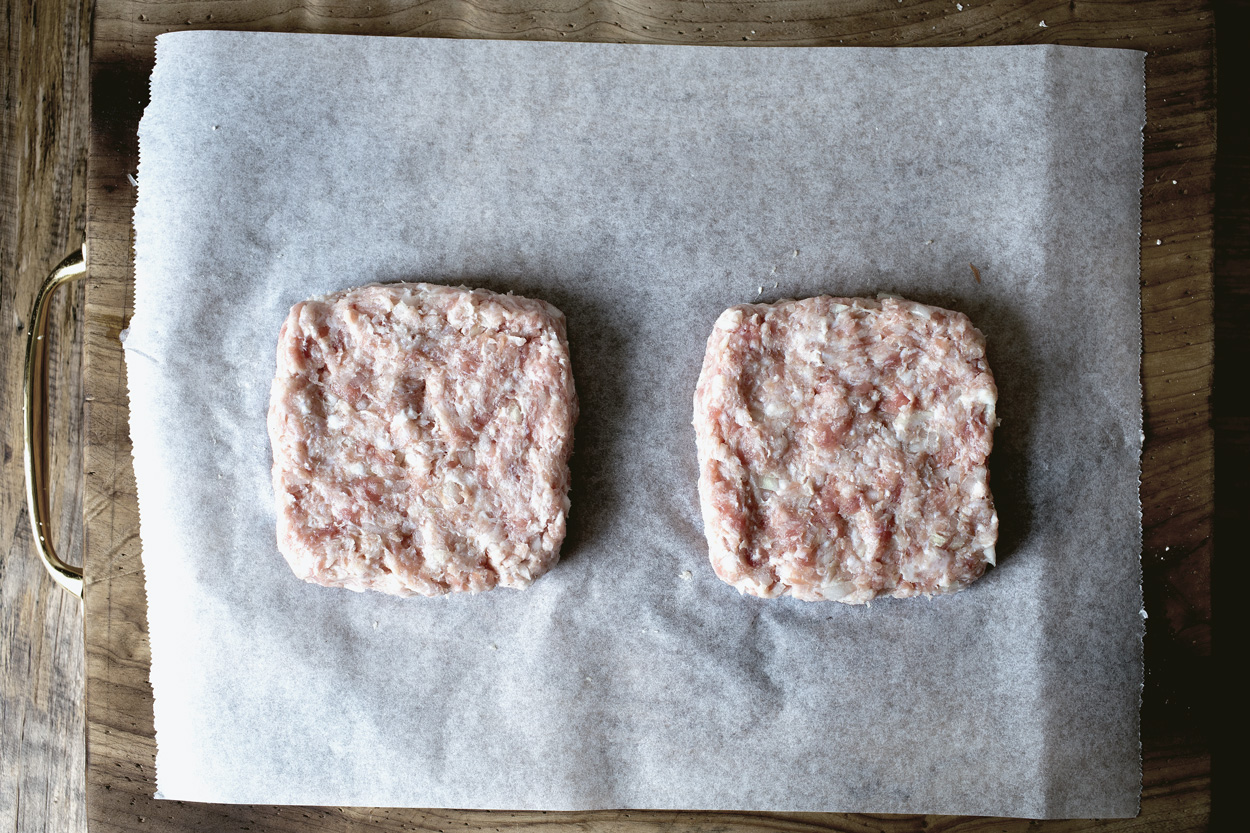 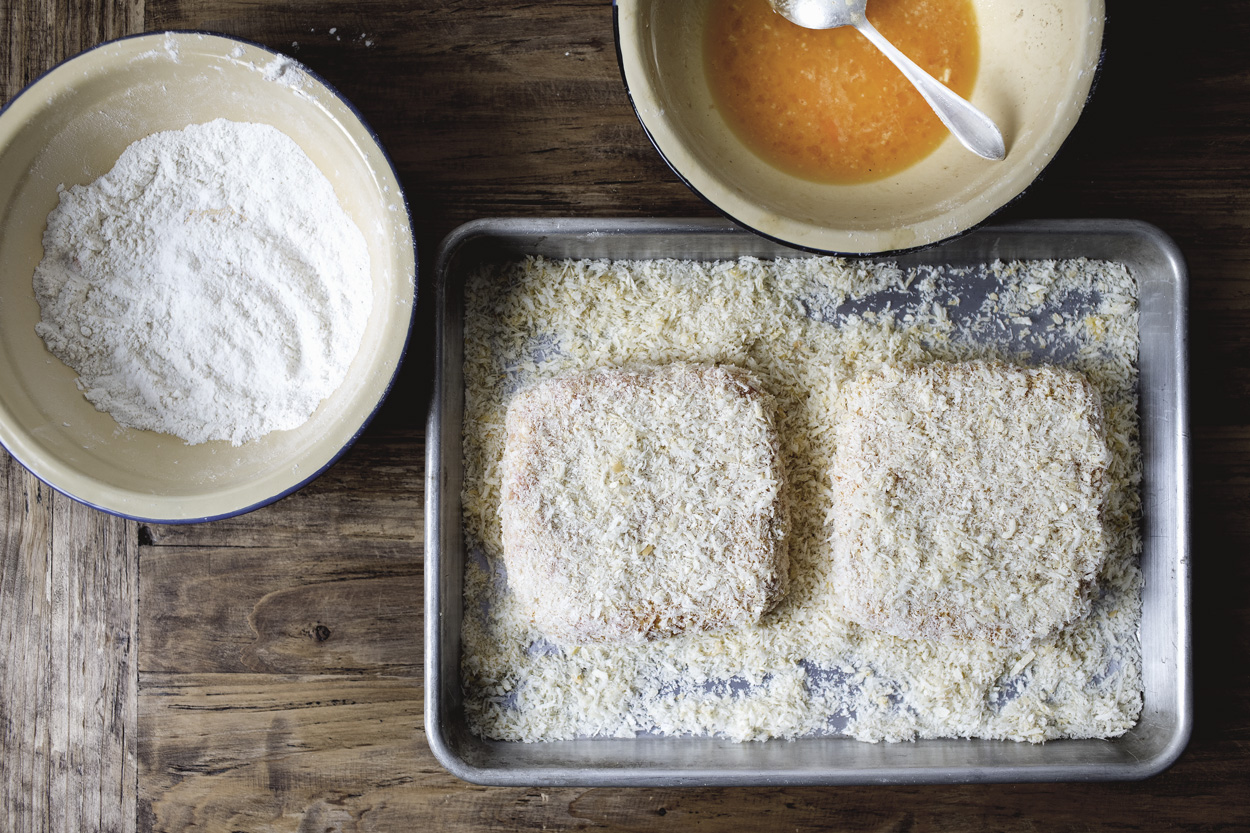 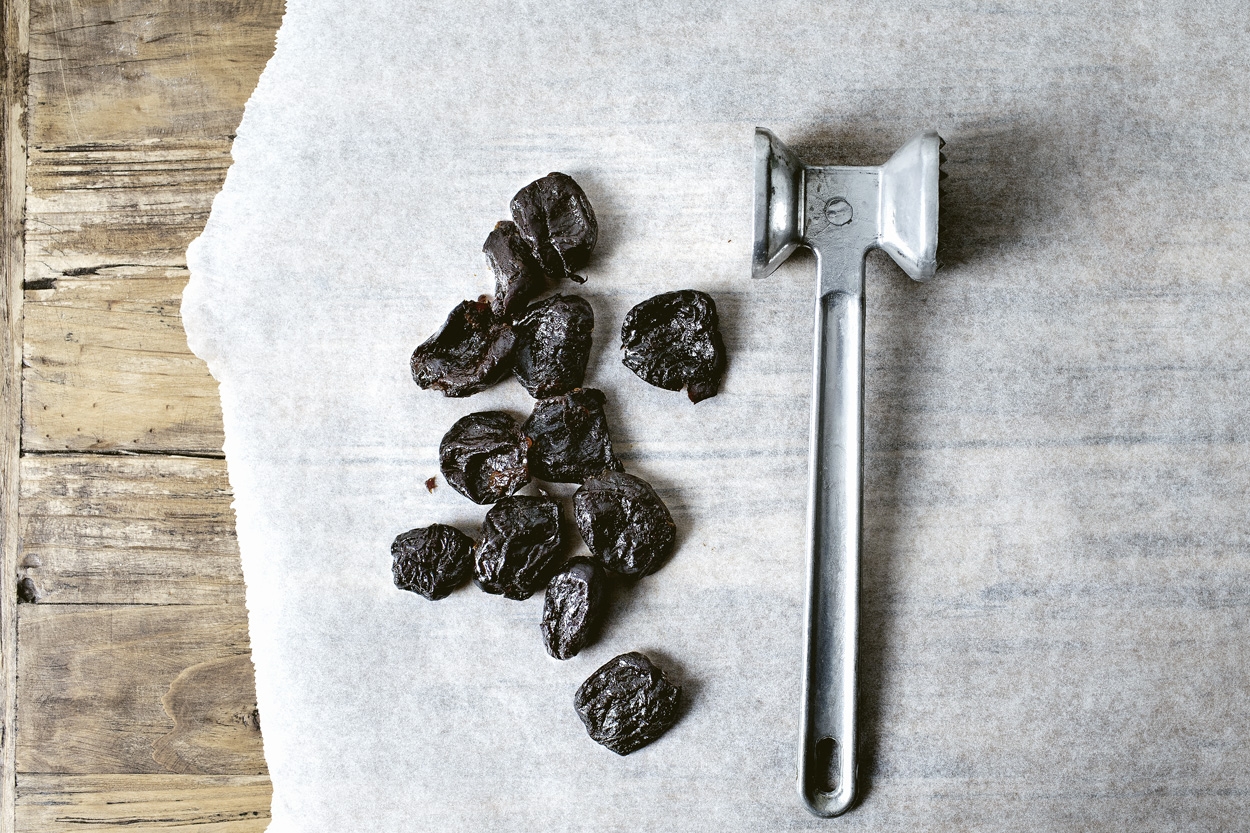 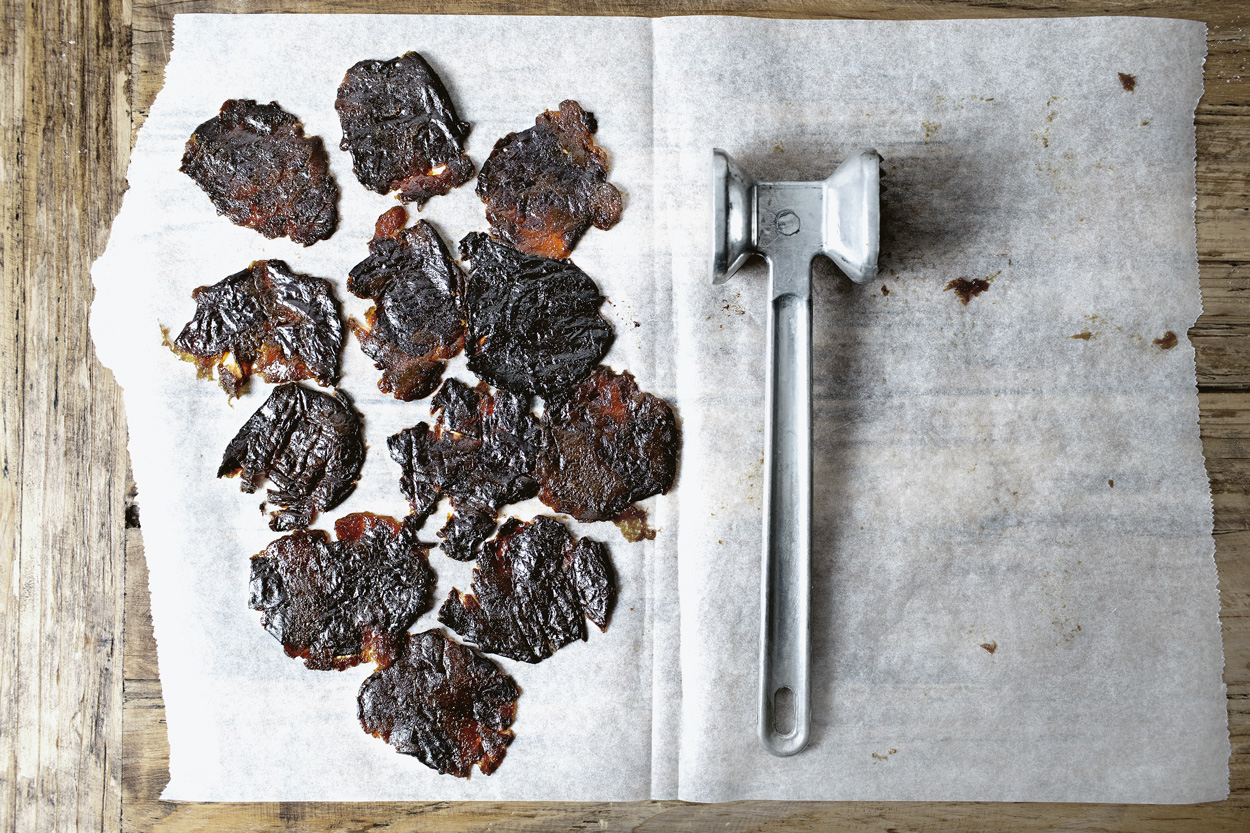 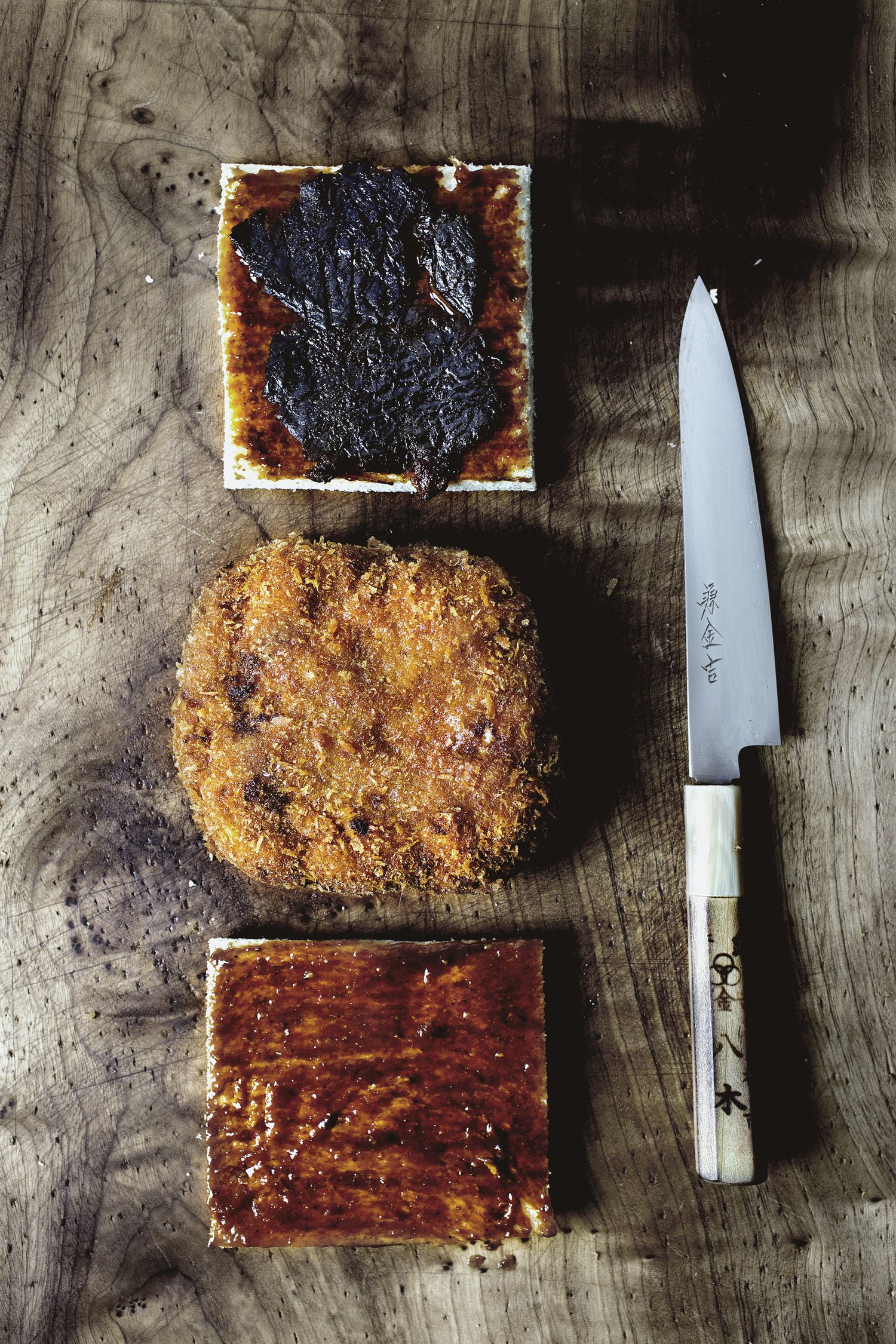 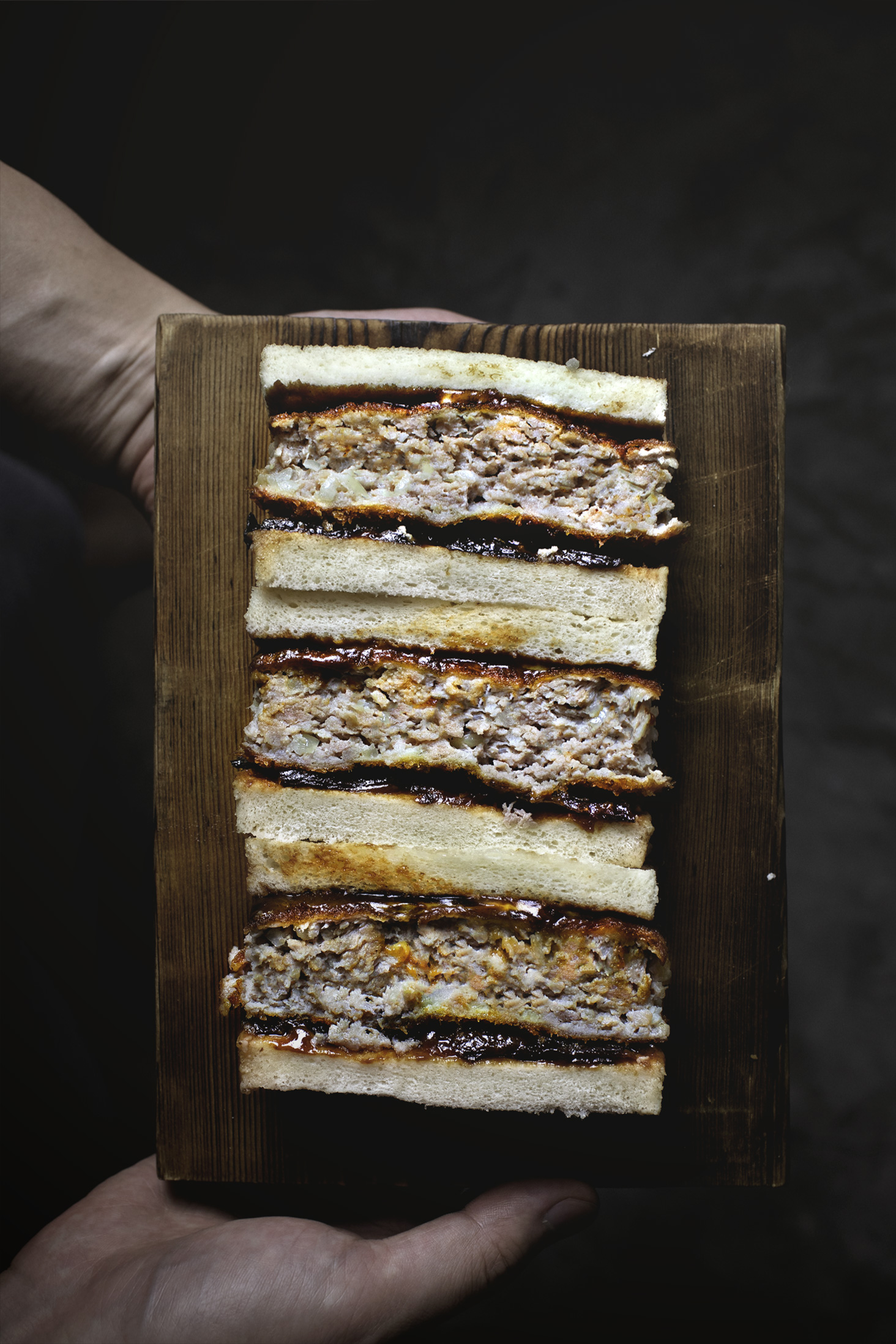 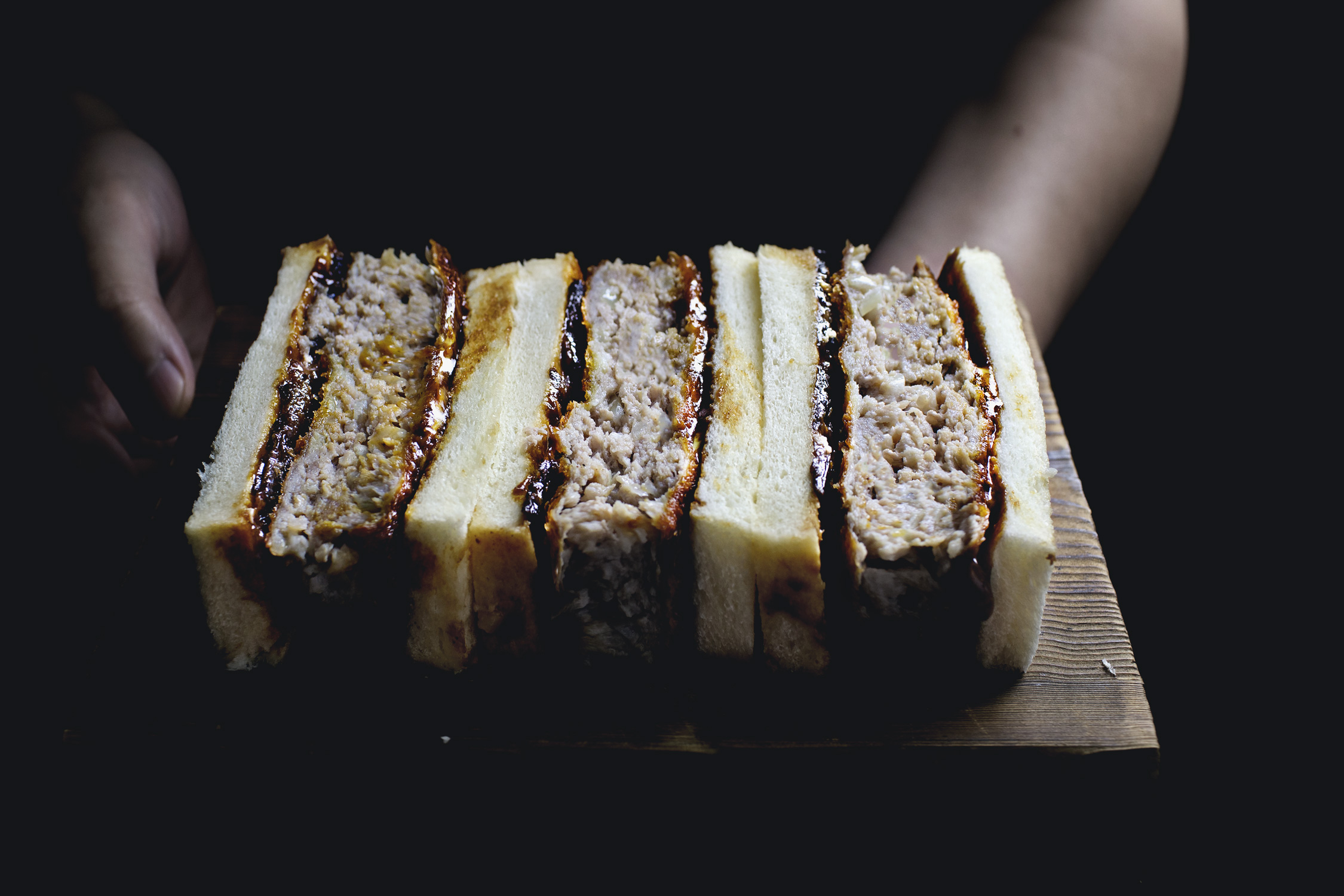 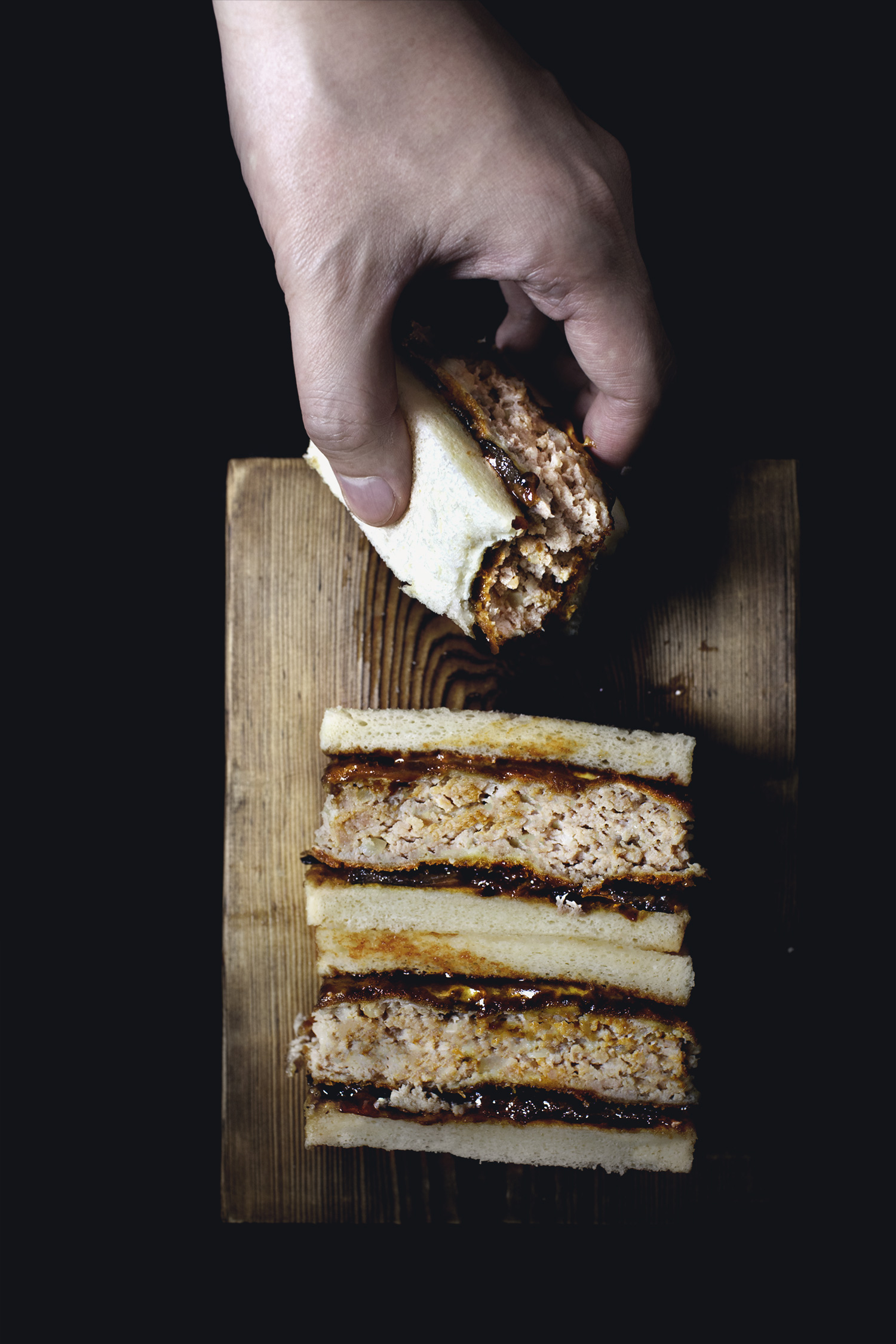 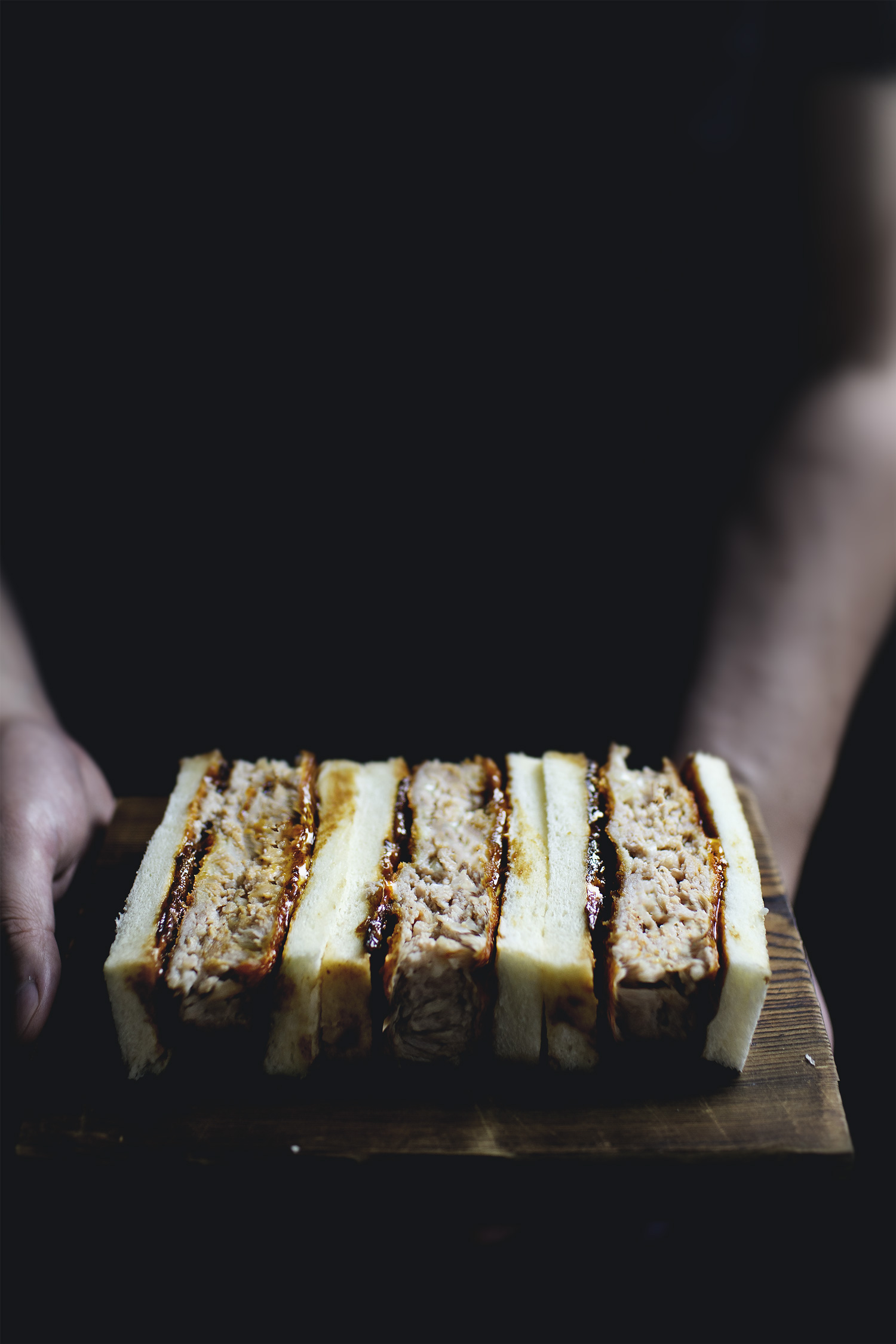 You can use the katsu sauce also for takoyaki and okonomiyaki.