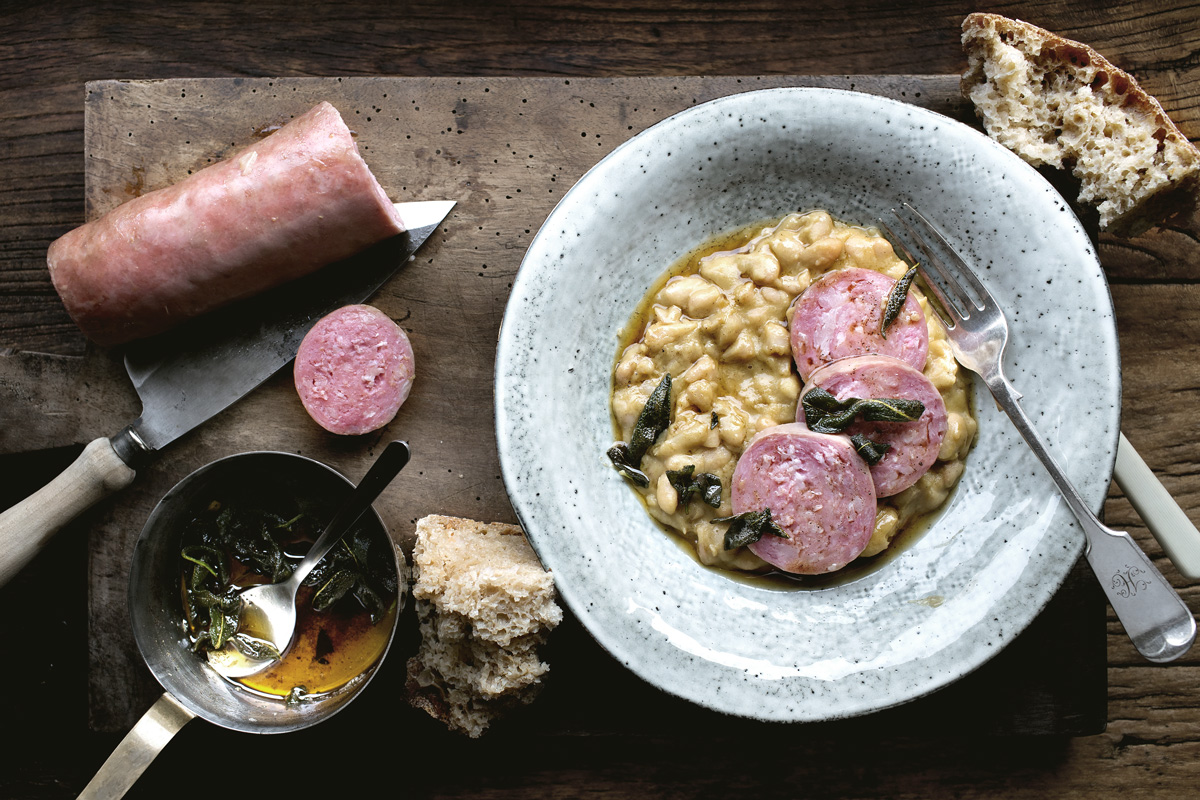 All the best things in life are clichés.

Paris, is a cliché.

I’ve fought consciously throughout my adult life not to fall for it, or at the very least, say it out loud, fearing I’ll sound like a girl wanting to model or a guy in a sports car. It oozes unoriginality. But in the end, excuse mine if you will, as we sat predictably at an open cafe at 6:30 am, watching this city in beige and pastel grey slowly waking up in a wash of golden summer lights, acutely aware of its both corny and extraordinary allure. Paris, I succumbed, is Paris for a reason.

But I knew that four years ago, when I visited Paris for the time time. This time, I wanted more. And I didn’t mean a private jet from somewhere like jettly.com to take me there (although a girl can dream, right?!).

I wanted more not from Paris, but from the country that it has instilled great bewilderment for inside my mind. If that was Paris, then what is France? An embarrassingly stupid question no doubt, for a pre-middle age woman to ask but frankly, I’m too old to pretend that I’m better. If I were destined with death-by-sugar then fuck it, bring out the ice cream-truck, and I want her every single available flavors including the weird ones against my best judgement. Not just to see her polished beauty but – almost out of both cynicism and total respect – I wanted to slowly cruise through her central veins, starting from Paris, then Burgundy, Lyon, Luberon, Marseille, then along her riviera that ends in Nice. What would I find on a road trip in France? Perhaps a side of her that looks no different than places just off of the New Jersey turnpike (and yes there are). Or perhaps more beautiful cliches? I will be able to travel through those perfectly imperfect ancient villages and chateaus freckling along her cheeks. Would I be able to have one? To find it unmistakably amidst all, to go back to it again and again? My favorite freckle of hers?

This isn’t the first road trip I’ve been on. I went on a big road trip in the US when I had just passed my driving test. I was very new to driving, I had only just learned how to buy car insurance, and I thought going on a huge road trip would be an amazing idea! Needless to say, it didn’t go entirely to plan, but I still had lots of fun. I remember one evening I pulled in for some food and ended up having a couple of glasses of wine. I didn’t even think that I was driving, which shows how knew I was to it! I had to use a blood alcohol concentration calculator and discovered I was over the limit. Thankfully there were some rooms at the place I stopped, so I just ended up staying the night there. It saved me a night in the car! 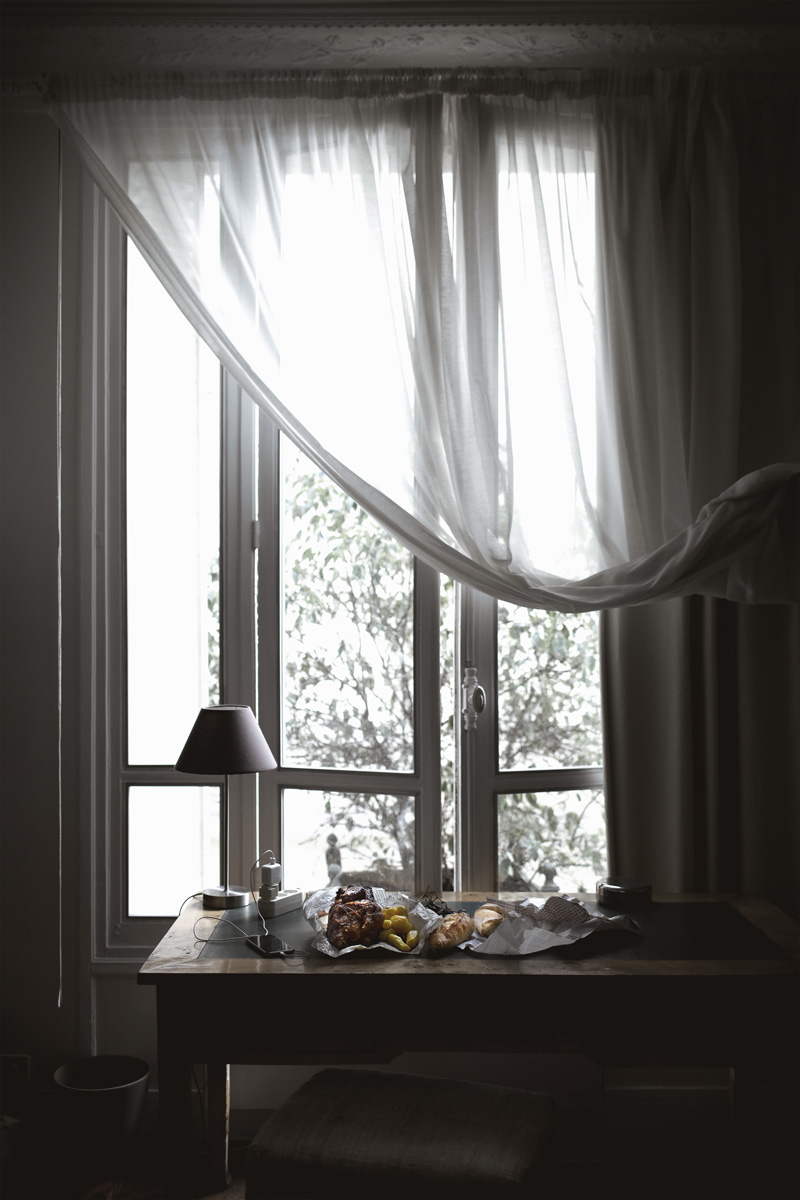 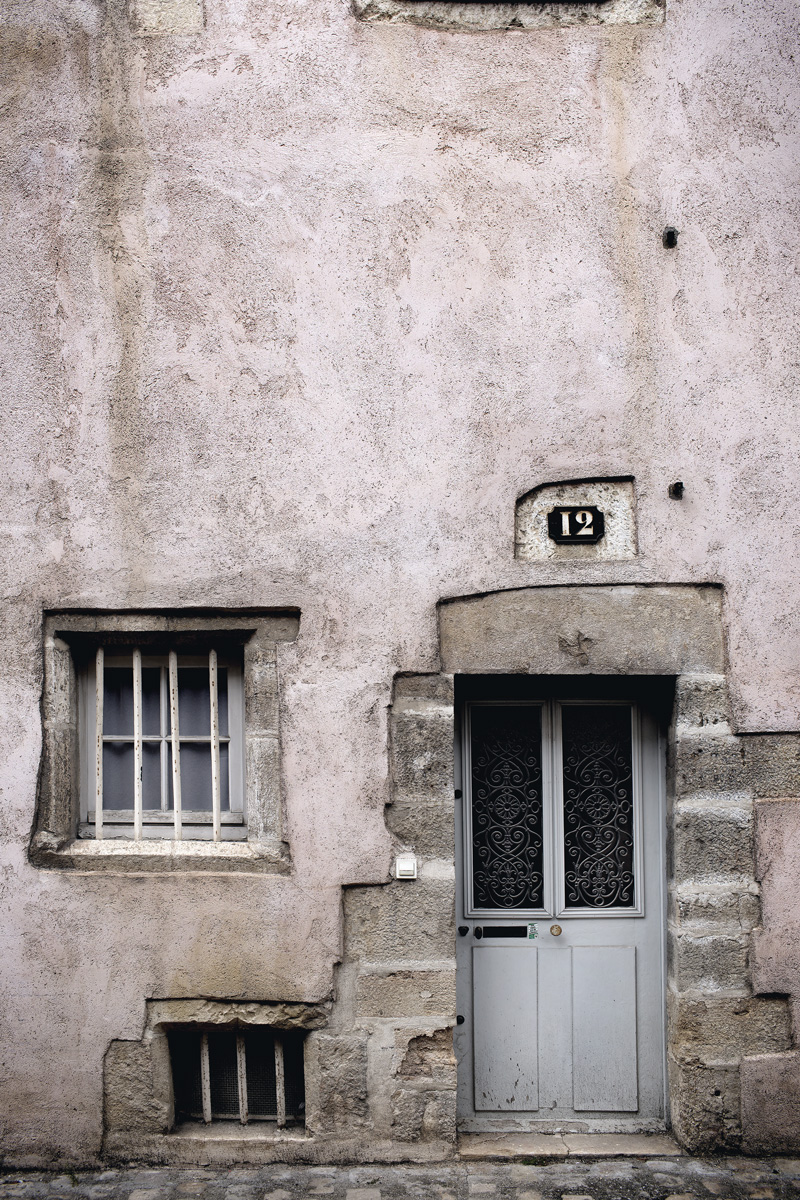 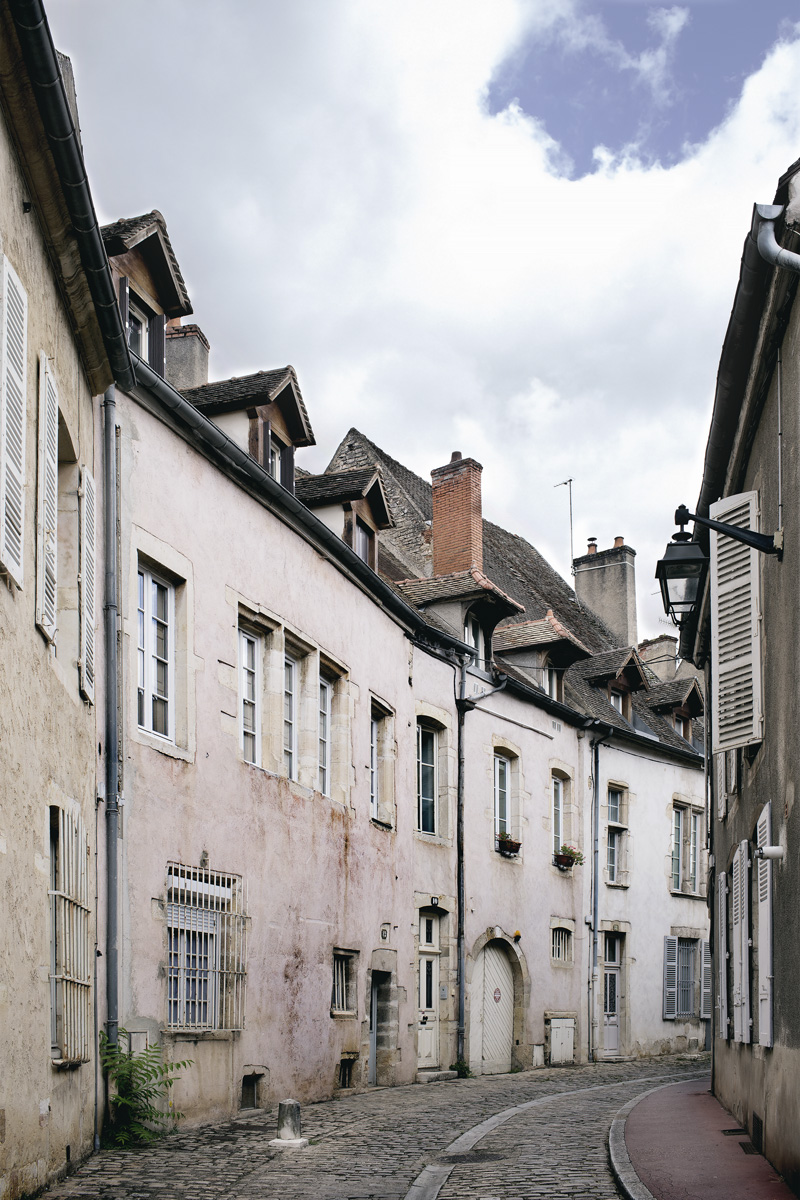 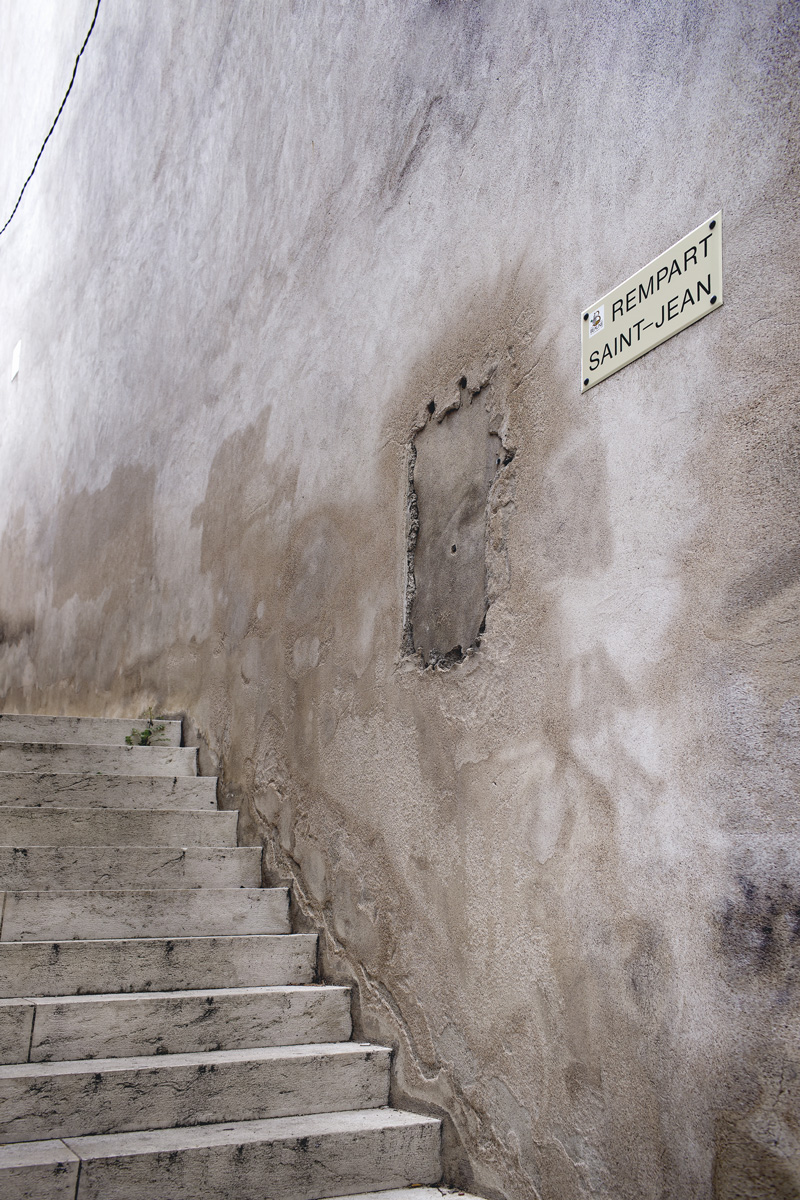 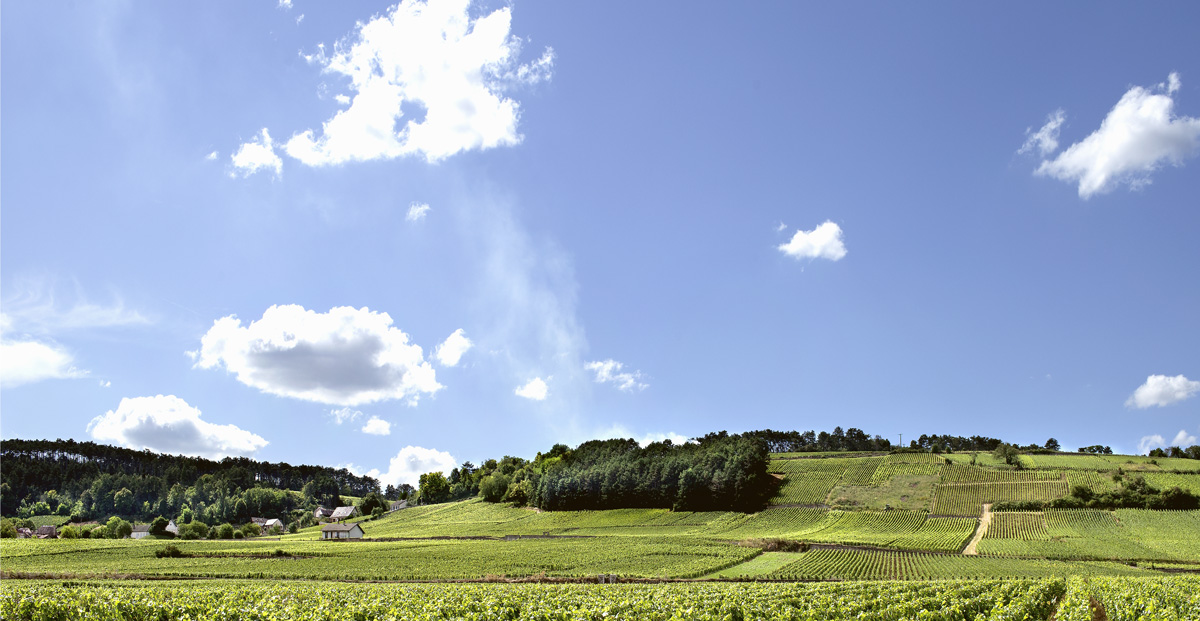 Our journey began with a short pause in Paris. Depending on your aspirations, a stay across Sunday and Monday in the middle of August, is either the best, or worst time to be in Paris… In fact, all major cities in Europe for that matter. (don’t do it) Luckily, the city maintained enough functionality for us to pack enough saucissons, terrines, cheeses and mid-summer peaches to fuel our trip and the next day, we went south. I’ll say, that the first hour was not the most exciting thing to have happened in the history of road trips, but as the inevitable roughness surrounding every major city slowly peeled away, almost sensually, like a woman undressing, the lines of her terrain started to unveil, and her curves emerged throughout a landscape so vast, I could see the sun casting shadows through the clouds on her body like dappled lights.

You couldn’t help but sigh… fine… so she is. The postcards and footages you see about France’s wine country that you almost doesn’t want to believe is real because someone else has it and you don’t… All that, and yet in fact, she does. She does look like this, feel like this, smell like this, exist like this. It is almost infuriatingly true. That evening we arrived at Chateau de Burnand. How do I even describe the chateau… I almost chuckled… this impossible beauty that I found so carelessly on Airbnb only as a “mid-stop” between Paris and Lyon, like it’s some kind of gas station on a highway, but in return, perhaps changed how I feel about living forever. I am not sure if I can describe it… or if I even want to for that matter. You can’t describe a song and even if you tried, it will not convey.

But there were two tall, slander wooden window in our room. When opened, the brisk, cool morning air pours in, melts into the space and fills your pores. It almost consumes you, like a glass of aged wine, with a hint of grass, moss and fresh barn hays, alive and fluid… I could taste its intent.

It’s not quiet. It’s not… peace. But stillness, at heart.

In that moment, I felt, so rarely, that my mind could be still for a moment, or forever. There are a limited number of moments in life that your mind will not and cannot let go until the end, and I left one at the Chateau de Burnand. 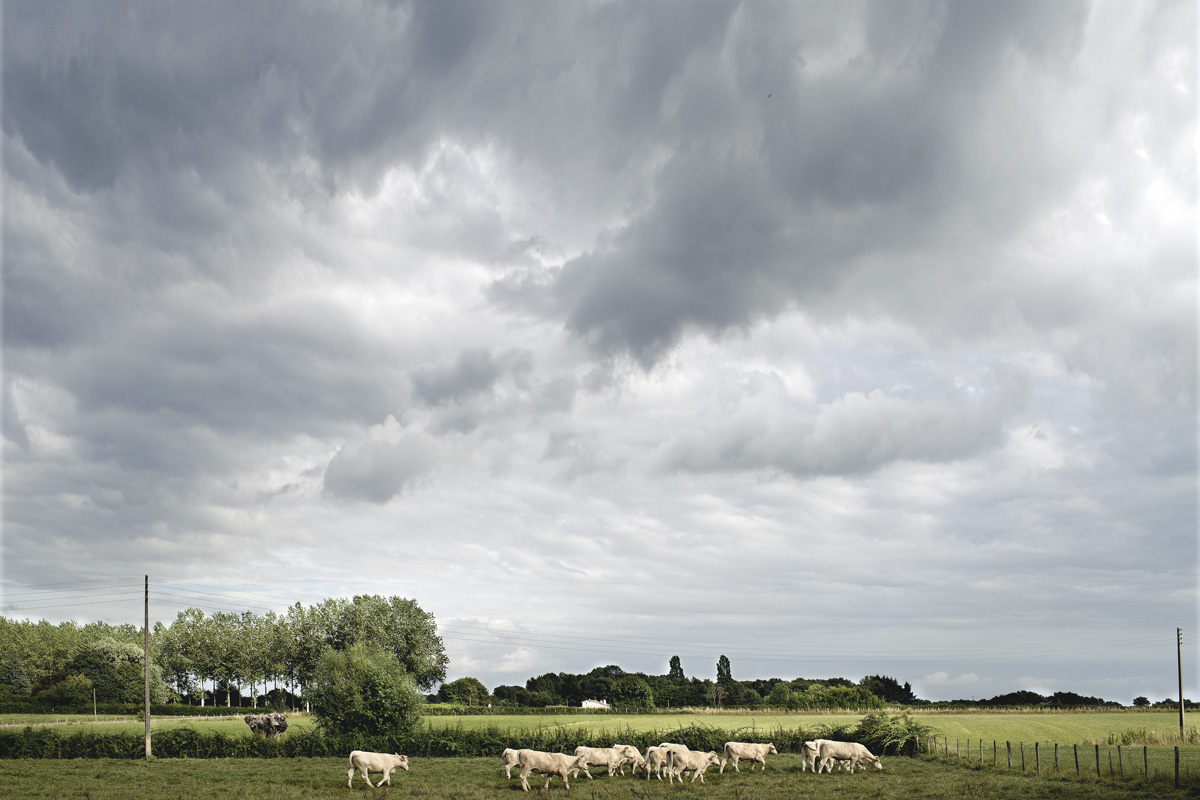 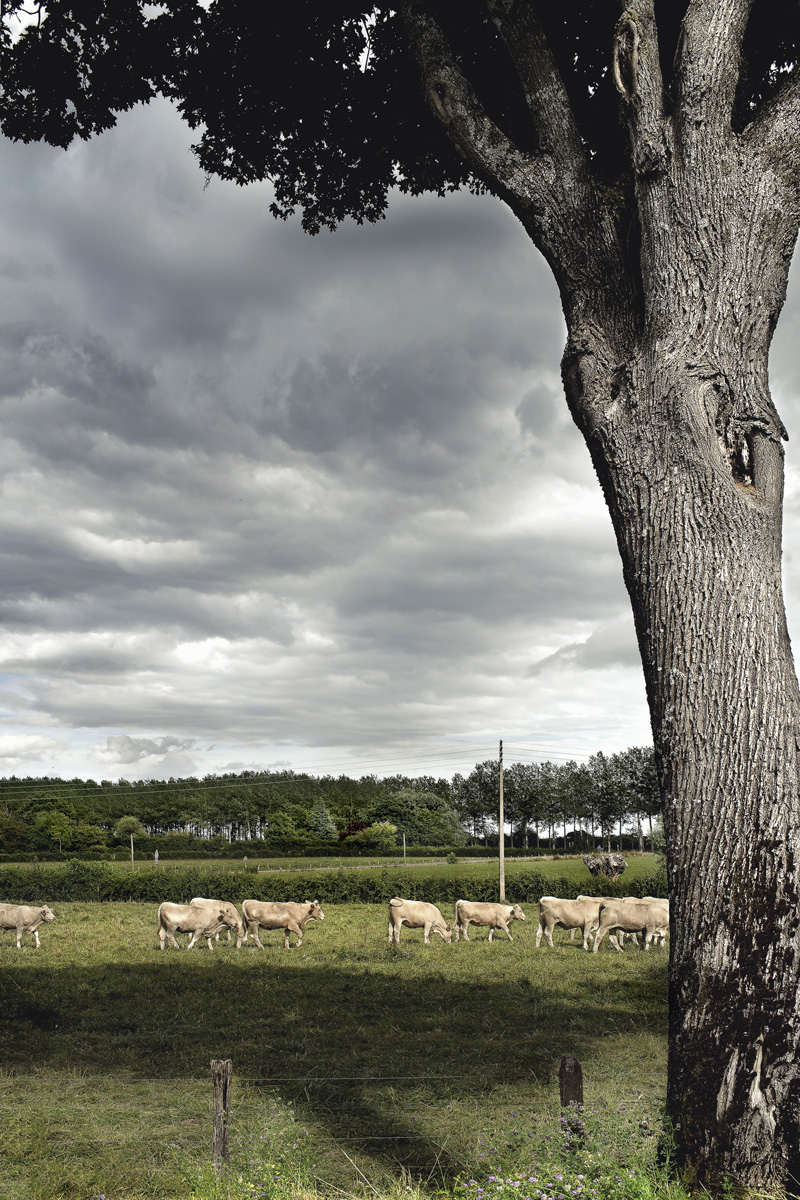 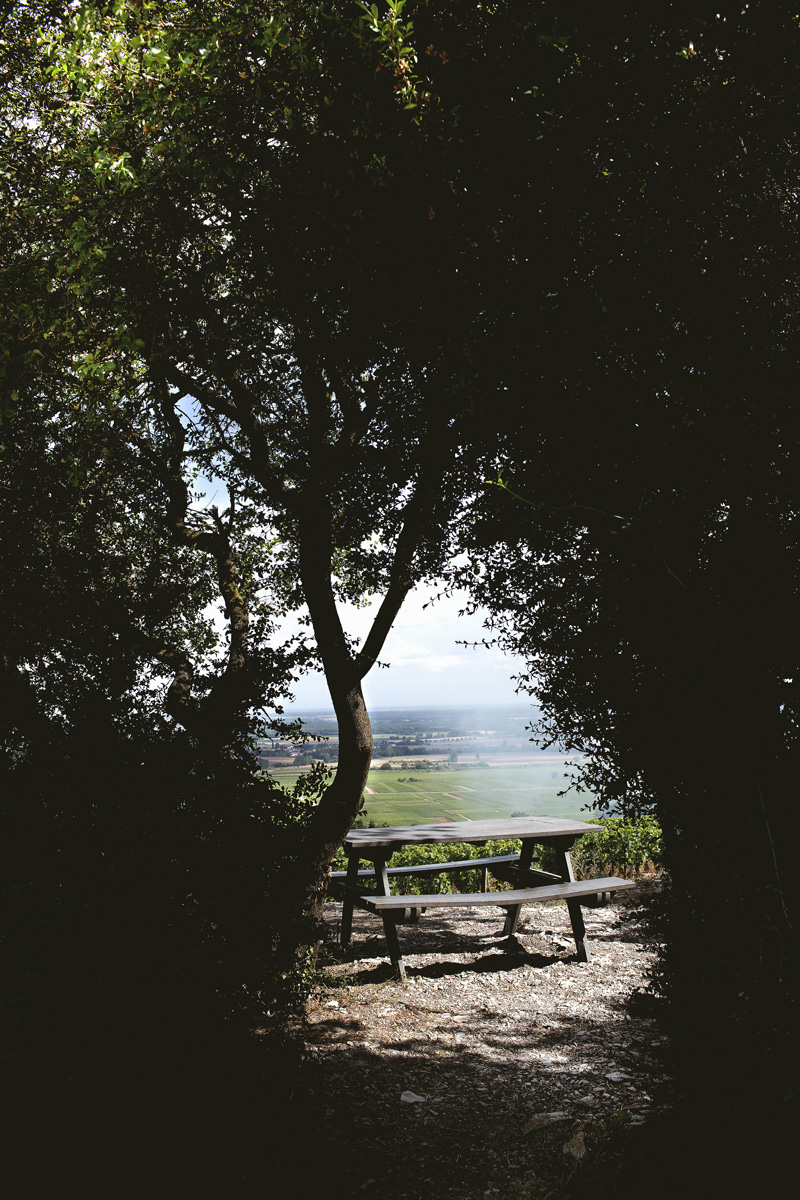 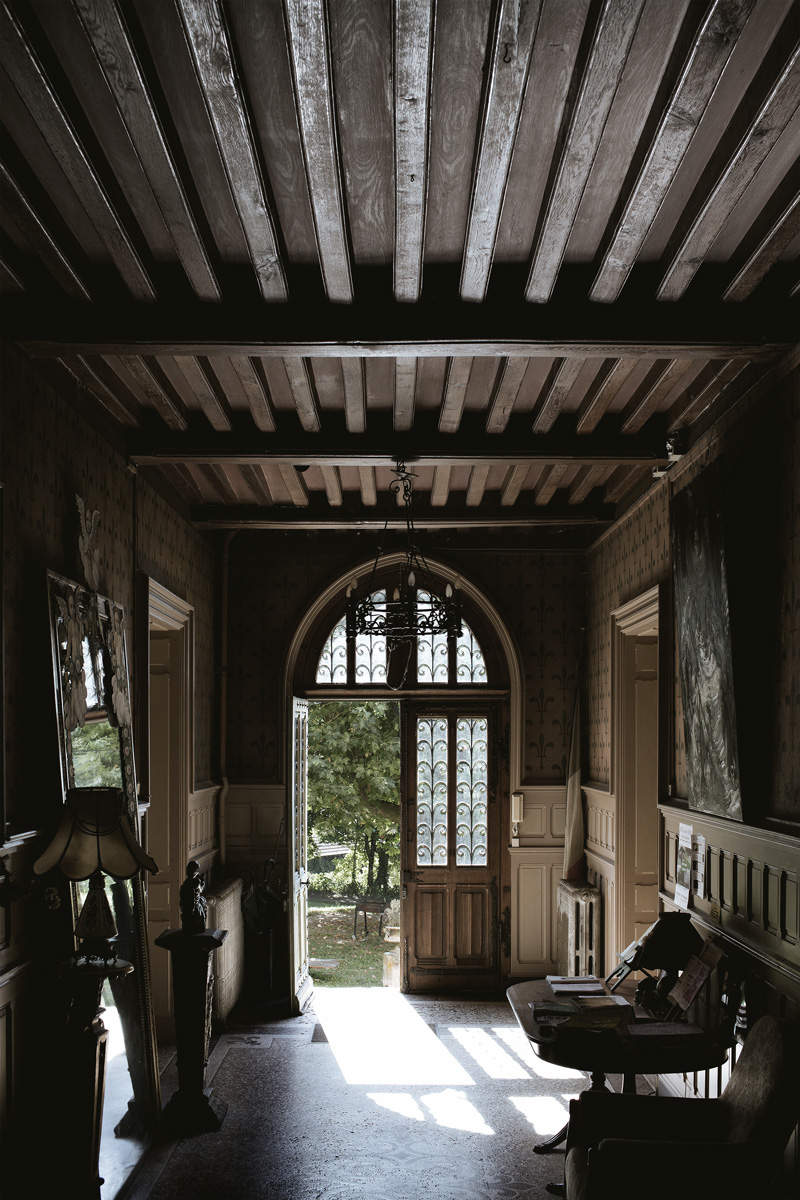 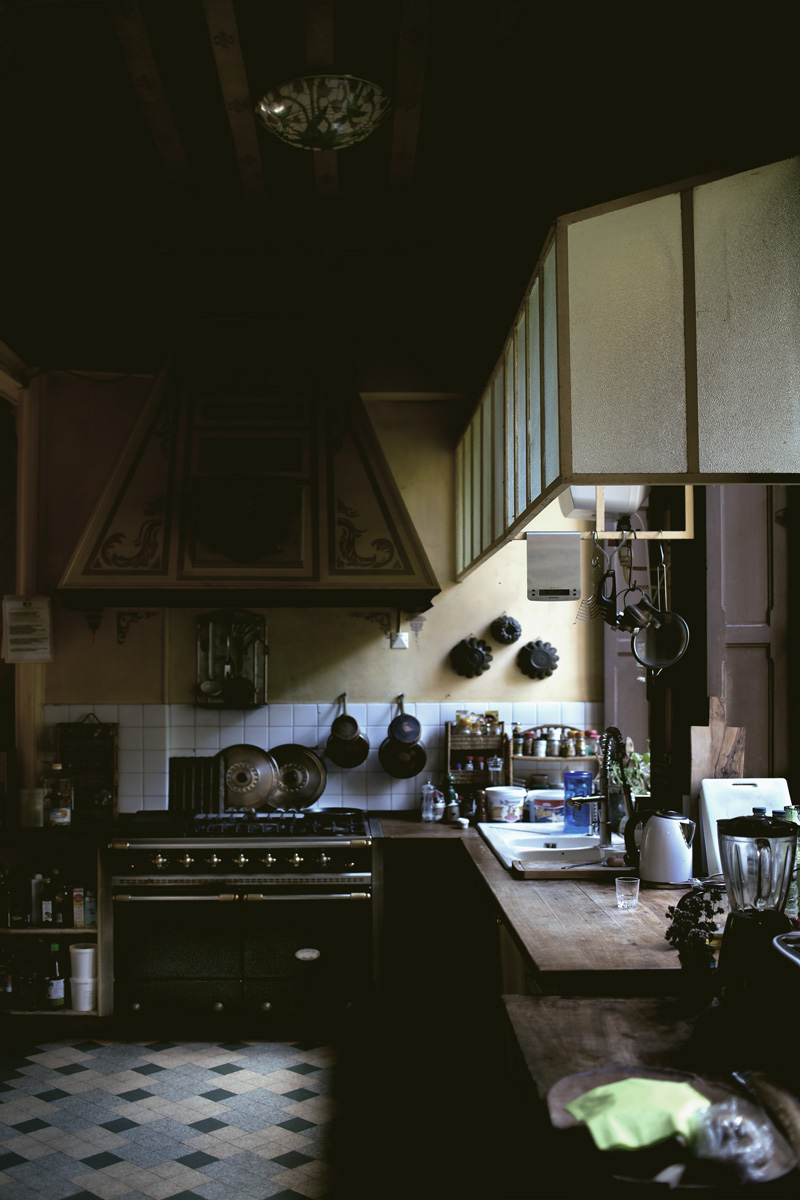 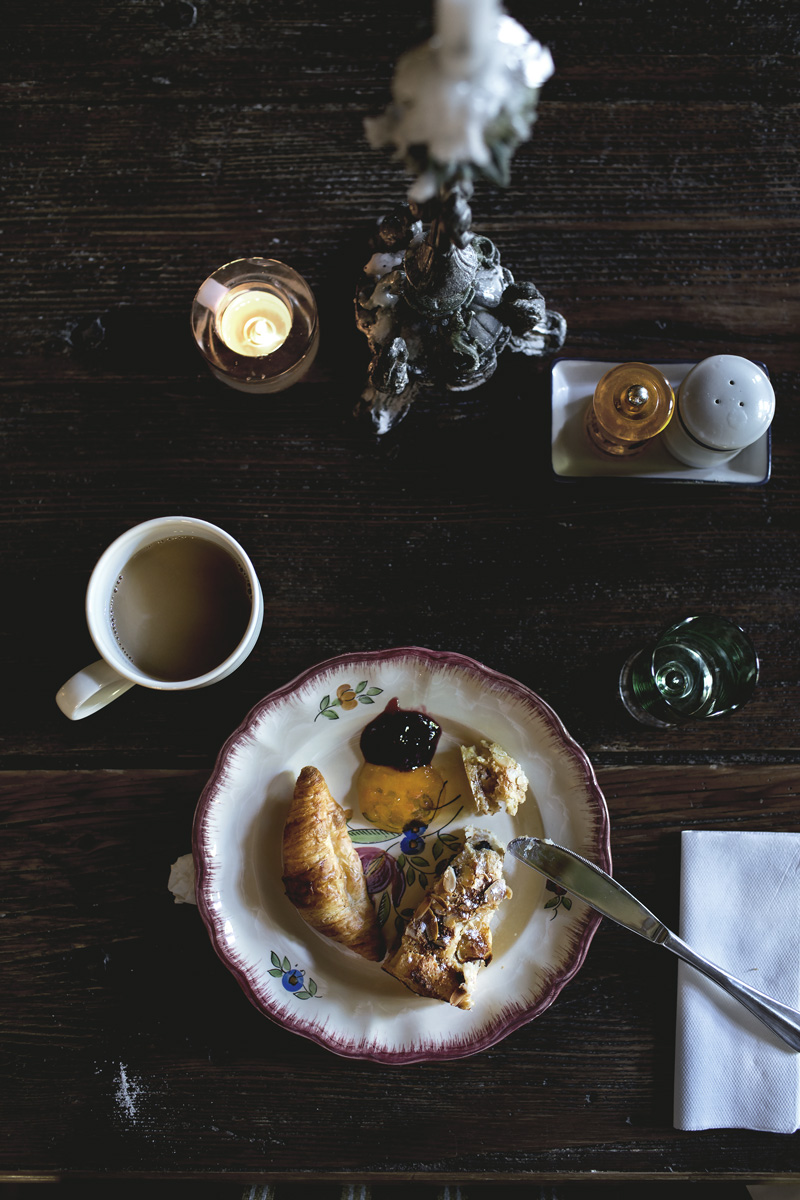 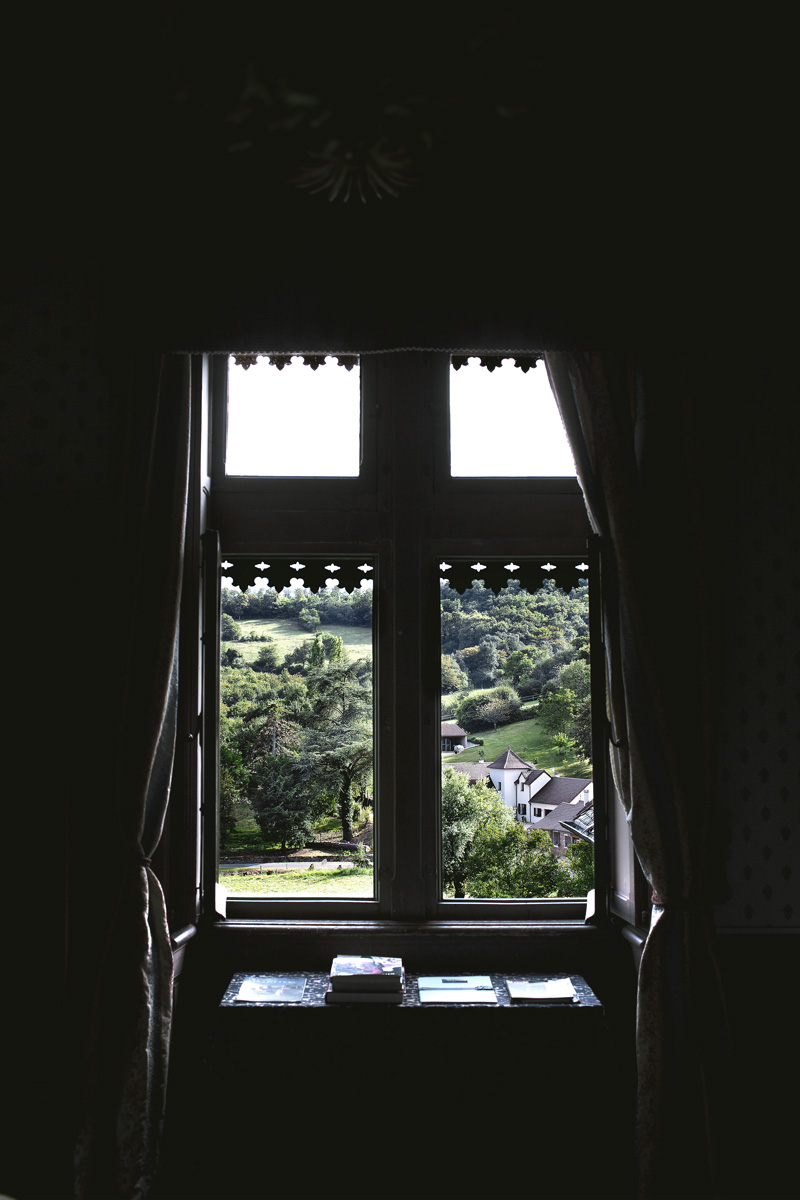 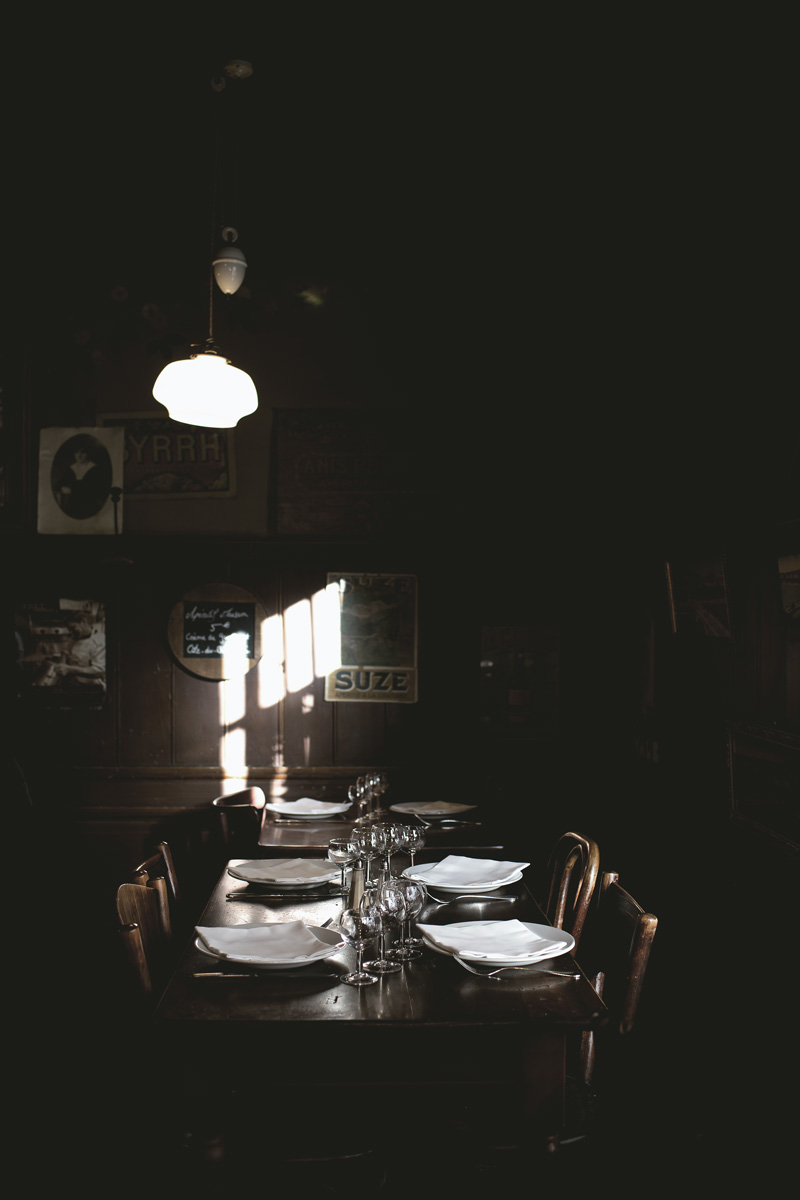 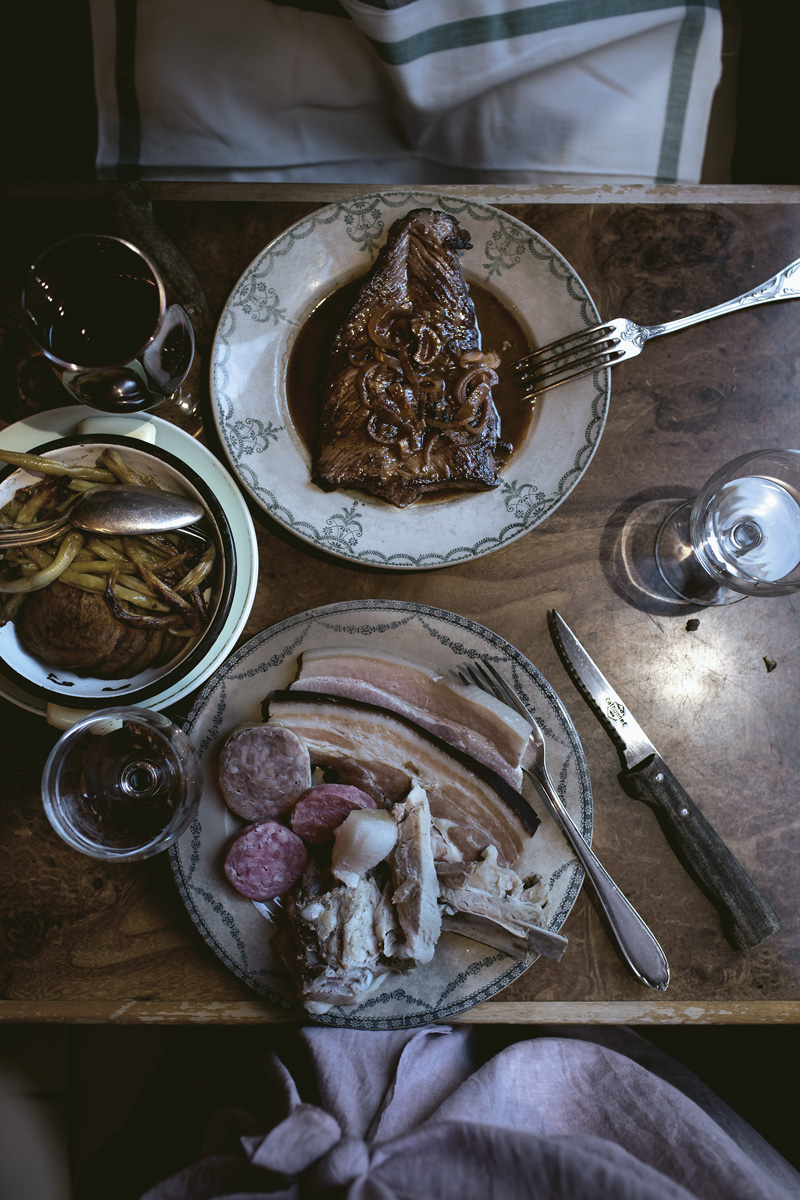 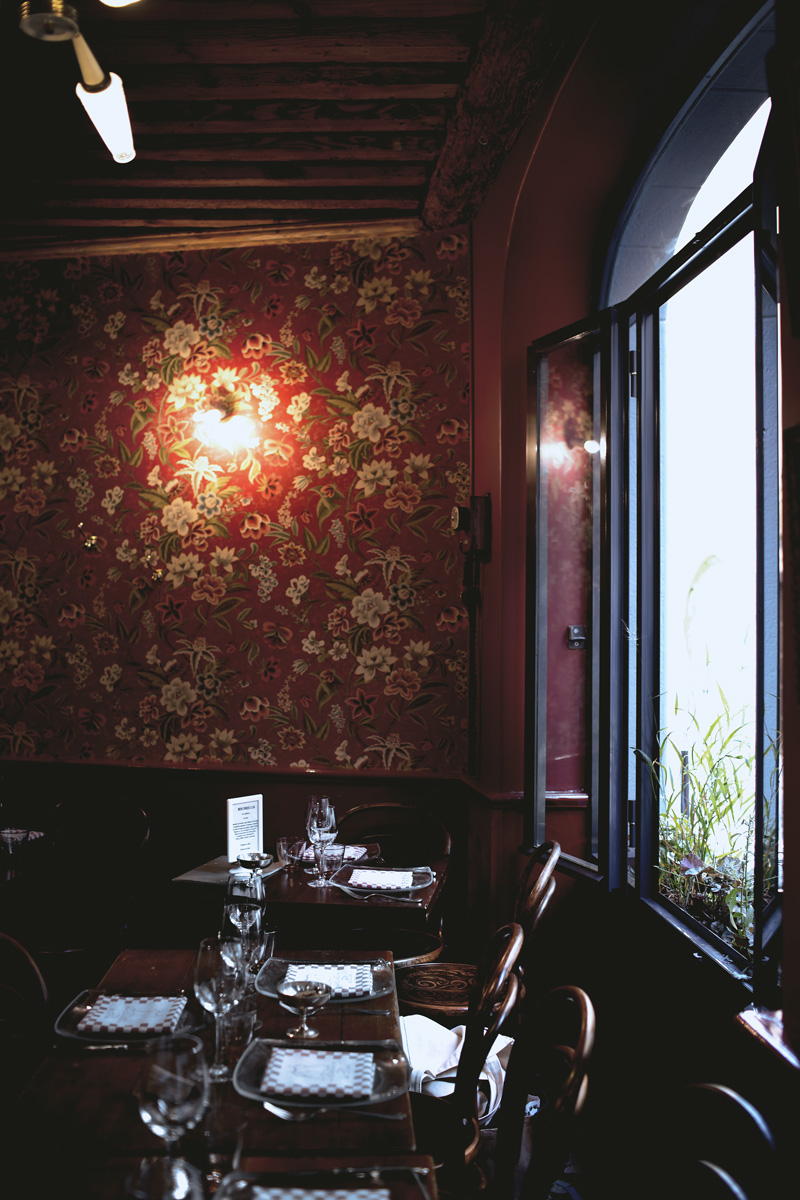 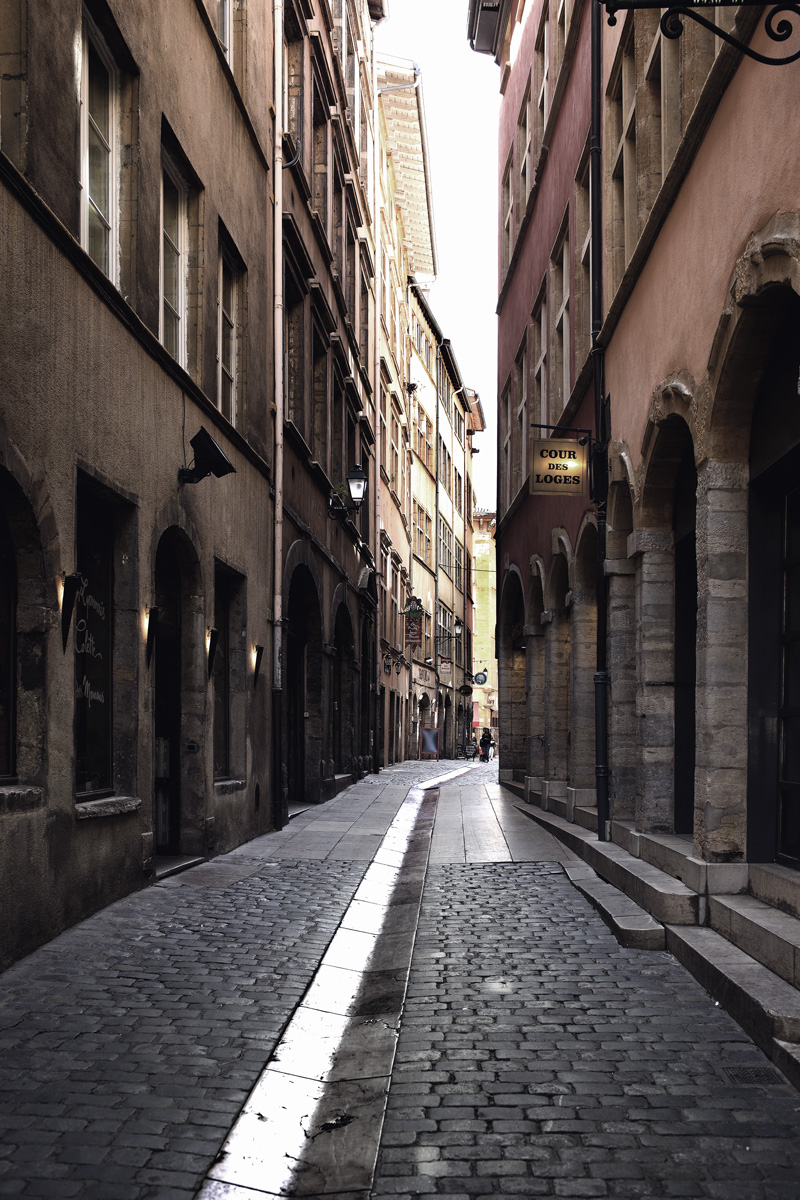 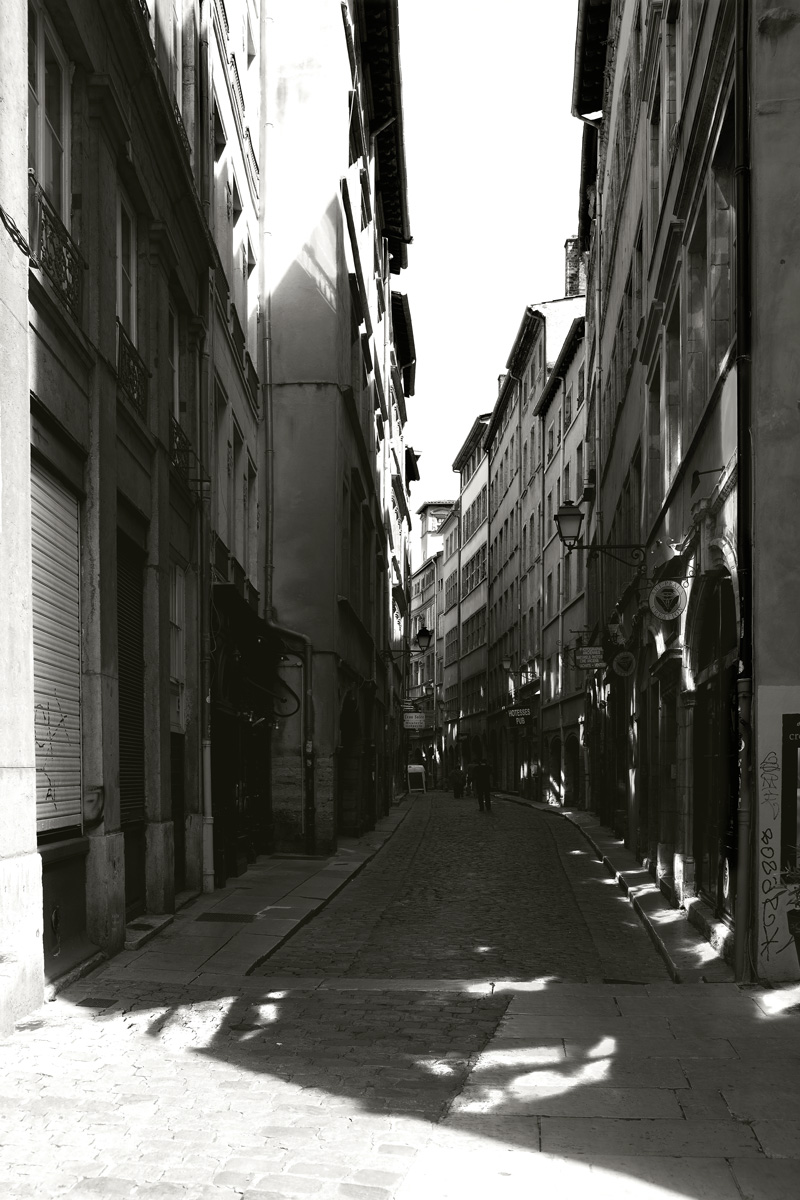 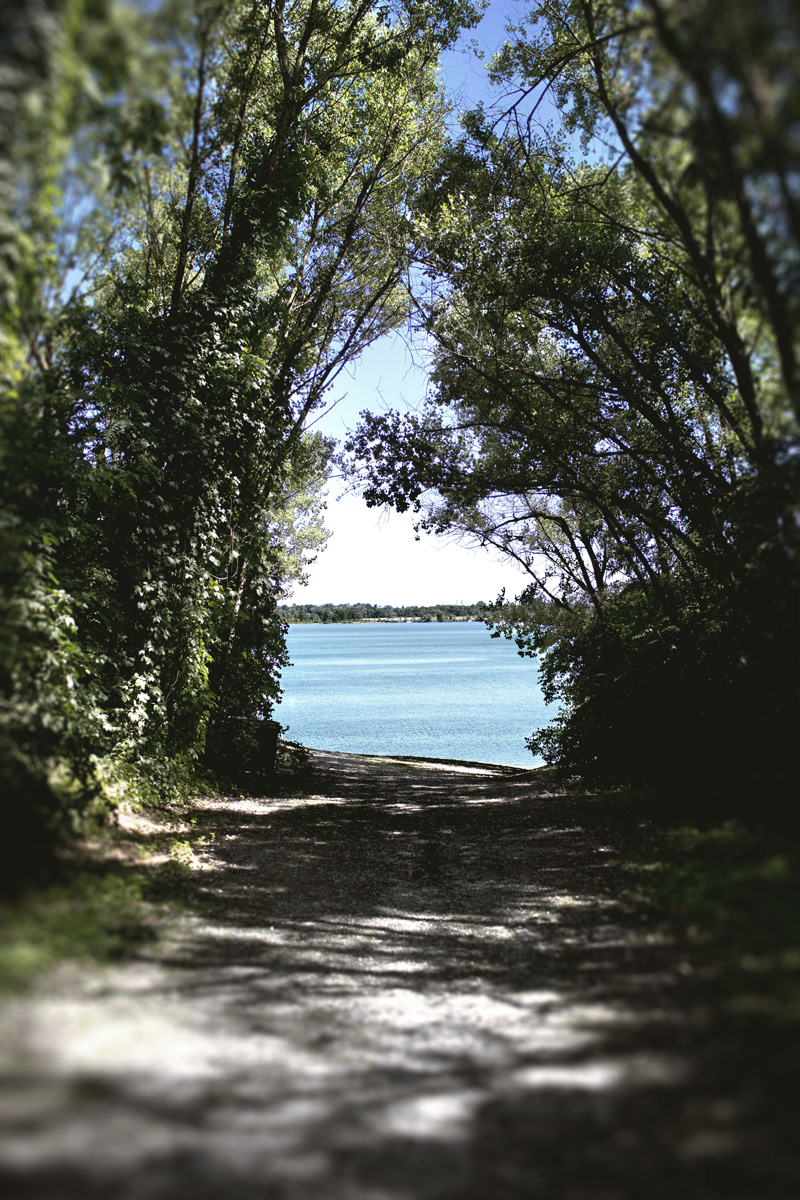 But of course I brilliantly planned only one short magical night at the chateau, and the next morning, we had to peel ourselves from the cool skins of Burgundy. Next, Lyon.

Maybe I didn’t get the memo or something, but as I mentioned before, apparently in August, every major cities in France were on vacation just as we were. Perhaps it’s time now to declare it as an reoccurring epiphany before I sound like a broken record when I start to talk about Marseille and, to a lesser extent, Cannes.

Just for the record, we didn’t really meet Lyon, okay, not really, or Marseille for that matter. They were both on vacation, sipping Mar Tai in Phuket or kicking foosball in Barcelona I don’t know. Maybe they were hanging out in a warrnambool cafe, who knows, all I know is that they weren’t here. So realizing that most shops, or most cities, was going to be unavailable as far as we could see, we changed tactic. We picnic.

We still hit a few highlights. Cafe Comptoir Abel, because the most unapologetic part of French cuisines – the heavily creamed mustard sauce that engulfs a tripe-filled anduillette proud in its girth, the petite lamb kidneys finished in a butter-laiden wine sauce, the pike souffle broiled under a blanket of white bachamel so rich it congealed the second it started to cool – thank god, is still here. And Le Bouchon Des Filles, because of its reasonably priced and delicately planned 5-course meal including boudin noir and apple baked in puff pastry, and lime sorbet with crumbled meringue.

But for the most parts, we picnic.

In Grand Park Miribel Jonage, just 30 minutes off of Lyon, big and small pocks of blue lagoons and a couple of peaceful swans, spent a lovely afternoon with us. At that point ,we could only hope that our next destination, a small village called Loumarin of the Luberon region in Provence, was going to be in a less holiday mood. 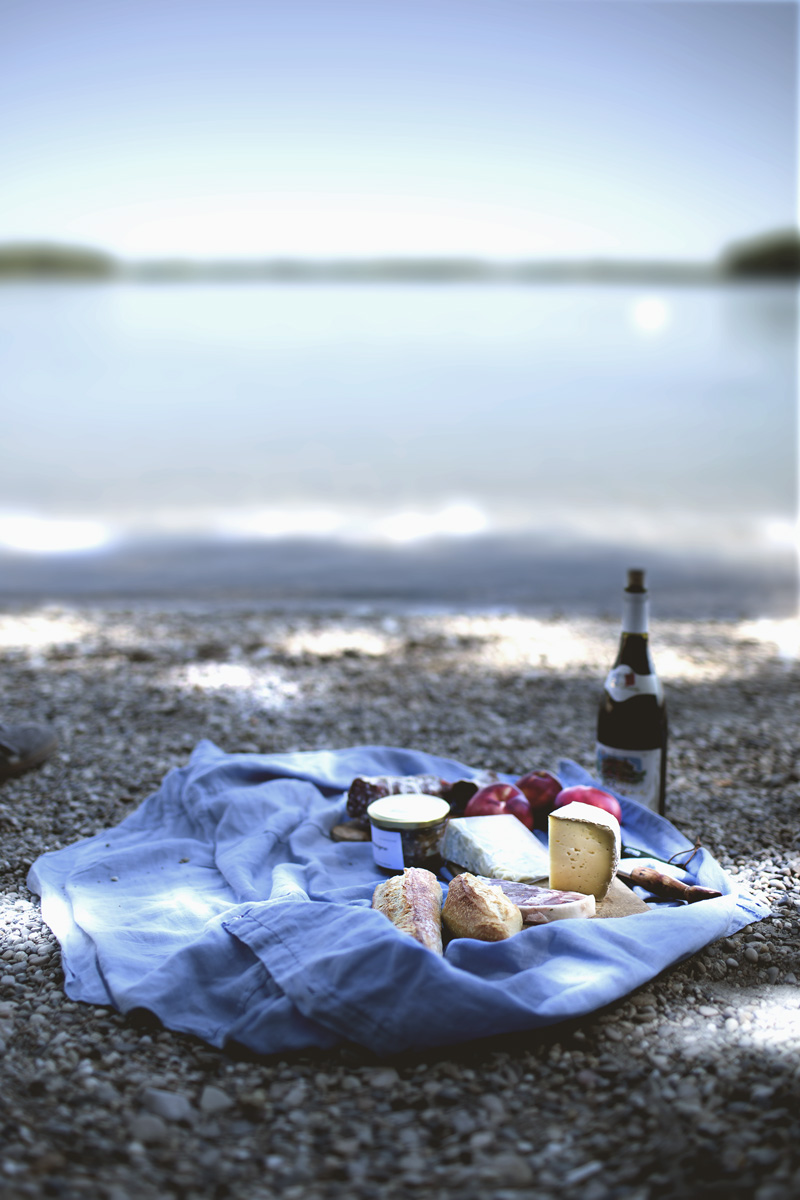 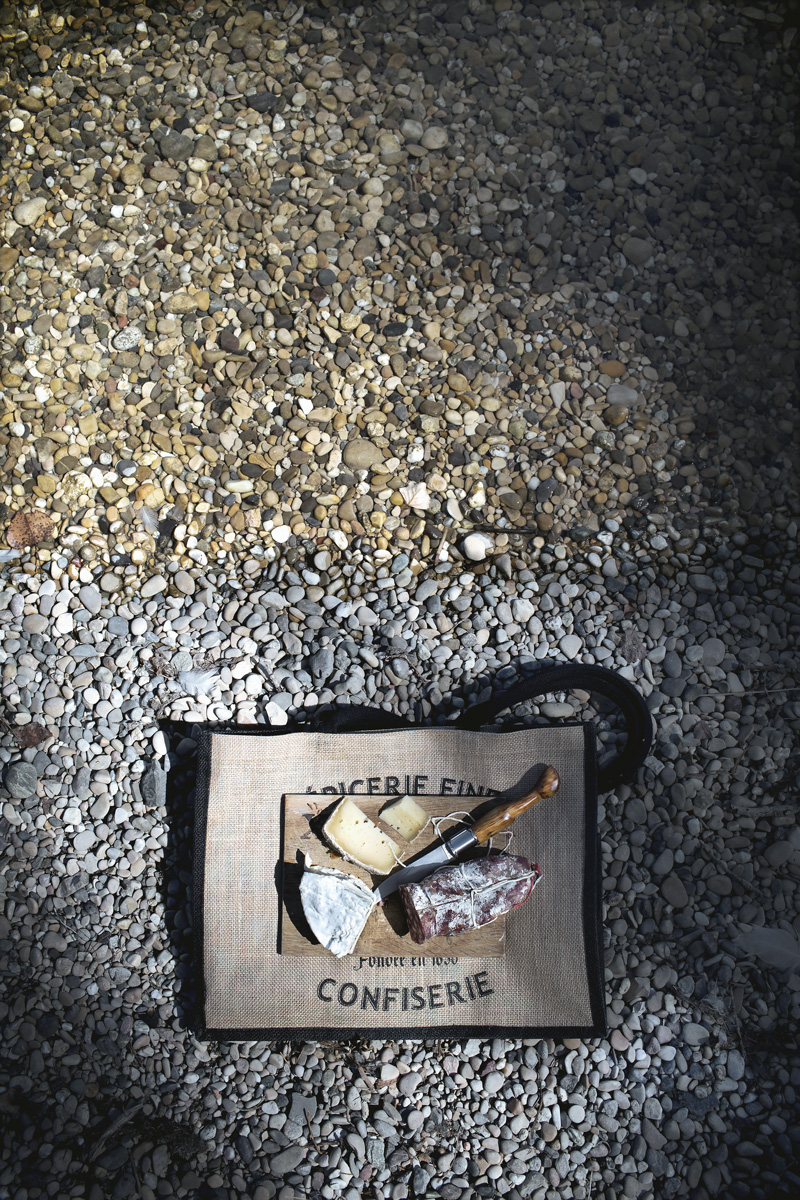 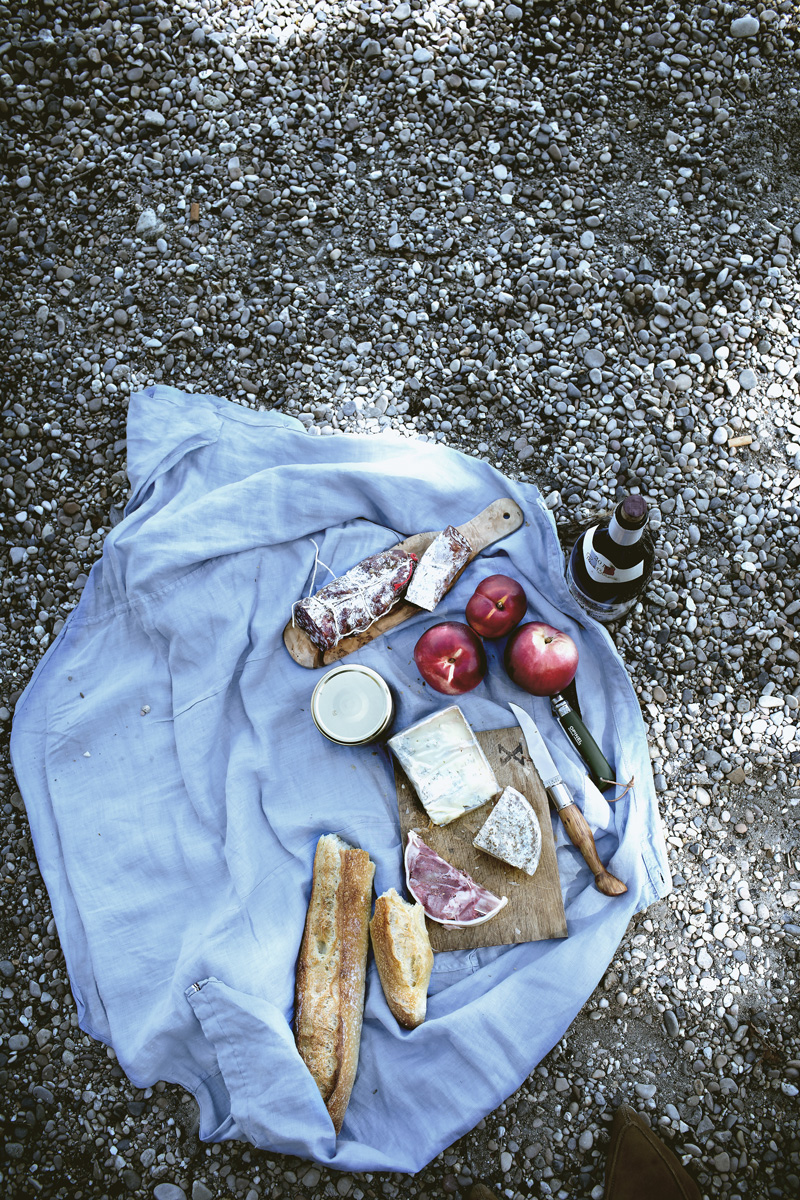 Lyonnaise sausage, a thick fresh pork sausage almost mandatory in every bouchon in Lyon, is usually served with lentil salad. But here, I’ve adapted it to go with warm beans flavored with clove and star anise in an emulsion of chicken stock, Dijon mustard and butter, then more browned butter with crispy sage. This type of sausage, which I thought would taste like bologna but actually resembles closer to ham, can be hard to find and substitute for. If you can find something similar, go for it, but if not, I would say that sweet Italian sausage, although not the same thing, would tastes great in this preparation as well. 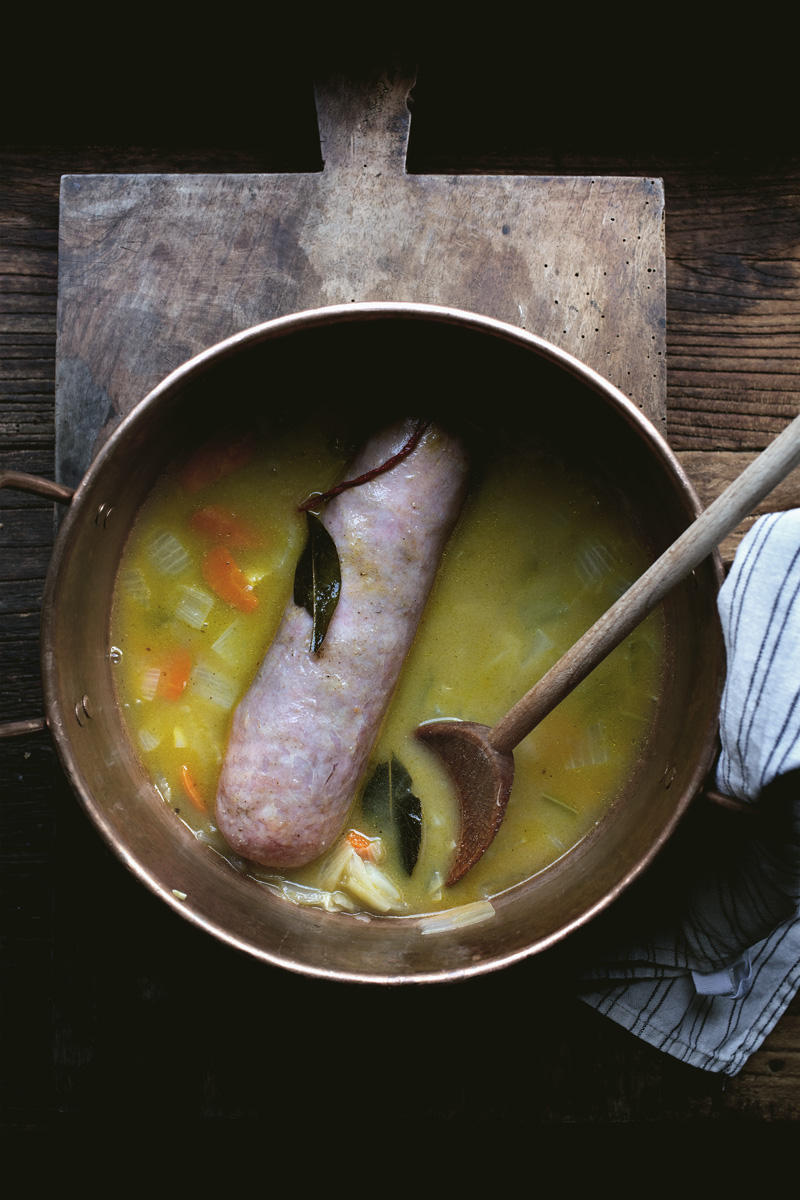 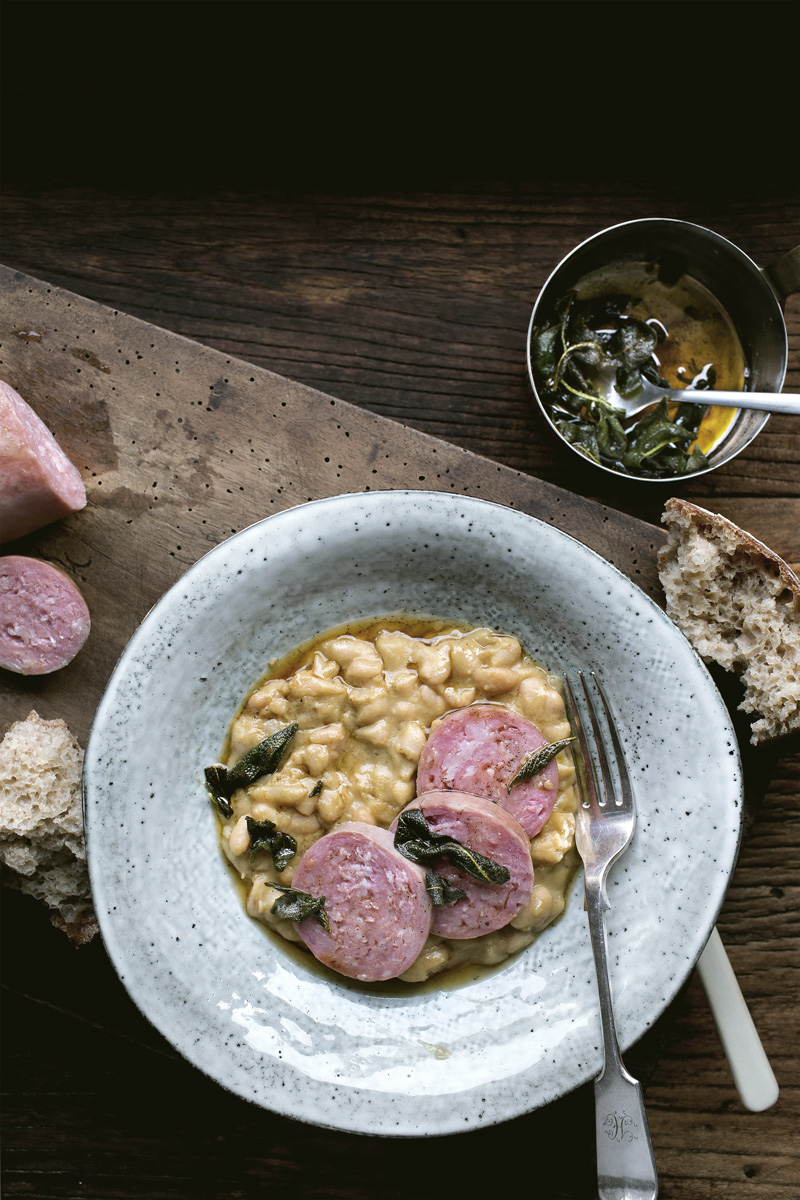 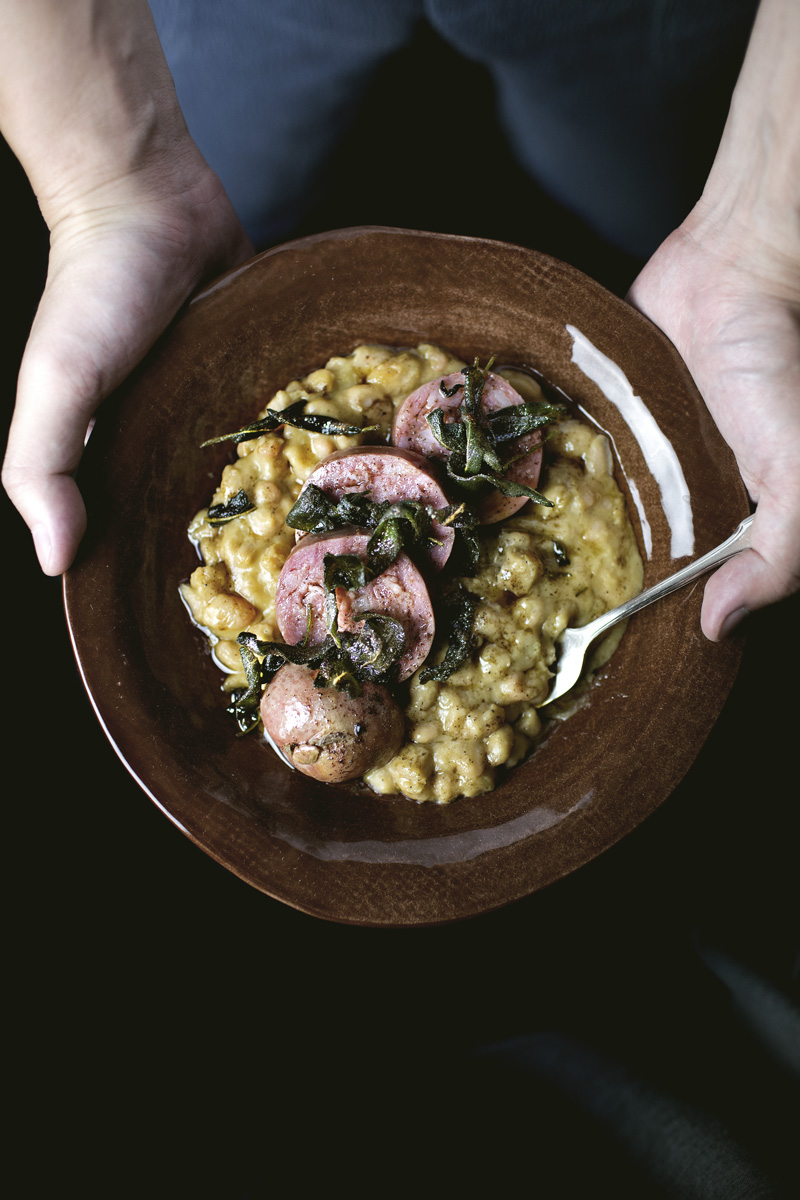