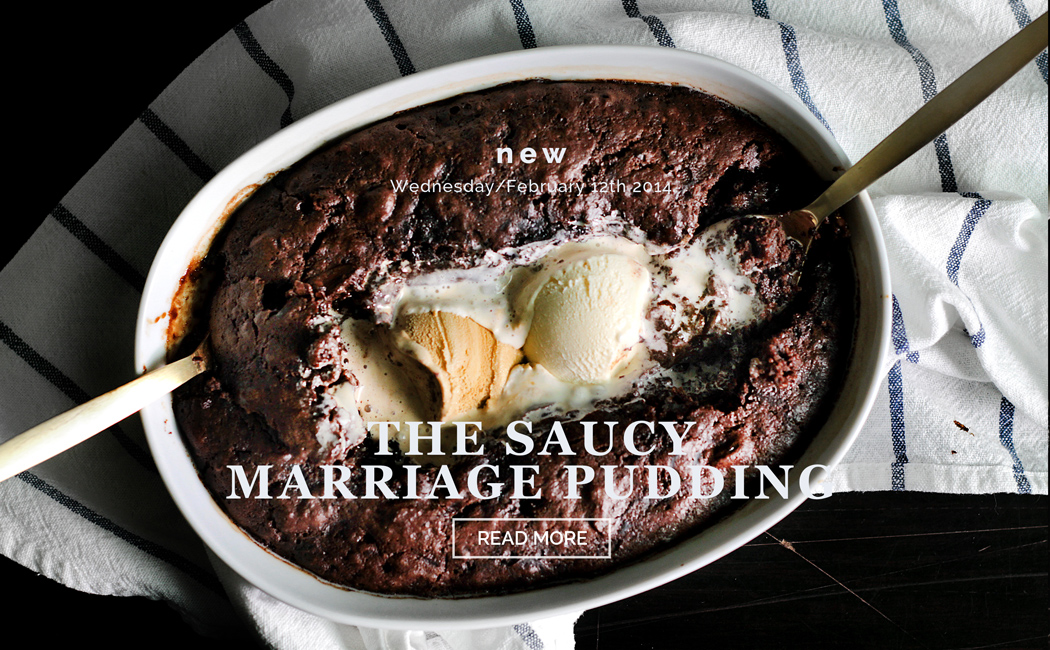 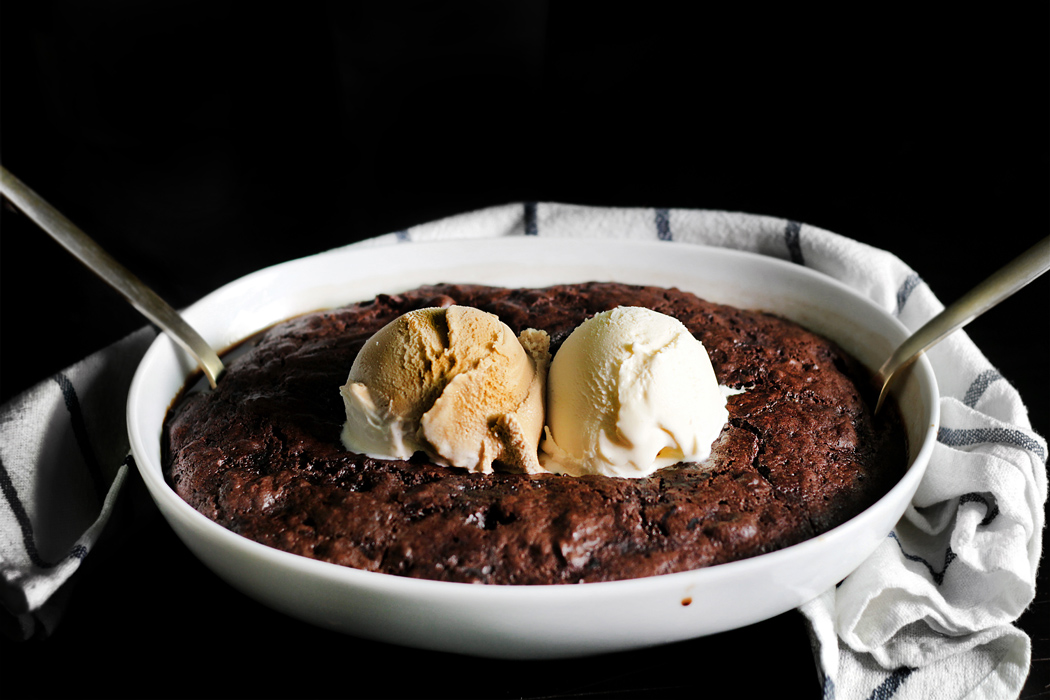 “VALENTINES, STEP ASIDE.
THIS IS PROFESSIONAL LOVE LIFE”

I was born a cynic.

I mean was that not obvious? Had I been able to remember I’d say with certainty that I came in this world, a genetically negative and unpleasant baby who cursed at the color pink if she could form words, who went on to earnestly suggest divorce with a LA divorce lawyer as an alternative lifestyle for her parents at age five. Perhaps the last ounce of my lacking fluffiness died with the moment when my best friend stuffed Raccoon was brutally trashed in a random afternoon while I was away citing ABC’s at pre-school, the last straw in leaving a cold, hardened human being walking this lonely planet believing that all loves are, ultimately, just temporary. So yes, I was born with, and still have now, a good faith in cynicism.

But somehow at the age of 27, I married my very first boyfriend. How did that happen? 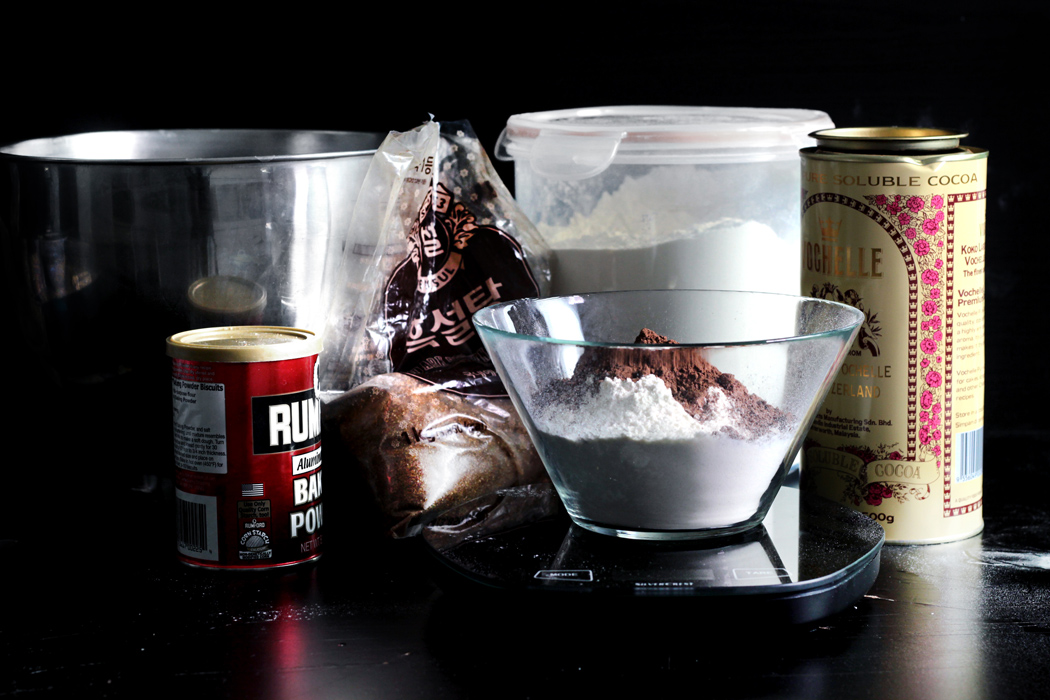 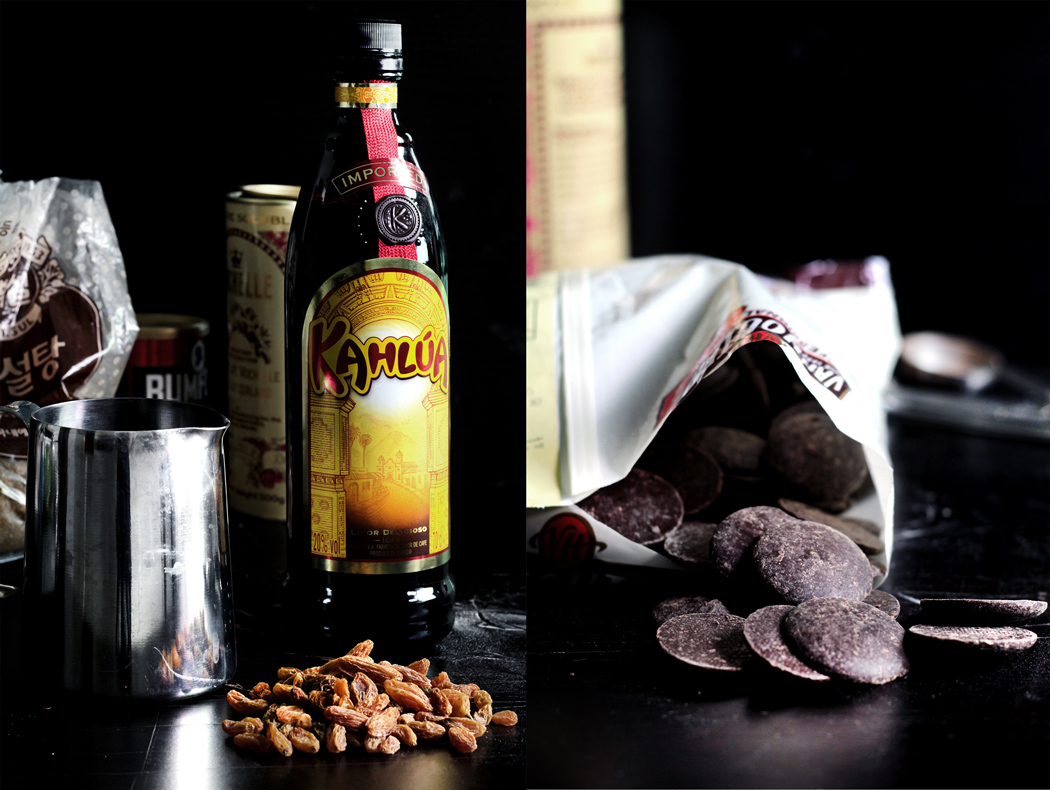 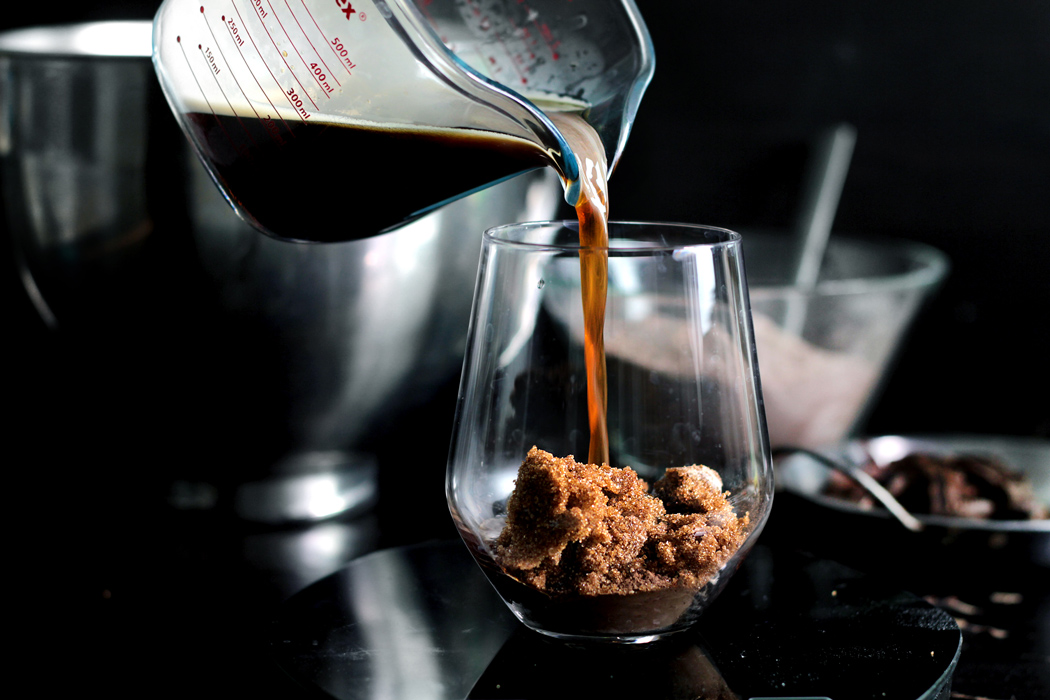 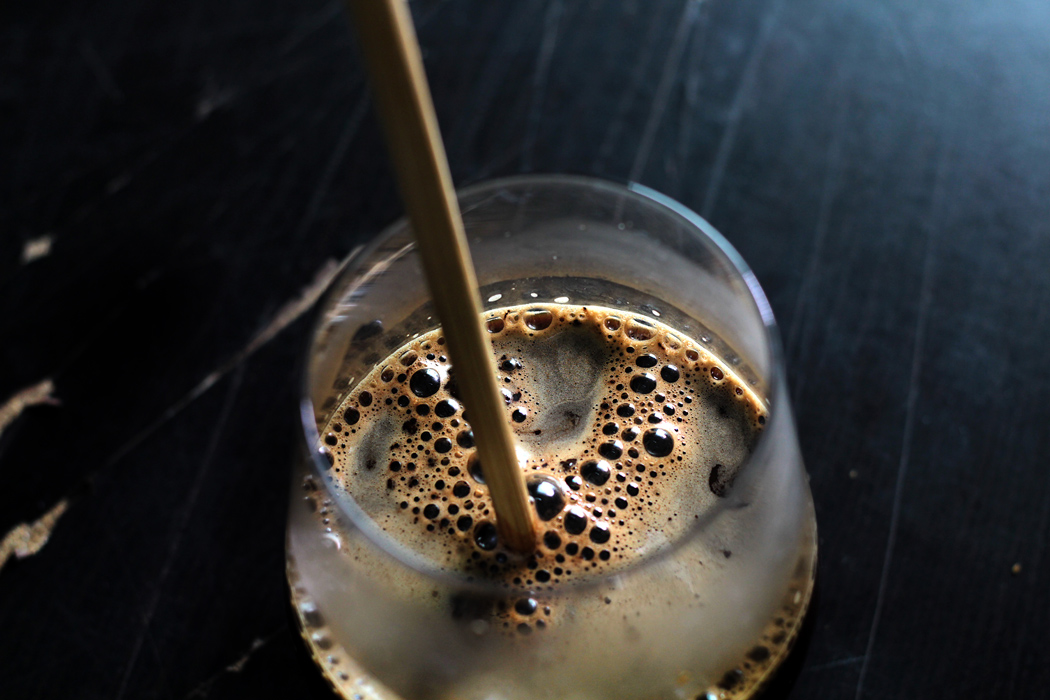 Don’t ask me, because after 5 1/2 years of dating and another 6 years in marriage, I’ve still got absolutely no clue. I mean that’s not what a respectable cynic would do, is it?

Well first, let’s not misunderstand being cynical with being depressed. Cynicism, is clarity, not a depressant, and thus I have been for the most part of my life, as happy as a functioning cynical clam. And for the most part, I’ve complied with the rules of engagement. Ask all my friends, and they would told you that I’m the last person you want to speak with if you ever have thought of suicide, or the last person to discuss any hope-related matters. Optimists need to stop proving me right. Then most definitely, the last likely person among her peers to get married. Yet, not only I was the first one to, with the first contestant she encountered, but after more than a decade together, found herself trapped in a happy marriage with no end in sight. 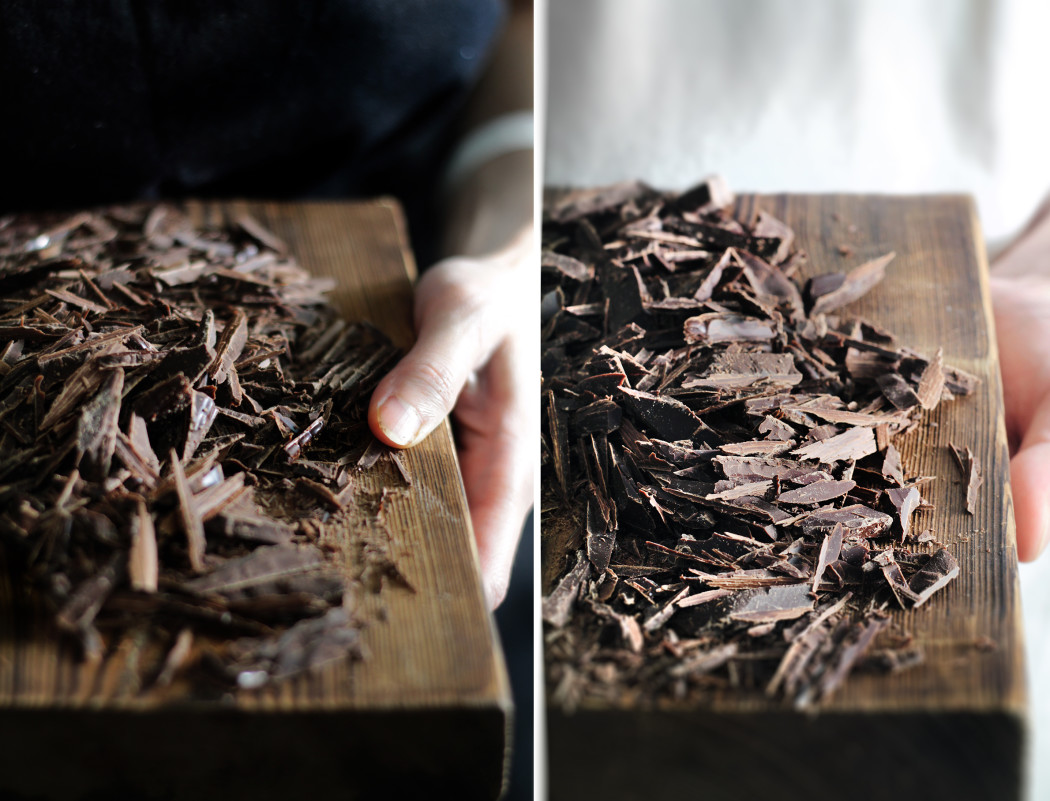 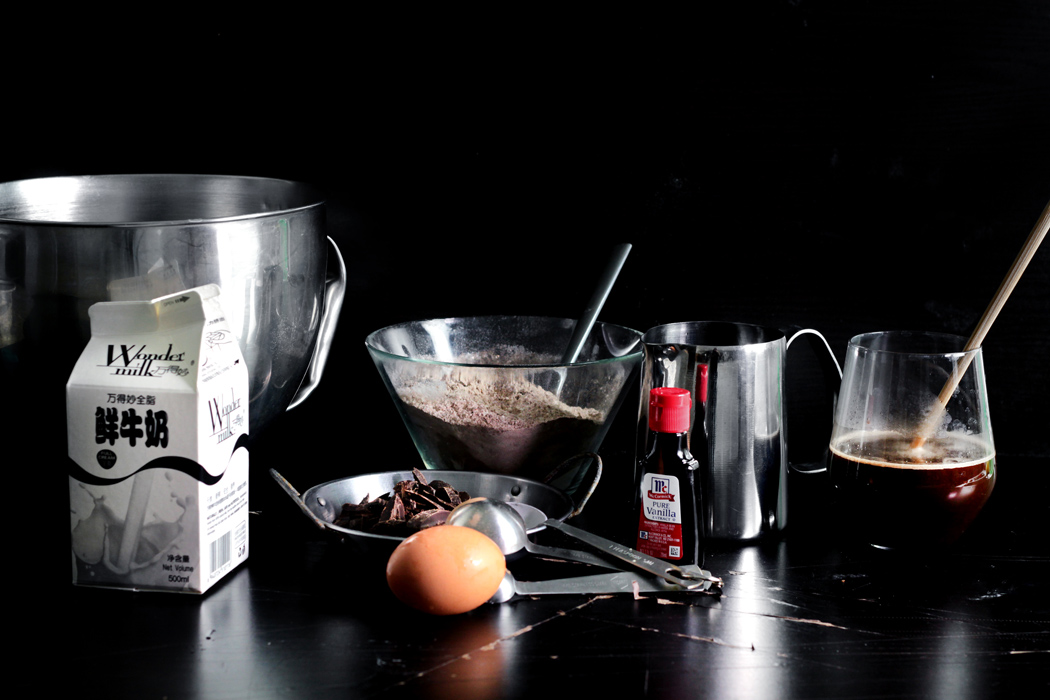 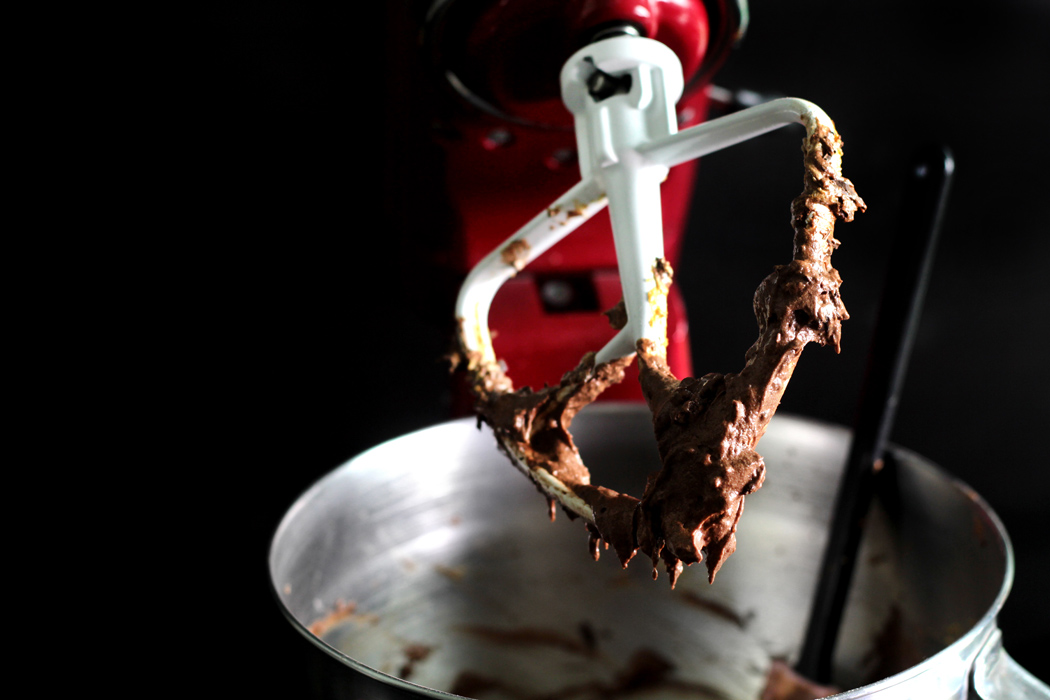 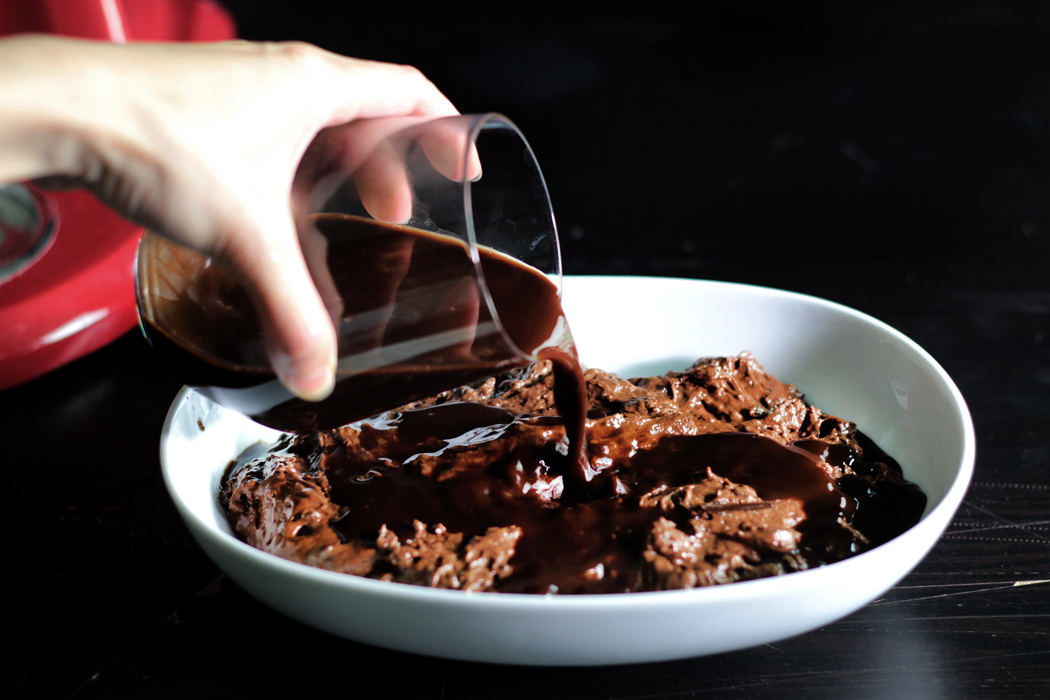 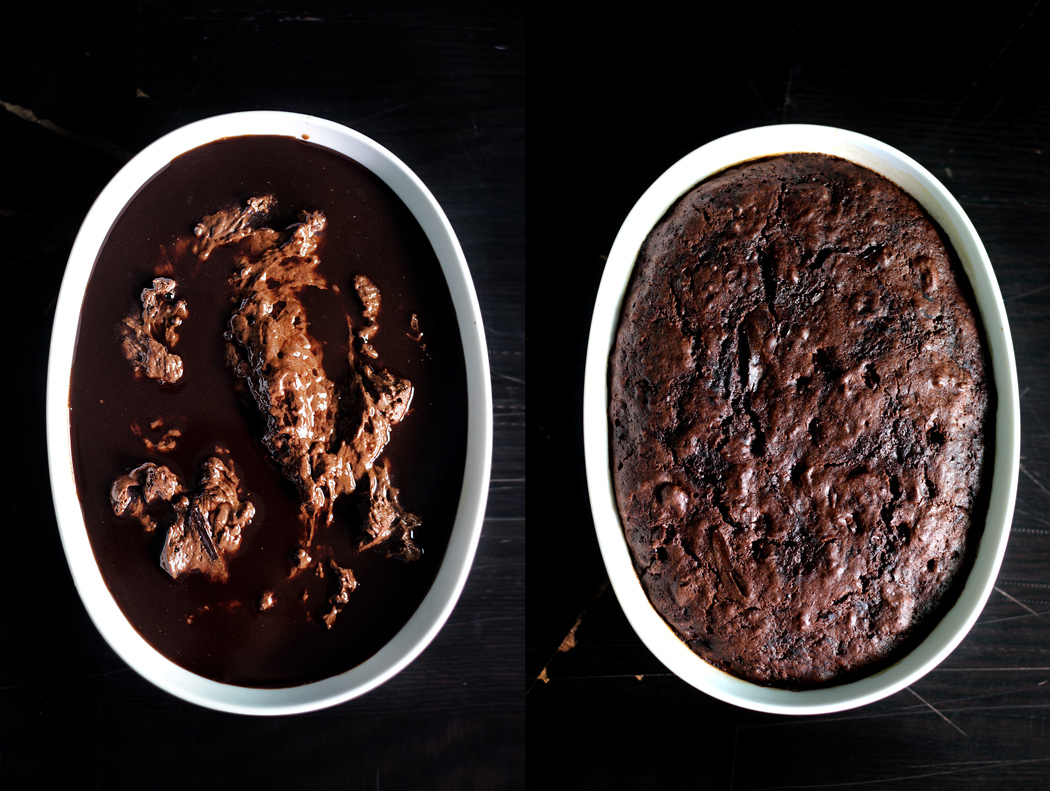 So as a self-contradicting cynic, I’m not here to offer love advice around this very disgusting time of year. Although, I have found myself giving plenty to my single friends recently. I don’t know if it was any good, but they swept it up in a heartbeat. I was, however, unable to help my friend who wanted to date someone who loved being in the nude just as much as her, but she was able to find something like this Nudist Dating chatroom that could help her to find the love of her life. Of course, different people are looking for different things when they join dating sites, so it’s important that people keep this in mind. Some people might be looking for a long-term relationship, whilst others might want to fuck for free tonight. It’s important to make sure you both have the same intentions before meeting. It’s also important that people stay safe on these dating sites, so make sure to always be cautious. If you are regularly meeting different people, you need to be careful for a variety of reasons. Make sure you actually know who you are meeting and always meet them in a public place the first time. Also, if these meetings often become sexual, make sure to wear protection. If you use any sex toys like anal beads, it is important that you are making sure it is safe for next use by cleaning it after every use. That’s about as far as I go when it comes to love advice.

Anyway, hopefully my friend will be able to meet someone. Then, she’ll be able to enjoy Valentine’s Day like the rest of us. Well, like the majority of us do. Yeah, I’ve never found Valentine’s Day a big deal, a corny advertising stunt at best. I think real companionship makes a mockery out of cuteness, all the heart-shaped stuff flourishing around Valentine’s Day which are only good for stealing money out of of amateur’s pockets. All the single ladies, step aside. Marriage, is professional love life. But married couples need desserts, too.

When I saw this “saucy pudding”-recipe published, I thought perfect. A hot chocolate cake/pudding that sauces itself with the obscene amount of liquid poured over before baking plus the melting ice-cream that goes atop afterwards… There’s no way to divide what it’s worth, or keeping it perfect. It’s meant to stay in one bowl in a messy, non-elegant, but “together” and intimate way that I’m familiar with for the past decade, and it even comes with a “compromise” in metaphor. I like the idea not because I find no point in slicing cakes when two already share a joint bank-account, nor because of the benefit of a dessert that bakes and eats in one bowl, but because it feels even tastier and happier sharing desserts this way.

If that’s how you feel with whoever you’re sharing it with in mind, then maybe, just maybe, that you have also found the person who will contradict your inner cynicism, too. 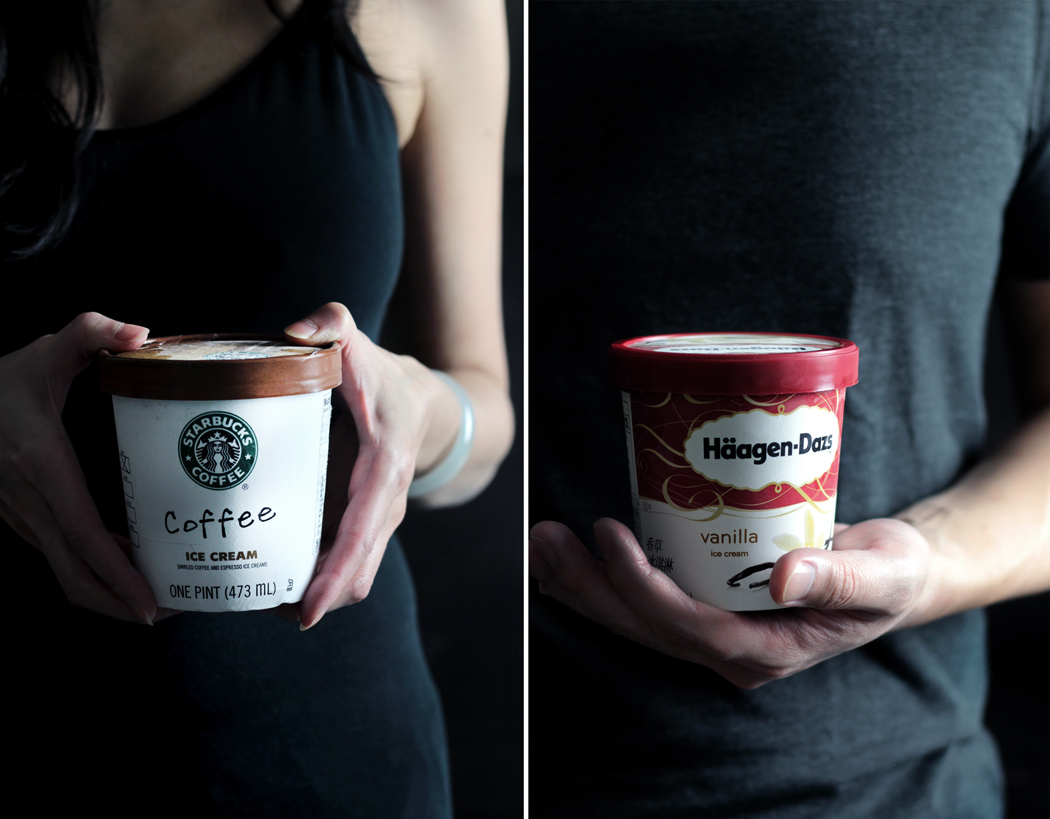 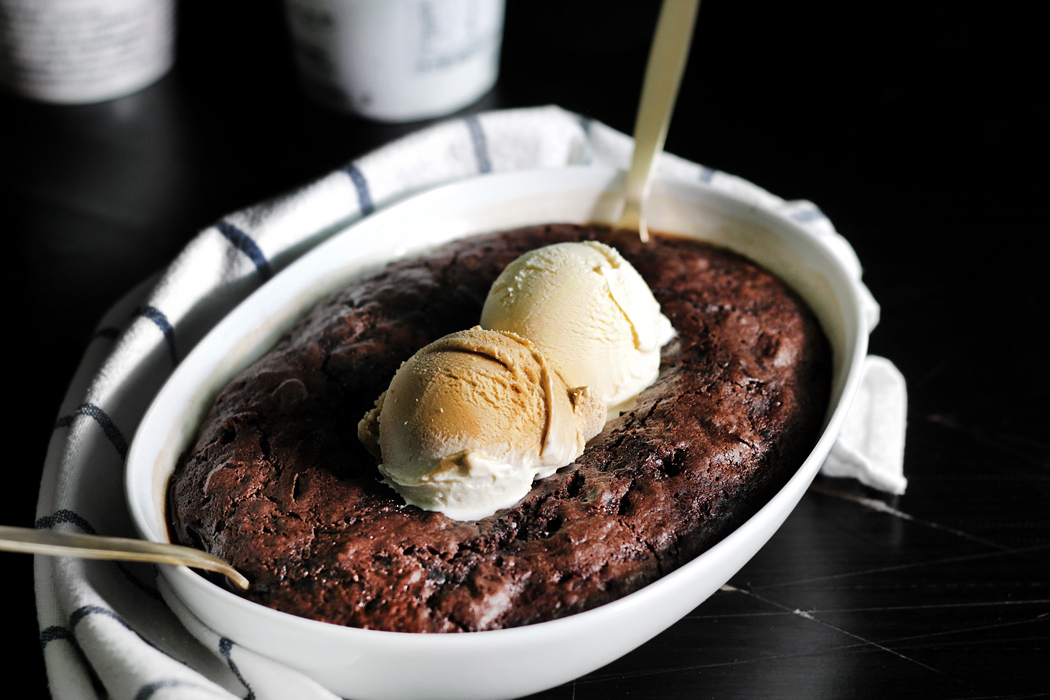 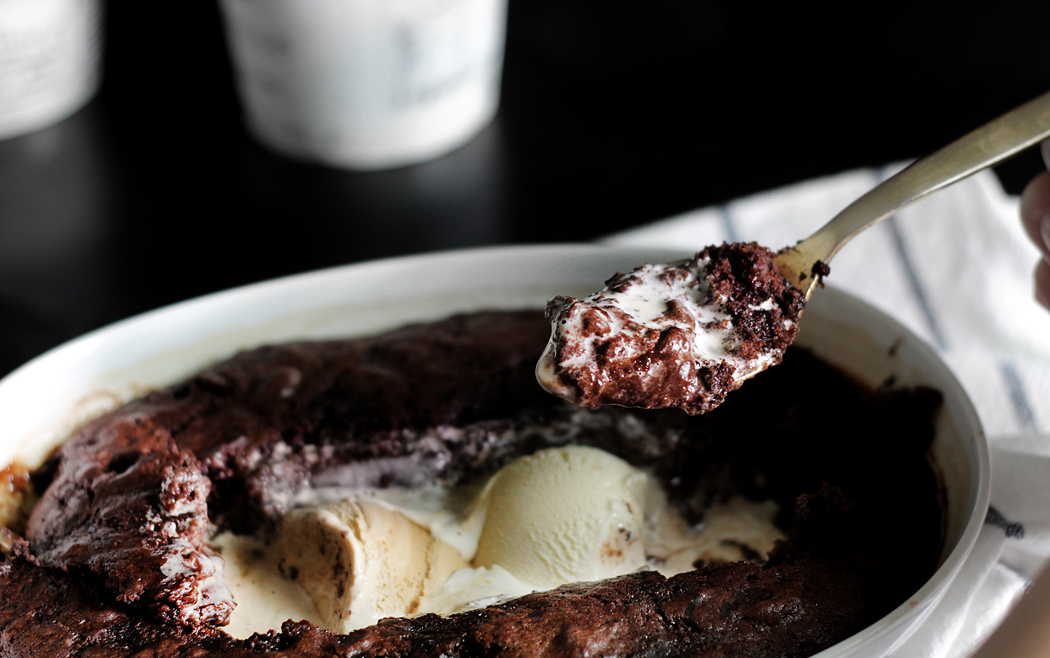 The original recipe says to pour hot sweetened water over the batter before baking, which honestly made my nerves gasp. Water? That tasteless stuff that comes out of my tap? Nope. So I used brewed coffee instead, and I also swapped the “muscat and muscat wine” from the original recipe with golden raisins and Kahlua since we’re on the coffee-theme. This recipe, even halved already, turned out to be more than enough for 2 people. I’d say it will generously feed 4 people (or, 2 people twice :P). So you can divide the batter in two ramekins/bowls, and the extra one will be excellent the next day after a little warm-up in the microwave.

Combine golden raisins and Kahlua liquor in a small pot and bring to a simmer. Turn off the heat and let it sit for at least 10 minutes, until the raisons have plumped up and cooled down completely. Mix hot brewed coffee, 1/4 cup of brown sugar and 1 tbsp of cocoa powder together until the sugar has melted, and set aside to cool slightly.

Meanwhile, beat unsalted butter and brown sugar together in a stand-mixer or with hand-held mixer on medium-high speed, until creamy and fluffy, approx 5 min. Add the egg and vanilla extract, and beat again until velvety and thick, approx 3 min. Scrape the bottom of the bowl to ensure even mixing. Then whisk together flour, cocoa powder, baking powder and salt in another bowl. Add the flour-mixture, along with the Kahlua and raisins into the mixer, and mix on low for a few time to roughly incorporate into the butter (scrape the bottom of the bowl again). Then add the milk and mix on low speed again until evenly mixed. Finally, add the finely chopped dark chocolates and mix/pulse a few times until evenly incorporated.

Lightly butter 2 ramekins/serving bowls. Divide the batter into the ramekins, and divide/pour the coffee-mixture over the top. It will look suspiciously flooded but worry not. Bake in the oven until puffed up, and a wooden skewer comes out clean around the edges of the pudding, but still slightly wet from the center, approx 25 ~ 30 min (this is for baking inside a large bowl. small ramekins may take under 20 min).

Serve with your, and your spouse’s favourite ice creams. 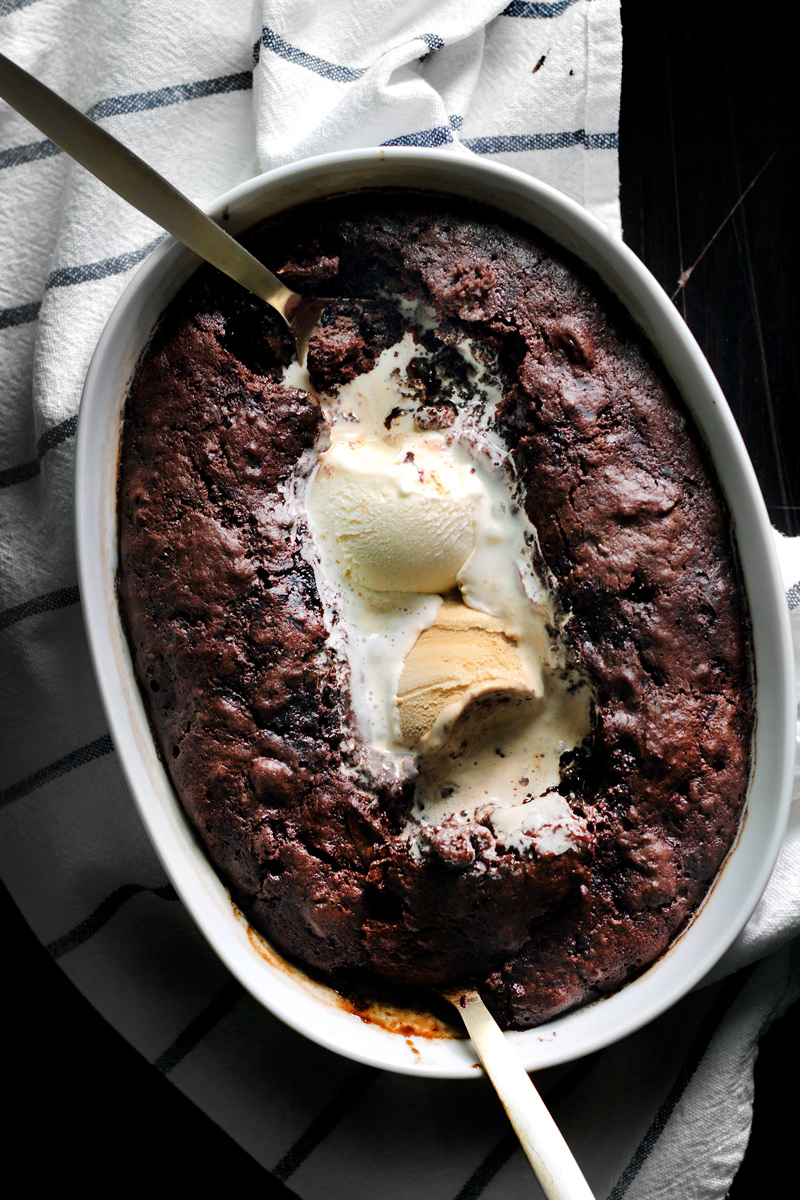