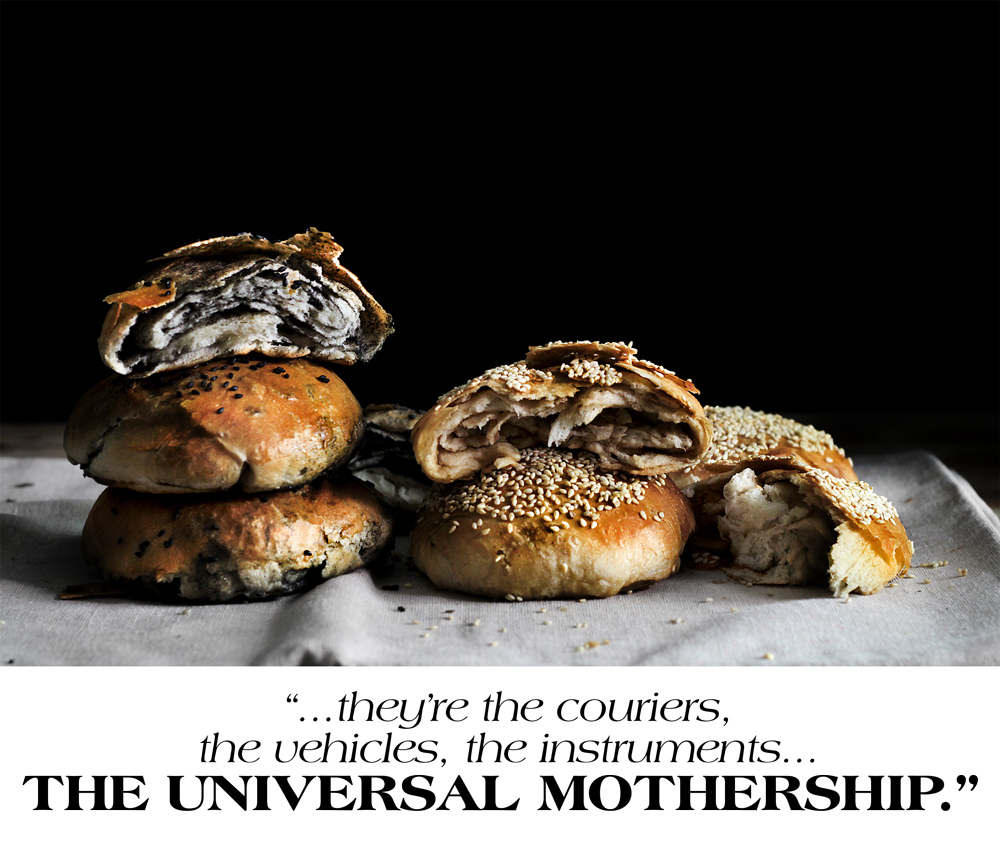 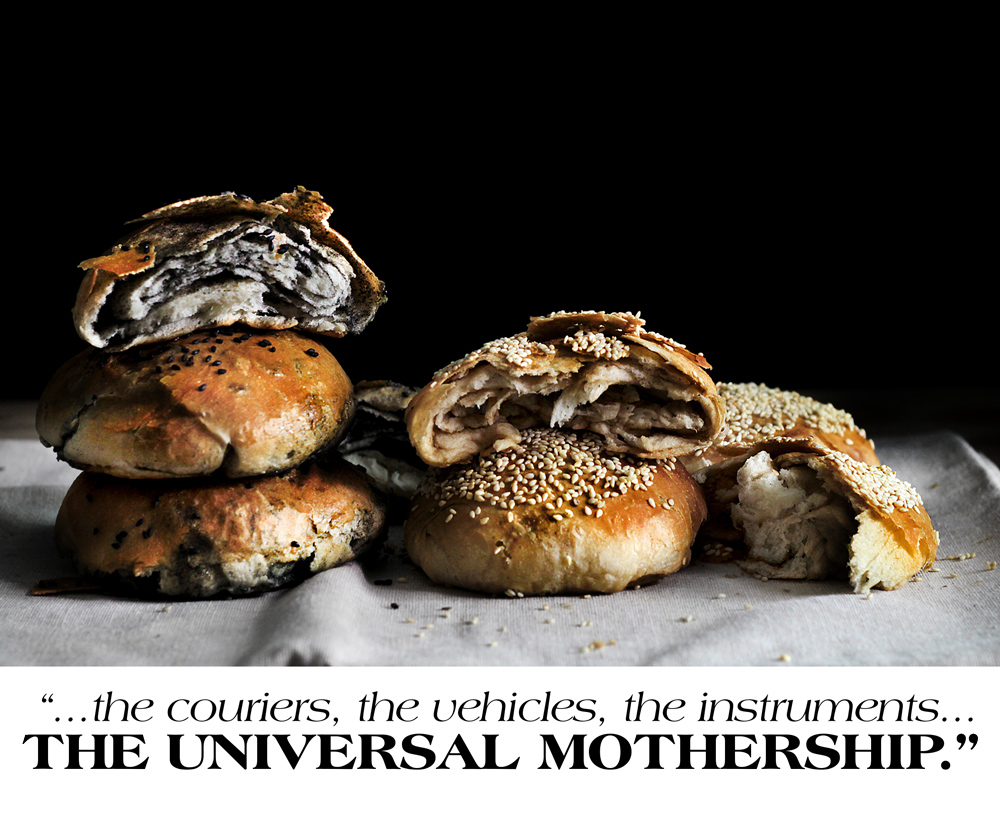 There’s a Chinese saying that goes “A loser in love, a winner in casinos.” It simply means that the good fortune you lack in one aspect in life will be compensated in others.

Well… it’s total bullshit. Just like all Chinese superstitions are.

But having said that, it would leave my current streak of grand slams over an age-old kitchen nemesis – at a time when my every other single happiness in life seems to be throwing themselves under a train – completely unexplained. I mean, lay… layers? Is that you? Have you come back to see me? A predicted failure in my first attempt to replicate an iconic staple in northern China, came not as anticipated but instead, a smashing, success.

Ladies and gents, may I introduce you, the explosively layered… bing. 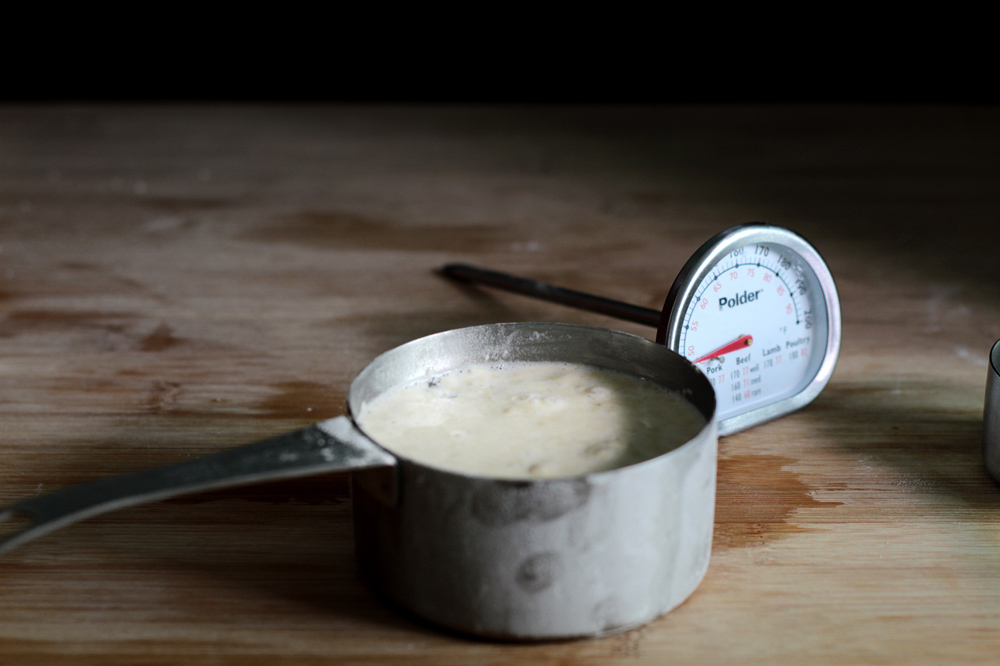 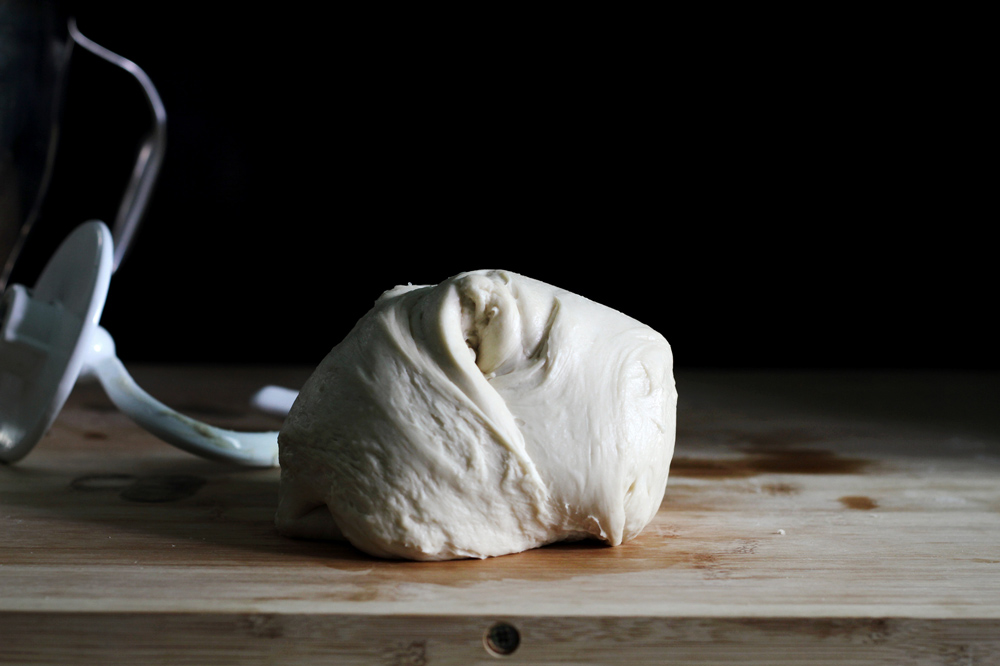 Bing is somewhat of an it-thing here. It’s generous definition stretches over any disk-like dough-form with or without filling that walks this country. They can be 3″-wide babies or 24″-monsters. Don’t matter. They’re all bing. Yes, that multi-layer scallion thing, is a bing, too. And like all other significant culinary figures with this magnitude (think pasta), need to come in all forms and sizes to efficiently delegate its overwhelming social responsibilities.

Therefore to be technically accurate, shao-bing is the subject of discussion today. The shao is particularly important in identifying these bad boys as “baked round bread”, limiting the cooking-method to dry-heat, oven-like environment with high temperature. What it is to Northern China, is like the rice to the South, the pita to the Middle East, the baguette to France, the naan to India. You feel me? It’s the mopper for anything too good to be left even in just drops. It’s the courier, the vehicle, the instruments… the universal mothership that grabs, soaks and delivers everything delicious. 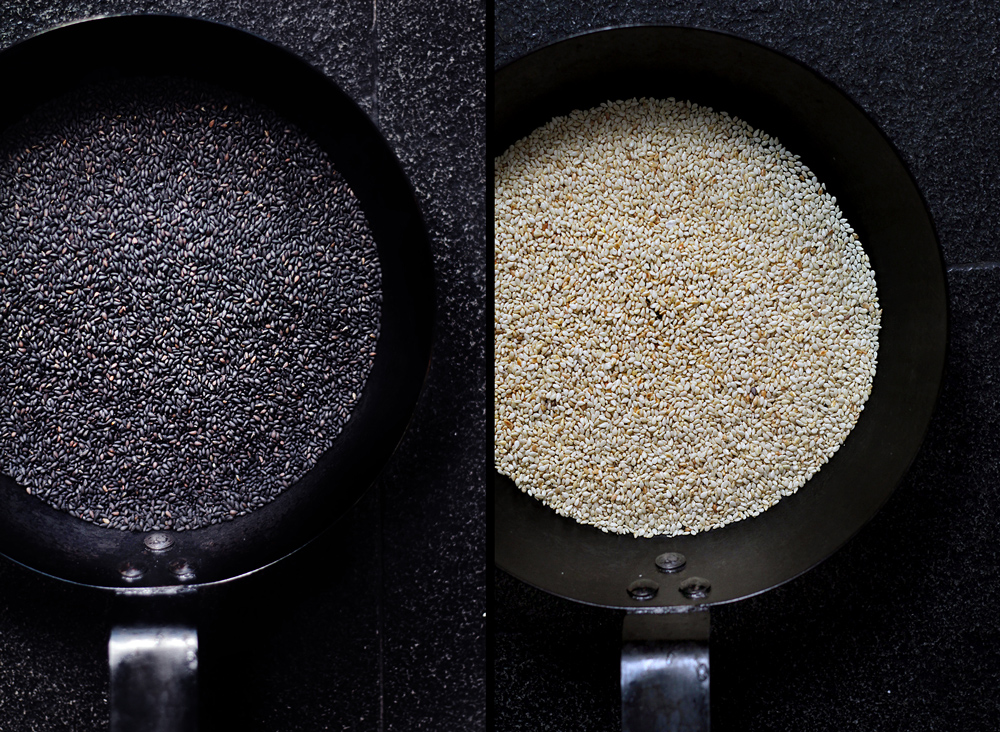 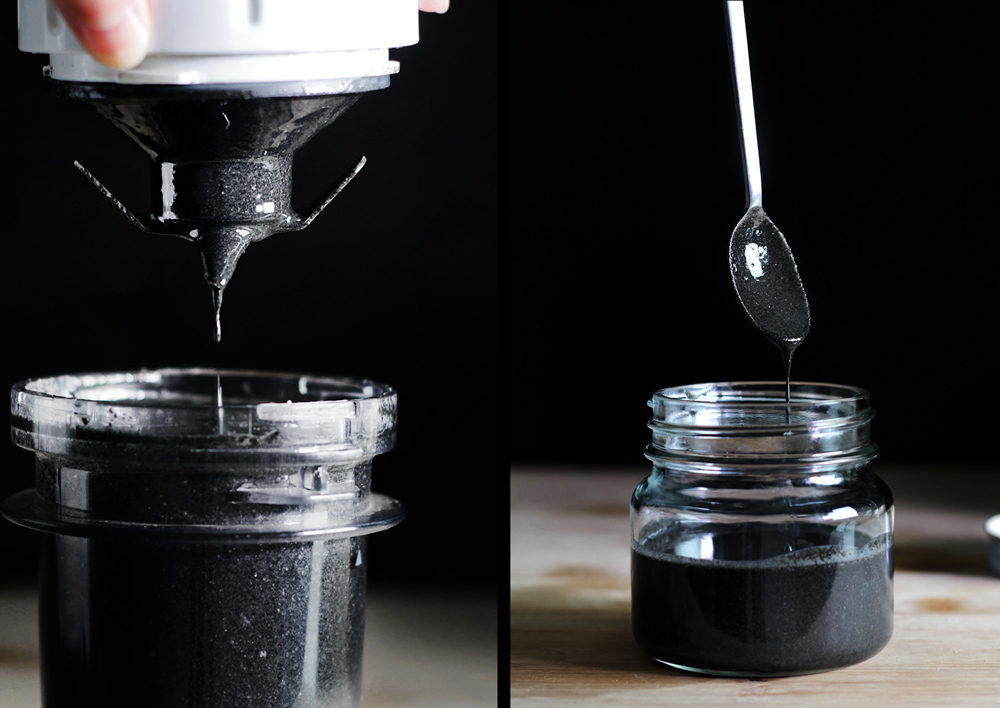 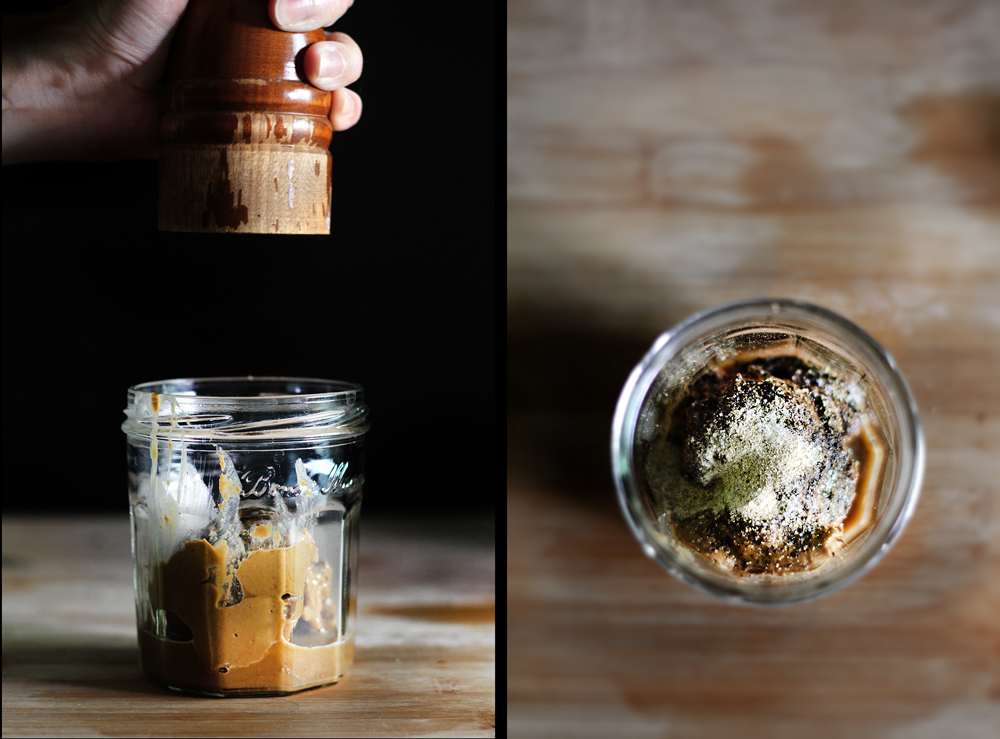 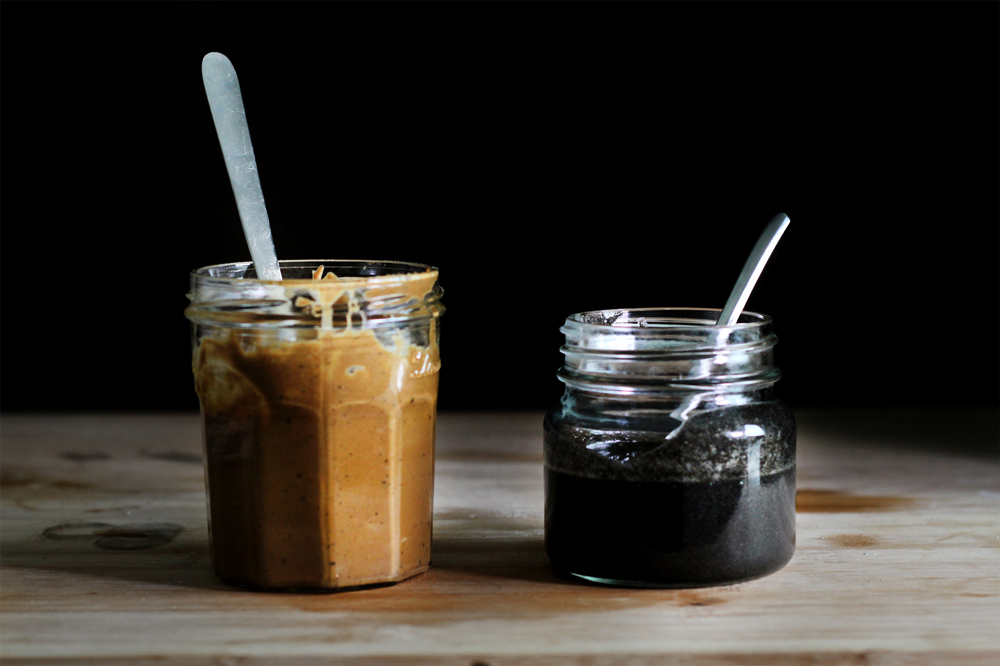 But, here’s the problem… shao-bing is sorta keen on dressing in layers, too, which has long been a kitchen nemesis I’ve combated and failed (more like beaten me unconscious then left in a gutter to be fed to the minions of shame…)(well, except that one and only merciful incident, fine). So it’s safe to say, the idea of shao-bing scared me shitless. But after a couple weeks of timid and uncertain prying on my subject matter at an arm’s length, I was no-turning-back-ly intrigued.

Like most layer-flaunting bakery items out there, some types of shao-bing do use the usual solid animal fat (butter… lard… roux even!) to obtain the layers in between doughs. But a particular variety known for its aroma and excessive sesame-ness, uses… well toasted sesame pastes instead! Doesn’t matter if you’re a black or white… sesame kinda guy/gal, satisfaction is served either way, with white sesame-flavour typically savoury, and black sesame-flavour, sweet.

And after being tested, twice, in my kitchen? Fellow doubters… the toasted sesame paste’s dough-segregating power… blew me away. 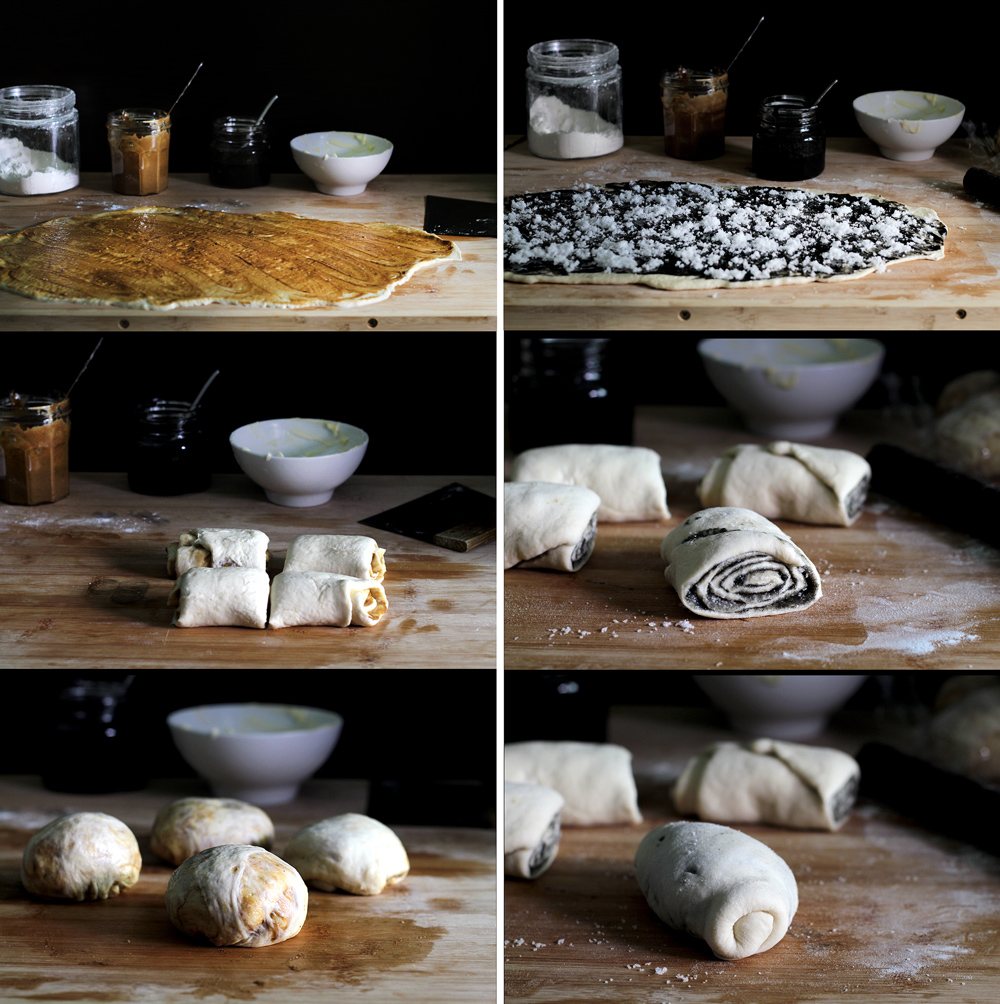 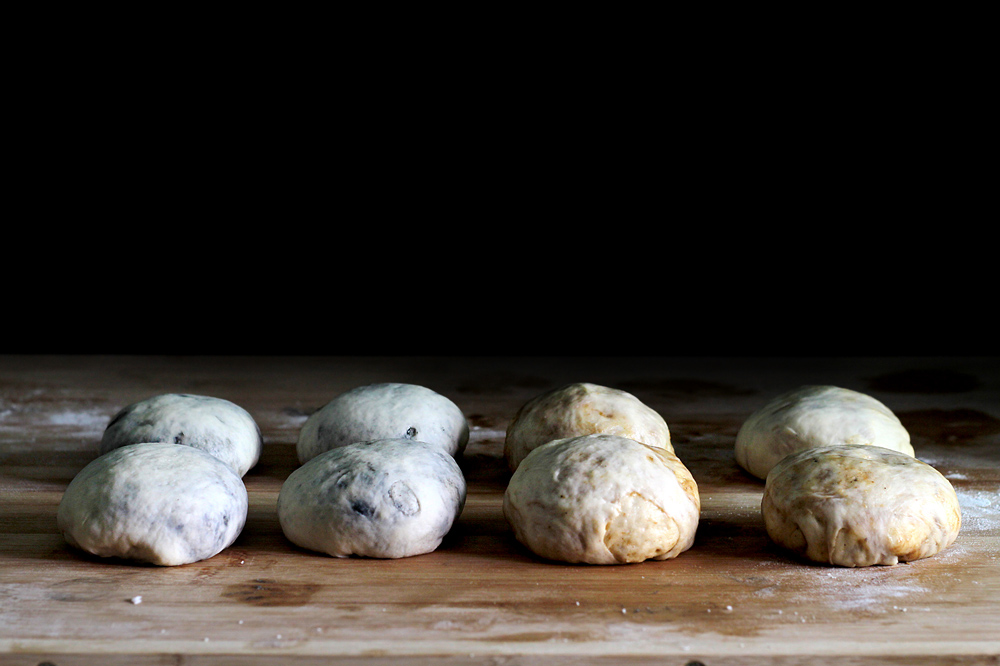 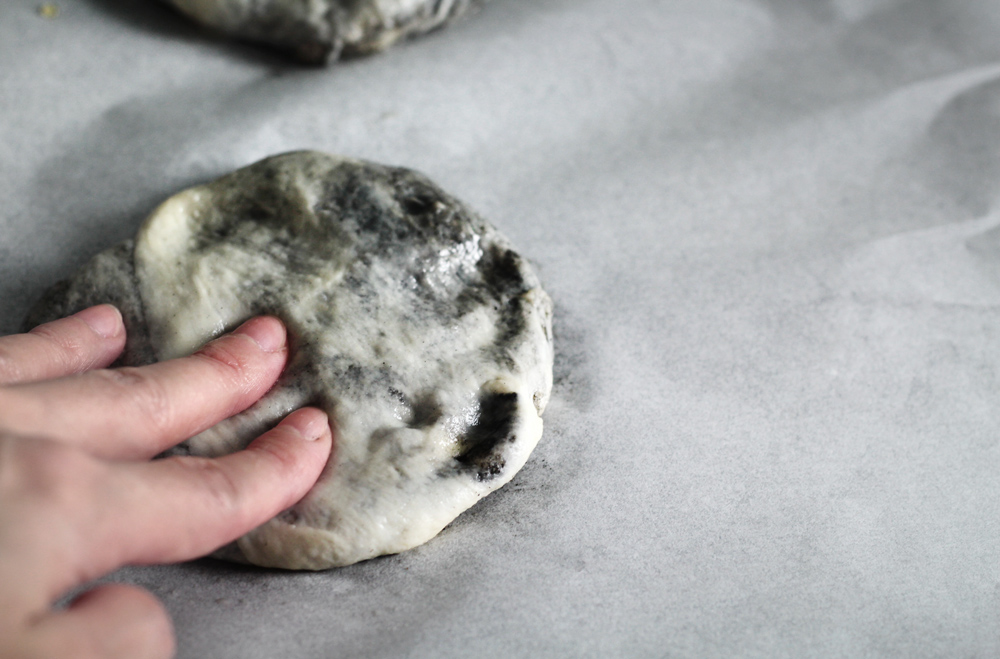 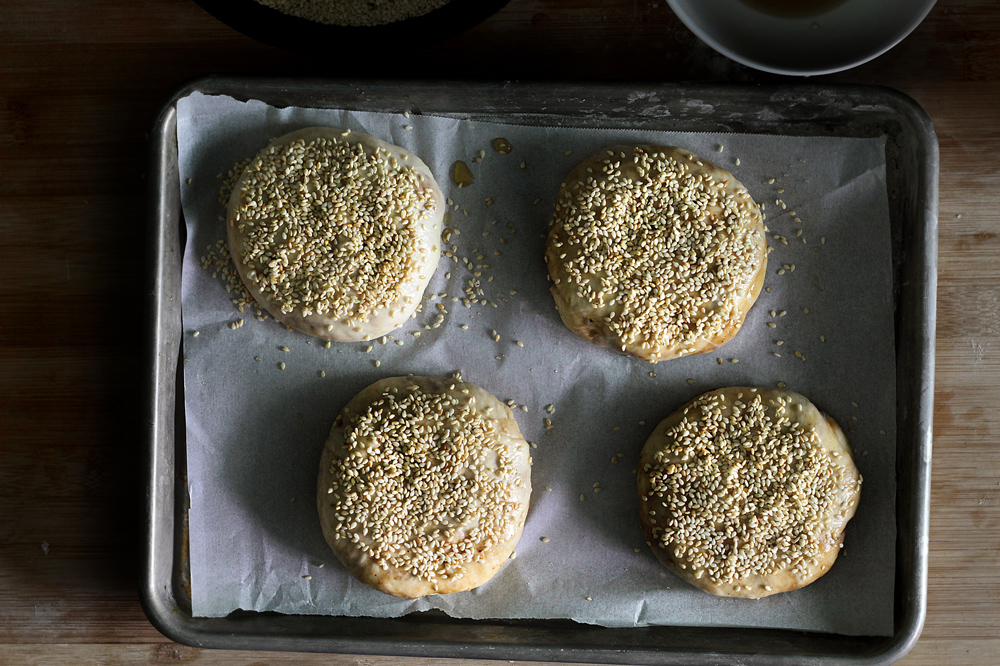 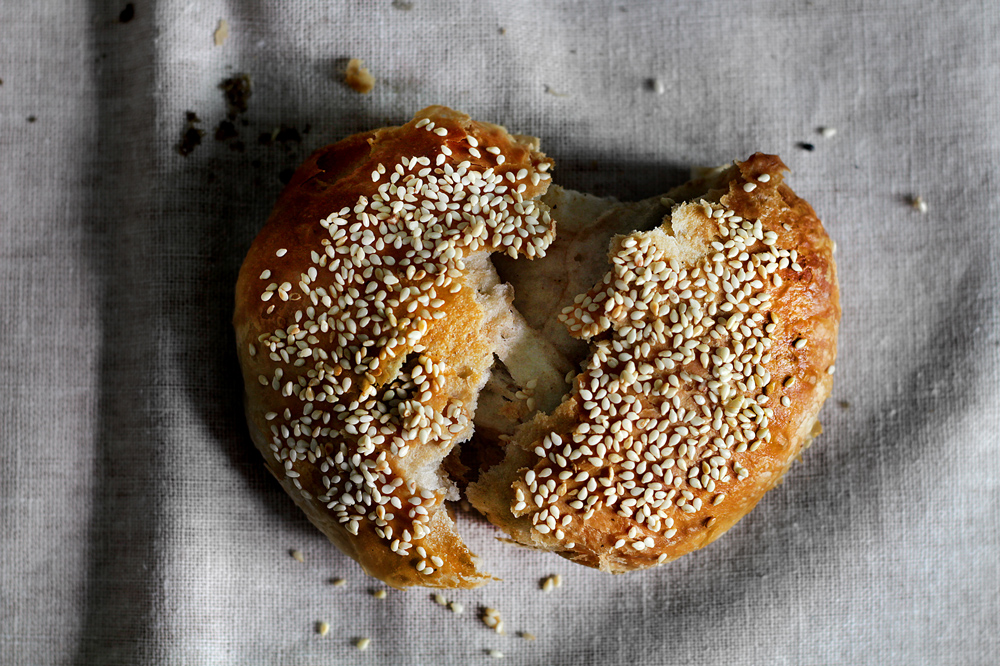 I mean do I really need to explain it in words for you? Just look at them! Transformed. It’s like a body-builder came in town, without any demands on chilling and re-chilling and arrrrrgh!, gave lines and structures inside this otherwise vague and blobby sponge-form (given that this “blob” was the easiest and fastest yeast-dough I’ve ever worked with…, still). It’s what Prince of Persia did to Jake Gyllenhaal., girls. And flavours. Flavours! Inexhaustible sesame-ness, literally, on every levels.

Since I’m… ahem, running out of time to tell you about what I ate them with, here’s a few idea to put between your teeth for now. Using them as Chinese burger buns for this heirloom braised oxtails is your open ticket to the best-guests-list, or tear them apart as an accomplice to this sick and funky lamb business in the privacy your closeted fetish-ness, or dunk them into the greens of West Lake amidst winter season wouldn’t be a bad way to treat yourself.

And as for the sweet black sesame shao-bing, to be perfectly honest as a first-hand responder speaking from experience she might not like to admit, doesn’t need a thang to go with. 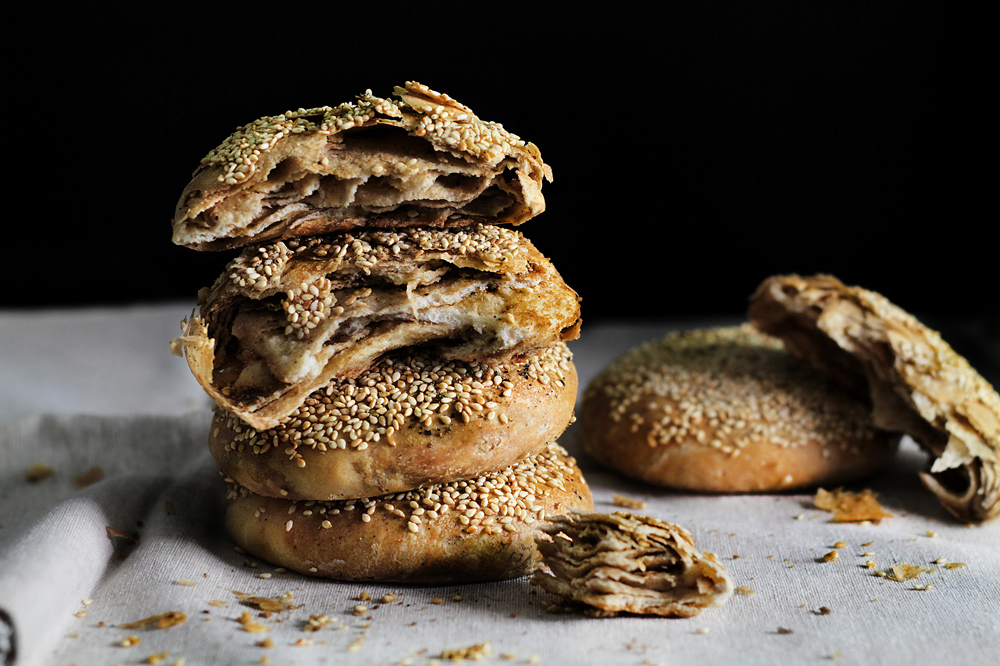 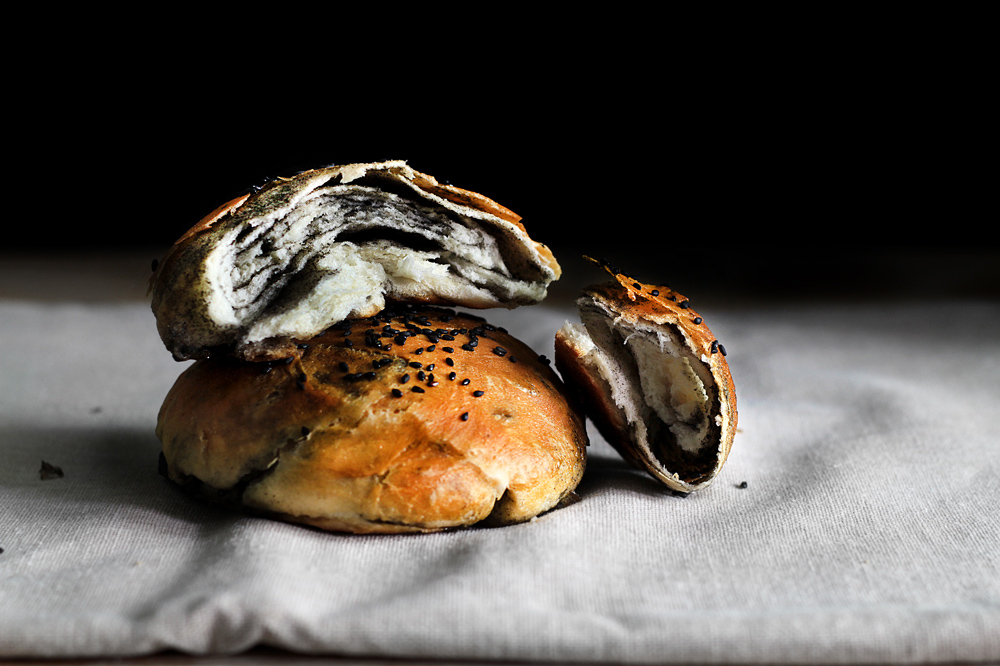 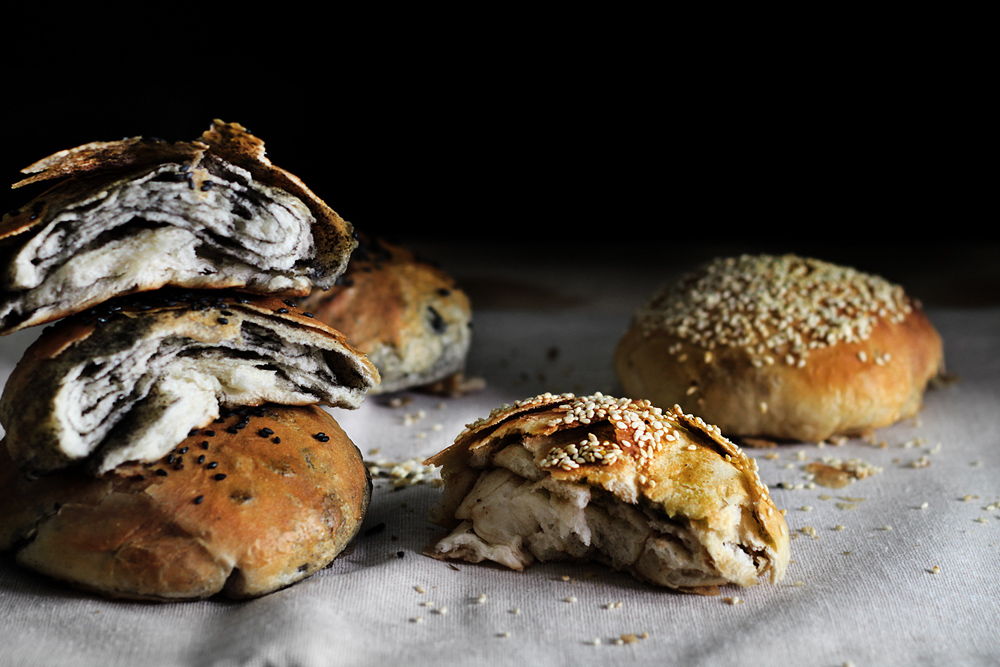 * IMPORTANT: The cups I used for this recipe seems slightly bigger than most conversion suggests. 1 cup = 250 ml. Check your cups to see if they complies, otherwise it might be safer to go with measuring in grams.

*** The recipe will make 10 savoury shao-bing, or 10 sweet shao-bing. But if you want, like I did, you can divide the dough in half and make 5 savoury ones and 5 sweet ones, with extra sesame pastes left for another time (the extra white sesame pastes will be excellent in making this cold and hot noodles). But of course, store-bought sesame pastes would be perfectly fine as well. Just make sure you buy the Chinese-style toasted white sesame paste (darker than tahini) for it. When all else fails, I’ve heard that mixing toasted sesame oil to tahini mimics the flavour of Asian sesame paste…

Place the sesame seeds in a stainless-steel or iron skillet and set over medium heat. Keep tossing the skillet, or stirring with a wooden spatula during toasting. The sesame seeds will start to “pop” randomly, and plump up slightly in volume. Keep toasting until the white sesame seeds turn evenly browned and golden, then immediately transfer to a cool plate to prevent burning. To check the black sesame seeds that won’t show any colour, rub and split a seed in between your finger tips, and if it shatter easily into sandy grains and smells nutty and fragrant, it’s properly toasted.

Reserve 1/4 cup of the toasted sesames for later. Then place the remaining 3/4 cup of toasted sesame seeds into a powerful food-processor (I used a blender-attachment for grinding spices) with 2 tbsp of vegetable oil. Keep the machine running until the seeds are pulverised and turn into a smooth oily paste. Add 1 tsp more of vegetable oil if the mixture is too thick. Keep in a jar and chill in the fridge until needed (it will be easier to work with when it’s cold and less runny).

Mix the instant dry yeast in 3/4 cup of warm water (should be warm but not hot to the touch, and cannot be over 115ºF), and let sit for 10 min to foam up. Mix the bread flour, all-purpose flour, sugar and salt together then divide the mixture into 1/3, and 2/3.

Add 1/3 of the flour-mixture in a stand-mixer bowl with a dough-hook, then add 1/2 of hot water (not boiling) and mix on low-medium speed until a smooth dough forms. Add the remaining 2/3 cup of flour-mixture and the yeast-water, then mix on low-medium speed until smooth and elastic, approx 5 min. Then add the vegetable oil and knead the dough on medium speed for a few min, until all the oil has been absorbed into the dough. Turn the speed up to medium-high and knead the dough for another 5 min until very smooth, shiny and elastic. The dough should pull away from the bowl when the machine is running, but sticks when the machine stops.

Cover the bowl with plastic wrap and let proof in a warm spot until doubled, approx 1 hour (the dough itself is quite warm and thus will proof much faster than cold water-doughs).

Mix the toasted white sesame paste with ground black pepper and ground white pepper until smooth, and set aside. Mix the honey with hot water until completely dissolved, set aside.

Punch the air out of the dough then transfer to a floured surface. Divide the dough in half, and keep one covered in plastic wrap (with enough counter-space, you can prepare the entire dough in one go). Flouring the surface and the dough as needed then roll the dough out into a large and thin, 1/8″ thick rectangular sheet (as “rectangular” as you can). Evenly spread a thin layer of the sesame paste-mixture over the sheet extending all the way to the edges (it may be a little messy but I find that fingers are the best tool for this), sprinkle 1/2 tsp of sea salt evenly on top, then tightly roll the sheet together into a scroll.

Cut the scroll into 5 equal portions. Use your fingers to tightly pinch together the two openings on each end, then gently roll it into a 1/3″ thick square (if there’s air inside the pocket making the rolling difficult, pierce the dough a few times with toothpick to release air). Roll the square into a mini scroll again, and tuck both sides under to turn into a ball. The “seams”/where the folds meet, may not stick together because of the dusted flour, so dab your finger with some honey water and gently pinch them together until they stick. Don’t worry if the dough tears slightly. Place the seams-side down, and repeat with the rest. Do the same with the second portion of the dough.

Place parchment paper over the baking-sheet. Take one dough-ball and dip the bottom in the honey water, then place it on top of the parchment. Dab your fingers in honey water again and press the dough-ball out into a flat disk (the honey water will help the dough stick to the parchment which makes the spreading easier, and it also prevent the dough from sticking to your fingers). Repeat with the rest (no need for too much room in between each shao-bing). Then generously brush the top of each bing with honey water (like you would with egg wash), and sprinkle with a pinch of ground black pepper, and cover the top with toasted white sesame seeds.

Bake in the oven for 20 ~ 25 min until golden browned on all sides. Transfer to a cooling rack after baking.

The process and technique is exactly the same as savoury white sesame shao-bing, EXCEPT that you DON’T mix the sugar and salt together with the black sesame paste. Instead, after spreading the black sesame paste over the dough, sprinkle the sugar (white granulated sugar is traditionally used, but I find light brown sugar to be more flavourful) evenly over the surface and sprinkle with a pinch of sea salt.

Repeat the rest of the step as described above. 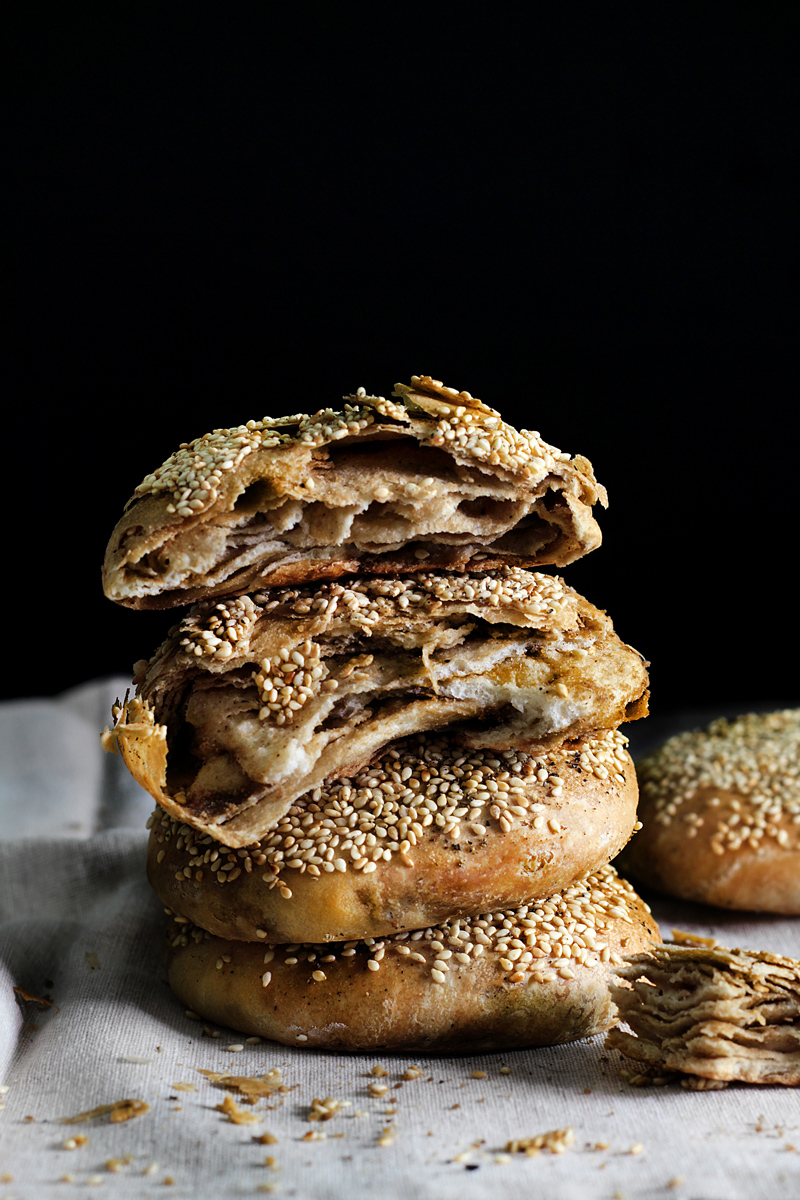 To Roll, or Not To Roll
BLACK SESAME AND GINGR CHICKEN NOODLE SALAD
A BETTER POPOVER/YORKSHIRE PUDDING RECIPE