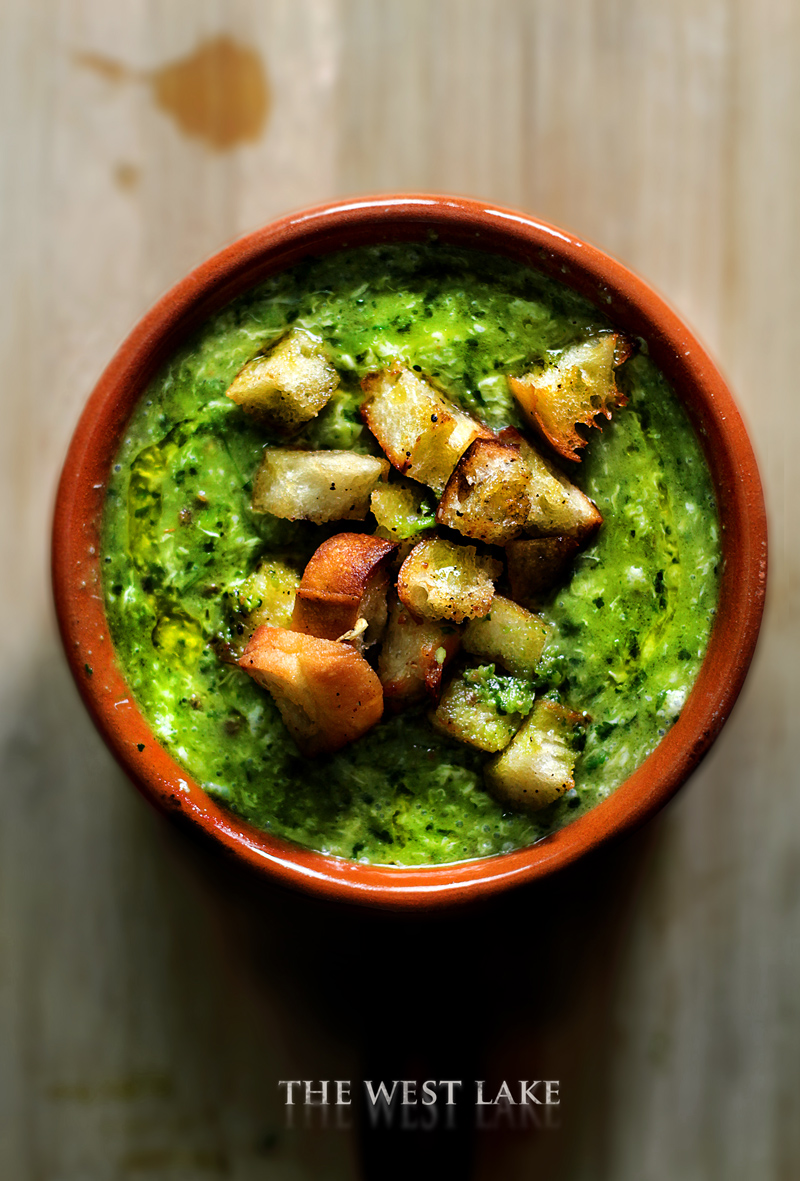 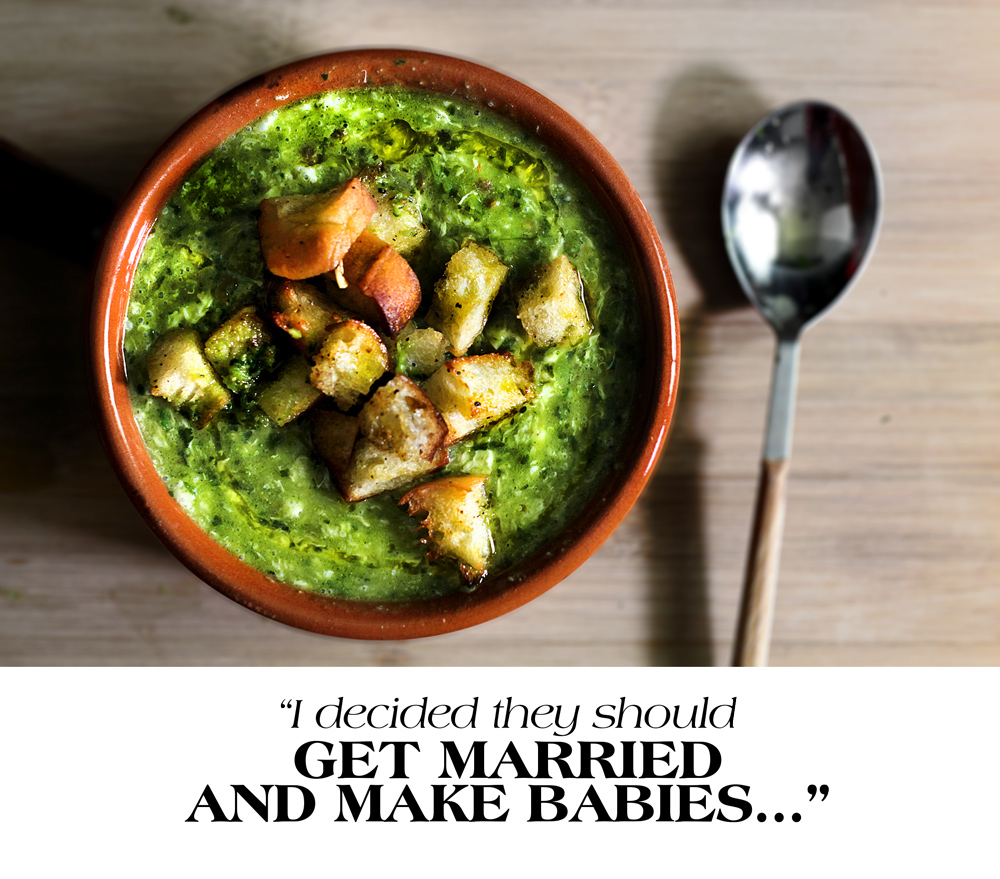 You know… as someone who’s been gutting dead animals… chopping things… hacking and hammering in the kitchen for the past 15 years, I pride myself for the fact that I seldom, and I mean rarely burn or hurt myself inside my ruling domain.  No, it isn’t because I’m more masterful at wielding heavy machineries, but because I have a deeply-rooted, intolerated fear for pain which led to a full spectrum of obsessive precautions before any hazardous conducts in the kitchen.  But… just before I sat down for a chat with you, I though, hey, maybe it was a good idea to first finish slicing those mathafuckin’ fibrous and tough galangals for easy freezing… just to check it off my list…

Well, just like that, there goes my left middle-finger now looking tragically like a tissue paper and tape-wrapped lollipop, summer strawberry flavour.  You see?  You see me waving my middle finger in 360º just so you can see clearly?  Especially at you, galangals. 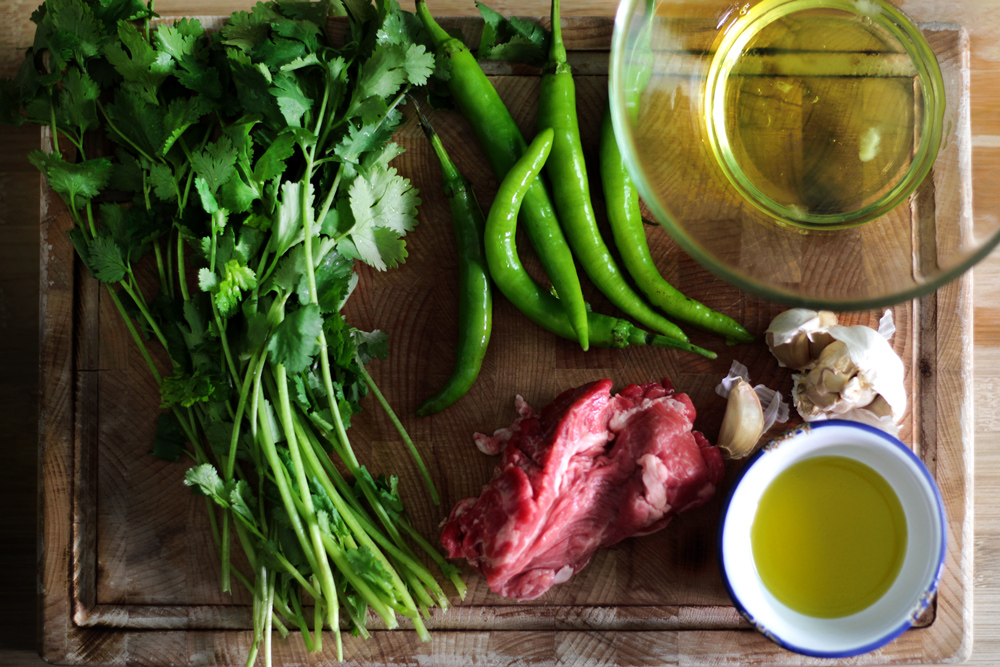 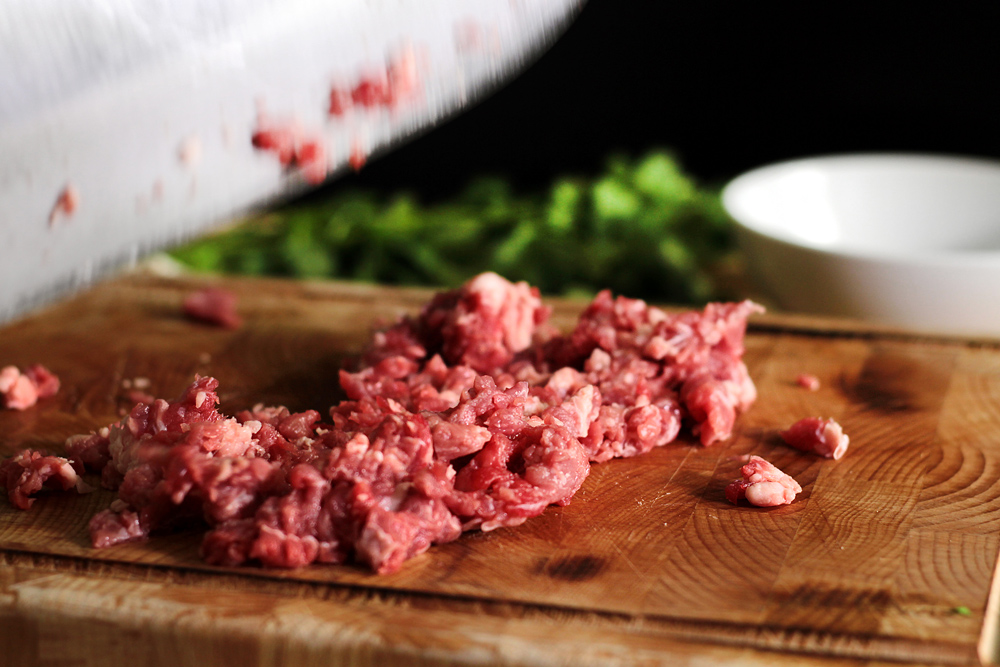 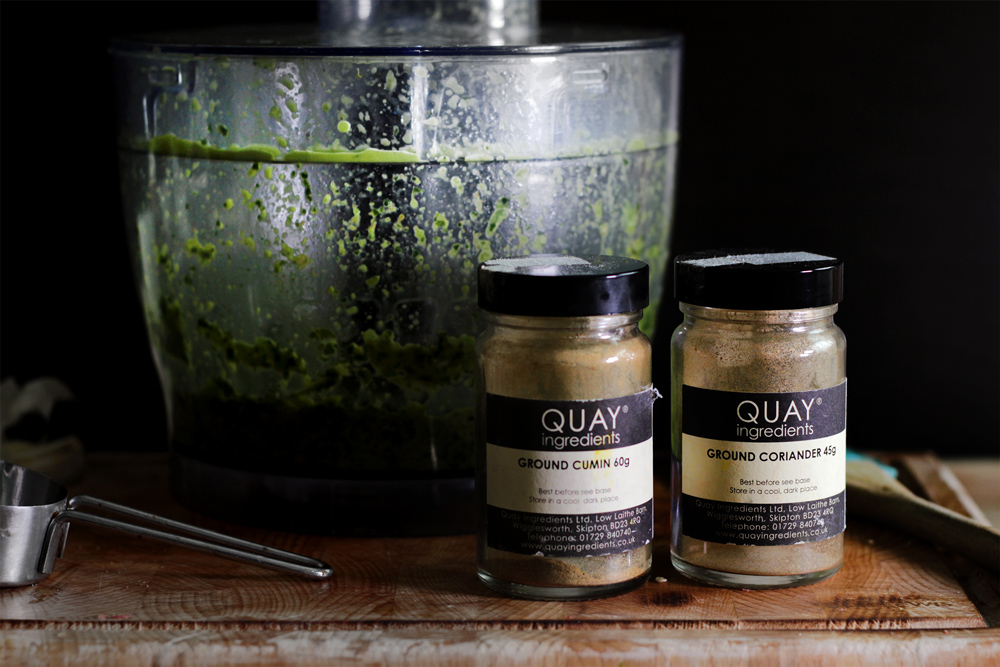 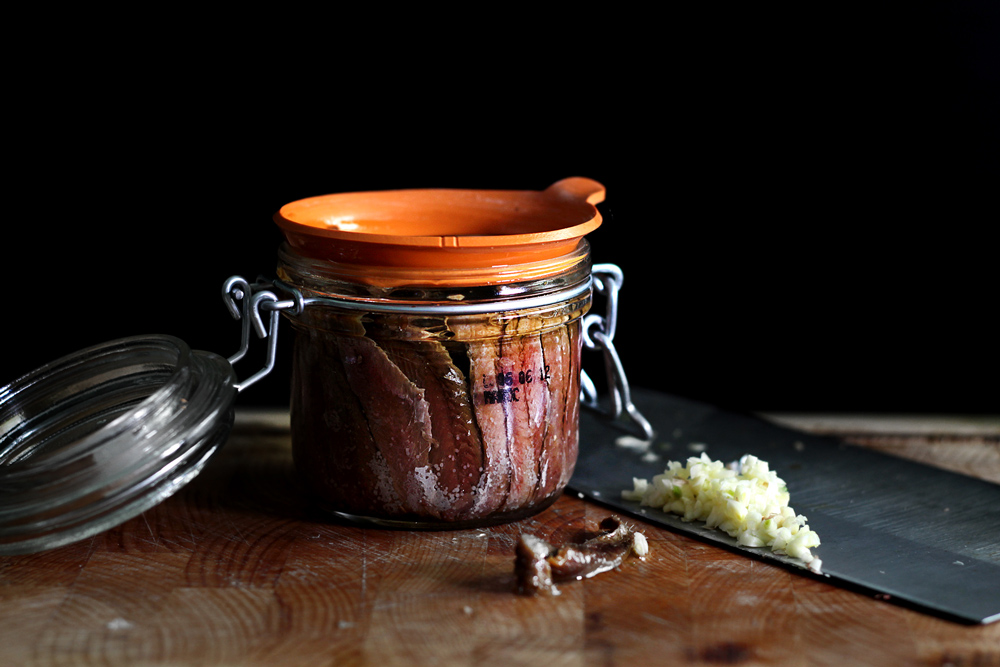 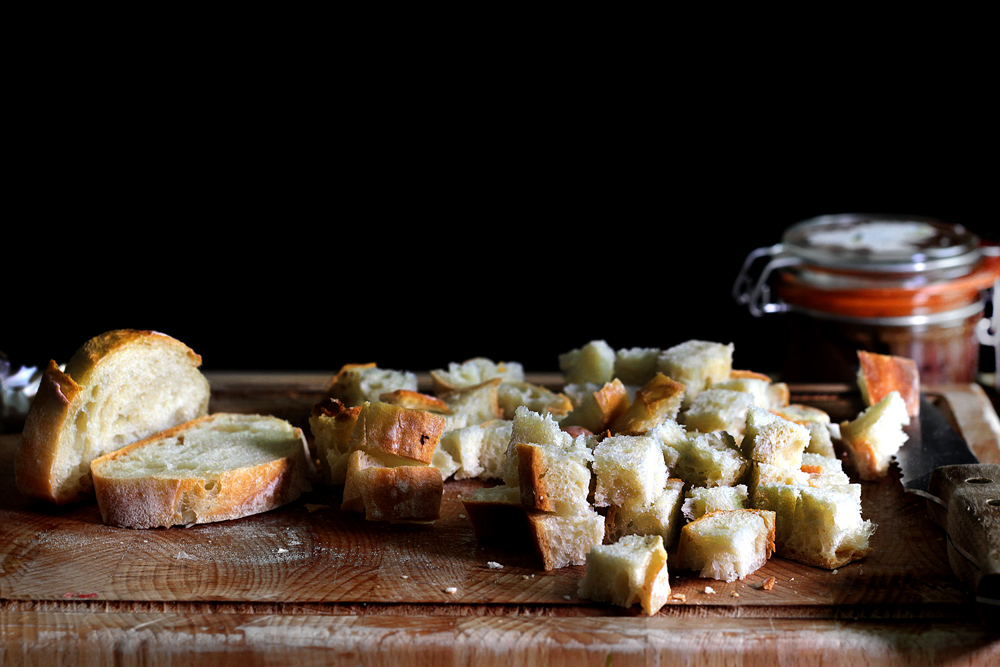 So what does this mean?  This means that it’s extremely difficult let alone say… PAINFUL to type any words with the letter “e”, “d” and “c”, which is to say that it has been the case for 149 times so far, and counting (150).  Thank God I typed the recipe-part ahead of time…  So if you don’t mind, to prevent myself from continuously tapping my wound against the keyboard, I’d like to keep this one short.  Thank you. 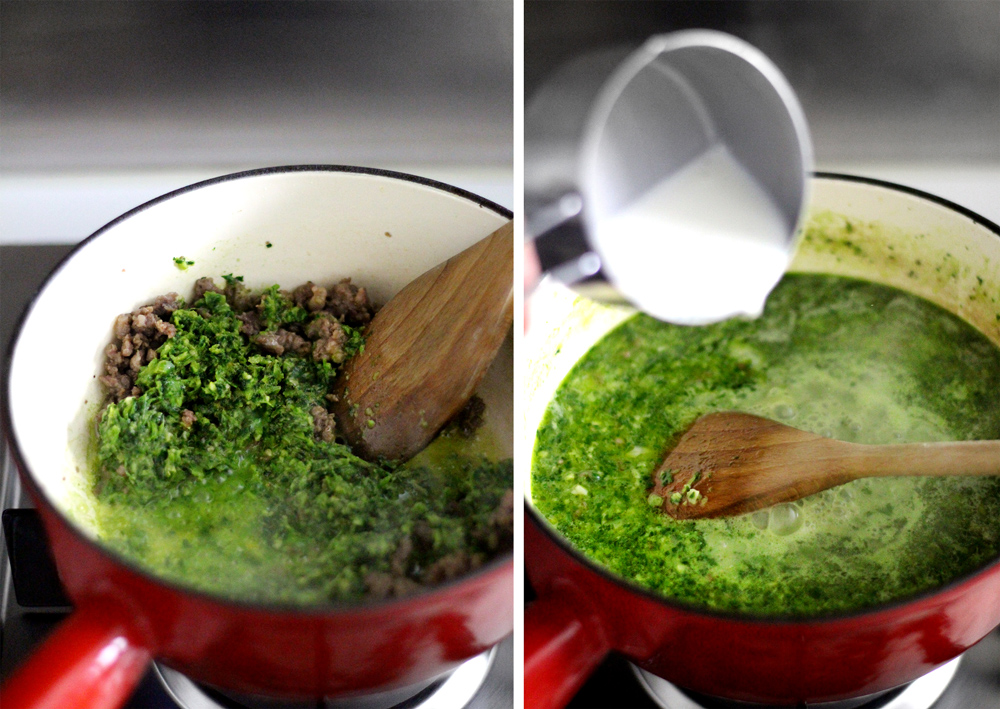 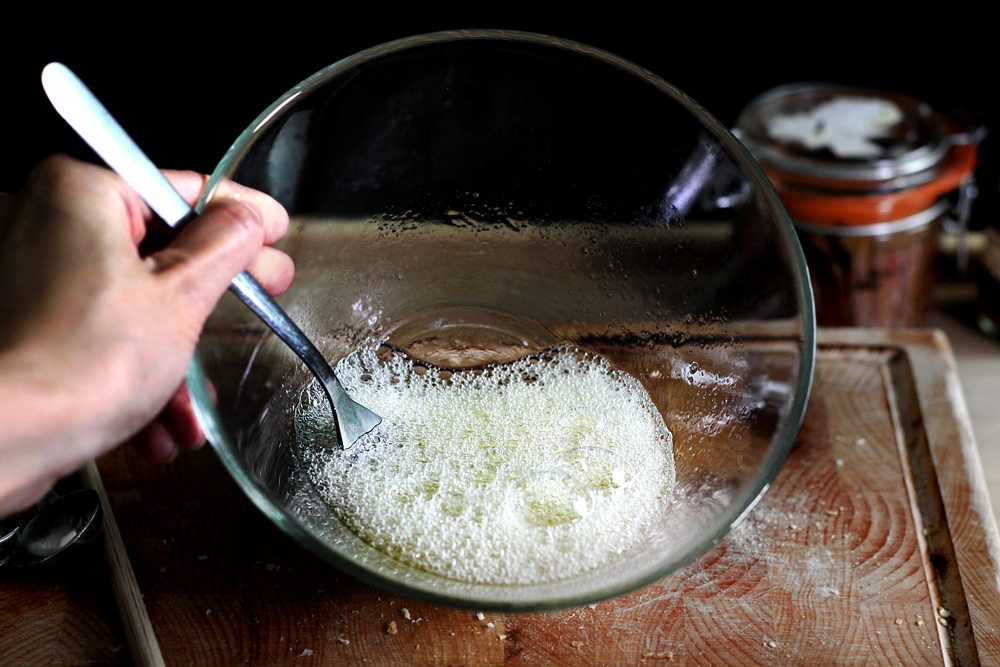 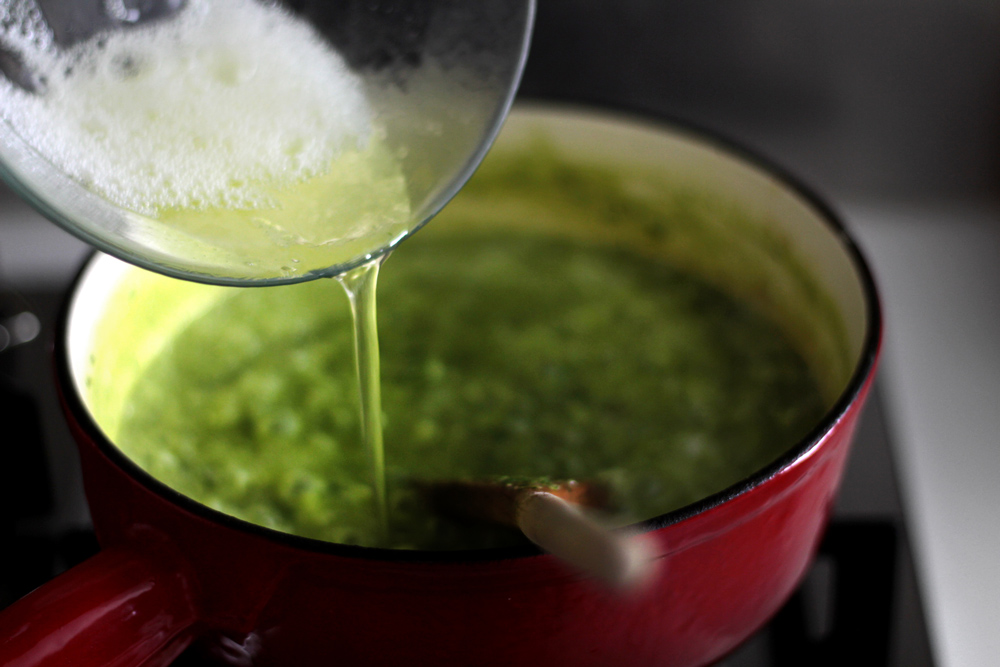 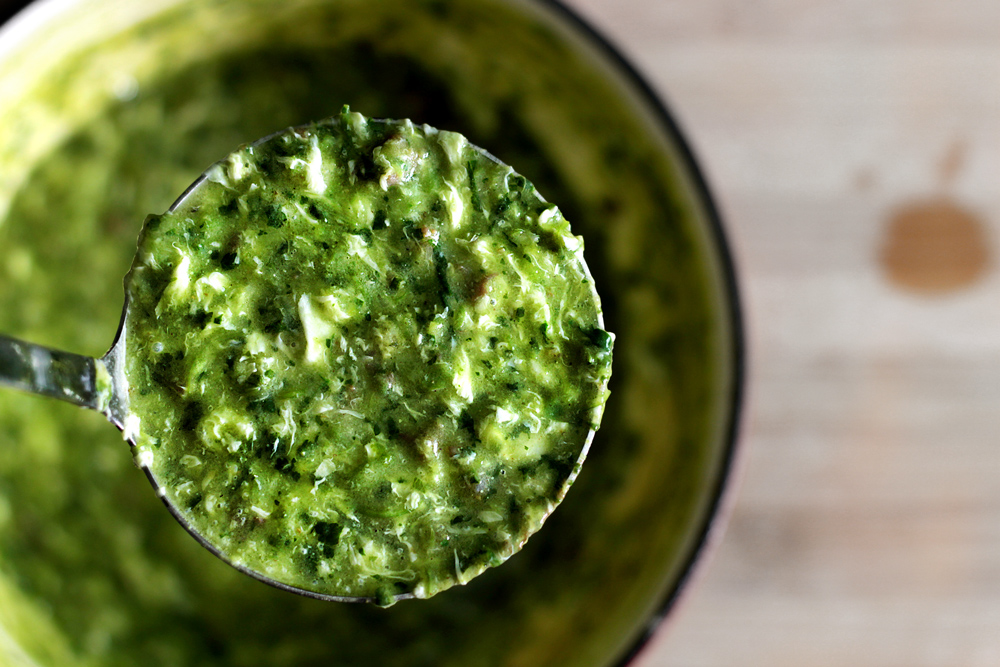 I have one rule of (intact) thumb when it comes to calling something “fusion”, and that is – don’t even think about it.  Instead, I’d like to characterize such dishes as “con-fusion” as more appropriately so, and you are looking at an excellent example at such.  It was first brought to my attention by Saveur’s November issue, as a hearty Portuguese soup called Acorda a Alentejana (bread and garlic soup with cilantro), which strikes a close resemblance as a Chinese classic (more) beautifully named as, West Lake Beef Soup.  More than a “soup”, it’s a “geng” which means soups that are thicken with potato starch for a silky and velvety texture.

So, I decided they should get married and make babies.

It has its Portuguese parent’s green hue, from an exceeding amount of pureed cilantro, green chilis and garlic, and of course some garlic and anchovy croutons to soak it all up.  The Chinese side brought tender bites of minced beef throughout, plus a thick and silky texture with beaten egg whites swirling inside like pretty laces.  Mildly spicy, herby and hearty.  A perfect November child.

It’s a much better thing to lick than a fresh wound I tell you. 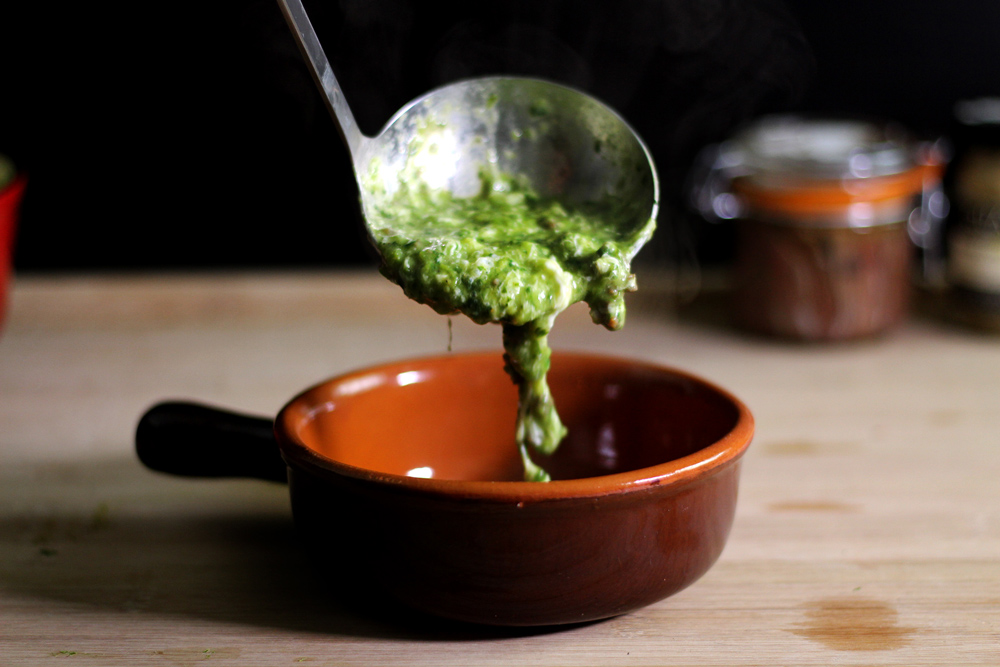 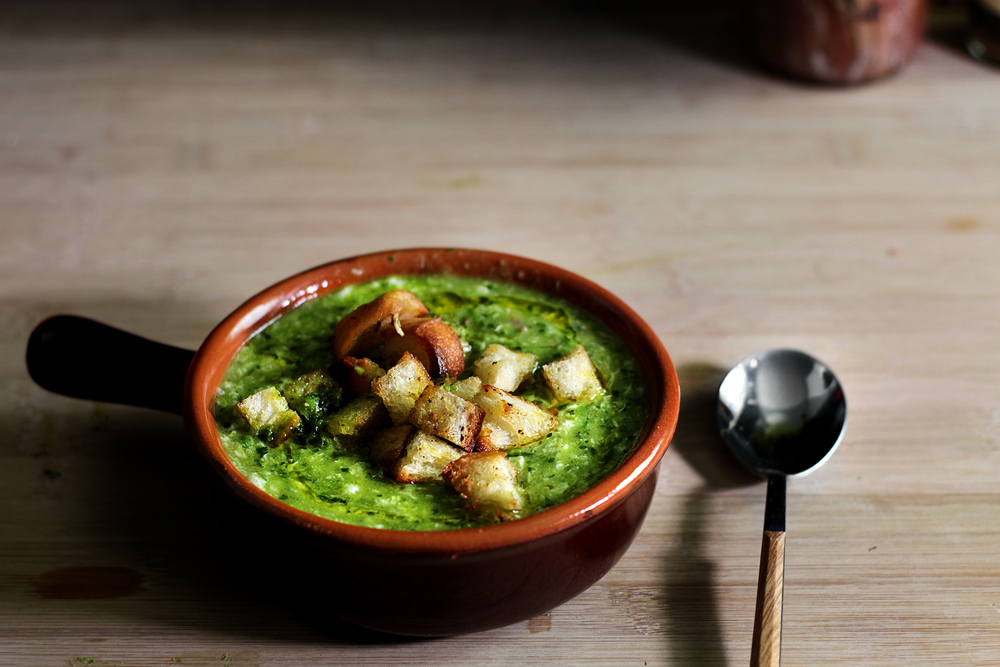 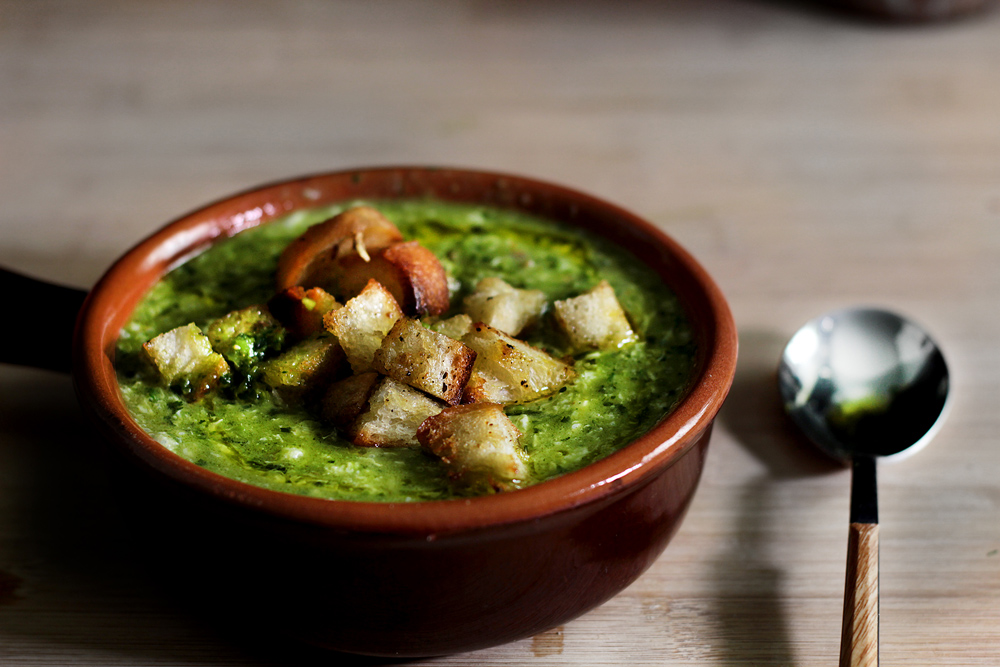 This isn’t a secret or anything but I suspect a lot of people, who aren’t familiar with Chinese cooking, wouldn’t know.  Often times if you’ve ever had a Chinese dish with some kind of sautéed beef, and wondered why texture of the beef is strangely tender and “tissue-less”, it’s because the beef was marinated with baking soda.  Just a tiny tiny amount of baking soda will break down the protein in tough cuts of beef, and is used in almost all Chinese restaurants for stir-fry.

Use a sharp and heavy knife to mince the beef chuck into tiny pieces, but not to “ground” it.  Mix the minced beef EVENLY with 1/4 tsp of salt, black pepper and 1/8 tsp of baking soda, and let marinate for at least 20 minutes.

Add green chilis, cilantro, garlic, olive oil, salt, ground coriander and ground cumin in the food-processor and ground into a paste-consistency.  Set aside.

To make the crouton, preheat the broiler at high.  Melt the unsalted butter in a skillet and add anchovy fillet, and ground black pepper.  Break up the anchovy with a wooden spoon and sauté until fragrant.  Mix in the grated garlic, and toss the mixture with diced rustic bread, and toast under the broiler until crispy and browned.  Watch closely as this will happen quickly.  Set aside.

In a soup pot, add 2 tbsp of olive oil over medium-high heat.  Cook the marinated beef until slightly browned, then add 1 cup of the herb-paste.  Cook the paste for 2 to 3 minutes until fragrant, and the moisture slightly reduced.  Add the chicken stock and let it simmer for another 3 ~ 4 minutes.  Meanwhile, beat the egg whites until frothy.  And evenly whisk the whole milk and cornstarch together.  With the soup simmering, slowly drizzle in the milk-mixture while stirring constantly with a wooden spoon.  Cook for a couple of minutes to let the soup thicken.  Then again, with the soup simmering while stirring constantly, drizzle in the beaten egg whites.  Keep stirring for about 30 seconds, then TURN OFF the heat completely.  The egg whites should look like little, pretty tiny strands throughout the soup.  Re-season with salt and pepper if needed.

Serve the soup immediately with the croutons and a little drizzle of extra virgin olive oil.