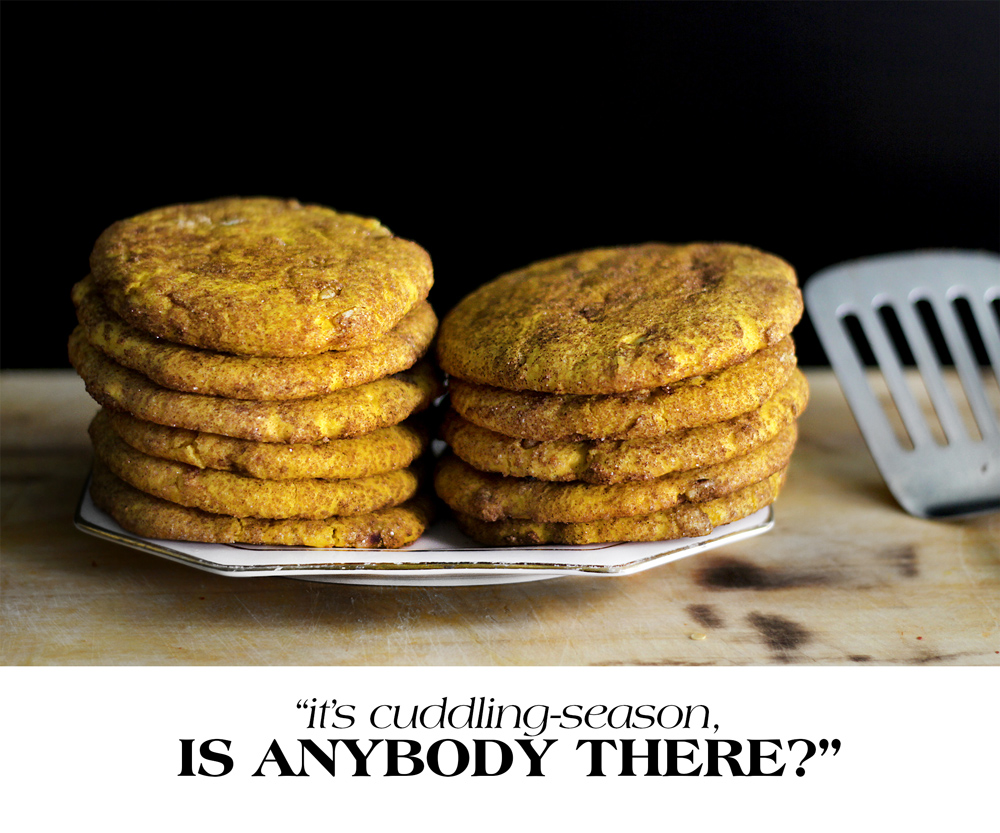 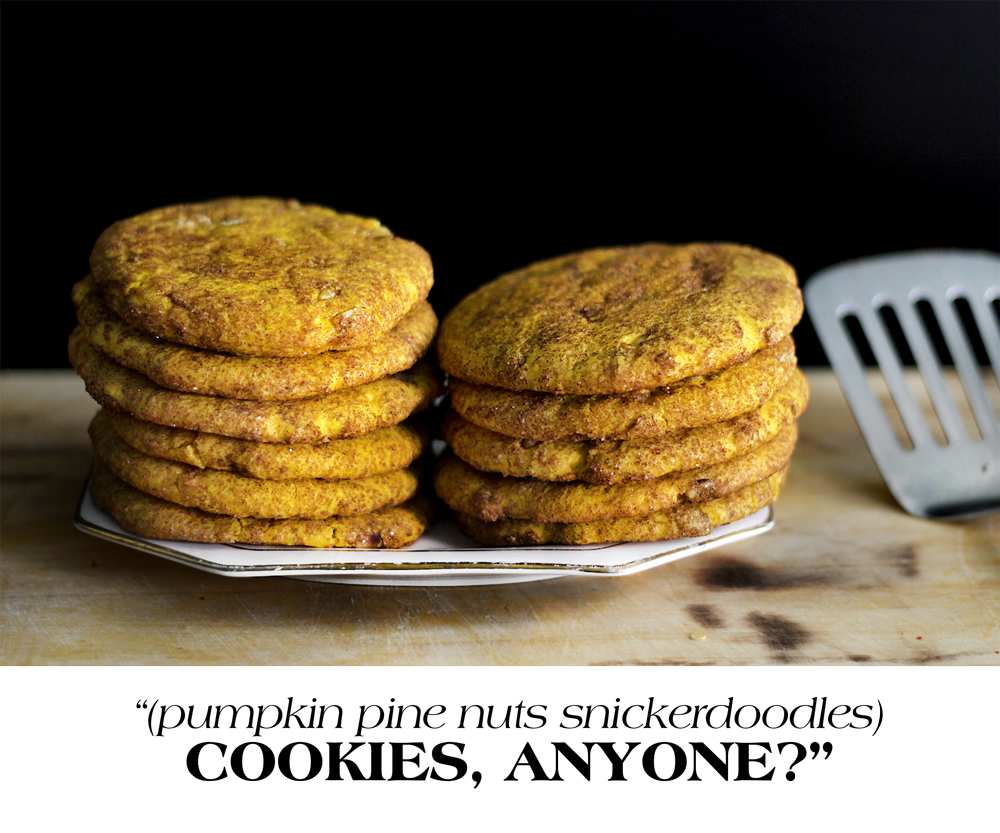 I recently landed in a couple of situations where I had to articulate the idea of my blog, a sales-pitch so to speak. The effort quickly brought brightened realizations to myself that whatever effort I made to explain the original vision or benchmark that I set out for when I started doing this, is now tainted with contradictions. A derailment, so to speak. 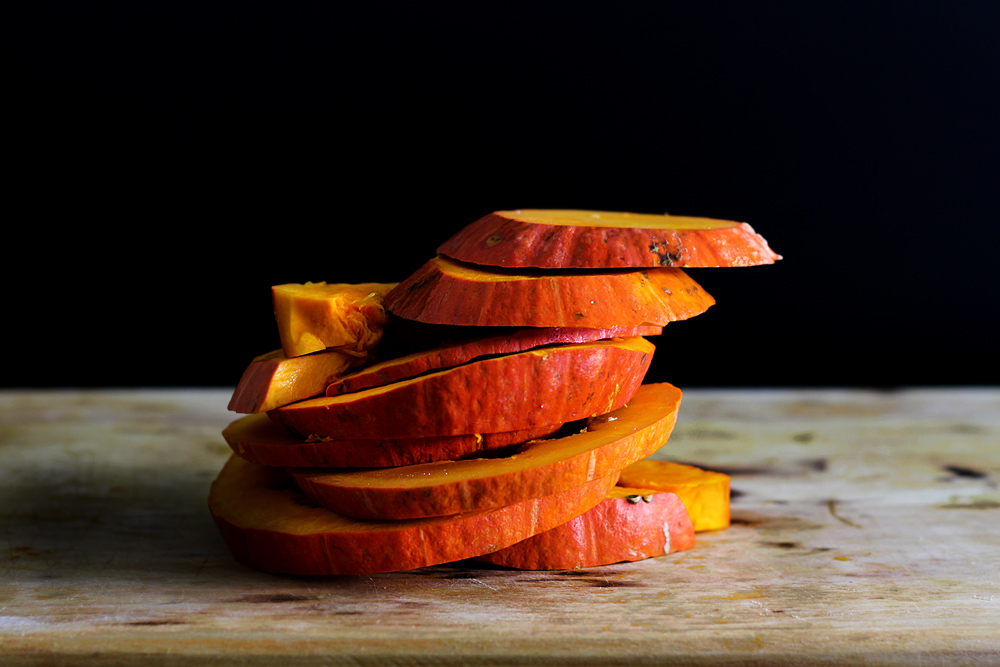 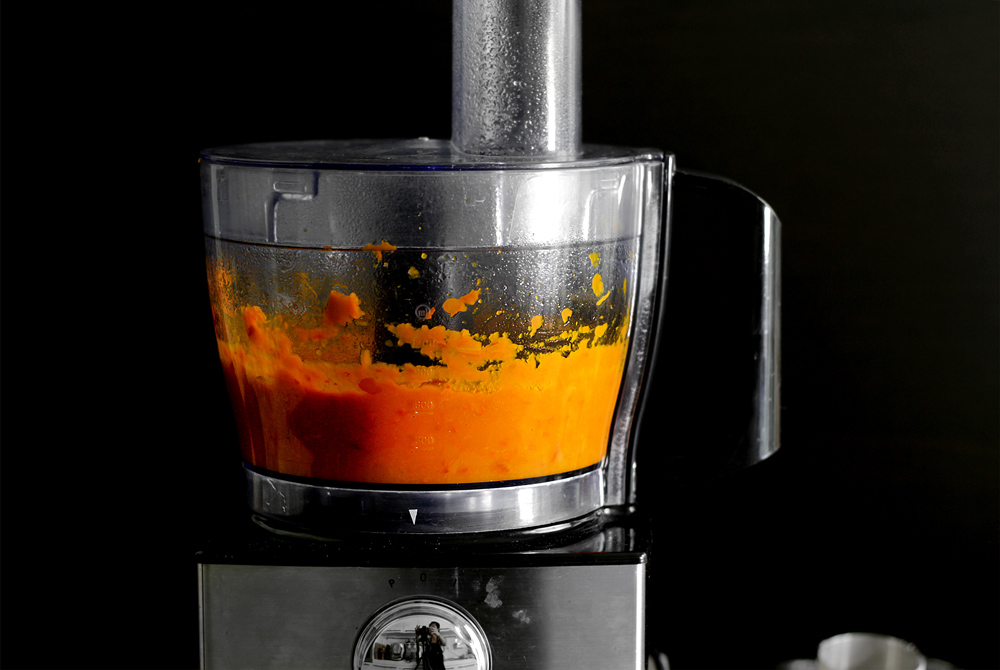 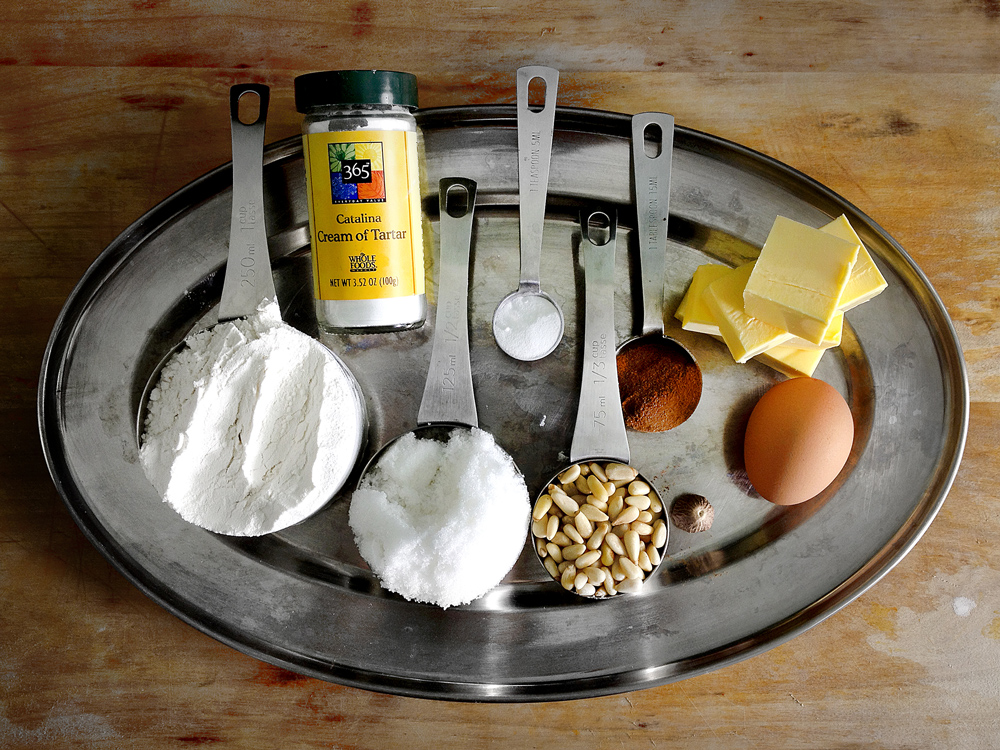 As an Asian with a defining family food-culture to grow up on, who then spent her life 50/50 in North America and Asia, it was easy… or obligated even, to snarl at the relatively less diverse range of American taste buds, to think ourselves a more knowledgable species with insights on another dimension in eating. Feeding your family is not only an important act but it is also a loving one at that, you want them to feel satiated but happy with what they are eating, so if you have a new baby in the family, you do not want to feed them generic stuff that may not be doing much for them in the long run. Also, heavy metals in baby food have been found over the years and can cause damage to a child, it may then be best to look at more organic and better ways of feeding the family!

Anyway, the sense that we know something that they don’t is well-known.

They don’t know about the pleasure of picking through the lip-sticking tissues on a deeply braised chicken feet, hell, they don’t even know real chickens. And that the richest, most beautiful secrets of any animals lies within their hearts, guts… even within their heads. And that goats are better than lambs, tails are better than loins, and if I’m not sounding enough like a full-blown obnoxious asshole, I was better than them. I was going to uprise through a cloud of prosaic recipes, an endless horizon of hot dogs, chicken cutlets, pancakes, brownies then brownies and, more brownies… I was set to cook what I like, and how I like it.

A landscape that looked very different from what is now. 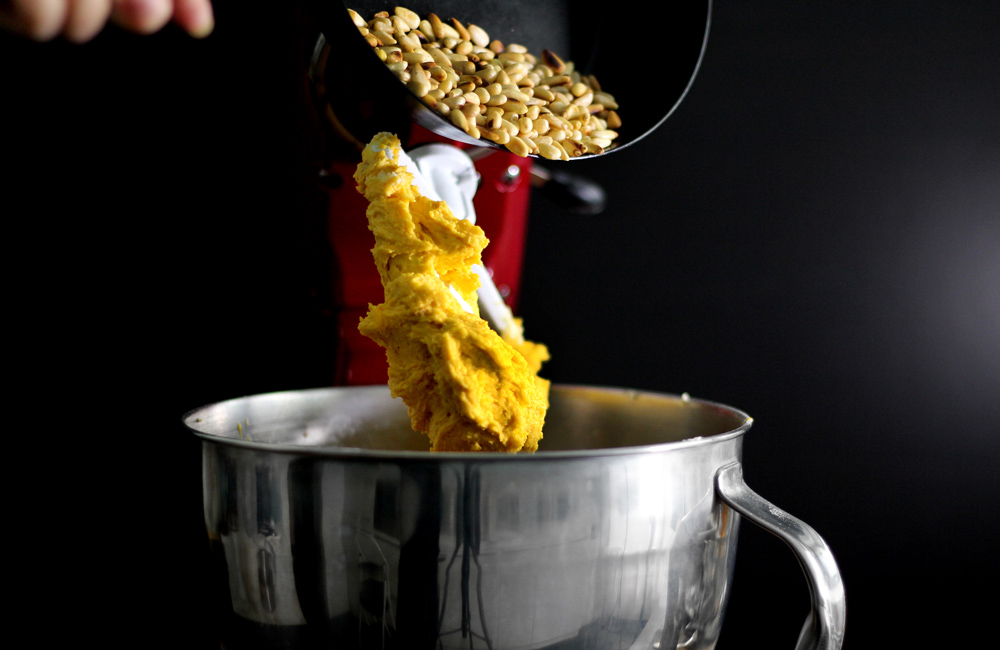 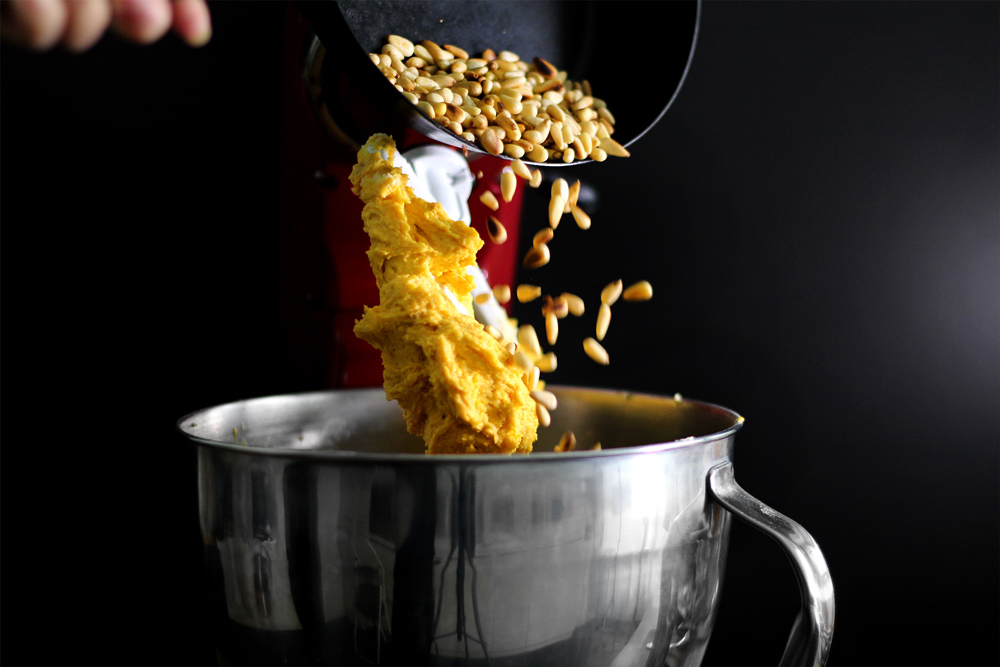 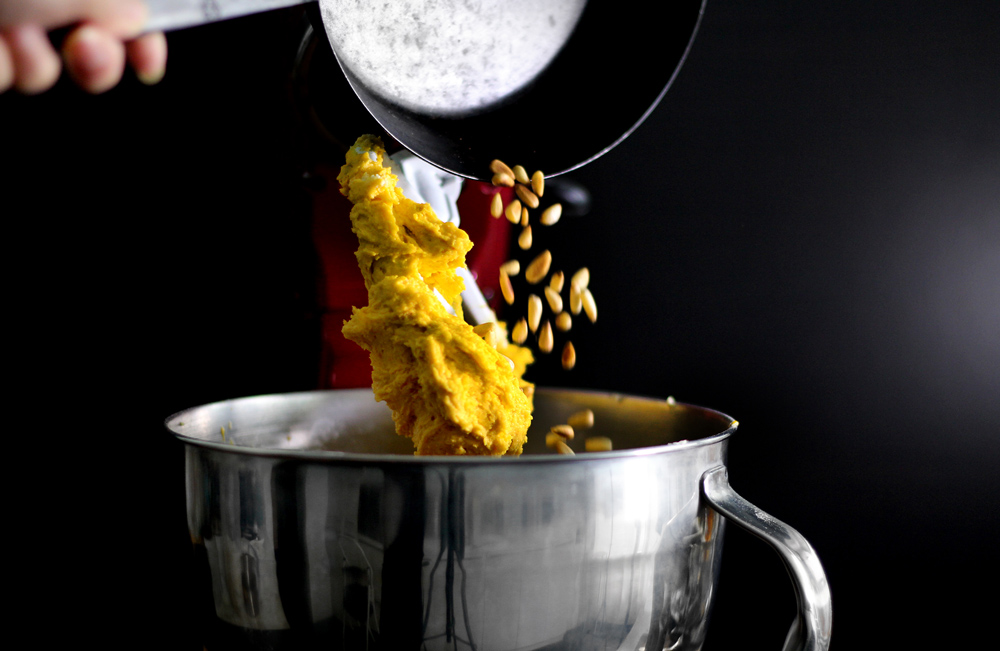 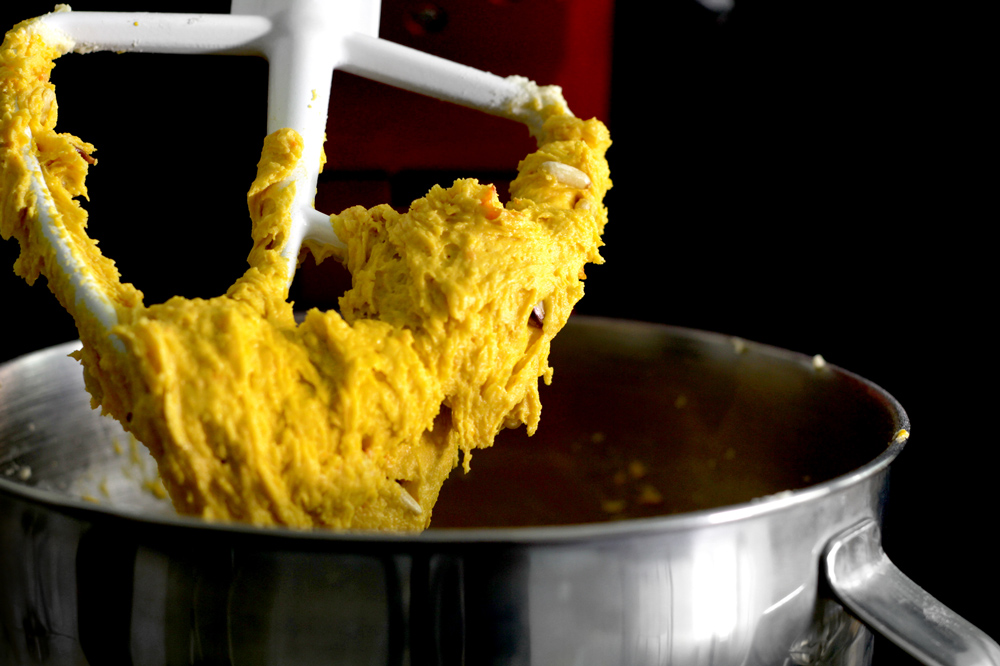 Perhaps because the confidence was quickly deflated by a raining pins of insecurity following my first real confession as a funk-aholic that passed without a whiff of sound. I started hearing voices saying, what’s a food-blog without a bakery recipe? One should reasonably demonstrate her ability to wield yeast and whatever micro-organisms to earn a hat of kitchen wizardry. Fair enough. And then really, come on, who wouldn’t like a cookie every now and then, plus what’s so wrong about a damn nice pie and brownies anyways? From there on, every time I stare upon the face of a traffic slow-down, I’d ended up finding my oven… with a cake in it.

Looking back, there’re lessons in failures. No really, lessons… or humility, so to speak, which especially goes to the science and precision that all goes into perfecting a cake, a pie, or shit pancakes even, that is no less profound than anything I’ve ever done. The people who are really good at it with the knowledge they have to acquire to do so, instantly look cooler in any party with bad hair than me with a mohawk. By mimicking them, I’ve received invaluable educations. 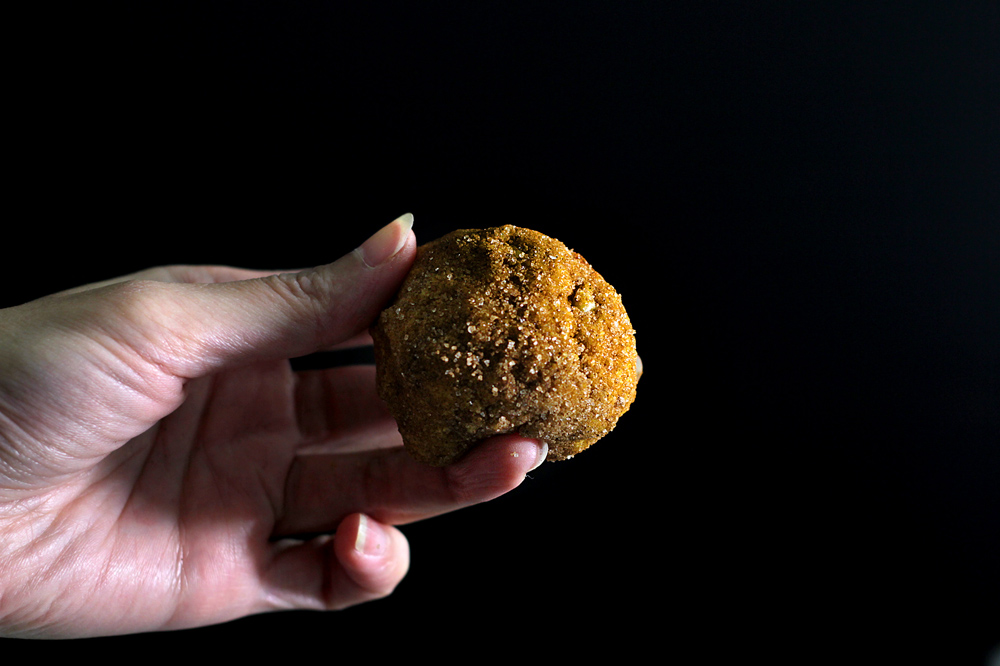 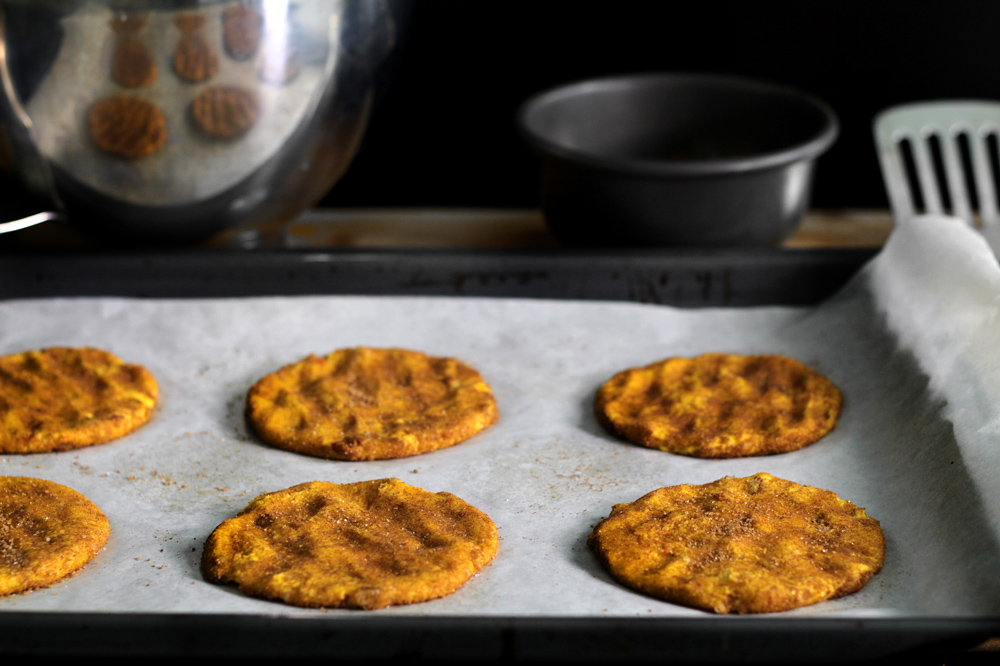 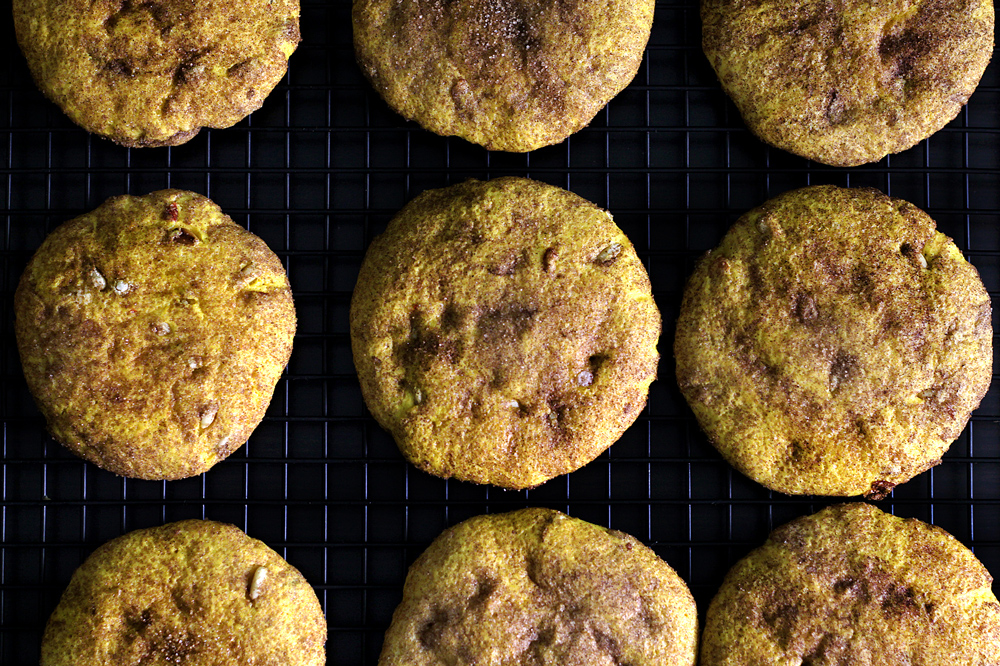 But here’s the thing with roleplaying, that sooner or later one’s bound to strip down looking more clownish then sexy. Just yesterday, when I came over an article on Buzz Feed titled Dick Soup, I got jealous. Bitter. Felt inferior. Why isn’t it me talking about something named a dick soup? This place deserves a good dick soup. Even if it for sure is not going to land me on a bookshelf next to Ina, it’s dignifyingly closer to my kind of food fetish than say… a sandwich. My recently enjoyed butterflied lamb balls on skewers and pan-roasted fish sperm sack on my down time, couldn’t make the scene because I have got none. Don’t fret. No dick is likely to protrude anytime soon (I heard they are hard to come by) more than probably I’d say, another pie (we bonded quite nicely in fact over time). So I guess all this mumble jumble (if you’re miraculously still there) is just to remind myself – God forbid if I have to punch out every word on a keyboard and paste it on the internet to remember – that however terrifying it is, sometimes I don’t have to do what everyone else is doing. I mean is this not a fucking blog after all? 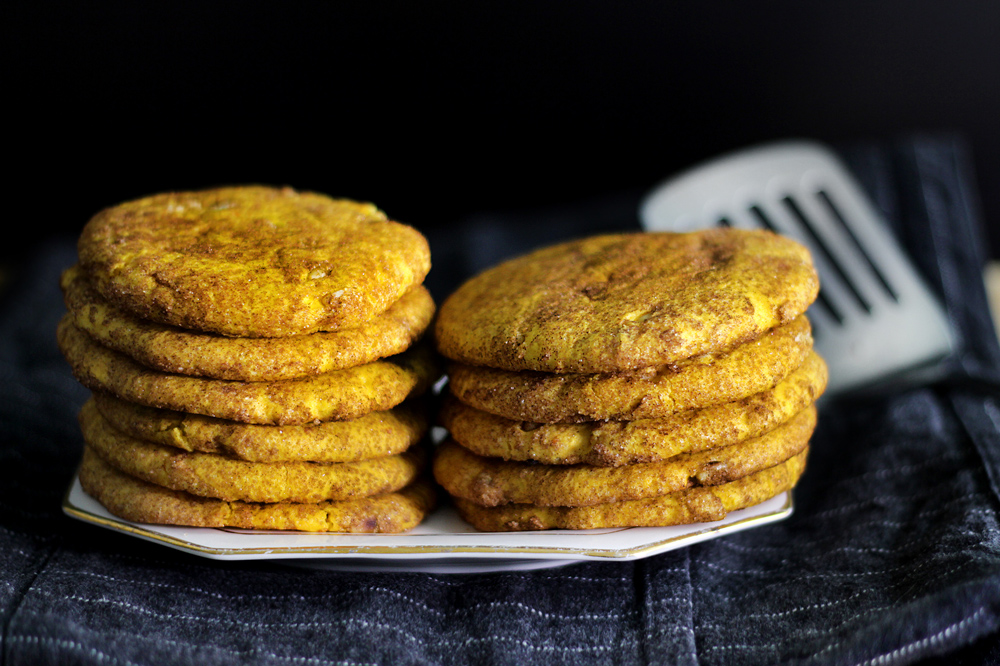 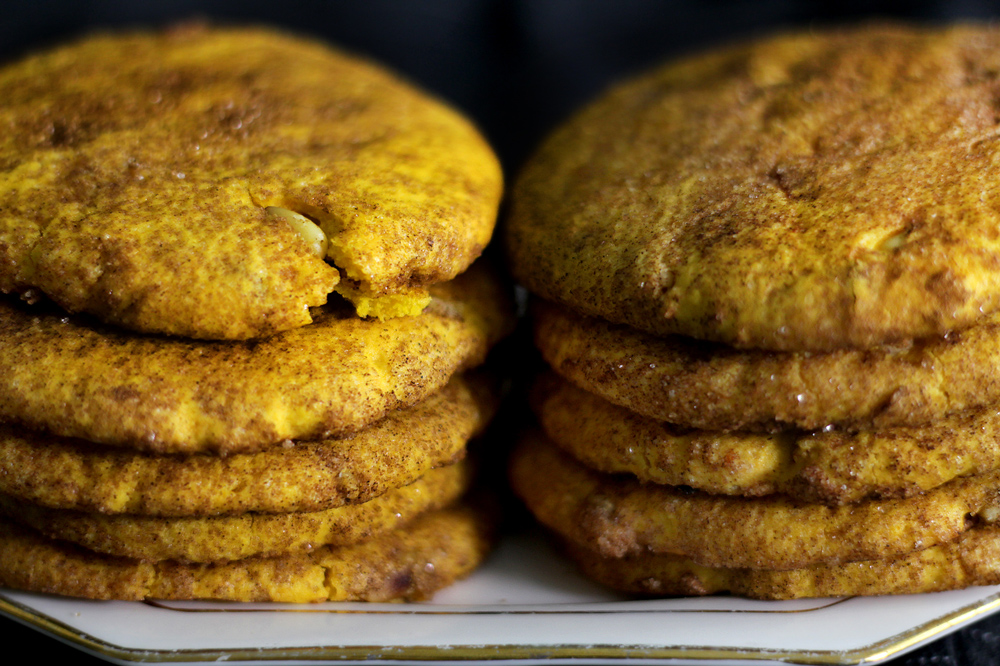 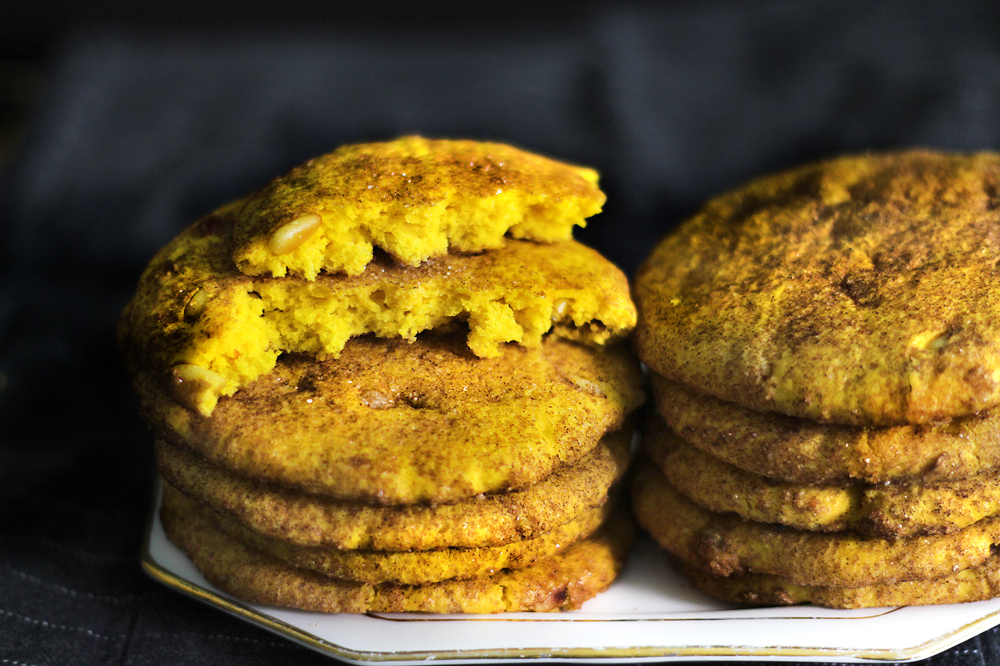 Ok what am I saying?! I do love cookies… This mildly spicy cookie dough has a much lower ratio of butter/fat than a typical snickerdoodle (replaced by pumpkin puree), and therefore isn’t very “spreadable”. Instead of going into the oven in sphere-form and let the heat melts it down into a flat disk, the dough needs to be pressed into a disk BEFORE going into the oven. They are softer with a more cake-y texture and chewy edges.

If you are roasting/pureeing your own pumpkin (instead of using canned): Preheat the oven on 410ºF/210ºC.

Cute the pumpkin (you’ll need about 1/2 of a small pumpkin) into 1/2″ thick slices and remove all the seeds. Scatter on a baking sheet and roast in the oven for 30 min until a fork can easily pierce through the flesh. Puree in a food-processor until very smooth. Depending on the sweetness of the pumpkin (mine wasn’t sweet AT ALL), add 2 ~ 3 tsp of brown sugar to the puree. Let it cool down to room-temperature COMPLETELY before using.

Make the cookie: Mix flour, cream of tartar, baking soda and grated nutmeg and ground allspice together and set aside. Toast the pine nuts in a skillet over medium heat, stirring constantly until lightly browned on all sides (it’s very important to thoroughly toast the nuts). Let cool and set aside.

Add the flour mixture and mix on low-speed until it comes together as a cookie dough. Stop and scrape the bottom of the bowl again, then add the toasted pine nuts. Mix on low-speed until everything is evenly mixed in. Cover the bowl with plastic wrap and chill in the fridge for at least 1 hour for the dough to firm up.

Mix 1/4 cup of sugar and 1 tbsp of ground cinnamon together in a bowl. Line a large baking sheet with parchment paper.

Use a large ice-cream scoop to scoop 1 cookie dough-ball and release it into the cinnamon sugar. Roll the dough-ball in the cinnamon sugar until evenly coated on all sides. Place the coated cookie dough on the parchment paper and press it down into a thin disk (as thin as the final thickness of the cookies). Repeat until you fill the baking sheet with cookie doughs. Bake in the oven for 10 min (place the cookie dough back into the fridge if you are not working on another sheet). The cookies will not brown and will be slightly soft/fragile when they just come out of the oven. Transfer them to a cooling rack until completely cooled down and firmed up. Repeat with the rest of the cookie dough (if the cookie dough softens and becomes hard to work with, chill it in the fridge for another 10 min).

Keep in an air-tight container for up to 1 week. 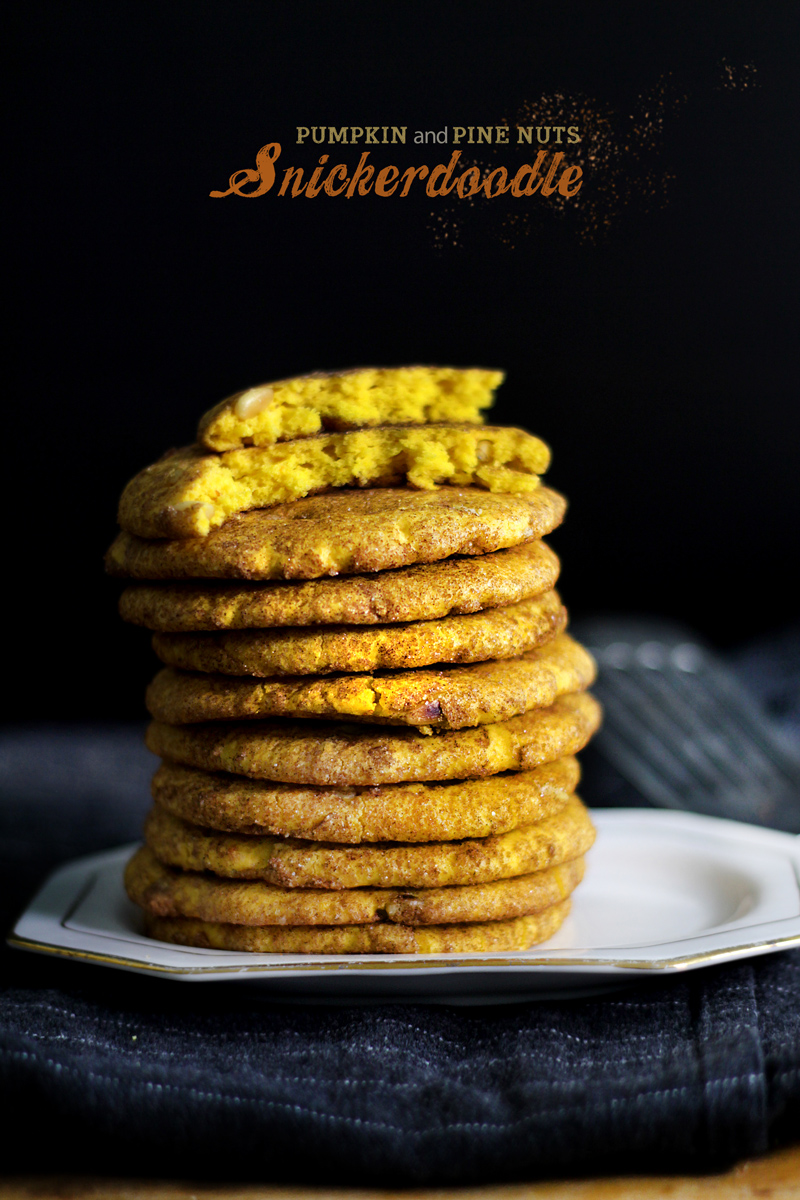