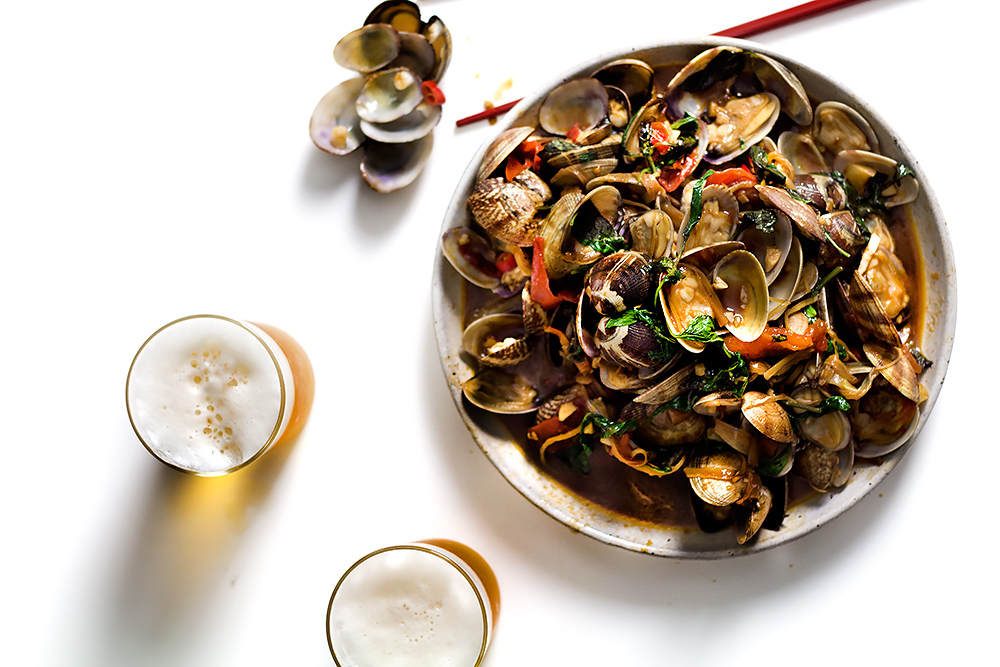 IT WAS A CRADLE FOR UNDERAGE DRINKING AND SECOND-HAND SMOKE, AND WE LOVED IT LIKE MOTHER’S MILK 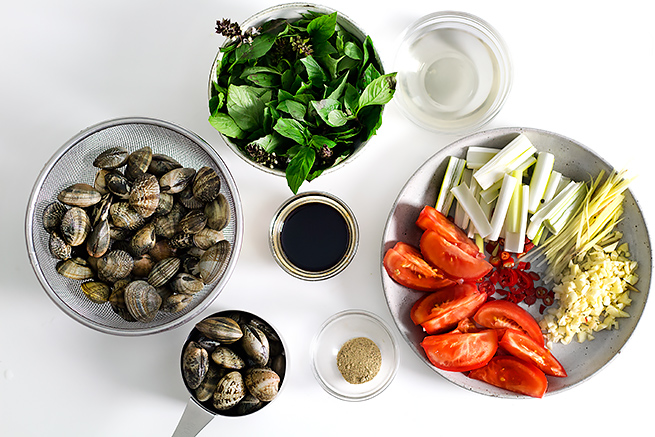 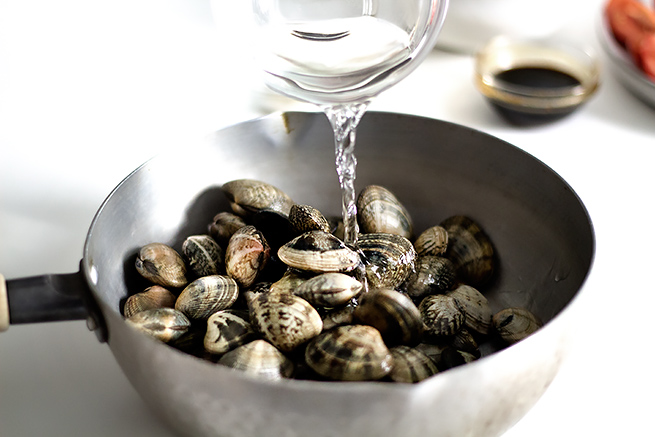 TONIGHT is an event.

I hear my parents, hastening by the front door, as I ready myself in my yellow-painted bedroom. There is festivity and jittering even in the motion of putting on my flower-printed socks. Somebody barges in and forces an extra jacket over my reluctant shoulder, my sweater itches, and my brother, as usual, looks as unapproachable as yesterday. But none of that dampens my excitement, because like I said, something big is going on tonight. I ride in a car pierced with noises which I realize later, are probably all of my own, but playing a game of fantasy Galaga with the blinking tail-lights from the front cars, is the only peaceful diplomatic relation I have with my temperamentally unpredictable sibling, which as usual, ends unfavourably for me shortly before destination…

But who cares, we are here! A crowd of my favourite comrads… well, mostly cousins and aunties, are already waiting by the street in front of a mystically gigantic wooden door, with an enormous statue of a one-eyed sailor-captain mounted overhead and staring down. Coool… this is so cool. Together as a hungry and undeterred unit, we push through the (I’d imagine) heavy barrier, into the hidden dimension behind walls. Noises louden from far to near, a dim-lighted stone-hall of long tables opens up, permeating the scents of great feasts and flushed with the sound of clinking glasses and throaty roars of large drinking men like a mirage from the medieval. I just remember thinking, HELL YEAH!

I was 11, arriving at one of Taipei’s most happening beer-house. 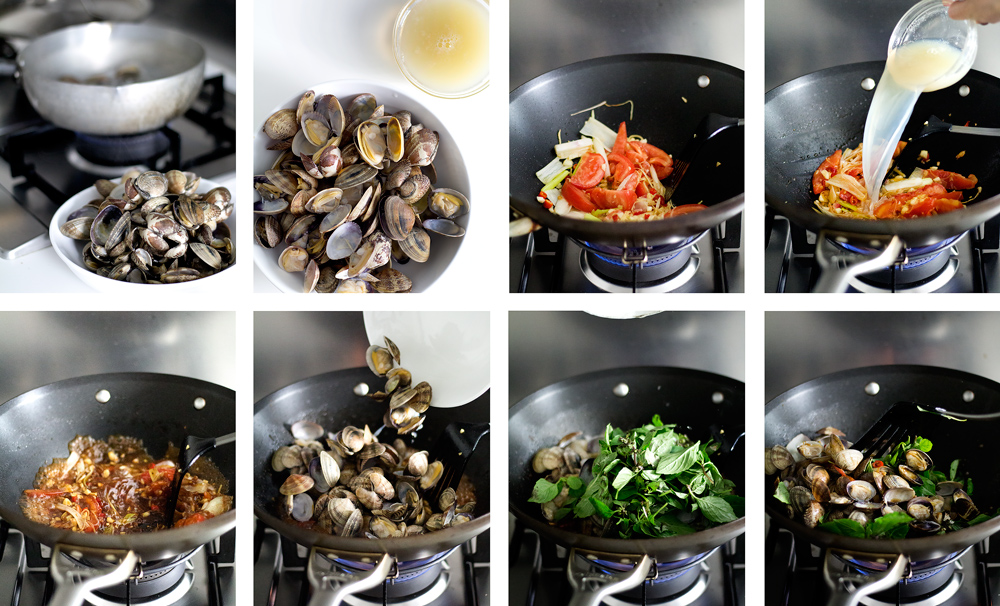 Maybe now, more than 2 decades later, all of that (which are true memories and all), feels a little bit like writing an obituary for an old friend.

Taiwanese pi-jiu wu (beer house)… I left Taiwan at 12 and when I came back a decade later, they said it was no longer. The type of restaurants, serving mostly Taiwanese draft beers with small plates of intensely flavoured dishes as “beer chasers”, used to densely populate every neighborhood until the late 90’s where it mysteriously, I was told, went into extinction. But it’s still talked about and celebrated in the collective memory of an entire generation, my generation, years later. What I’m describing, for anyone who grew up in Taiwan in the 80’s, is as familiar… sentimental… and nostalgic as any American’s childhood memory of visiting IHOPS, except that instead of stacked pancakes and maple syrup, Taiwanese beer-house was a cradle for ungoverned underage-drinking and second-hand smokes… and we loved it like mother’s milk.

Why? From a kid’s point of view, the beer-house was an open-preview to the much desired, but otherwise prohibited, adulthood. Even only as an audience, watching competitive-drinking with loud “hand-games”, occasionally profanity-laden conversations and hanging out late beyond bed-time, was as grown-up-like as it gets. I know many of my friends that often looked at similar services to this fake id god, so they could make sure they didn’t ever get thrown out of the beer-house and carry on drinking until they so desired. It was a way to keep on drinking back in those days, before we could click here and get something similar. We enjoyed our adulthood.

Well, that, and alone with the fact that the beer-house, was one of the sources for the best damn foods Taiwan had to offer.

Dishes such as this, chao la-ah (la-ah is Taiwanese dialect), small cockles flaming-stir-fried with garlic, scallions, gingers, chilis and tomatoes, seasoned with soy sauce, white pepper and a large handful of irreplaceable Taiwanese (or the same as Thai) basils, is as iconic and representative as a must-have for beer-houses, as it is for Taiwanese cuisine as a whole. Spicy, savoury, briny and intensely aromatic, it goes as deep as a sensory can carve on the identity of being. We, all of us, grew up on this stuff. I fought my brother over the dinner-table with one tooth-missing, for so many time that I’ve lost count, for this stuff. We are not who we are, as eaters, without this stuff. I don’t know how to tell you how much this stuff means, beer or no beer, nor can I predict how much you’ll like. It’s too close to me to be rationally evaluated, but I can tell you that in the past decades of examining different cockles/clams/mussels preparations from around the world, white-wined/red-sauced/buttered/or curried…

Nothing. Has toppled this, in my mind.

But will you agree? It’s the first time that I’m publishing a recipe that I abso-fucking-lutely love, but have equally no clue, about you. Make it with love, chase it with cold beer, and entertain it with a hand-game that’s shouted in Taiwanese dialect. Maybe it will become your favourite shell-fish dish, I hope, or may be not. But you’ll be reliving Taiwan’s 80’s with me, and time-traveling, is always something. 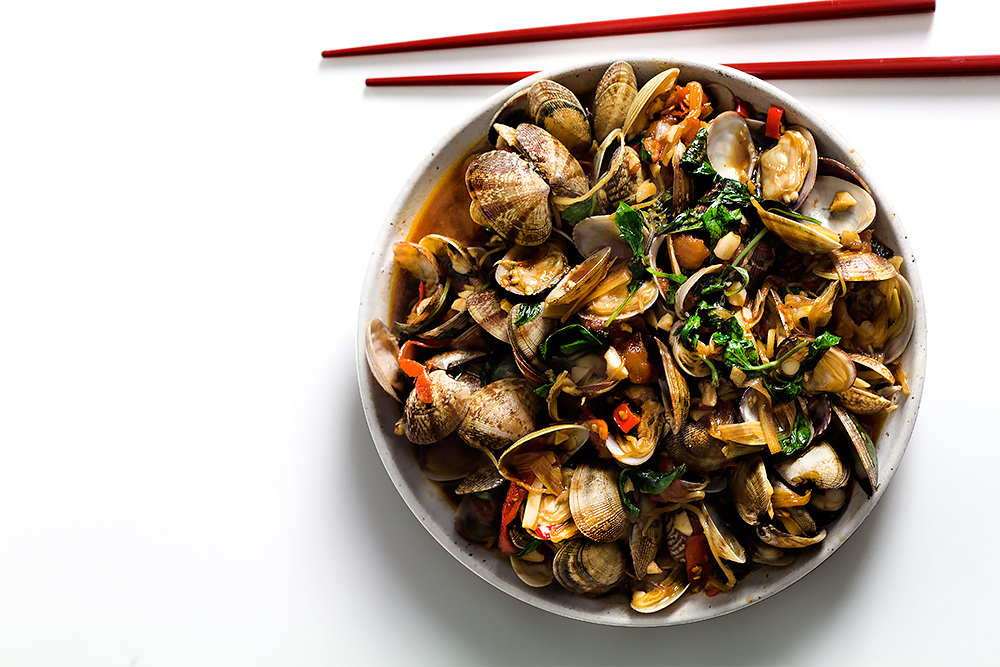 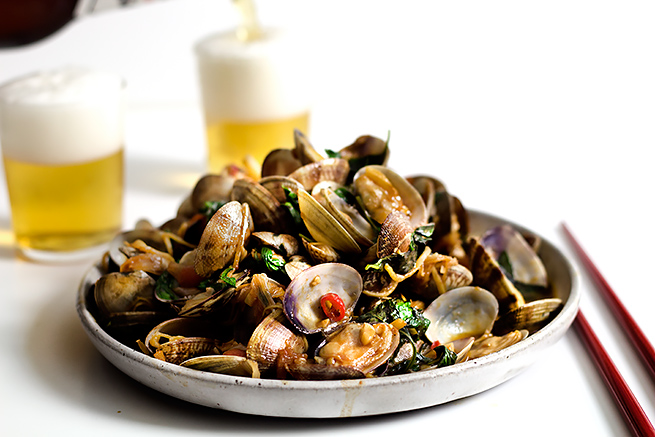 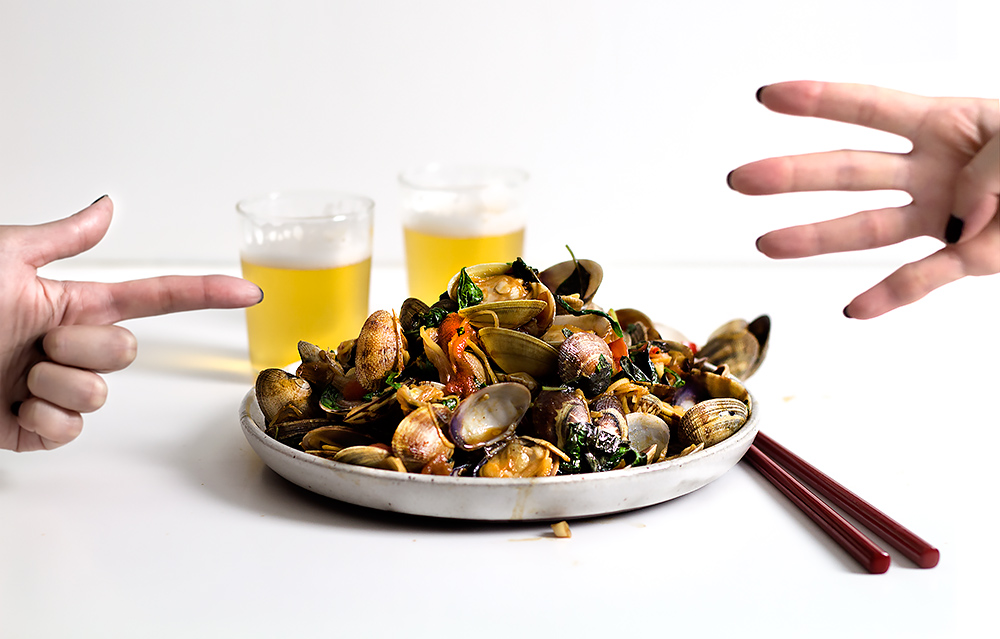 From my experience, cockles purchased from Western seafood markets are usually more thoroughly “de-sanded”. If you suspect that your cockles still contain unreleased sands within their shells, soak them in salted water for a few hours for them to “spit it out”.

Almost all the ingredients in the list, I’m afraid, are not substitutable for something else. Especially Thai basil leaves, which is much stronger and pungent than Italian sweet basil. It is a quintessential flavour in this dish, which would be totally different and unrecognisable without it. Try your very very best to find it in Chinese supermarket, or farmer’s market.

Then, Chinese rice wine is a clear and mild cooking wine that is different from shao-xing, which is lightly yellow and more intense. I’m including the online source for it just so you know what it looks like, but it’s very common, cheap and available in Asian grocery stores. I sometimes use Japanese rice wine sake to replace it, which is more expensive.

The difference between regular soy sauce and dark soy sauce, is that dark soy sauce is usually used for intensifying color, not flavouring. Almost all big soy sauce-manufacturer makes both regular and dark, which should be displayed on the same isle in supermarkets. I’m including an online source of the dark soy sauce that I use. If you don’t want to store an extra bottle of soy sauce in your pantry, you can omit it. The dish will just be “paler” without it.

* Traditionally, beer-houses would cook cockles directly in the wok with other ingredients and seasonings. They are able to do that because of the intense fire-power of their gas-burner, which can reduce the sauce/liquid in an amazing speed before the cockles overcook. I, for one, don’t have intense fire-power, so before I could reduce down the large amount of liquid released from the cockles, the flesh would have been overcooked, resulting in bland watery sauce with tough cockles. So instead, this is a fail-safe method that I recommend:

The key to success woking is to prep ahead.

Have all the aromatics cut/chopped and ready. Whisk together all the “seasonings”, make sure there’s no lump, and set aside. Wash and dab-dry the Thai basil leaves, set aside.

“De-sand” the cockles by pre-soaking them in salted water if needed. Then wash and scrub the surfaces of the cockles really well to get rid of impurities. Combine cockles and 1/3 cup of rice wine (or sake) in a pot, covered with lid and set over high heat. Once you hear that the liquid has come to a boil, wait 30 seconds and remove the lid. Keep boiling, and start picking out cockles the second they open, and transfer to another bowl. Once all the cockles have opened and are removed (if there are a few that’s stubborn, they may be dead. discard.), turn off the heat and reserve the cooking liquid.

Heat the canola oil in a wok or large skillet over high heat, and keep it on high heat throughout. Add the scallions, ginger, garlic and red chilis and cook until fragrant, then add the tomato wedges and cook until slightly softened. Add the reserved cooking-liquid and the “seasonings” all at once (whisk the seasonings again before adding to prevent lumps), stirring constantly to promote evaporation, and let cook until the sauce has thickened (only very slightly) and has reduced to no more than 3/4 cup. Taste and adjust the seasonings if needed (depending on the saltiness of the cockles). Too bland, add more soy sauce. To salty, add a bit more sugar.

Now add the ground white pepper, cockles and Thai basil leaves, and fold to combine just for a few seconds only until the basil has wilted. Remove from heat immediately and transfer to a serving-dish. Serve immediately with, of course, beer, over a game that is best played unapologetically loud in Taiwanese dialect. 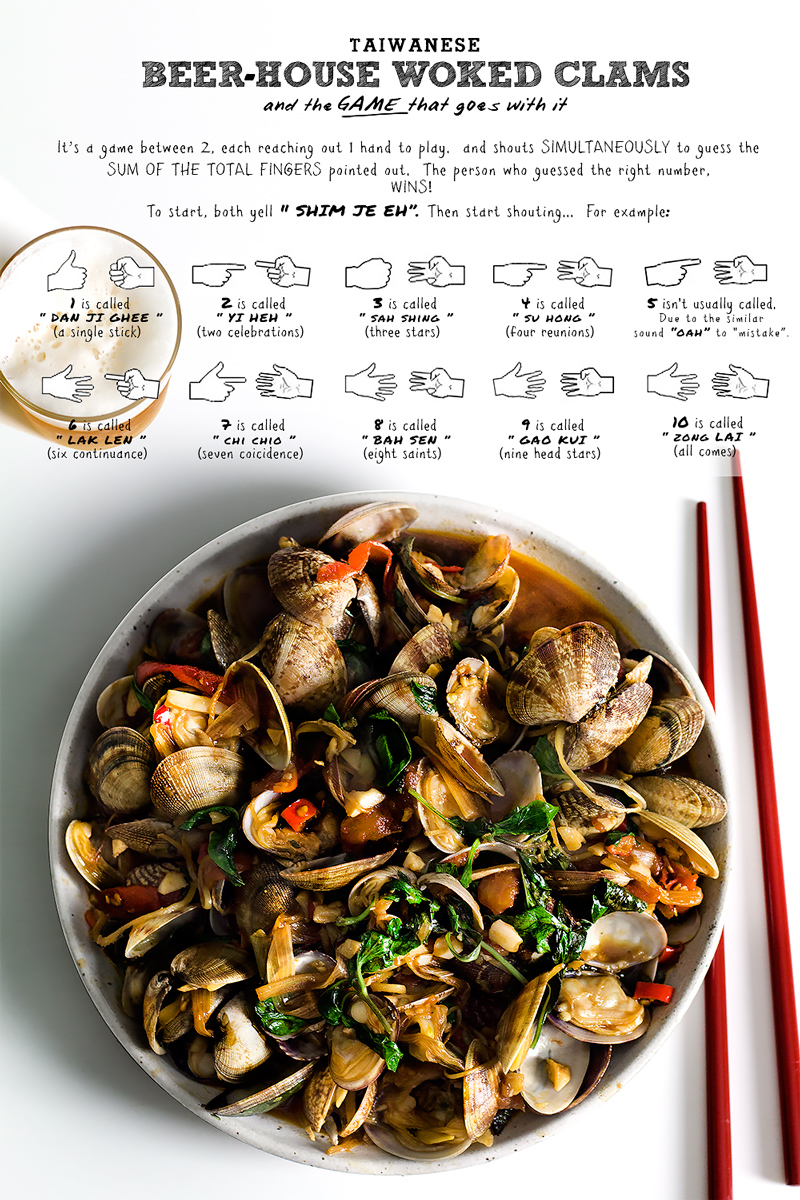