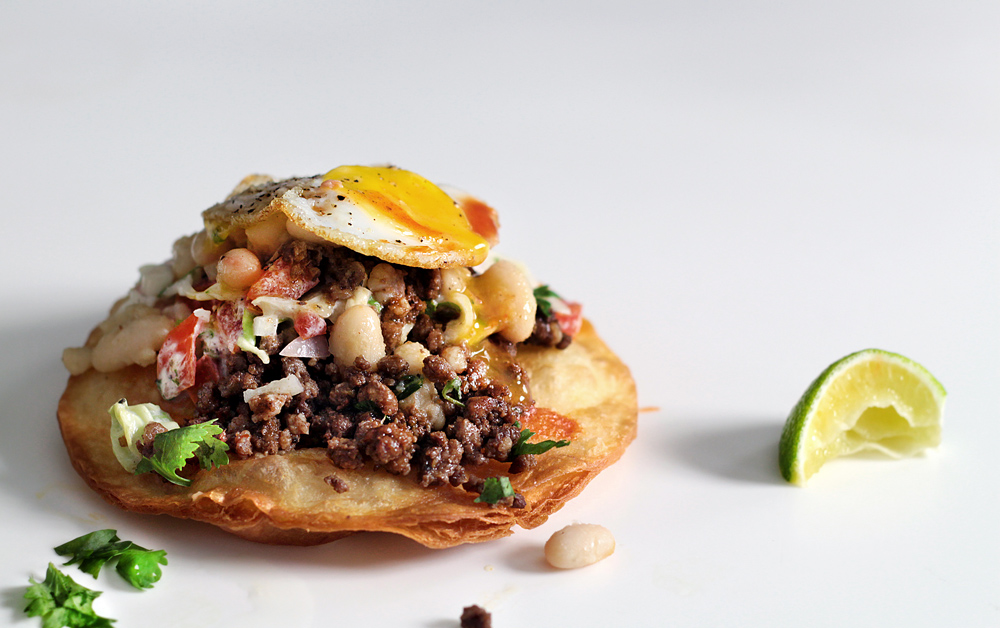 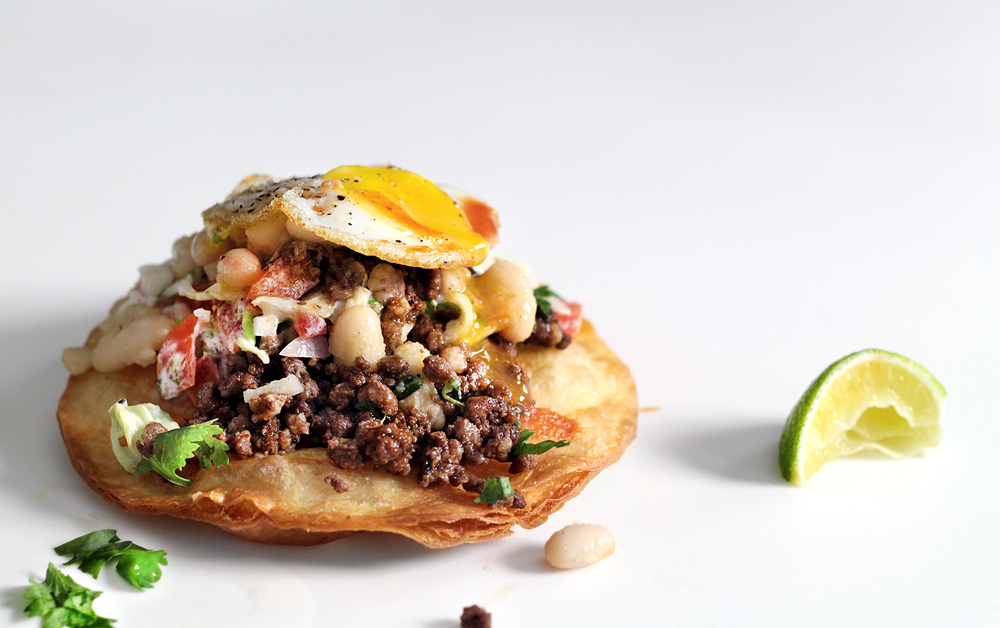 I have never been to Mexico.

To clarify further, I have never even been close to any of the states next to Mexico except maybe LA, which I’m not even going to use as my pathetic credentials on real Mexican cooking which is to say, zero to none.  I’ve heard that Taco Bell is about as close to real Mexican food as fortune cookies are to being Chinese.  I’ve also heard that they don’t actually “nacho” much over there.  Aside from that, Mexican food has remained quite a romantic mystery.

But even though I don’t know enough to say what’s Mexican food, whatever it is, that tasteless borderline-inedible crap we were served with the other day near Beijing’s embassy area, was definitely not it.  Given that it was a very hot day hence we weren’t feeling particular choosey, we thought those more-than-a-handful patrons who were present during off-meal hours were a good indicator that the restaurant at least serves human food.  WROOONG!  I mean seriously, seriously, how inhumanly difficult is it to serve passable tacos to someone who’s never had a real taco!  Not so freaking hard is it?  Why!?

We left the place feeling psychologically hungry.  The trauma only left me wanting more of what I’ve never had – dainty Mexican tacos good enough to fool myself.  Then before long, my discontent took my memory back to a cookbook I’ve owned forever but never cooked from – Off the Menu: Staff Meals from America’s Top Restaurants, which features A.O.C in LA and a recipe for their tostadas-tuesday.  OK, the critically acclaimed restaurant is not Mexican, and tostadas are not tacos but more like tacos with fried tortillas.  Do I have problem with any of that?  I mean do you?

Since this is starting to look like someone with no Mexican cooking experience, starting off from a recipe by a non-Mexican restaurant, I thought it won’t hurt much more to impose further ungrounded twists.  A.O.C’s recipe sauté the ground beef with aromatics and spices, but I want it to be more “Mexican-y”… whatever that is.  So I made a puree with soften dried chilis, onions, garlic and thyme, and a spice-mixture that includes something I’ve never used before in savoury dishes – unsweetened cocoa power.

MY CREDENTIALS TO MEXICAN COOKING… ZERO TO NONE

I know that chocolates are commonly used in Mexican cooking, but I’m not sure about cocoa powder… and I was scared.  In the beginning, my faithless self added a fearful 1/4 tsp of it to the skillet and I could feel Mexican spits on my face… but then I got bolder.  1/4 tsp became 1/2 tsp… then 3/4 tsp… then before I realized, I’ve added a total of 1 1/4 tsp of unsweetened cocoa powder to the ground beef mixture and it tasted awesome!  Not really chocolate-y.  In fact, you won’t be able to tell at all, but just a deepened, warmed up and rounded flavour that tasted delicious.

And then I made a slaw… a sour cream slaw.  I mean is slaw even a “thing” in Mexico?  No idea.  But a thick and creamy cabbage slaw with diced tomatoes, onions, cilantros and green chili felt, even unauthentically so, a heavenly fairing to the saltiness and richness of the beef.  Then oh god blasphemy… I used canned beans.  Canned beans that are reprocessed in olive oil and chicken stock, flavoured with onion powder and thyme.  Stone me to death.  But before you do that, this wasn’t the end of it.  You should also know that I topped the whole thing off with runny fried quail eggs.  They… they got quails in Mexico don’t they?

Well, what I can assure you is that these little disk-y snacks are recklessly, irreversibly, horrifyingly NOT Mexican at all… I think.

But they are guaranteed to be wrongly… disrespectfully delicious and satisfying. 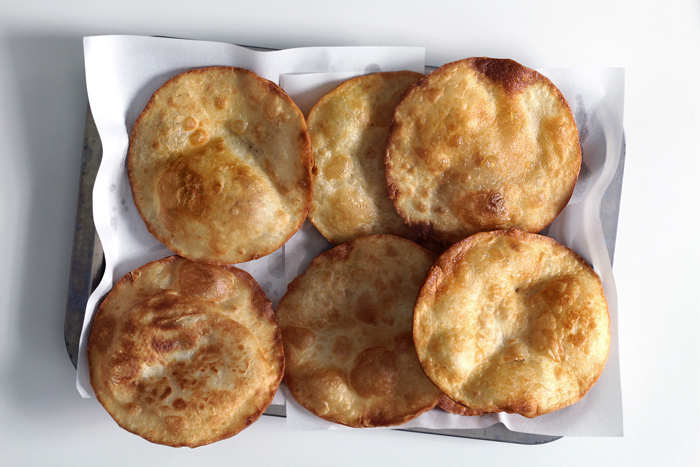 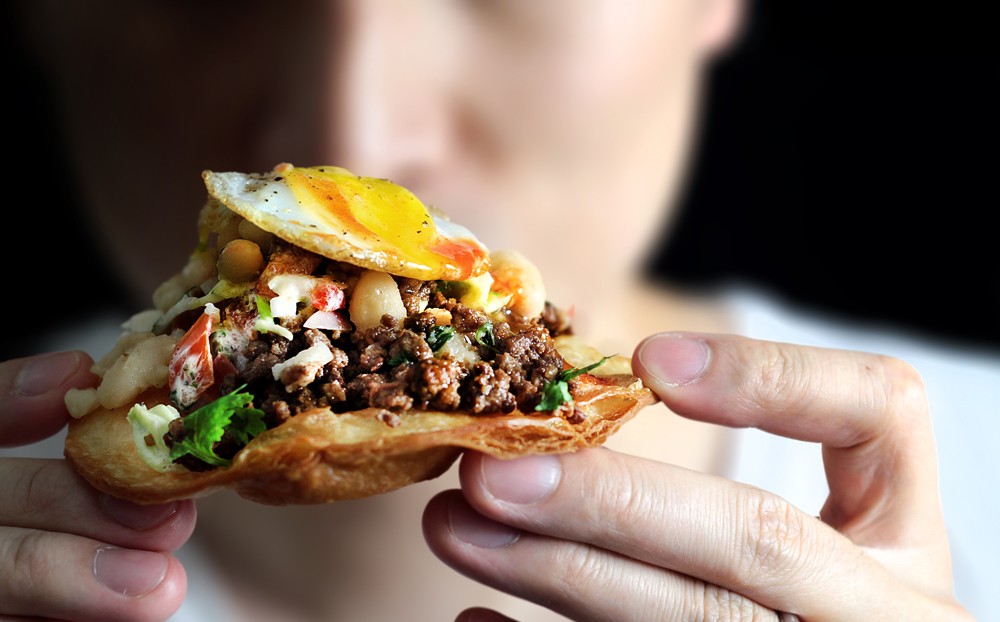 I know you probably want to beat me with a stick when you see an “easy” recipe with an ingredient-list this long.  Trust me, long list does not equal complicated.  Even though I’m tempted to lie to you that the toppings would work equally well on a non-fried tortilla just to save your some time (you know, it’d a taco)… I can’t.  That would be like trying to convince myself that Doritos would taste totally the same if aren’t fried…  But I can tell you this,  if you are absolutely terrified of frying, there’s nothing easier in this world to fry… than tortillas!  Each takes only about 1 min without any splattering whatsoever.  You won’t regret it.

This is obviously NOT a real mole.  I wanted a drier, less saucy version so it doesn’t wet the tostadas.  I can’t get ancho chili here so I replaced it with Chinese dried red chili, which has more heat but lacks smokiness.  Then I replaced chocolate with unsweetened coco powder for that depth of flavour.  The dish will not taste like chocolate, but with just a punch of warmth and richness. 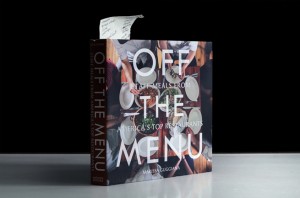 Ingredients: roughly based on Off The Menu Cookbook

To make the mole-d beef:  (If using small dried chili, cut the stems off of the chili and shake out the seeds) Soak the ancho chili/or small dried chili with enough hot water to cover until soft (microwave on high for 1 min will do it).  Add the soften chili along with 2 tbsp of the soaking water, and tequila, onion, garlic and thyme in a blender and blend until pureed.  Set aside.  Mix Mexican chili powder, unsweetened coco powder, paprika, ground cumin and ground coriander in a small bowl, set aside.  Heat olive oil and unsalted butter in a large skillet over high heat.

Cook the ground beef with 1 1/4 tsp of sea salt and 1/2 tsp of freshly ground black pepper until nicely browned (if water starts to emit from the beef in the beginning which prevents proper browning, just continue to cook until all liquid has evaporated).  Once browned, add the spice-mixture and cook until fragrant, then add the chili-puree.  Scrape off any browned-bits on the skillet and cook until most of the moisture has evaporated, just a few min.

Transfer to a container and set aside until needed.  Can be made the day before and reheat before serving.

To make the reprocessed beans:  Drain the beans thoroughly into a large sieve, then rinse off any excess starch with water, drain again and set aside.  Heat olive oil, chicken stock, thyme leaves, onion powder and black pepper in a skillet until warm.  Add the beans and cook for a couple min until most liquid has evaporated.  Set aside until needed.  Can be done the day before and reheat before serving.

To make the sour cream cabbage slaw:  Nothing worse than watery slaws, so we’re gonna drain the liquid out of the vegetables first.

Cut the tomatoes in half and squeeze out any excess juice from the center, then finely dice them.  Thoroughly mix the diced tomatoes, finely shredded cabbage, minced shallots, chopped cilantro and mined green chili (or jalapeño) with 1 1/4 tsp of salt and 2 tbsp of lime juice.  Let sit for 20 to 25 min then squeeze out excess liquid out of the vegetables with your hands and transfer them to another bowl.  Discard the liquid.  Mix the vegetables with sour cream and freshly ground black pepper until evenly coated.  This is something you should make right before serving.

To cook the quail eggs:  Heat 2 tbsp of oil in a non-stick skillet over medium-high heat.  Crack the quail eggs into a small dish then slide into the skillet (quail egg-shells tend to shatter more easily).  Cook on one side only just until the egg-whites are set, with the yolk still runny.  Season lightly with salt and pepper, and set aside on a plate.

To fry the tortillas:  Add enough canola oil in a pot until it reaches 1 1/2″ (4 cm) deep.  Heat over medium-high heat until a wooden chopstick bubbles up along the edges in the oil.  Fry the tortilla, one by one (unless you have an enormous pot), until puffed and golden browned on both side, adjusting the temperature of the oil as you go.  Each tortilla should only take 1 to fry.

Drain them on paper-towels and serve immediately. 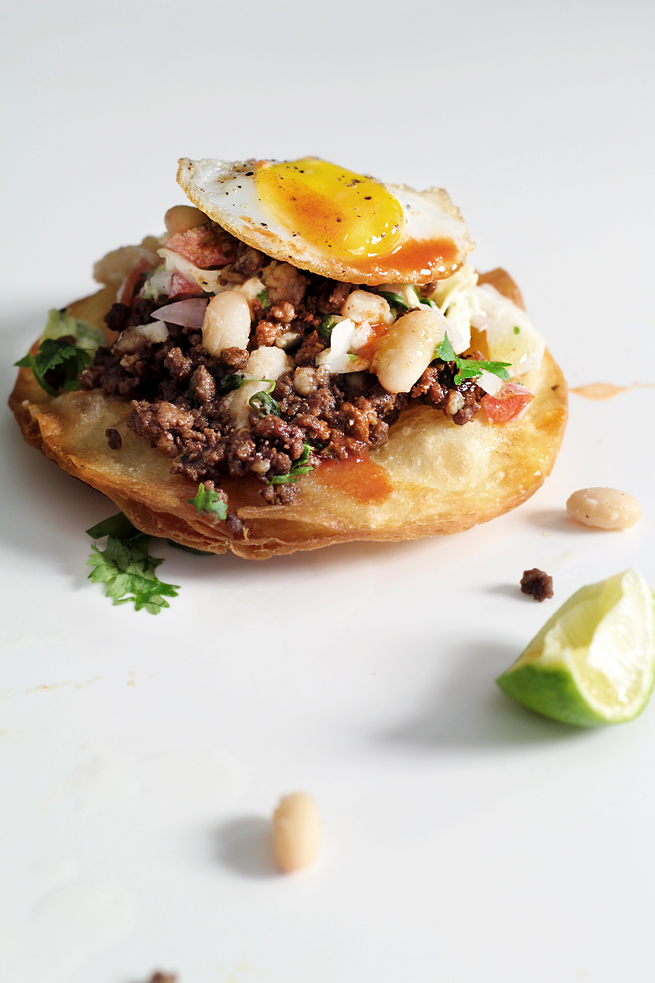 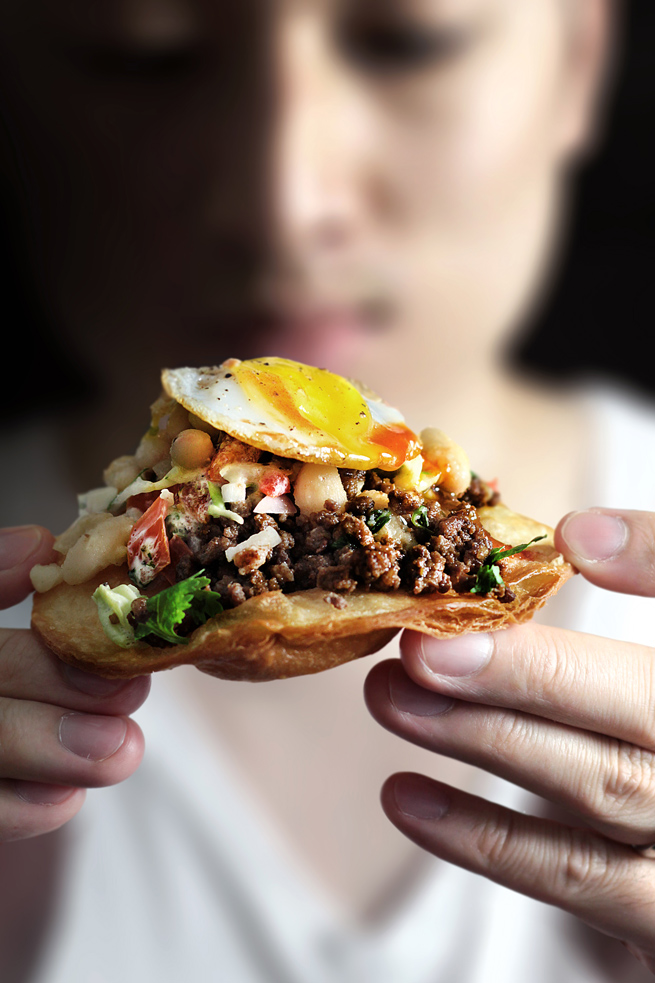