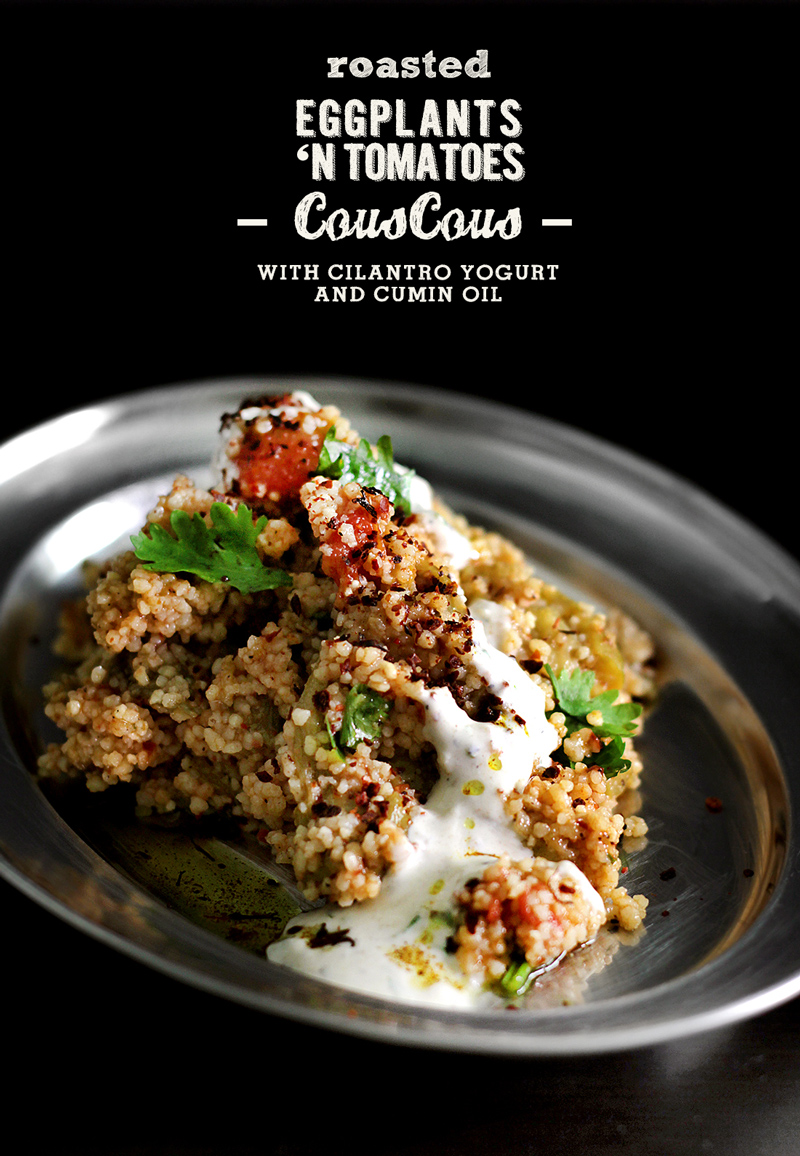 August 1, 2013 In All recipes, Noodle/Pasta/Rice, Vegatables 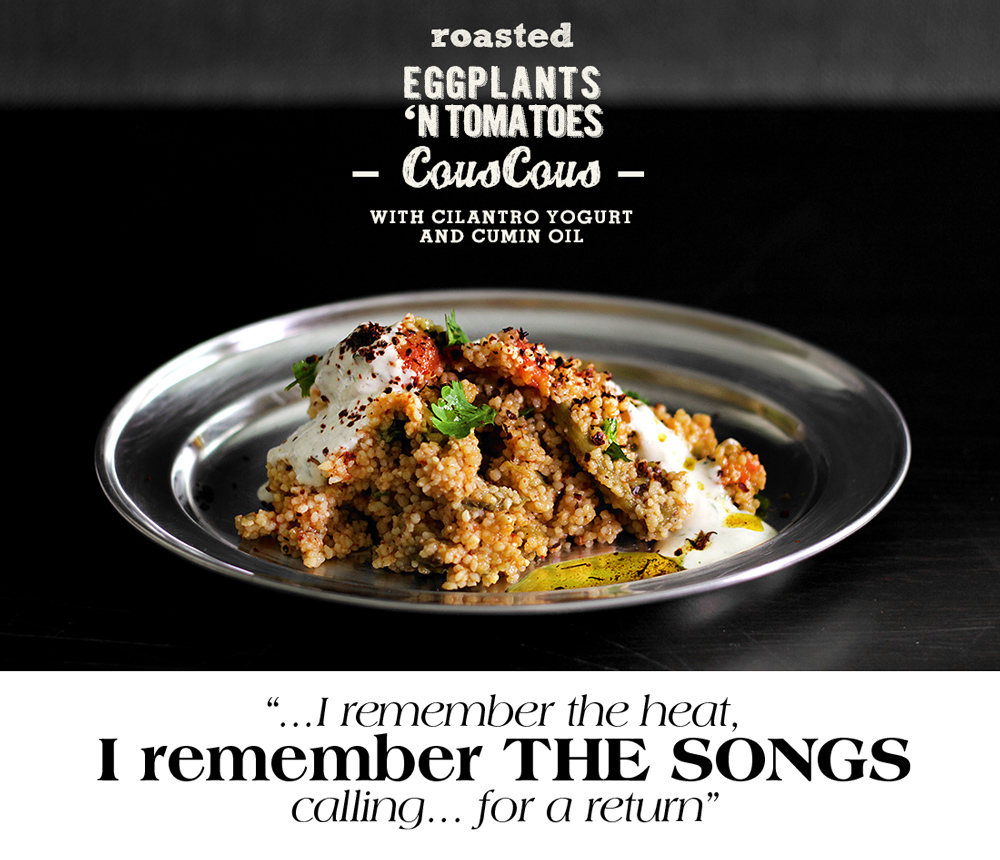 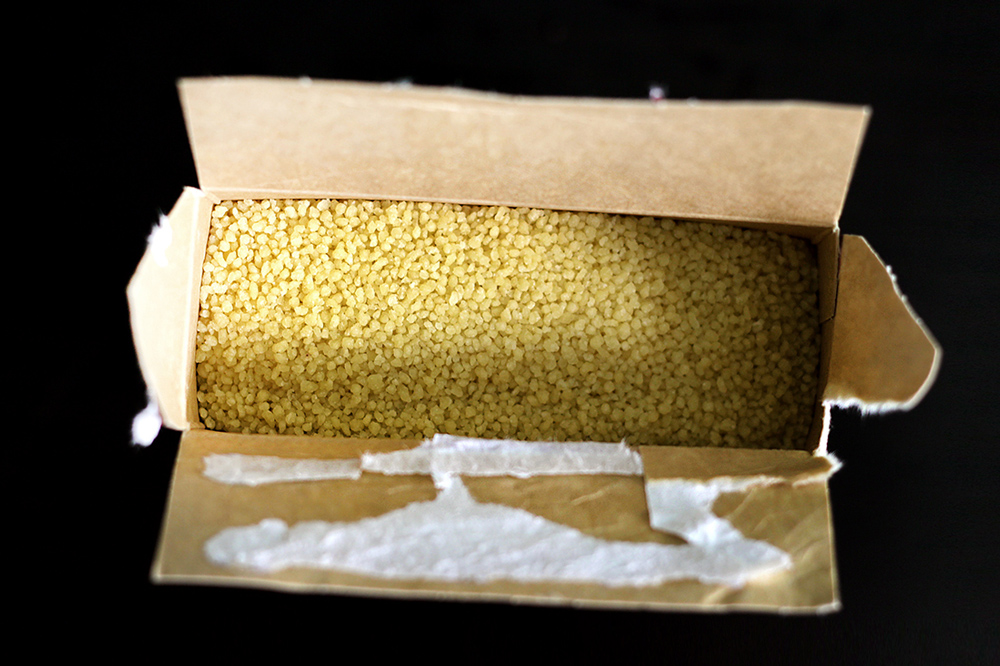 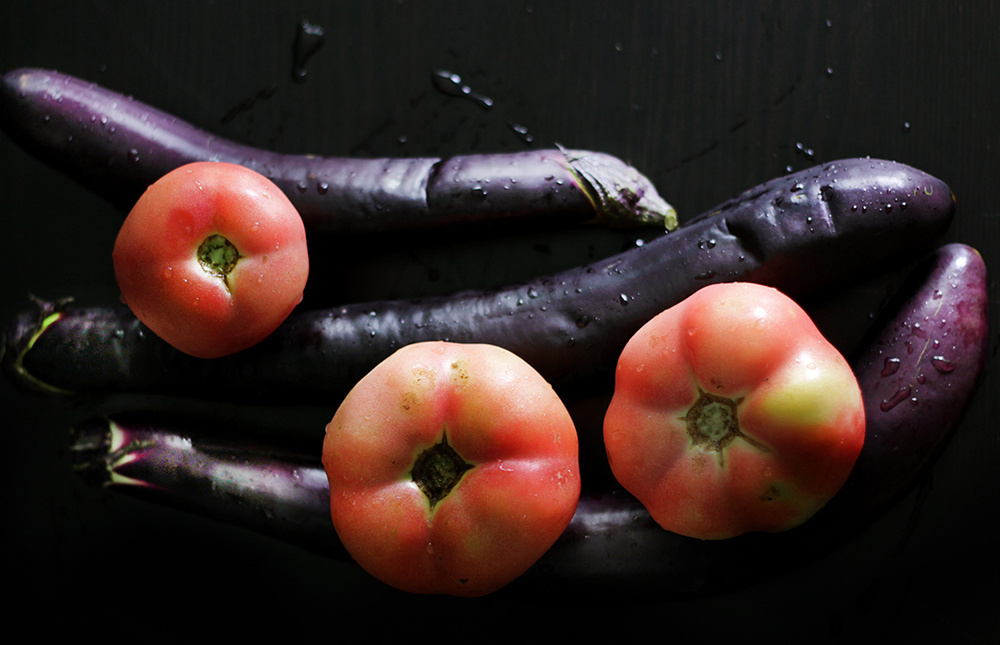 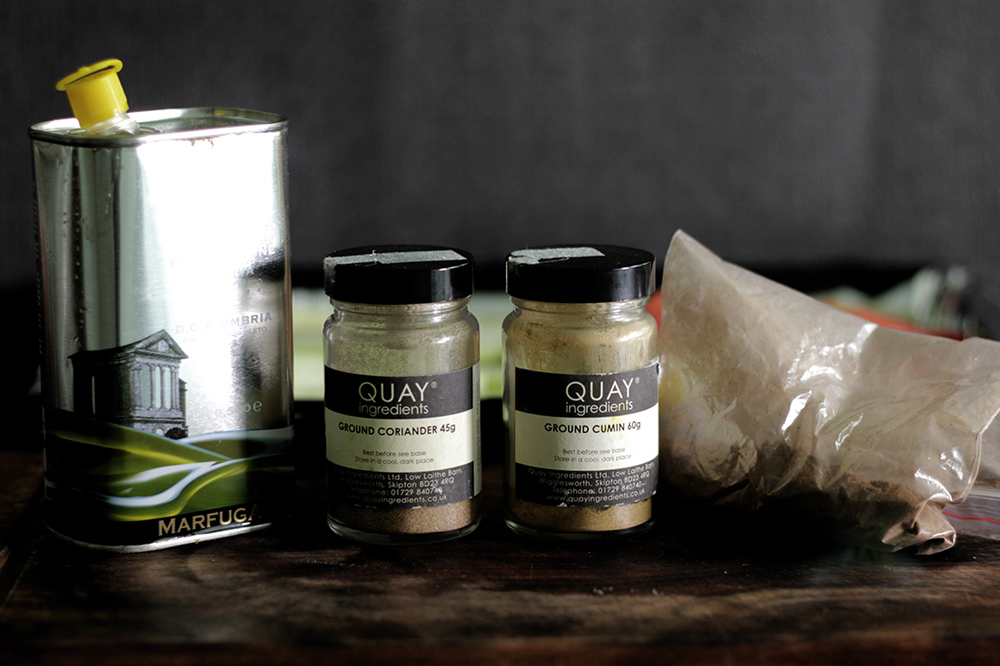 All that had changed… none, during a 10 days trip to Istanbul around 3 summers ago.  As it always has been, we went there for our culinary faith in Middle-Eastern foods deeply rooted from New York’s 53th and 6th, a rather holy site to its devoted followers, and received valuable teachings that expanded our horizons on this profound regional flavours.  We paid homage to an ungodly amount of kebabs, seafoods, meze, lahmacun (Turkish pizza), desserts, pastries, ice creams… and then repeated, again, and then again, and then until the last minute before leaving when we finally decided our appetite was thoroughly blessed, we wobbled in a circle or two in Hagia Sophia to pass time before flight.  It did the job okay. 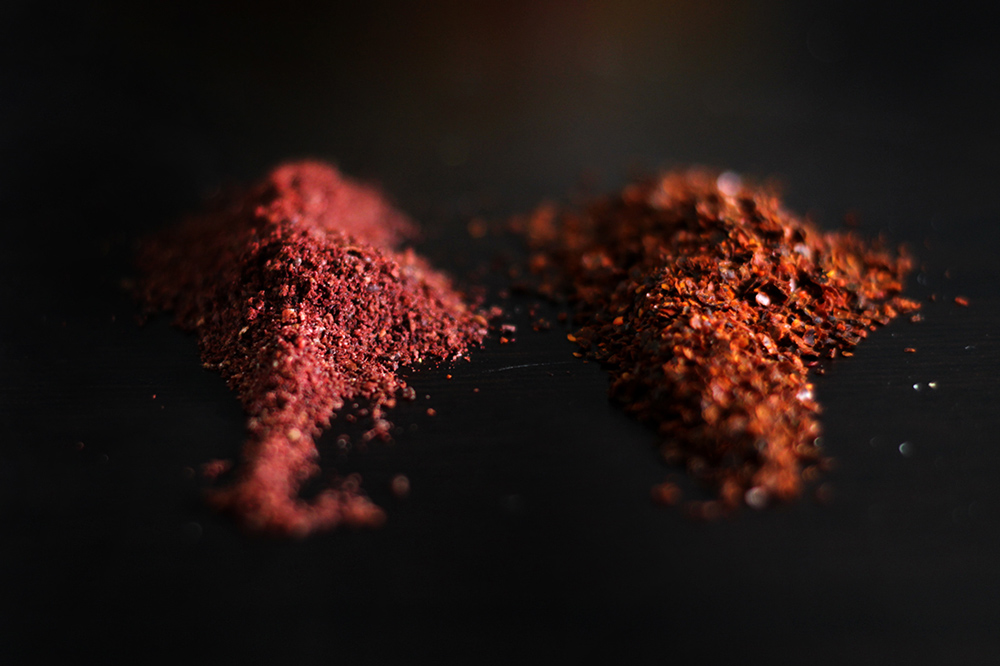 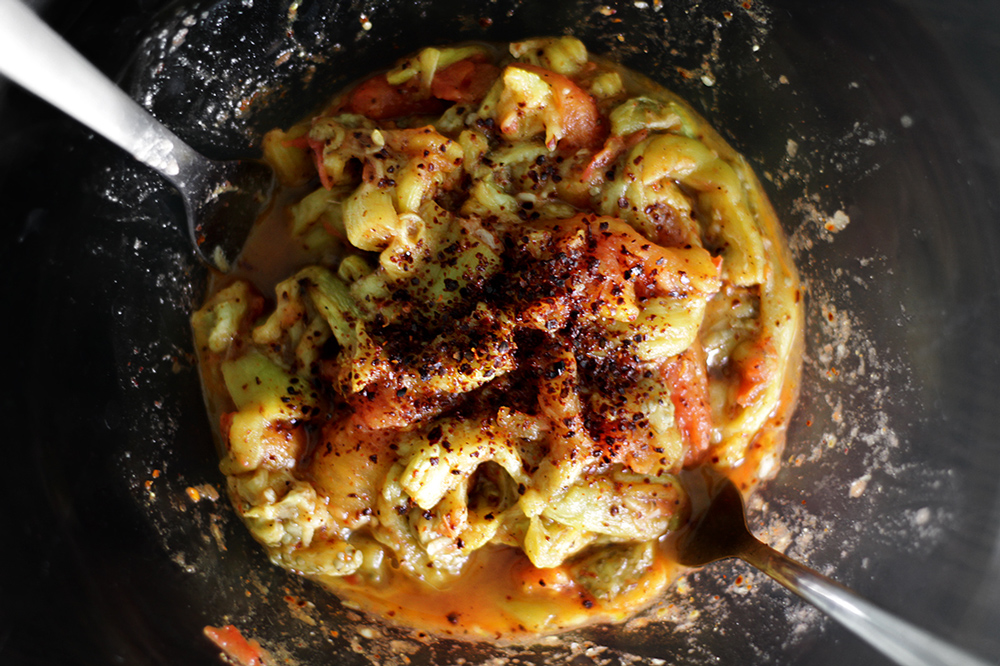 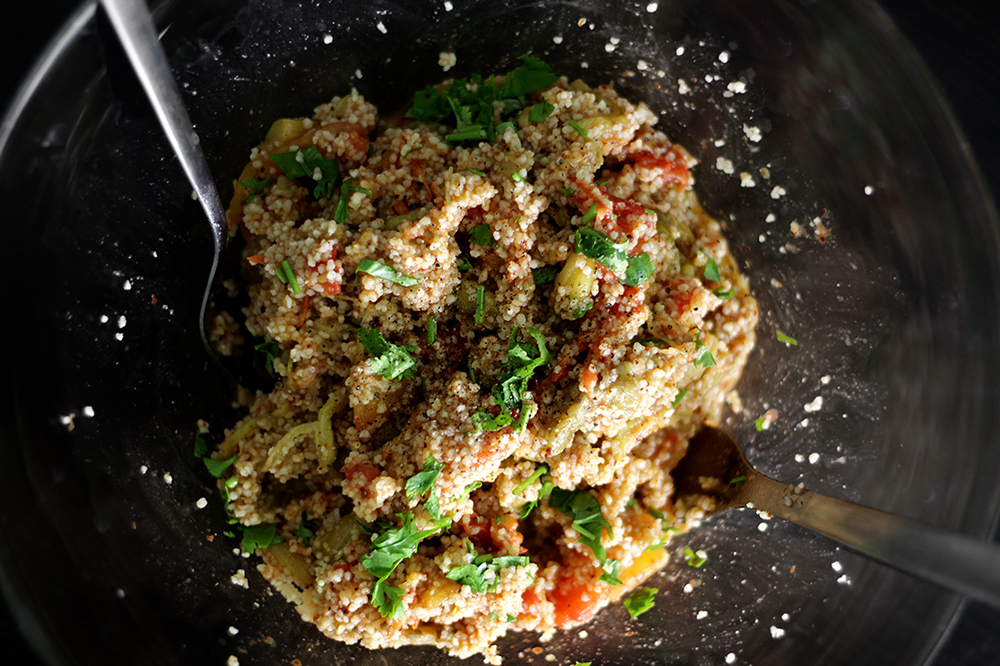 The difference in my remembrance of Istanbul from the others came in the aftermath.  Every time I return from a trip, I always try to remake a dish or two that followed me home, like laksa from Malaysia, pizza bianca from Rome, chicken rice inspired by Bali, green curry pesto from Thailand.  But in addition to recalling just the pure sense of taste, every time I make a Turkish-inspired dish such as meatballs in white bean puree or this, my favorite side-dish of roasted eggplants and tomatoes that I turned into a heartier meal by adding couscous (the couscous then soaks up all the juice from the vegetables and mm!), I recall the entire spiritual essence of the city.  As if what didn’t imprint firmly in physical experience is now reinforced through tastes long afterward.  I feel more, about that week of summer filled with a minarets defined skyline, and instances when my entire surrounding resonated in unified songs calling for something foreign.

Not saying that I’ll eat that spiritual babble now, but couldn’t hurt if it seasons the foods and makes it taste more enriched.  If you’ve also spent a summery week in Istanbul, maybe you too remember the heat, and remember those songs, calling for a return.  And if not for a week in summer, a meal will do just fine now. 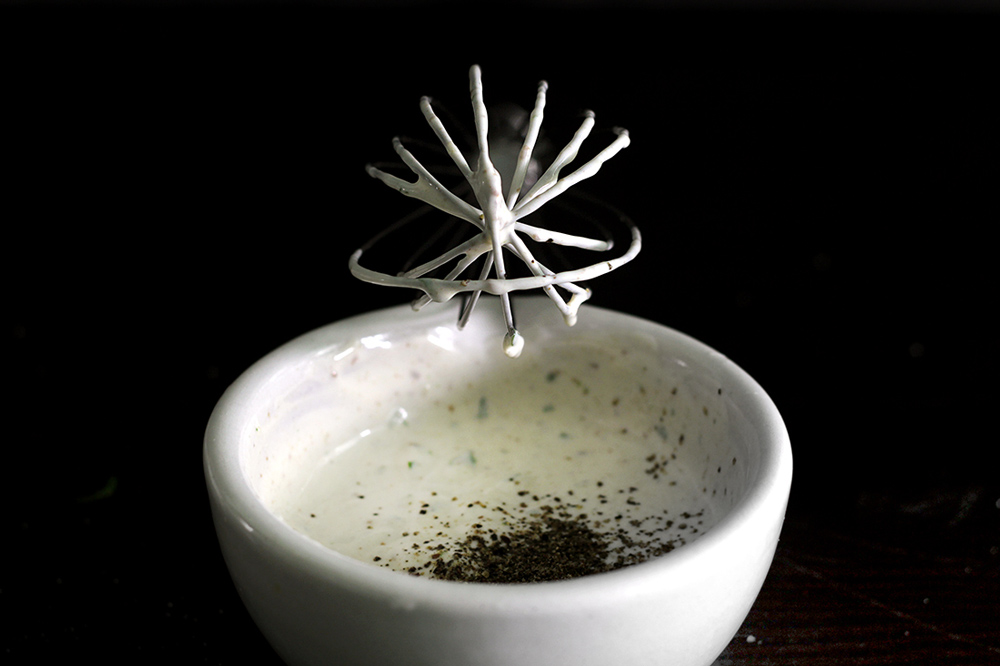 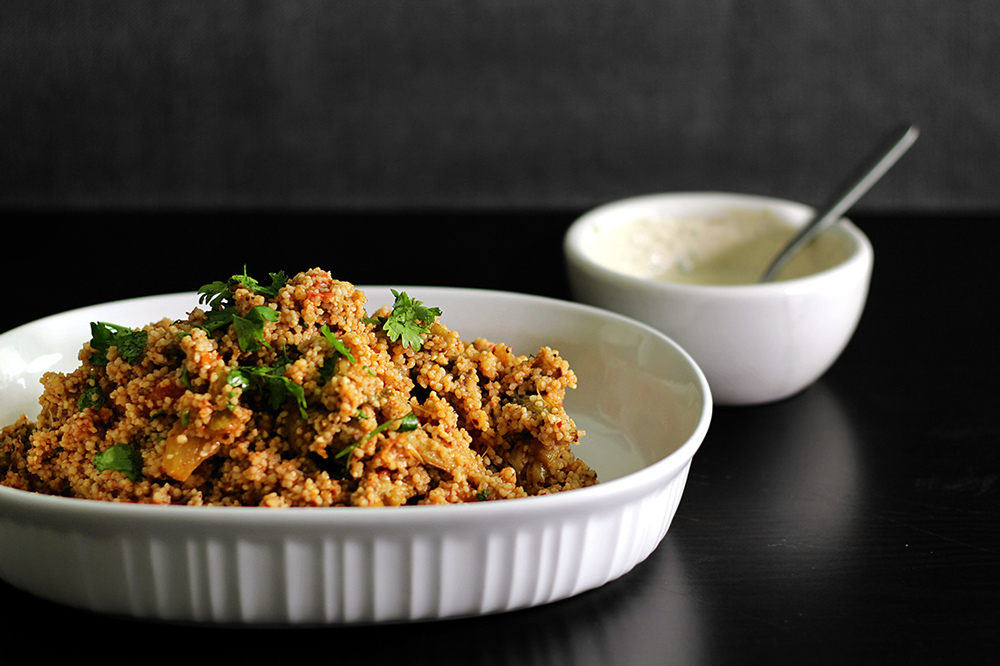 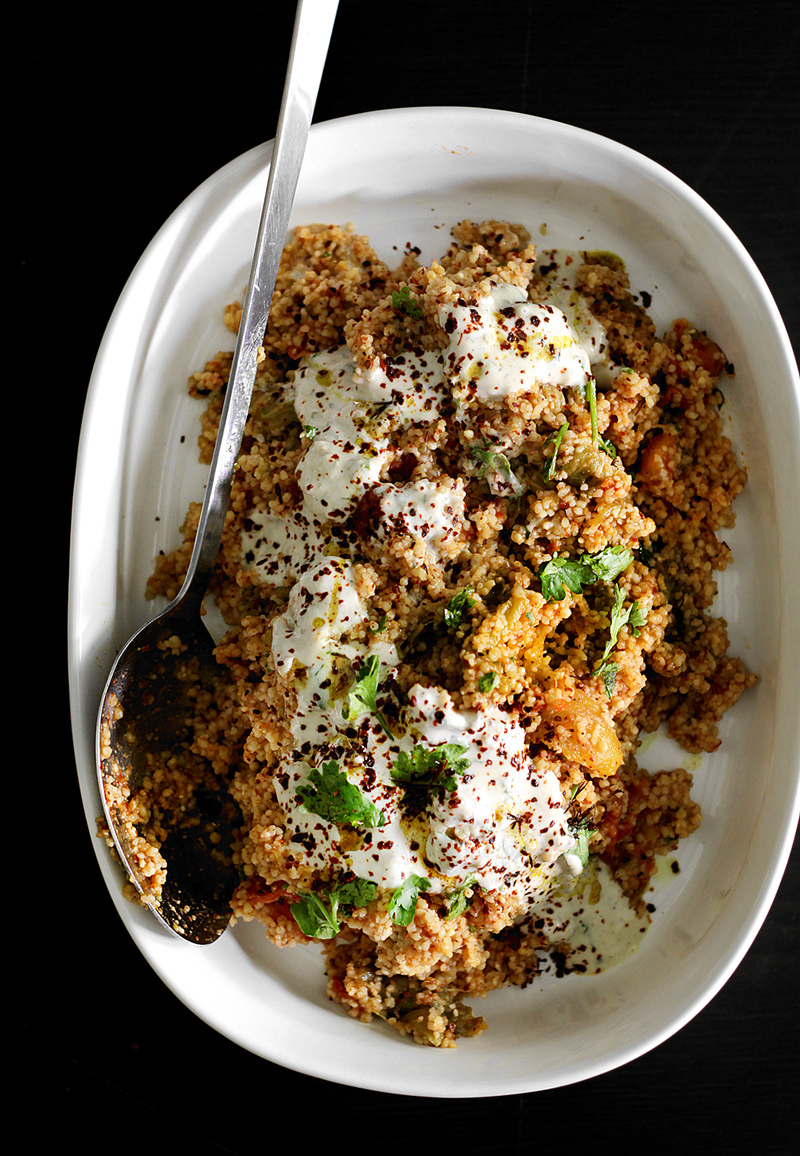 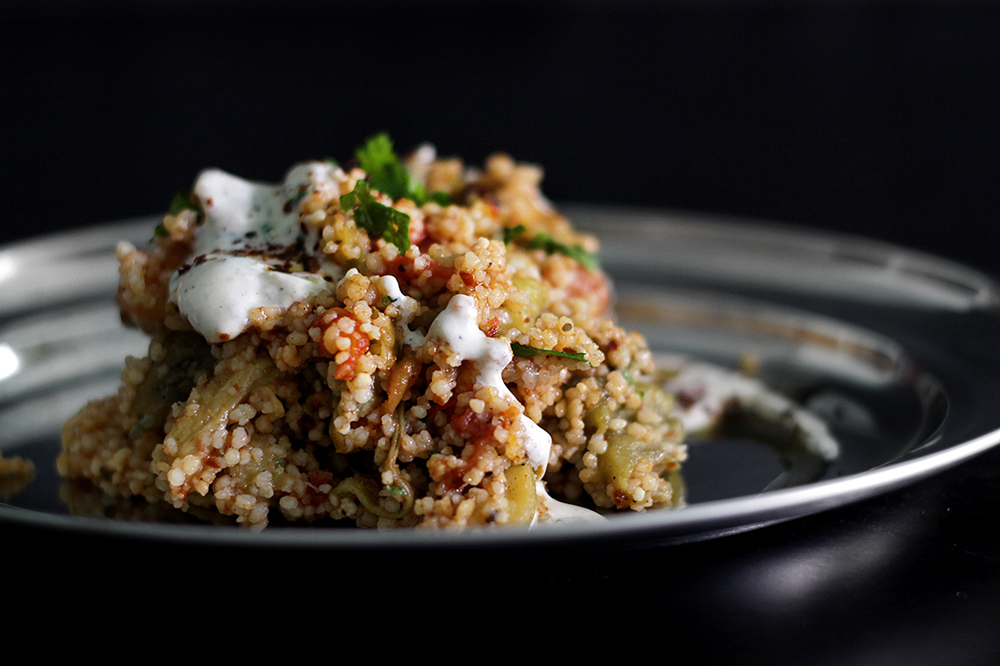 Sumac is a common spice in Turkey that adds a bit of tartness to dishes like salads, rices or even sprinkled on top of their pizzas.  Aleppo chili flakes, compared to regular chili flakes, are much darker and smokier in taste with a slight saltiness and milder spiciness-level.  Things are so easily purchasable online these days that I’m sure you wouldn’t have trouble getting your hands on some, but if you have absolutely no access to these things, you can replace sumac with a little squeeze of lemon juice, and Aleppo with regular chili flakes in lesser quantity (or perhaps try Mexican chili variety).

The ratio between couscous and its cooking/soaking liquid is usually 1:1 by volume (1 cup of couscous needs 1 cup of stock/liquid).  But one thing to pay attention to when cooking couscous for this dish, is that the couscous needs to further absorb the juice released from the eggplants and tomatoes, therefore it will need LESS soaking-liquid then usual.

Meanwhile, heat up 3/4 cup of chicken stock on the stove until simmering gently.  Mix together couscous, unsalted butter, salt and black pepper in a bowl, then pour the chicken stock over the couscous.  Cover with a plastic wrap or a larger plate, and let it sit for 5 min.  Afterward, remove the plastic wrap/plate, and fluff the couscous with a fork until no large lumps remain.  Set aside.

Remove the baking sheet from the oven and transfer the eggplants and tomatoes into a large bowl.  Peel off the skins from the tomato (should be very easy) and discard the skin.  Add the grated garlic (do this while the vegetables are still hot), then tear apart the eggplants and tomatoes with two forks, into small pieces.  Then add chopped cilantro, chili flakes and sumac, salt and black pepper to taste.  You should have quite a bit of liquid released from the vegetables.  Add the couscous and mix evenly.  Let the dish sit for at least 1 hour before serving.

To make the cumin oil:  In a small sauce pot, add extra virgin olive oil, ground cumin and ground turmeric.  Heat over medium heat until sizzling slightly and fragrant.  Set aside until needed.