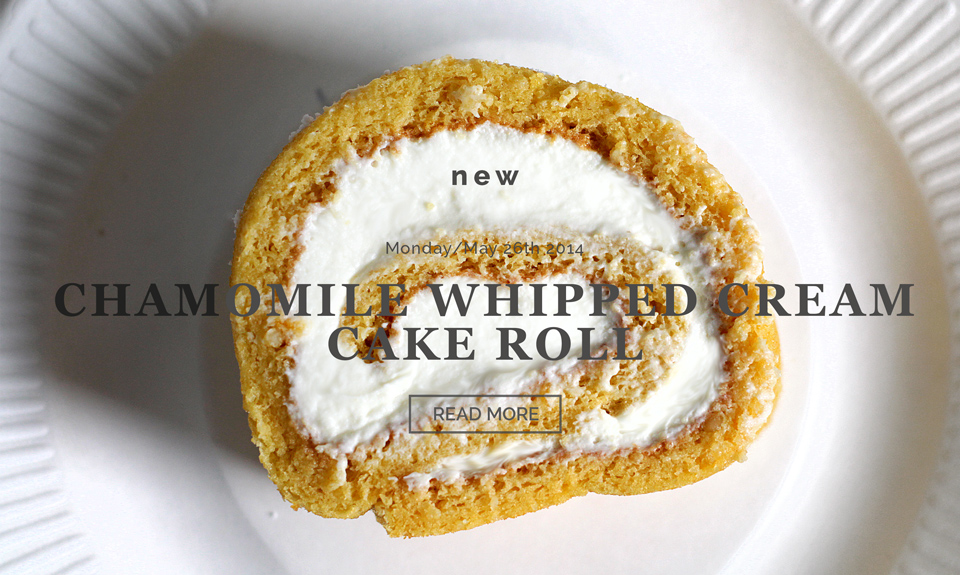 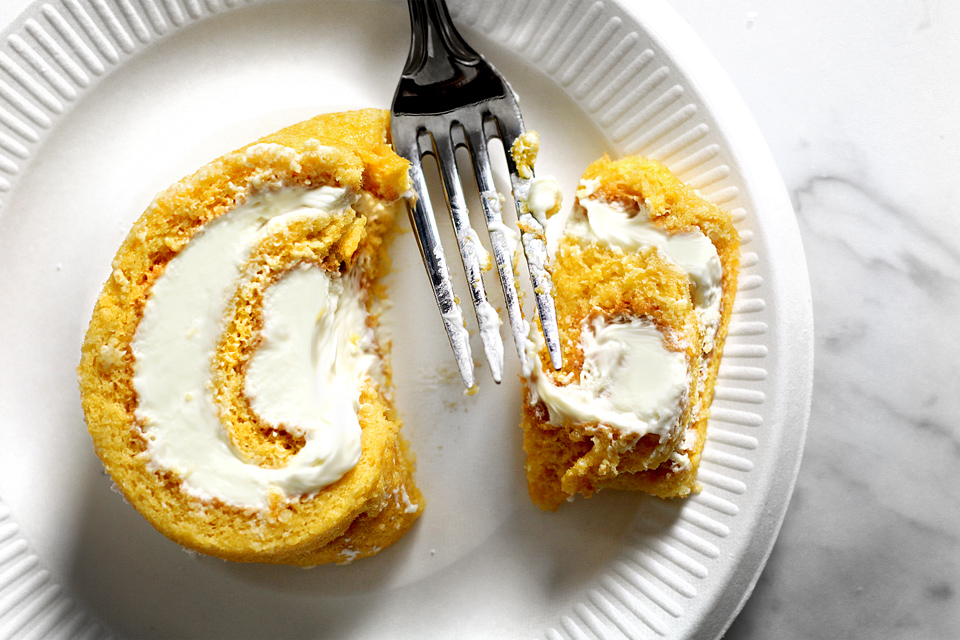 UPON the realization that the previous few posts have been excruciatingly long and possibly obnoxious, I feel like today is a good day… to let the recipe speak for itself. And what’s better than to do it with a simple gorgeous cake? This is a soft, sweet and elegantly fragrant yellow sponge cake-roll hinted with almond flour, and filled with chamomile infused whipped cream. Lost for words? I know I am. This recipe took a lot of perfecting over time to get it as moist and flavorful as it is. I had to change the cake mix because it wasn’t as moist as I like cakes to be which was simple enough but don’t get me started on the whipped cream! I didn’t want the chamomile to be too overpowering so I made about 10 different batches of cream to see which was the best – my arm was so sore at the end. In the future, I’m just going to look for the best Whipped Cream chargers in Australia to save myself a lot of time and effort, the next time I do recipe development for a dessert like this! 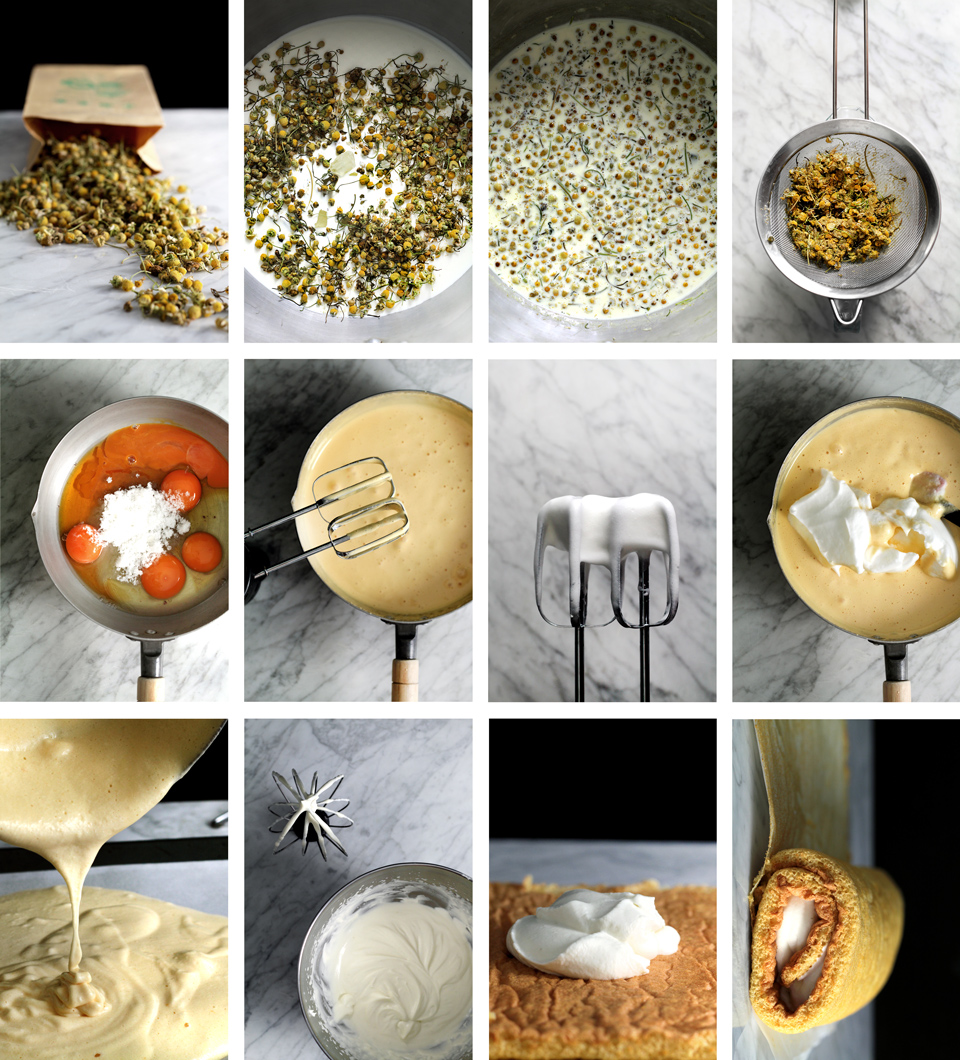 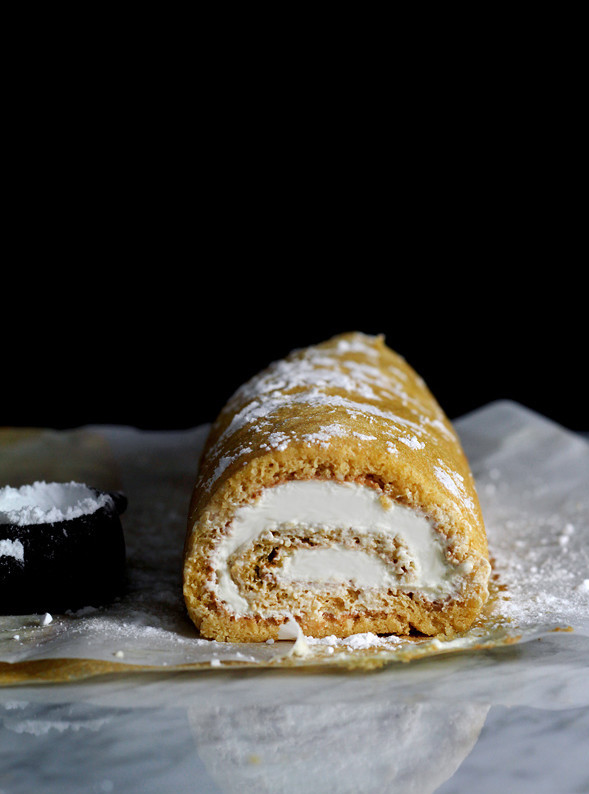 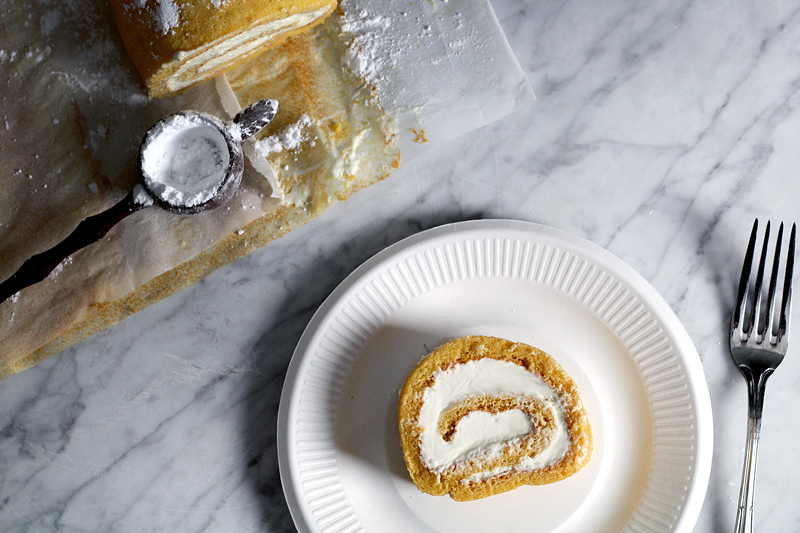 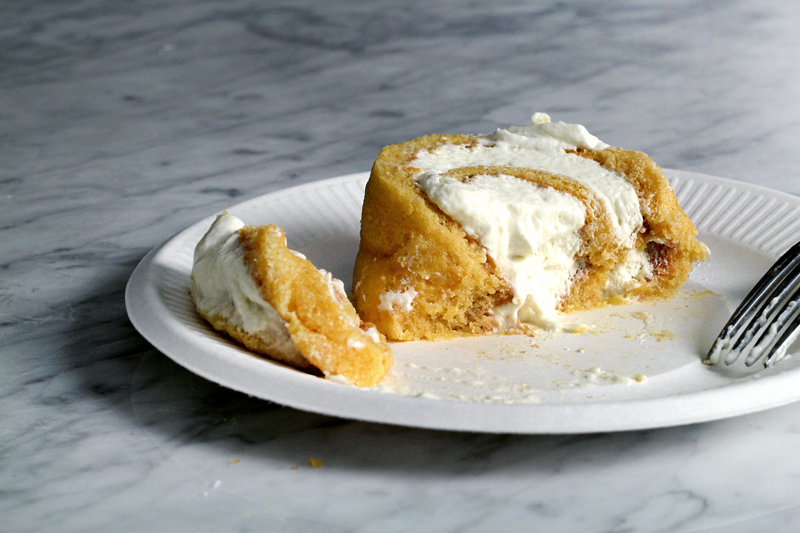 Chamomile is a very popular tea in China, usually served with a bowl of Rock sugar on the side, which is also called “ice sugar” in Chinese. It is a common and preferred sweetener for teas and cooking in Asia, which is not as sweet as typical granulated sugar, and many would argue that it brings a honey-like, more complexed sweetness without unwanted flavourings.

With a handheld-mixer or a stand-mixer with whisk-attachment, beat large eggs, egg yolks, honey and granulated sugar together until very thick and velvety (scrape down the bowl once in between). The mixture should form large ribbons when the whisk is lifted, approx 8~10 min. Sift the all-purpose flour and almond flour directly into the bowl, and gently fold the mixture together until even with a spatula. Wash and dry the whisk thoroughly. Then with another clean bowl, beat 2 1/2 large egg whites and 2 tbsp of granulated sugar with the clean whisk, until glossy with soft peaks, approx 2~3 min. Add half of the beaten egg whites into the egg yolk-mixture, gently stir until evenly combined. Then add the remaining egg whites, and fold it in gently with a spatula.

Line a baking sheet, about 15″ × 11″ (38 × 28 cm), with parchment paper and rub the surface lightly with butter. Pour the cake-batter into the sheet and smooth the surface. Bake in the oven for 13 ~ 15 min, until a wooden skewer comes out clean from the center of the cake. Carefully transfer the sheet-cake to a cooling rack and cool completely.

To assemble the cake: With a clean bowl and whisk, combine the chilled chamomile cream with another 1/4 cup of cold heavy cream. Whip the cream until it holds its shape when the whisk is lifted. Smear an even layer of whipped chamomile cream over the sponge cake, then carefully peel the cake away from the parchment and roll it from one side to the other. The cake-roll may feel a bit soft at this point, which is why I like to wrap it firmly with the same parchment, and chill in the fridge until cold again before serving (dust with powdered sugar on top if you like). It keeps in an air-tight container in the fridge for up to 3 days. 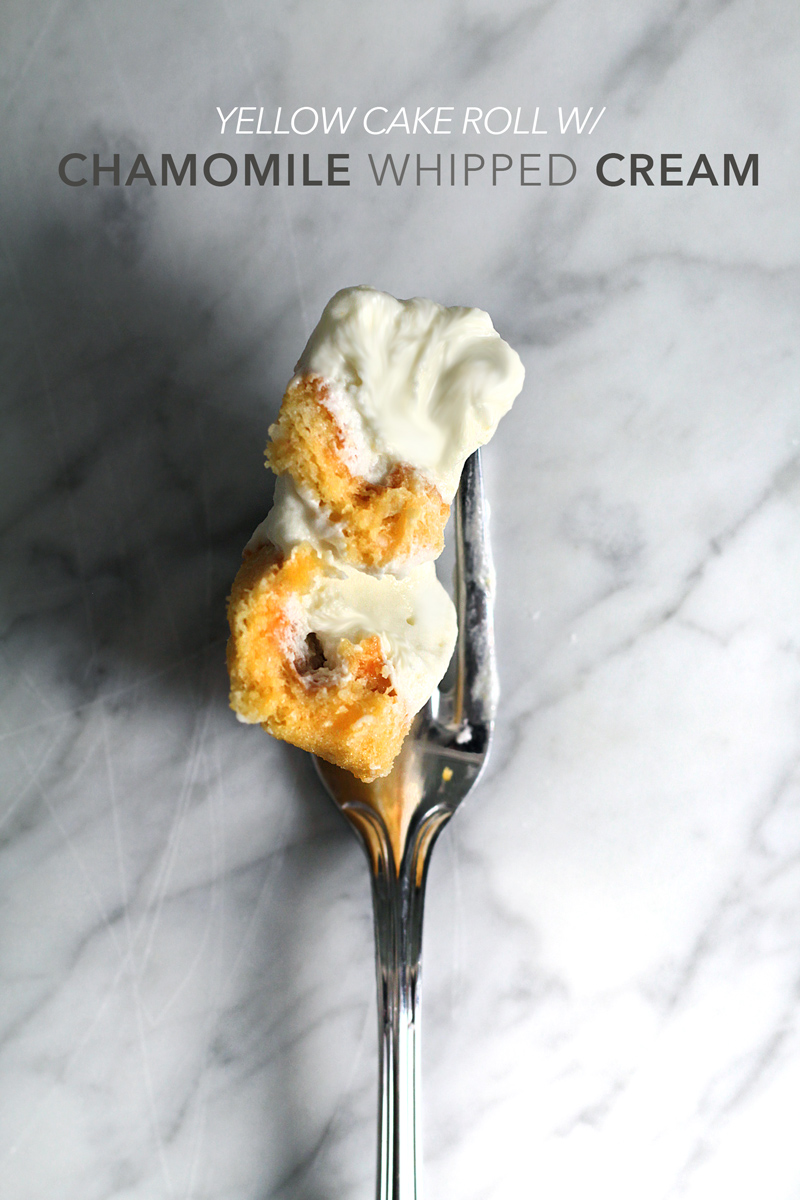