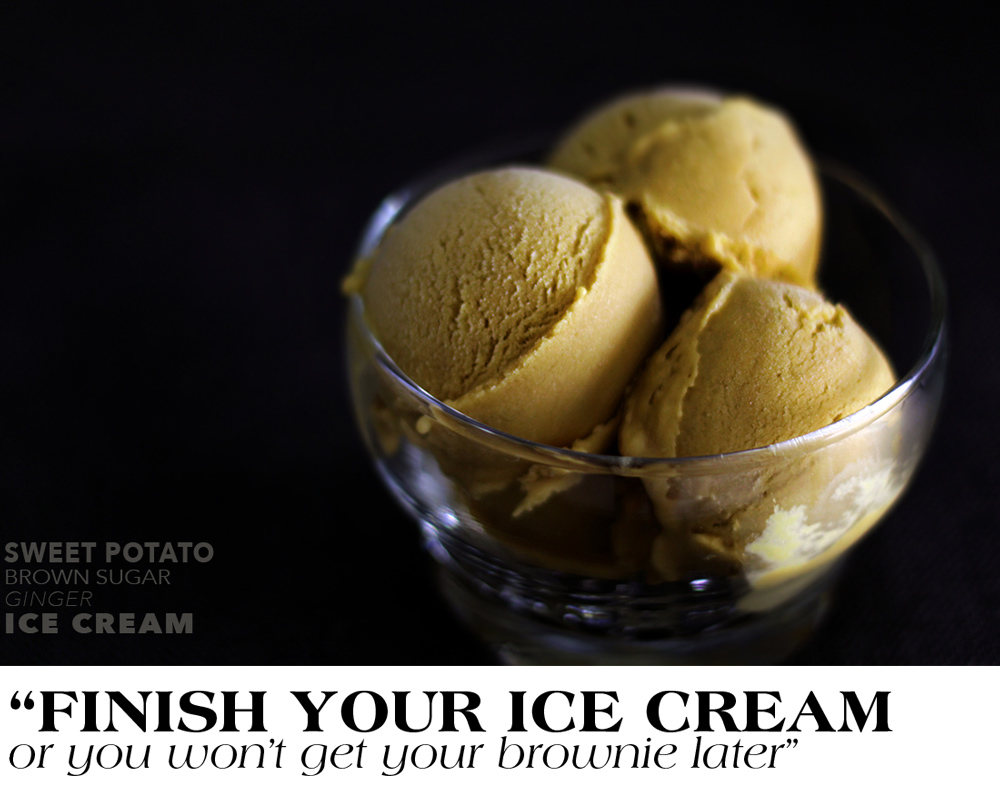 Drop down on a point back in time, all the way back in my 500-sqft studio in New York when I was joyfully smooching a pint of Ben’n Jerry’s which I casually grabbed from the downstair 24hr-deli, and tell me that in the not-so-distant future, anytime-access to my beloved collection of ice cream-babies would be a thing of the past… I’d cover their ears (hush hush… bad people… bad people…) then tell you nicely to go kiss your own mad arse.  Hey, I was a young, naive and ignorant little shit who thought New York City wasn’t the center of the universe.  Can I please get it back if I apologize? 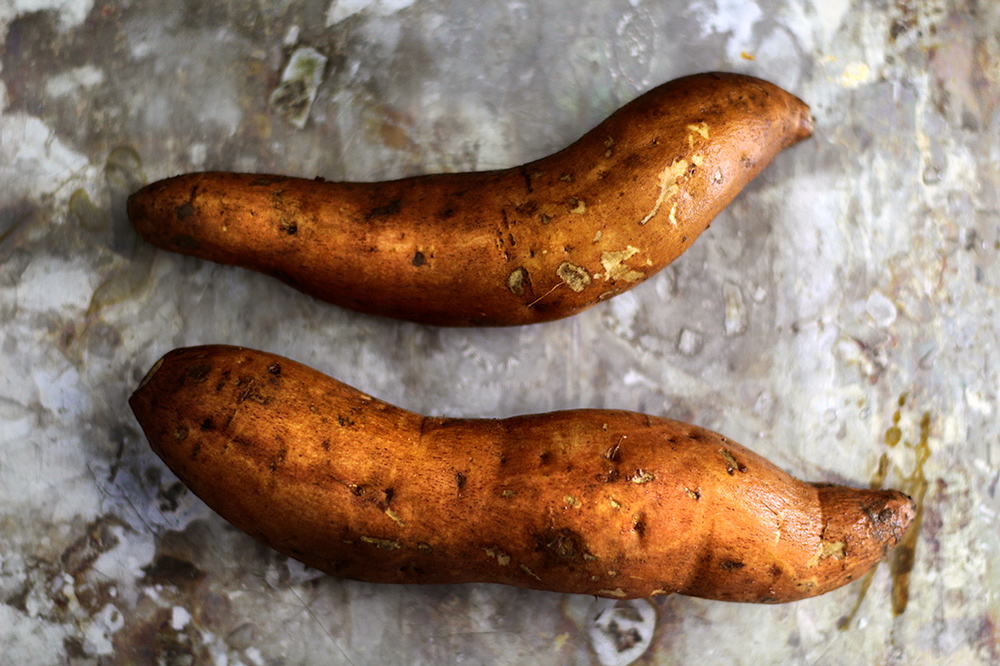 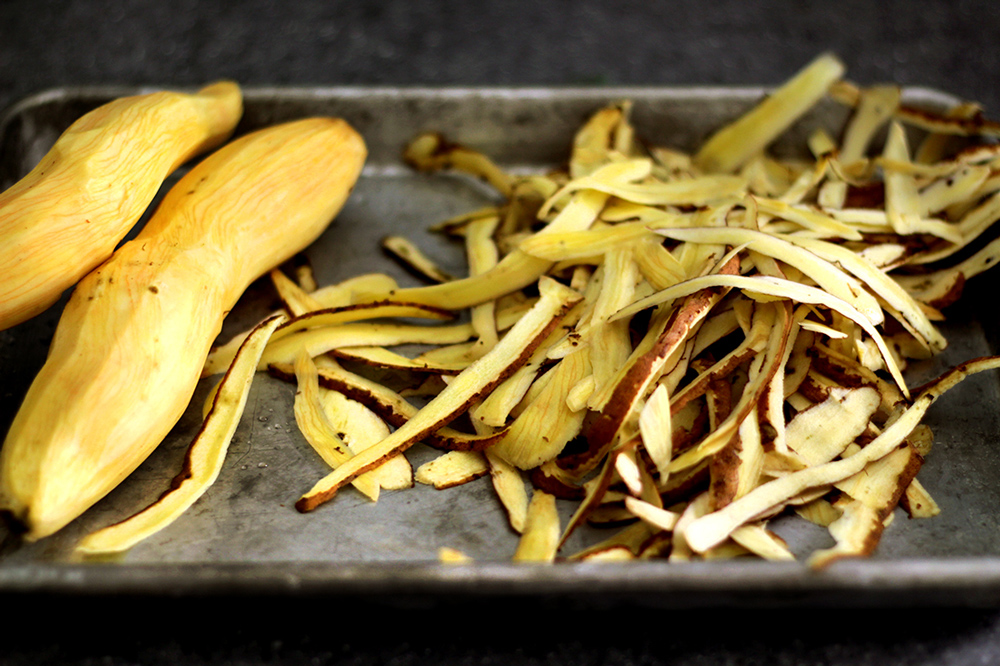 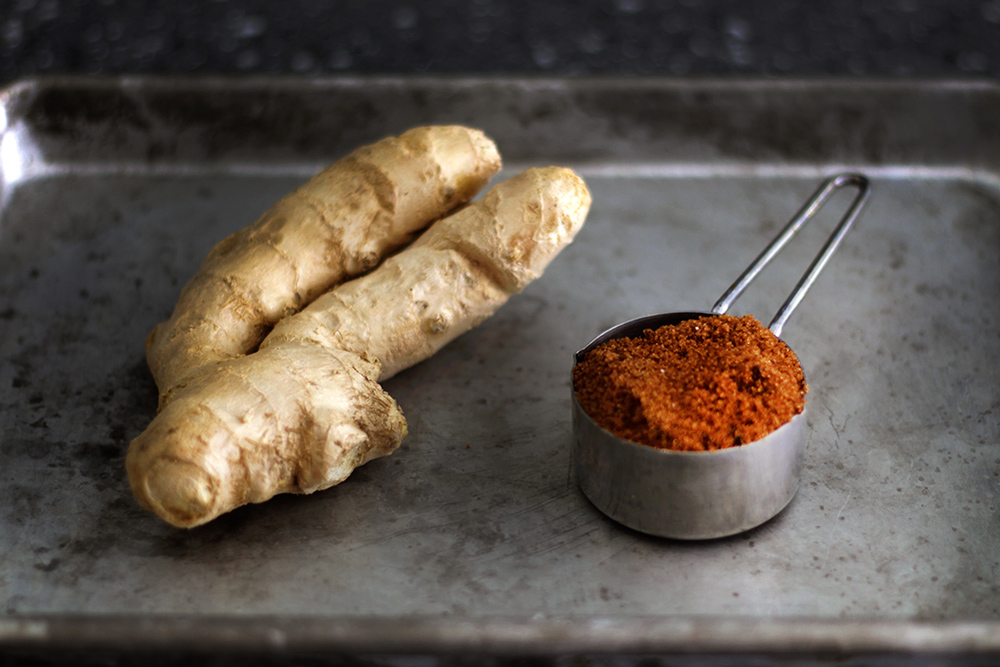 Post-New York, to the people whom I snarled at for churning their own pretentious, home-made ice-cream before, I now gaze upon with great great empathy.  They are neither pretentious nor show-offs.  They just relocated out of metro-paradise or worse… to China (amen…), and that makes them my people (group hugs pls).  And if we could just somehow get that online forum up and running, I’d like to ask them this in our next support-meeting.  Is it just me who,  never bothered to recreate flavors I enjoyed tirelessly back in happy times, but instead batter my brain to the point of curdling to come up with new ones?  Anyone?  Since you-know-when, I have not yet attempted a reconstruction of “Chunky Monkey” or “Cherry Garcia”, but killed quite a few brain-cells over flavors like creamed corn gelato, banana and oatmeal gelato, and now this. 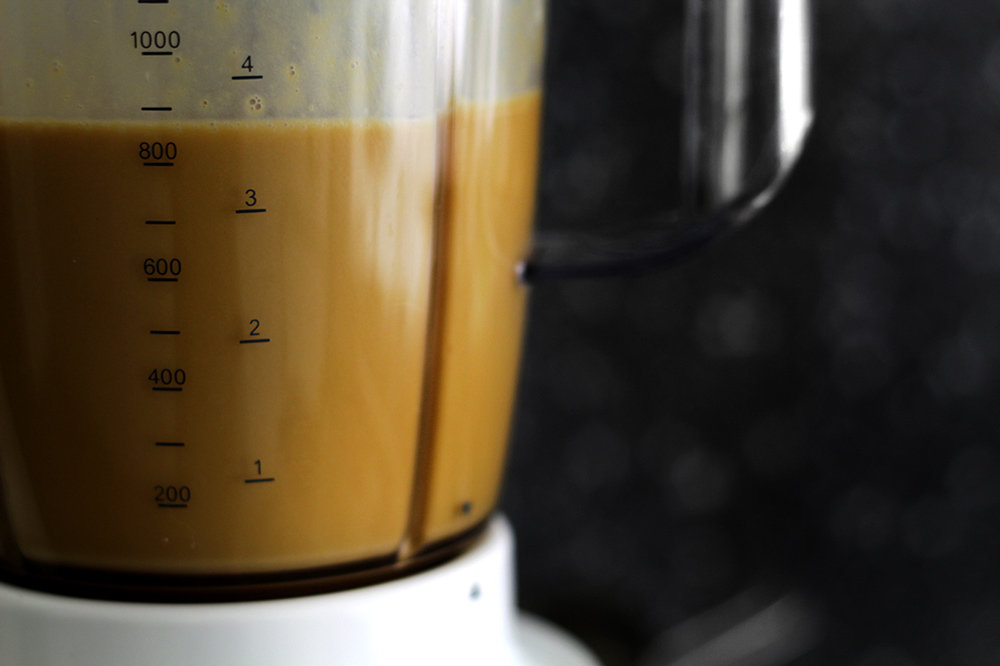 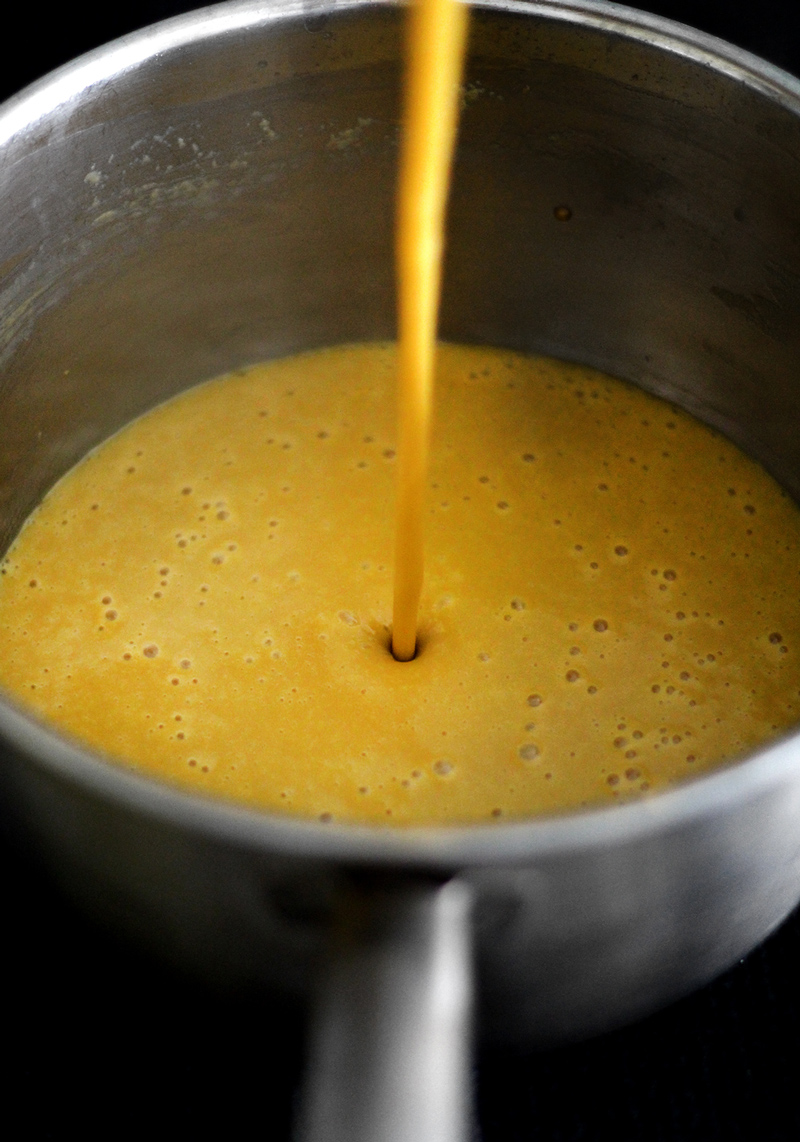 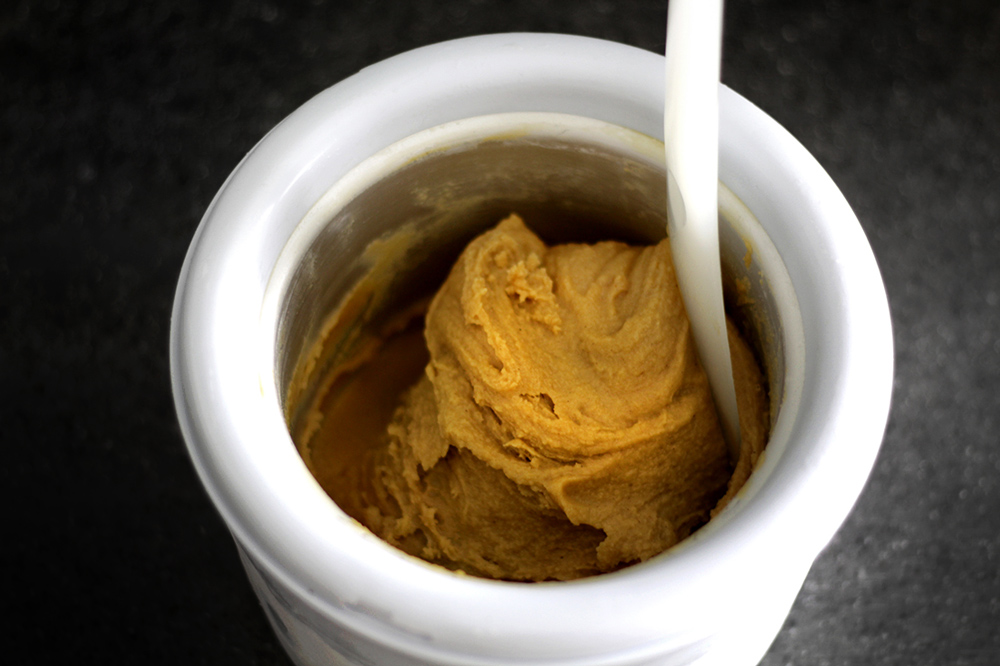 It’s true that if you sit on a subject long enough the AH-HA!-answer would come to you, as I was honestly and absolutely clueless at the beginning of the paragraph and now the answer shines as clear as day-light – it looks like… I have been trying to cleverly sneak the otherwise-neglected diet into my ice-cream regimen…!!  Yeah, you can do that when you make your own ice-cream!  Surprise!  Corn, although not the super-food-of-the-year, but inarguably a VEGETABLE, and that’s that.  Banana and oatmeal, please, save it.  And this sweet Asian remedy that people enjoy during the winter-time is now served as a guilt-free pleasure that I SHOULD most RESPONSIBLY finish a whole pint of, because half of it goes to complete my vegetable-servings of the day.  “I said finish your ice cream or else you won’t get your brownie later”?  OH LORD, sweeeet~~ .  I know I know.  I was never an advocate for that sorta thing but… I put a pork belly in your face last time.  I’m not completely unreasonable.  You should now eat this ice cream. 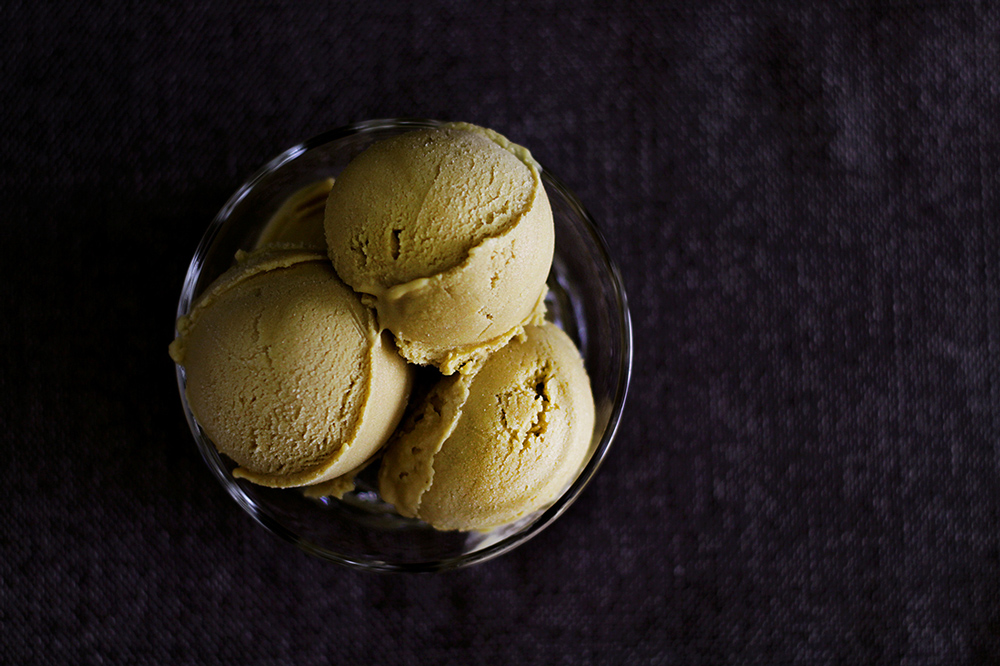 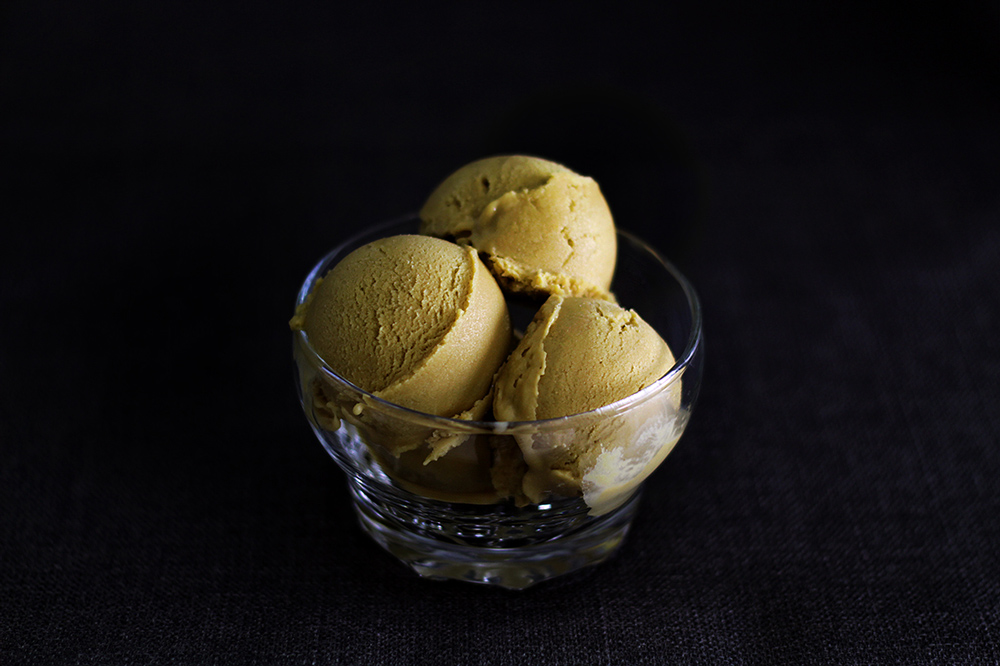 Sweet potato and yam, although belong to different family and nutritional profile, are similar in taste and both considered optimal health-foods.  In this case, they can be used inter-changeably.  Just purchase varieties that have yellow~orange-colored flesh.

Peel the yam/sweet potato and cut into relatively thin slices (so it cooks faster).  Combine the sweet potato, whole milk, ginger, dark rum and nutmeg in a pot.  Bring to a very low simmer on low-heat and keep gentle-simmering until the sweet potato is cooked through (a fork can easily pierce through), just a few minutes.  Turn off the heat, then pick the ginger-slices out and discard them.  Add the brown sugar and white sugar, stir until dissolved.

Transfer the mixture to a blender, and add the corn starch.  Blend on high-speed until the mixture is finely pureed and lump-free, approx 1 min.  The residual heat will also cook the corn starch which further thickens the mixture.  Add the heavy cream and the optional dark rum, blend until mixed.  Transfer the mixture back to the pot and chill in the fridge until completely cold, preferably 6 hours.  This “resting” time is supposed to improve the texture of the ice cream.

Churn the mixture into ice cream according to your ice cream-maker instruction.  If your machine is just an ice-bucket with a spinner like mine, I find that the coldness of the bucket never lasts long enough.  So I usually leave the churned ice cream in the bucket and return it back to the freezer.  Every 15 min or so, I would go back and fold/knead the ice cream with a spoon or spatula.  I find that this improves the texture of the ice cream by making it slightly denser.  Repeat for a couple of times then transfer the mixture to a container to harden in the freezer. 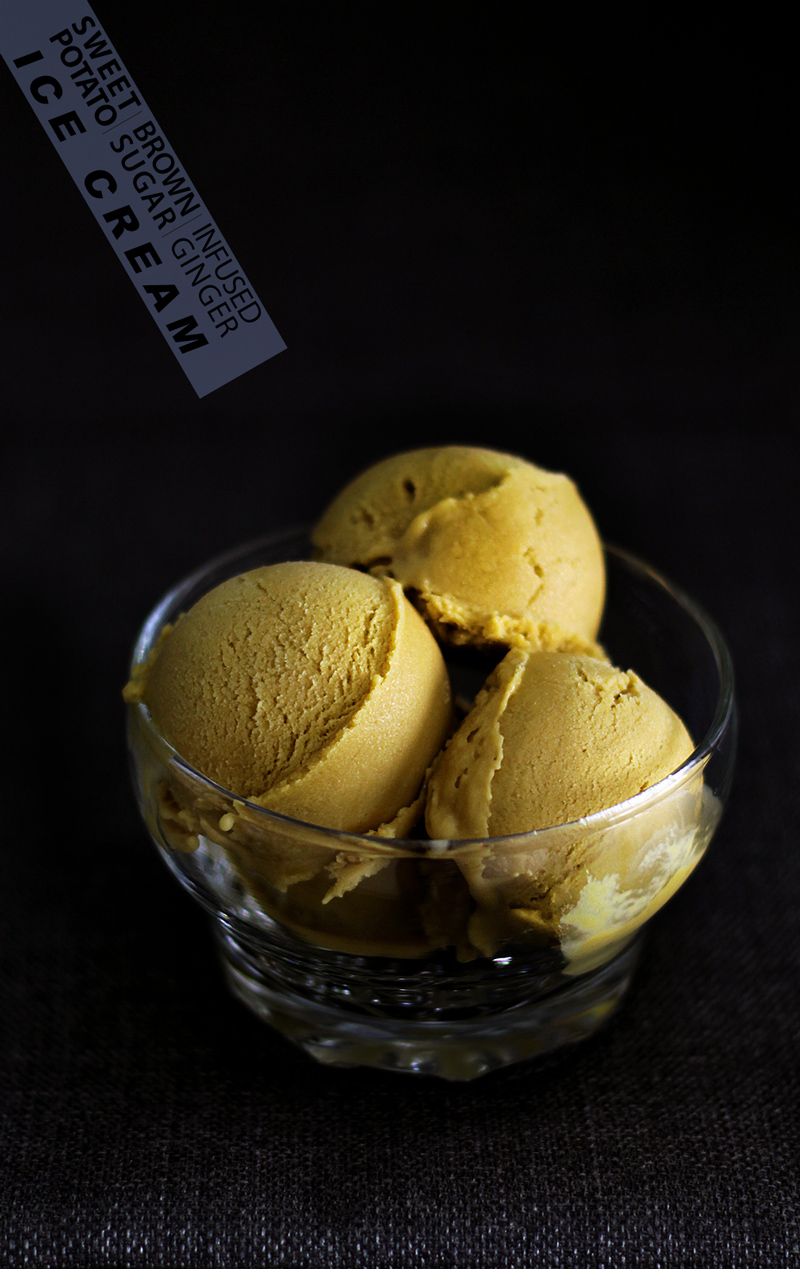