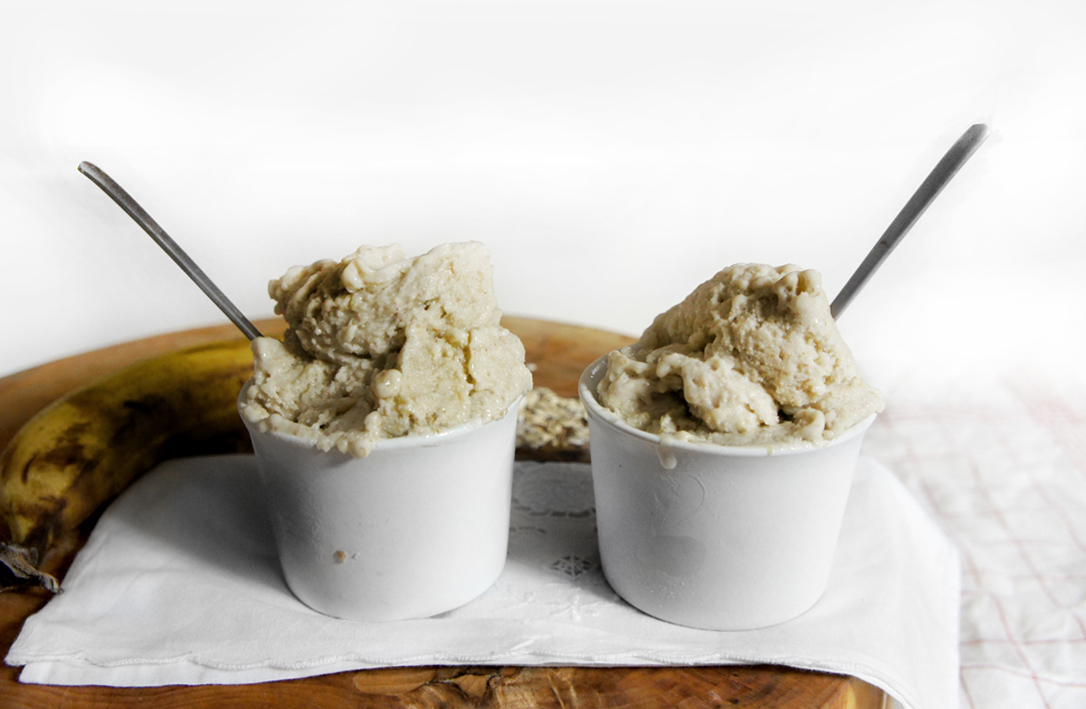 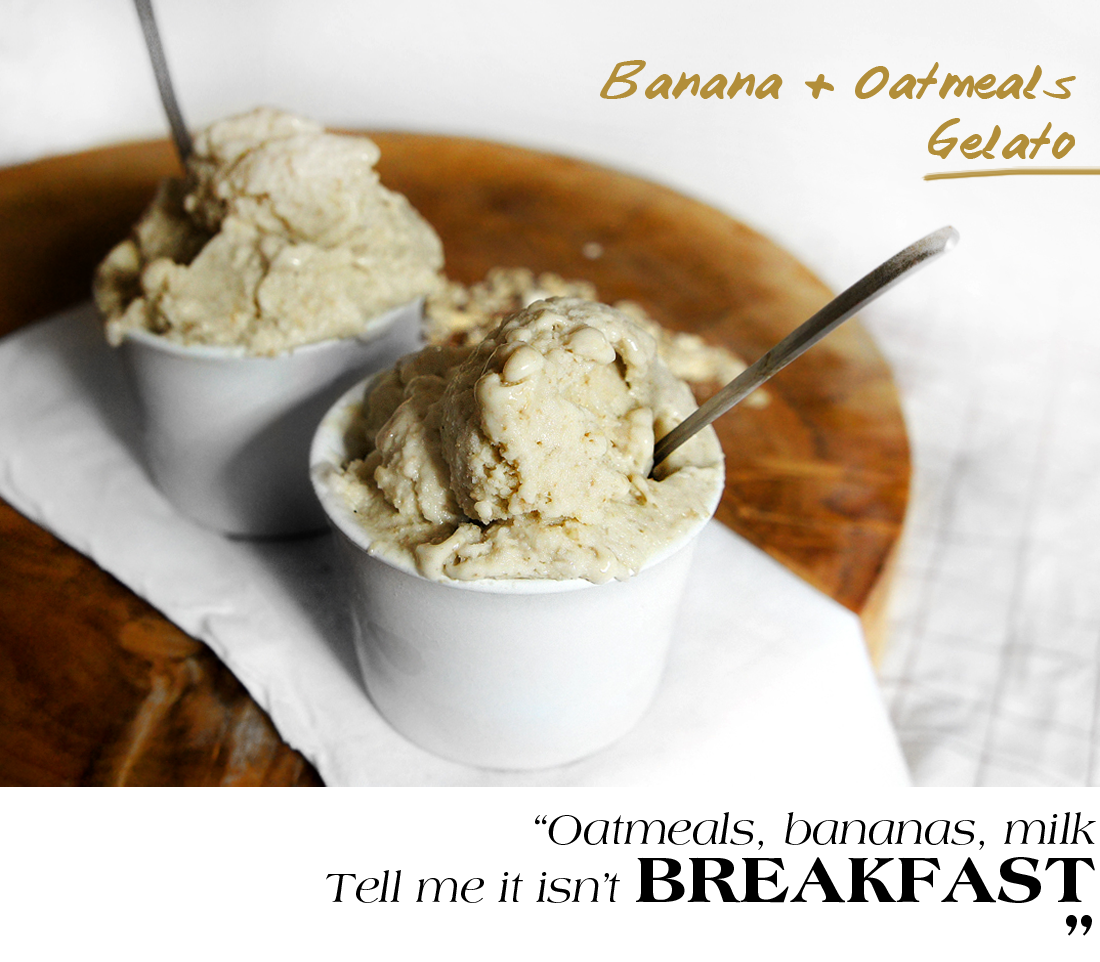 If anyone holds secret addiction for trashy tabloid magazine, uheh… which of course I’m not talking about myself because I only read Time and Nat Geo, or Economist and… world-hunger-stuff like that with SUBSTANCE… obviously……. Then they’d known what a friend of a friend whose sister’s cousin had told me that apparently this guy Tom Cruise Whatever and his ex-wife Katie Something… got divorced with help from his ex-ex-wife Nicole blah blah. So I heard. Again NOT that I care, but apparently it was over some dispute in their insanely fashionable (polka-dots! Just a wild guess…) Suri’s upbringing that I SO do not know the details of, but one of which I vaguely remember being that… he lets her eats ice-cream for dinner? 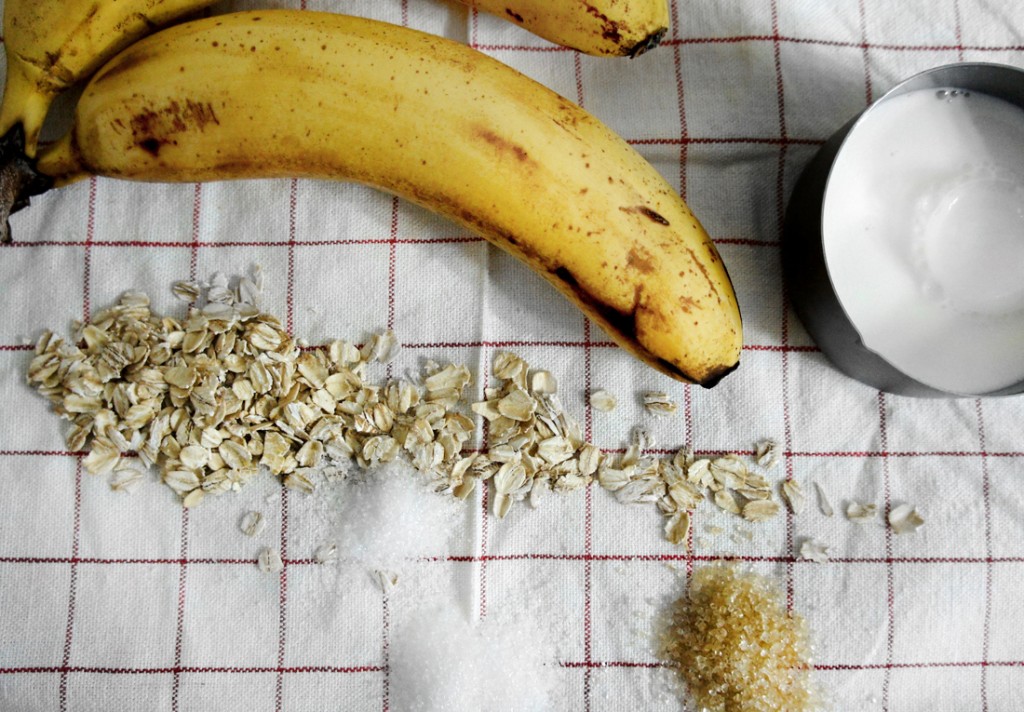 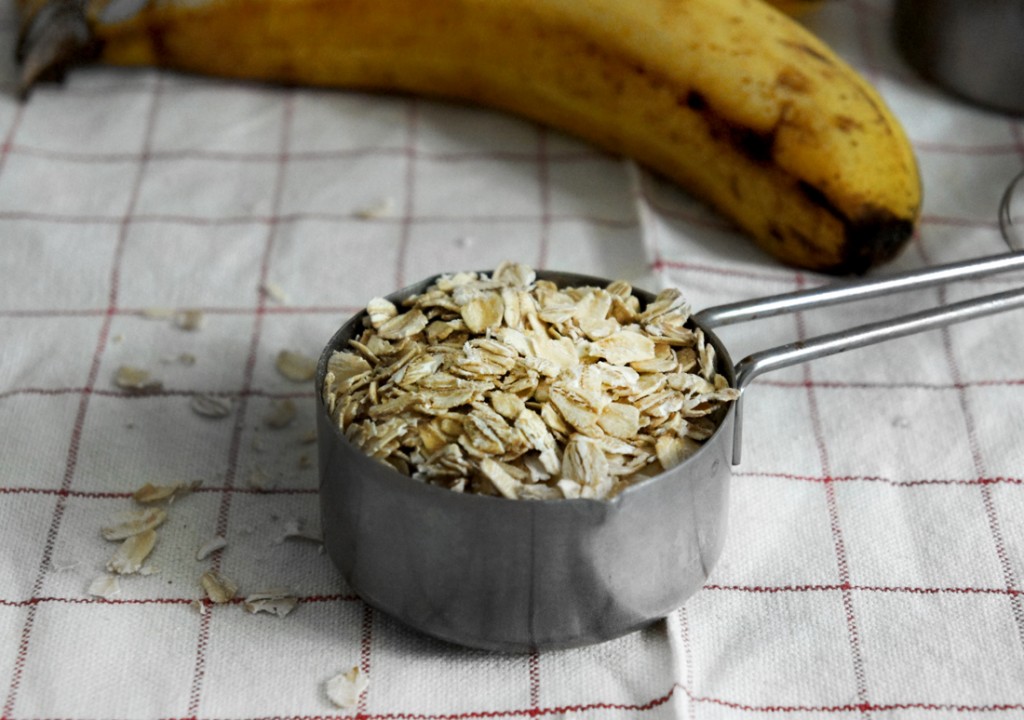 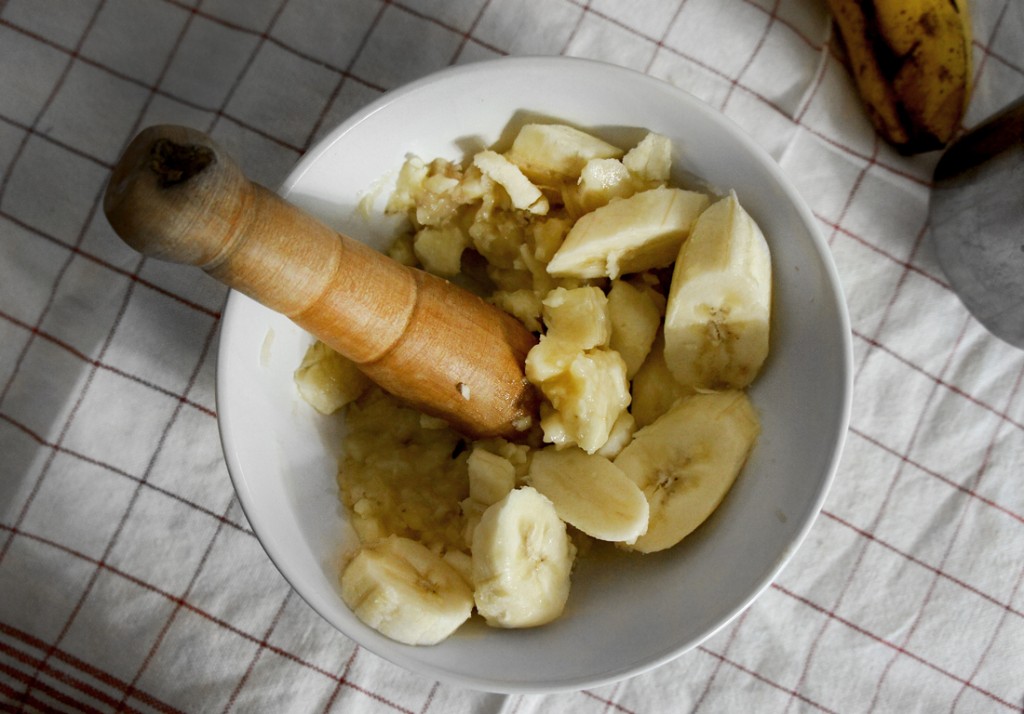 What?! That’s absurd!! Ice-cream for dinner?! As someone who takes children’s nutritional balance very seriously (OUCH! my nose grew, snapped and BURNT!), I say that’s completely irresponsible parenting behavior! Ice-cream is NOT for dinner. Because it’s for BREAKFAST!

OK, correction. GELATO is for breakfast. Technically I’m still on vacation and I intend to keep this one short. But I have things to say… 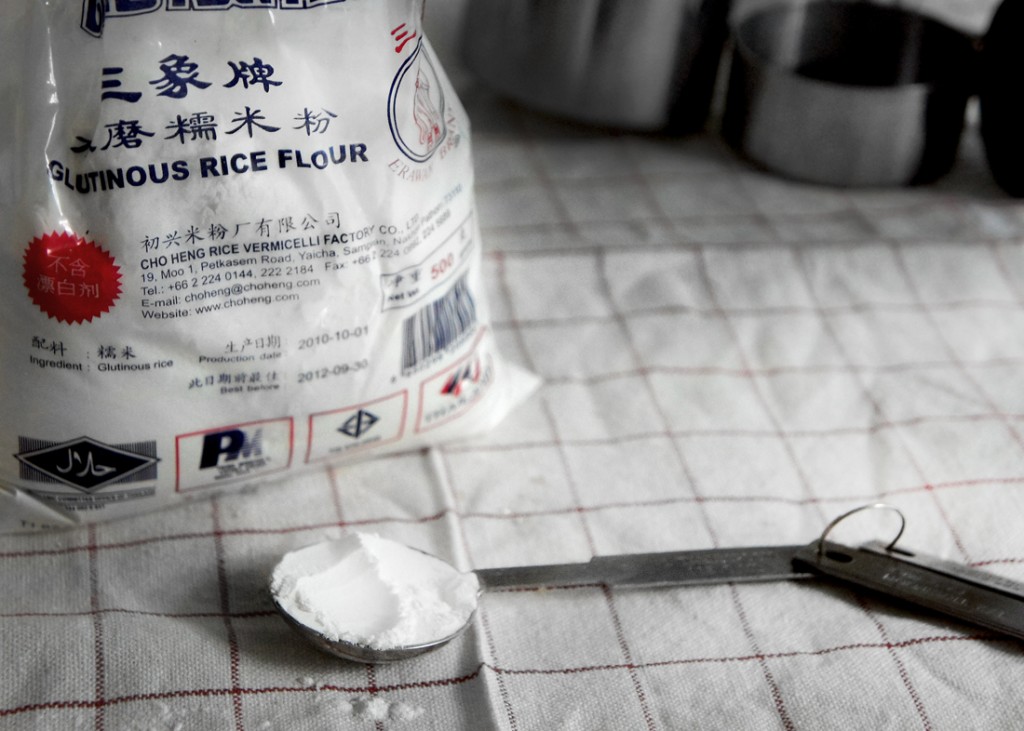 Does anyone know that gelato is just milk? And sometimes eggs (breakfast), and nuts (breakfast), or fruits (BREAKFAST!). Yeah, who knew?! Given that it has a somewhat high content of sugar, which should ONLY raise an alarm for people who forbid jam, or syrup, or sugar-pumped cereals from their breakfast routine, but then again who are these boring people who don’t how to have fun? In fact, homemade gelato would probably contain less sugar per serving than an usual, say… peanut butter and jelly sandwich, or… a cinnamon bun, or… pop-tarts. 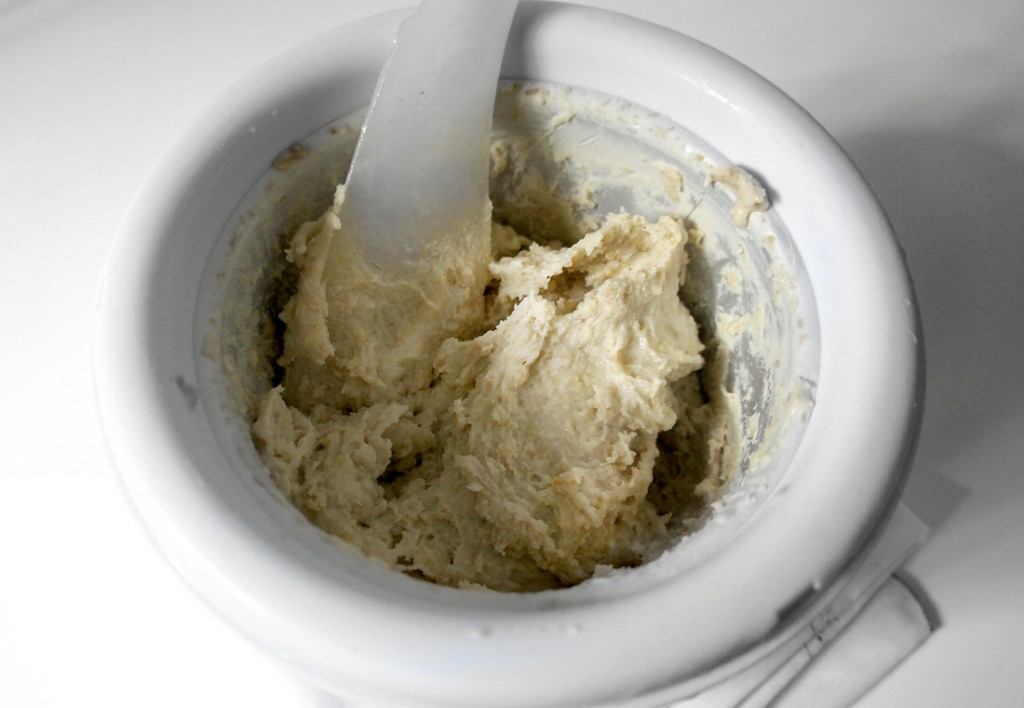 So yes. Gelato SHOULD be for breakfast. Especially on a hot summer morning which I think we can all agree on. And this version with bananas and oatmeal is, as I shamefully admit, a lot healthier than 80% of the things I deem as adequate breakfast materials (which I define by the first thing I eat “whenever” I wake up…). Prepare it the night before, and you will have a no-muss-no-fuss breakfast in the summer morning that will cool you right down before braving the hovering-around-90ºF heat in that pleeease-redefine-summer-formal suit jacket and the I-wish-this-is-hot-pants trousers.

And that awesome deliciousness that comes with it, is just a bonus. 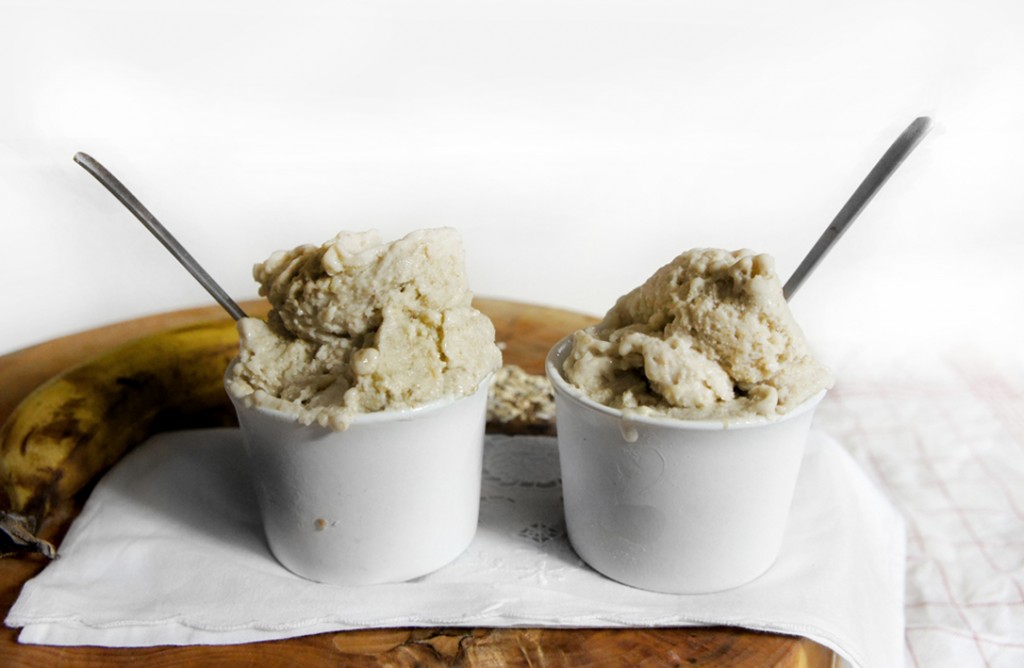 Combine milk, sugar, cane sugar and corn starch (tapioca starch works better in my opinion) in a sauce pot, whisk well and bring to a simmer. Add the quick oatmeal and cook for 2 min. The mixture should be pretty thick and dense. Mash the bananas with a fork and whisk into the milk mixture until completely incorporated. Take it off the heat and let it sit in the fridge for at 6 hours (there’s a reason for this to obtain smaller ice crystals), after which it can be added to the ice-cream machine to be churned into gelato.

My ice-cream machine is really just an ice bucket with a churner. I find that it loses its cooling power somewhere around 20 min into the churning. So to obtain a better textured gelato, here is what I suggest:

After churning for 20 ~ 30 min, return the bucket with the gelato mixture back inside the freezer. Every 15 min, take the bucket out and “knead” the gelato with a spatula. Scrape off the more-harden mixture along the side of the bucket and mix well with the rest. “Press” and “knead” to get as much air out of the mixture as possible and the gelato will get harder and denser and creamier every time. I repeat this for about 3 ~ 4 times. After which it’s ready to be taken out of the bucket and store in an air-tight container in the freezer.

Now for me, THAT’S a reason to wake up to. 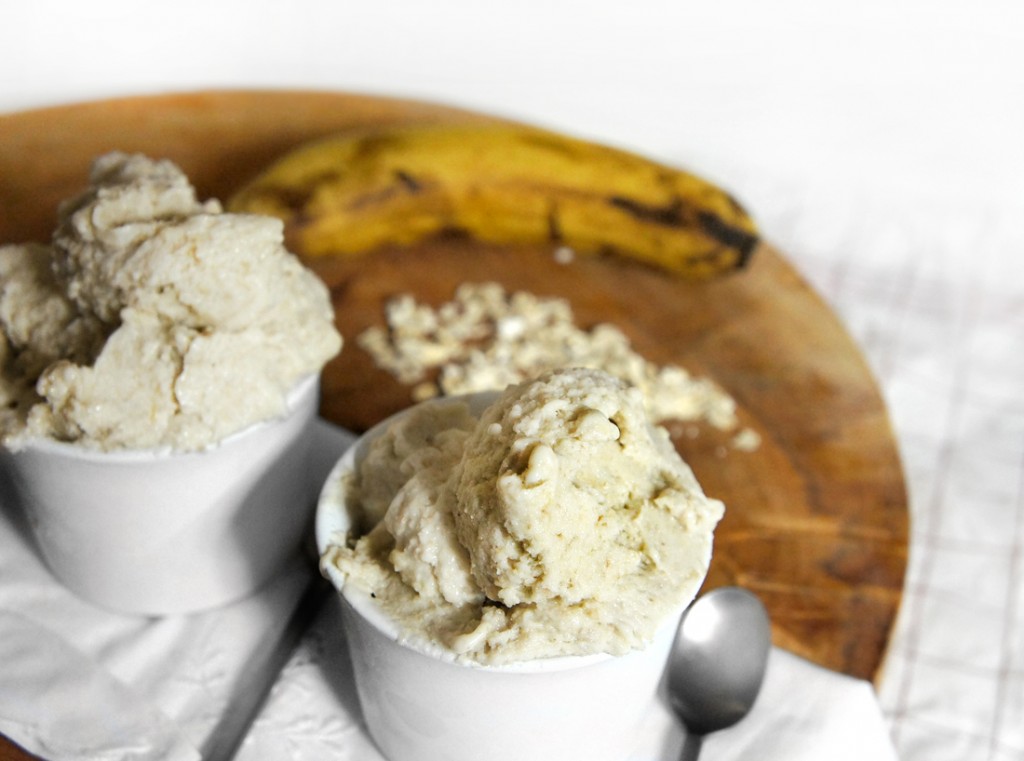