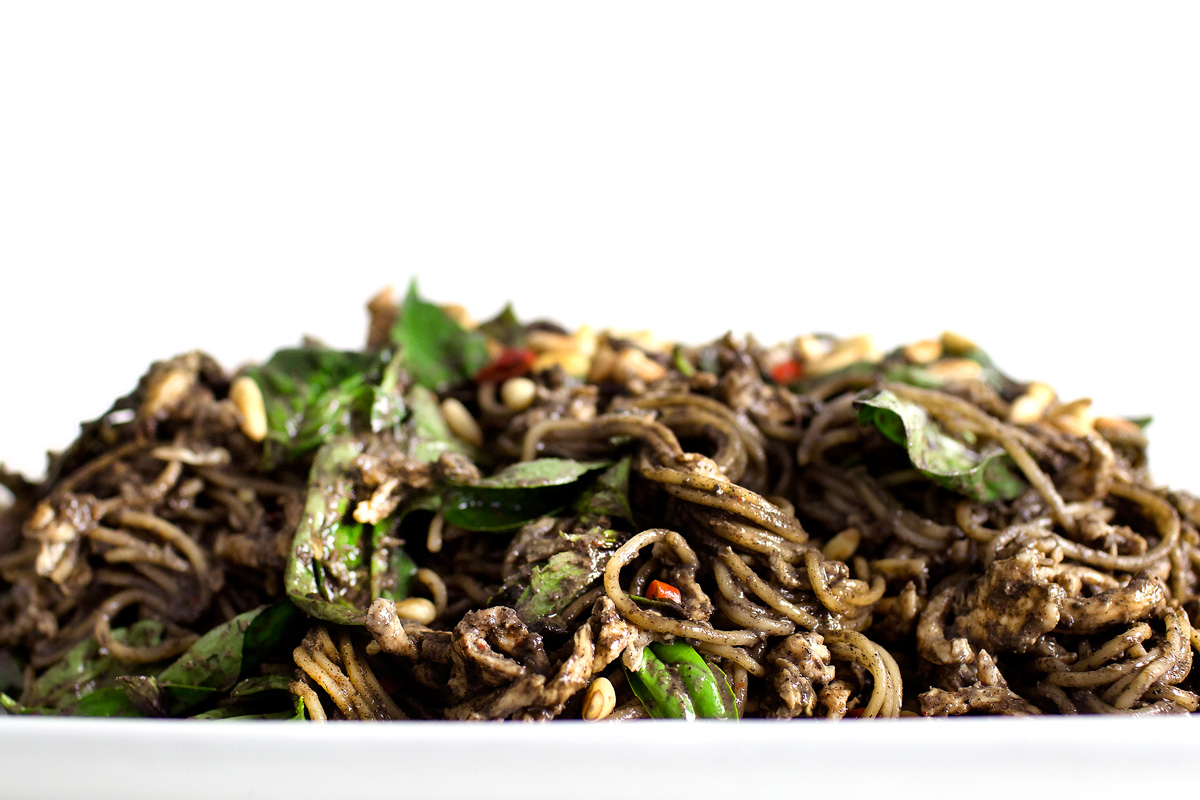 January 7, 2015 In All recipes, Noodle/Pasta/Rice, Poultry 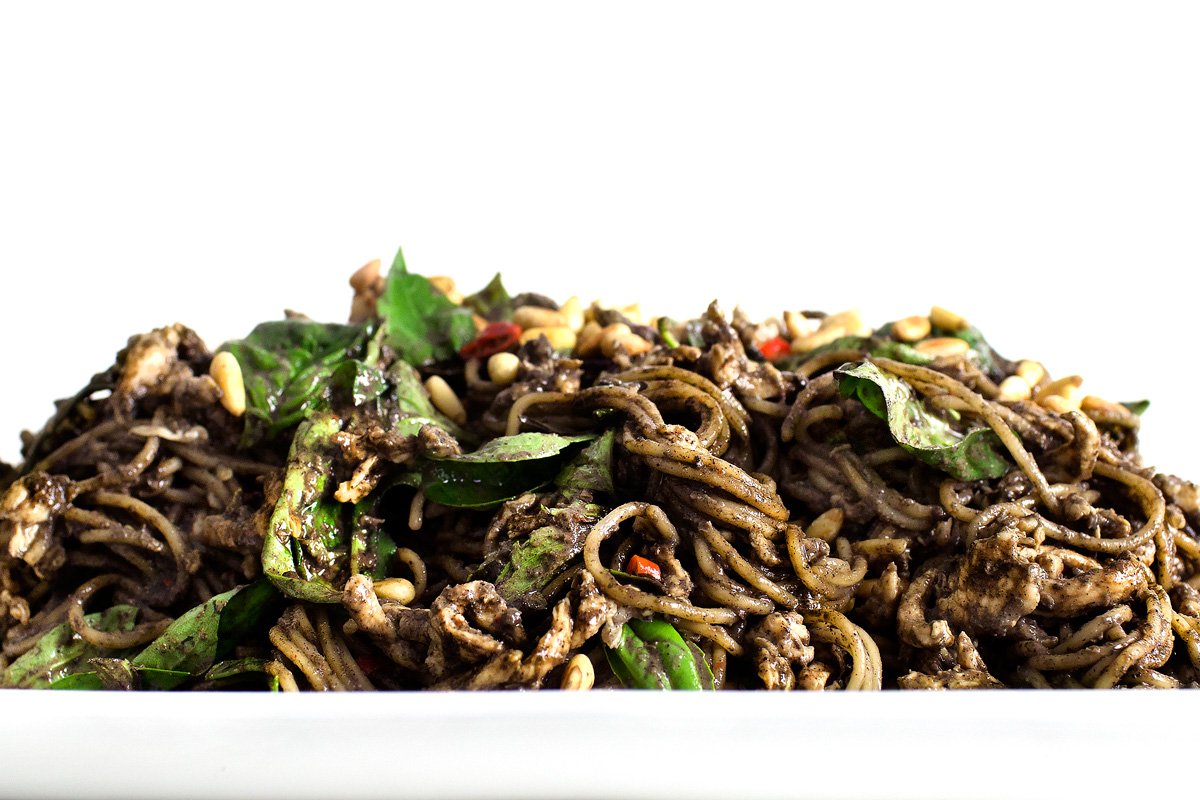 ONCE YOU GO BLACK, YOU NEVER GO BACK. 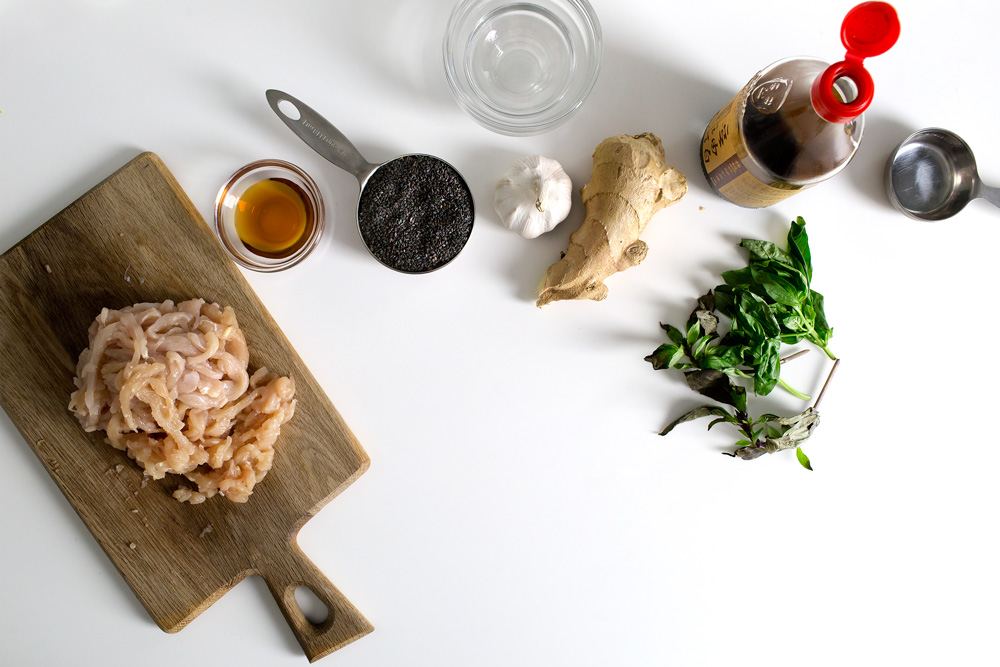 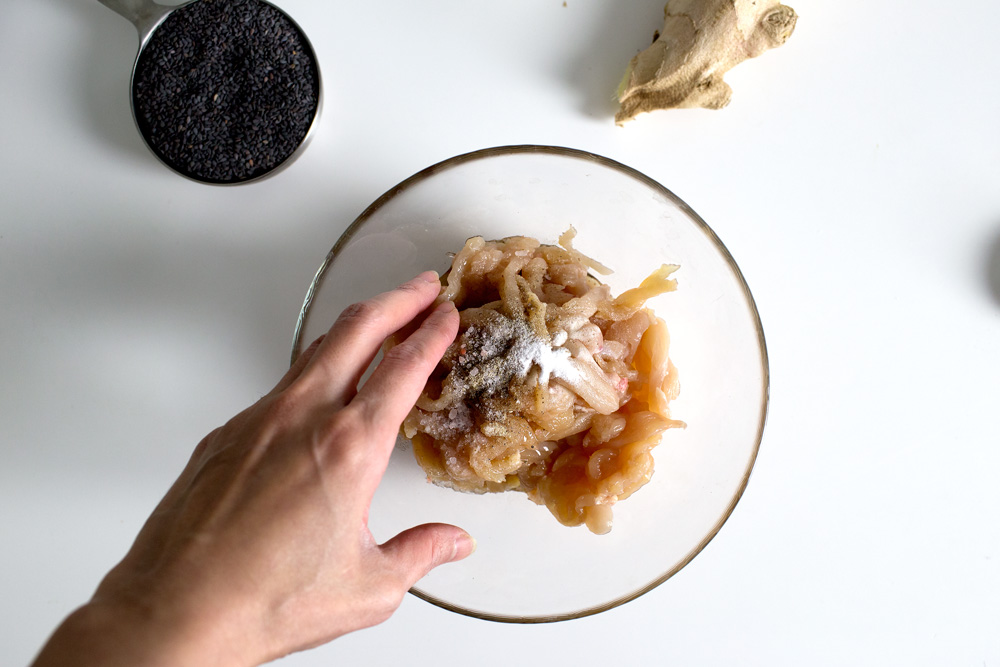 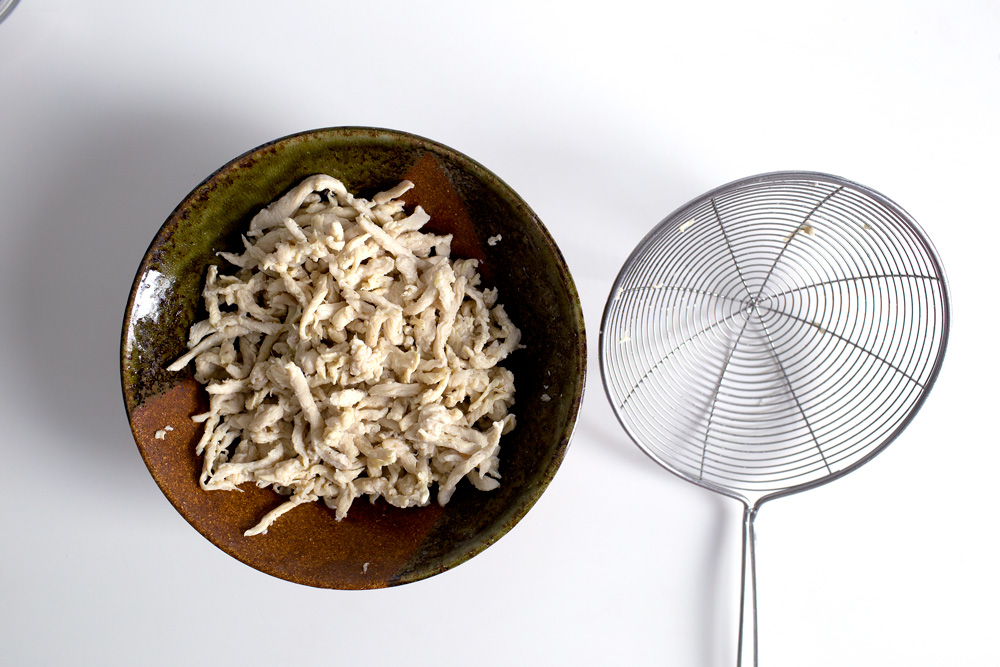 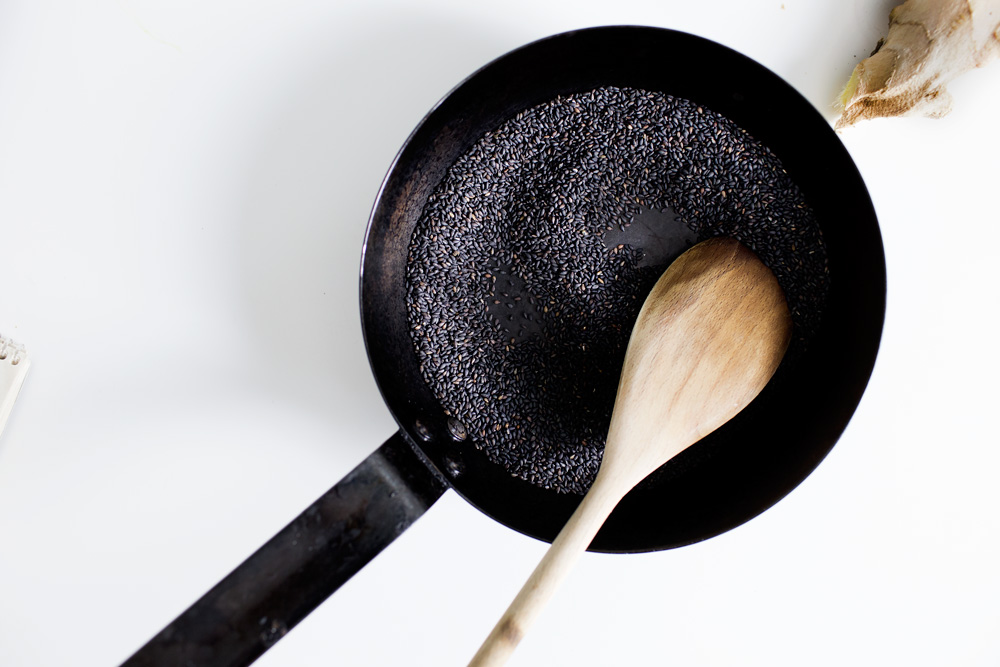 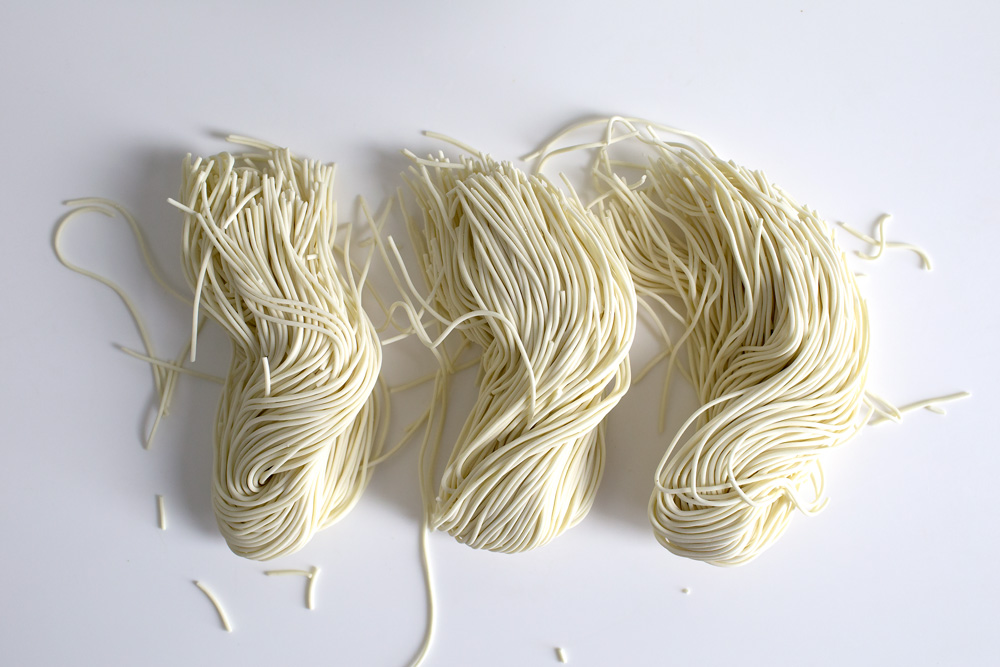 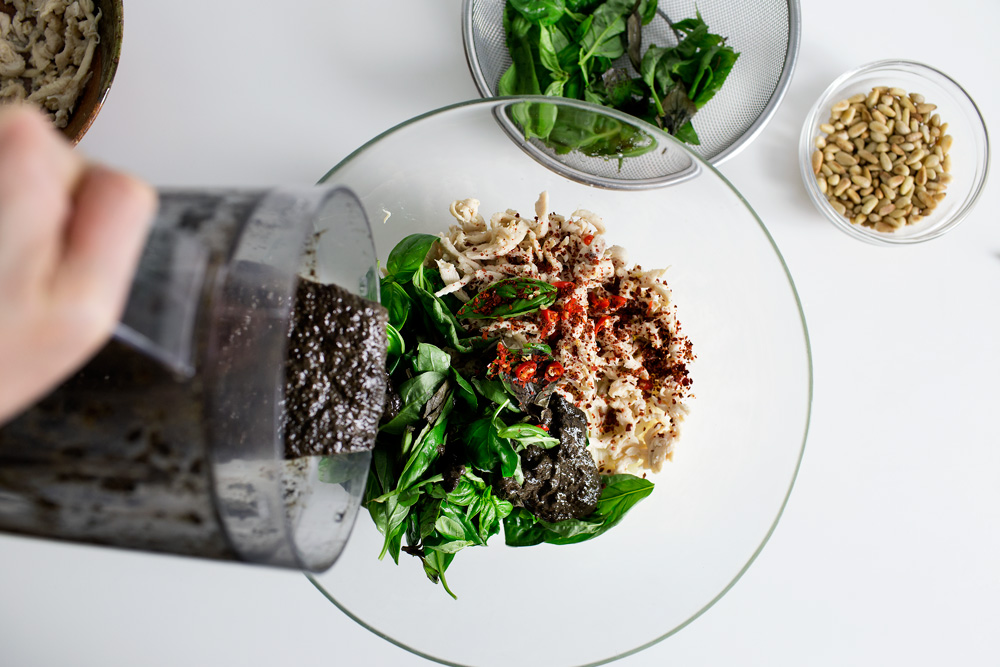 Do you know what it feels to always live under the shadow of someone else?

You see… this poor fella.  Somewhere during the evolution of vegetation, as if it was funny as a cruel and practical joke, the universe thought it’d be hilarious to create the all-star white sesame seeds which of course exploded in popularity all over in paste-form, oil-form or even as unnecessary decorations over buns, then, again because it’s funny, to also create something else that’s 100% identical in shape, size and appearance, but only… in black.  Now, anyone with a bit of knowledge on sociology can assume the injustice that followed.  Sidelined, neglected… keeps getting pulled over on its way into a recipe but rarely makes it…

Black sesame has long been the victim of food-racism.

OK, guilty as charged, but I have been trying to right that wrong.  I have been trying to introduce you to this under-appreciated ingredient, especially, looking for possible ways to tell you about a classic dish worthy of being called one of Taiwan’s signature cuisine, and a real catchy name, too – The 3 cups chickens.  But obviously, there are three quintessential seasonings for this recipe – Taiwanese rice wine, soy sauce, and of course, the irreplaceable, one and only, black sesame oil.

Right, you don’t know what that is.  It’s ok, most people don’t, most people aside from those with an acute Asian background, or perhaps runs a meticulously stocked Chinese supermarket, don’t know that there’s something such as black sesame oil.  Different from the common toasted sesame oil made from white sesames, black sesame oil is… well, let’s just say, it’s white on steroid.  It’s more pungent, more powerful… deeper and more complex, a best-kept-secret foundation for many gorgeous recipes, the lifeline, the liquid brown gold…  But oops… you don’t have it.

So I thought, before we all go nuts trying to extract our own black sesame oil, slip on the grease and crack our heads open on the edge of kitchen counter and literally make a mess of ourselves, we will do an inspired adaption of three cups chicken, with no compromise on flavours, in a – who’s not gonna love this? – black sesame and ginger chicken noodle form.

I know I had you at “sesame noodle”.  But now imagine you best-ever, sworn-by and stamped-on sesame noodle (which I believe is this), then douse it with edible diesel then set it on an eternal flame of happiness.  That’s just about how much more tasty and robust this black sesame noodle is.  It embodies all the soul-elements from its inspiration, the condensed black-label of seseme-ness in a mix of soy sauce and rice wine, the prominent gingery and garlicky bite, the spiciness from red chilis and oil, and last but not least, the unmistakable fragrance from a truckload of Thai basils.  Truckloads, guys.  Truckloads.

It won’t be pretty.  You’ll have “dirt” stuck between your teeth.  But don’t say I didn’t warn you that you couldn’t care less.  Because for once, not politically incorrect to say, once you go black, you never go back. 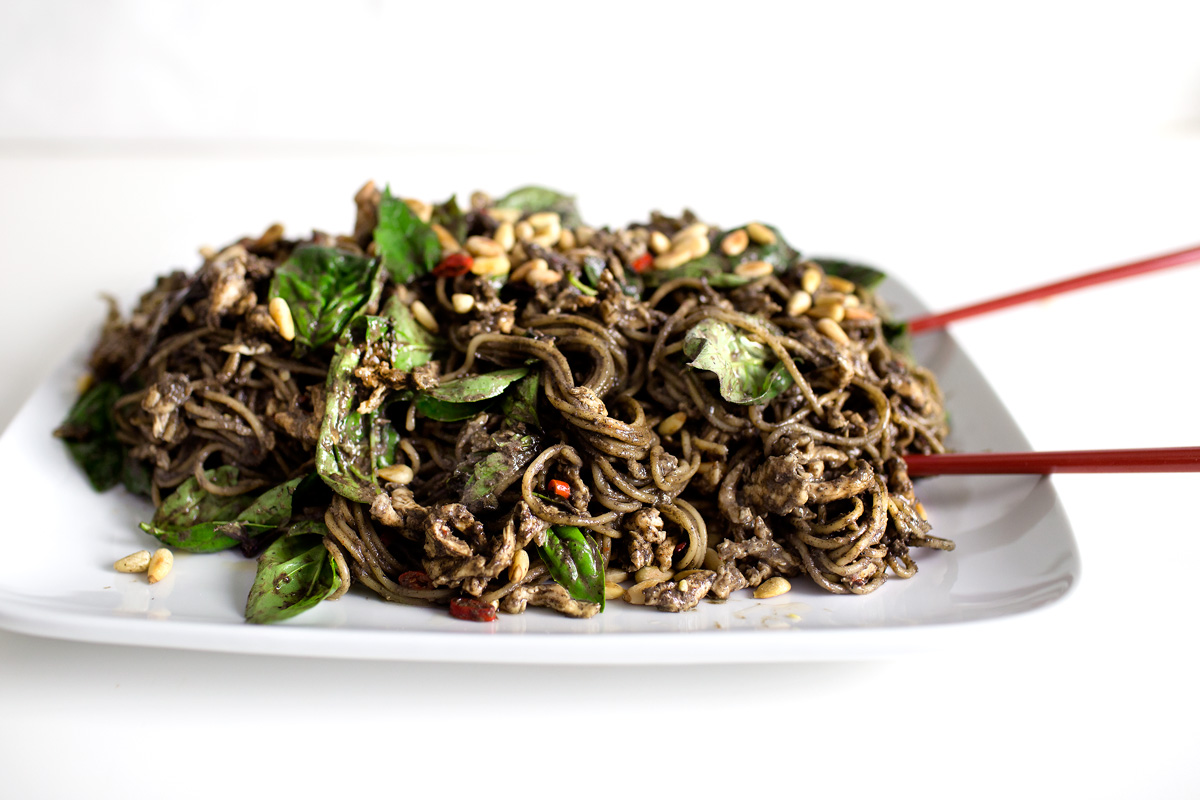 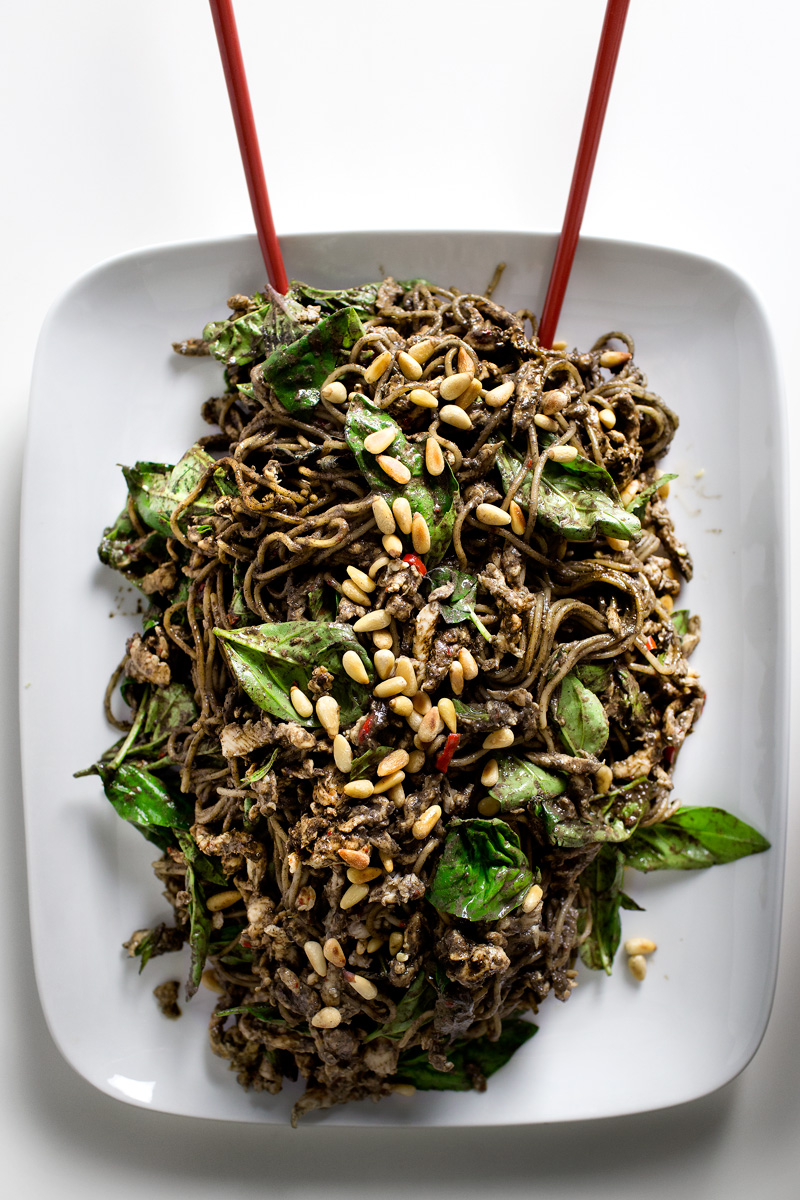 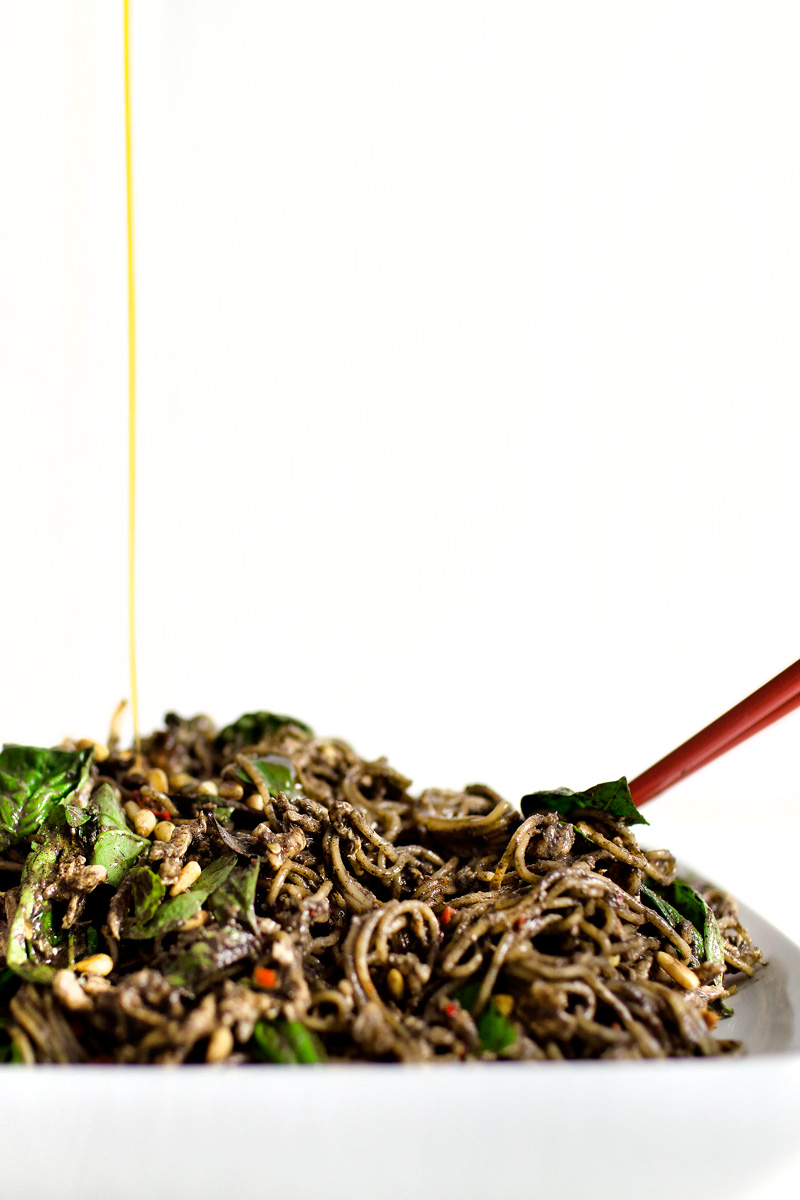 Because I ran out of Thai basil, I used Italian sweet basil instead, which I’ll admit, was the kind of thing that drives me crazy if someone else did it.  Because thai basil (same as Taiwanese basil) tastes completely different than Italian sweet basil, much more pungent and aromatic, and is essential to the flavour-profile of this dish.  So please try your best to find them, but all else fails, fine… a milder/more boring Italian basil will do.

I didn’t include a chili sauce to go with the noodle because boy, does it go perfectly with this one.

3 servings of ramen noodles will feed 4 people with this recipe after it's mixed with the rest of the ingredients.

Thai basil leaf is an essential ingredient for this dish. But if it's absolutely impossible to find for you, substitute with Italian basil for a lighter and milder flavour. 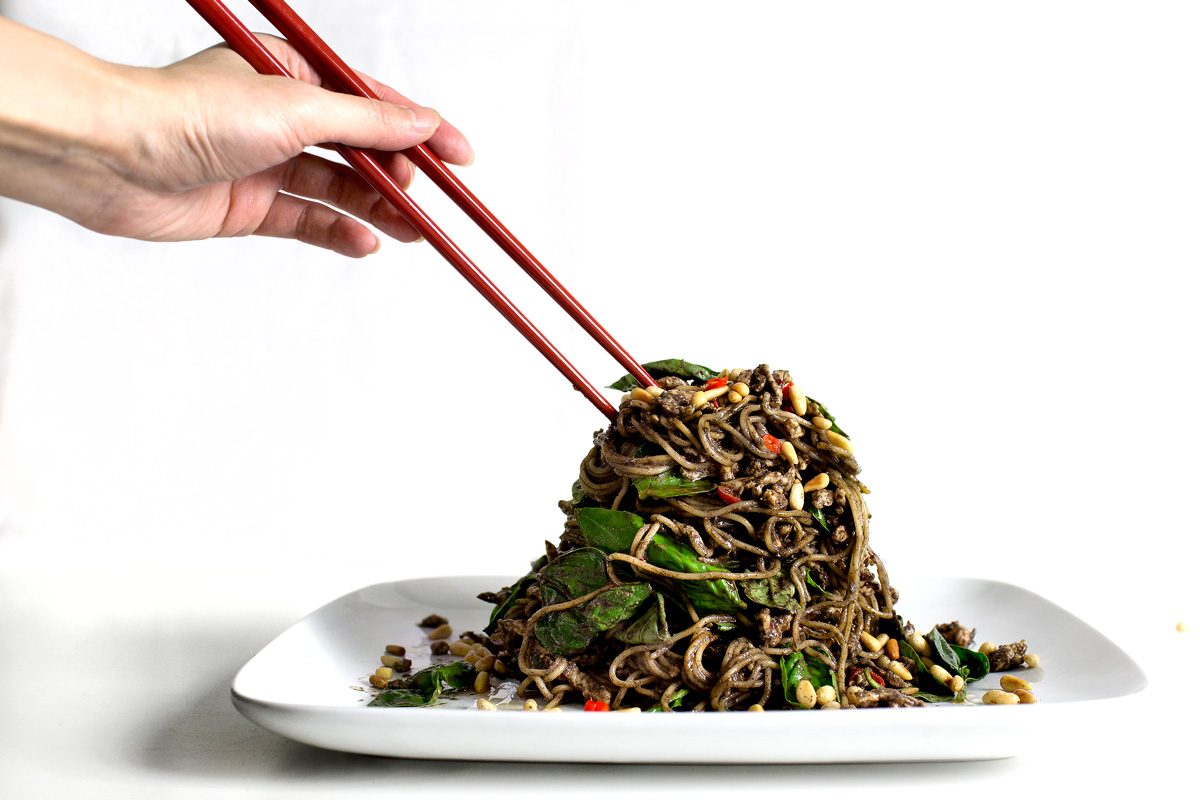