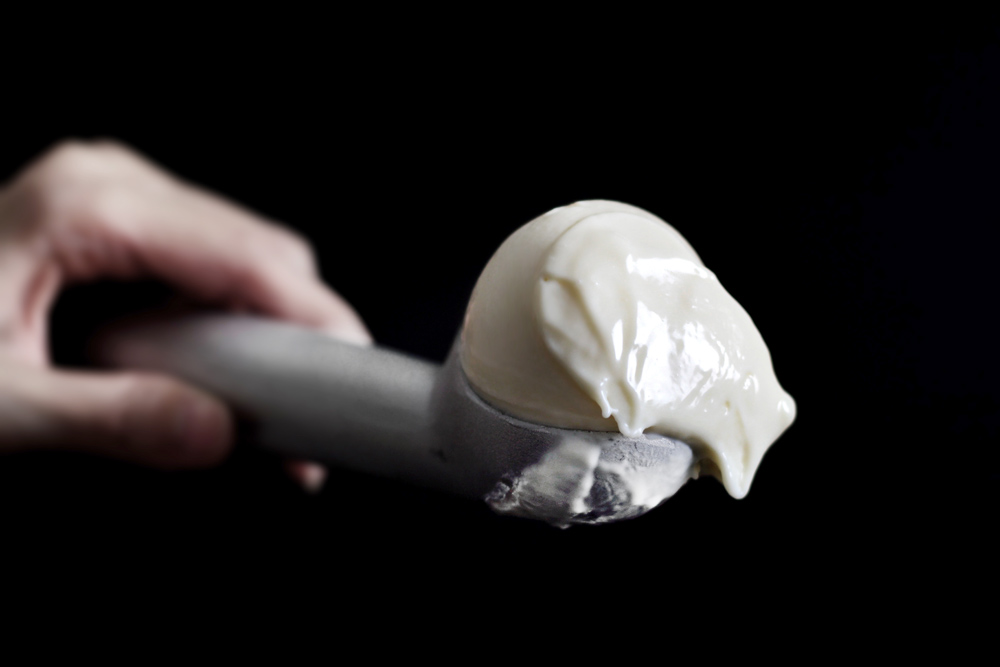 IT IS Fourth of July. You’re busy. I know. Everyone has a list of jobs the length of their arm on Independence Day. Not only do you need to sort out the food, but you’ve also got to consider outfits, decorations (including flags – especially if you are one of the families with residential flagpoles) and generally organizing plans for the day. I get it. But just let me squeeze in a couple minutes of your time because if you missed this, it would be the second greatest mistake of your life. For we all know that the first in rank is always some hair cut (can’t beat that). Guys… this is your emergency Independence Day dessert. A discovery made after a kitchen-mistake of historic proportions, and in corresponding spirit of this holiday, proves again that greatness is often times a by-product of bad ideas. And this, this is the greatest thing that’s ever happened after the establishment of long weekend. What it is, is a gelato. Not any gelato, but the creamiest, virtually zero air-molecules or ice-crystals gelato, that makes itself.

THREE INGREDIENTS ? YOU WHISK ? IT FREEZES ? THAT’S IT!

It can be the base for any gelato flavour imaginable. No machine, churning, whipping cream or whatsoever! And it will look, feel, slide, melt and taste like the magic that it is. Go. Celebrate.

I THINK, THE GREATEST THING THAT HAPPENED AFTER LONG WEEKEND

I used full-fat sour cream which gives the gelato an insanely rich and creamy texture. You can try using low-fat sour cream, or a combination of full-fat and low-fat. Although I am going to predict that the creaminess will reduce as the fat-content goes down…

Whisk sour cream (or creme fraiche), sweetened condensed milk and vanilla extract together until very smooth, and that there’s no lumps of sour cream. Pour the mixture into container and freeze for at least 6 hours to overnight. Serve with fresh or grilled fruits.

Add the blueberries in a small pot with juice of 1/2 lemon and 1 tbsp or more granulated sugar. Cook over medium heat until the blueberries start to give out their juice and have softened, but still retain their shapes. Add freshly grated nutmeg (at least 1/4 nutmeg), mix and chill until needed. Repeat with pitted cherries, or raspberries.

Cut the peaches open and remove the pit (if the peaches are too ripe/soft to do this, just slice the flesh from the pit). Heat the unsalted butter in a skillet over high heat until almost browned, then add the peaches, flesh-side down, and cook until the bottom is caramelized and the flesh has softened slightly. Add the dark rum and granulated sugar and cook until the sauce has thickened. Add freshly grated nutmeg (at least 1/4 nutmeg) and swirl to combine. (I like to wait for the peaches to cool down slightly so they don’t melt the gelato too fast) Serve with sour cream gelato, and more freshly grated nutmeg on top.

A little Fourth of July Sundae never hurts anybody. 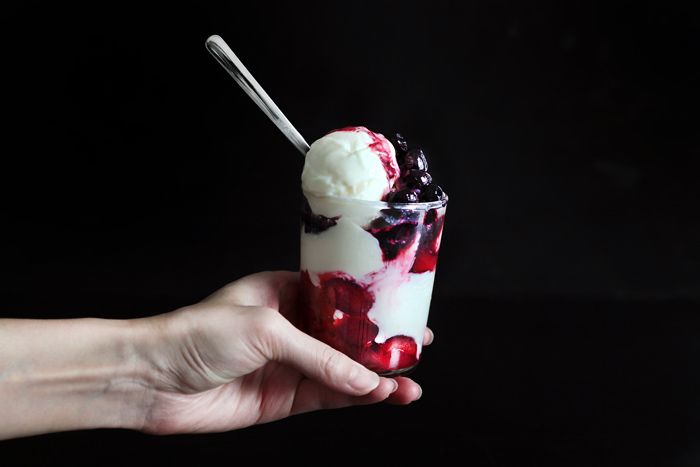 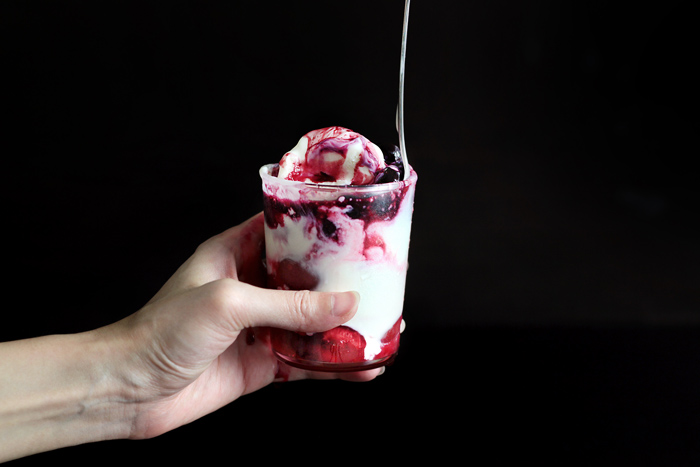 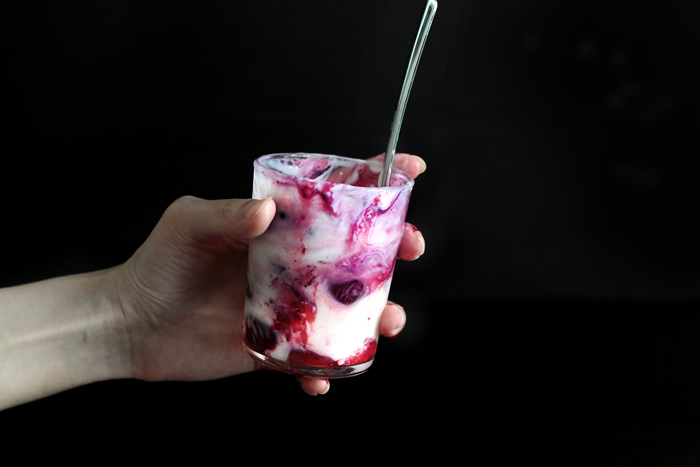 Or just because it’s summer. 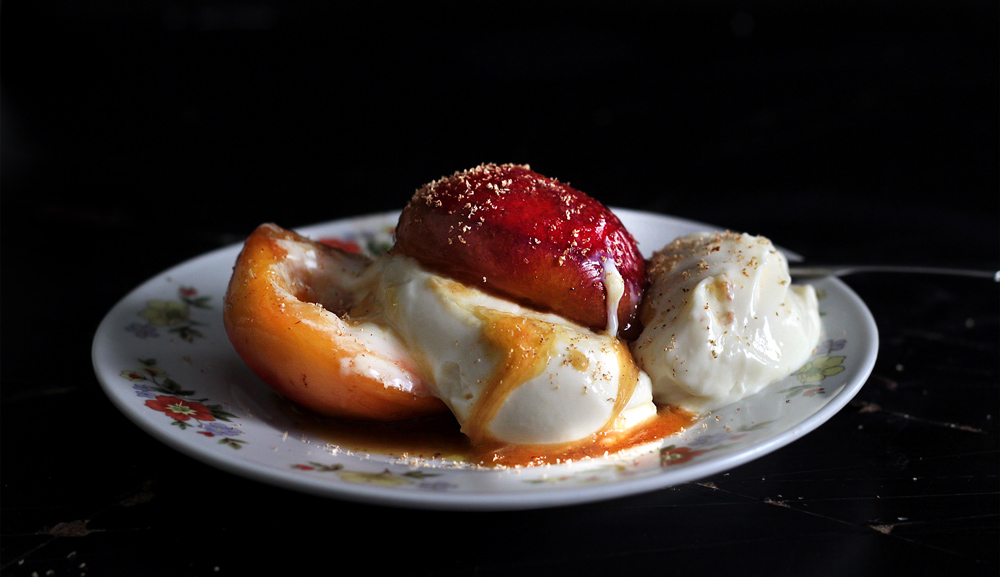