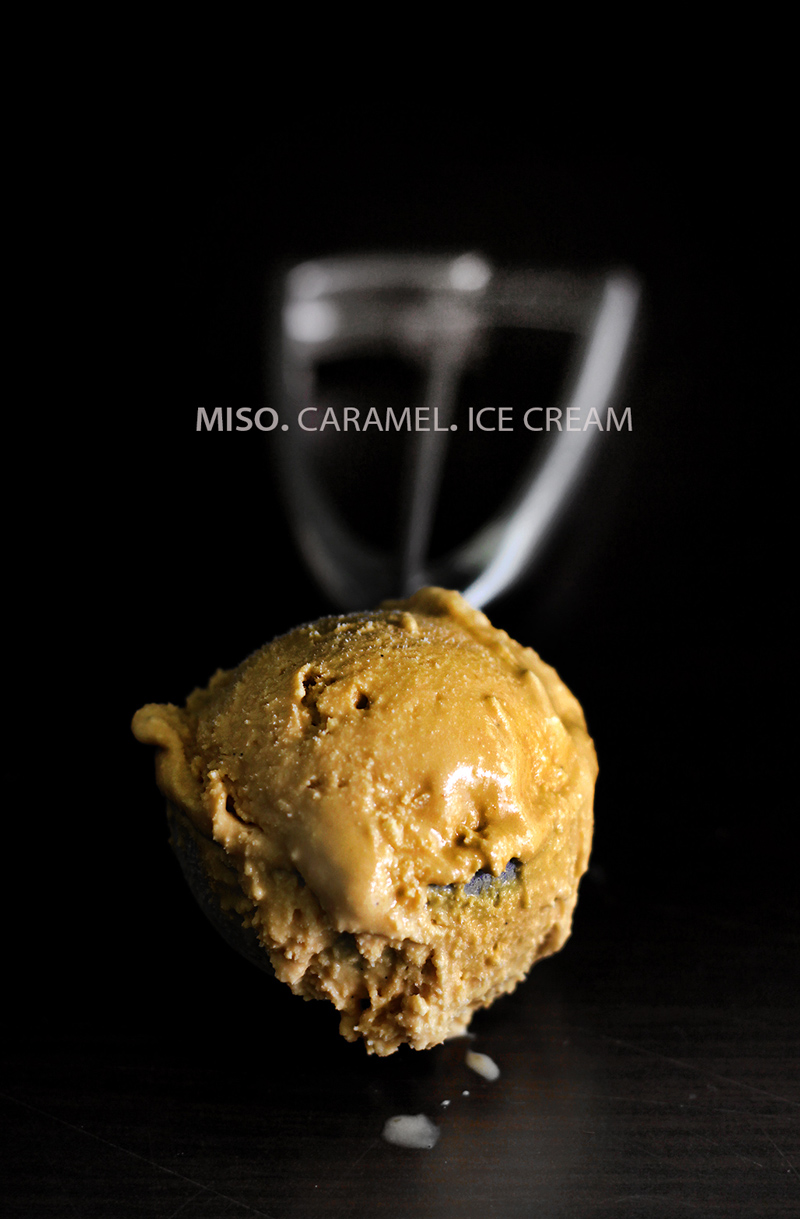 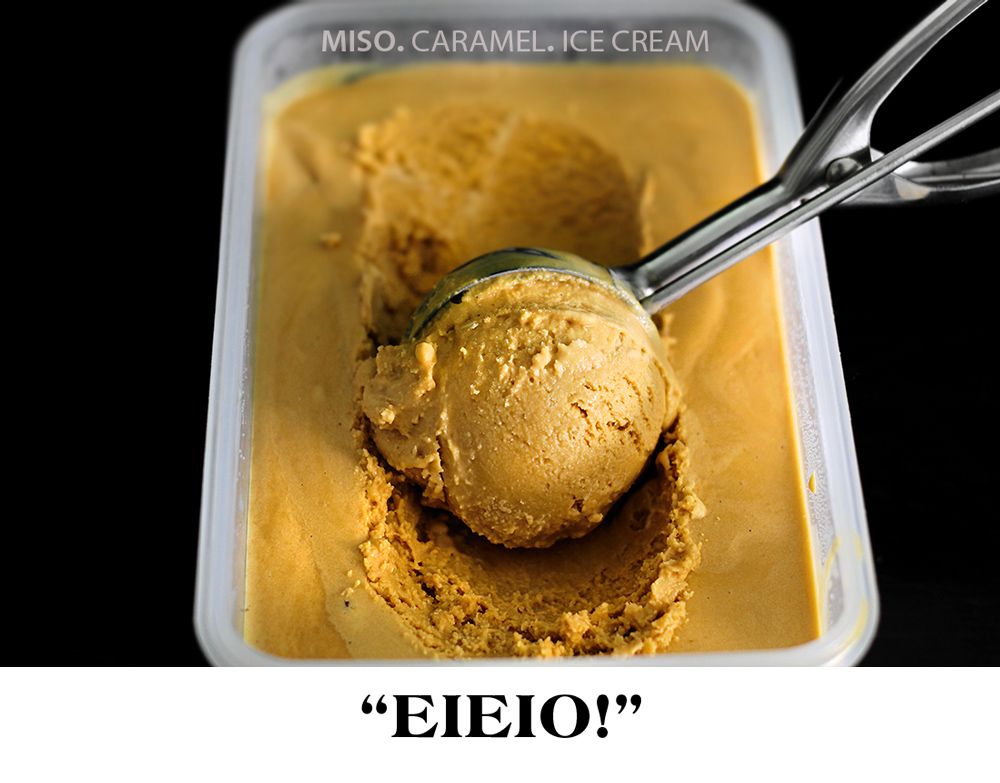 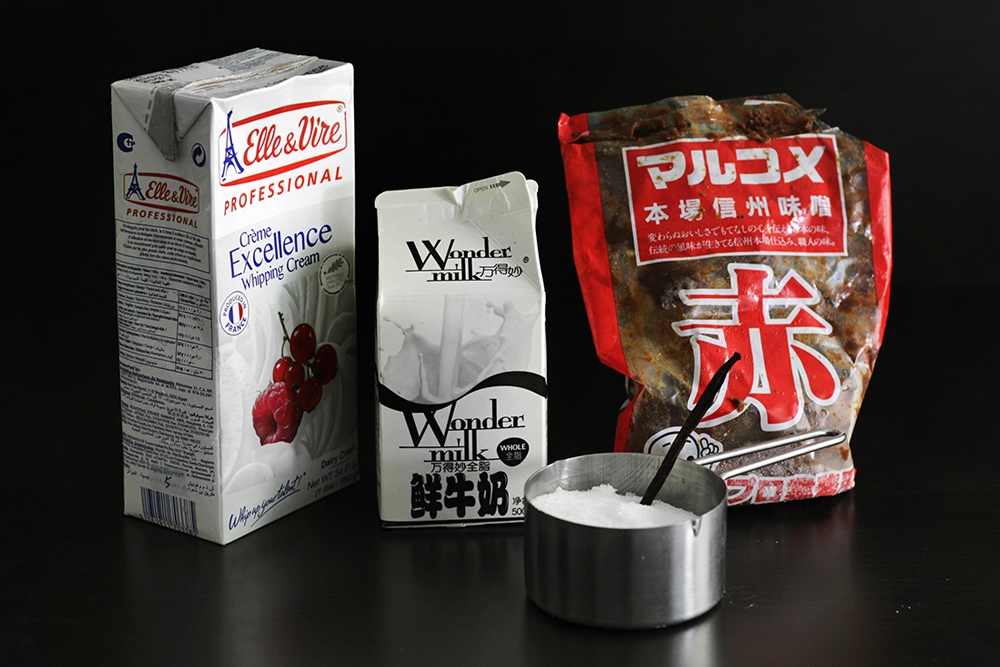 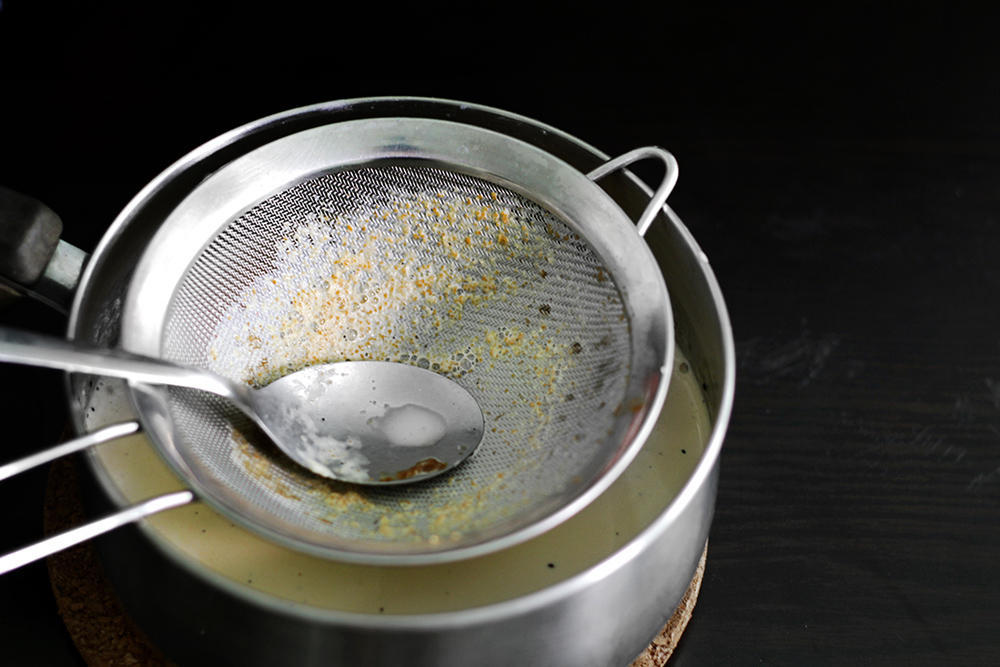 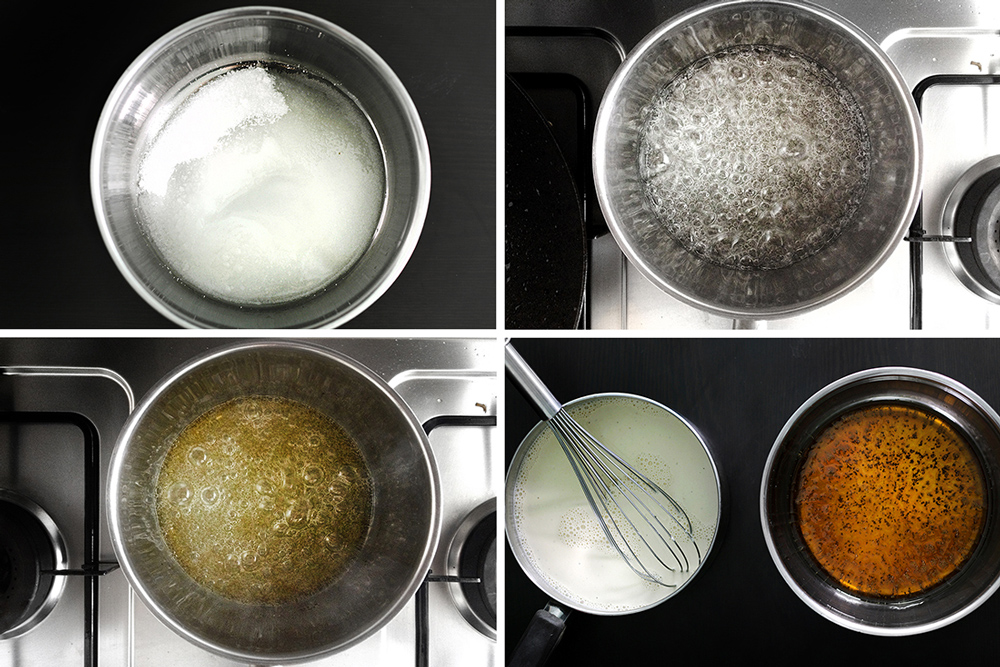 Generally I hold my cheapness as a personality bug too dark and twisted to be cracked until finally, during my last week’s trip to Taipei, a moment of public mortification inevitably came to its (brief) undoing.  It was at my friend’s newly opened gastro-pub Eieio and I remembered looking down at a cup of house-made salted caramel ice-cream, as the cold sensation of melting cream carrying the unmistakable flavour of deep caramel highlighted by a whiff of sea salt was doing a 360º in my mouth, I looked up and asked,

Utter speechlessness, then infinite echoes of verbal self-abuse going round and round in my head… (How dare I frauding the public with food-blog… log… og…)(Don’t even have enough principles to buy good boxed-stuff cream… ream… eam… m…)(What’s that joke of a cream that I bought with the Chinese name I can’t even remember… ber… er…)(Shame… ame… m….) 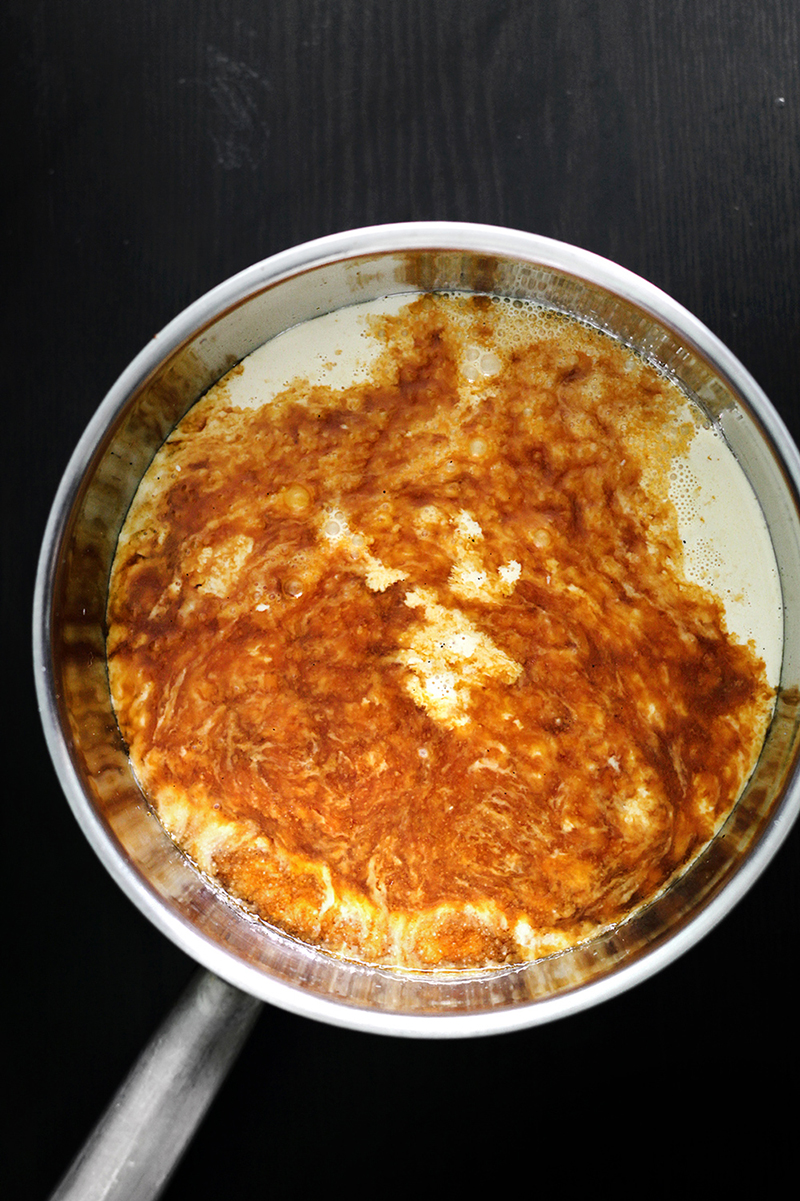 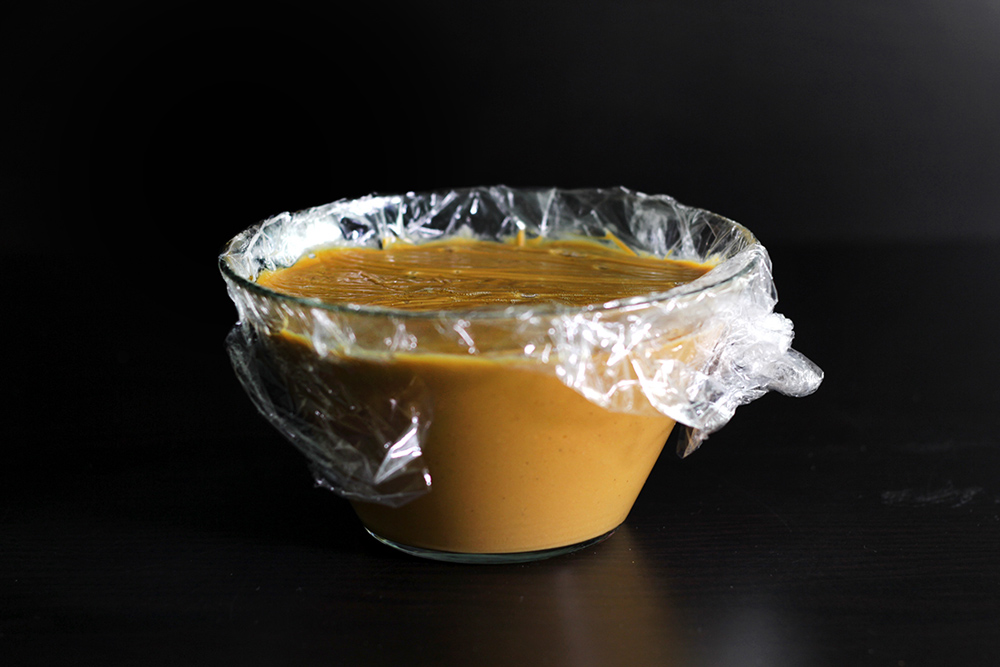 It was time.  For however many years I’ve been banished out of the promised land floated with fresh heavy cream, the other day I went to the store, and bought myself the most expensive “boxed-stuff” in the fridge.  I’m not saying it didn’t hurt.  But I’m definitely NOT saying it wasn’t worth it either, oh no.  For all this time, aside from the other lighter, more, milk-based, gelato I have made before, this is the closest I’ve gotten to a real “ice-cream”, flavour-wise, texture-wise, and inconveniently, shh… calories-wise.  It carries the kind of dense, almost chewy body that only a high fat-content can provide, and it doesn’t taste sorry to say the least.  Invigorated by what I had in Eieio, I dedicated my first self-intervention to a miso caramel-idea that I’ve long been curious about.  The miso paste adds not only saltiness, but an unique, nutty back-note that’s almost unidentifiable, but unmistakably there.  It tastes like the deepest Werther’s candy with a mysterious kick.  I can’t even begin to imagine how good this would be with real fresh heavy cream… 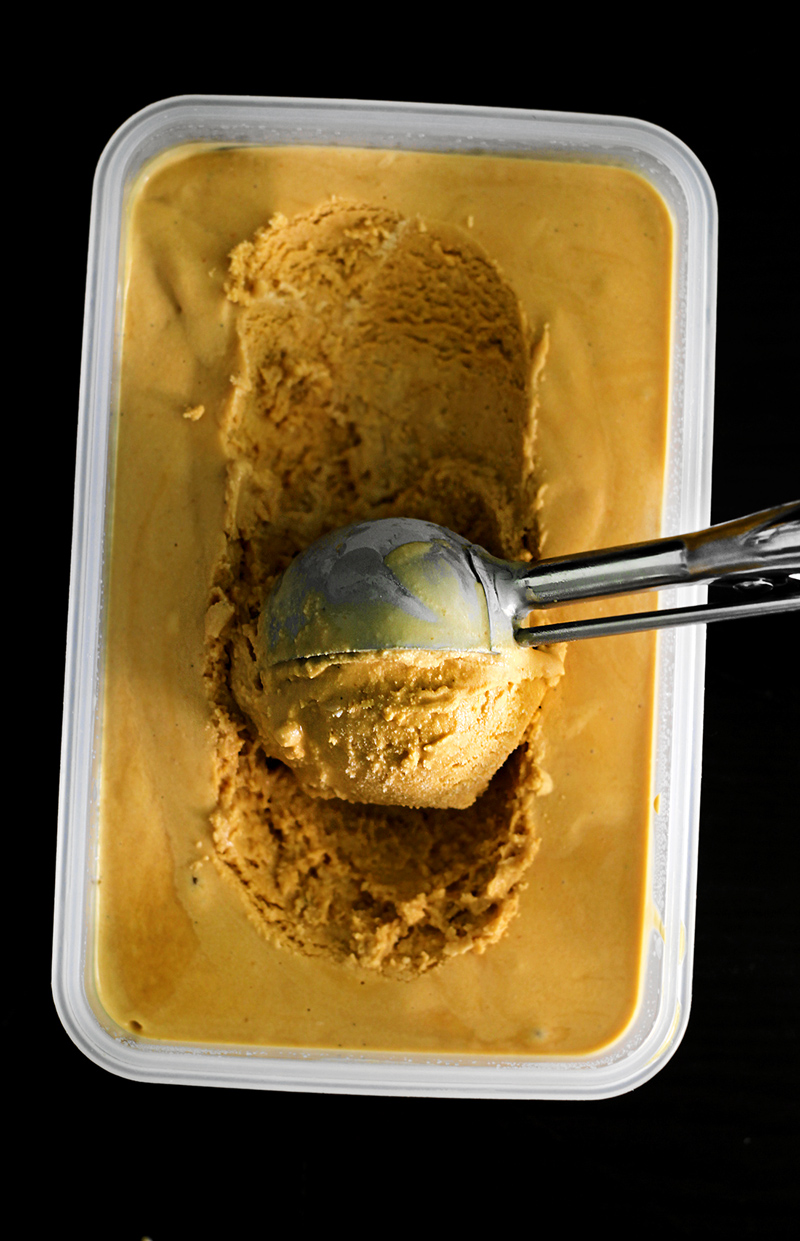 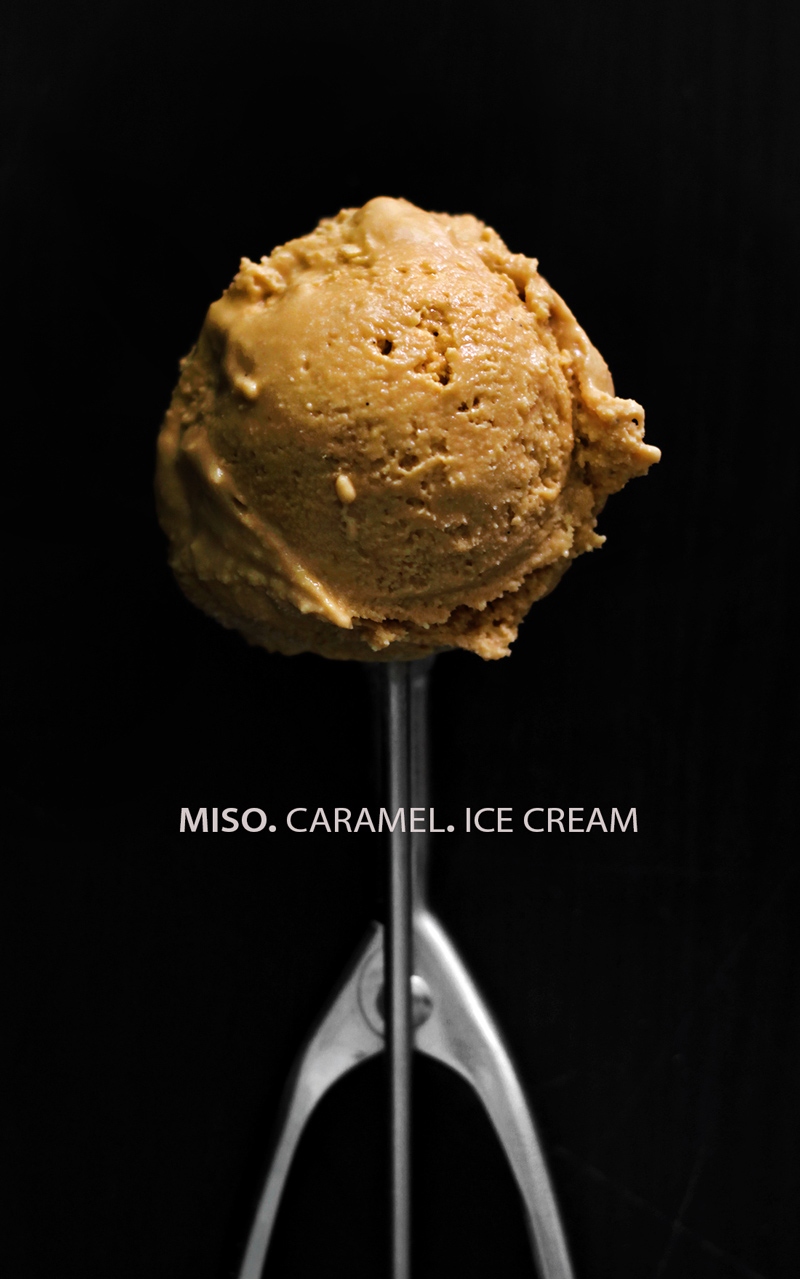 Most miso-related dessert recipes use white miso, a milder and lighter colored variety.  I happened to have only red miso on hand so I swapped it in a reduced amount.  If you plan to use white miso, you can increase the amount to 1 1/2 tbsp.  But regardless of what type of miso you use, there’s a detail in how you dissolve it into the liquid you are preparing which many recipes fail to mention.  Miso isn’t a completely smooth puree.  It contains a lot of grainy bits left from the grinding of the soy beans.  To prevent these grainy textures from ruining the dish, miso is usually dissolved through a very fine sieve.  You’d be surprised how much “sandy” stuff is left behind.

Cut open 1/3 of a vanilla bean and add to a pot with whole milk and heavy cream.  Bring to a very low simmer then turn off the heat.  Press on the vanilla bean with a spoon to extract as much vanilla seeds out of it as you can, then discard the pods.  Dissolve the red miso into the milk mixture through a very FINE sieve.  Once completely dissolved, discard the grainy stuff collected on the sieve, and set the milk mixture aside.

In another pot (at least 6 cups in volume), add the sugar and water.  Set the pot over medium-high heat and you’ll see the sugar starting to melt and bubble.  Give the pot a gentle swirl occasionally to ensure even heating.  Once the sugar turns to a light brown colour, REMOVE from the heat and keep swirling it gently.  The colour should continue to darken even when it’s OFF-HEAT.  If the sugar seems to have cooled down (after 1 min or so) before it reaches a rich amber colour, return to the heat until the sugar starts to bubble again slightly.  Then REMOVE from the heat again to let it deepen in colour.

Once the sugar (which is now caramel) reaches a rich amber colour, pour the milk mixture in.  It should bubble up in the beginning (hence the importance of a deep pot).  Whisk a few tbsp of the mixture with corn starch together in another bowl, then pour it back into the pot.  Set the pot over medium heat and cook/whisk until the mixture thickens and bubbles slightly.  Caramel tends to loose a bit of sweetness so you can adjust it by adding up to 1/8 cup of sugar.  Turn off the heat and transfer the mixture to a bowl.  Lay a piece of plastic wrap (heat-proof) right against the surface of the mixture to prevent a skin from forming.  Chill in the fridge for at least 6 hours.

Churn the mixture into soft ice-cream according to the ice-cream maker’s instruction.  Freeze until hard in an air-tight container. 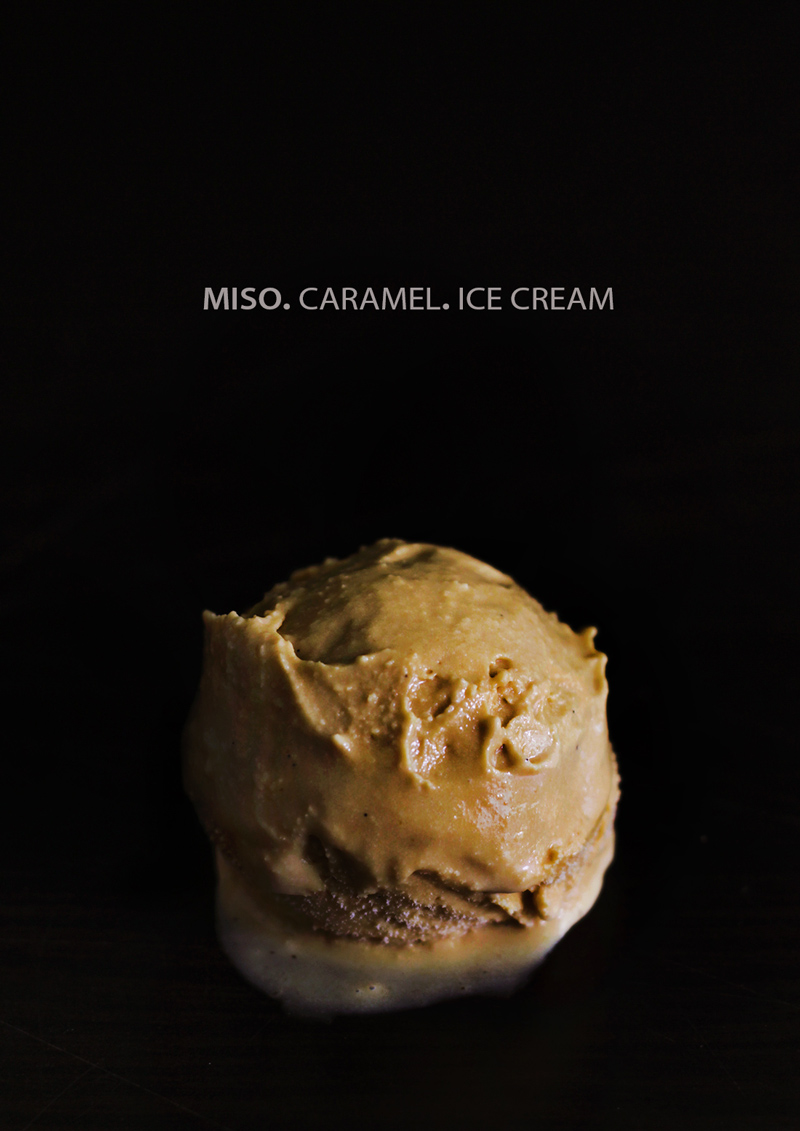