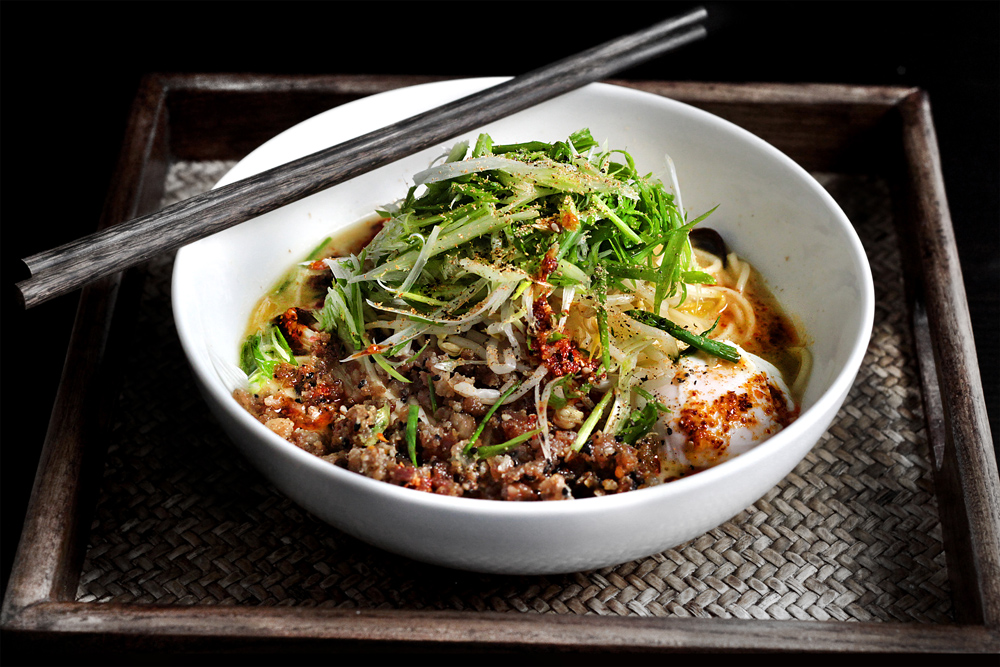 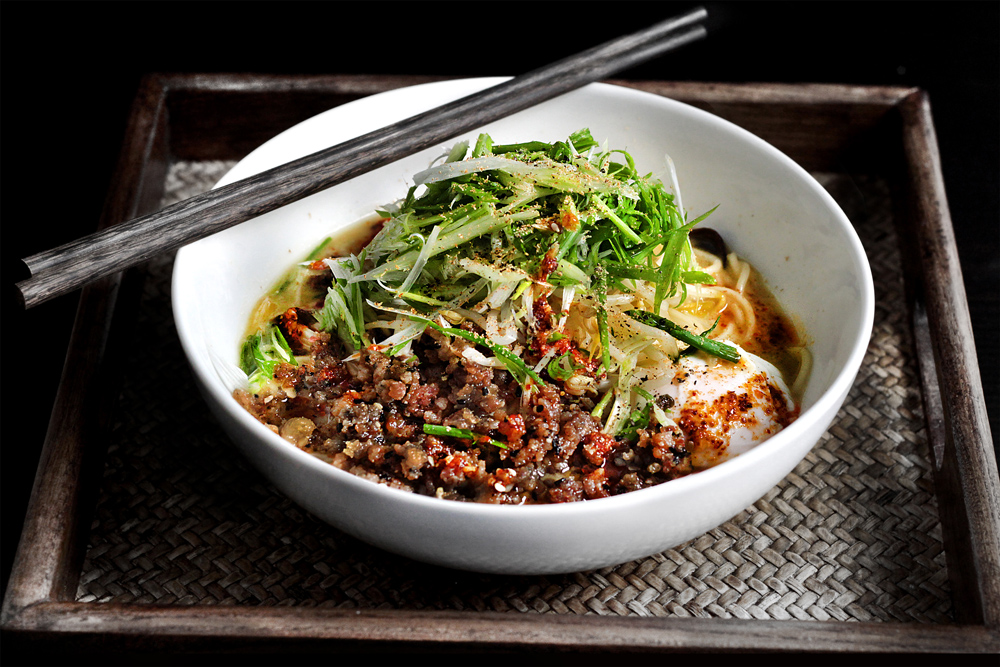 SOMETHING truly unexpected happened this morning.

Something that, as far as I can remember, has never before happened to this under-exercised but nonetheless, well-conditioned casing of white-meat.  In the wee hours of this morning as a standard procedure, I rolled over in a complex twist and tango with my blanket and pillows as how it’s been professionally done in the past three decades, and in a turn of event, inexplicably…

How the hell did that happen I have no idea, but I’m now muscularly decapitated.  Not only speaking to you with the non-photogenic side of my face in a zombie-like tilt, but perhaps it’s worth mentioning as well, feeling… understatedly uncomfortable.

This is very untimely indeed.  Because I have something that’s worth my every bit of literary effort to advertise, but somehow, sitting stiffly in front of a computer screen sounds and feels like a very bad idea right now.  So if I seem… out of words about this absurd, three cheese mazemen, inspired by Ivan ramen no doubt, don’t think of it as I’m slacking off.  Instead, think of this recipe as – and it truly is – beyond the reach of mortal vocabularies.

This recipe is actually a symptom of a condition that I’ve been suffering since I left New York, called cultural separation anxiety.  Compared to a relatively chilled attitude towards culinary fads and hypes while I was still in New York, I’m now constantly obsessed about what’s happening in a food-scene that I’m no long a part of.

And recently, it sounds like this Ivan guy is creating a lot of ruckus. 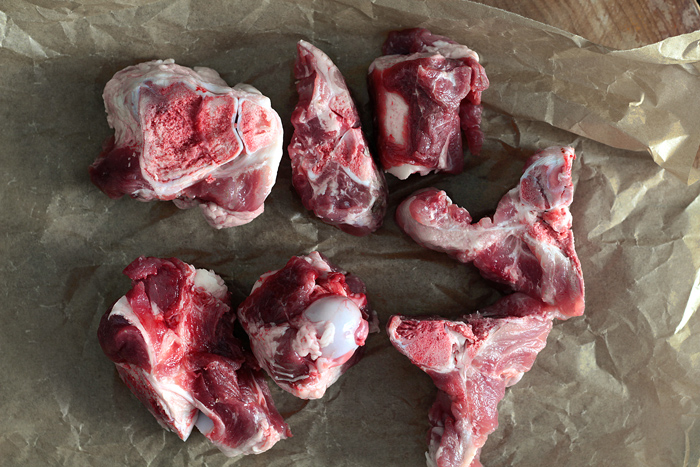 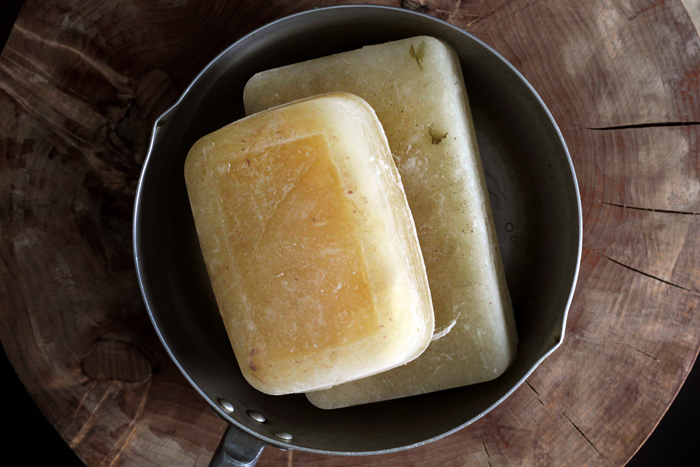 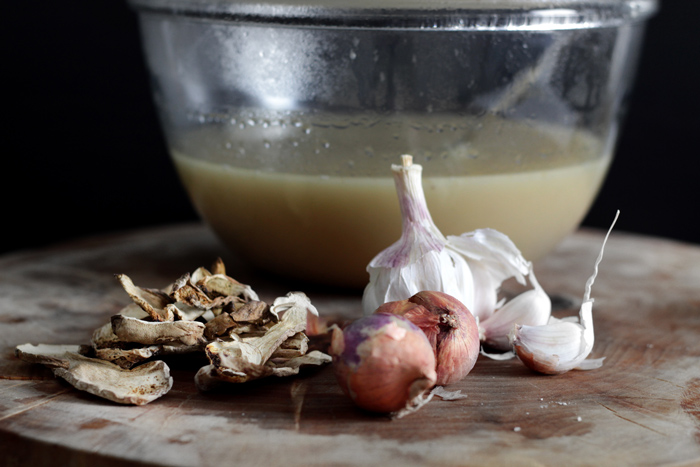 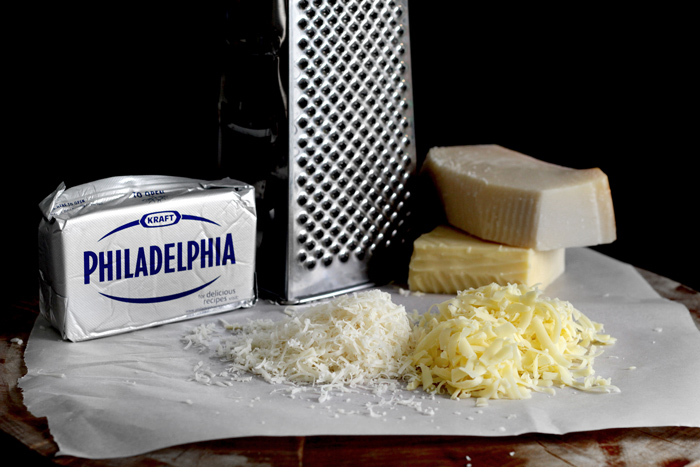 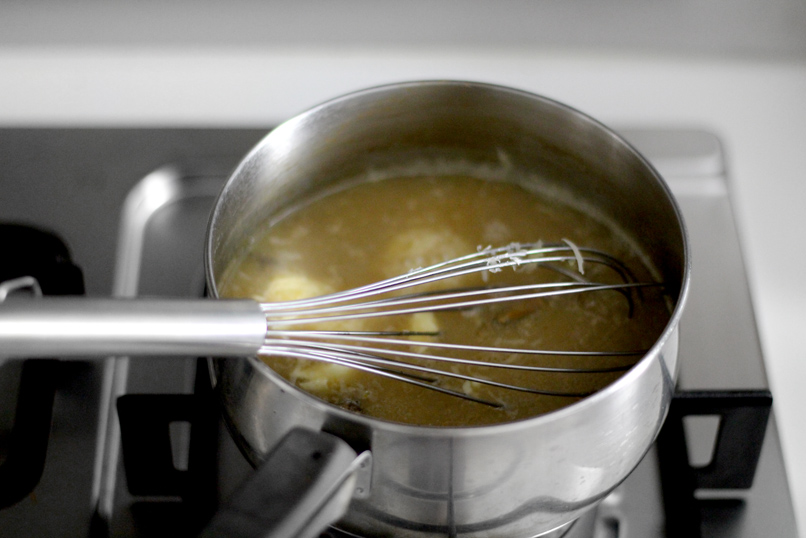 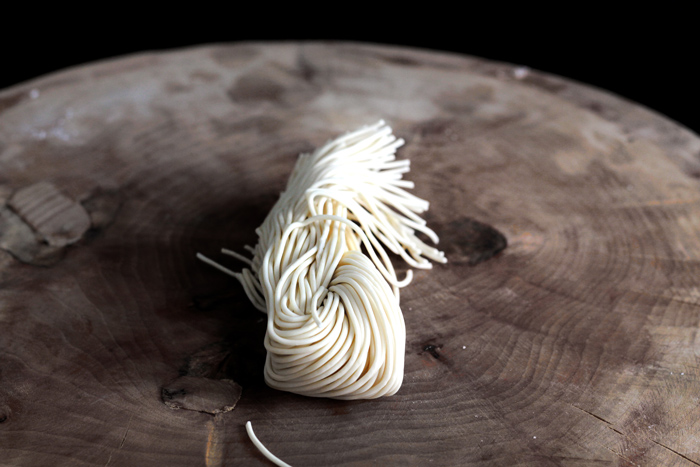 Aside from the more familiarized styles of ramen that’s served in soup, or tsukemen as cooked noodles served with a dipping “soup-sauce” on the side, he seems to be popularizing a new style-hype called, mazemen.  What the hell is mazemen, and why is it legit?  Not only legit, but ingenious actually.  It snugs comfortably between a soup-ramen, and dry ramen (noodles dressed with just enough sauce to coat), making it kind of like a one-bowl tsukemen, where noodles are sitting in a generous amount of intensely flavoured “soup-sauce”, plus toppings.  It solves the eternal struggle of ramen-chefs and customers alike, to witness a good portion of the precious broth – the liquid soul of a chef who might have spent days forging out of his cradle of passion – being left wasted in the serving bowl… like a puddle of dead water, after everything else that took much less effort was otherwise consumed.

But with mazemen, just the right amount of highly flavoured soup is spared with each portion of noodles.  Highly flavoured as in, things that would otherwise make a “soup” too intense to drink, is being unleashed in an all-out ramen-extravaganza.  Like say, a soup infused with a three cheese combo?  Seriously, ingenious!  Might as well call it, a-mazemen!

But of course I understand that for most of you out there, the cradle of passion may not rock as violently as a ramen-chef.  There’s no shame in that, right, speaking from a person who published a completely pirated version of the sacred spicy miso ramen, and this time, without even consulting Ivan’s cookbook,  I’m not sorry to do it again.

Although this recipe may seem labour-intensive, believe me when I say that it’s already simplified and streamlined in 10-folds compared to a full-blown ramen operation (trust me, I have a book on that, and if you’ve read it, too, you’d appreciatively lick every single drop of soup from your ramen-bowl from now on).  A relatively easy and cheater-base stock is created in a speedy 4-hours time (hey, compared to say… 2 full days?).  Then every cheating soup-flavouring protocols known to noodle-pirates are implemented to bring this bowl as close to the real deal as I possibly can.  Is it at least, inarguably awesome, as far as noodle-pirates are concerned?

You bet it is.  I’m putting my neck on the line… 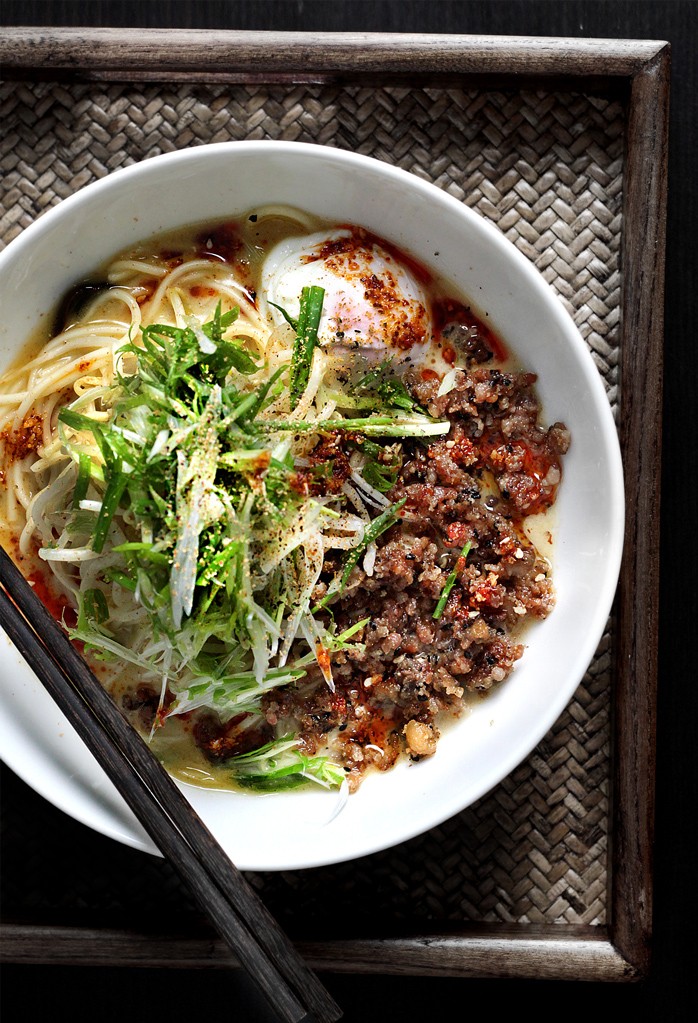 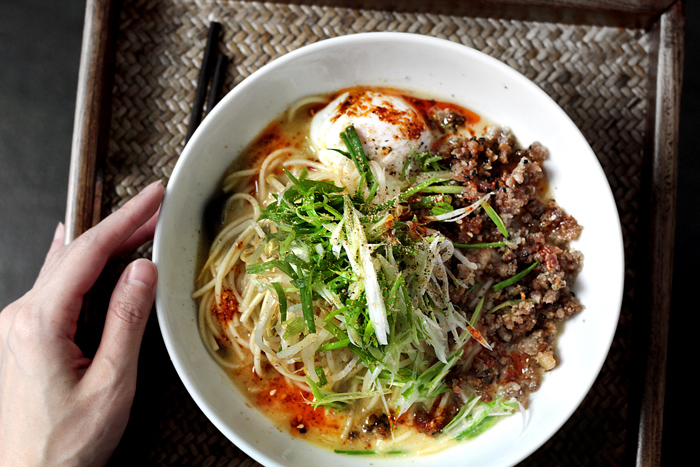 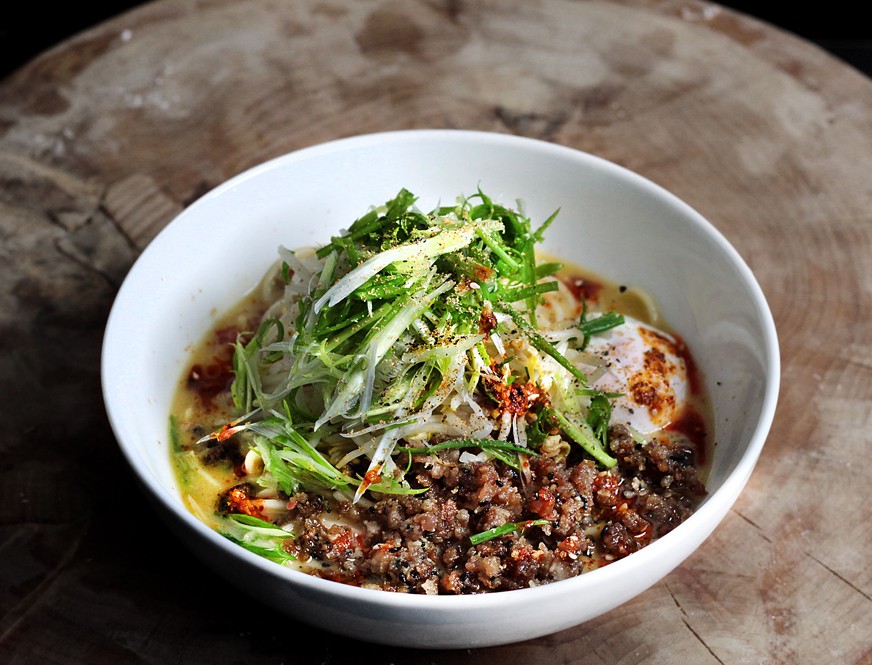 The stock-technique of Japanese pork-based soup ramen will conflict everything you think you know about making stocks, that’s if you were French at least.  Forget what you know about low-and-slow of a bare simmer aiming at a clear stock.  It’s all about boiling the mixture into submission and get it to a milky and opaque state.  Then of course, lots of other steps and flavour-layering come after that (adding bonitos, konbu, dried anchovies and whatnots) but, we’re gonna cheat by using Japanese soup base.

It’s important to note that I start the base stock with homemade, unsalted chicken stock (flavoured with onions only) because I almost always have it in my freezer.  If you are going to use store-bought, it’s paramount that you buy chicken stock without salt, AND without the flavourings of thyme, rosemary, parsley, bay leaf or any other western herbs.  When in doubt, buy canned stock from an Asian brand.  But then again, it’s quite difficult to purchase stock that’s completely salt-free.  So if you want to just use water for the base stock, then add to the recipe of base stock: scrap-bones from 1 whole chicken, or 8 chicken wings.

The recipe for base stock will make for 8 servings, and can be made up to 3 days ahead and kept in the fridge in an air-tight container, as well as most of the toppings.  However, the final preparation for the actual three-cheese-broth has to be done right before serving, so I only documented the amount for 2 servings.  If you’re making for 4 people, double the three-cheese-broth recipe, and so on and so forth.

Most ramen restaurants like to serve ramen with sliced chashu (roasted/braised pork), but I beg to differ.  I like minced pork.  It’s kind of an accidental epiphany after my spicy miso ramen-express experiment, and I think it just incorporates better into the overall dish.  But if you like large slices of pork, I also included a quick recipe for that.

To make the base stock (can be done up to 3 days ahead):  Combine pork back-bones, pork shank-bones (and chicken bones or wings if you are using), scallions and ginger in a large pot.  Cover with cold water and set on high heat to bring to a boil.  Cook for 4 ~ 5 minutes after boiling, then careful pour everything into the kitchen sink with cold water running.  Wash/scrub off any scums and impurity from the bones (and chicken bones/wings if you’re using), as well as thoroughly clean the pot.

Return the cleaned bones to the cleaned pot, then add 12 cups of chicken stock (or water if you’re adding chicken bones/wings), shallots, carrot and black peppercorns.  Return to high heat to bring to a boil, then lower the heat down to medium to maintain a constant (but not splattering) boil.  Cook the stock for at least 3 hours, to 4 hours (depending on what you can manage.  the longer it cooks the milkier it gets).  Shred and break up any bones/meats during cooking once they have soften (to release more flavour), and every time the liquid is reduced below 2/3 (meaning less than 8 cups left), add 2 cups of water to bring it back.  When you’re done, the base stock should be milky and opaque with bits of marrows and fat floating on top.

Strain the base stock through a sieve, and press on the scrap-meats and vegetables to extract as much liquid as you can.  You should have 8 cups of base stock.

To make the three cheese broth (for 2 servings only):  This has to be prepared right before serving.

Heat 2 cups of base stock with dried porcini mushrooms over medium heat.  Cook for 5 min until the mushrooms have completely soften and released the flavours into the soup.  Meanwhile, cook the fresh ramen noodle in another pot in boiling water.  Add the grated shallots, grated garlic, Japanese soba sauce base, sea salt and black pepper to the broth and cook for another min.  Then add cream cheese, grated white cheddar, grated Parmigiano cheese and fresh nutmeg, and whisk until the cheese has evenly melted (there may be stringy cheese that doesn’t fully melt, it’s ok).  Taste and re-season with sea salt if need be (note that this is more of a “sauce” than “soup”, so it has to be boldly seasoned).

To take the sharp edge off raw scallions, soak the thinly sliced scallion in water for 1 min then drain. 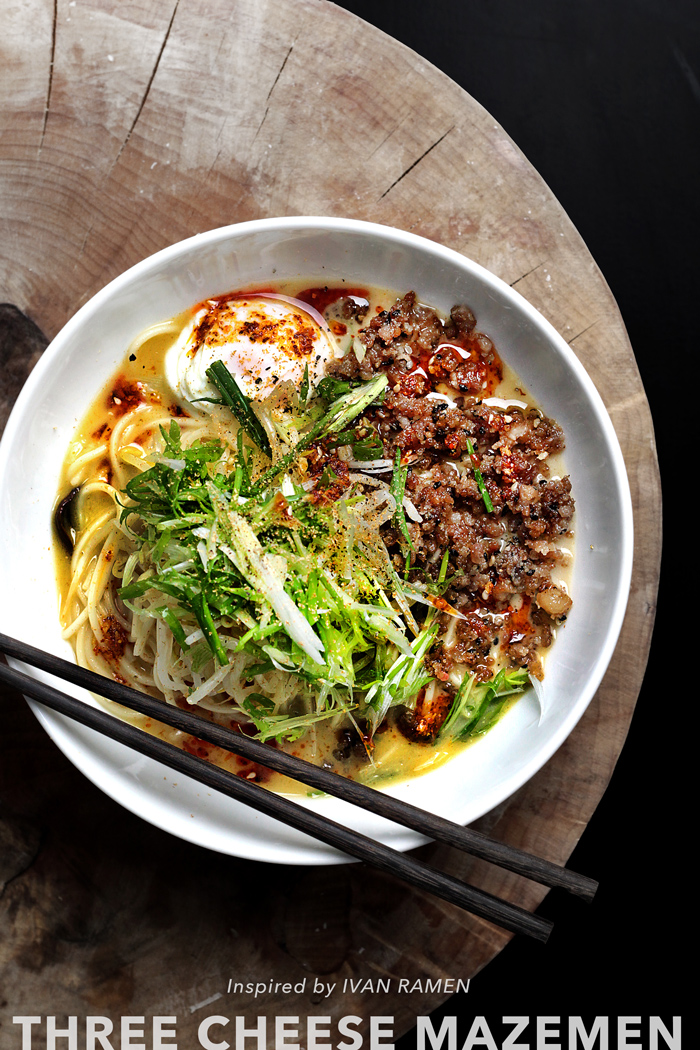 To prepare the toppings: 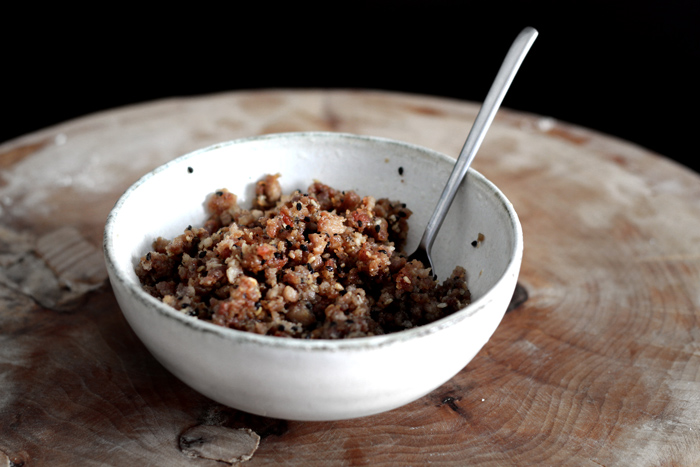 PARMIGIANO AND SESAME MINCED PORK: (enough for 4 servings)(can be made up to 3 days ahead)

Mix ground pork-shoulder, cornstarch, black and white sesame seeds, and salts together until even.  Heat the toasted sesame oil in a non-stick skillet over medium-high heat.  Cook the ground pork until no-longer pink, and break it up as finely as you can with a wooden spoon.  Add the grated Parmigiano and keep cooking until the cheese is caramelized and browned.  Set aside until needed. 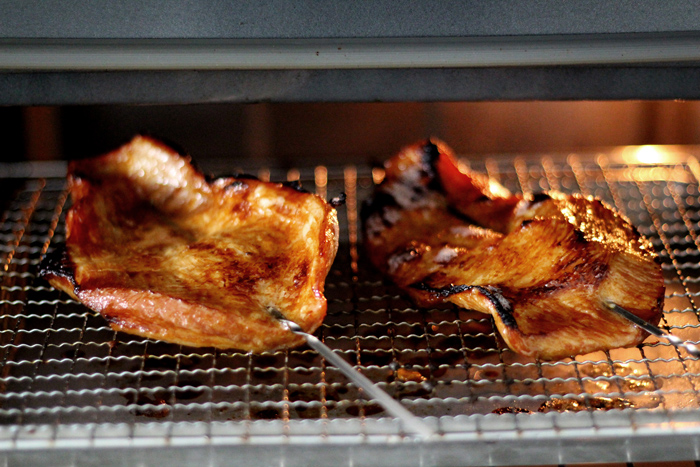 SOY SAUCE GRILLED PORK NECK: (enough for 8 servings)(can be made up to 3 days ahead)

Pork neck is an Asian-specialty cut.  There’s only one small piece from every pig near the jaw, that’s perfectly marbled between fat and muscle.  It’s the short rib of pig.  But it can be hard to find, so if unavailable, you can substitute with pork belly (but trim most of the top slab of fat off).

Marinate everything together for at least 2 hours.  Preheat the top-broiler on high.  Remove the mashed garlic, then skewer the pork neck length-wise to prevent curling-up during cooking.  Place 3″ under the broiler and cook until charred and caramelized on one side, then flip and repeat on the other side.  Let the meat rest until completely cooled before removing the skewer.  Slice before serving. 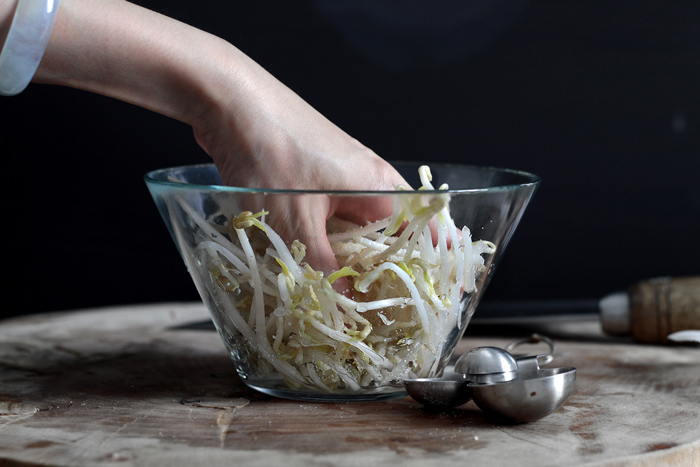 PICKLED BEAN SPROUTS: (for 2 servings)(has to be prepared right before serving)

Gently mix bean sprouts with salt, sugar and rice vinegar.  Let sit for 10 min, then squeeze out as much liquid as you can from the bean sprouts.  Set aside.

FOR HOT SPRING EGGS:  Recipes on here, here and a final comprehensive guide.