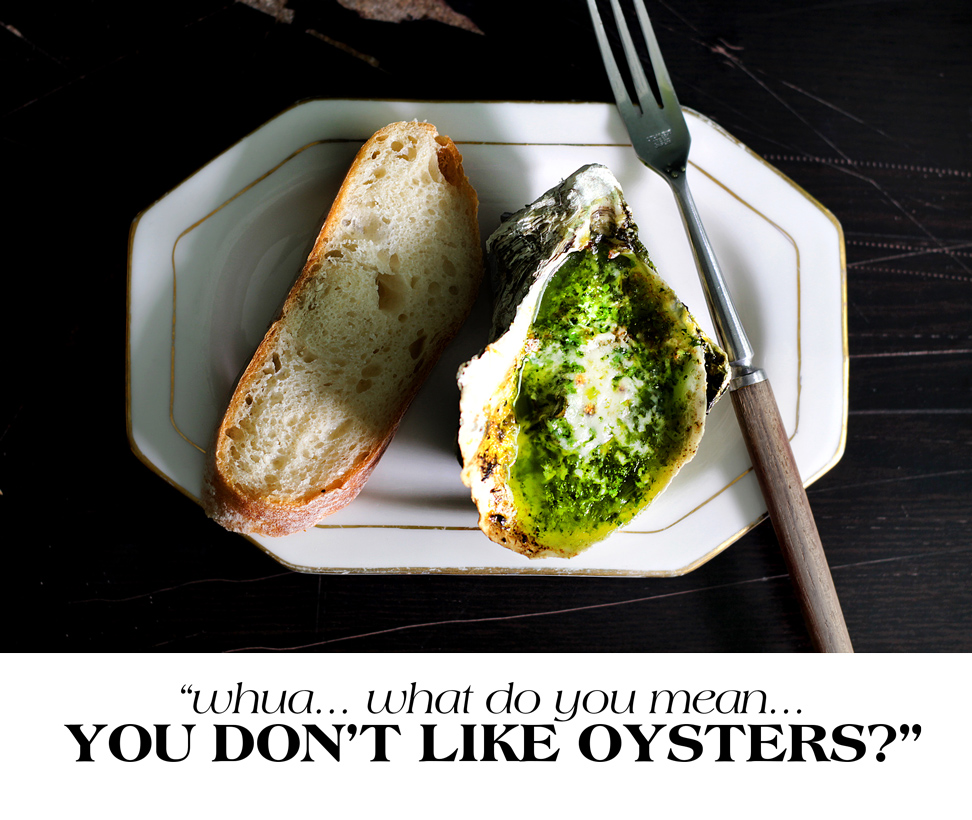 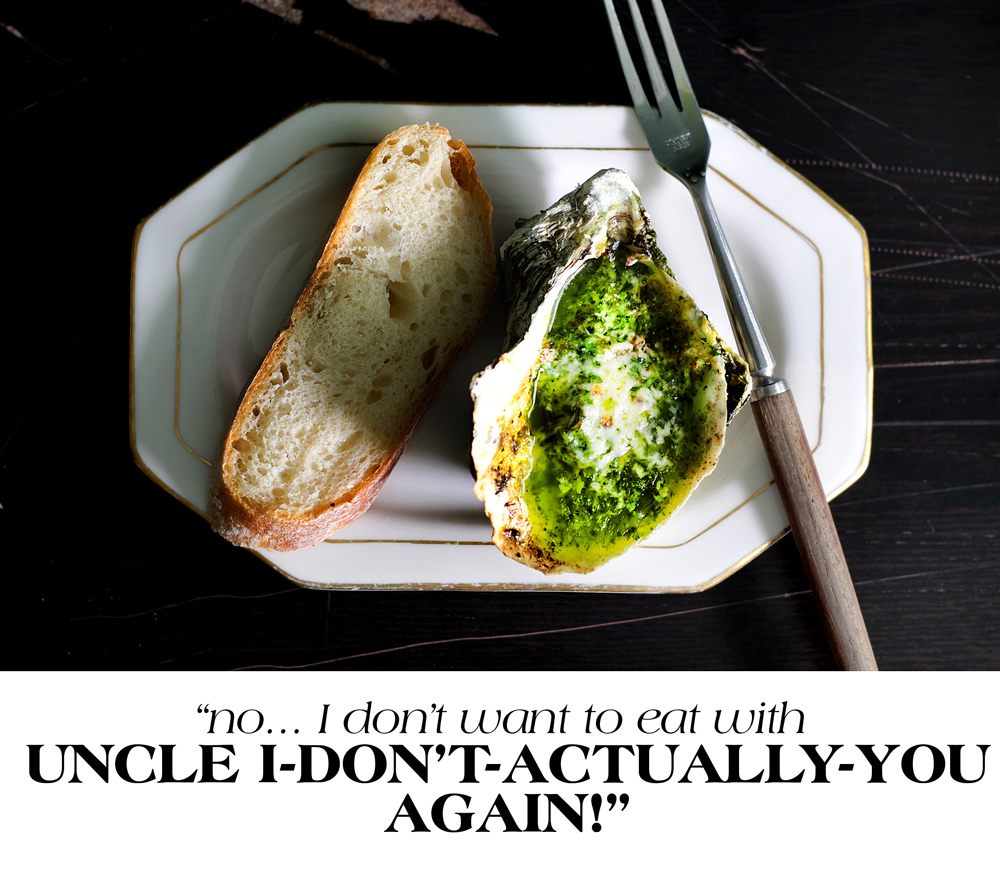 Argh!  Family holidays (Yes, mom, what!?)… the only kind that (wait, can’t you see that I”m… what?!) leaves you more stressed than rested (no, NO, for the last time I don’t want to eat with Uncle I-don’t-actually-know-you again!) afterwards…

As I’m still peddling through mine, I’ll quickly leaving you an awesome party appetizer idea that acts like a bread-dip that comes with its own serving-dish!  One of the most fiercely beautiful and yummy thing I made before I began my Christmas stress-a-thon, when I could still take a piss without anxiety.  So enjoy.  It’s almost New Years Eve.  Breath in… breath out… 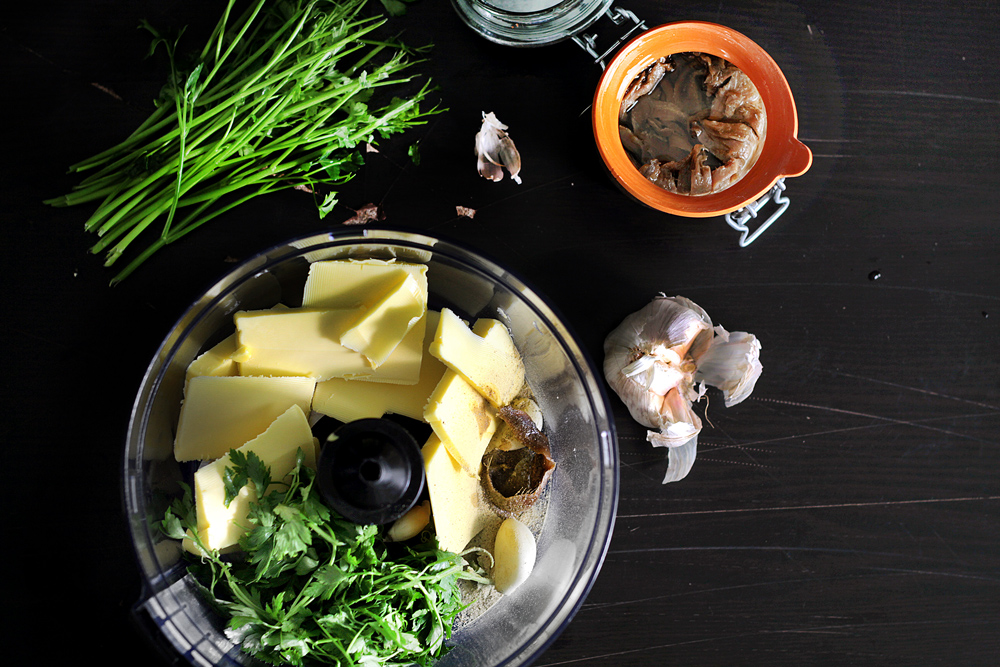 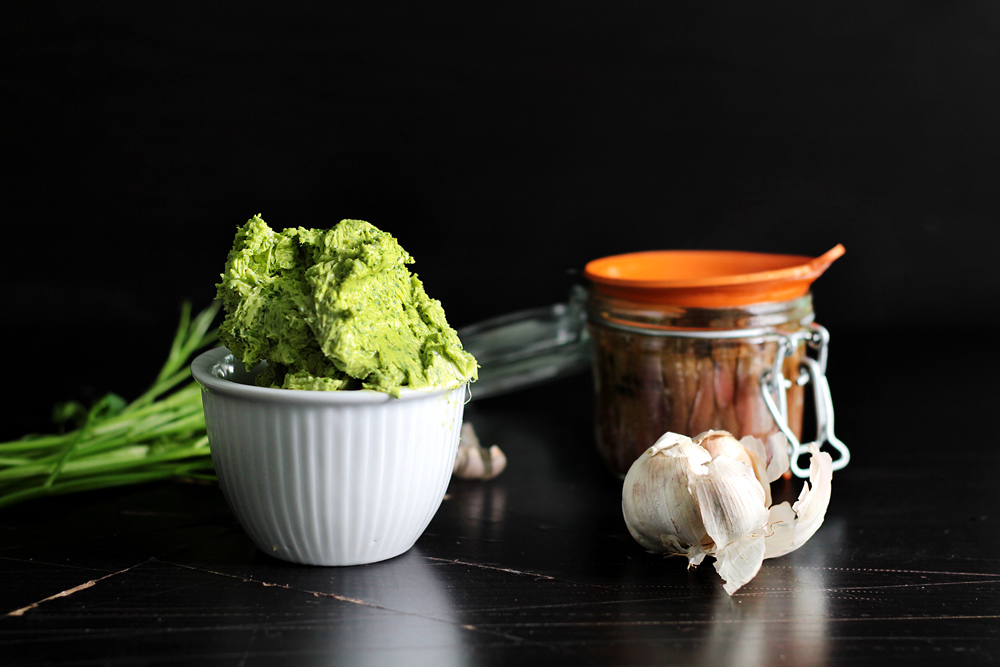 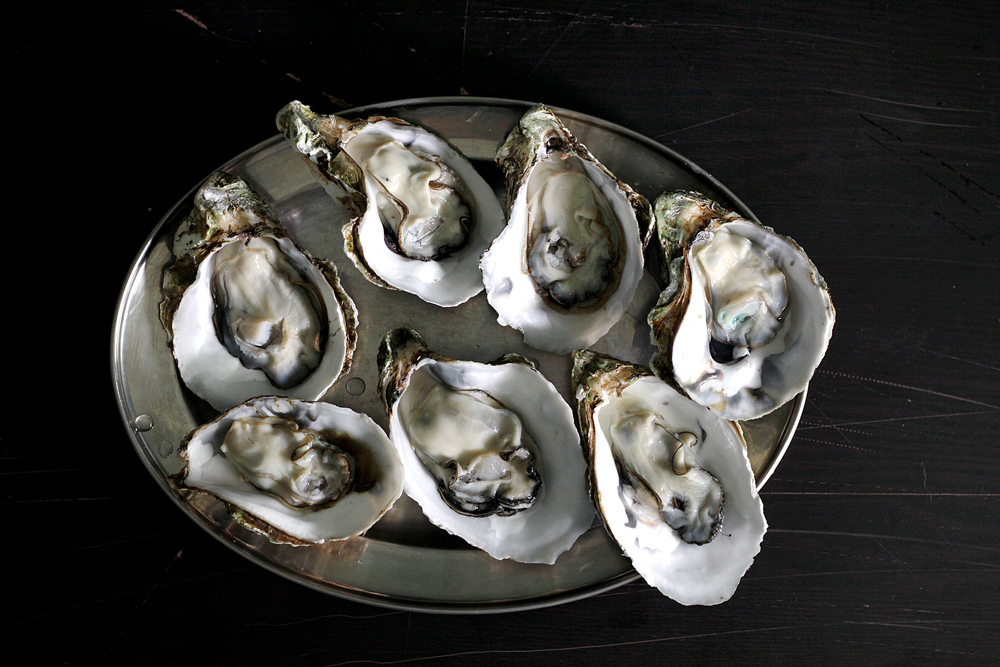 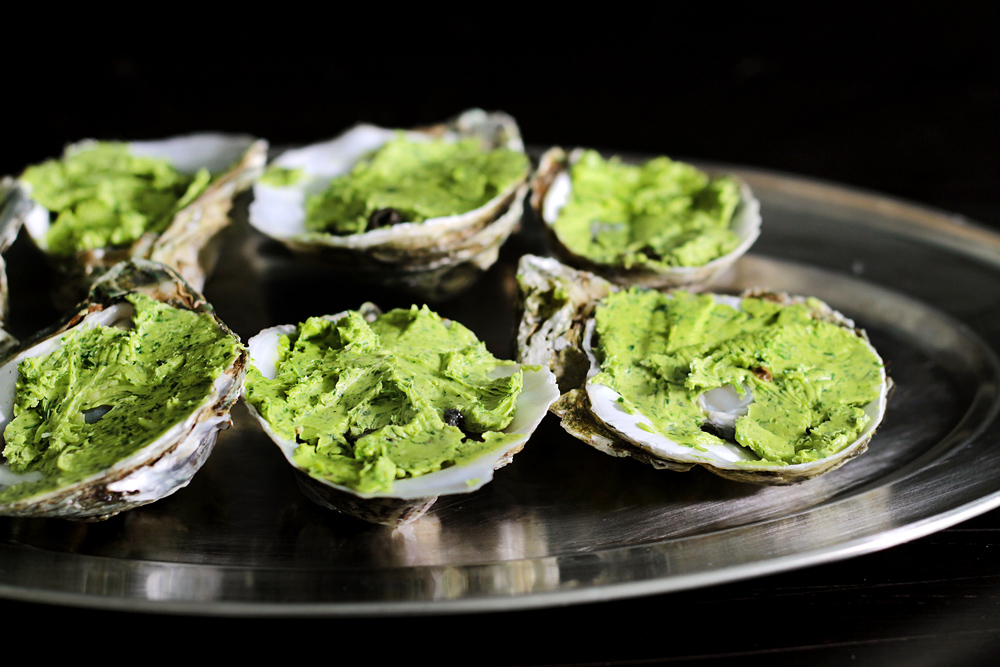 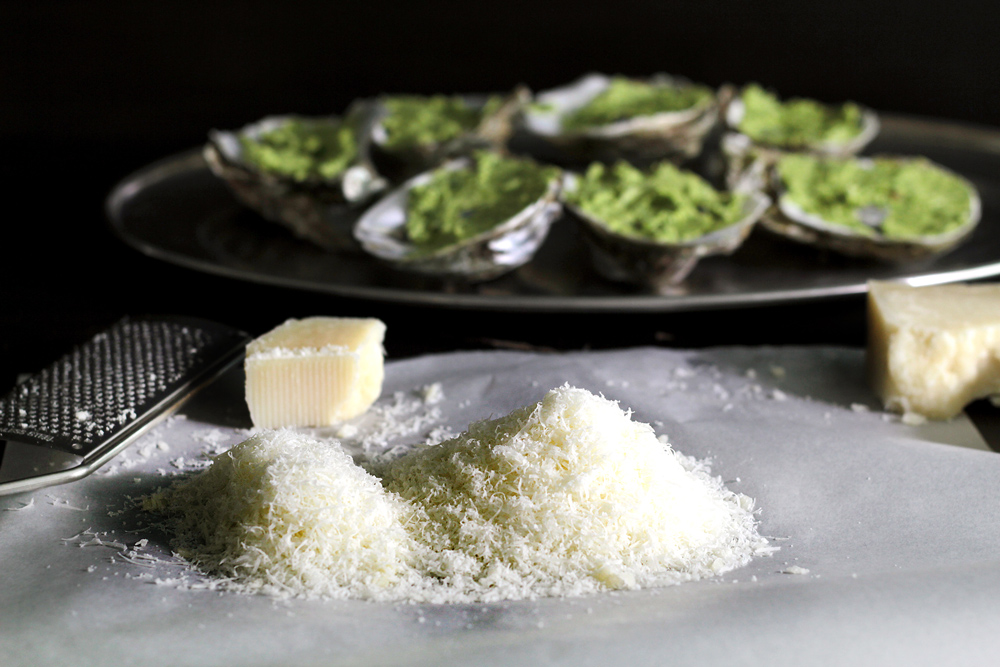 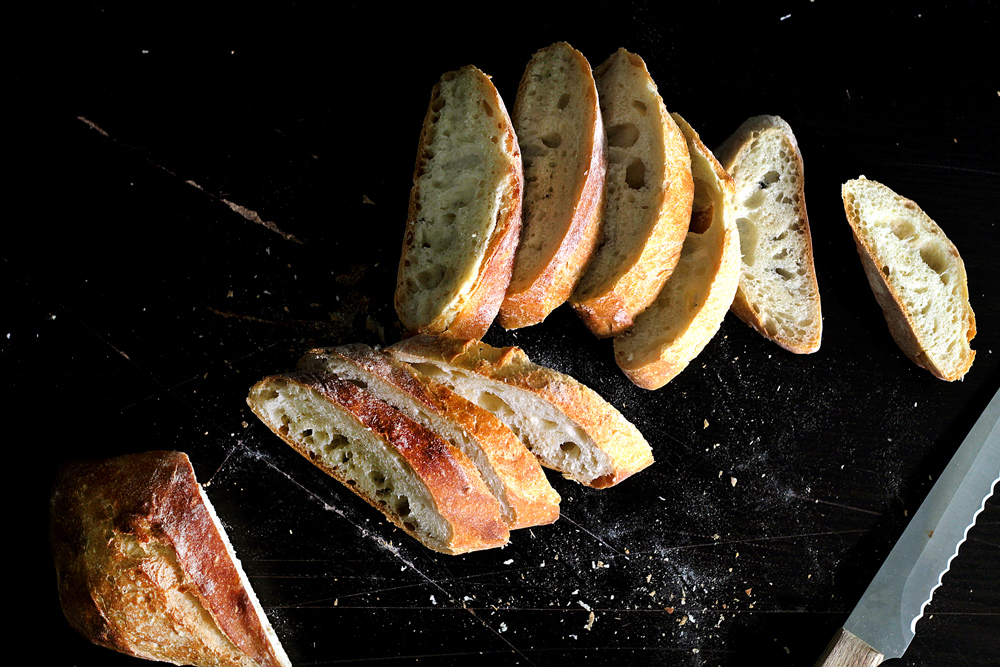 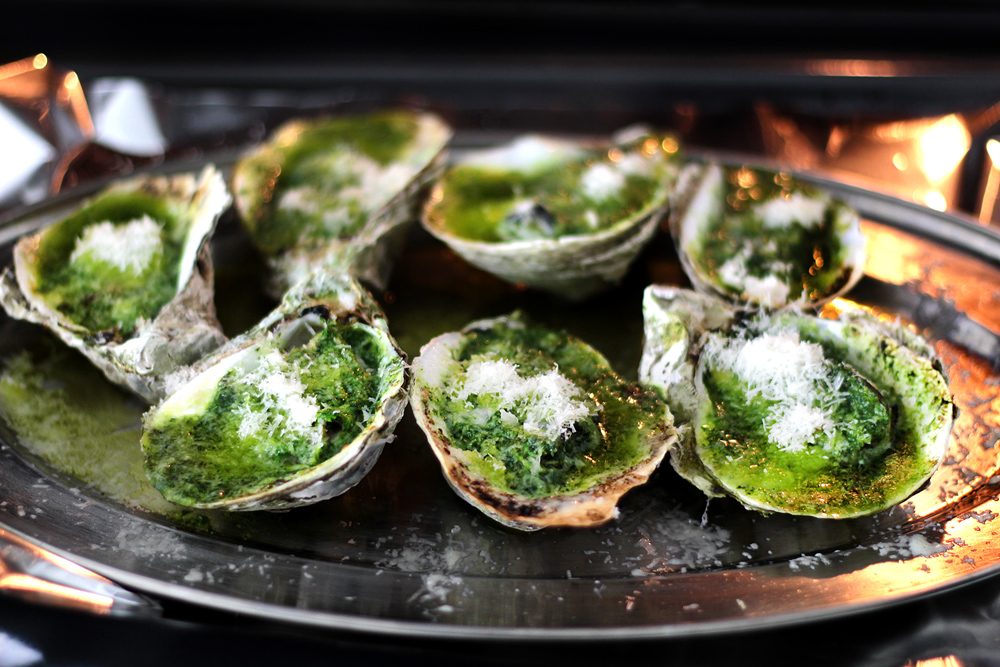 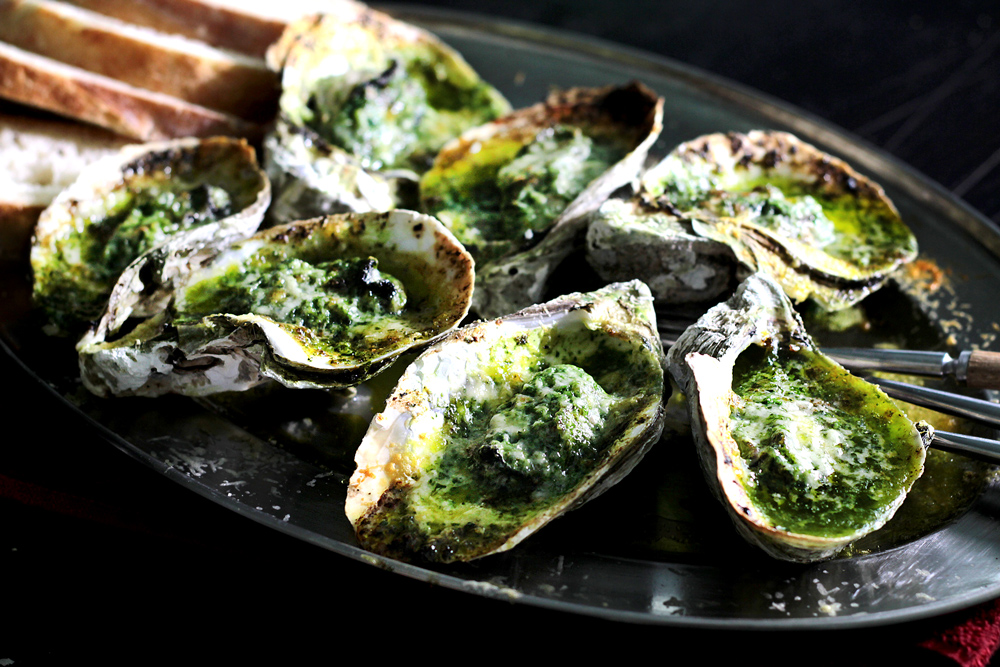 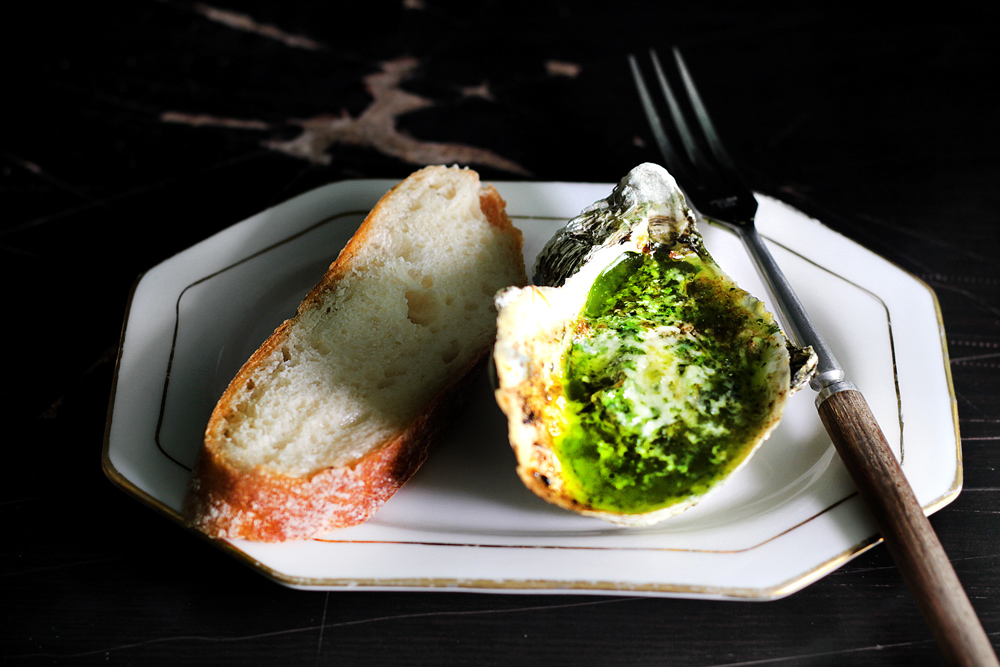 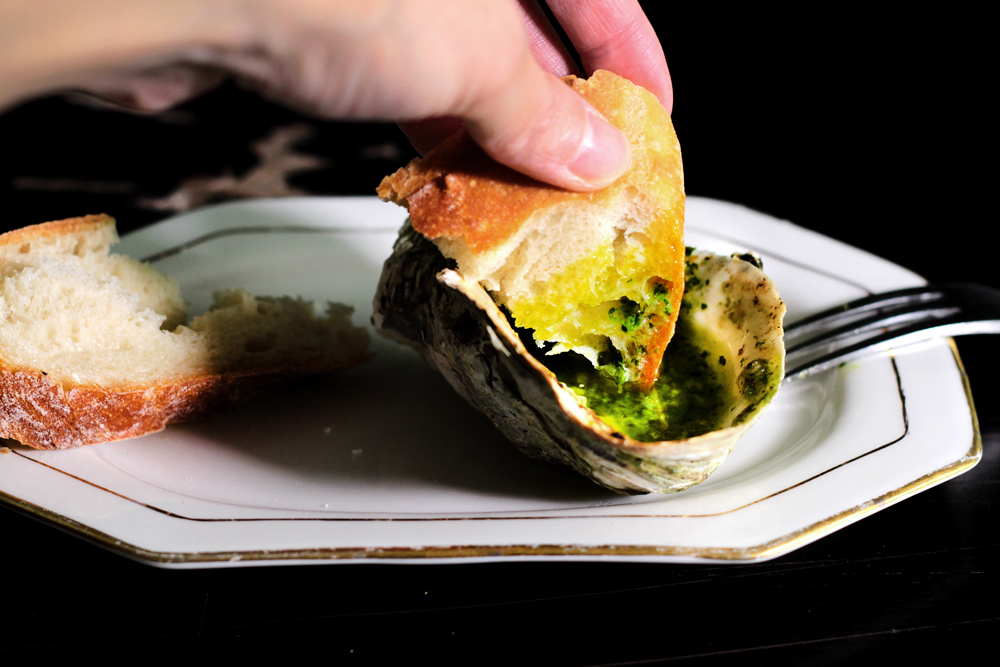 Not a professional oyster shucker?  So am I.  Here is how an amateur shuck oysters.

Normally people highly regard the oyster liquor as something precious, but in this case I’m eliminating it because:  a).  The oysters I use for grilling usually wouldn’t be some fancy Grade-A stuff that I buy straight out of an oyster farm or something.  Could be cheaper options that I purchased from supermarket that I’m not at all planning on eating raw.  Hence, not so “precious” anyways.  b).  The oysters themselves will release quite an amount of juice during broiling, and to avoid “over-flowing” which means that what’s really precious in this case – the green butter – will be pushed out of the shell.  So, as little liquid inside the oysters as possible before applying the green butter, ok.

Preheat the broiler on high.

Add all the ingredients under “green butter” into a food-processor, and run until the mixture is smoothly pureed.  Set aside.  Drain most of the oyster liquor out of the shells (save it for some awesome seafood stew) and make sure the interior of the shell is squeaky-clean from any dirts/muds/broken shells, then apply about 1 tbsp of green butter inside each oyster.  It helps the butter stay if you smear it again the side of the shells, instead of trying to make it stick to the oyster meats.

Arrange the oyster on an oven-proof platter, in a way/angle that the oyster are not slanting too much that liquid can escape easily.  Place the platter on the upper level in the oven, only 2″ ~ 3″ (5 cm ~ 7 cm) under the broiler.  Broil the oysters until 90% cooked through, approximately 4~5 min for medium-sized oysters (add 1 more minute to large oysters).  Then take out the platter and apply approx 1 tbsp of freshly grated pecorino cheese, evenly on top of each oysters.  Return the platter under the broiler and bake until the top is melted and golden browned, another 1~2 min (watch closely because it’ll happen fast).

Serve the oysters immediately with sliced country breads (be careful of the super hot shells).  It’s all about dipping the bread inside those green liquid gold… 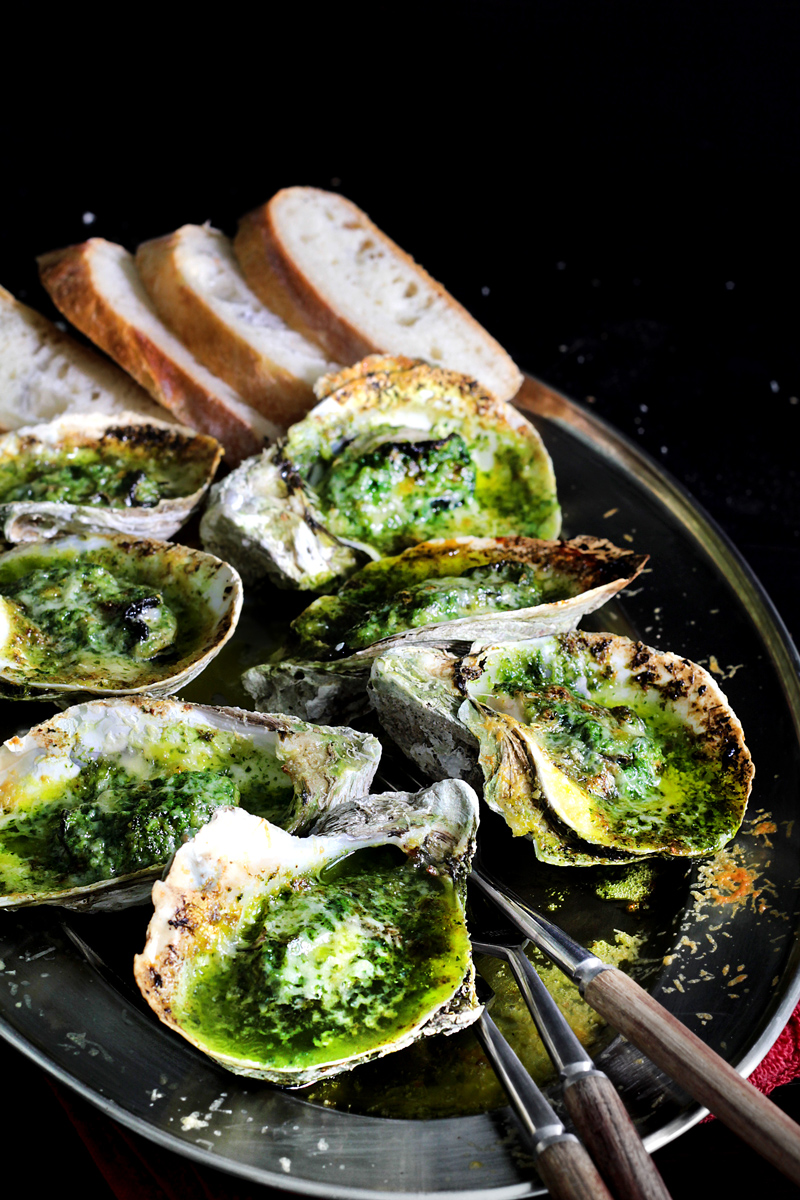