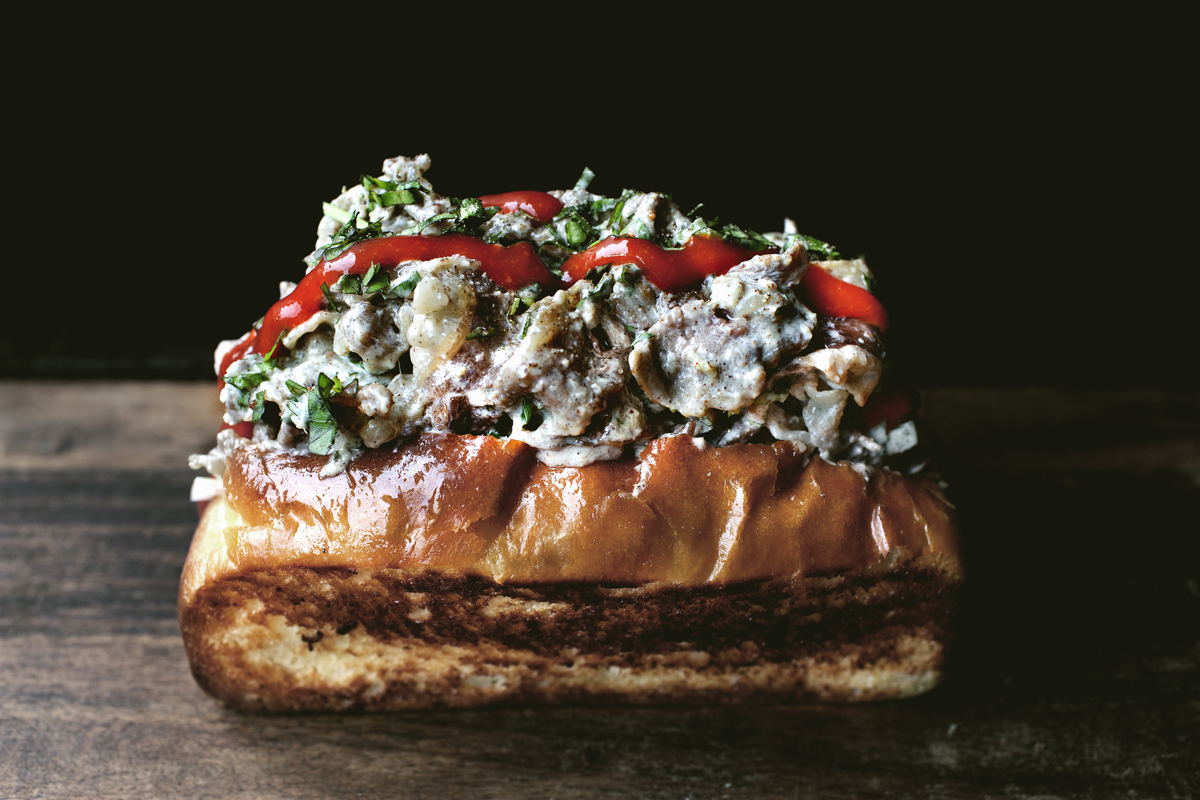 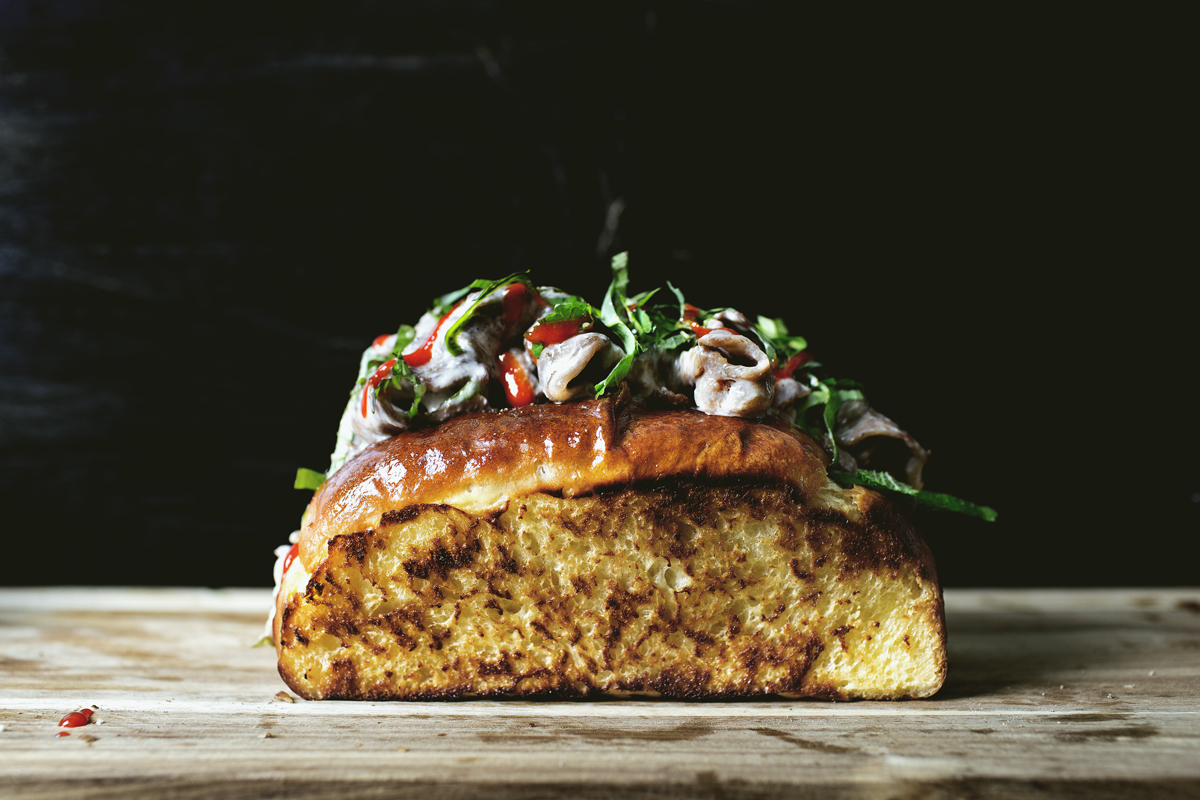 In the walk of a cook who fancies herself a genius, there is no pain more excruciating than to realize when someone else has out-genius her.  If you were one of “her” (not saying that I am)(I mean genius?  Who?  Me?), careful, because this is gonna hurt.

This guy, Tyler Kord, who wrote this book, A Super Upsetting Cookbook About Sandwiches, is really pissing me off.

Okay, fine, go have a super successful and ever-expanding sandwich shop all over New York City as if that was a dream of mine or whaaaatever.  Dream-stealer….  And then sure, why not, go publish a refreshingly hilarious and strivingly honest cookbook that touches subjects beyond the otherwise self-absorbing stand-alone topic of foods, as if that was my personal 2016 resolution that is wilting faster than baby spinach in a hot skillet.  Face-rubber….  But I don’t care, see, don’t care!  But above all of his dream-stealing and face-rubbing behavior, which I have generously forgiven and let go, none has made me scream more in agony when I saw this recipe on page 168…

I’ll spare you the whole pretense of “I couldn’t imagine what it would taste like until I put a spoon in my mouth…blah blah blah blah blah”.  Truth was, the minute I read through the recipe, I knew it would work.  The combination of flavors and seasoning just made sense, guaranteeing, even just on paper, a creamy concoction that would embody all the magical essence of a bowl of pho.  Pho, in mayo form.  This realization sent my body into a self-strangling twist on my stone-cold kitchen floor, thinking, no, bleeding from the eternal question that haunts all mankind – Why, why wasn’t I the one who come up with this?

But I wasn’t.  So that’s that.  And by the way, this fabulous creation of what I call Summer Pho Bo Roll, is not in his book.  Yeah, I took his pho mayo… used it to generously coat a truck-load of thinly sliced beef short ribs, bean sprouts and finely chopped Thai basil, then stuffed them into a hoisin sauce -smeared potato roll, topped with chopped onions and a revengeful squeeze of Sriracha sauce.  It’s like eating a bowl of pho bo (by the way, the word “pho” on its own just means “rice noodle”.  Pho bo (bo means beef) is what you are actually referring to), but no cooking!  And it’s summer-friendly!

Dat’s right, Tyler, I stole your pho mayo.  Now you know what it’s like to be hurt.

I’M REALLY MORE LIKE ACHILLES IN THAT… I CAN MAKE MAYONNAISE BEND TO MY WILL USING ONLY MY MIND BECAUSE ACHILLES COULD DO THAT.  HOMER DOESN’T REALLY GET INTO IT THOUGH. 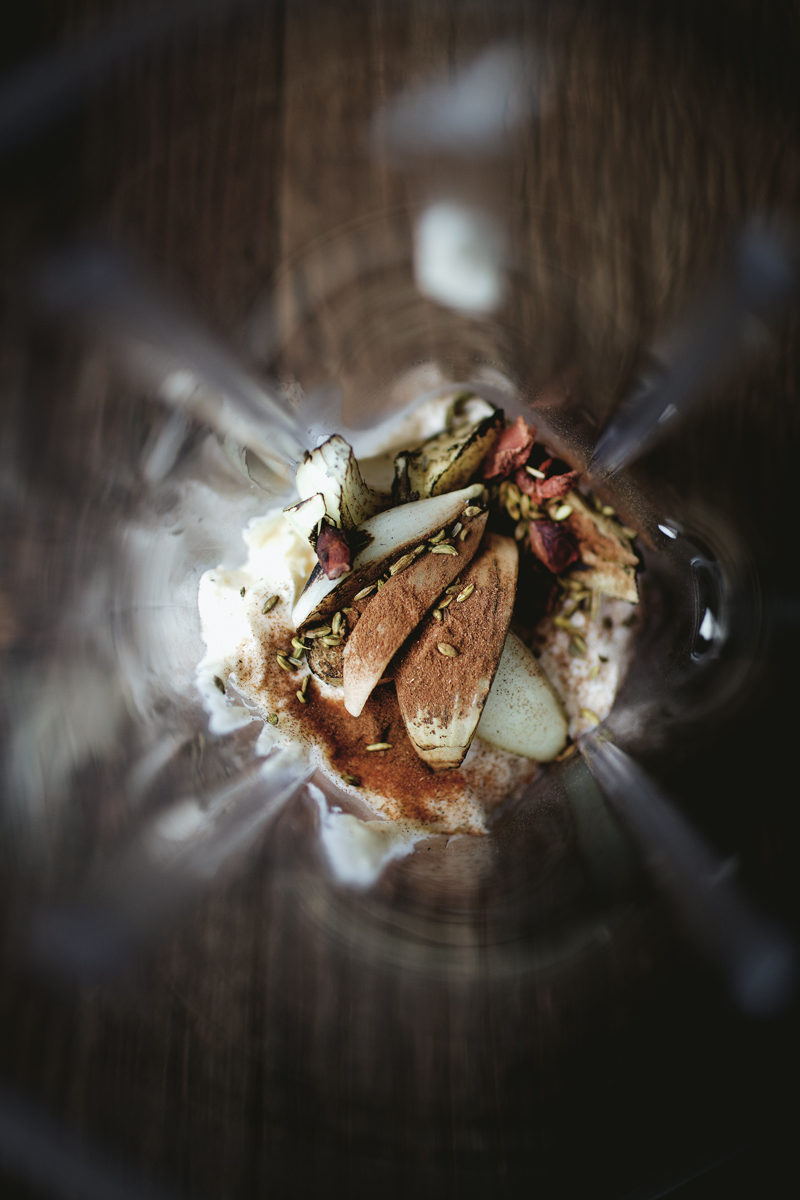 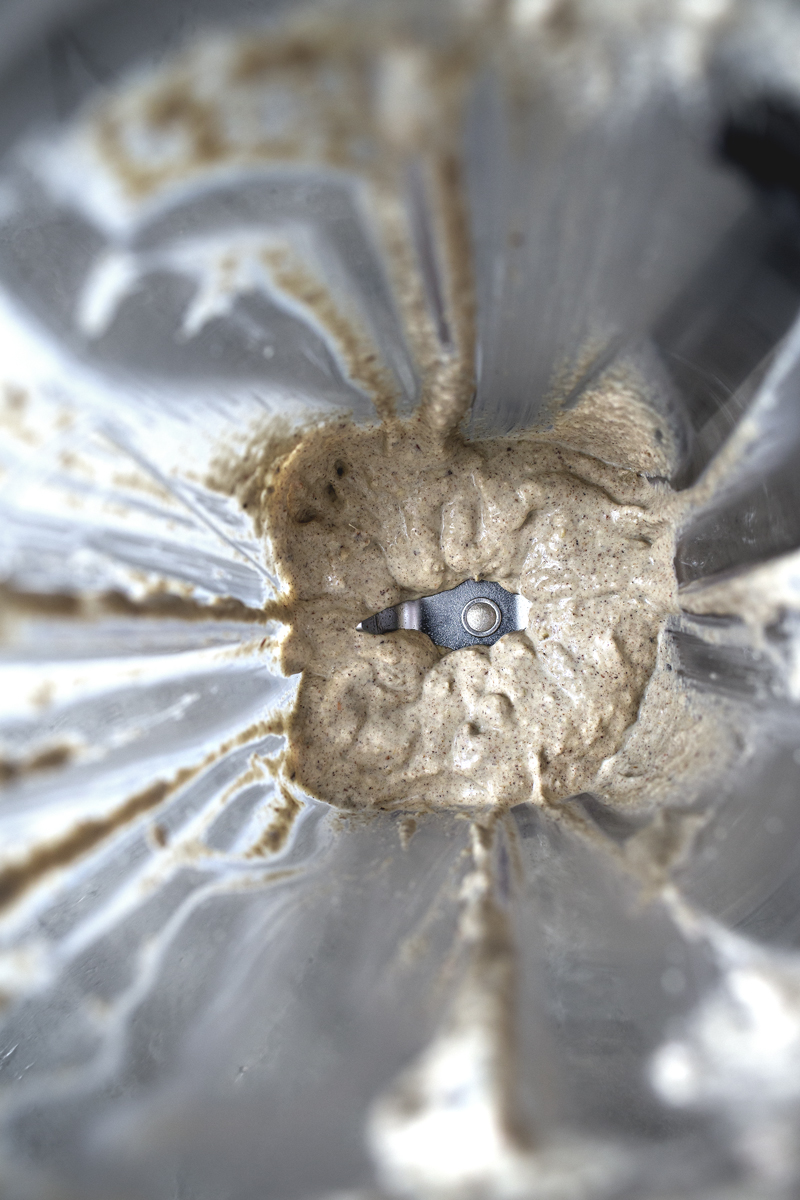 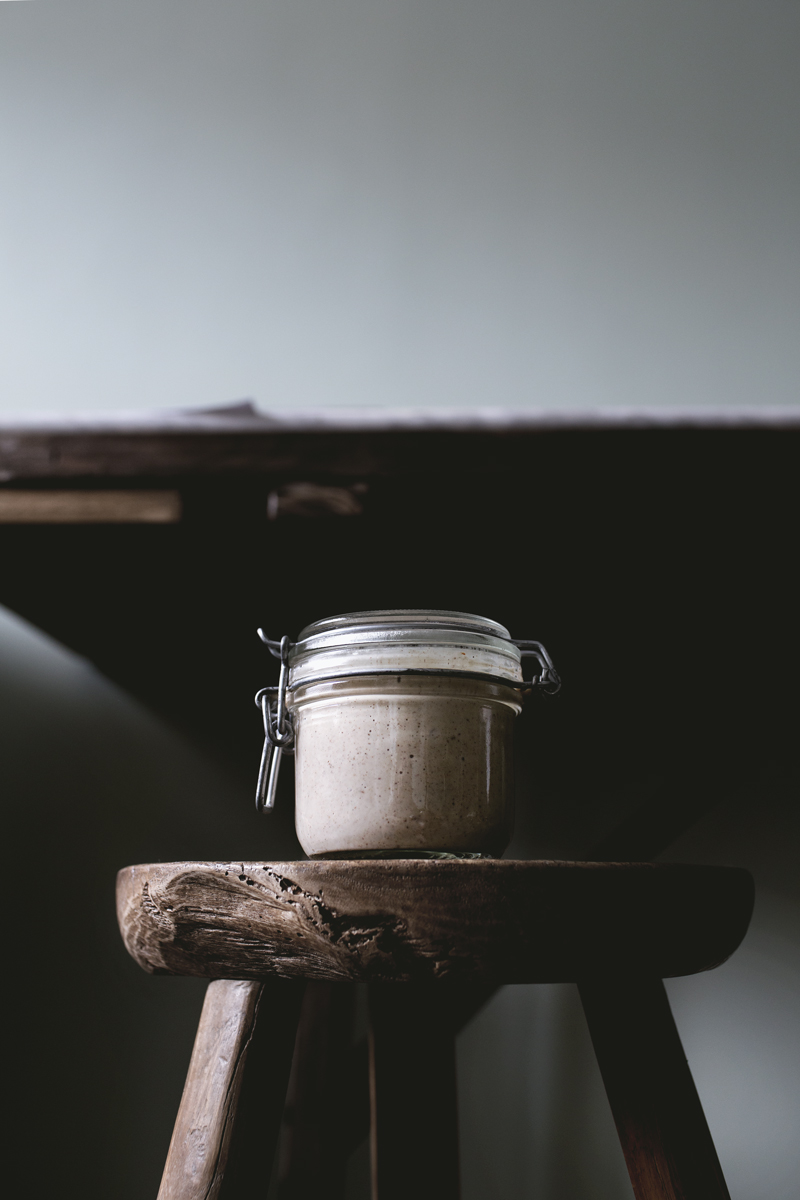 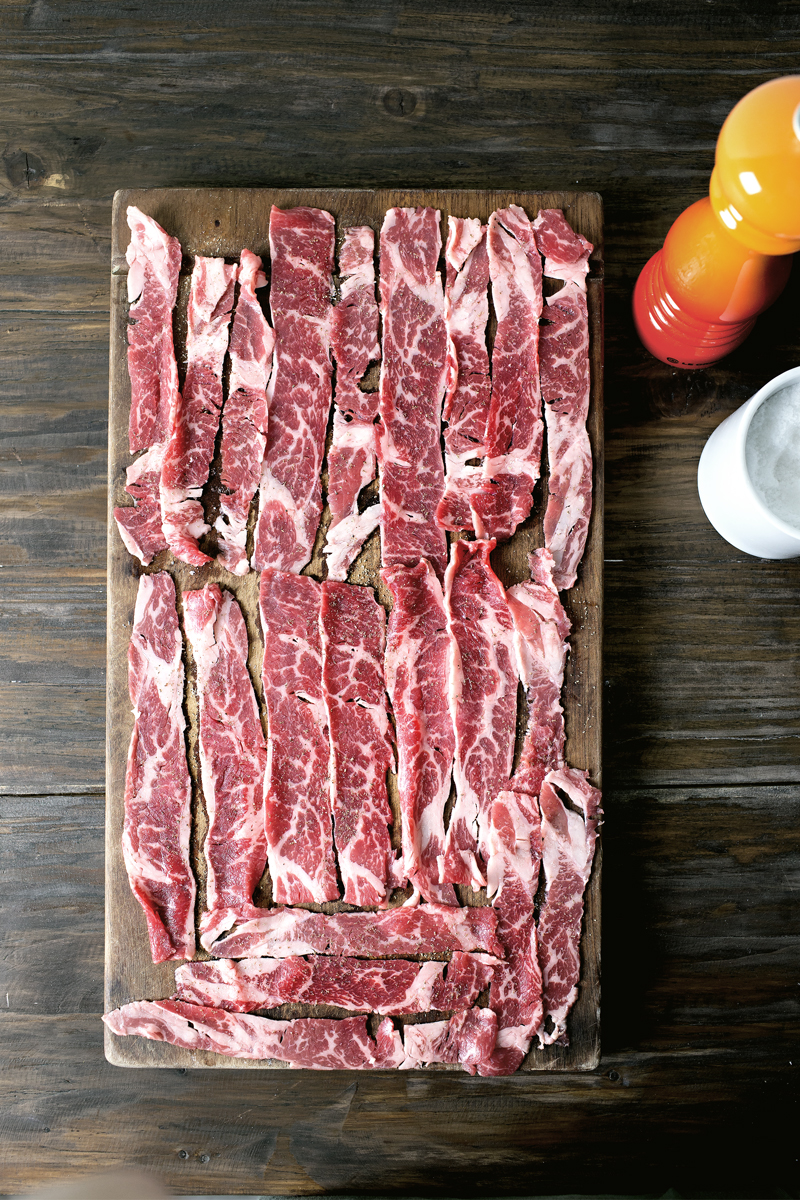 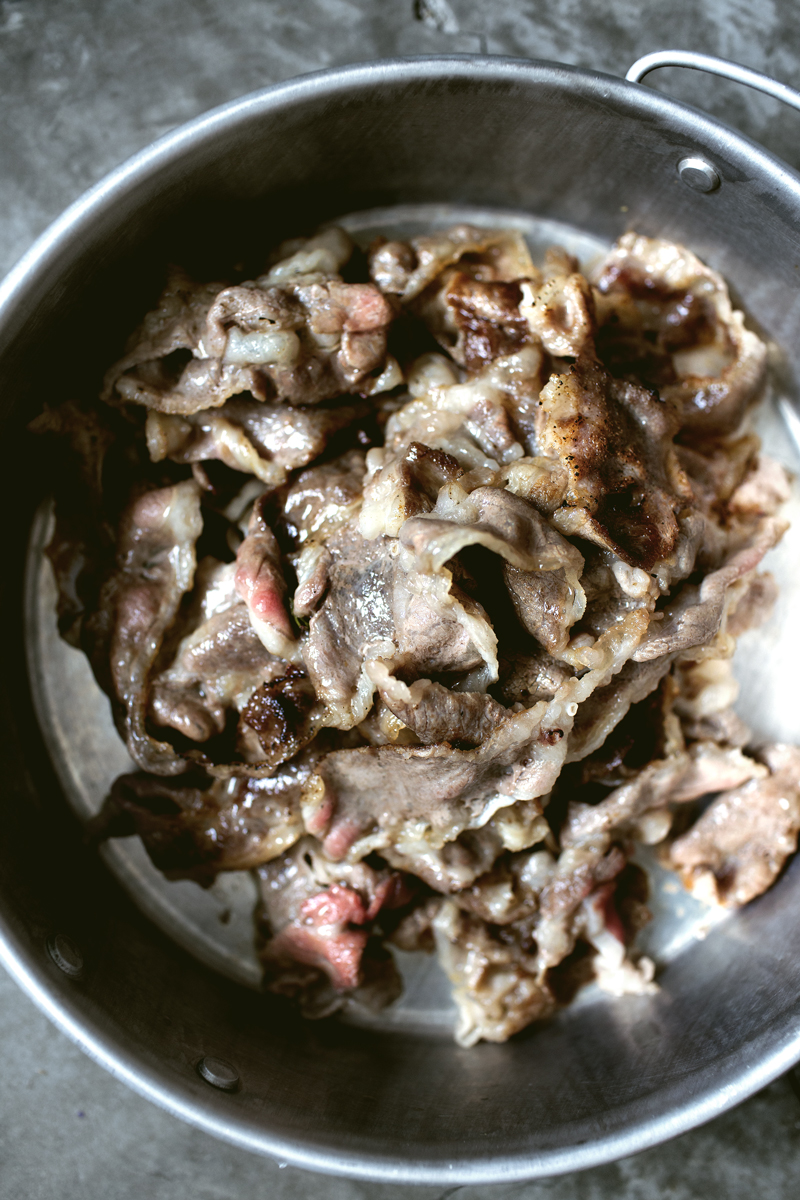 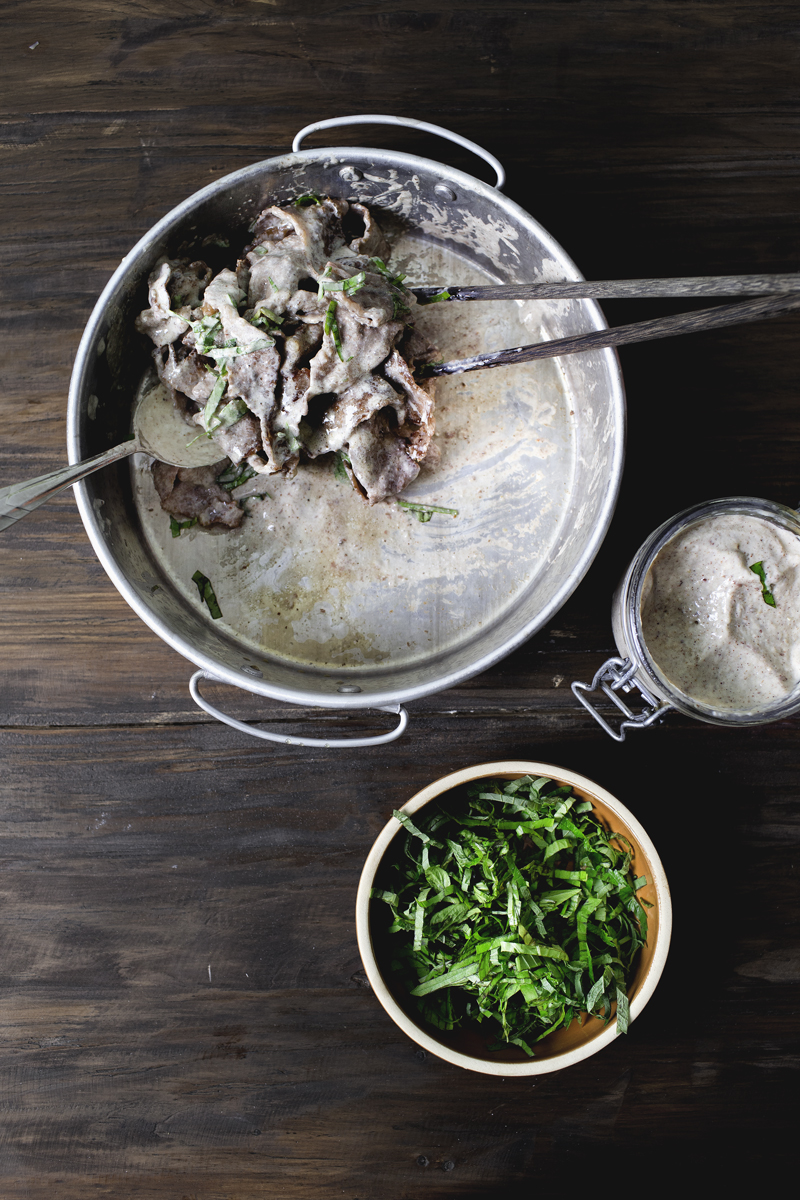 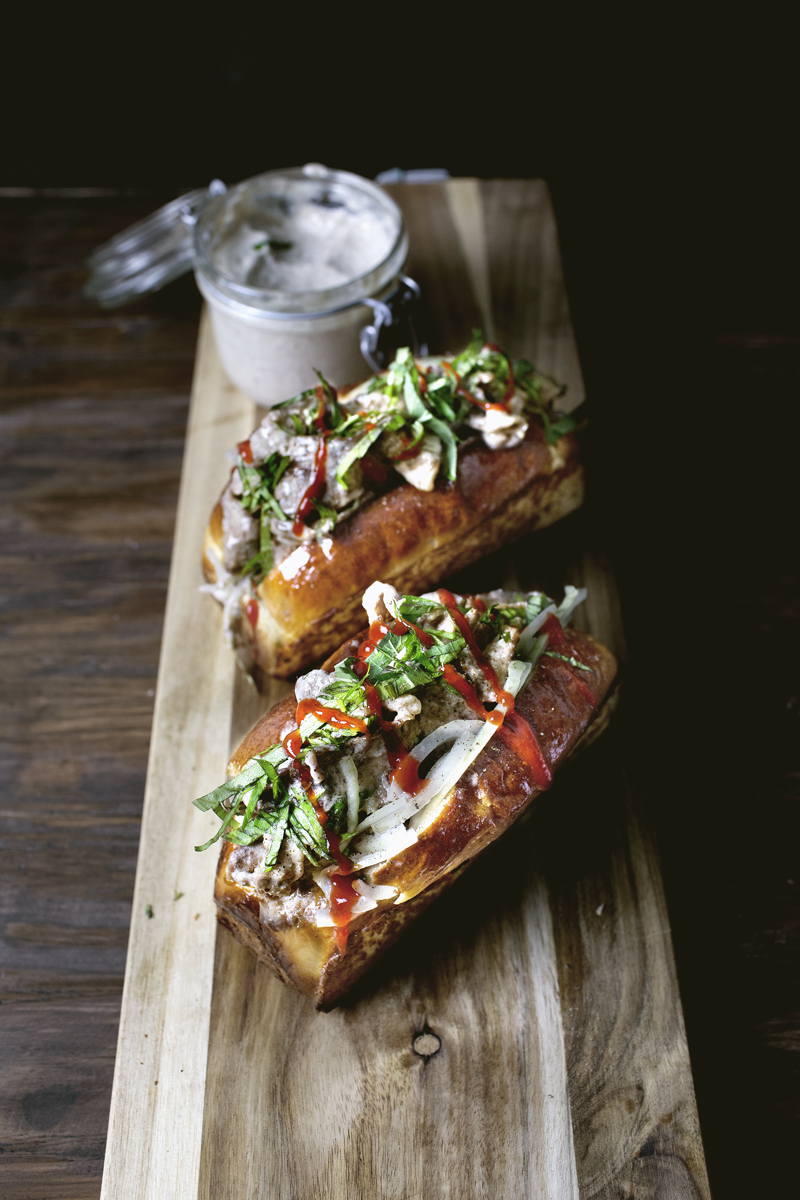 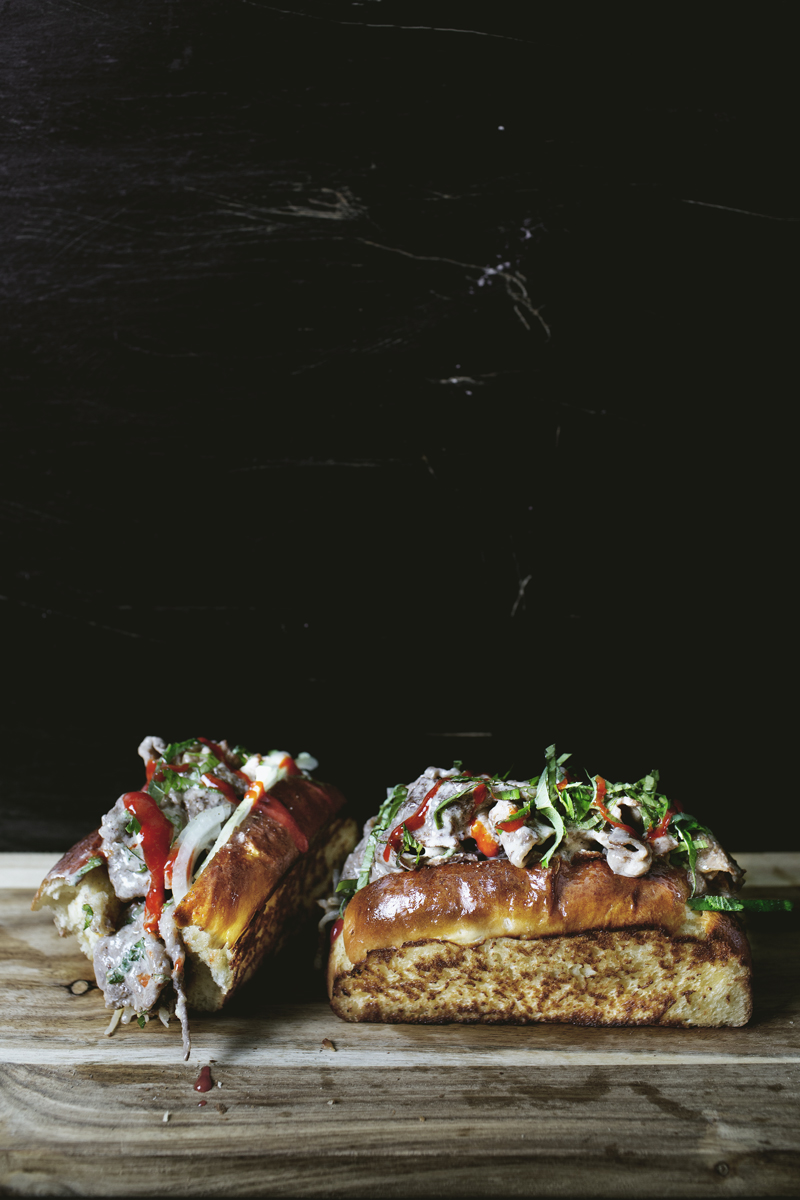 I made my pho mayo more robust than the original, with a higher ratio of spices to mayonnaise. I did this because I found the original version, while tasting great on its own, getting lost a little in a sandwich form.

The sliced beef short ribs (or other parts of beef) can be found in all major Asian markets for the purpose of hot pots. In this application, aim for a thicker slice for better texture. 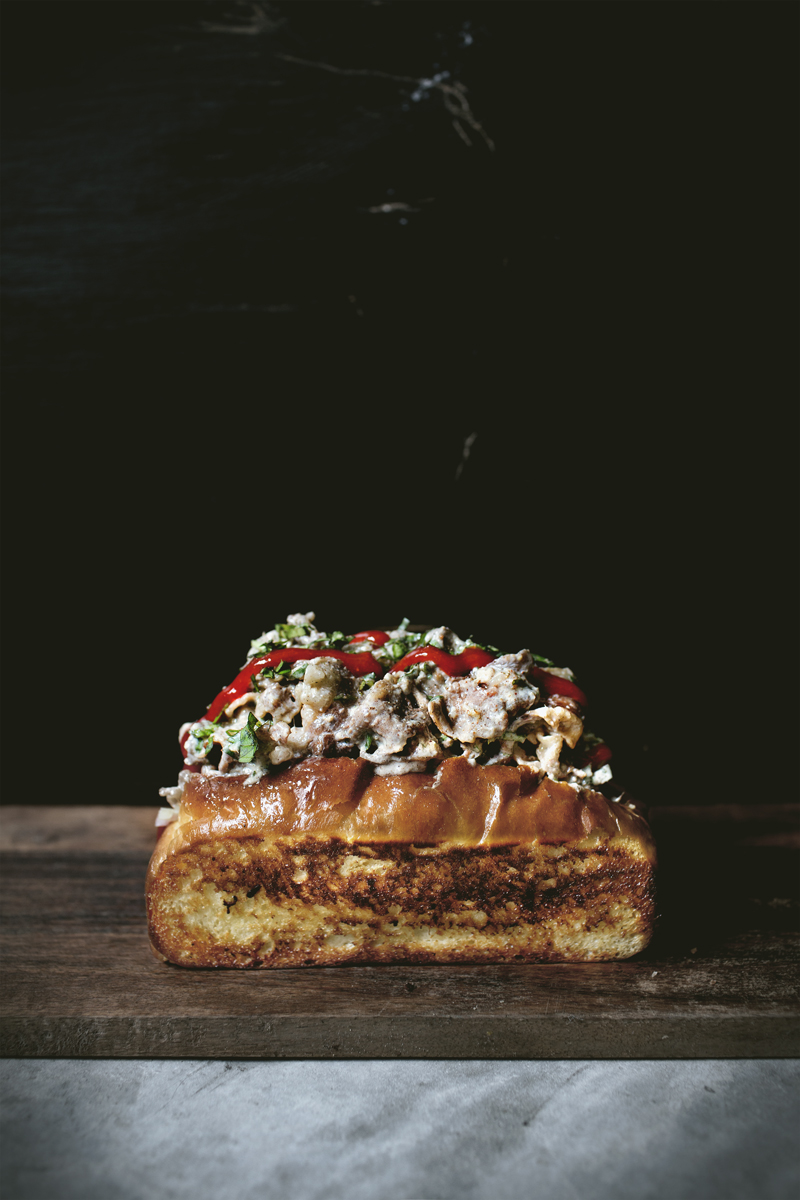