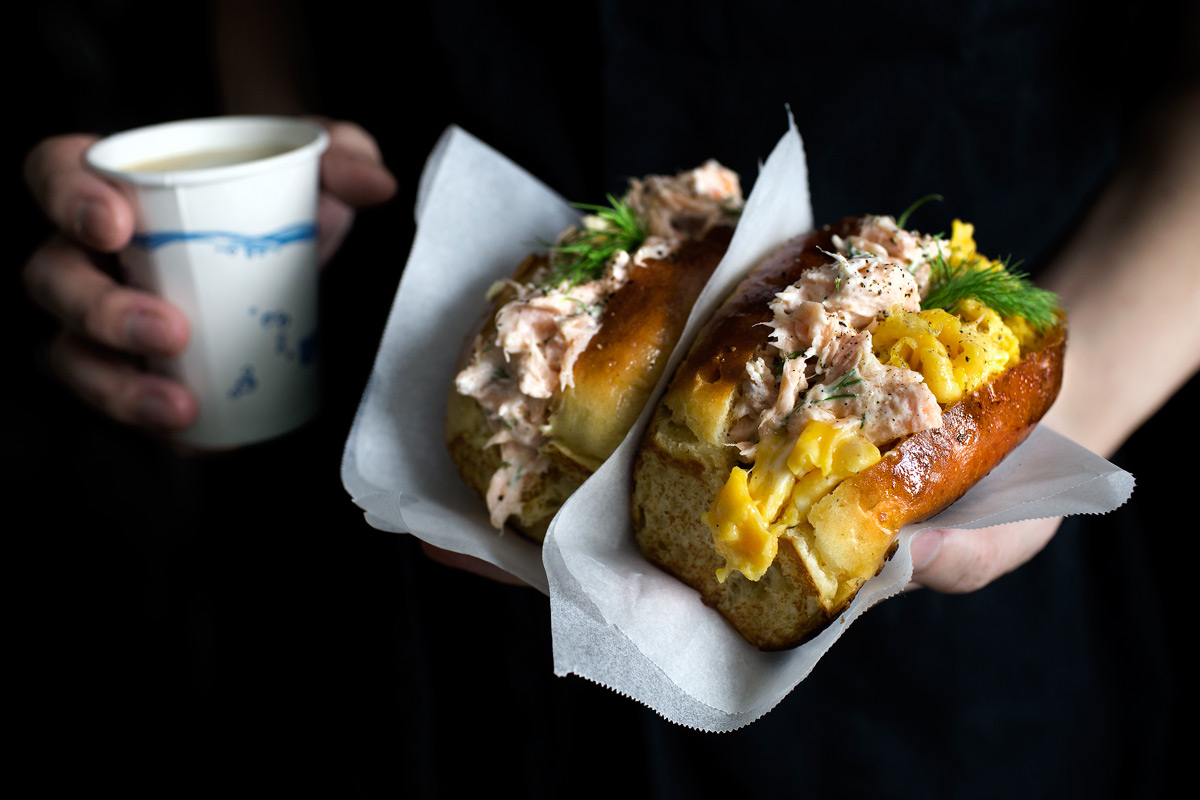 HERE’S A GUEST POST OF MINE THAT APPEARED ON A CUP OF JO, AS ONE OF THEIR BREAKFAST SERIES.  JUST IN CASE YOU’VE MISSED IT…

When I was little, and by little I mean before my family moved to Vancouver when I was 12, before the unveil of a whole new alien-world of eating orders, I had always believed that a hot dog-bun… was solely designed for holding scrambled eggs.  Because that was how it was always given.  And that was the way it was always perfect.  Even after many years, after such belief had endured the discoveries of freezer-sections hot dogs, sidewalk hot dogs, gourmet sidewalk hot dogs to fancy restaurant hog dogs, it had not faltered.  In fact, my stubborn childhood “fetish” had only been reenforced through diversity and comparisons.  Before college, I stood even more firmly on my ground, that the perfect thing to go between a toasty bun, was the one and only – creamy scrambled eggs.  It wasn’t a childhood-thing to me anymore.  It was the truth. 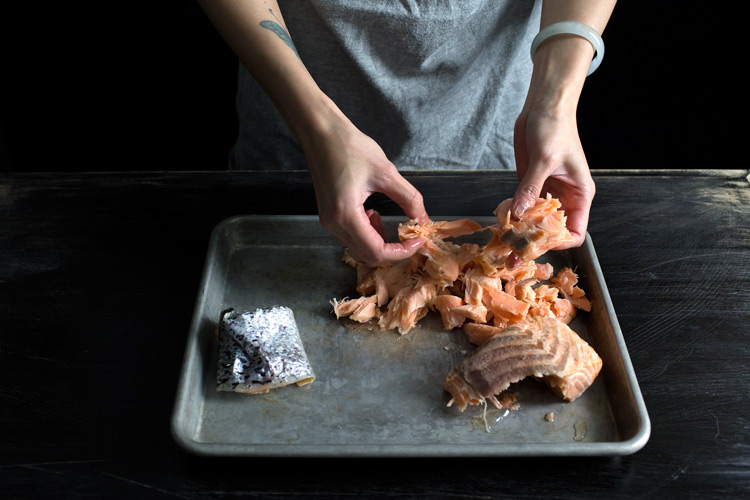 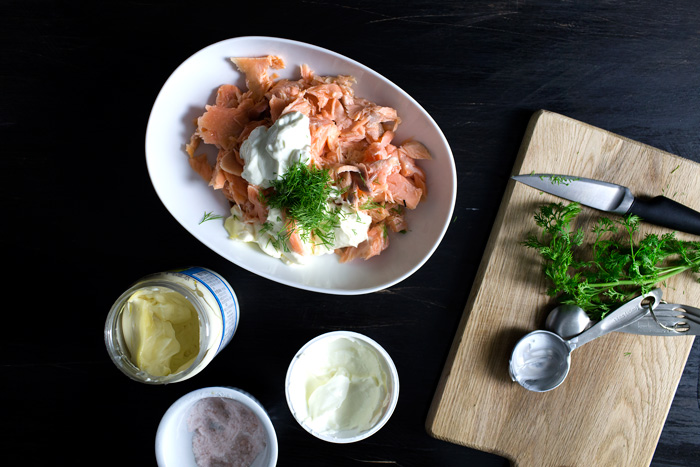 But we all know, the perception of truth can change.  A couple years later, I moved to New York.  And bumped into my truth-bender.  If I recall now, on the first time I sat on that stool squeezed into that tight corner inside West Village’s Pearl Oyster Bar, having my very first lobster roll…. well, it could only be described as the moment when a child was told that there’s no Santa Claus.  Shattered, exhilarated, how could it be?  It wasn’t that it made me unlike my precious scrambled egg rolls, but that it was rivallingly good on such a different perspective.  They both aced on the secret that only a creamy and velvety agent can most successfully highlight a crispy and toasty bun.  But it was also the coldness, yes, the chilled temperature of lobster salad that juxtapose so brilliantly against the hot steamy carrier.  There’s no other way to it now.  It’s happening.  My old passion and my new lover.  They must now meet and make babies.

A lobster it may not be, but this much more economic version of seafood salad, made with succulent slow-roasted salmon in a thick mayo-gurt sauce (mayonnaise and Greek yogurt) is all the chilled, creamy and tangy goodness to pair with my “classic” scrambled egg roll.  It’s moistly hot and refreshingly cold at the same time.  It’s toasty and crispy on the edges, but creamy and luscious within.  It’s mildly sweet, but also savoury and tangy with herby-ness.  I don’t know how you can stand it, because my mouth is watering.  And here’s how to put a stop to it. 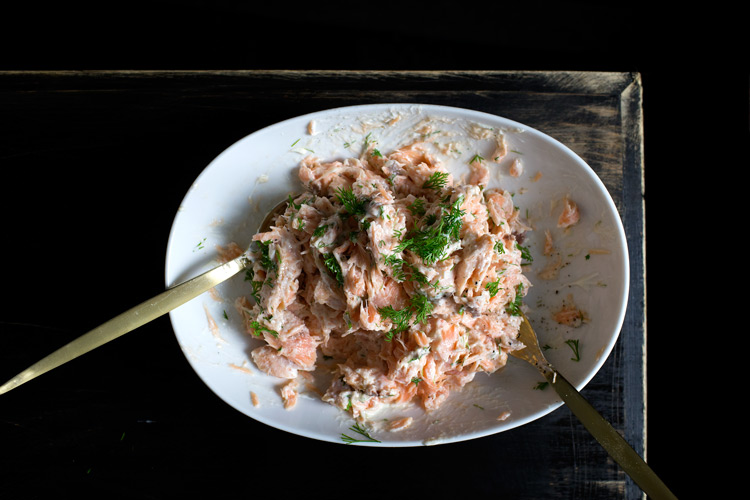 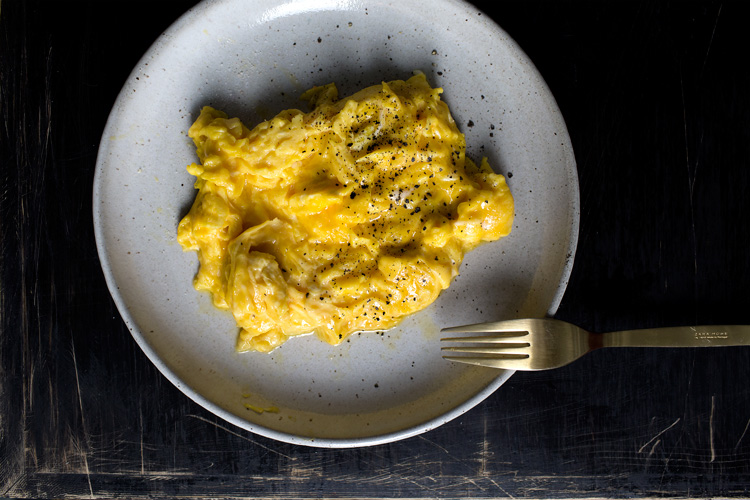 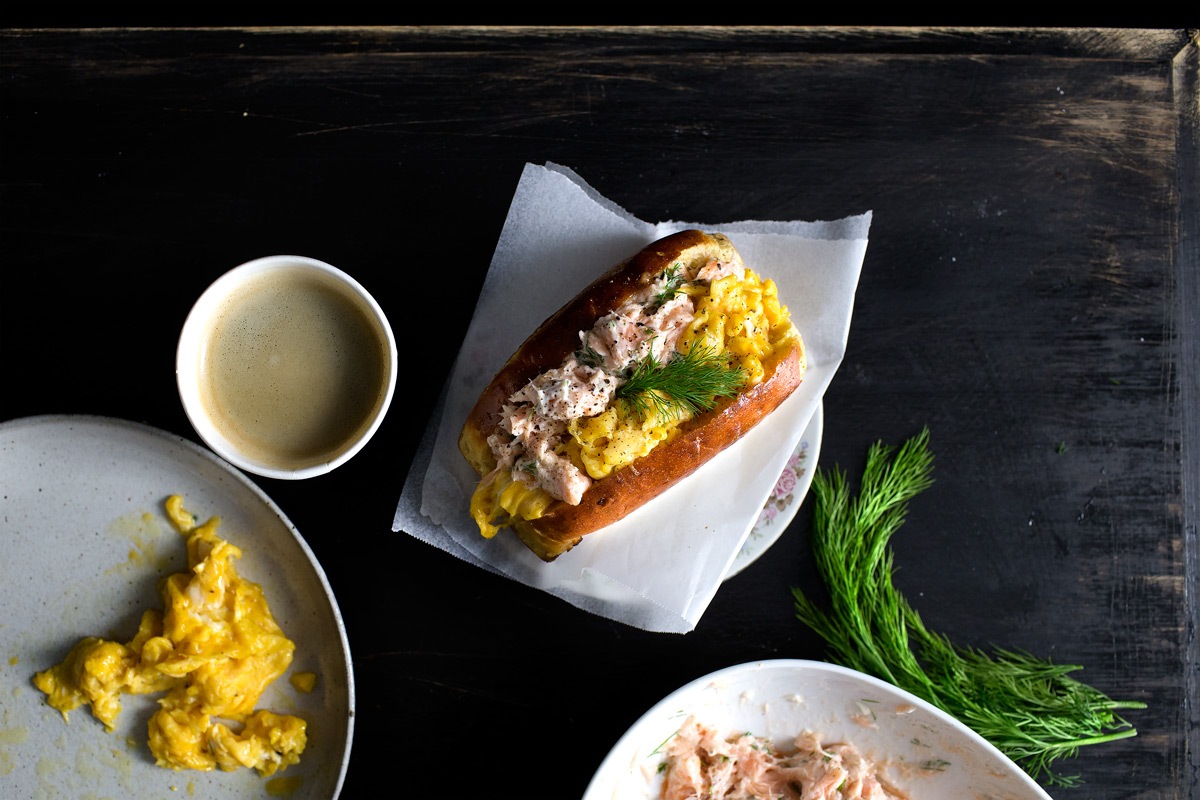 SLOW ROASTED SALMON MAYO-GURT SALAD:
TO PUT IT TOGETHER: 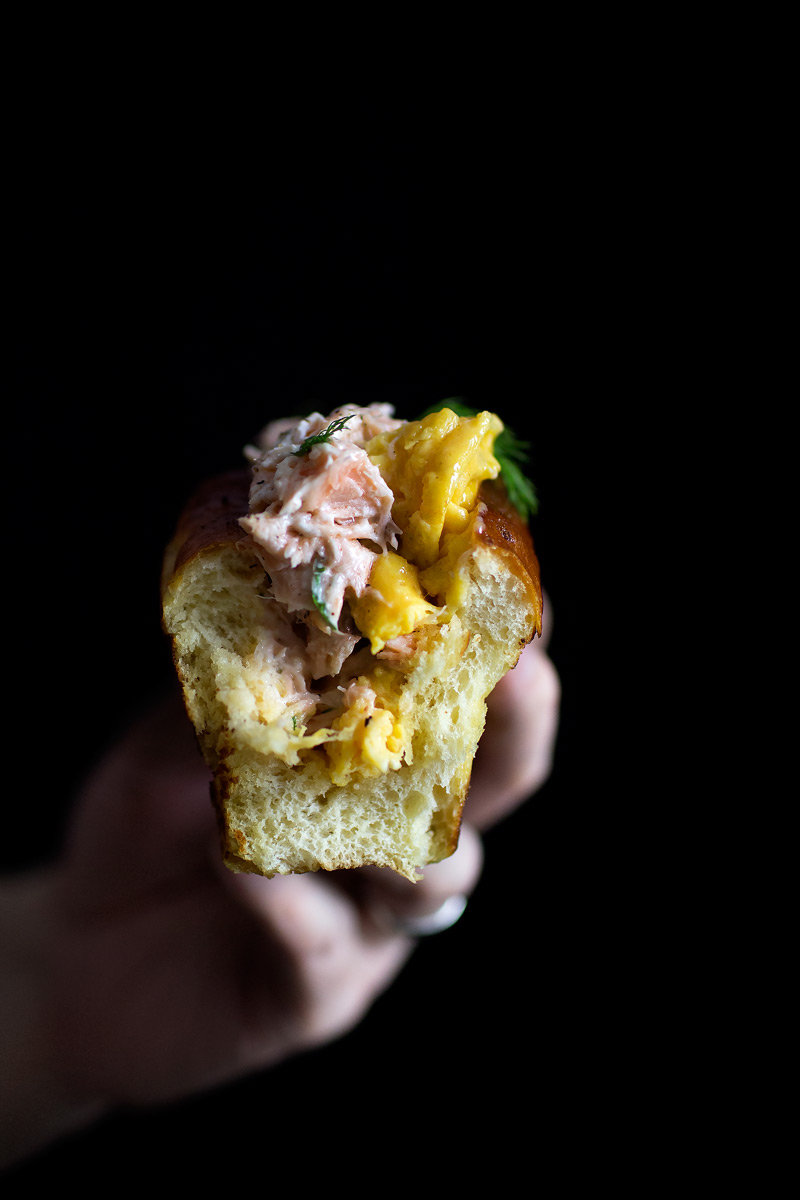