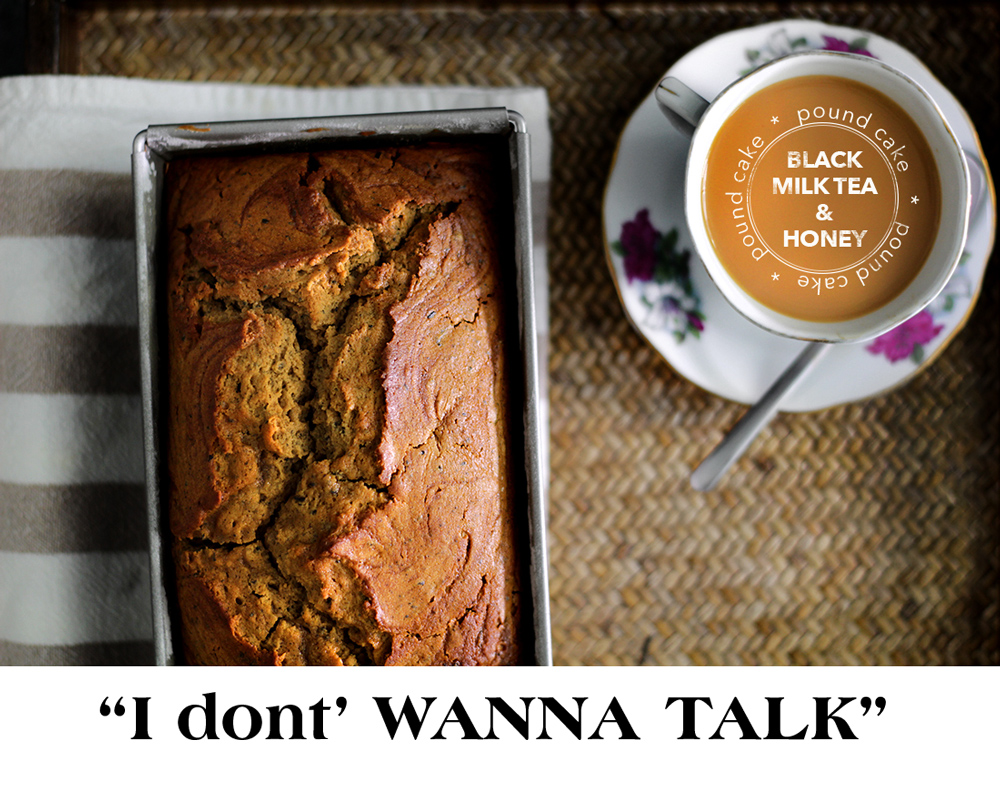 I’m going to push my opinion-quota by saying that the US is the least tea-cultured among the other places I’ve lived in (Taiwan, Vancouver, Hong Kong… Beijing).  Americans aren’t particularly keen on tea, evidently as some may now defensively refer to Snapple’s along this line as a clownish counter-argument, and now… they shall stand to be mocked by public (no, it’s too late to take it back). 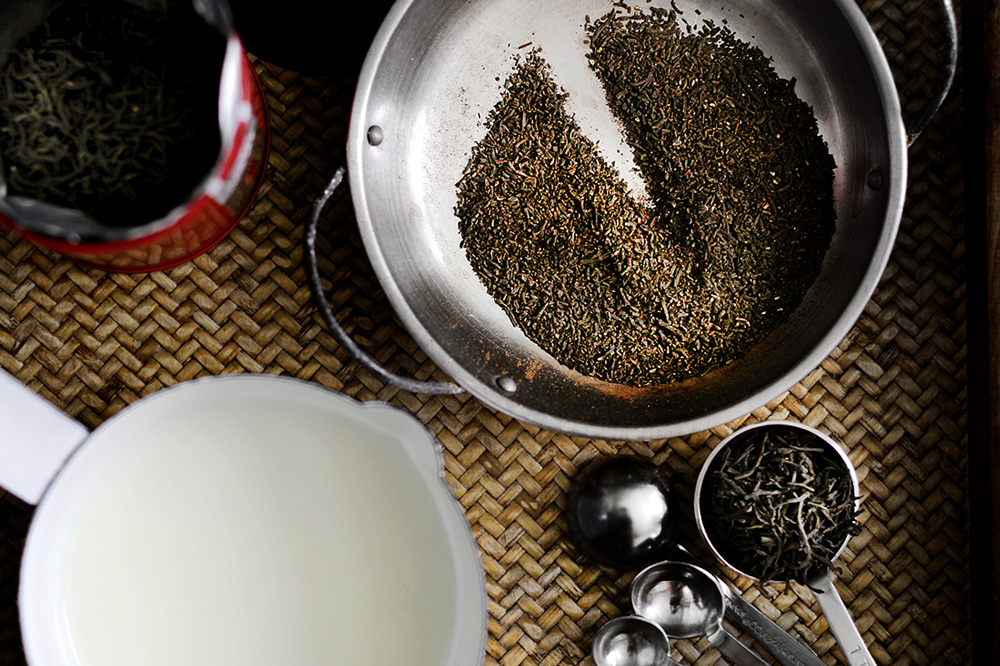 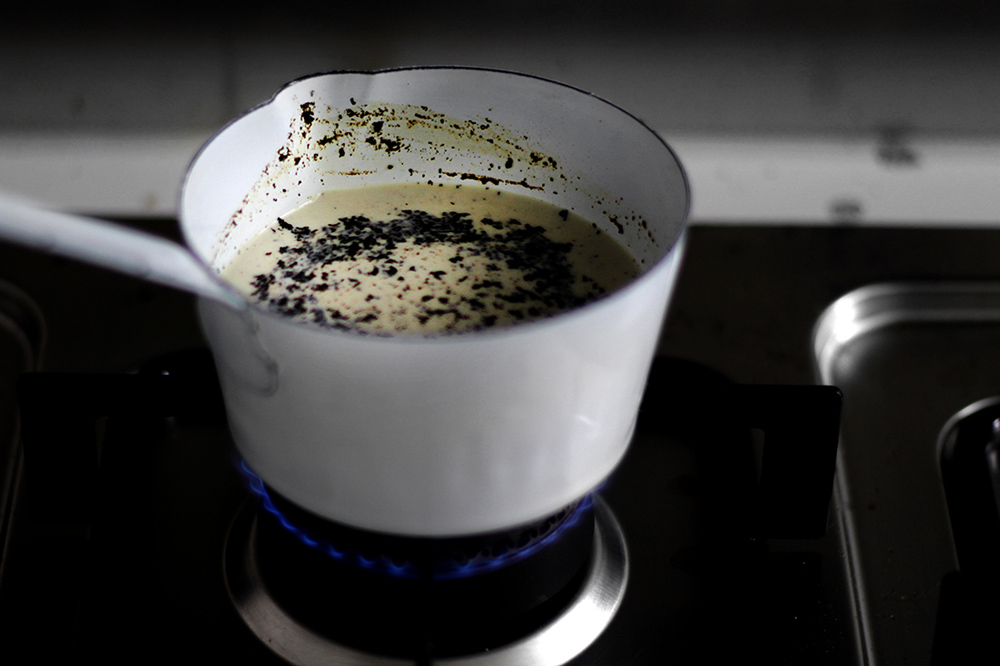 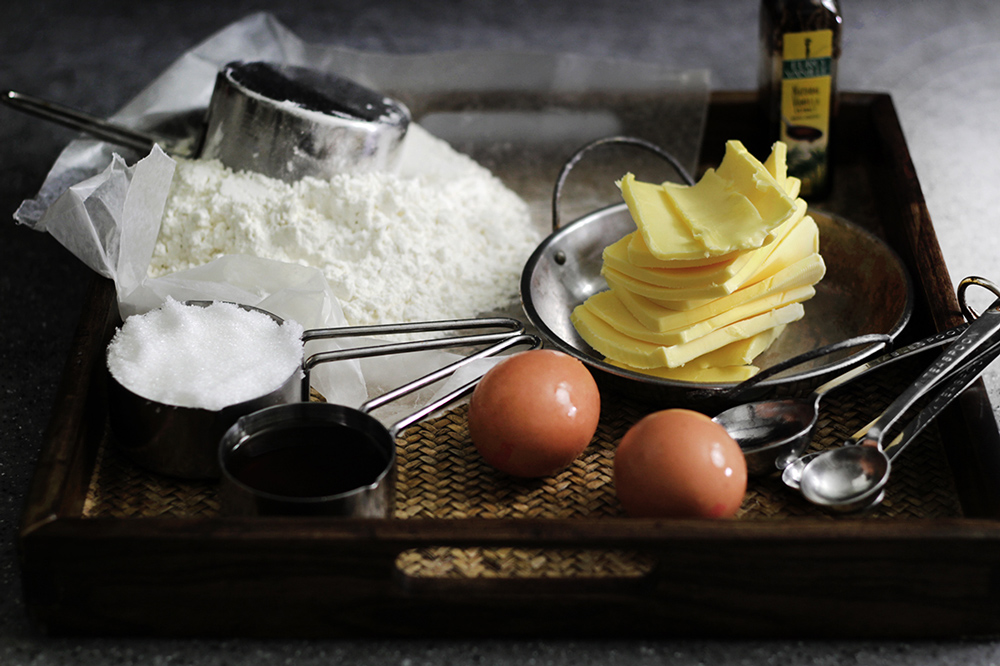 It’s their loss because just like coffee or chocolate, tea is a great agent that brings aroma and flavor to any pastries (or even savory dishes).  An ordinary pound/loaf cake can be brought to a unique territory fused with a slightly bitter refreshment by a heavy dosage of say… black tea leaves (aka Irish breakfast tea/Assam black tea/etc), a common Indian variety that…  ….Al’right, you know what.  I don’t wanna talk today really…  The afternoon I baked this cake was followed by a night of nightmares-realized.  My oldest 13-years-old dog, Dumpling was practically diagnosed with something incurable-by-China-standard.  So no.  I can’t talk right now.  I’m going to leave you the recipe of this wonderful cake with a best pitch saying “double shot of caffeine for breakfast YAY!!”.  …Yah, that’s the most cheer I can pull off right now, at least not without a couple days of coping.  Sorry guys.  But this cake is really good.  Make it. 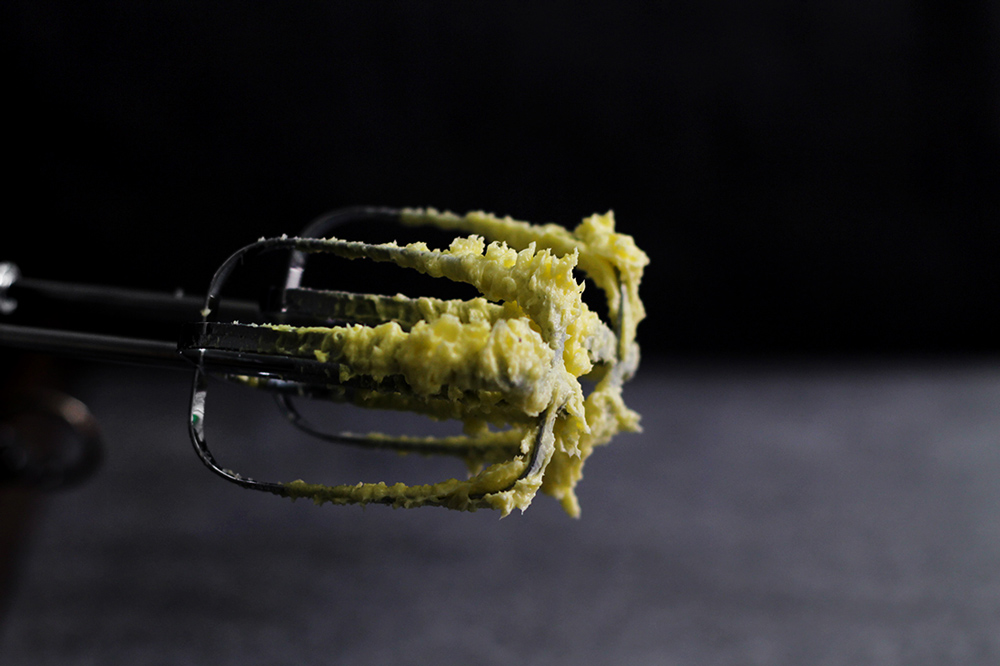 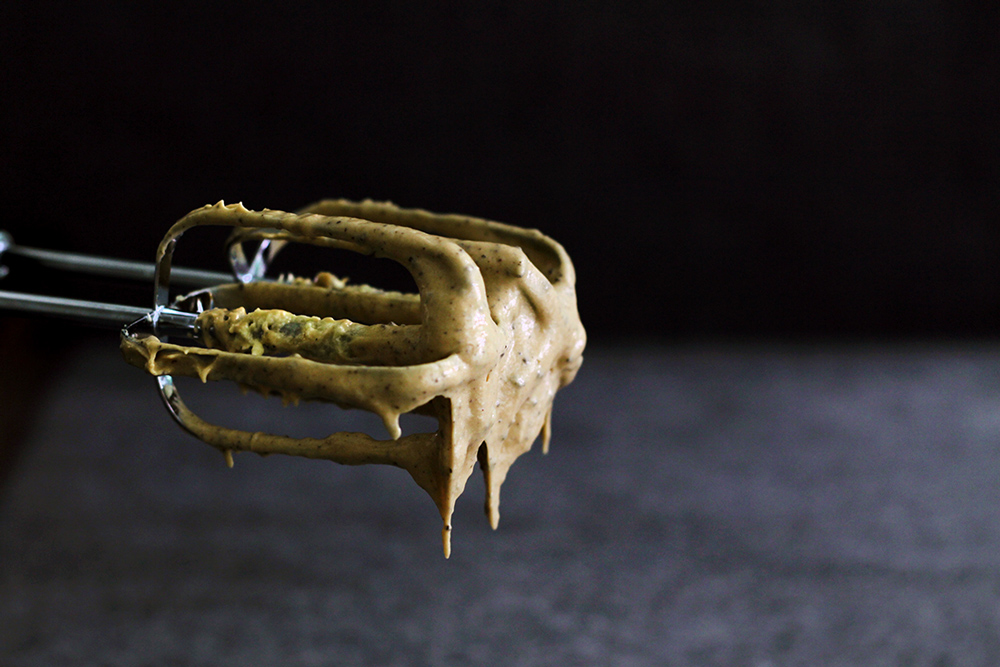 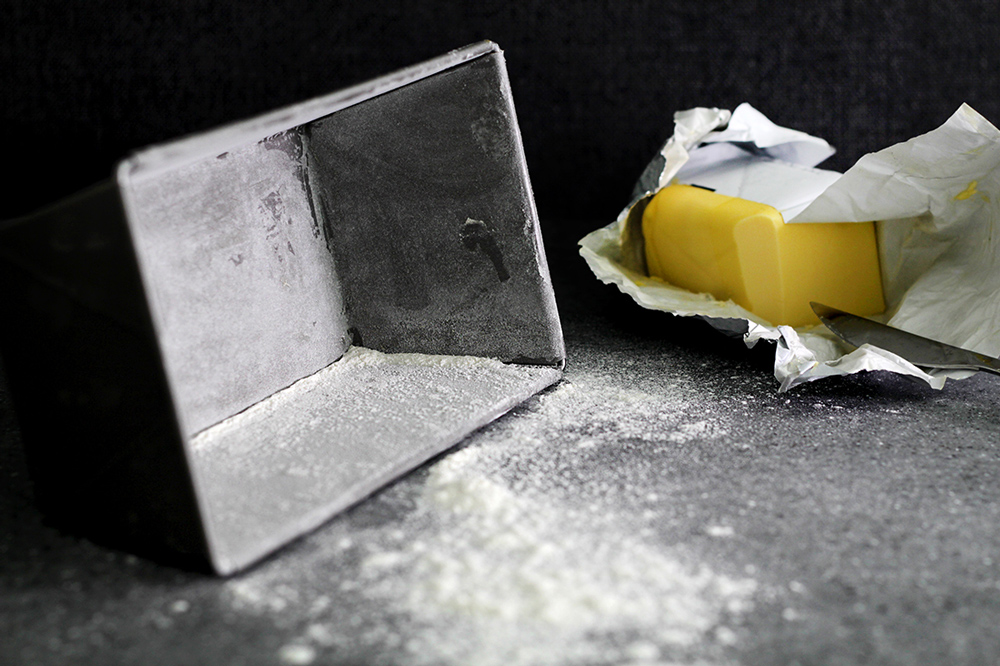 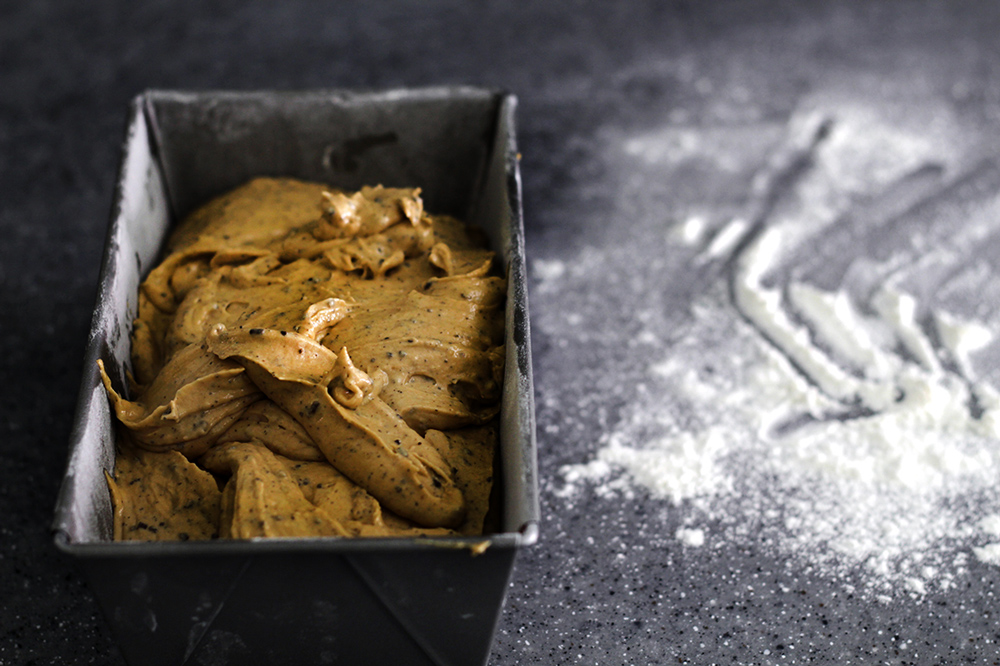 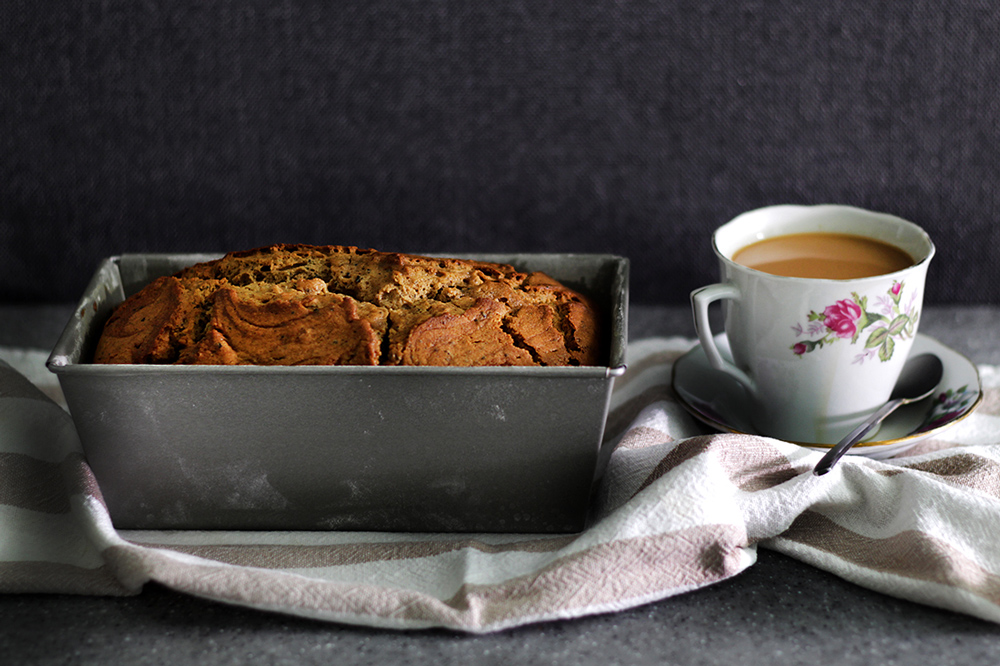 UPDATES:  09/26/2013.  Due to some reader’s comment on the batter being too runny, and request for the recipe in metric, I’ve finally tested the recipe again myself and weighted everything (well… almost).  In terms of the runny batter-issue, thanks Elaine for pointing out that it might have been the black tea-milk being too warm and therefore melting the butter, resulting in a very runny batter.  My recipe said to wait for the milk to “cool down to room-temperature”, but when in doubt, chill it in the fridge until it’s COLD.  It’s much faster than leaving it on the counter to cool, PLUS… better safe than sorry.

Grind black tea-leaves in a spice-grinder until coarsely ground (like the consistency of ground coffee for French-press), then add to the milk in a small sauce pot.  If you don’t have a spice-grinder, combine tea-leaves with milk in a blender, and blend to the same consistency.  Bring to a simmer on medium-heat then turn the heat off.  Leave the ground tea-leaves in the milk and let steep while cooling down to room-temperature (NOTE: see update!).

Cream the butter and sugar together with a stand-mixer/hand-held mixer until light and fluffy, approx 3 min.  Add the eggs one at a time and beat it into the creamed butter until the mixture is light and fluffy again, 2 min for each egg.  Then add 1/3 cup of honey and vanilla extract, beat until smoothly combined.

Butter the inside of a loaf-pan and dust with flour.  Make sure to tap the pan to release excess flour.  Pour the batter into the pan, and swirl 3 tbsp of honey into the batter with a spoon.  Bake in the oven until golden-brown on top and a wooden skewer comes out clean from the center of the loaf, 50~60 min.

Serve the sliced cake with honey whipped cream.  And you know what goes well with this?  A cup of strong black milk tea. 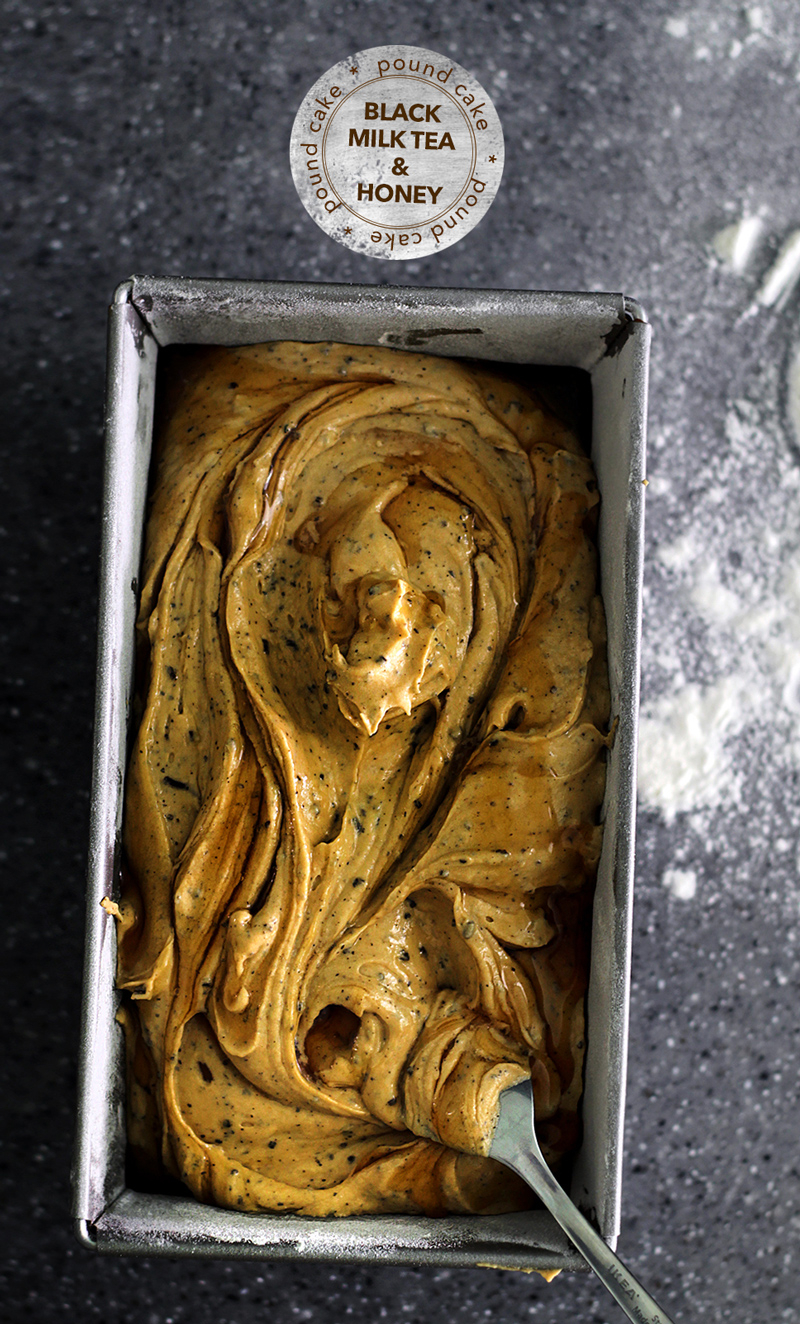 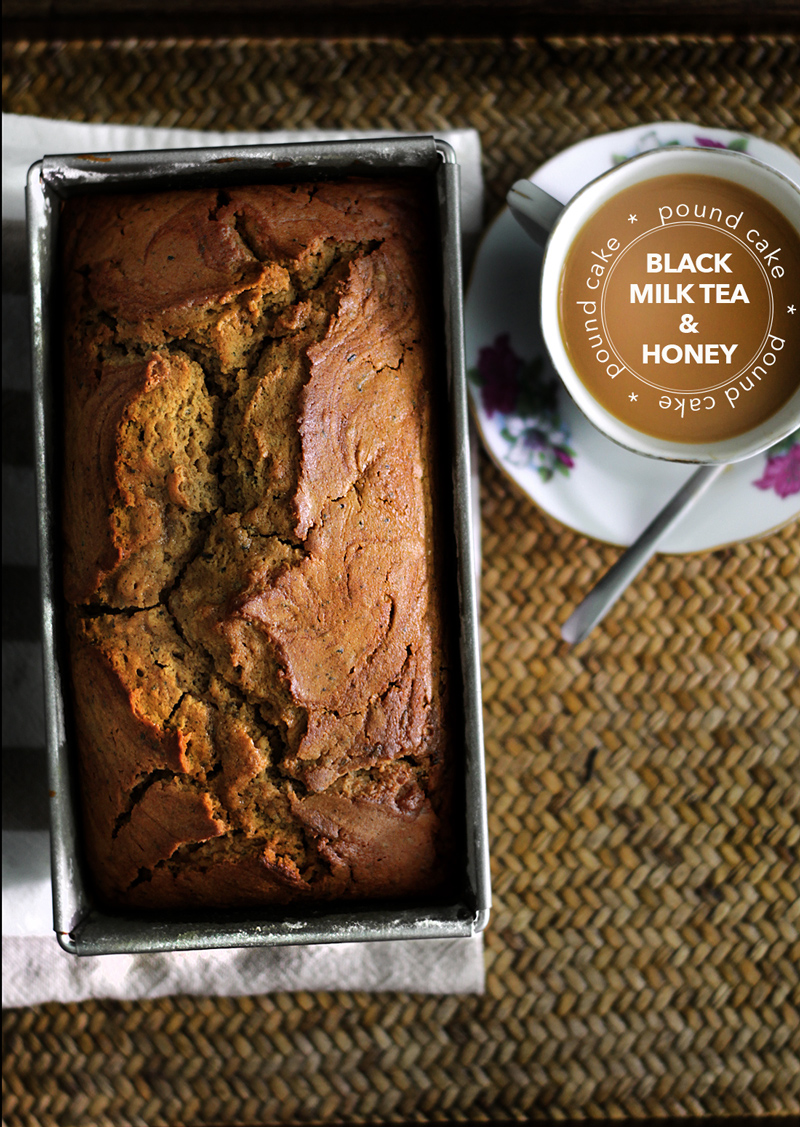