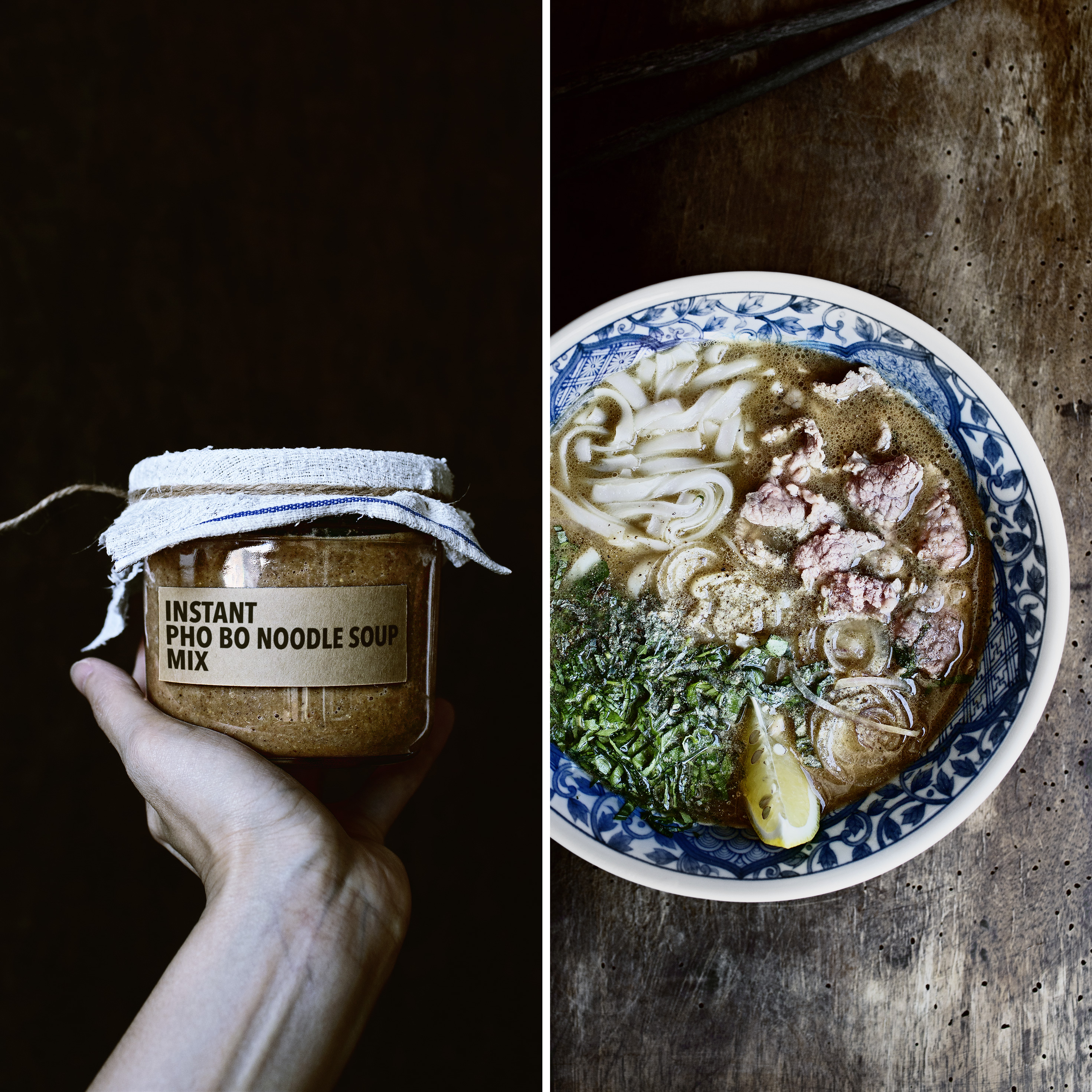 May 29, 2018 In All recipes, Condiments, Noodle/Pasta/Rice, Quick Meals 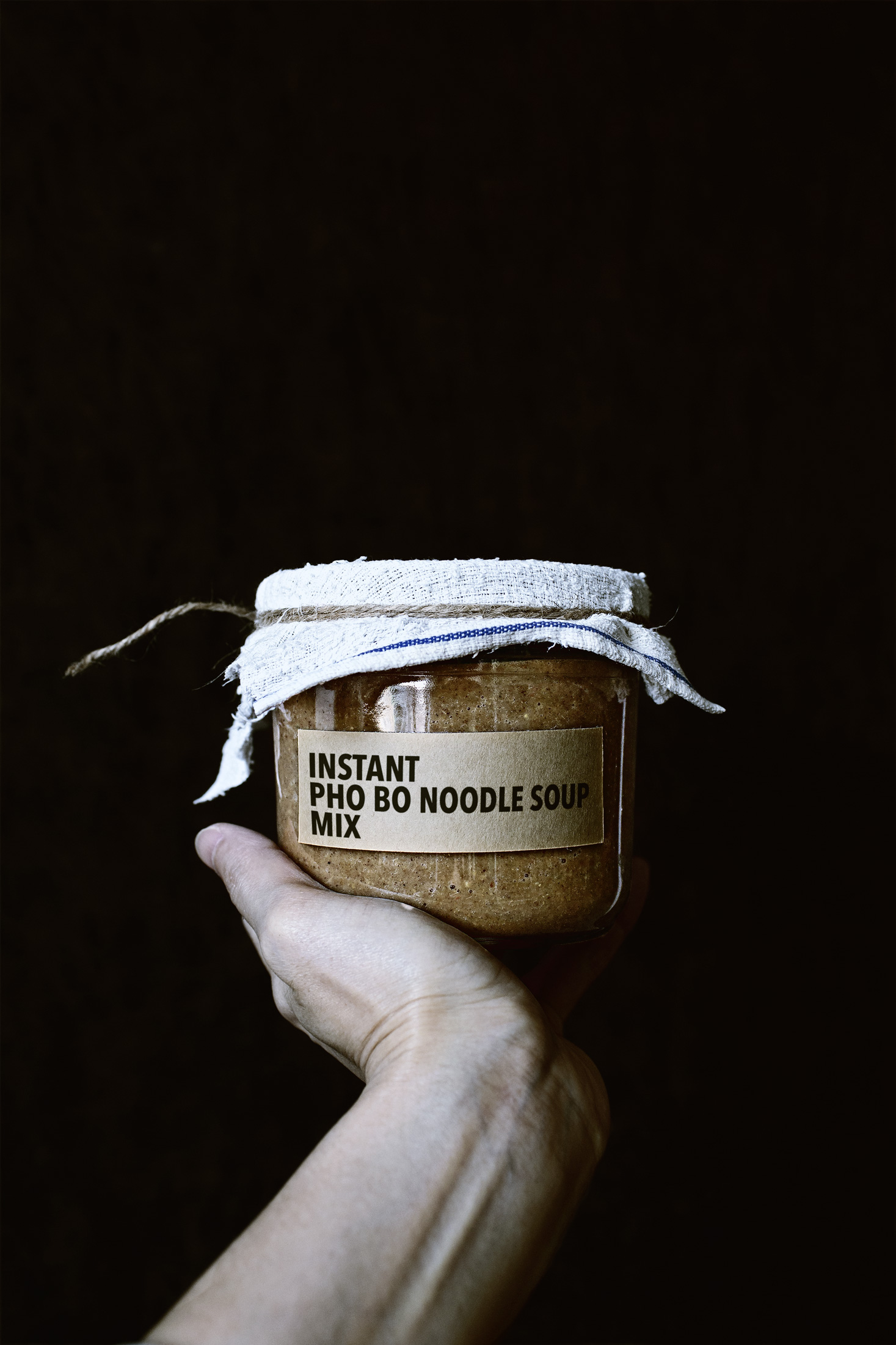 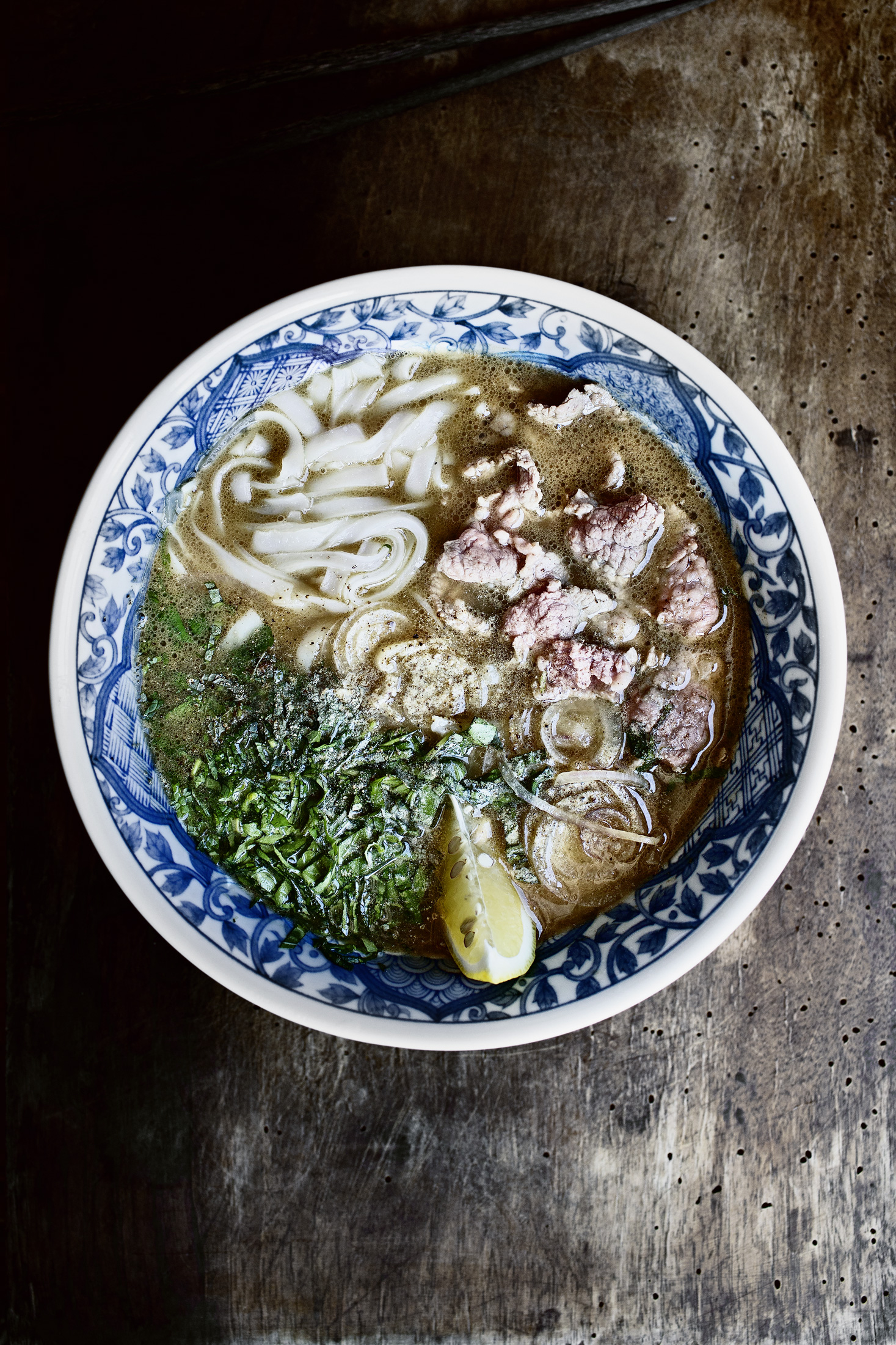 WHAT:  Instant pho bo noodle soup mix, the answer to the prayers of all the geographically misplaced and physically unable foodies who make the regrettable mistake of watching a Vietnam street-food video on Youtube pass 10 PM.  We know who we are.

WHY:  Widely known as a labor-intensive and time-consuming dish, yet cruelly happens to be the most desired slurp from Southeast Asia in North America, pho bo has been tormenting addicts who are kept apart from a proper fix due to cold hard geography, or, something no less ruthless, a human condition called sloth.  But this barrier is no more, my friends.  Because what is mankind if not the extraordinary will to cheat its way through shortcomings?

HOW:  Every single aromatics and spices that are used in the traditional preparation of pho bo undergoes the exact same treatment in this recipe, the charring of the onion and ginger, the roasting of shrimp paste, the calculated balance of spices.  The only difference is that the mixture is blended together with an ultra-reduction of store-bought beef broth and fish sauce, into a smooth, saucy seasoning.  When the craving hits, the complete obliteration of the ingredients allows their full and speedy release of flavors and aroma where they dissipate into more beef broth (don’t worry, still store-bought), creating a marvelously close-tasting broth to the ones that take hours, all in just 2 minutes.  From this point on, all it needs is a mandatory fine-tuning of lemon juice, sliced onion and fresh herbs to bring it quintessentially Vietnamese.  Then, a couple squirts of Sriracha and hoisin sauce to make it non again.

Here you ask, is this the same as the pho bo you tasted in Saigon where you lost a tender piece of your soul behind and was left to wonder this earth forever incomplete?  Pffff, of course not!  A cheat is a cheat.  Anyone who’s tried liposuction will tell you they don’t look like Gisele Bündchen quite yet.  But I will say this, that in between all the sad Vietnamese restaurants provided by the cities where I’ve stayed in the past almost two decades – New York, Taipei, Hong Kong, Beijing – or the alternative of plowing through 12 hours of labor whenever the craving hits, honestly, I prefer this instant mix over any of the above.  And if you know me at all, that’s saying a lot.

FOR ALL THE GEOGRAPHICALLY MISPLACED AND PHYSICALLY UNABLE FOODIES, WHO MAKE THE REGRETTABLE  MISTAKE OF WATCHING A VIETNAM STREET-FOOD VIDEO ON YOUTUBE PASS 10 PM 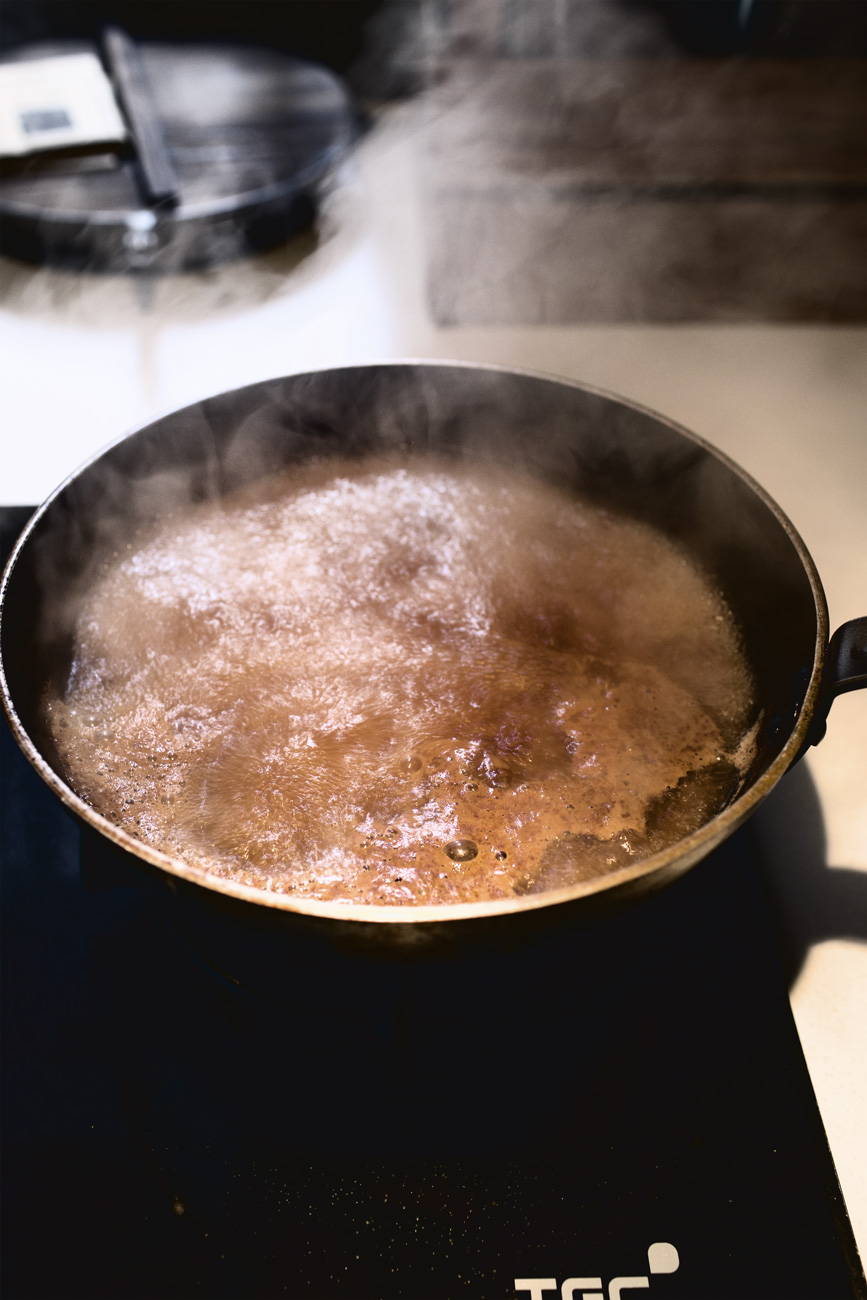 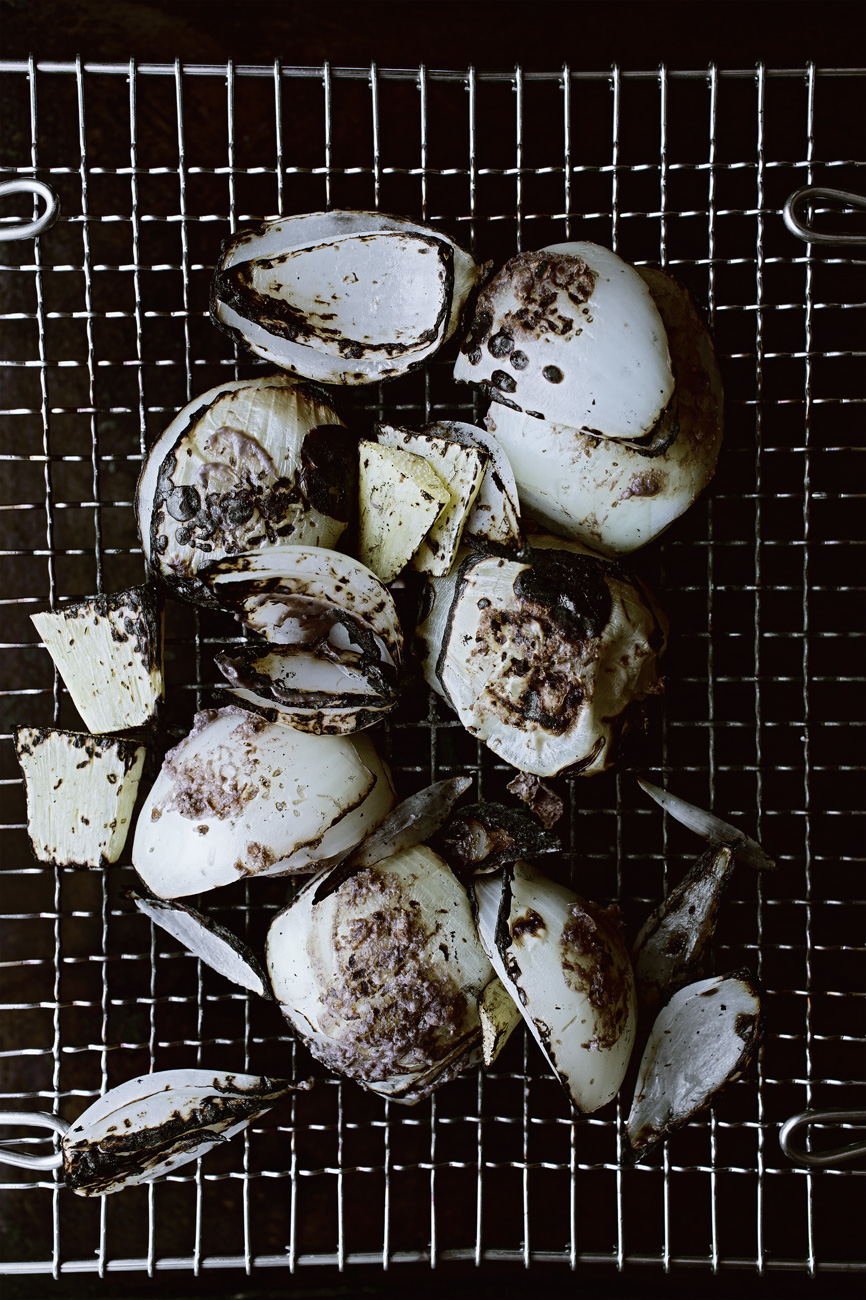 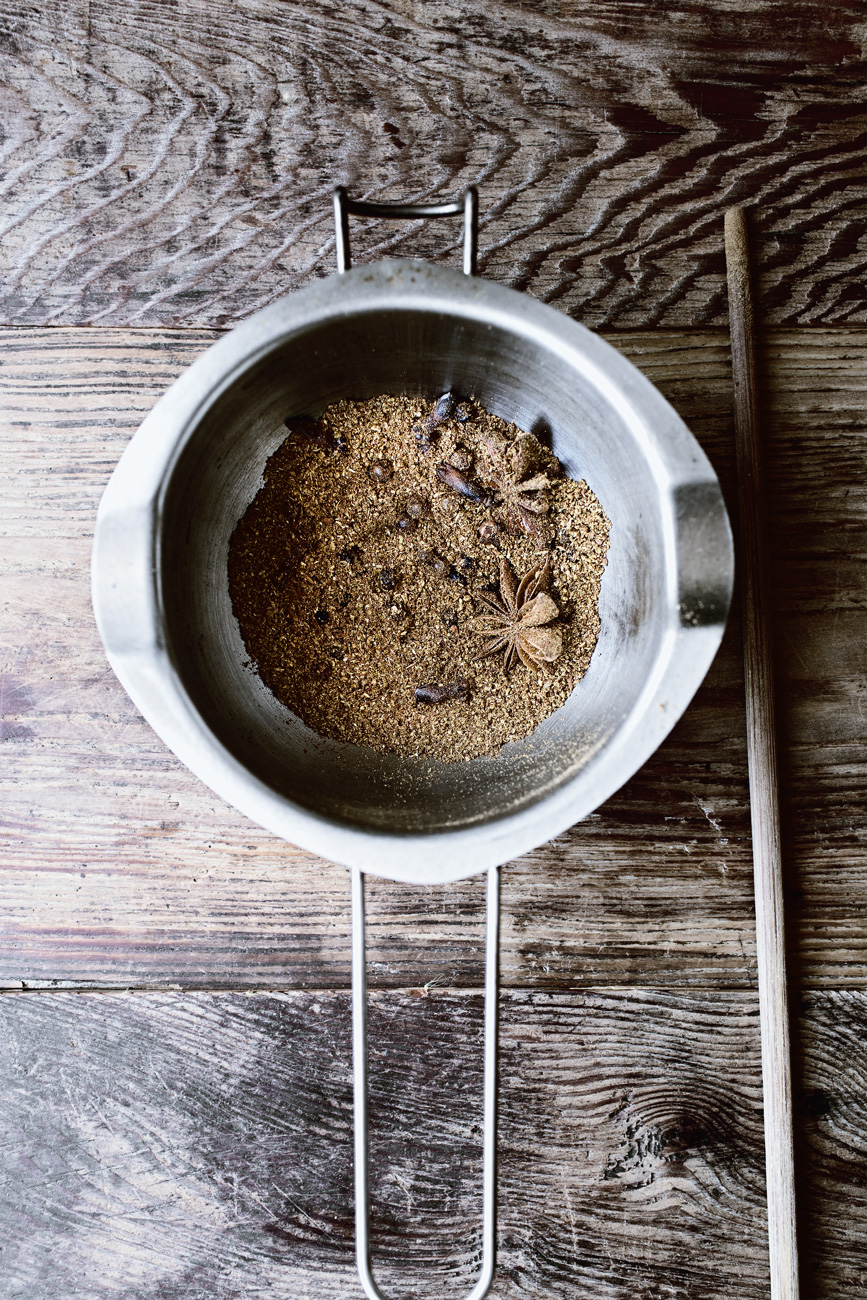 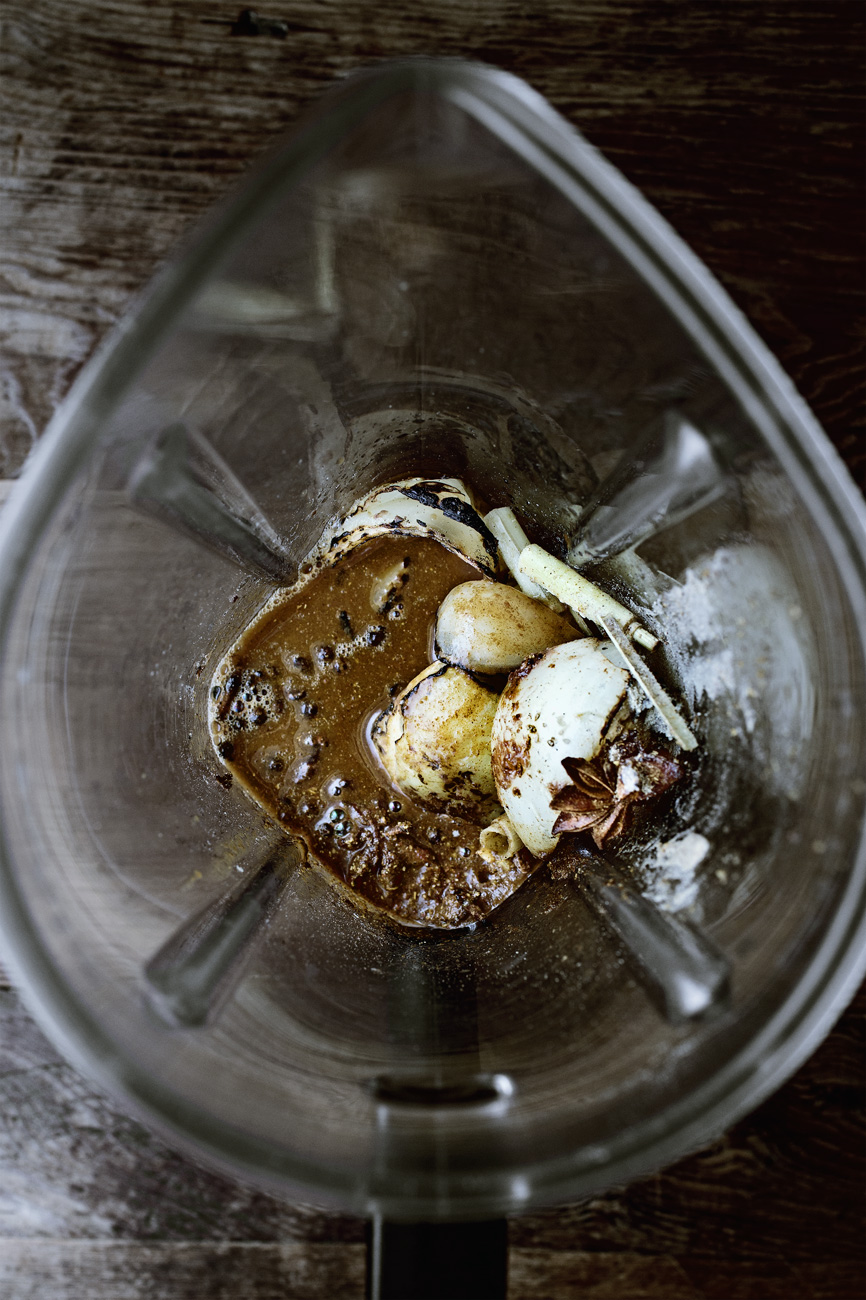 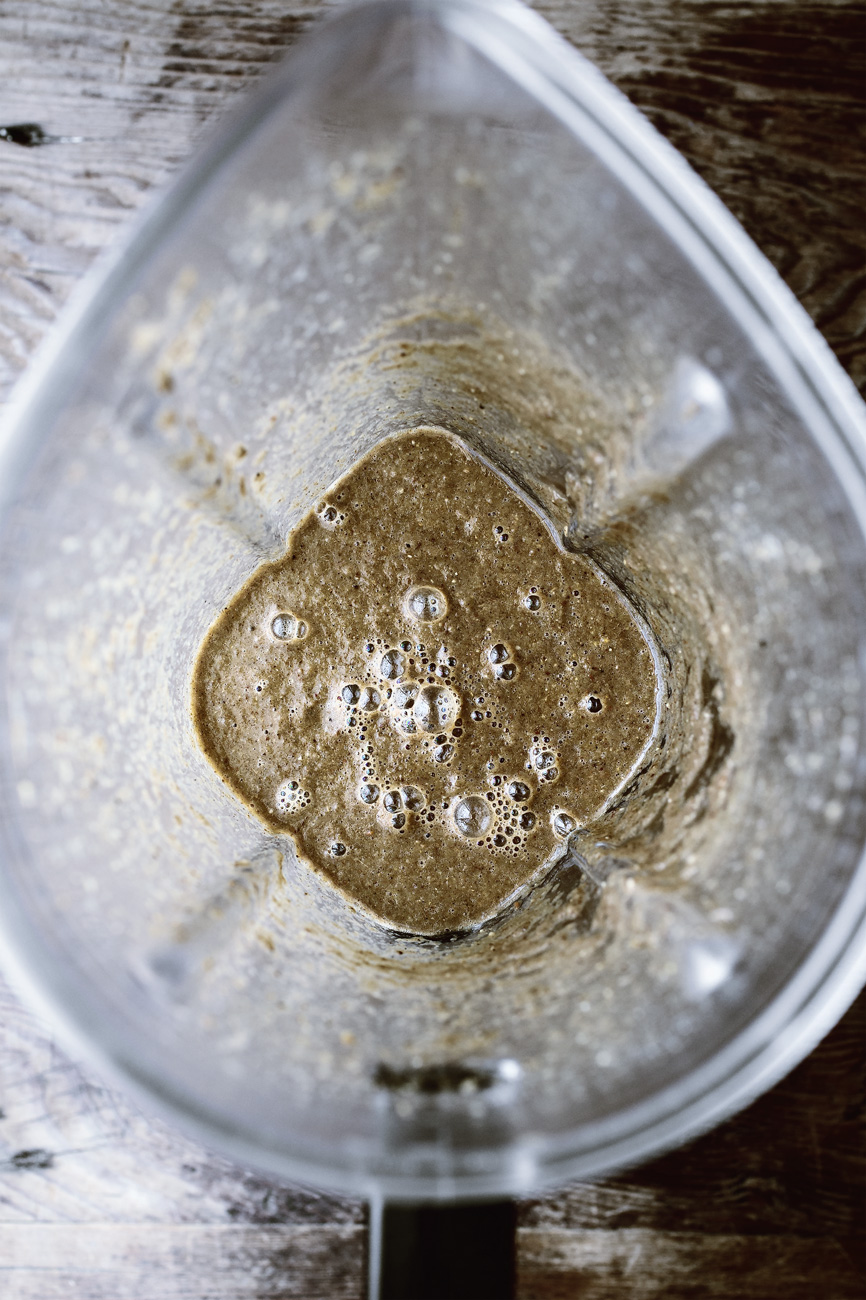 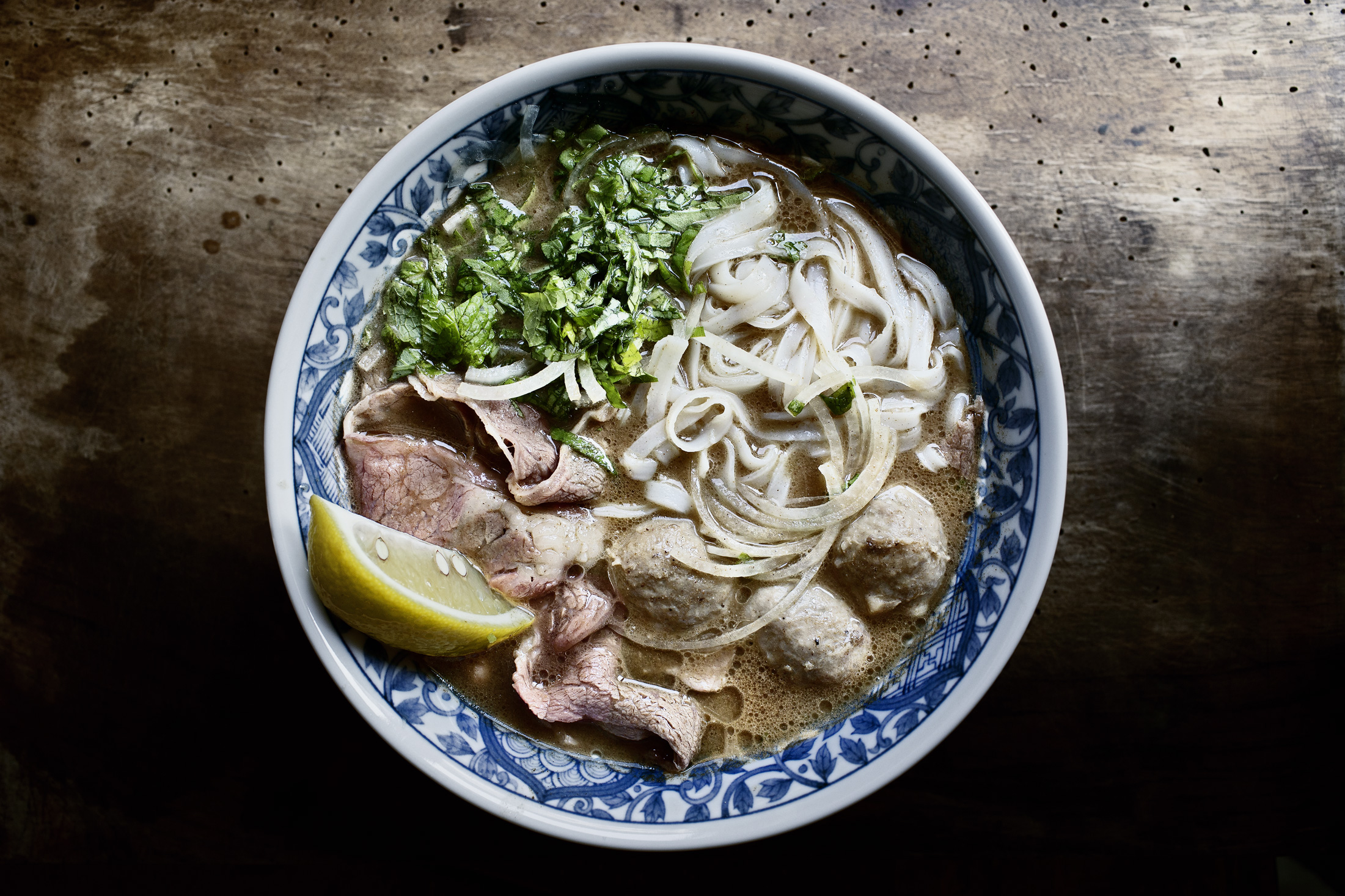 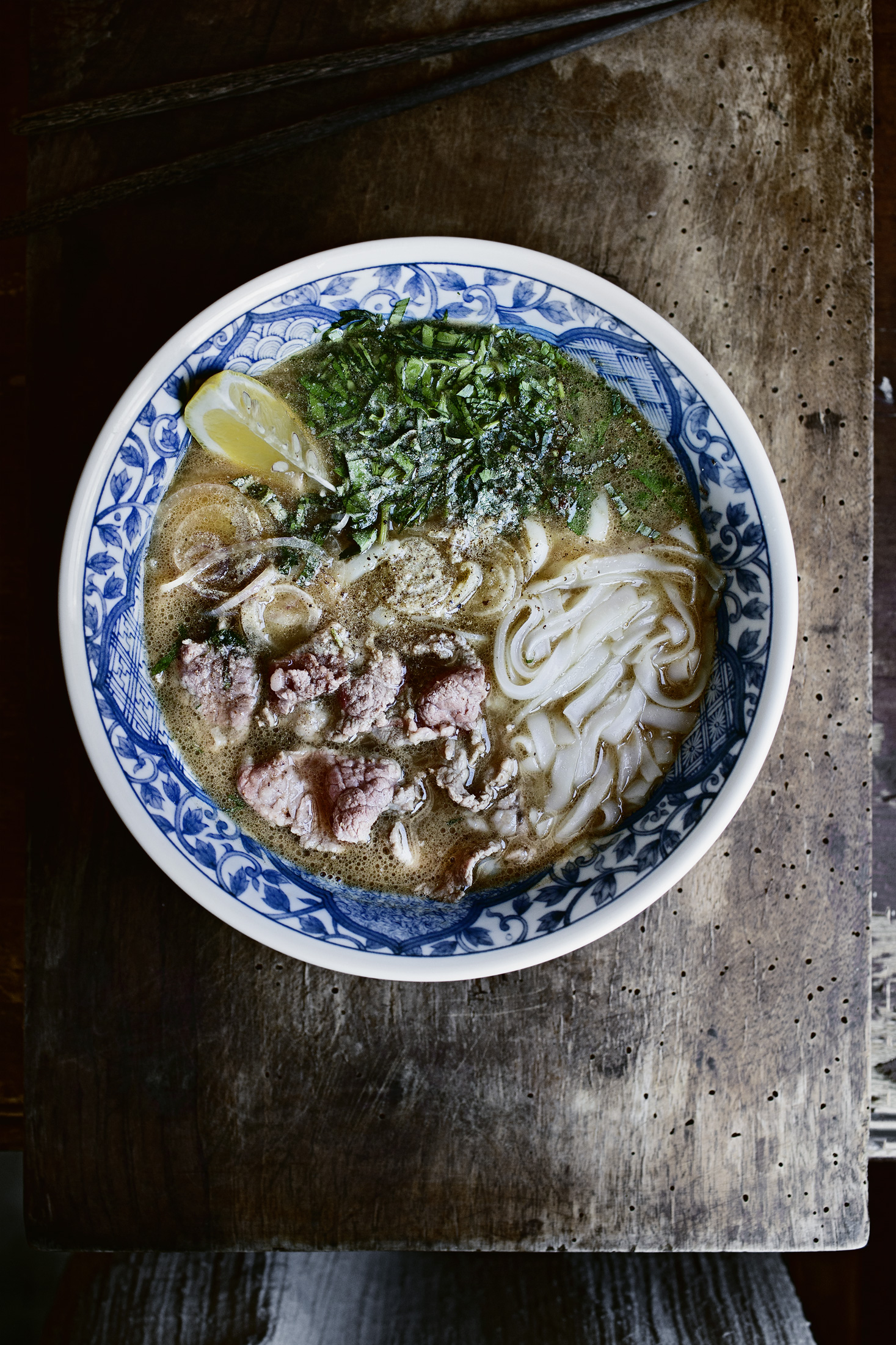 INSTANT PHO BO MIX:
TO ASSEMBLE (for each serving):

* For low sodium beef broth, I'm using Imagine Organic Beef Broth, but you could also use 365 Everyday Value Organic Beef Broth or Pacific Foods Organic Beef Broth. The reason why I want to use slightly more "premium" brands of broth is because it's such a crucial component in this recipe, the quality of which will significantly affect the final result. So as a general rule of thumb, I will stay away from brands like SWANSON, CAMPBELL'S, or any other broth that contains tomaotes.

** Every bowl of pho bo in Vietnam has MSG. It's practically regarded as a crucial ingredient. I'm not going to argue with that.

*** The instant pho bo mix is what gives the final broth its aroma and spice intensity. This ratio between beef broth and instant pho bo mix (2 cups of broth with 3 1/2 tbsp of the mix) is determined according to my own taste, which provides quite a intense broth. But you can certainly adjust it based on your own liking. If you like a lighter broth, add less mix, and re-season with more fish sauce to make up for the saltiness.