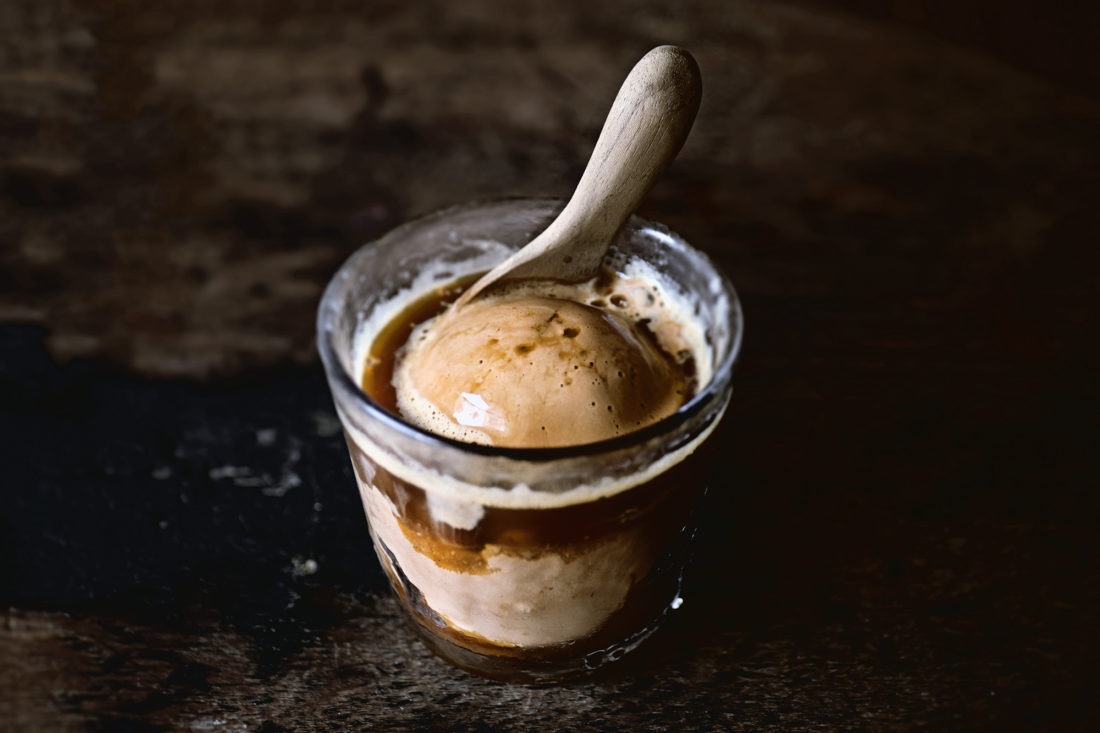 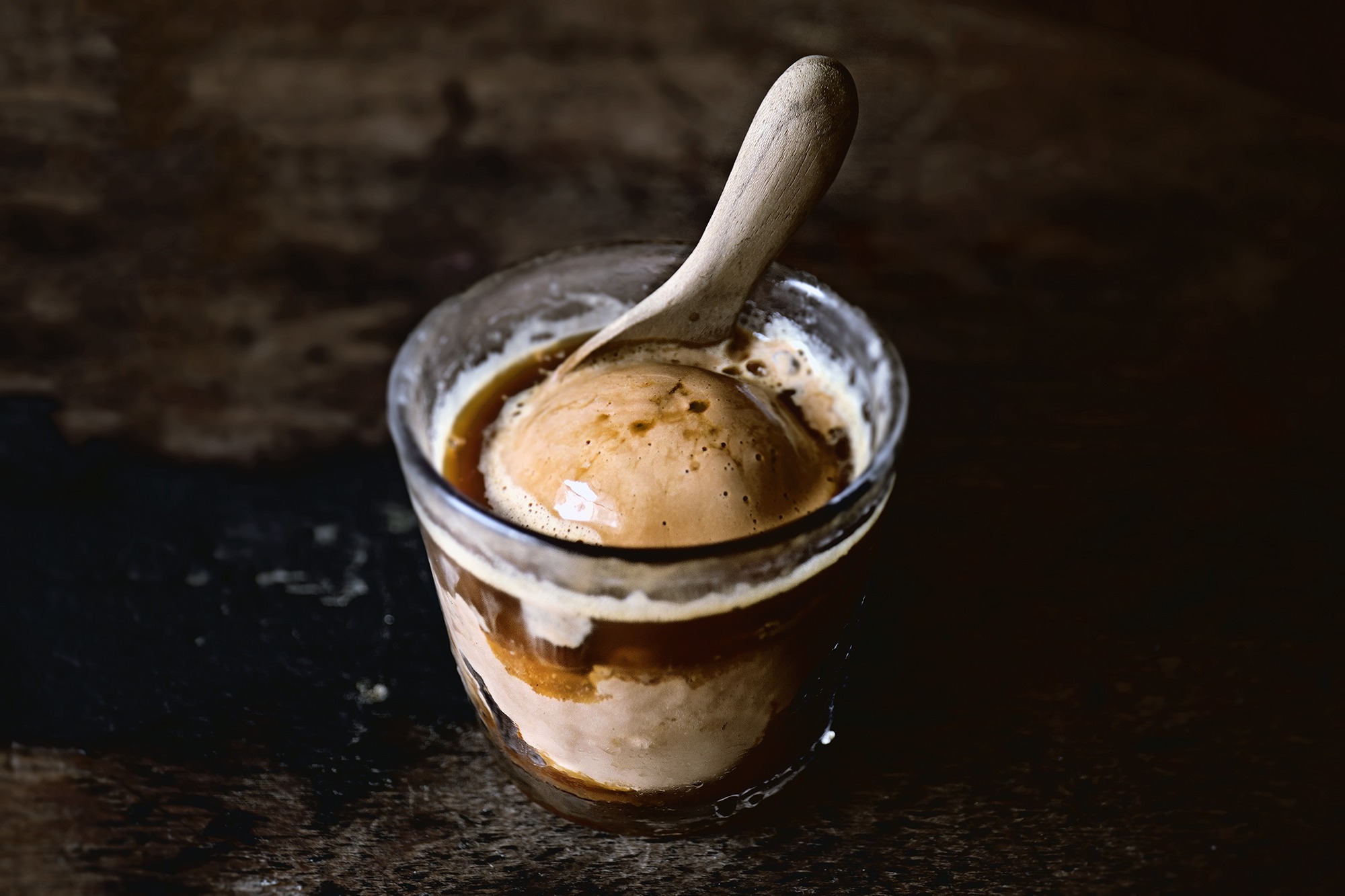 (I stood there) mildly confused about what just happened. But a long-overdue sense of consolation and the temporary release from anger and malcontent forbid me to investigate.

(An edited version was published on Heathyish).

In a sweltering, Hong Kong summer afternoon only slightly tempered by the torrential rain that had just begun to batter the island, I stood in my kitchen trying to figure out the golden ratio for brewing a cup of silky Hong Kong-style milk tea, a legacy of course left by the city’s British colonial past, while on TV across the room, a black blanket of soaking wet protesters numbering in over a million stretching as far as the eye can see, were marching for Hong Kong’s future.

Democracy, is what’s on their table.

I felt a sense of commotion creeping up my chest as I tried to drown it by scorching the tea leaves with my screeching kettle, watching them tumble and twirl inside the tea pot in a hopeless toil. But it did little to distract me from realizing, once again, what a familiar predicament I am in. Because the very reason that I am in Hong Kong, is precisely because I was determined to leave the place that Hong Kong is becoming in its current trajectory – and fighting not to be – China.

In 2008, after the titanic economic crash that would later come to be know as The Great Recession, I left New York with my husband who was offered a job in Hong Kong and later moved to Beijing for its more stable market. Little did I know, the following six years would become the most turbulent, if not emotionally destructive period of my life. Under China’s increasingly heavy-handed authoritarian rule, the very act of living in a place clashed violently with what I was brought up to uphold, however naïve, as a principle for democracy and civil rights. It’s a place where the personal surrender of liberty is made painfully apparent every day, where you are required to be okay with what you’re allowed to watch listen or say, where even the access to VPN (virtual private network to bypass the great firewall) is closely administered under the moody mercy of the Chinese government, which is difficult if not unreachable most times of the year.

Surely, as many would argue, that if you just take it lying down that the daily functions of life can go on like any other places, but I couldn’t just take it, this constant psychological bullying, and the worst of all is knowing that by accepting this oppressive reality in exchange for economic gains, I was in some way, complicit.

But leave… I did not; I stayed; I made dinners; I abided.

Then one night, as mundanely miserable as any other, as if something had snapped, neurologically almost, perhaps prompted by the salted sting of happier people living happier lives in Rome on TV, I hovered into my kitchen in an eerie silence. I laid out my subjects in a pathological orderliness, unbleached flour with 9% protein, free-range egg yolks, water and salt. I can still remember plunging my hands into the wetness of this flour mixture, in a trance almost, squeezing choking and tearing it until this unruly and sordid coagulation slowly transformed into a shiny globe of supple, silky and harmonious cohesion. After impatiently allowing it to unwind, I then force its unsuspecting body through the cold, revolving steels of a pasta machine, watching silently its malleable mass extruded and aligned under the unnegotiable pressure into a pristinely edged and sleek sheet of silk. Oh the jitters, I paused only momentarily to relish in this anticipated gratification, before I robotically drove repeated incisions into its surrendered body until its severed parts laid in uniform strands on my bare countertop.

For a while I stood there, looking down on my hands encrusted with dried fluids, mildly confused about what had just happened. But there, a long-overdue sense of consolation and the temporary release from anger and malcontent forbid me to investigate. 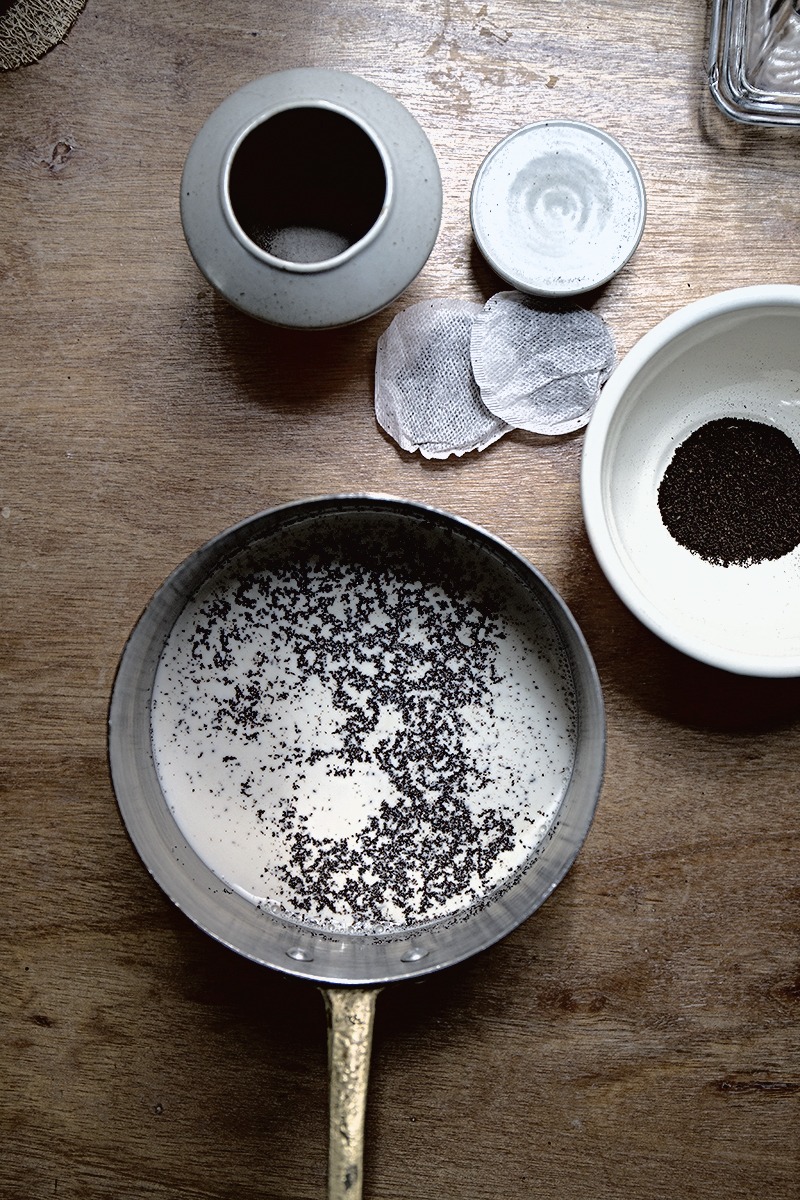 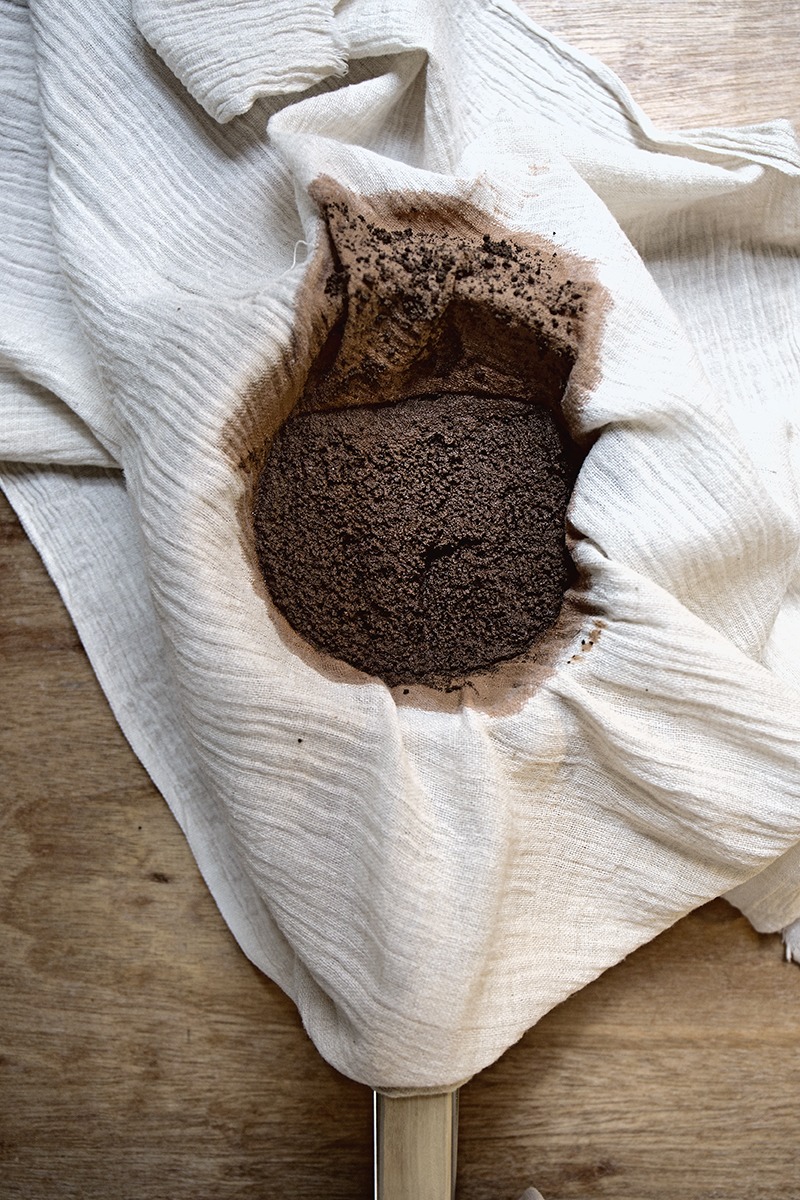 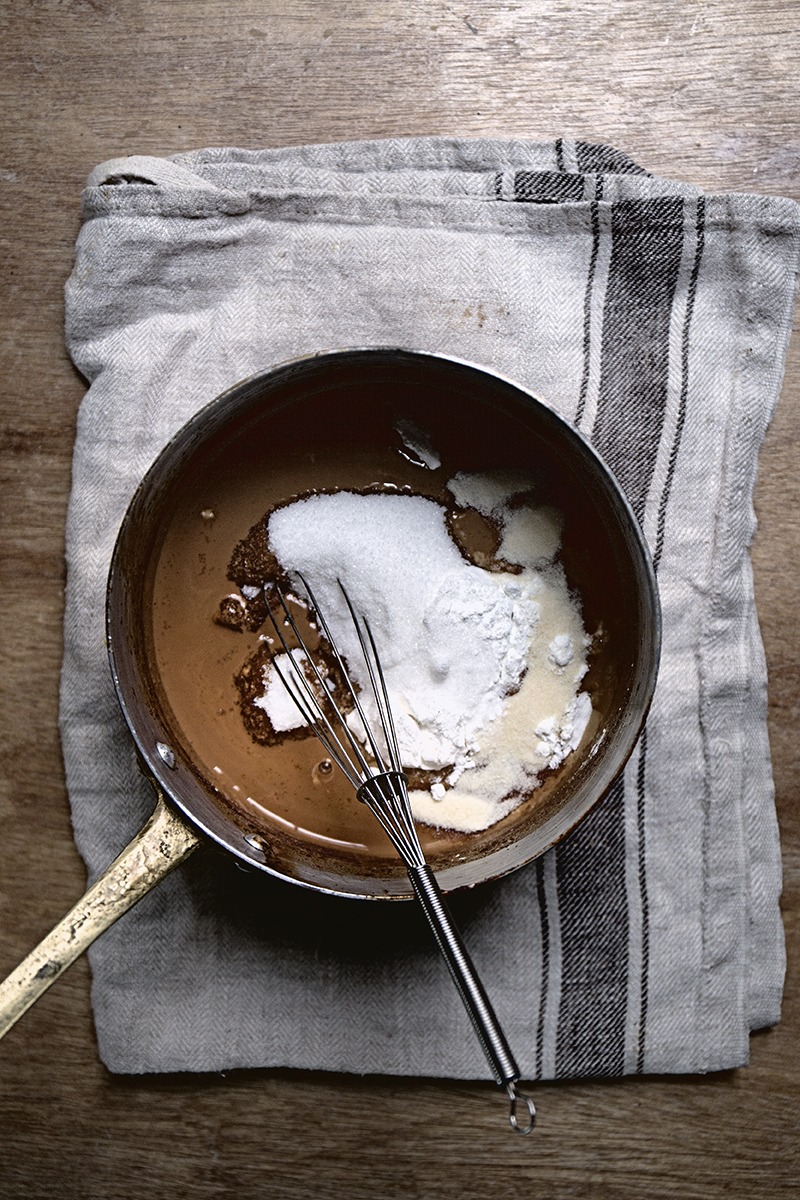 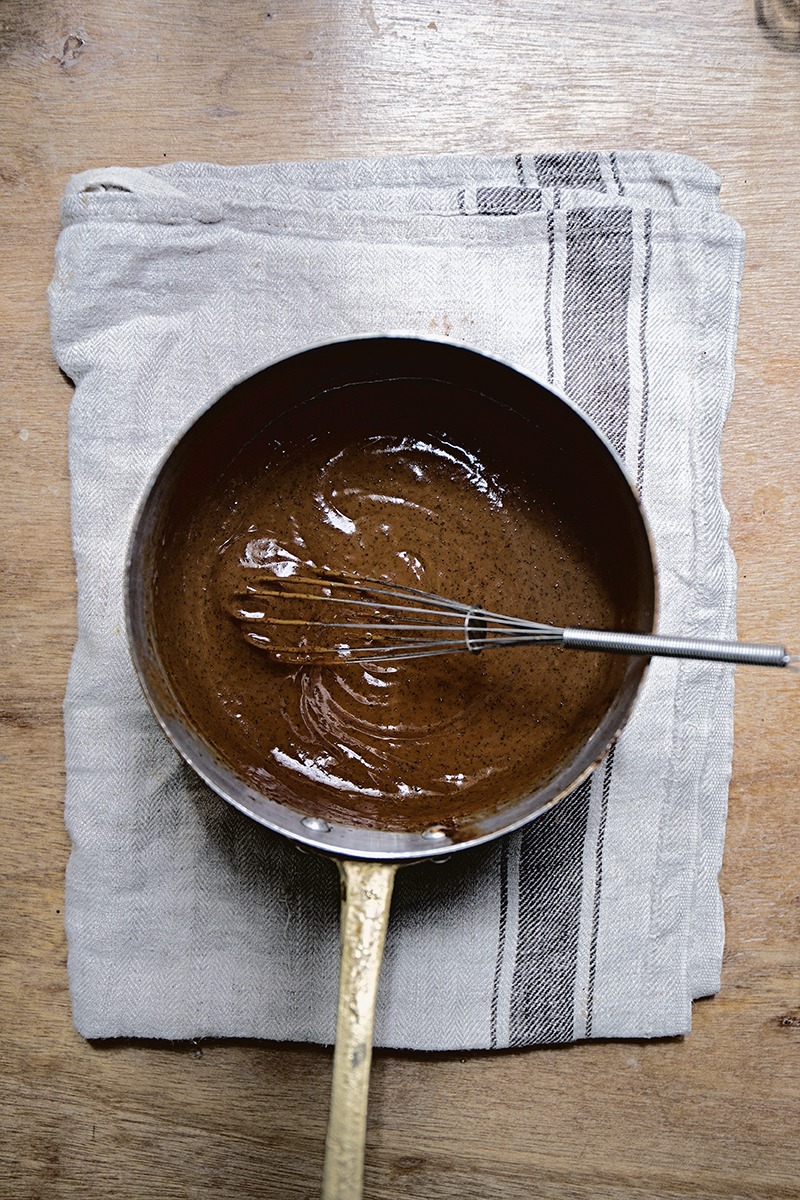 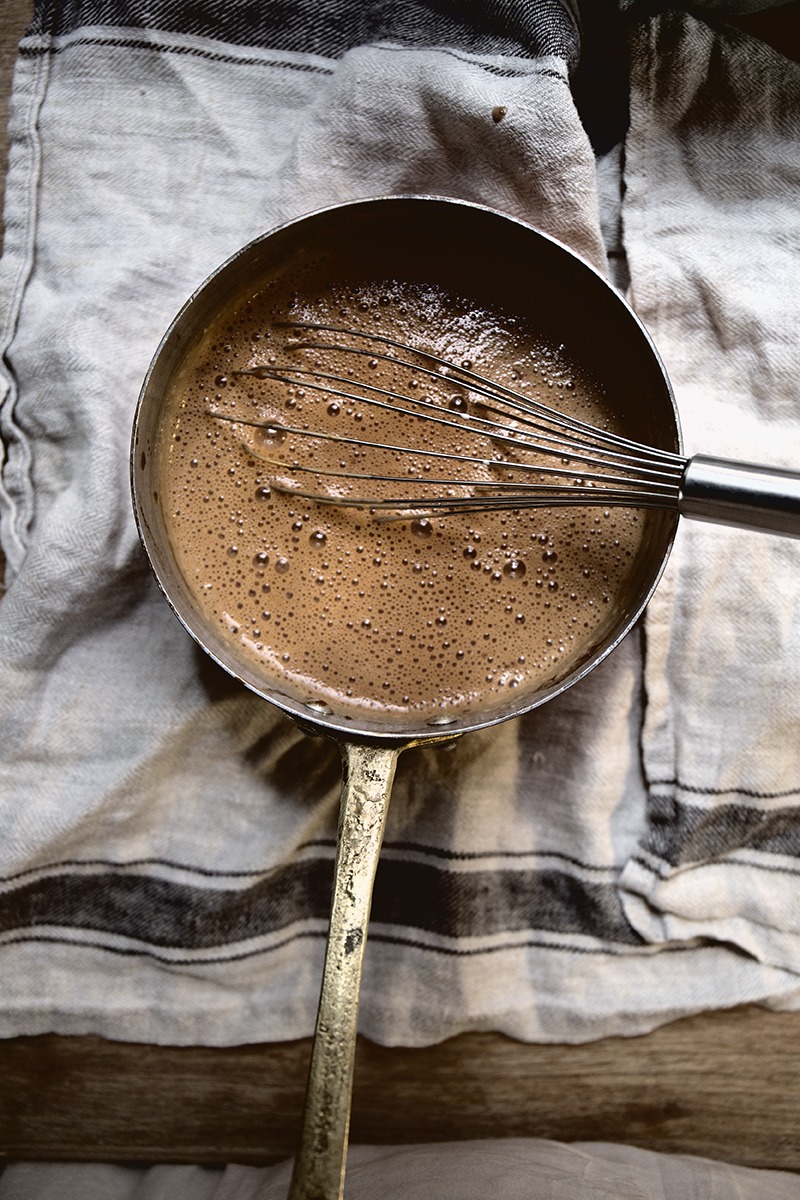 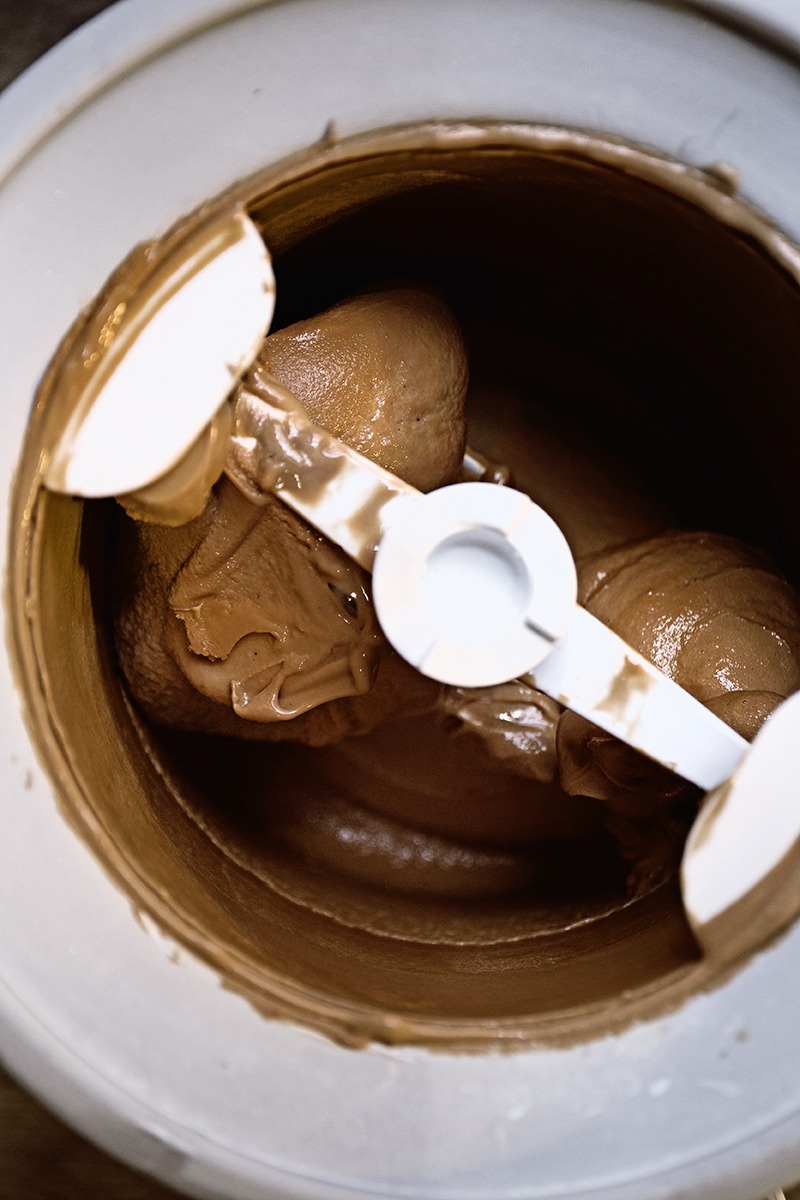 I did not leave my apartment until two weeks later, I resurfaced in a daze with both of my hands cupping an entanglement of a pile of perfect, fresh tonnarelli, the quintessence of cacio e pepe. It was the first time in my almost twenty years of cooking and three-plus decades as a successful quitter, that I exhausted as much energy and time as it takes to refine a single recipe, near mechanically, until it was exactly where I wanted it to be. From that day on, without knowing it yet, I became what I would like to call later on – an escapist cook.

In 2012, two years after living in Beijing, I started this food blog, where I retreated in a desperate, sheepish, and self-loathing isolation, cooking, whisking, documenting as I felt the fight in my youth slowly dribbled away. Then in 2016, not driven by a resurgence of moral commitment, but instead, crushed by the deaths of my son and daughter, a 15 years-old toy cup Maltese and 9 years-old brindle French bulldog, I finally fled Beijing and became an emotional refugee in Hong Kong. In the form of a memoir and self-reflection, I even wrote a cookbook about it all. Not exactly the most proactive stance either. For a time being, no one, including myself, would blame me for accepting how the way things just are. There was nothing else I could have done, right?

Until three months ago, well over a million protesters in Hong Kong in this city of only seven million population, disagreed.

To one’s surprise it may be, Hong Kong – although often projected as city of modernity – was never a democracy. However, after its return to China as a former British colony in 1997, Hong Kong was granted a semi-autonomous status that allows it to retain a separate governing and judiciary system, with freedom of speech and press that is otherwise an impossibility in mainland China. People are allowed to roam free on the internet, retain right to information, Netflix and chill… However, no universal suffrage.

Call it a gluten-free bread; it’s something, just not the best part.

But gradually, China had time after time attempted to further knead this island, through public education and legislation, to eventually ready it for mainland’s strictly enforced authoritarian model. It had since sprung up a resistant, pro-democracy movement starting with the yellow umbrella movement in 2014 and its recent mass protest prompted by a proposed bill that would allow extraditions from Hong Kong to mainland China, an encroachment China was already illegally exercising in the shadow with or without the bill.

These massive rallies started peacefully, a fact that many pro-China critics seem to selectively forget. But as expected and without fail, when the voice of the people fell to deaf ears, a fraction of the protestors had inevitably turned to violence, to push back against the riot police, and to garner international attention. After three months of unrest, the government agreed to withdraw the bill, Yet, it has since become clear that the protesters will not be satisfied with anything less than real democracy. The crackdown incensed further enraged violence from the protestors, which in turn is used by the government to justify even more brutal suppression. For those of us who remember (all too well) the bloody massacre in Tiananmen Square, this is a dangerous stance to take.“If we die, well, we were going to die anyways.”

Right or wrong, hopeful or disillusioned, in the sun, in the rain, through the teargas and the rubber bullets, under the batons of the police who were thrown in the middle of this messy political sandwich, people who should be too old to care as well as people who are too young not to, either fell or kept marching.

I watched in awe, and with a sadly familiar shame. As a Taiwanese, like so many others from democratic countries, my democracy is an inheritance prepaid by the lives of a generation long before me. I realized I had spent my life in the luxury of forgetting that it came with a high price.

Untethered from my thoughts and reflections, I turned my attention back to the loose black tea leaves inside my teapot. Despite being small and scattered, their hickory essence had nonetheless spread through the entire body of water, slow, organic, yet resolute. A bittersweet transformation.

A fool’s hope, maybe. But all the best kinds are.

(Read my journey in our cookbook: The Art of Escapism Cooking – A Survival Story, out on October 15th, 2019) 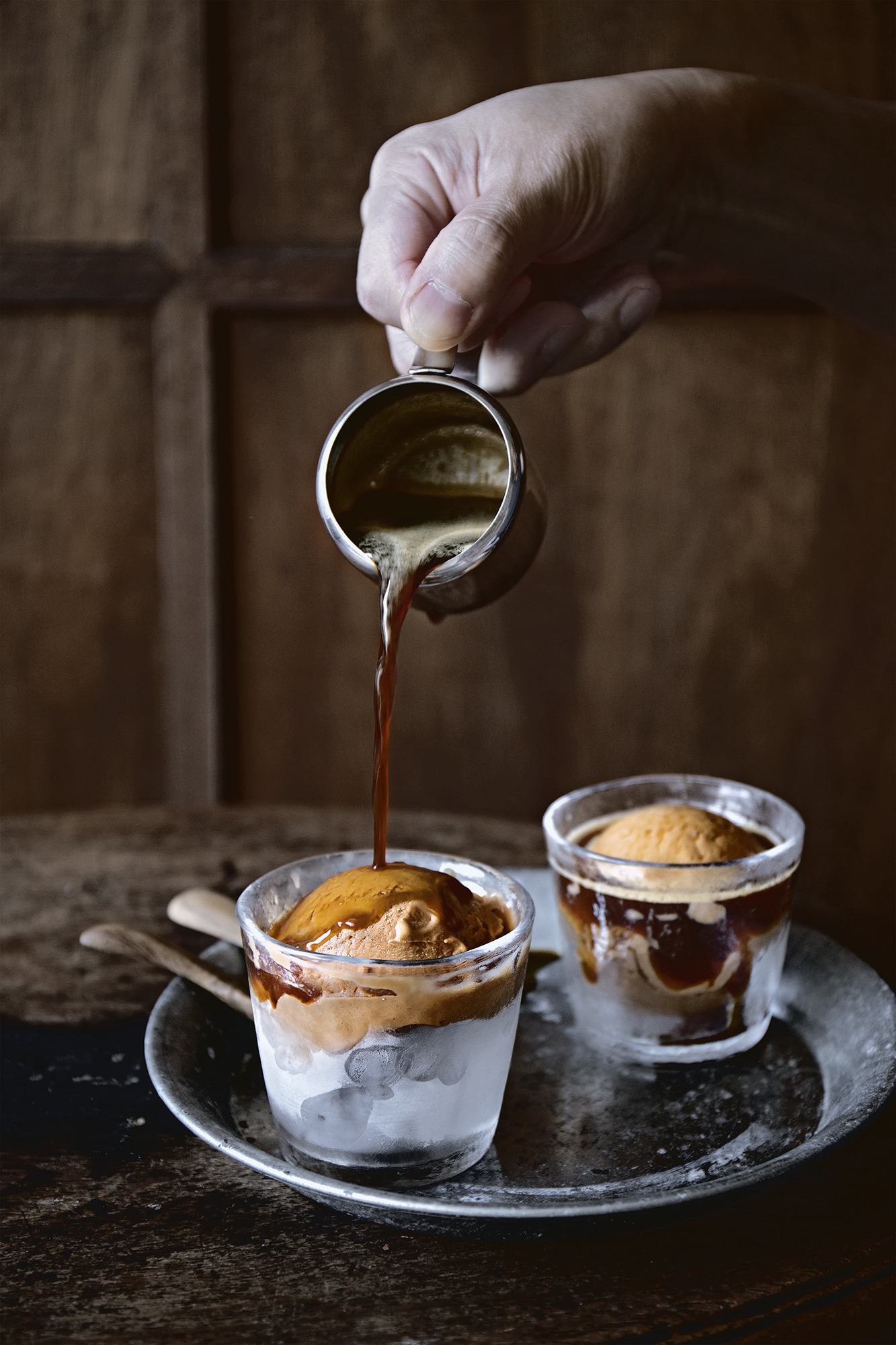 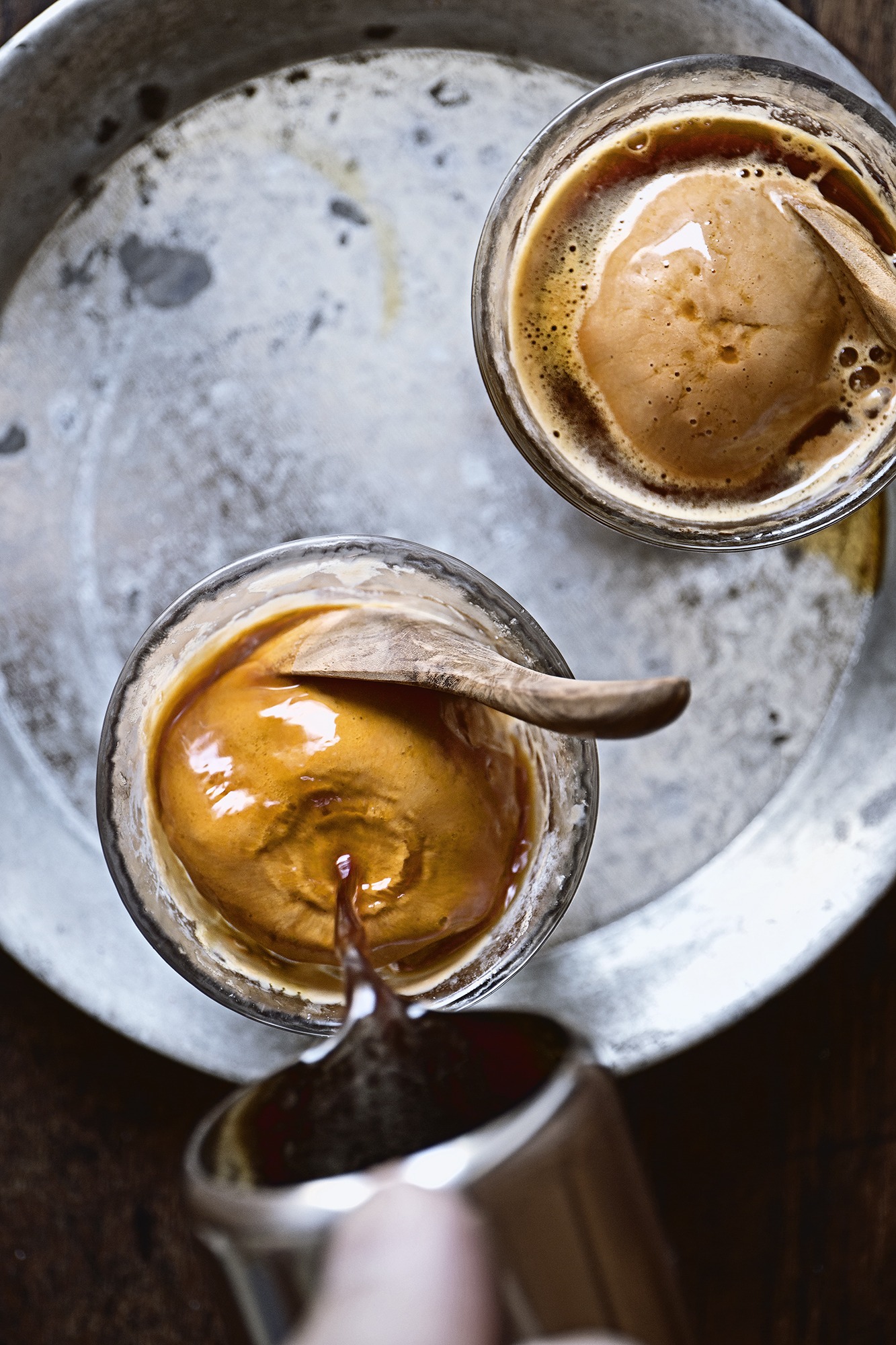 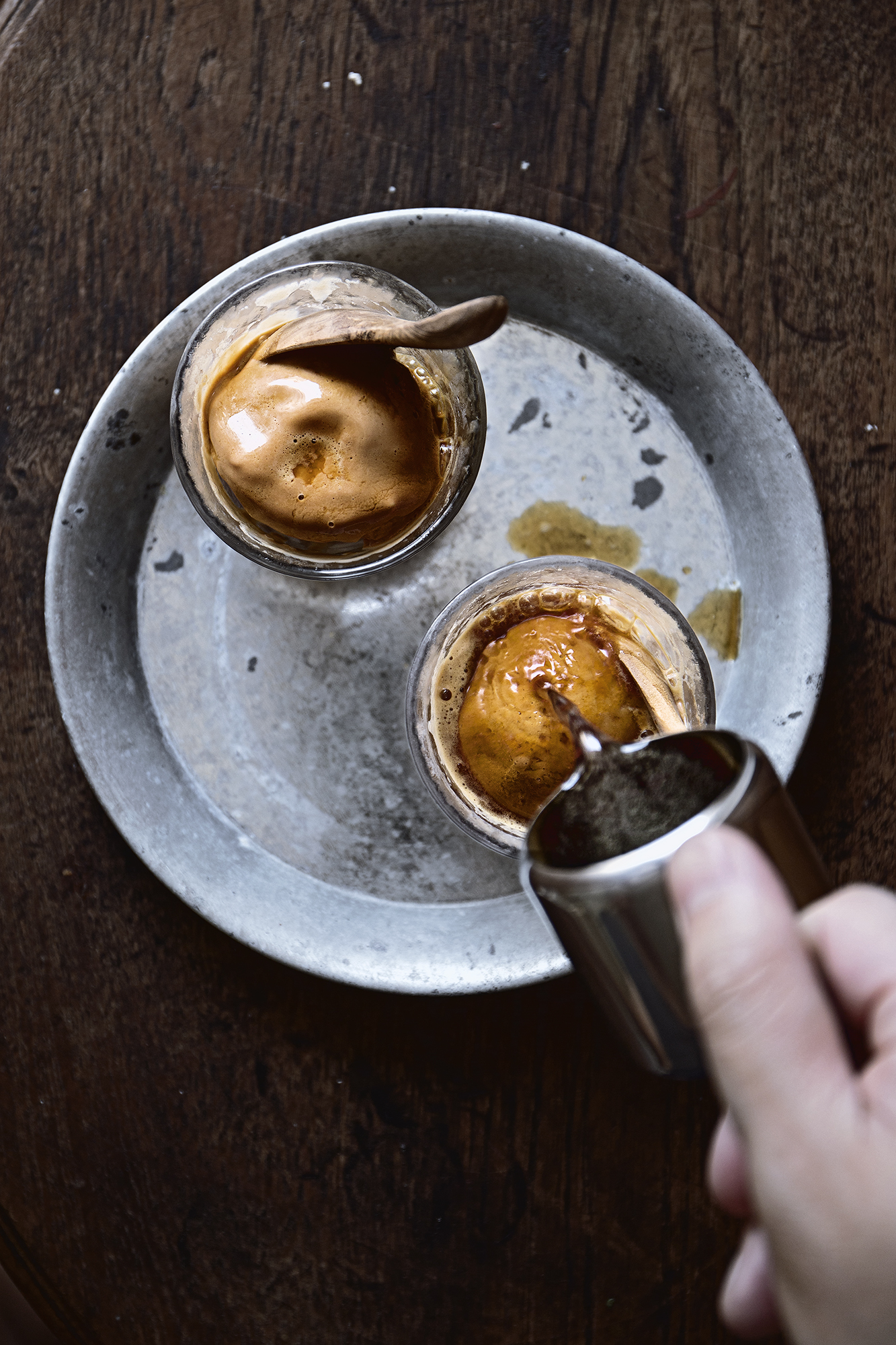 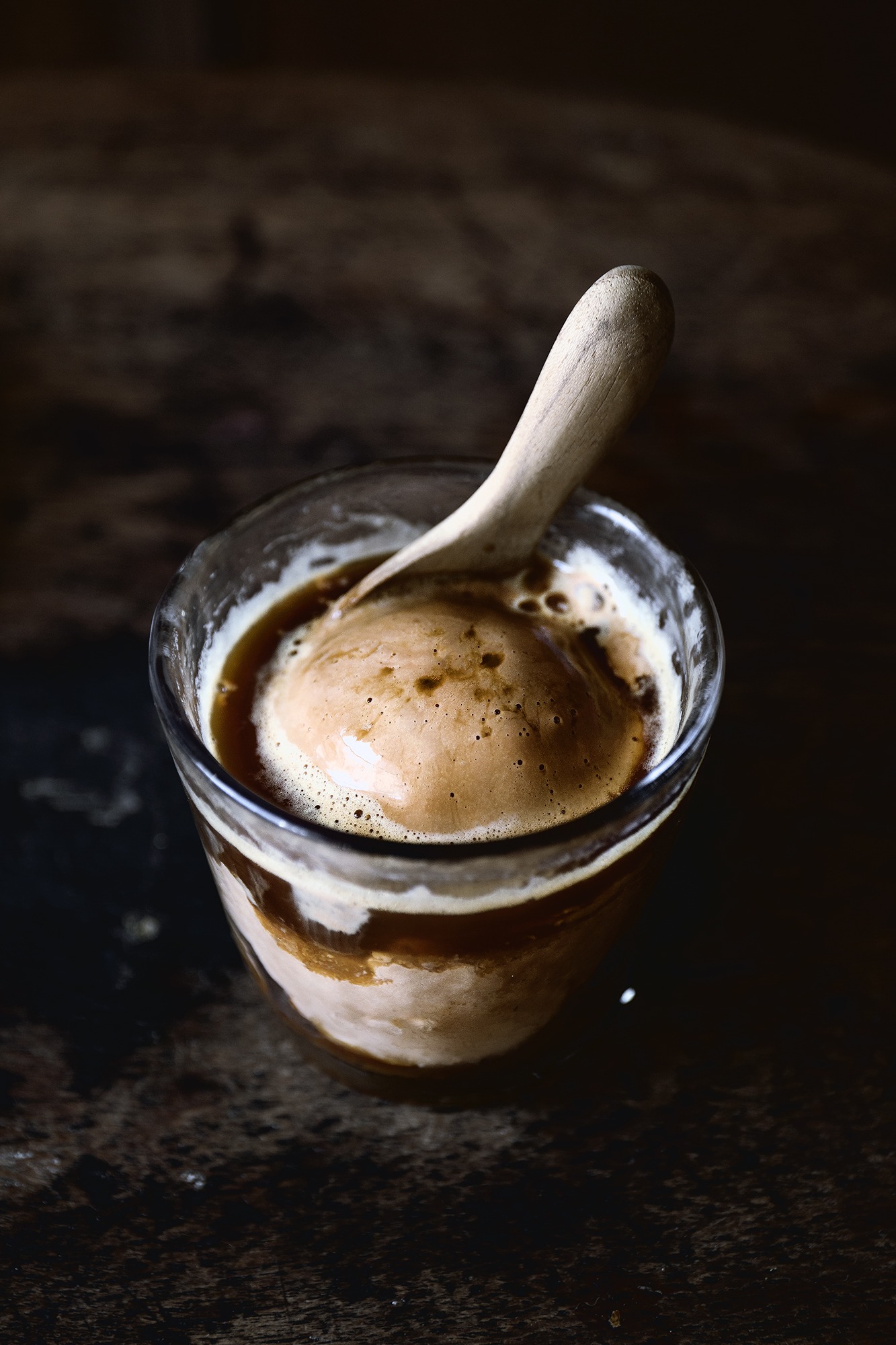 In my opinion, the distinctive flavor of Hong Kong-style milk tea is defined by the use of evaporated milk. Not sweetened condensed milk, not cream, but full-fat evaporated milk, and lots of it. So please do not substitute whole milk with cream in the attempt to make a richer gelato, because it would overshadow the evaporated milk.

* My preferred black tea leaves to use are Assam black tea, but if sourcing is an issue, I've also had success with simply English breakfast tea.

** The sticky rice flour (aka mochiko flour) is the secret ingredient to a chewy, ice crystal-free textured gelato even when, in this case, fat and sugar content is relatively low. It cannot be substituted with other rice flour or starches.