London, barely, plus Yorkshire pudding and my Sunday roast 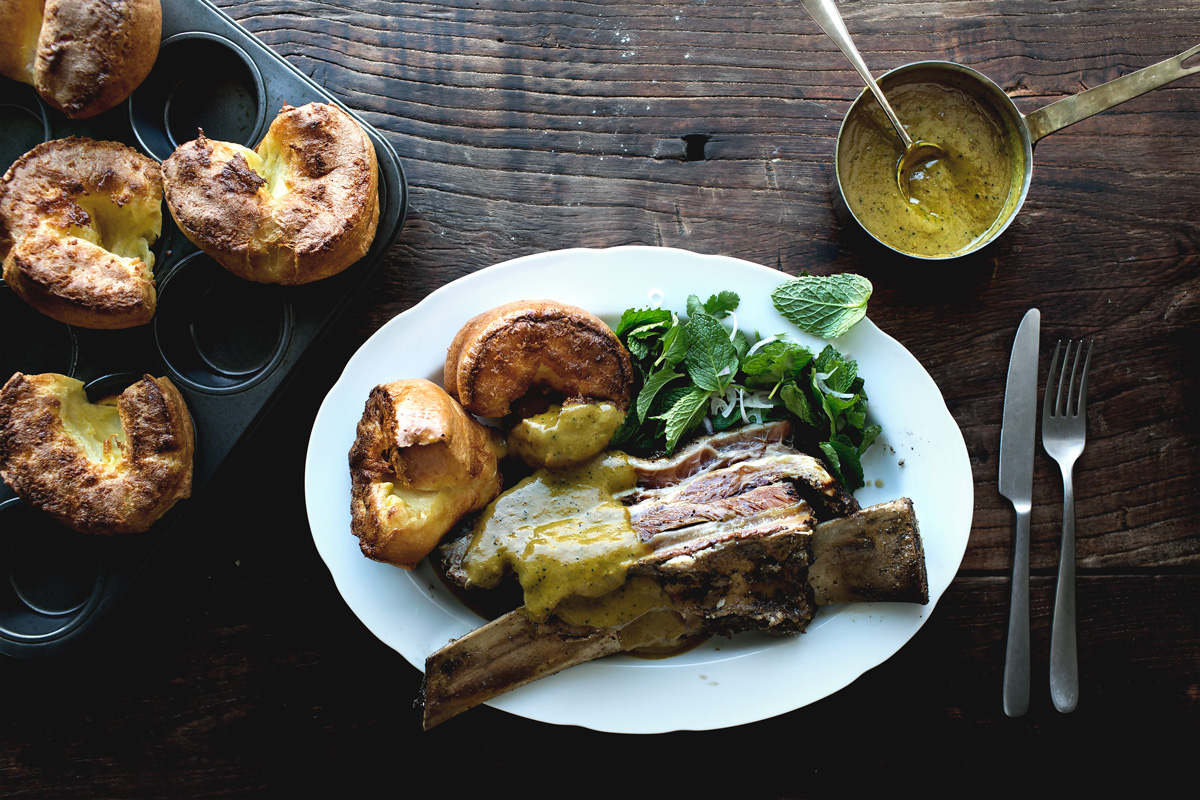 London, barely, plus Yorkshire pudding and my Sunday roast

Some of you may have noticed, that this series of travel-diary/recipe-exploration on the three fabulous European cities I visited last month, is actually going in reversed orders. Reasonable doubts would suggest that I’m saving London for last, but truth is… it’s because I’m struggling to remember any of it.

Before Lisbon, before Madrid, going backwards in sequence, we actually arrived in London first, this posh and thrilling British gentleman that I’ve always had a crush on from afar. But turned out, we didn’t arrive alone. Came with us, was a persistent, cunning and serpent-like seasonal flu which already found us to be very amiable hosts back in Hong Kong, then apparently, took an even deeper liking in the unpredictable and drizzling British weather and decided to extend its stay for our next several miserable days. Although, in the flu’s defence, it did embody a certain level of traveller’s enthusiasm and took us for a joyride to all the most notable drugstores that London had to offer (Boots, you’re a doll). However, beyond which, it showed lacking interests in just about anything else. Museums? Charming little street? No, flu wanted to stay home and suck fingers.

So I’m sorry, London (and the ones who fell ill on the tube going from West Kensington to London Bridge on Dec 22nd around 1 pm… It was me). Because I could only sort of remember you as a beautifully wetted city of yellow bricks and steels under an eternal overcast, or as least so you were every chance I looked, mostly up from a pile of tissue-ruins through my watery and bacteria-infested eyes. Were you a bit blurry or was it me? All jokes aside though, I would definitely make a return visit to London. In fact, I have already been looking at some mayfair hotels online for inspiration for our next trip. Watch this space.

THIS THING THEY CALL, YORKSHIRE PUDDINGS… THE AIR BALOON-EQUIVALENT OF PASTRY… ONLY THAT IT IS EGGY, CRISPY, FLUFFY AND SO MUCH BETTER THAN I EXPECTED

I did see though, a couple of the important stuffs. The Borough Market… Duke of York Square Market… St. John Bread & Wine… made the pilgrimage. And the more I scratched over the surface of all the excitements, wonderful smells of cheeses and seared meats, captivatingly unique architectures, and the deeply profound culture underneath it all that London has to offer, the angrier I was that I didn’t have the energy to explore further. So much to see, so little life. This isn’t an excuse, London! You weren’t the best mate to help sort out a flu and you bloody well know it!

And here I am, one month later, flu-free and apologetic, I figure the least I could do is not to insult London by pretending that I have anything insightful to say. In fact, the only tribute I could pay is to say this… Regardless of the experience I had, immobile or even if it was well explored, I feel London is the kind of city that will always leave me feeling hungry for more. More to eat, more to see, more to pry out of the maze of bricks and steels, and just when you thought you had it figured out, there it is, another discovery. 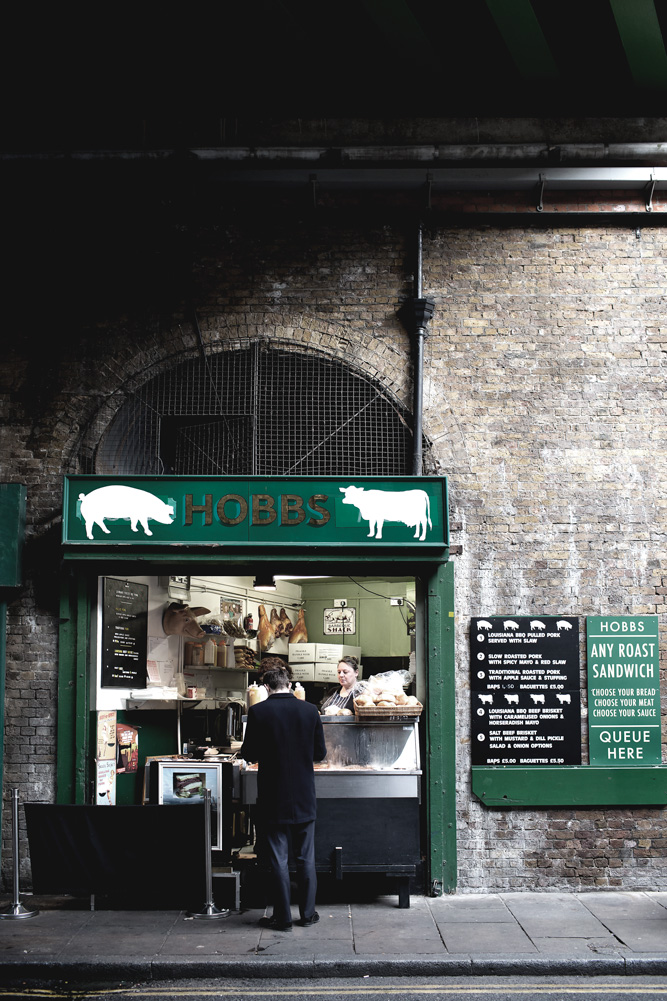 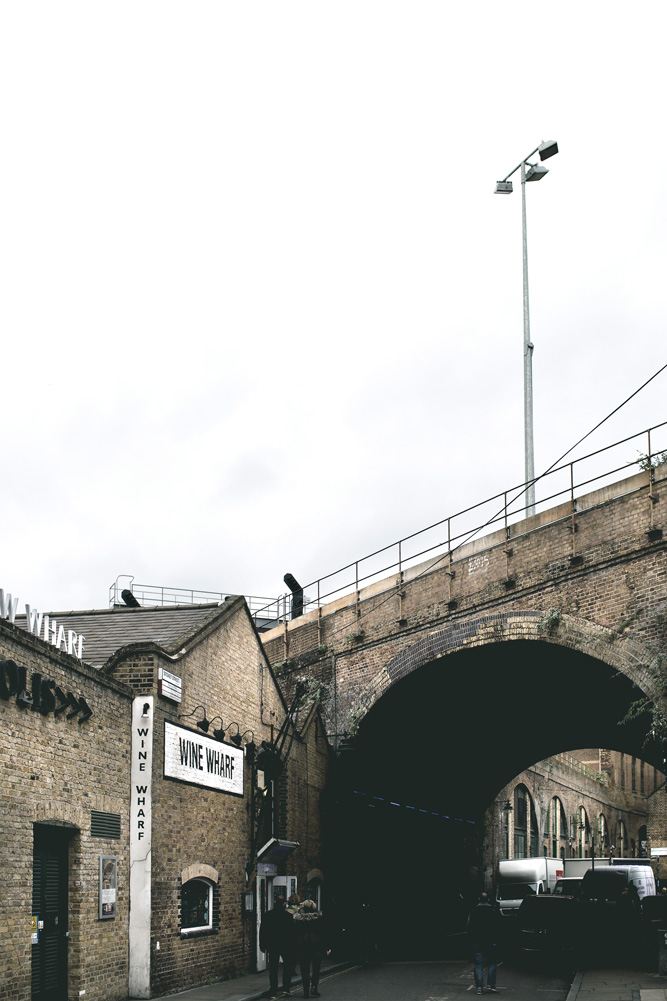 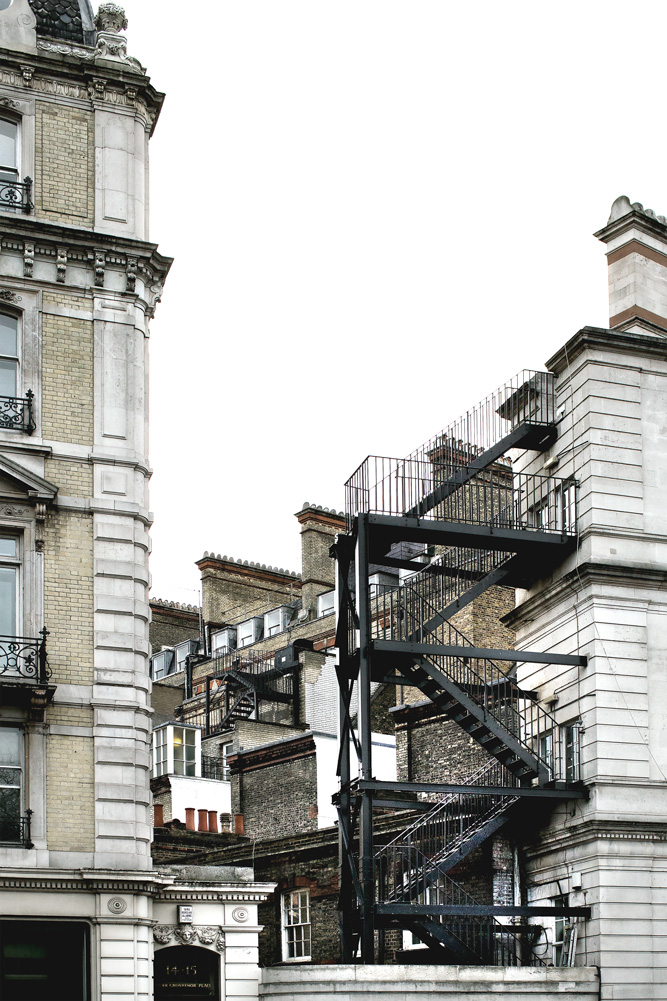 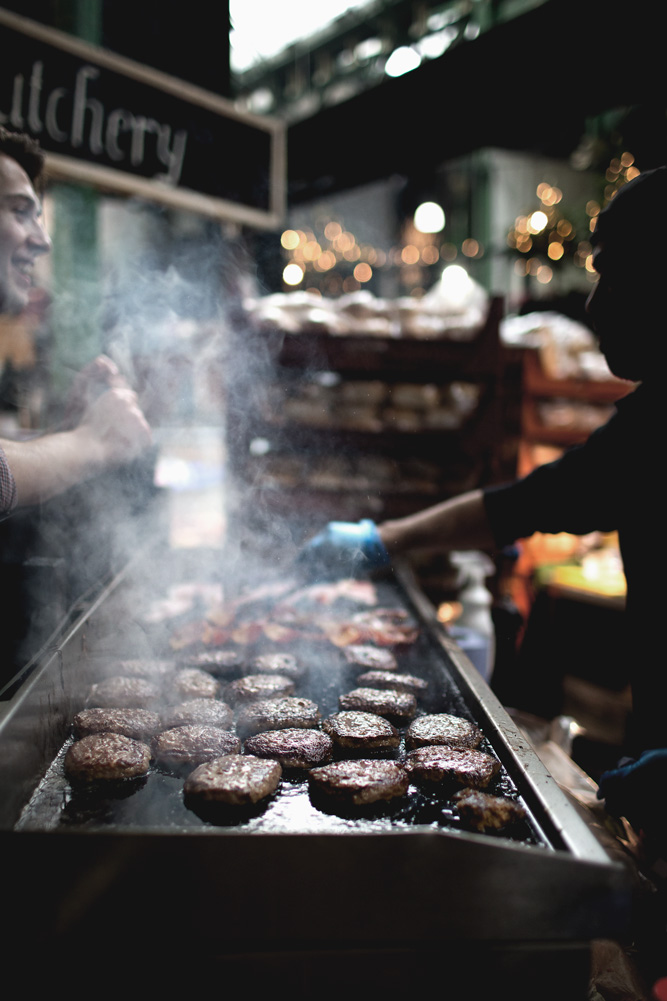 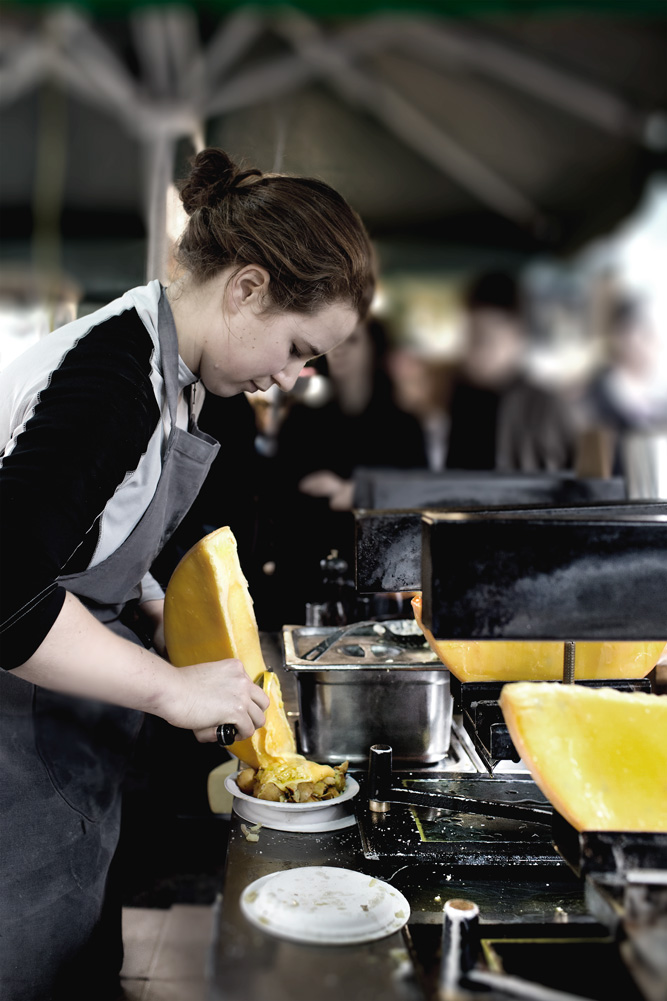 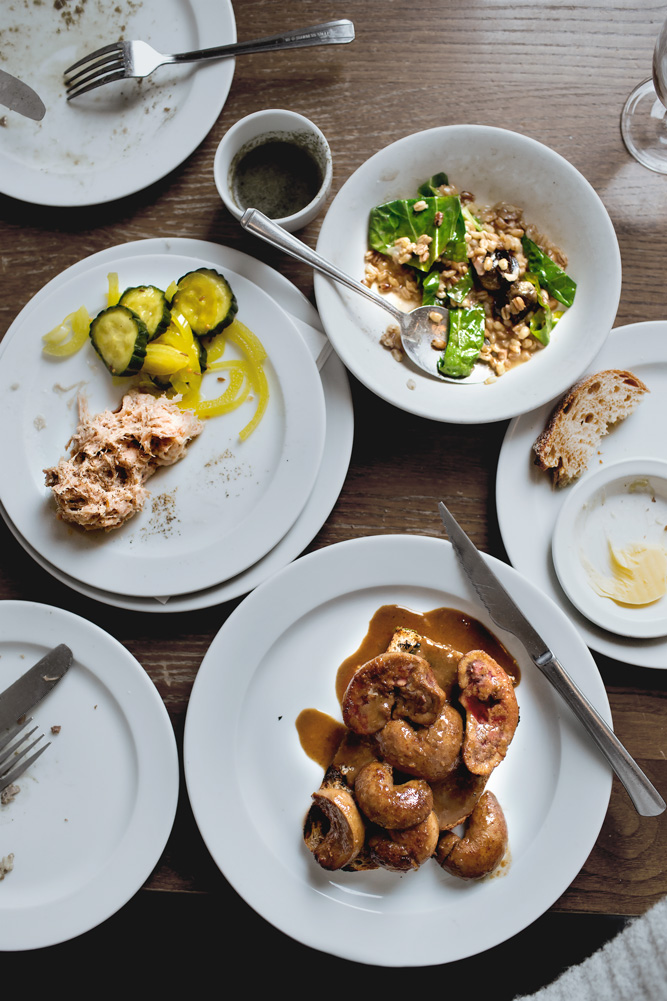 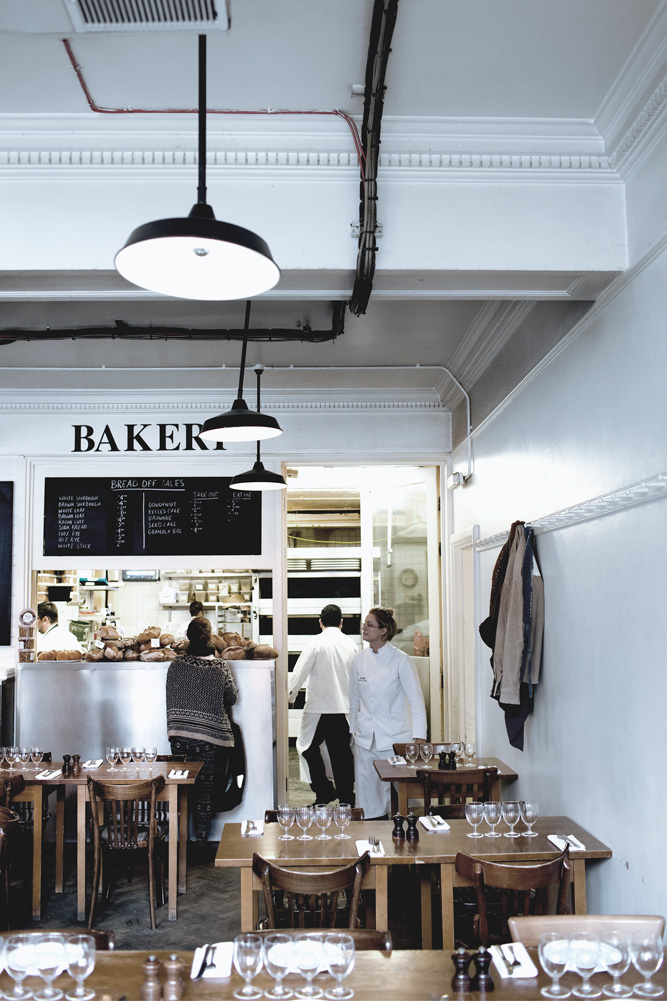 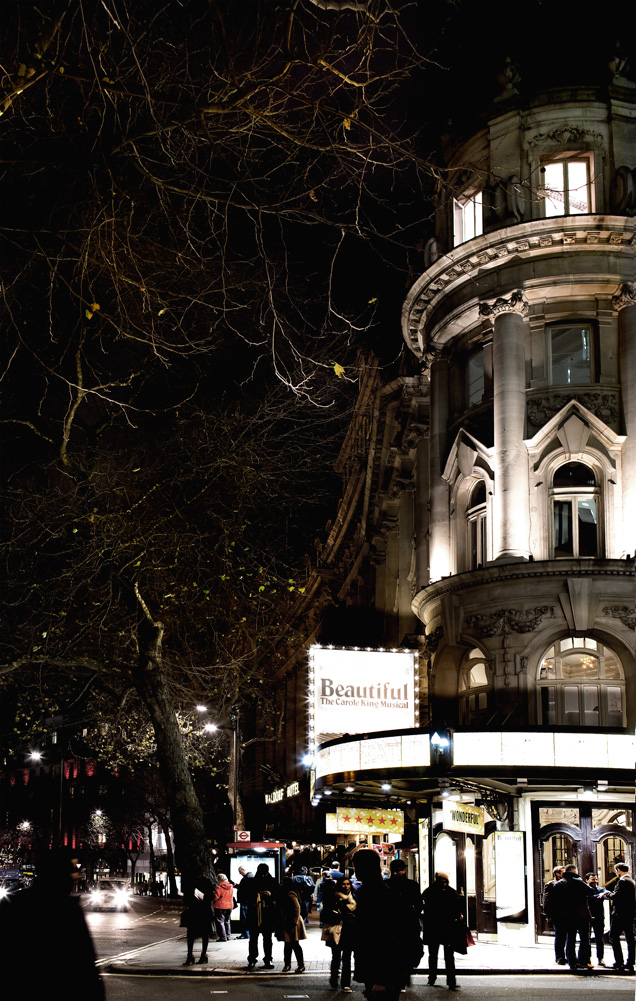 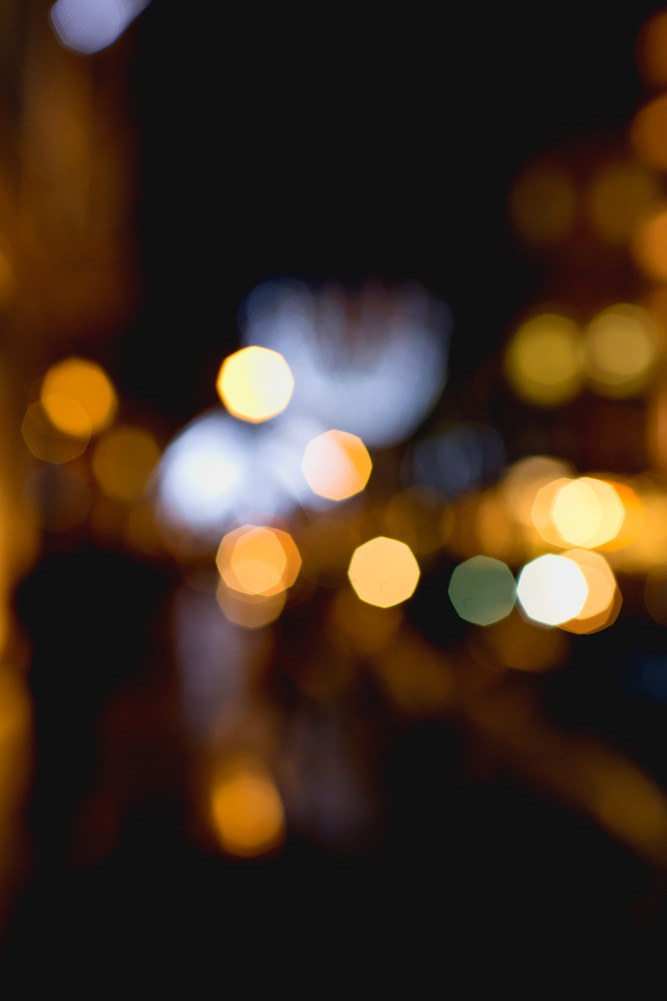 YORKSHIRE PUDDING AND MY SUNDAY ROAST:

After I came back from London, I developed an abnormal obsession about this thing they call – Yorkshire puddings. The idea that there is an air balloon-equivalent of pastry, only that it tastes eggy, crispy and fluffy all at the same time and served along side of roast beef and drenched in gravy… is intriguing to say the least. But my enthusiasm was soon faced with utter failures, one flat and dense “muffins” after the other, even though I followed the recipes quite diligently. I believe it was around the 5th or 6th trial that I finally got it, and even though there are a lot of recipes for Yorkshire puddings out there, I felt like I have to add to it my own notes.

First of all, I found that most recipes share many similarities that are either useless (steps that contribute nothing to the rise of the puddings), or false (oven-temperature is set way too high). Then secondly, what’s worse, is that they generally lack crucial details that actually matters (let the batter bloody rest!). This recipe is my best effort in the hope that you can also enjoy this airy and eggy, crispy and slightly chewy and fluffy delights that are not only easy once you get the hang of it, but so so much better than I actually expected, like where-has-it-been-all-my-life better.

But of course, I can’t just serve Yorkshire puddings with a gloat of success, can I? Here is my version of a “Sunday roast”, with coffee and peppercorn-encrusted short-ribs that are slow-roasted until sticky and transcendent, with curried gravy made from the drippings and juices and blended with yogurt. It’s an aromatic, rich and unapologetic feast of proteins and sauce-drenched pastries, with the occasional heads-up from the sharp and tangy, mint and cilantro salad. 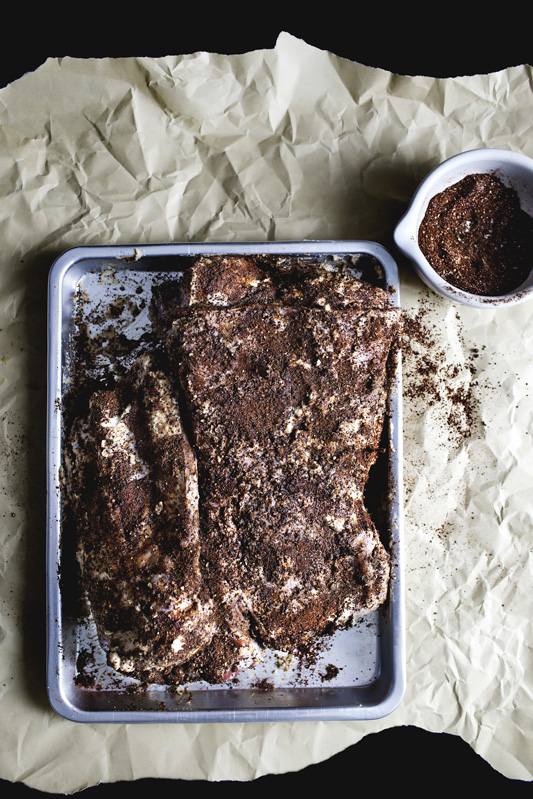 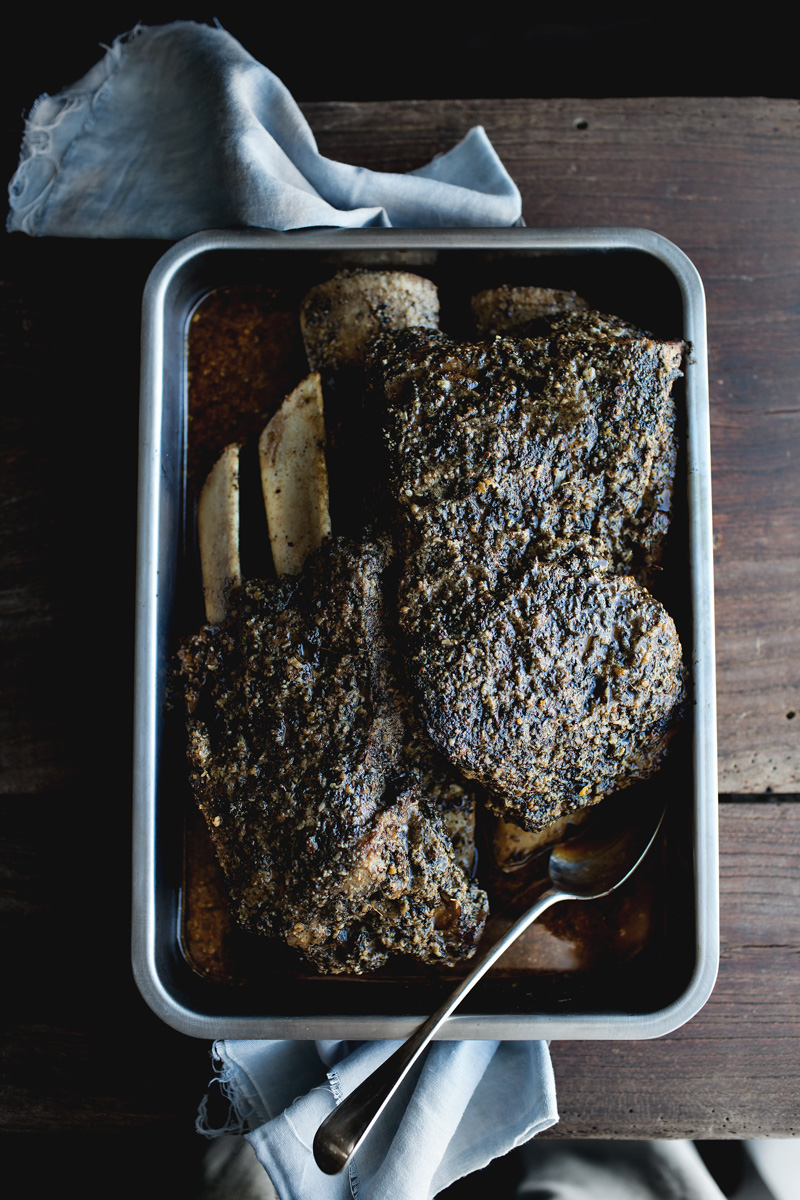 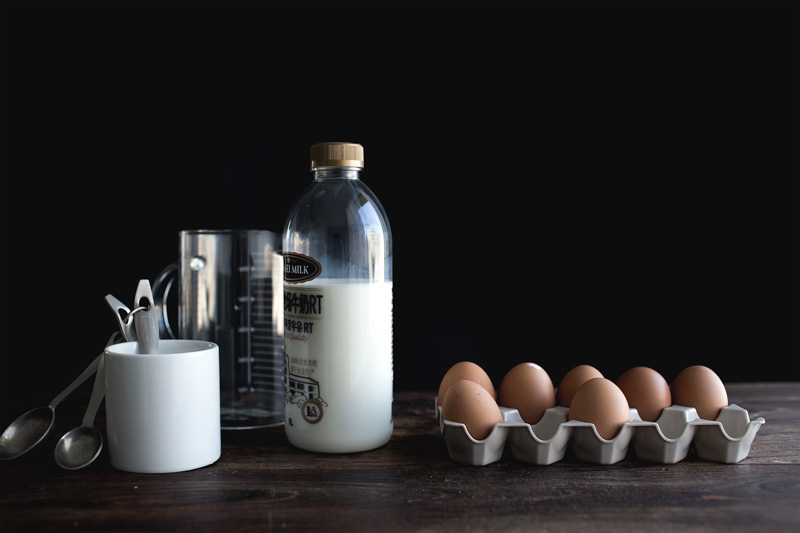 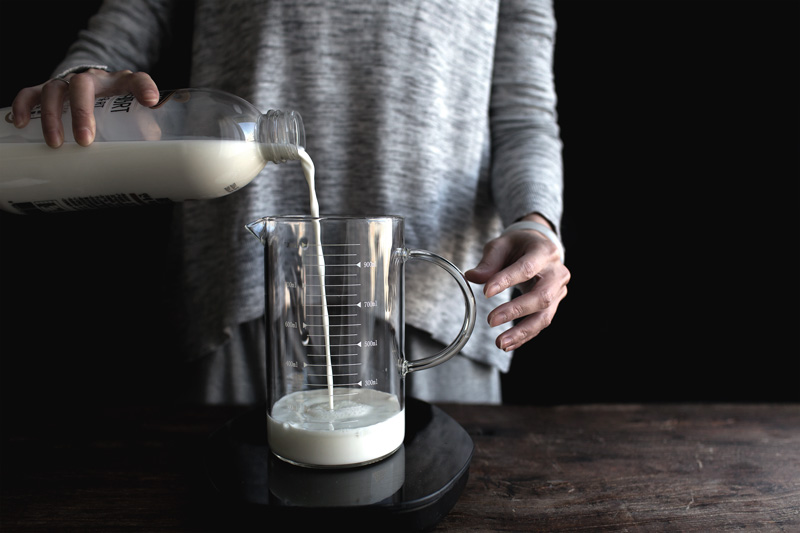 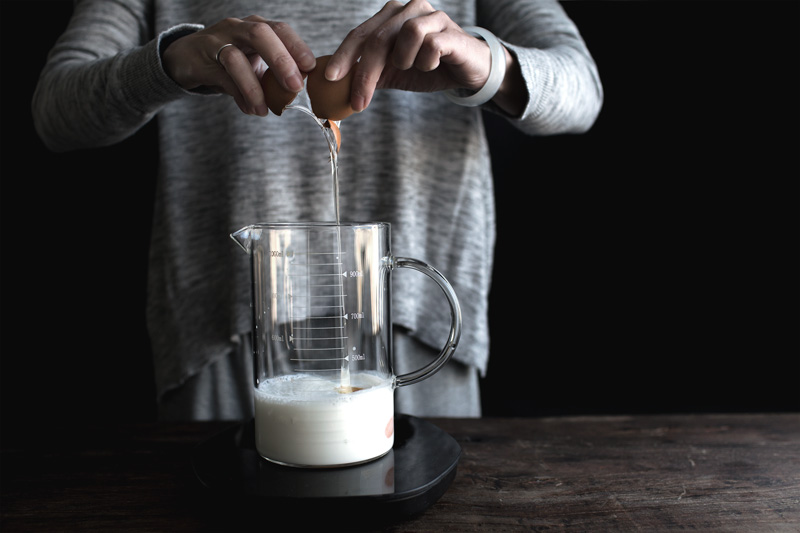 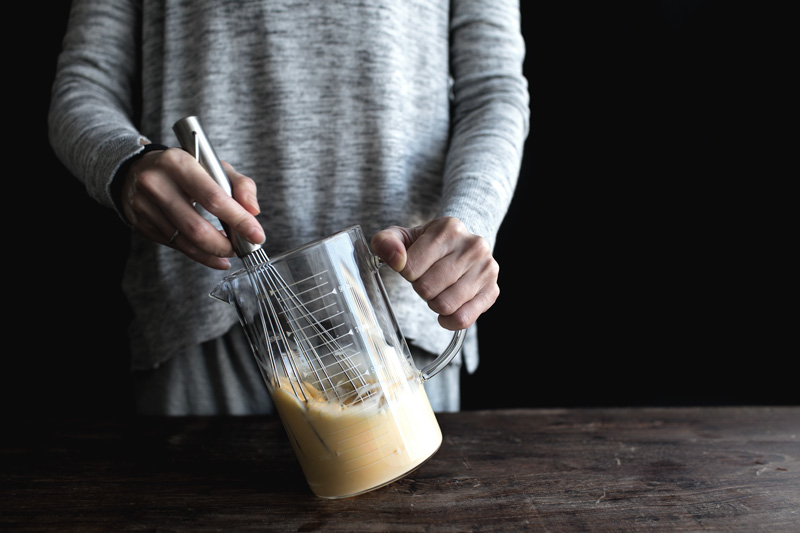 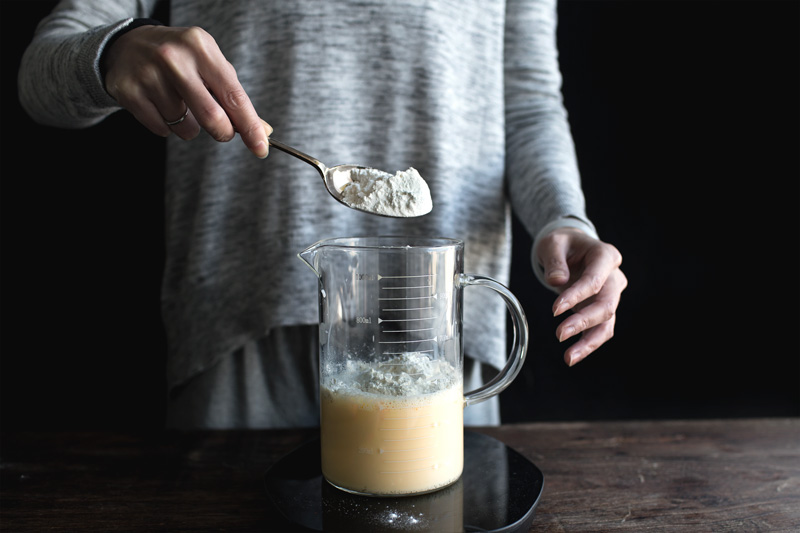 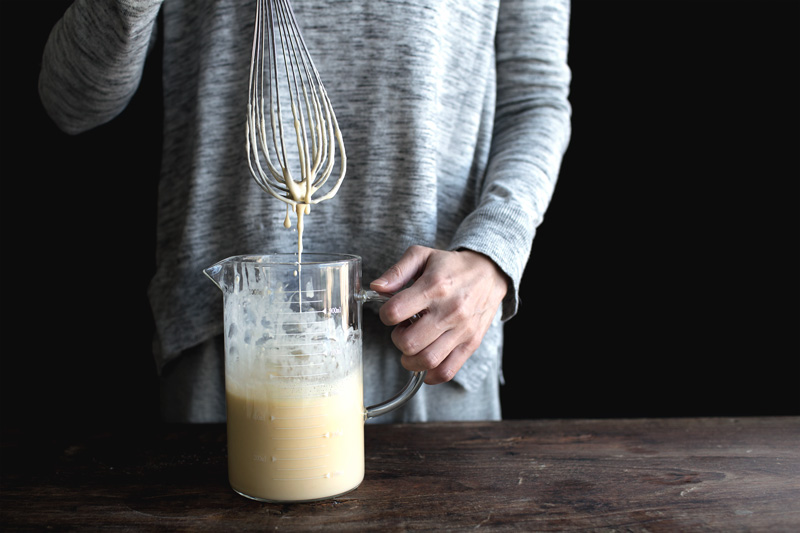 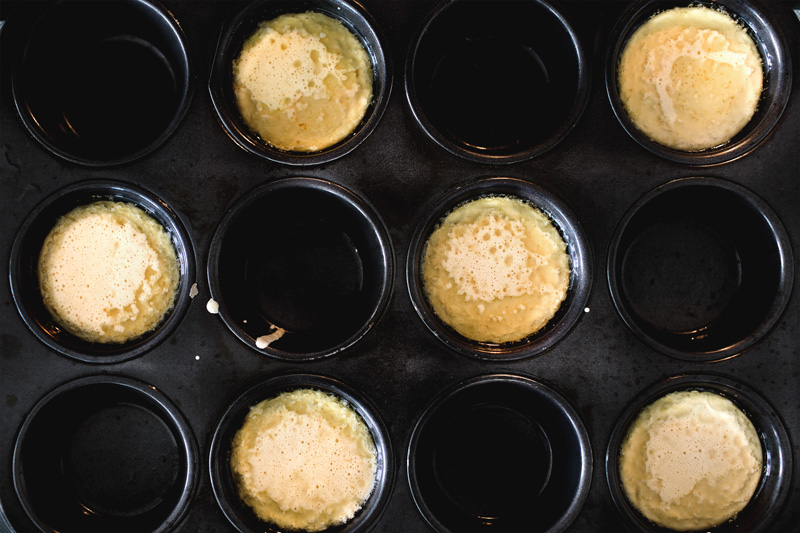 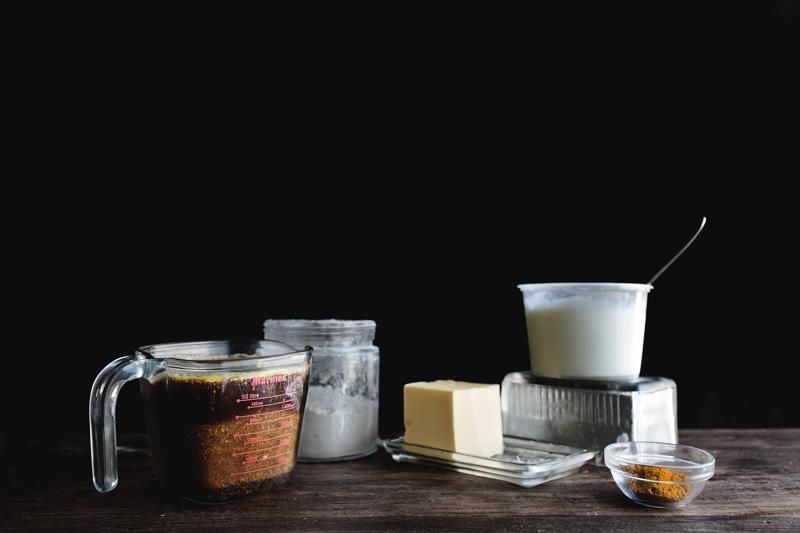 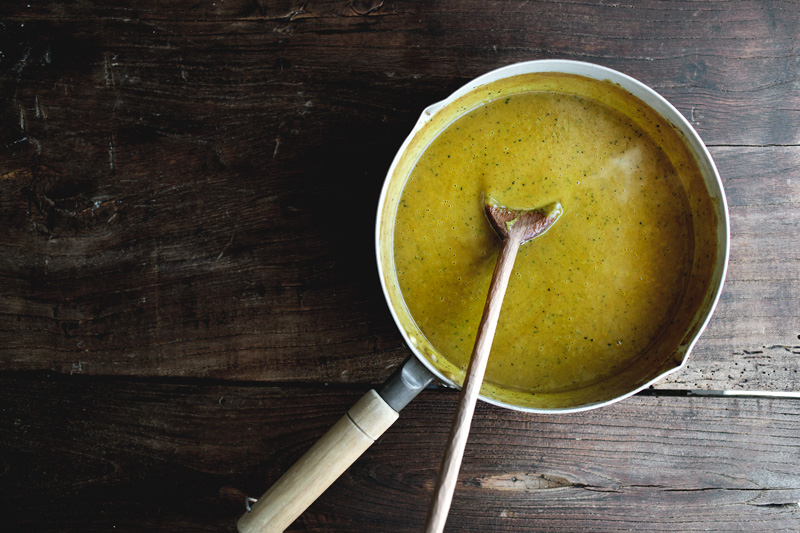 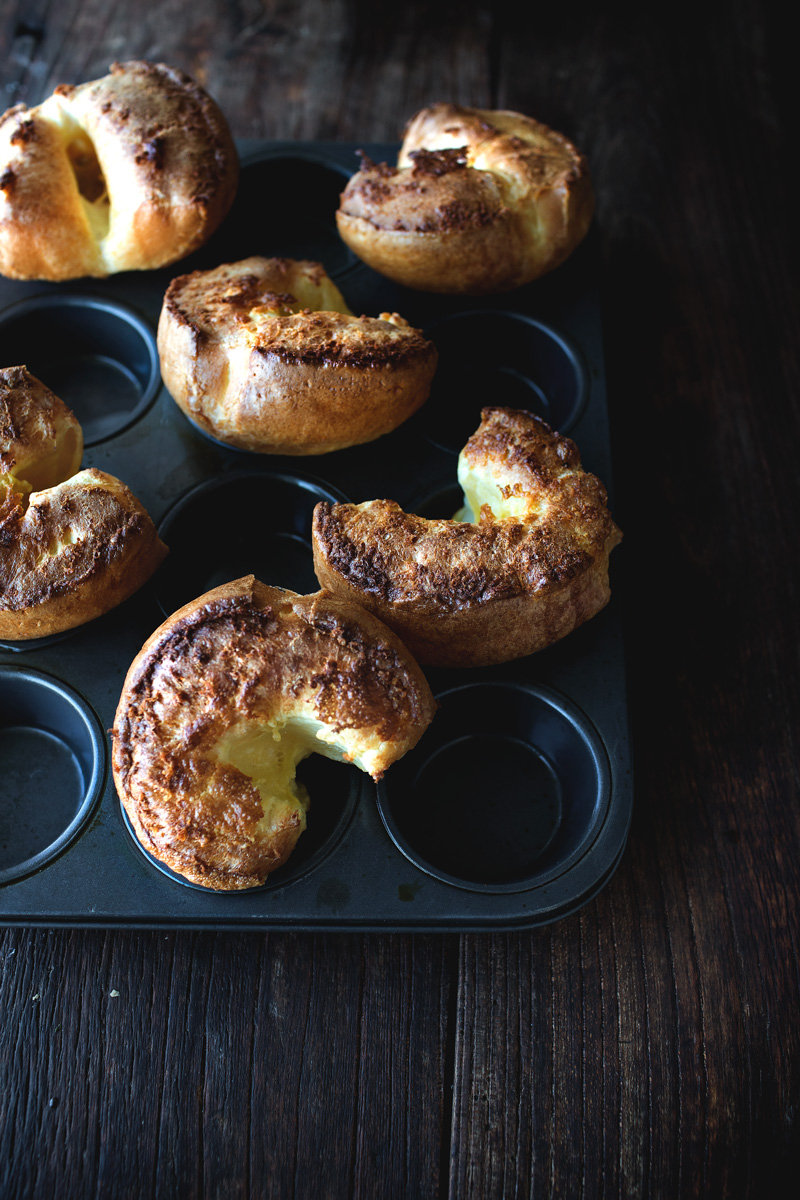 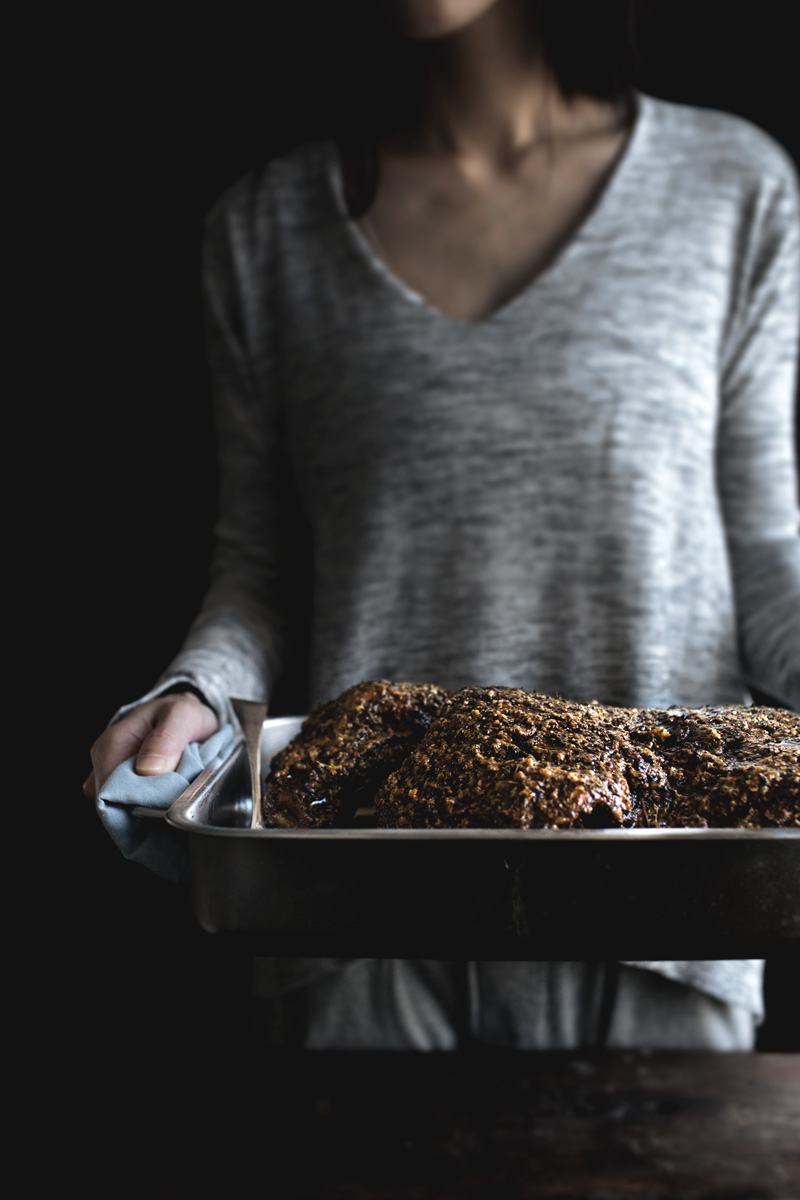 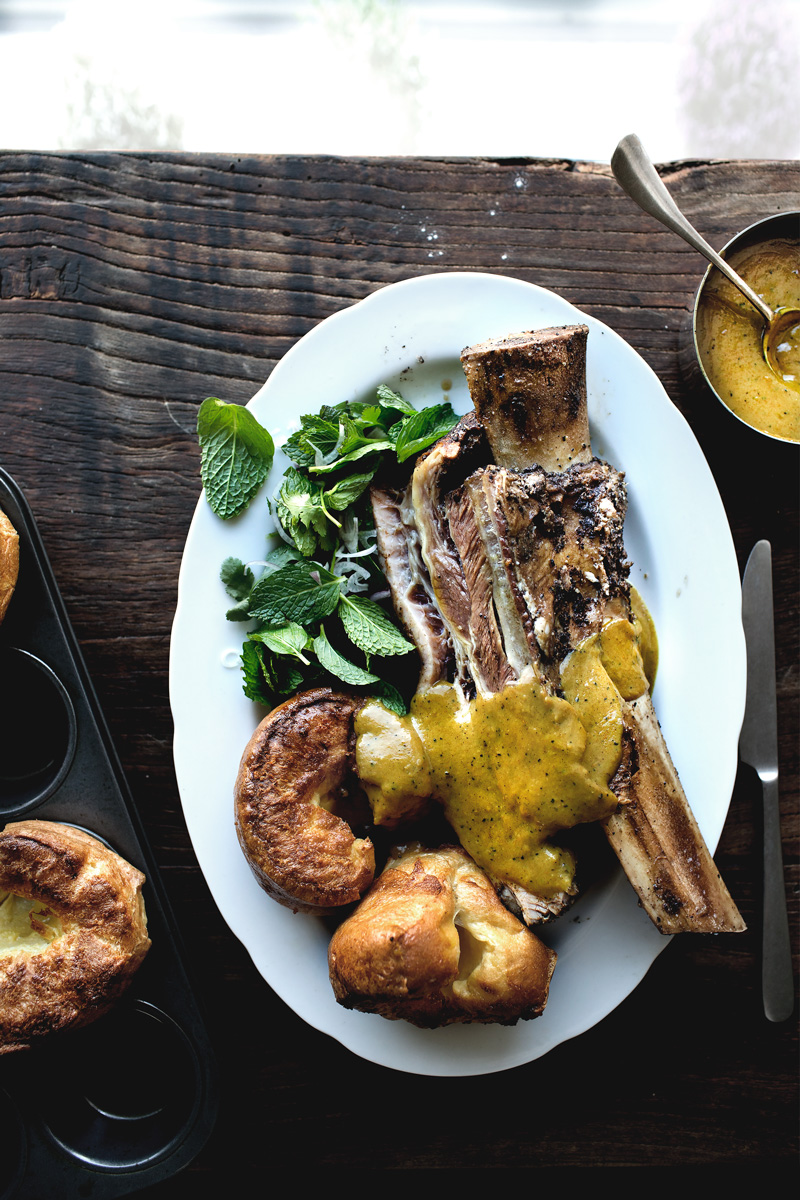 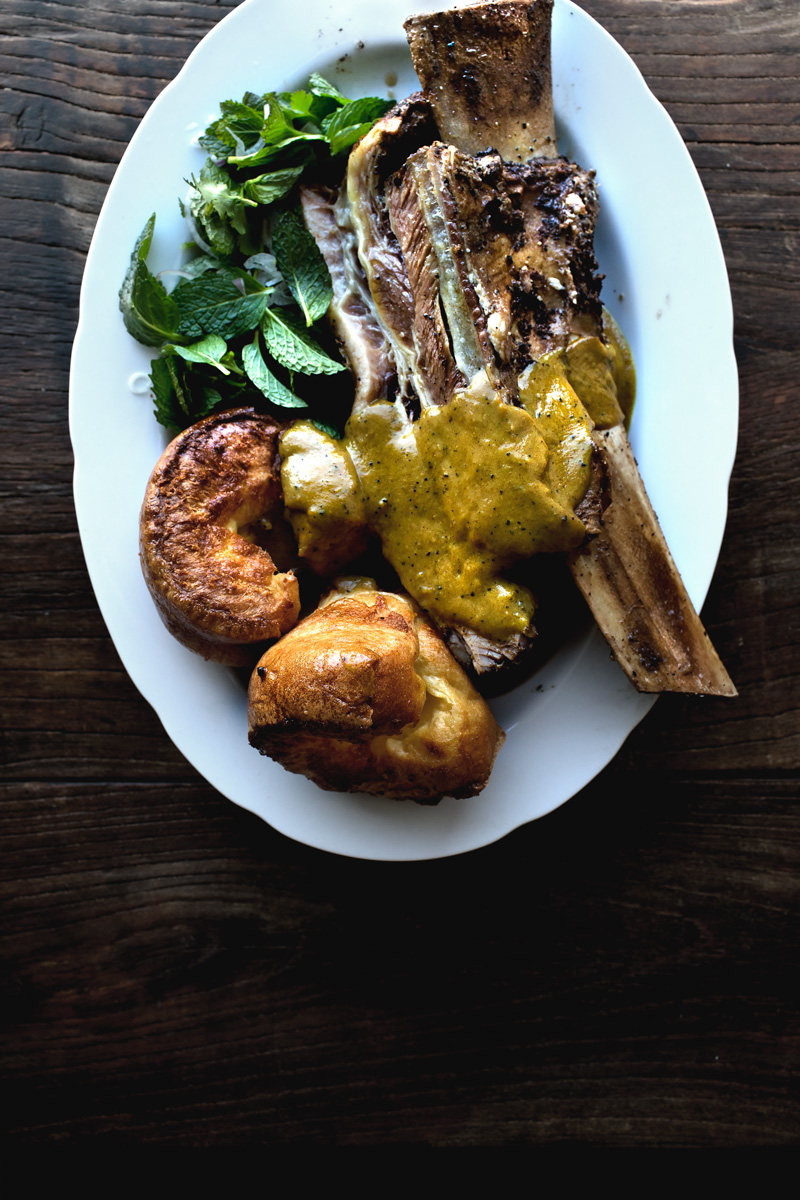 SALMON POKE-D YOU. YOU SHOULD POKE BACK
SUNDAY SUPPERS' RYE BREAD
DEVILS ON HORSEBACK ICE CREAM