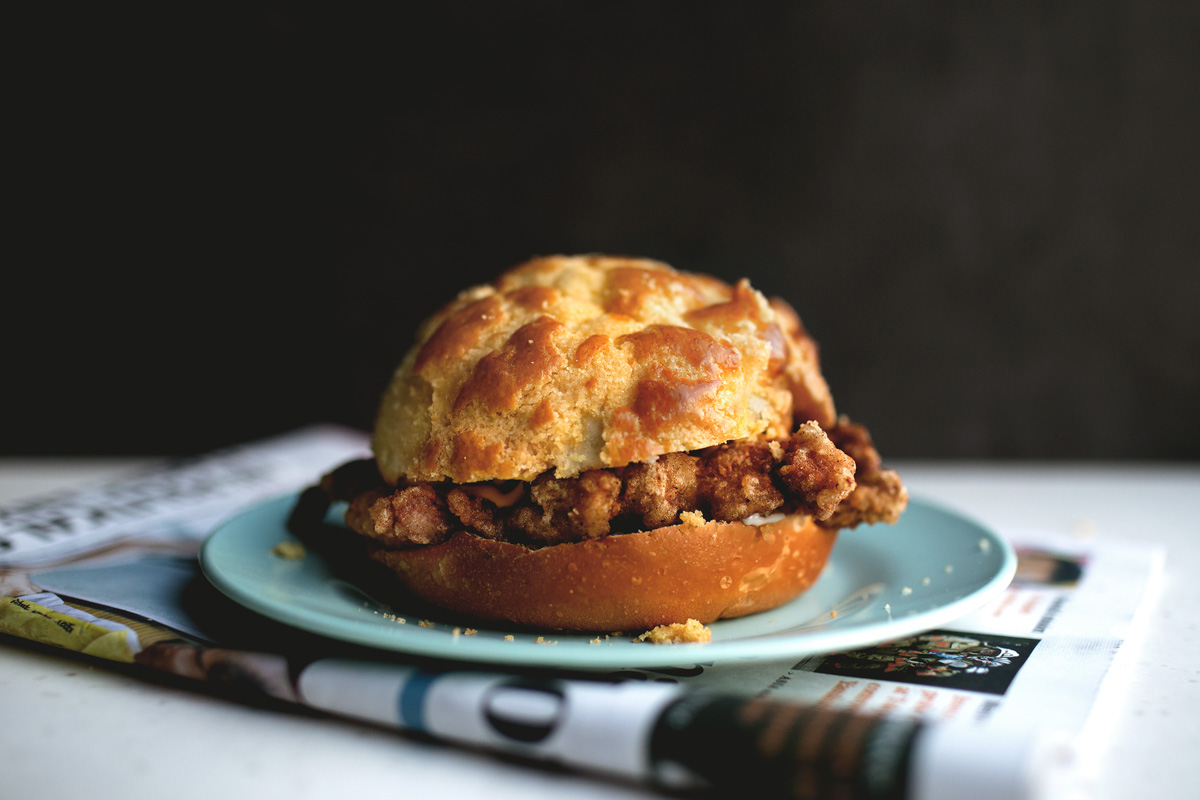 BUT IT MIRACULOUSLY IS.

History had it, that whenever two polar opposite cultures are smashed together, often under reluctant or even violent circumstances, despite hardships and losses, something mutated but beautiful eventually comes out at the other end.  That something, is usually food.

No doubt that America has its unspeakable history from the time of slavery, but what was left from its ugliness, was the unapologetic creole and cajun.  Taiwan’s predominantly Fujian and kejia culture (derived from China’s southern coast) adjusted to 50 years of Japanese rule by nurturing an uniquely categorized cuisine all of its own, which, some say, may be the last-standing pride of this politically fading island.  So on… what unfortunate events gave us the Vietnamese coffee, and so forth… what conflict left us the baba-nyonya?  Food, among sadness and realities, always knows how to find its own humble delights.  Food, is always optimistic.

And right now, standing in Hong Kong where such experiences were no stranger, I’m holding in my hand, a  glorious testament of such history.  A legacy from Portuguese’s colonial time in Macao, the pork chop pineapple bun.

Macao’s pork chop bun compared to Portuguese’s bifana, obviously, is another life.  It uses bone-in pork chops instead of cutlets, reflecting Asian’s general preference for flavour over convenience.  On top of which, it deploys soy sauce as part of the seasonings, and baking soda, a typical and effecient meat-tenderizing agent in Cantonese cooking.  But perhaps the most controversial act of it all is that, in one version, it stuffs the shallow-fried pork chop, without a blinking of an eye, in between an iconic pastry of this particular region.  The pineapple buns.

It can’t be right.  It shouldn’t be right.  But in between the crispy and salty edges of a well-seasoned and juicy bone-in pork chop, and the sweet and crumbly crust of a buttery pineapple bun, it miraculously is.  To be honest, I don’t even know why I doubted it in the first place.  Salty and sweet.  A proven equation that works.  Really, give it a chance.  No matter how unseemly and conflicting the idea may sound, like the clashing of the cultures that nurtured it, pork chop pineapple bun is a tasty mutation that made the best of it all.

And don’t forget to serve it with Hong Kong-style English milk tea. 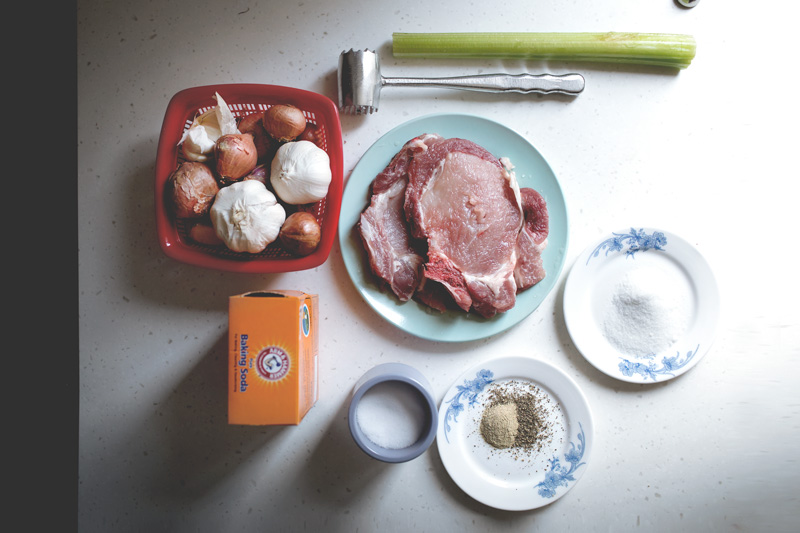 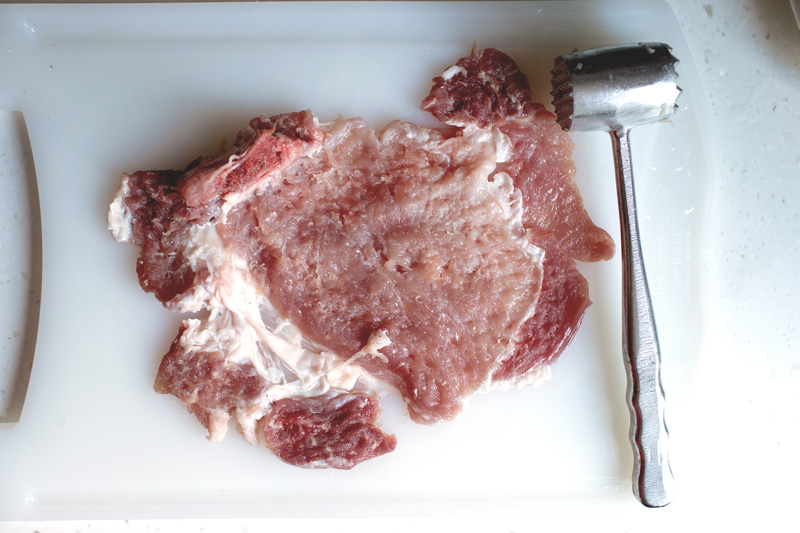 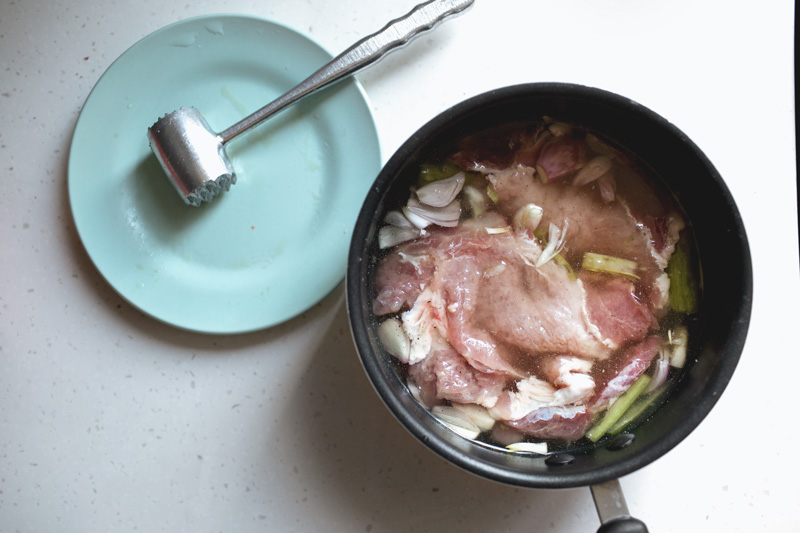 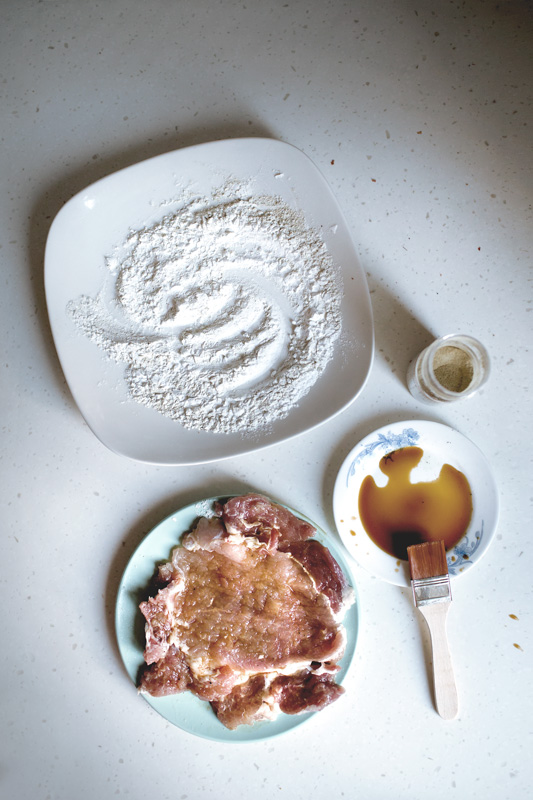 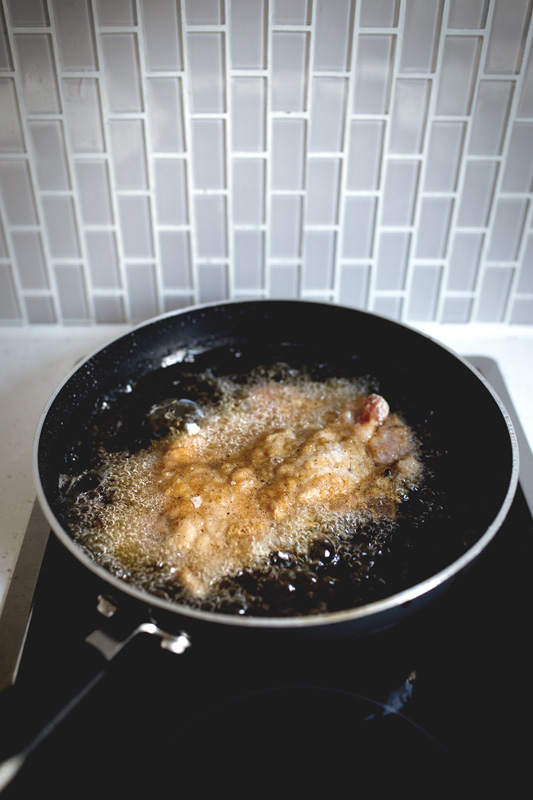 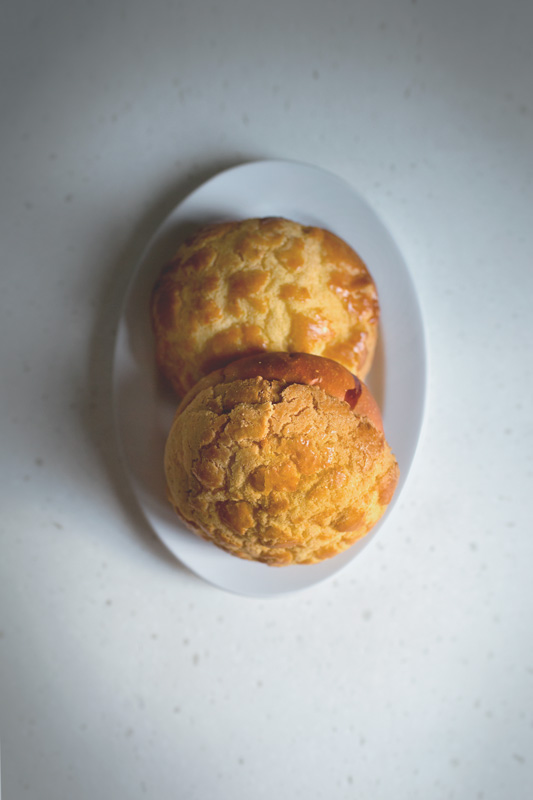 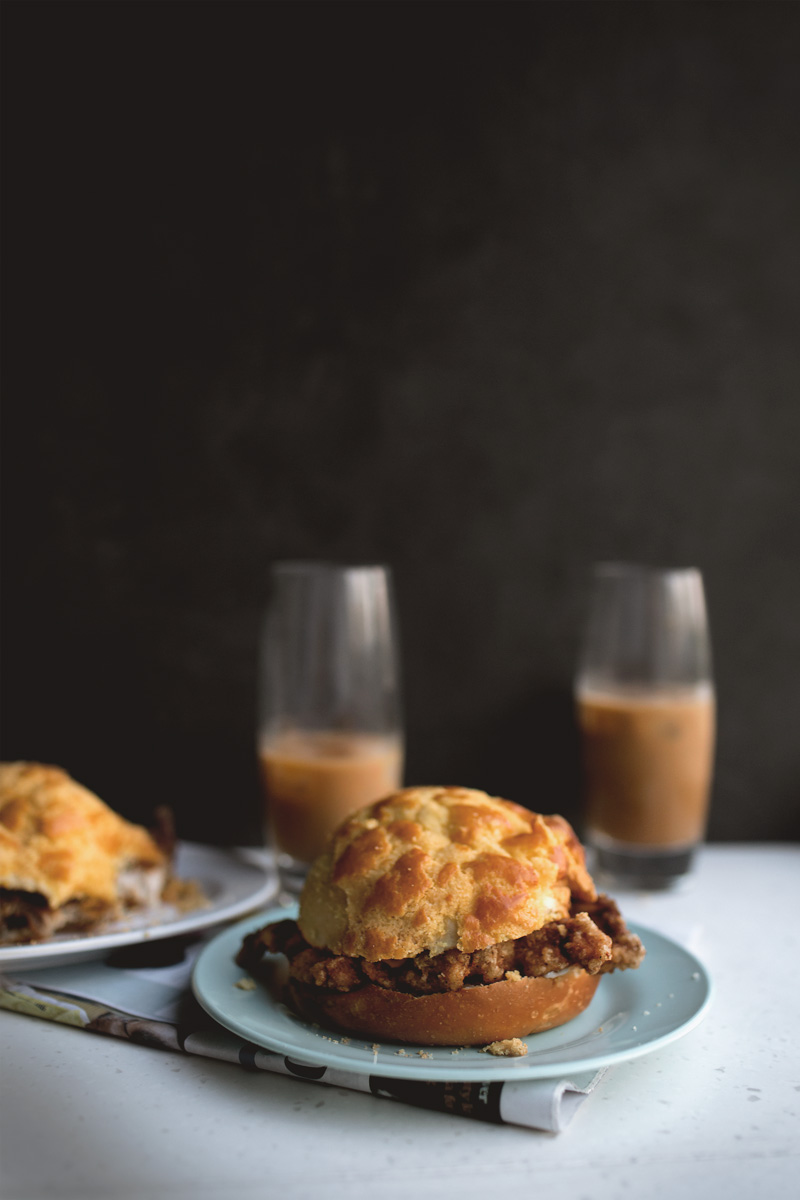 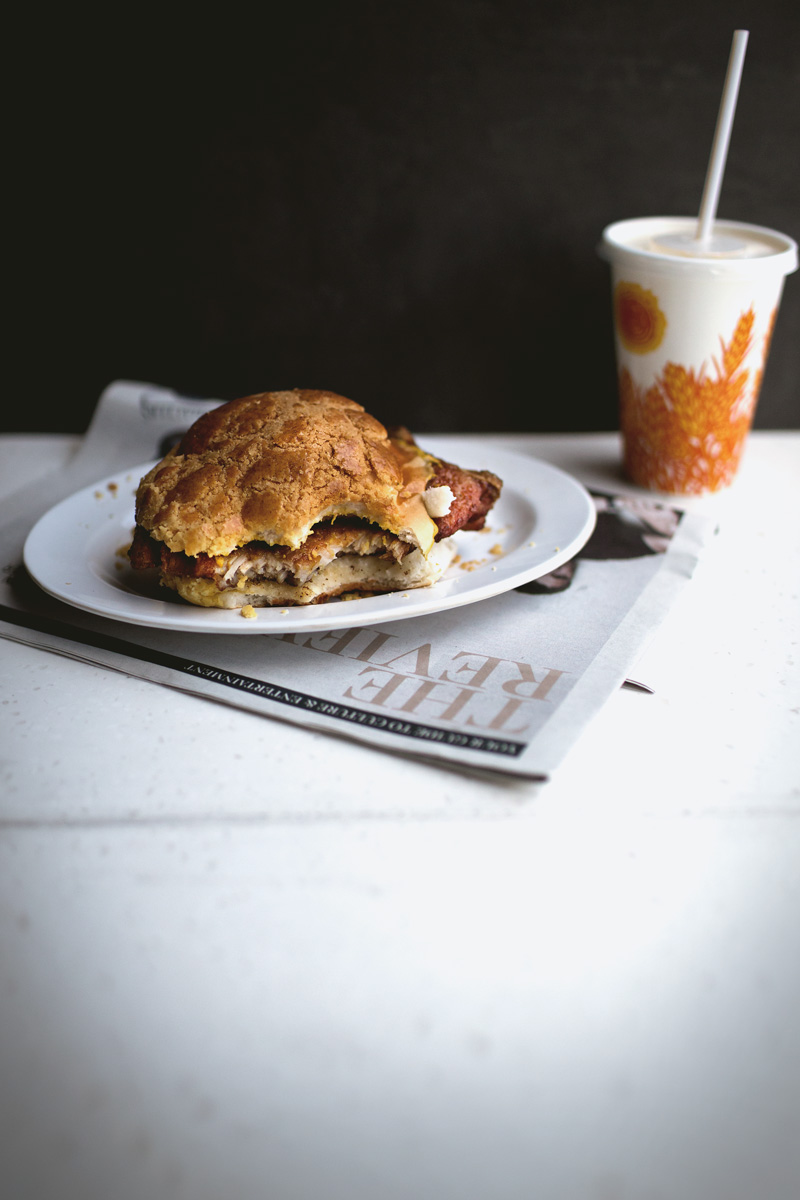 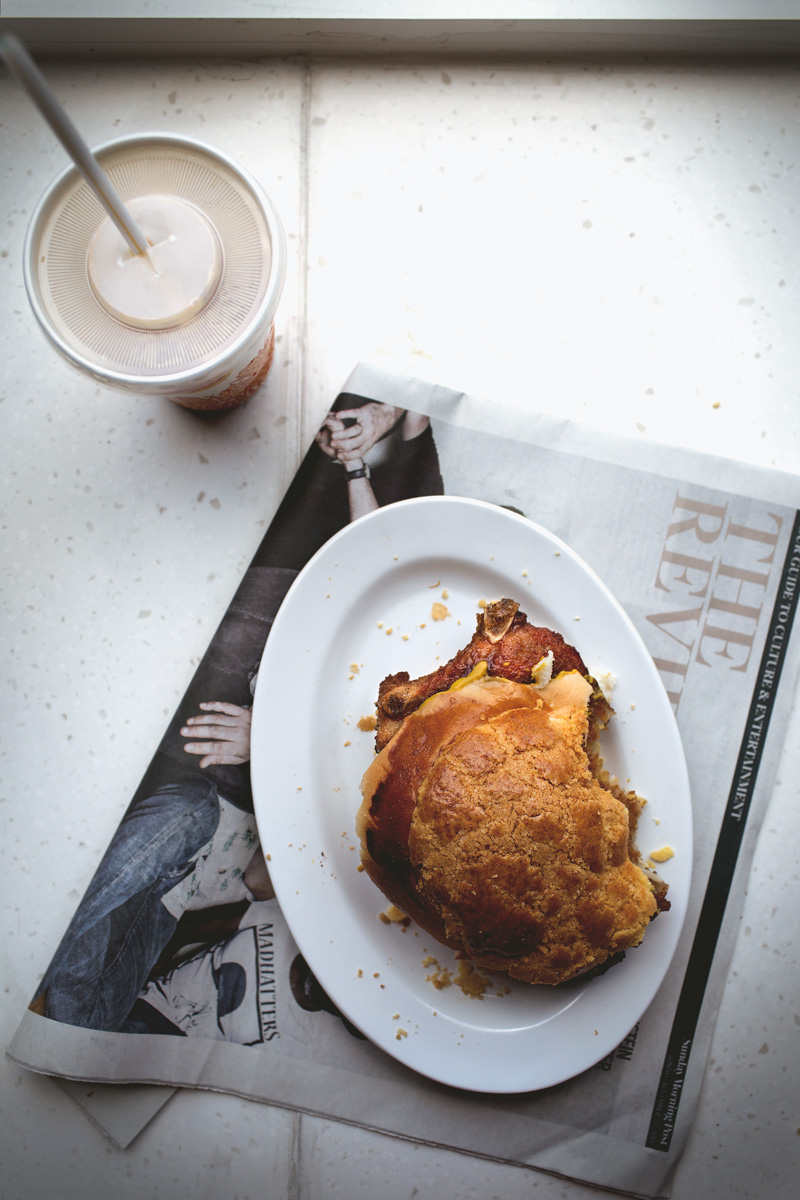