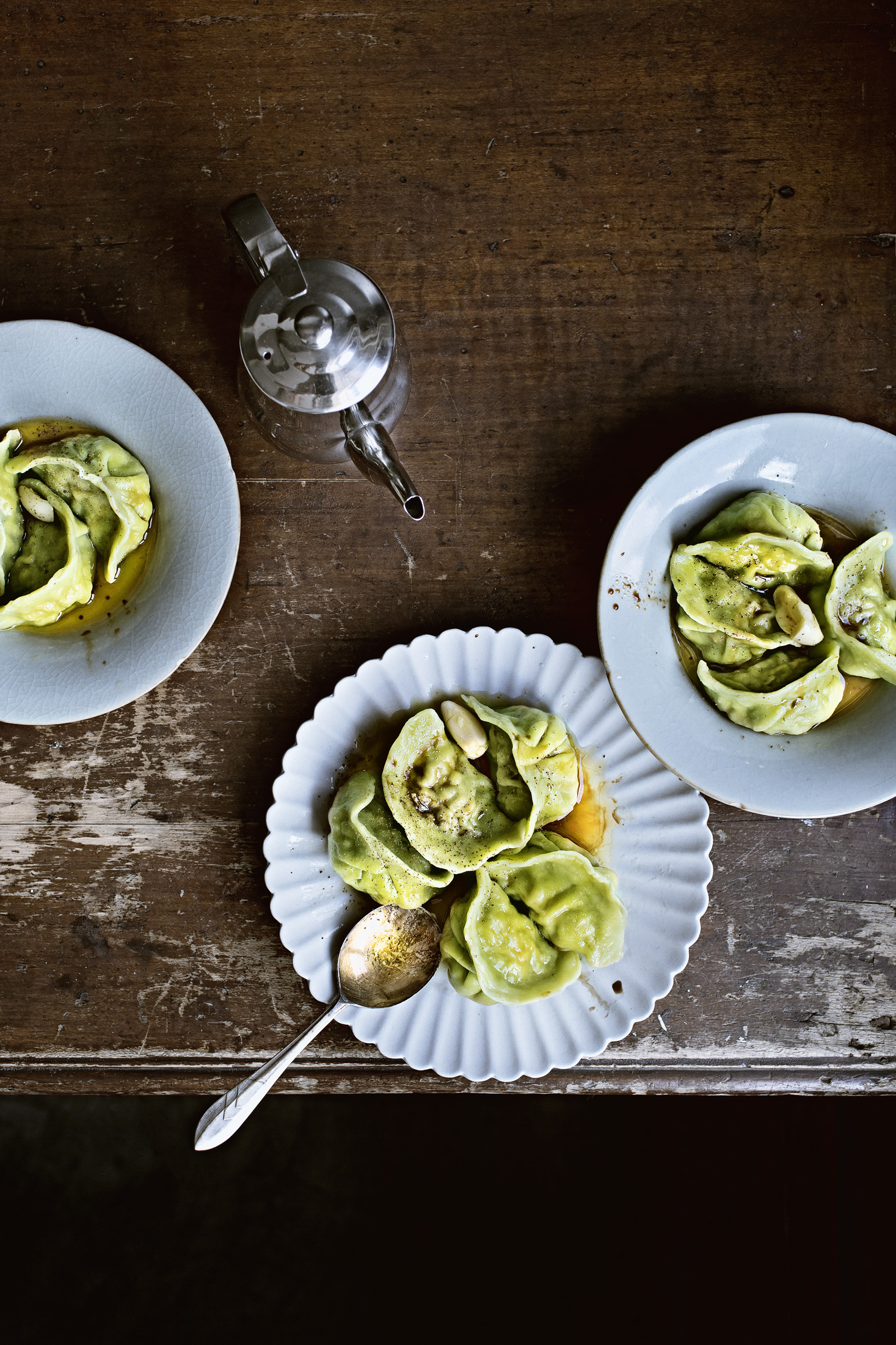 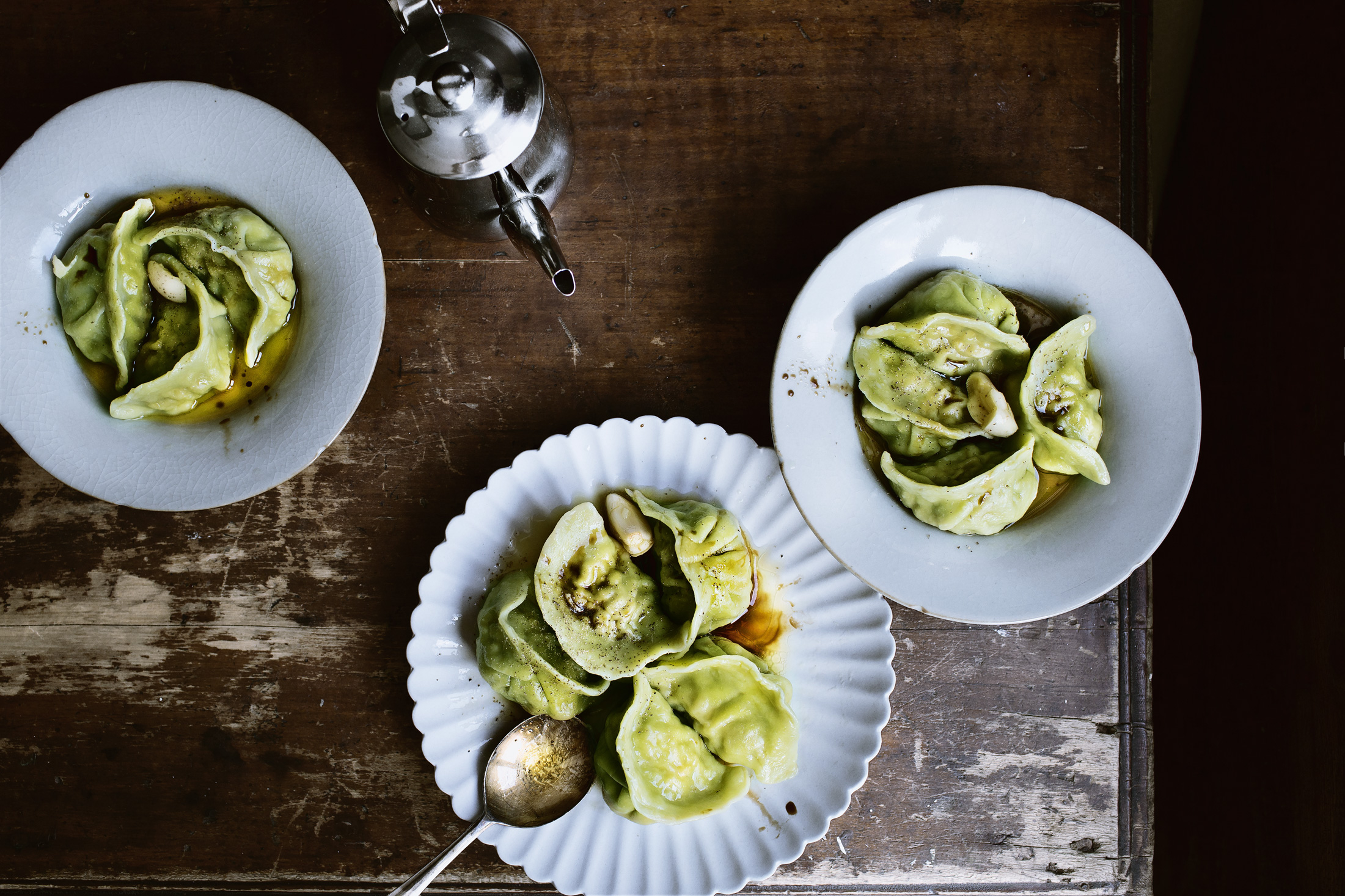 ONE DOES NOT TELL YOU THAT WHEN PICKLED JALAPENO AND CHEDDAR CHEESE ARE IN THE COMPANY OF GROUND PORK, DELIVERED IN CAPSULE-FORM, THEN FURTHER DIPPED INTO A REDUCTION OF ITS OWN PICKLING JUICE, THE COMBO CAN BE BORN ANEW.

My speculation into a jalapeño popper dumpling began many years ago.  It was first brought into light by a specimen from my brother-in-law, who gave us two dozens of online-ordered frozen dumplings which, I was told, had become somewhat of a local internet sensation at the time.  The entire makeup of the dumpling was very well-balanced, a perfect ratio between silky and chewy wrapper, not too thin, not too thick, and a fully-housed filling of pork, chopped Taiwanese-style peeled and pickled chili, cilantro, plus some other secret stuffs that I couldn’t quite put my finger on.  It was unexpected, well-flavored, totally legit.

I have since then, for a handful of times, attempted to replicate that particular dumpling outside of Taiwan where Taiwanese-style peeled and pickled chili aren’t always a common item, and had found such task to be extremely impractical at best.  First of all, Taiwanese-style peeled and pickled chilis are, even when available, highly inconsistent in quality between various brands, ranging from awesomely crunchy and peppery with a tinge of sweetness, to barbarically over-sweetened, flaccid and tasteless.  Then what complicated the matter even further was that every attempts to replace it with another type of pickled chilis, had resulted in a flavor profile that was completely unrecognizable.  In some work, documentary for example, there are certain values in writing recipes involving ingredients that are highly specific and exclusive, necessary even.  This, I decided, isn’t one of’em.

I decided that the idea of a dumpling involving a delicious pickled chili, one that is available and reliable nonetheless, could only be realized from a perspective ungoverned by its original inspiration.  Which brings us to, jalapeño popper dumpling.

I made a jadeite-green wrappers colored by green scallion puree, sturdy yet soft, smooth yet chewy, a proper capsule for a filling that is fully specked with spicy and peppery chopped pickled jalapeño and cubes of sharp cheddar cheese, each occupying tiny gooey pockets throughout a fatty pork filling that is brightened with fresh cilantro.  The compatibility between pickled jalapeño and cheddar cheese requires no dispute, but one does not tell you that when they’re in the company of ground pork, delivered in capsule-form, then further dipped into a spicy, briny and tangy reduction of its own pickling juice, this classic combo can be born anew.

Sometimes the destination isn’t where the starting point had intended.  And often times that pisses me off.  In this case, I am not. 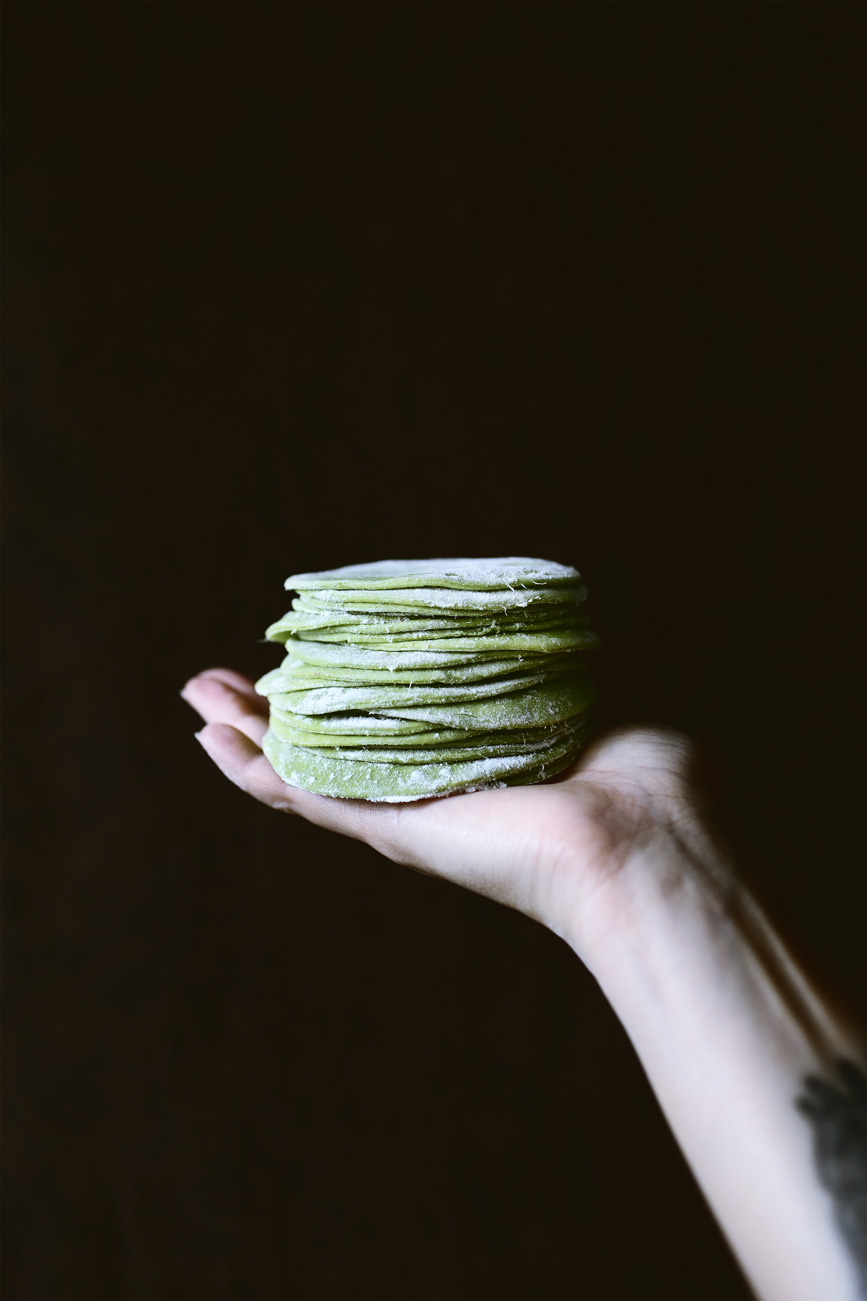 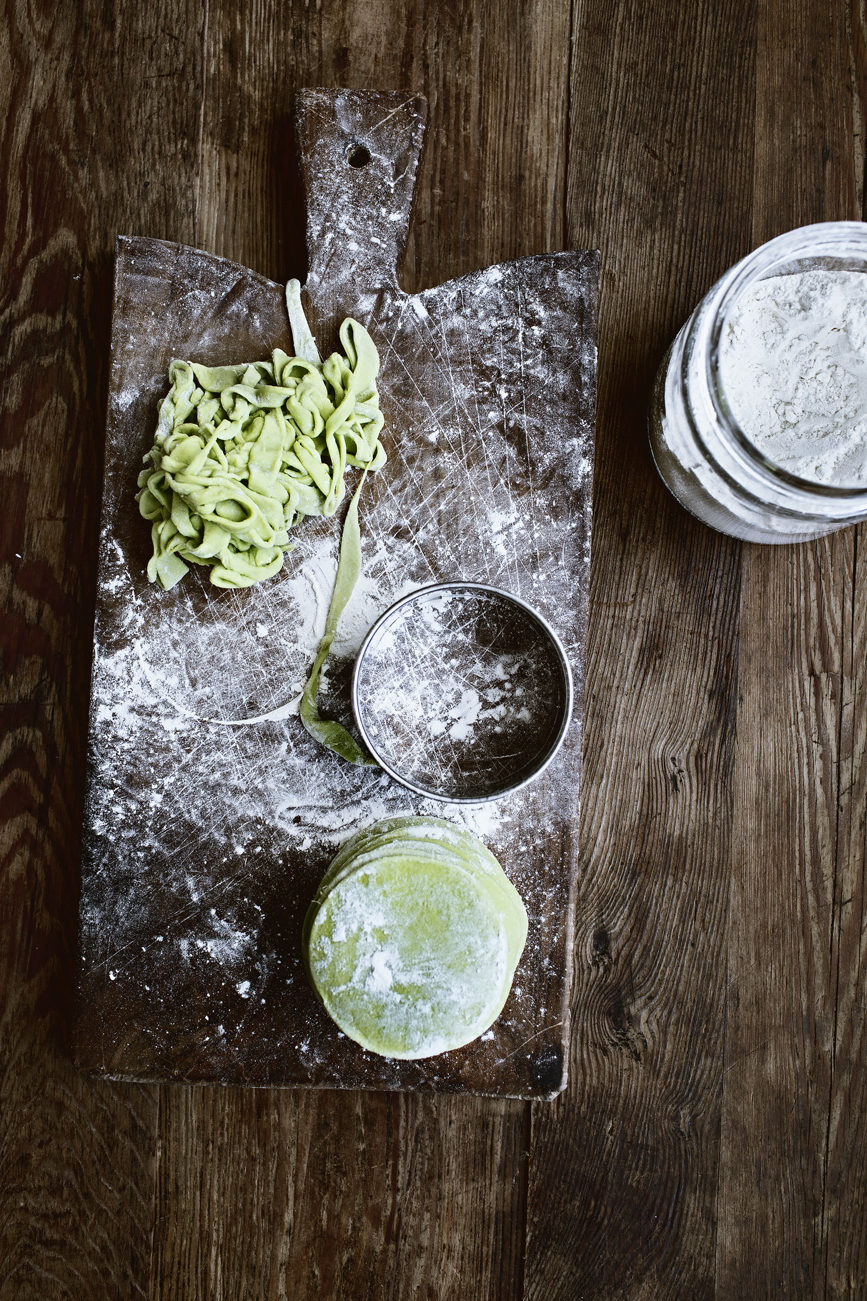 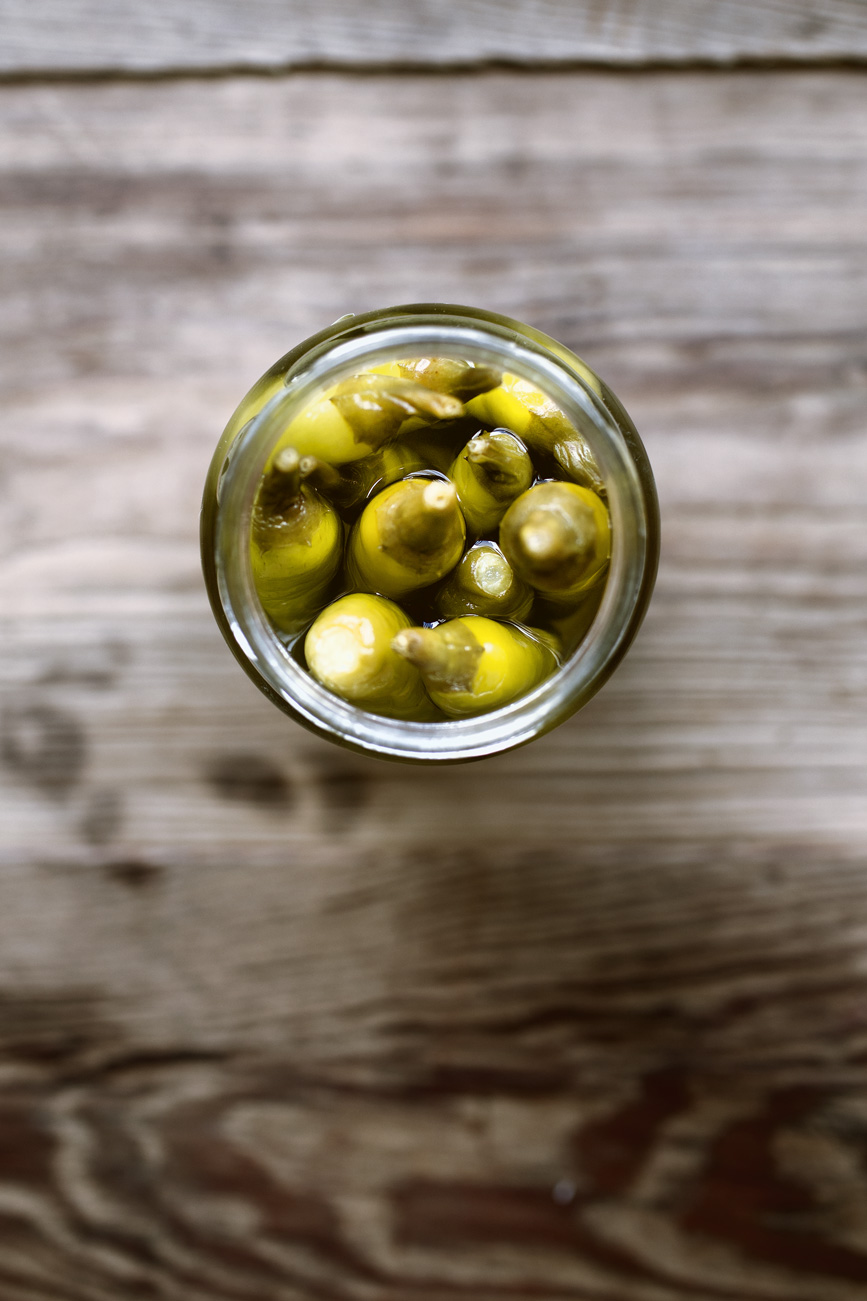 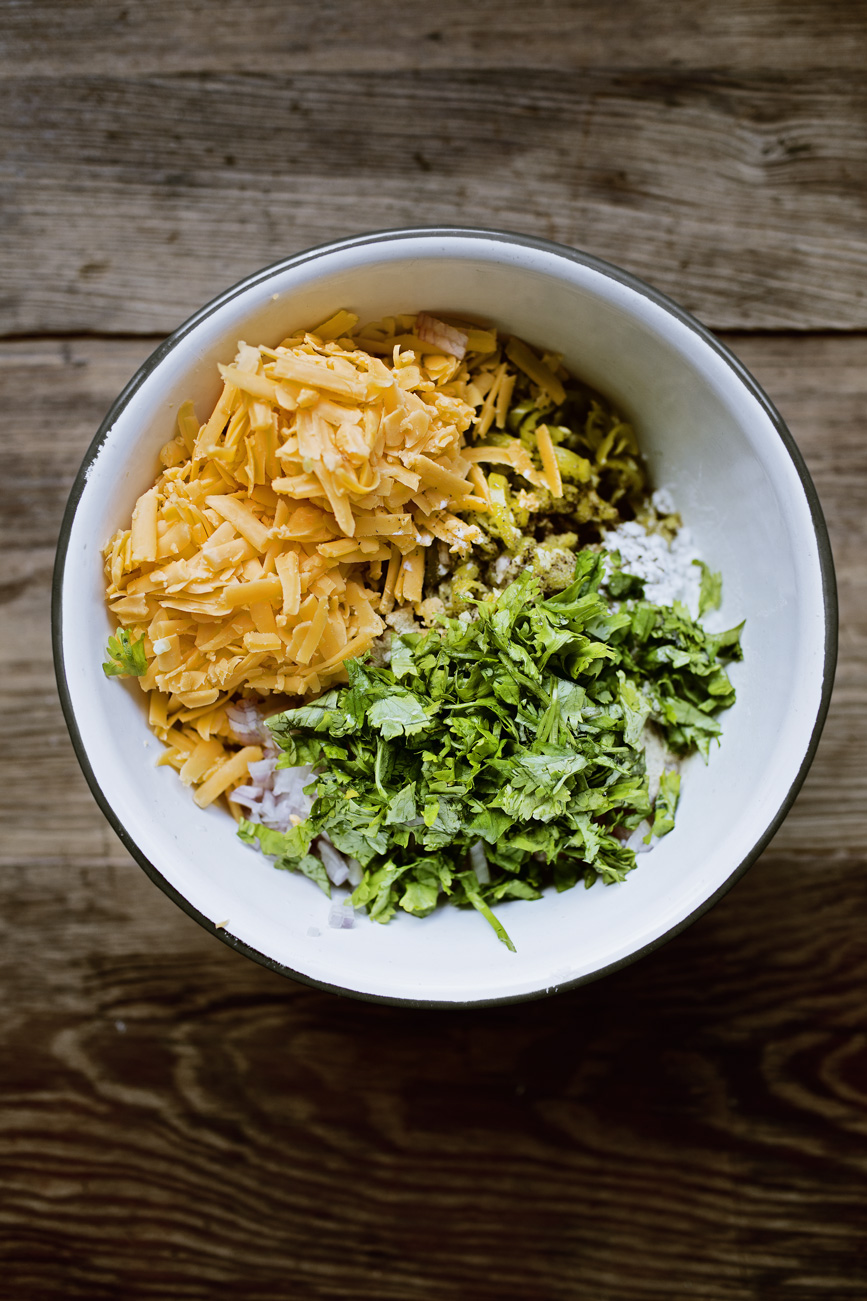 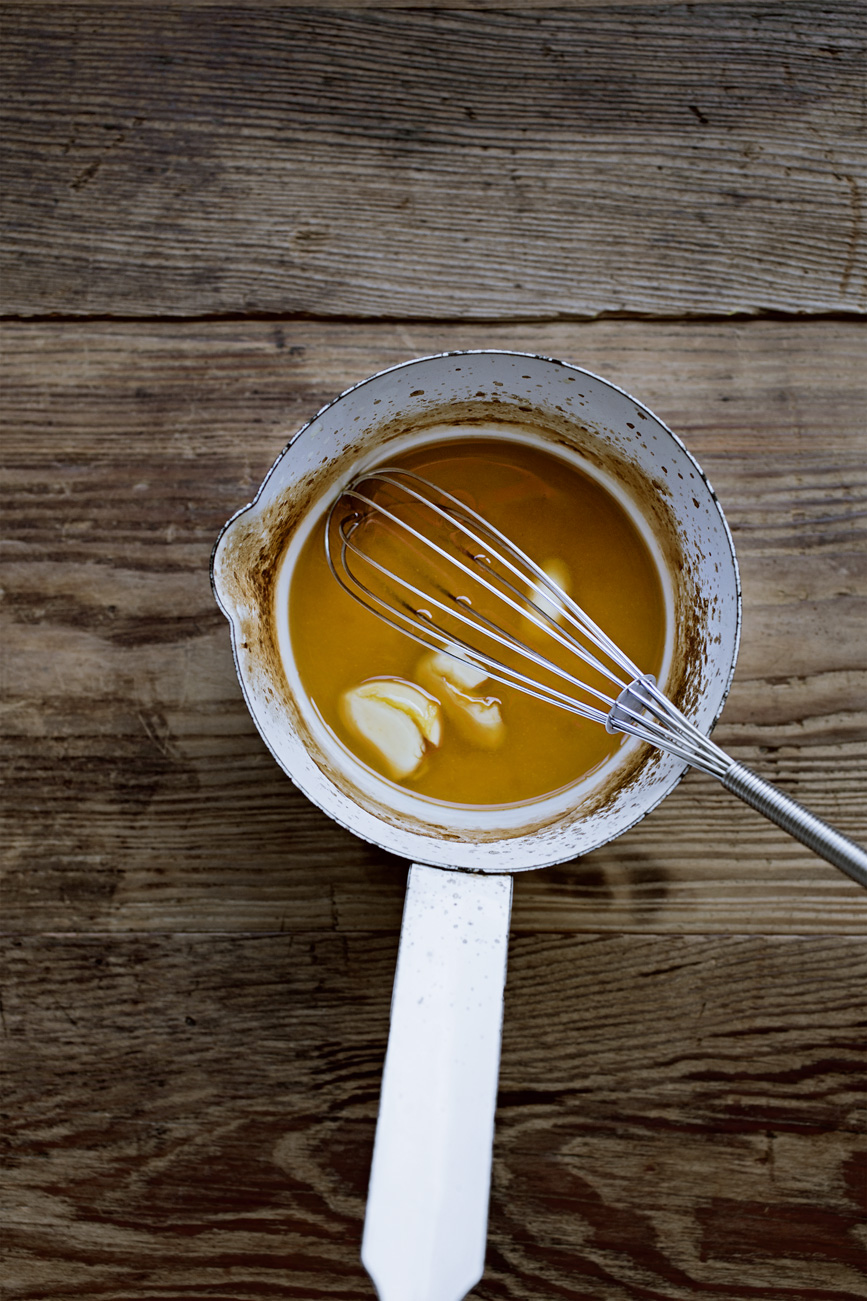 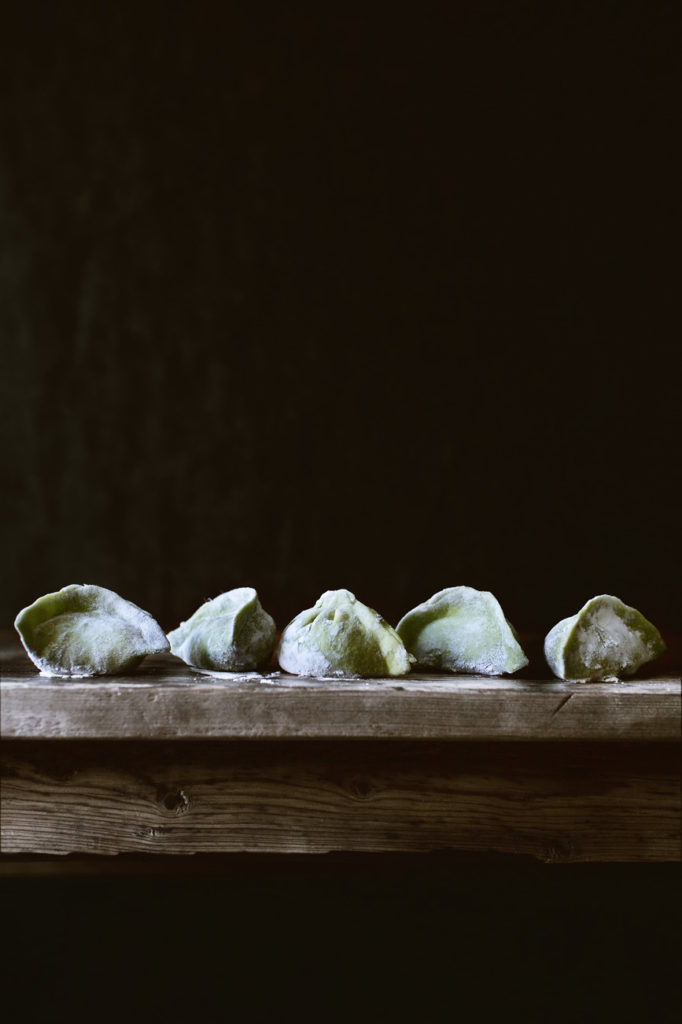 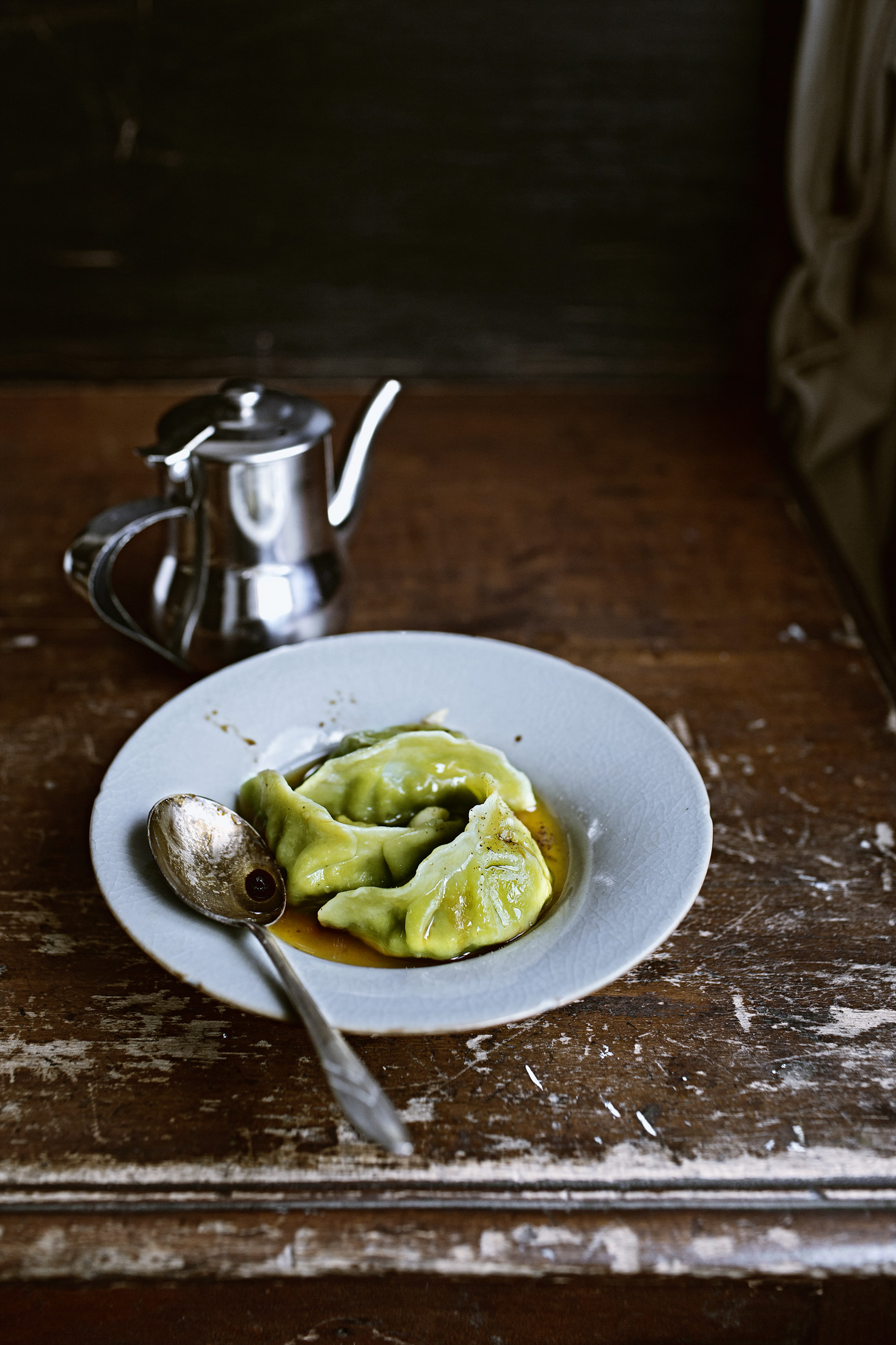 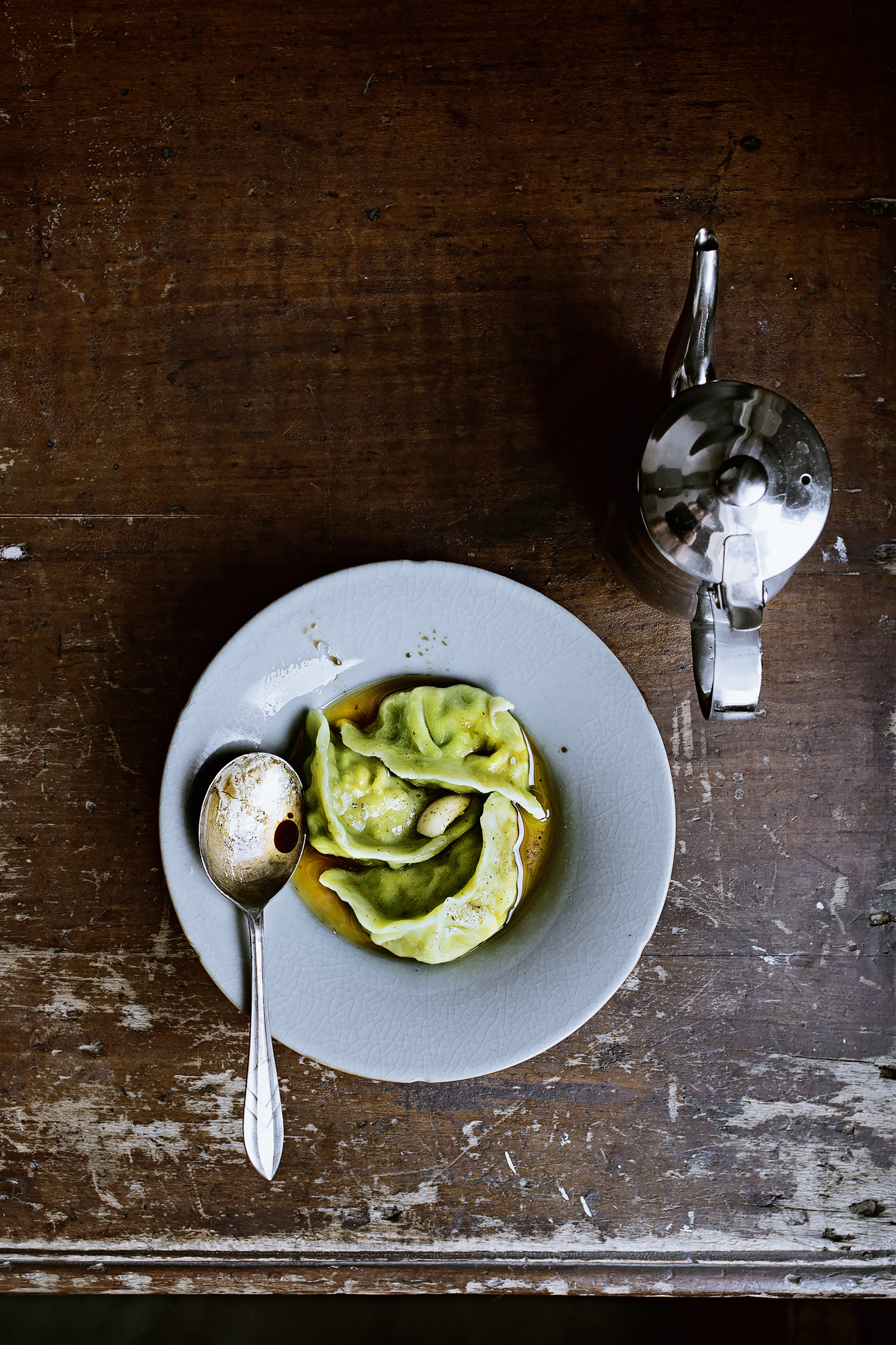 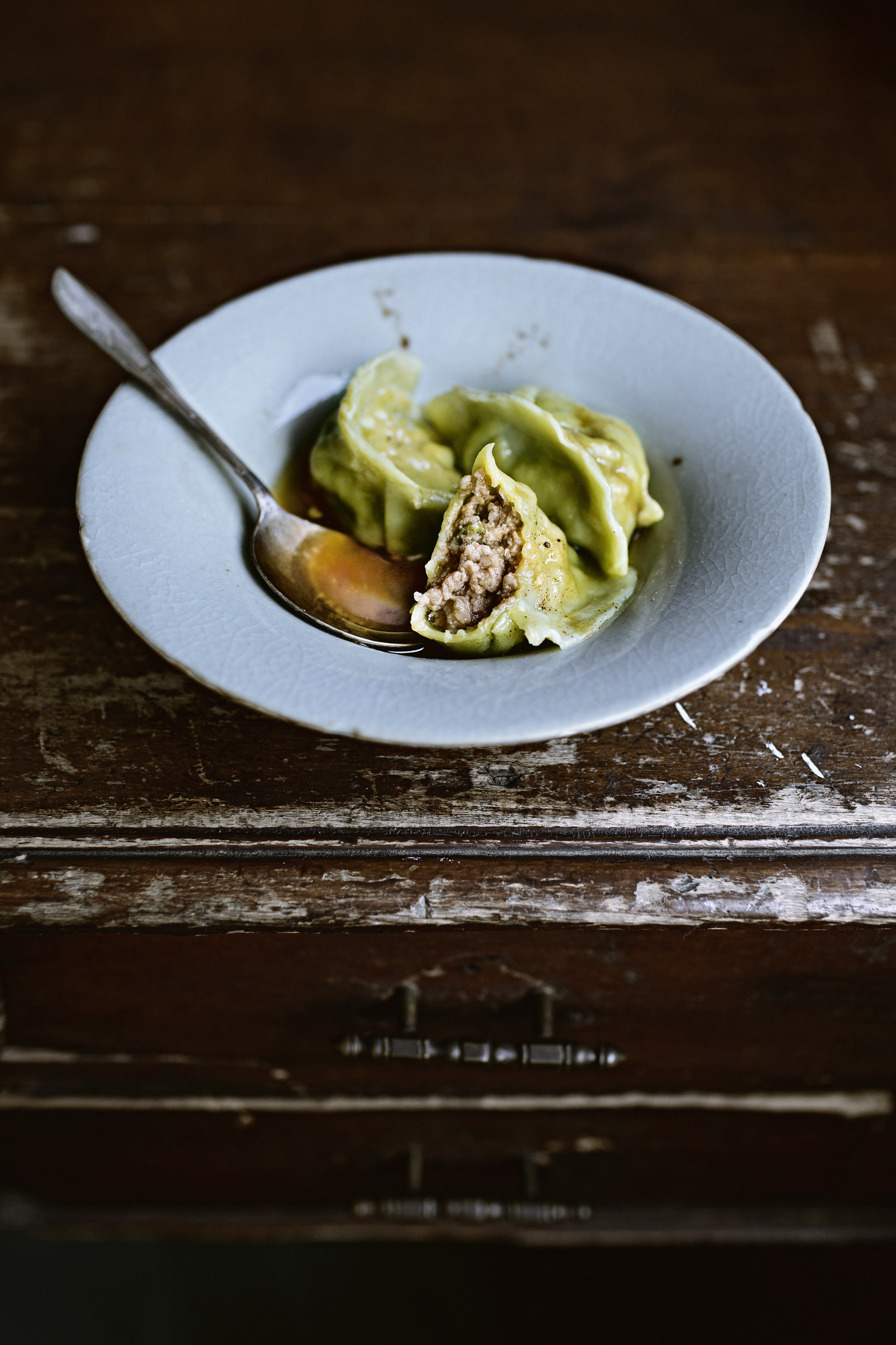 * The green scallions mainly gives the wrapper its color, not so much for flavorings. If you want to use store-bought wrappers, that's totally fine as well.