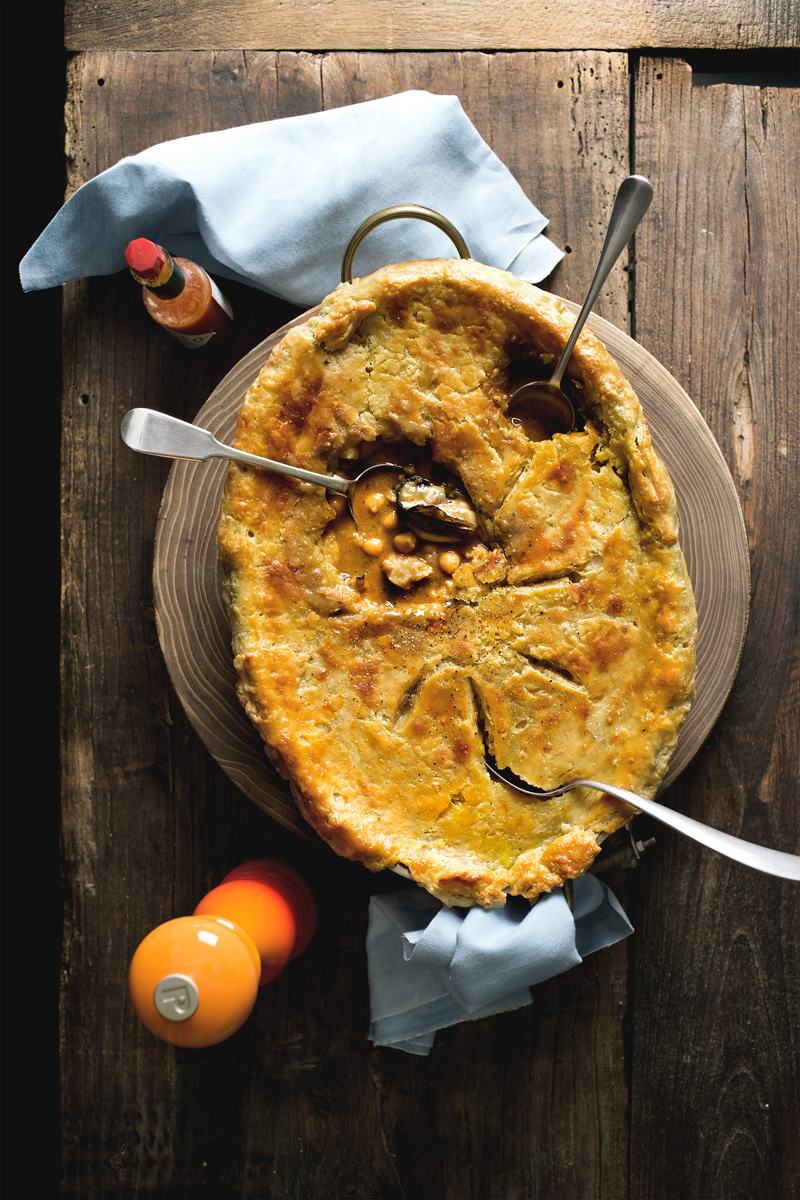 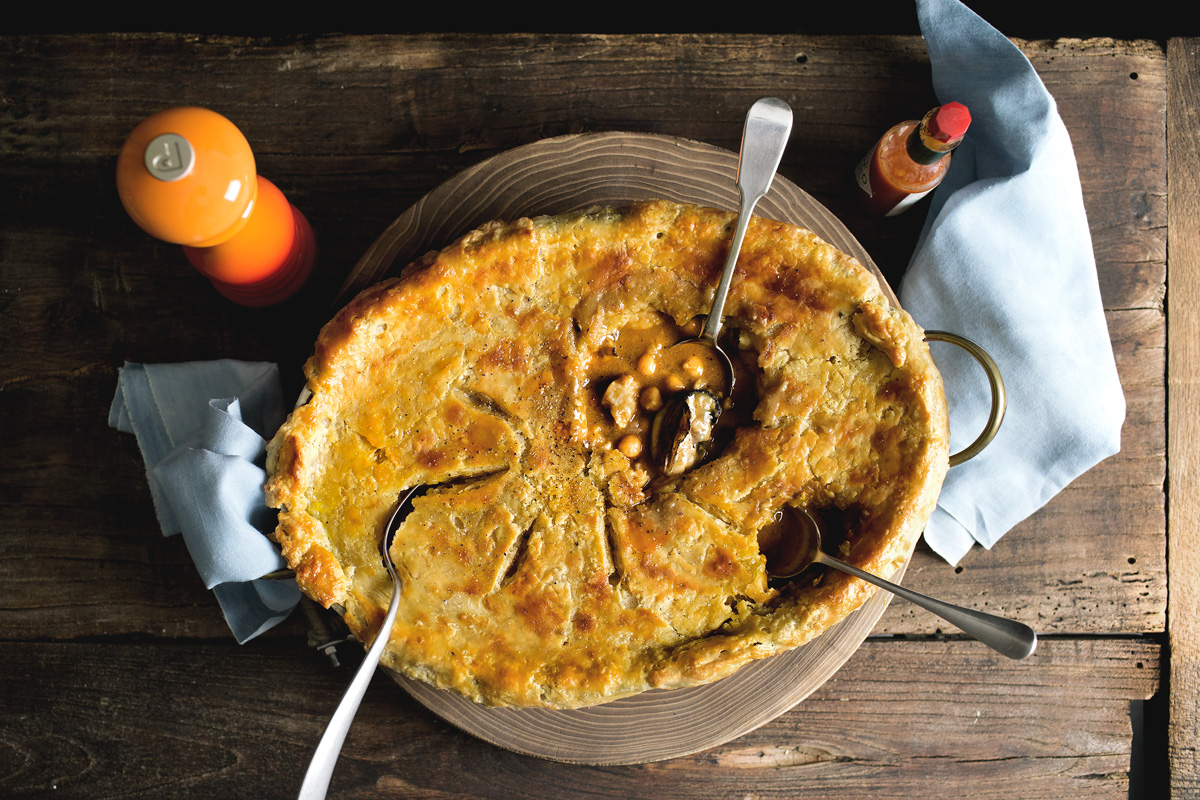 INSTEAD OF BEING SERVED WITH RICE, THIS FOOLPROOF AND INTENSE OYSTER GUMBO IS BAKED… BUBBLING UNDERNEATH A DRAPERY OF FLAKEY PIE-CRUST MADE WITH COLD APPLE JUICE 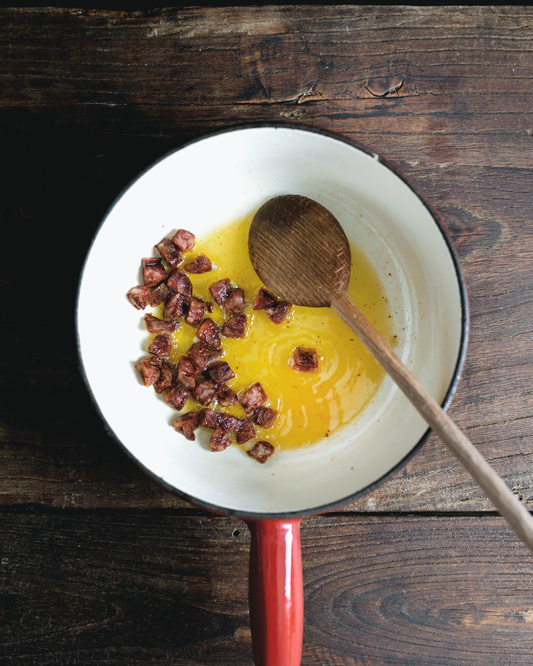 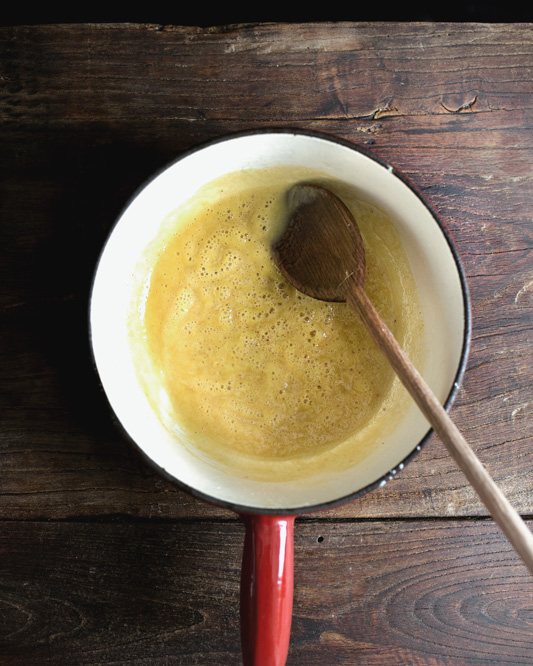 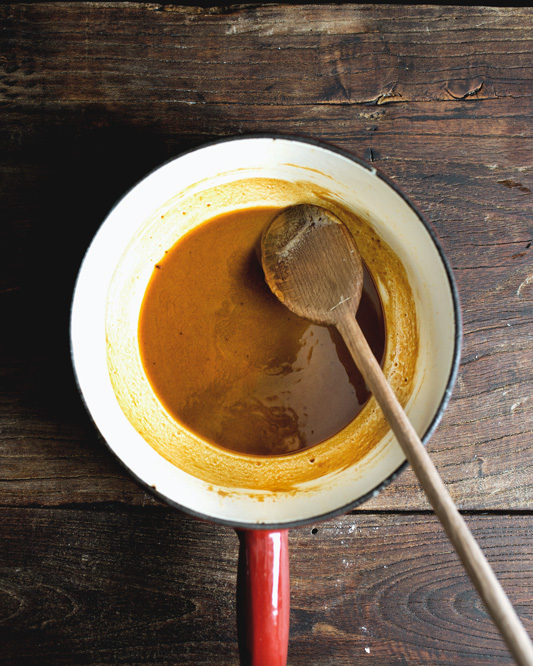 Hey, yeah, about this Thanksgiving, I hope I’m not too late to ask what you are bringing to the table?  Cardboard turkey?  Slacking off with mashed potatoes?  Please.

I know we haven’t got much time, but listen to me, the answer is, gumbo pot pie.  You know gumbo, right?  The Southern dark silky brown, rolling with rich seafood or chicken flavours, permeating the complex flavours of a deeply caramelised roux.  But I guess that’s what has been stopping you to attempt it in your own kitchen, the dark roux.  The dark roux that, legend has it, takes the kind of unfaltering will and patience in order to not fuck up.  The keep-stirring-or-die-trying kind of commitment, by the stove for over an hour, that’s going to give you the mystical chocolate-roux instead of a pot of burnt Thanksgiving crisis.

Well, guess what, it doesn’t have to be that way.

Here’s a simple and tested method, inspired by Alton Brown, to achieve the most gorgeous roux in the oven, even without much stirring!  Then that gorgeous brown is going to flavour the most genius and glorious oyster gumbo you have ever tasted.  Listen, you’re gonna want to know this.  Utilizing this guy’s idea for his oyster chowder, I blended some of the oysters directly into the stock that made the base for the gumbo.

Blended, directly, into the base!

The intensity of the stock was almost oozing out of the gumbo-category, spilling into what should have been called an oyster bisque.  Along with more torched whole oysters, poached fishes, and some beans for substance, this oyster gumbo was worth every second invested.  But it didn’t stop there.  What’s Thanksgiving without pies?  Instead of being served with rice, the gumbo was baked… bubbling under a drapery of buttery and flakey pie crust made with cold apple juice.

And if it was too late to plan it for this Thanksgiving, even better.  Then you get to dig directly into the pie with the sheer will of a spoon, solo-style. 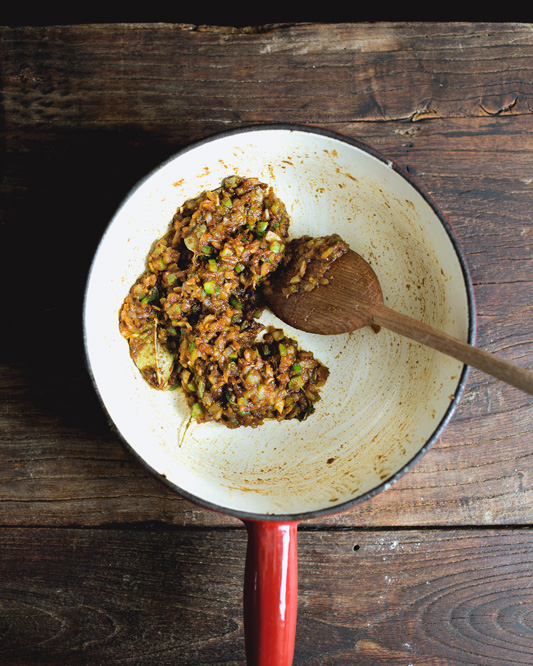 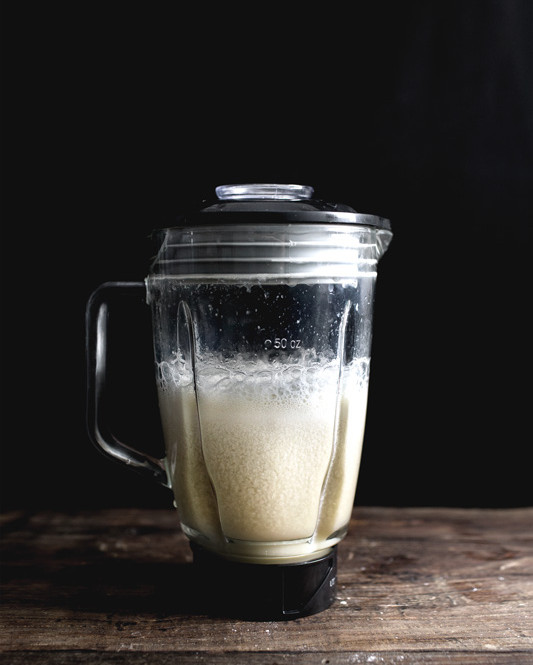 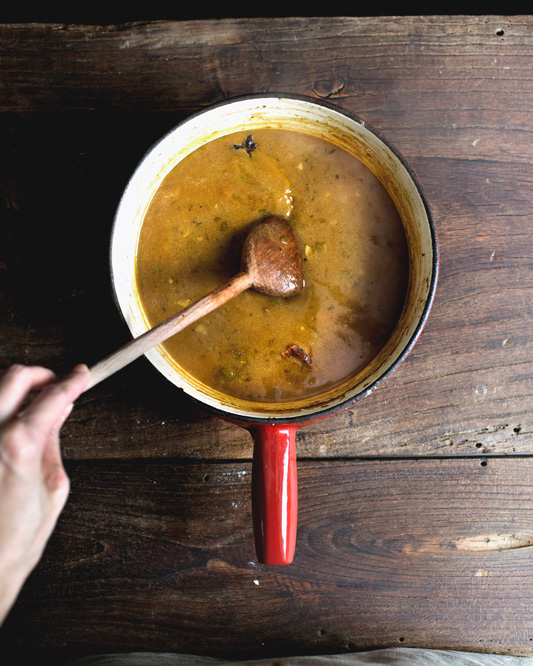 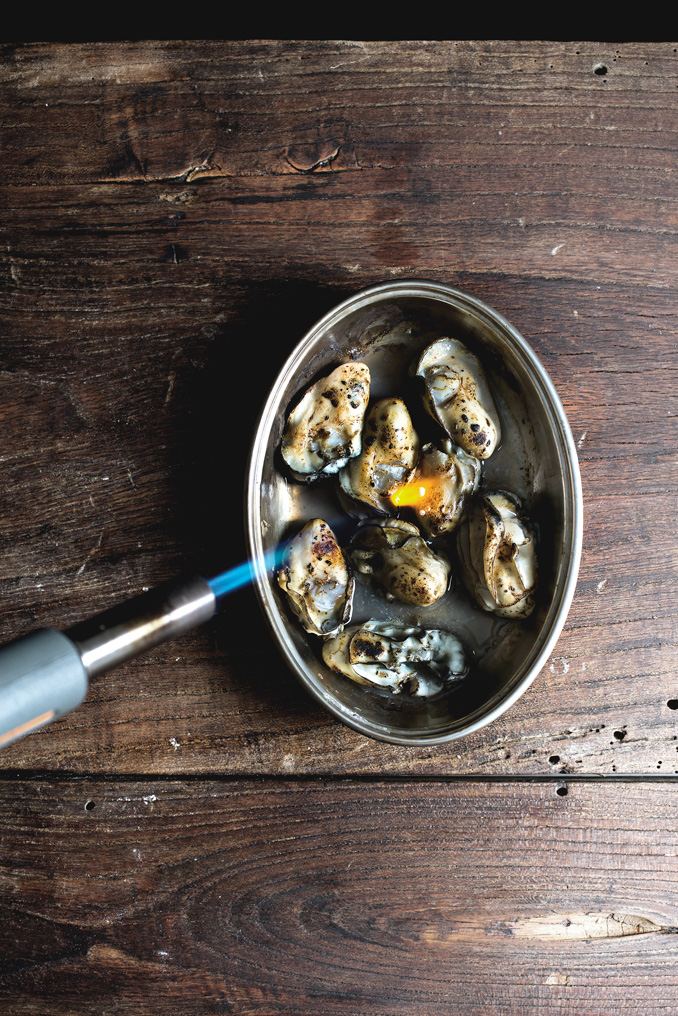 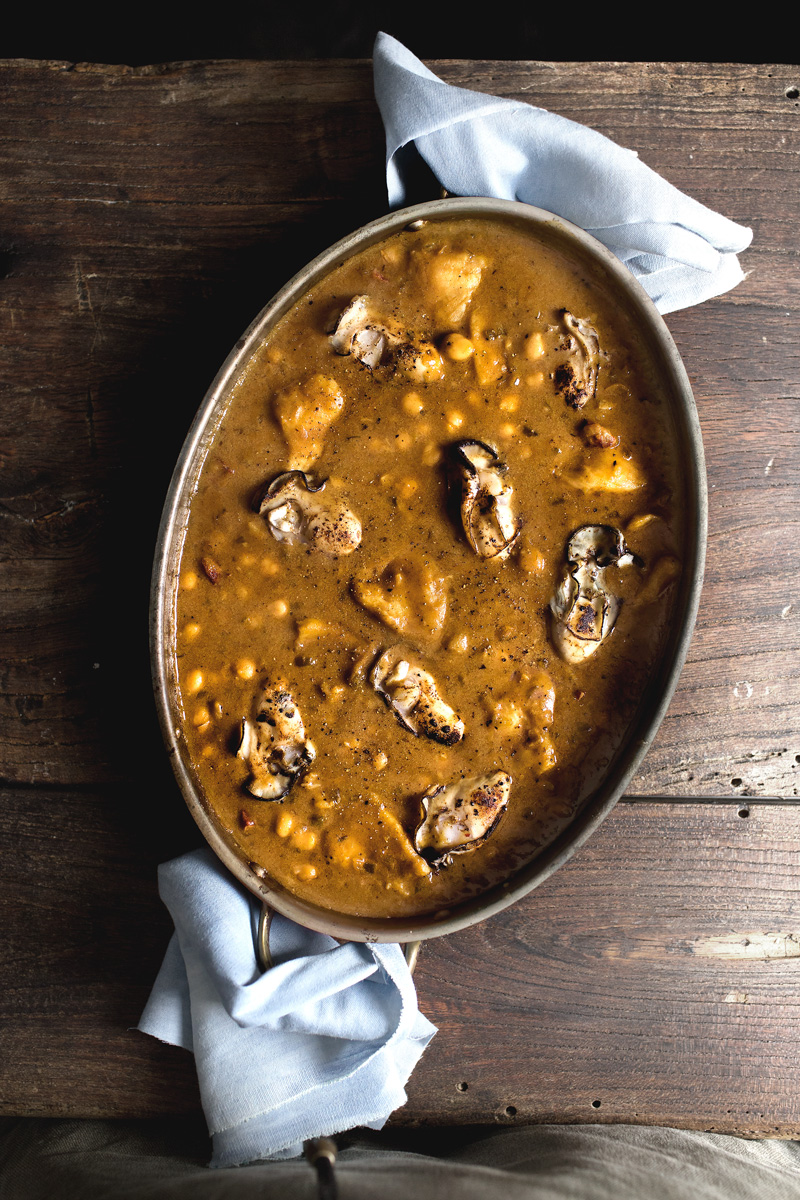 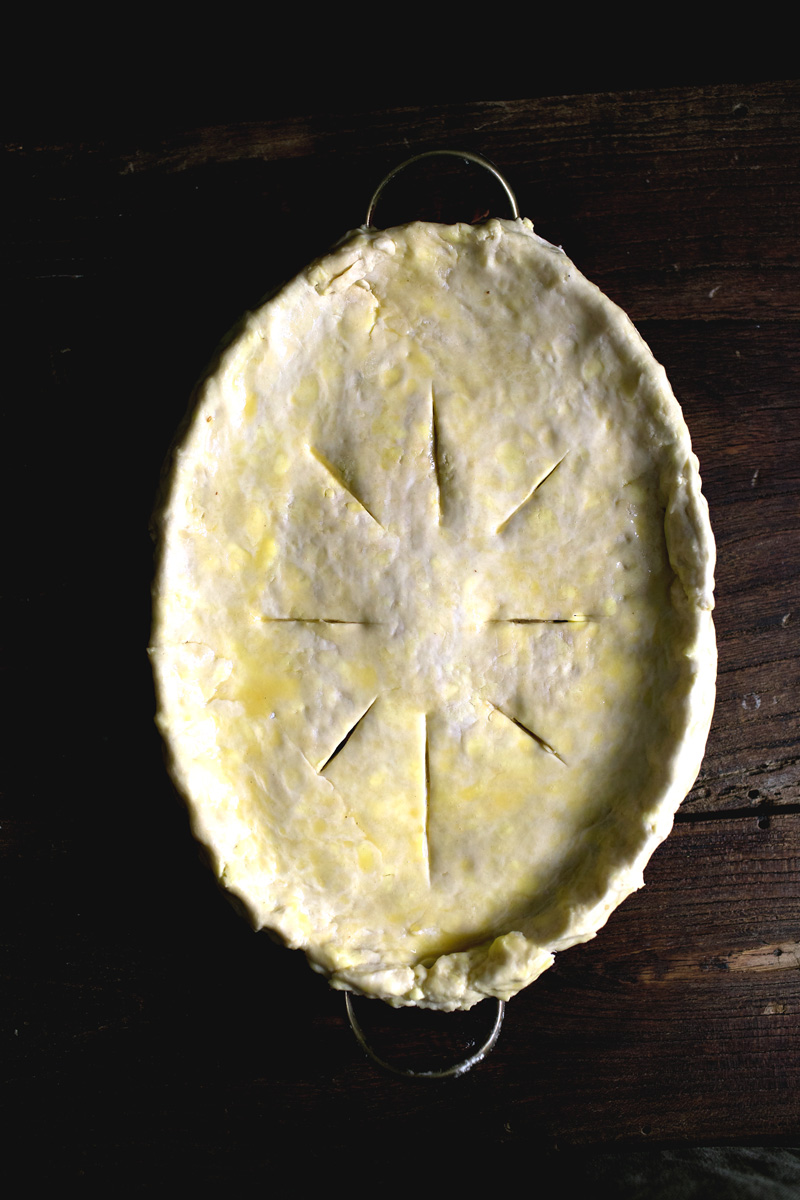 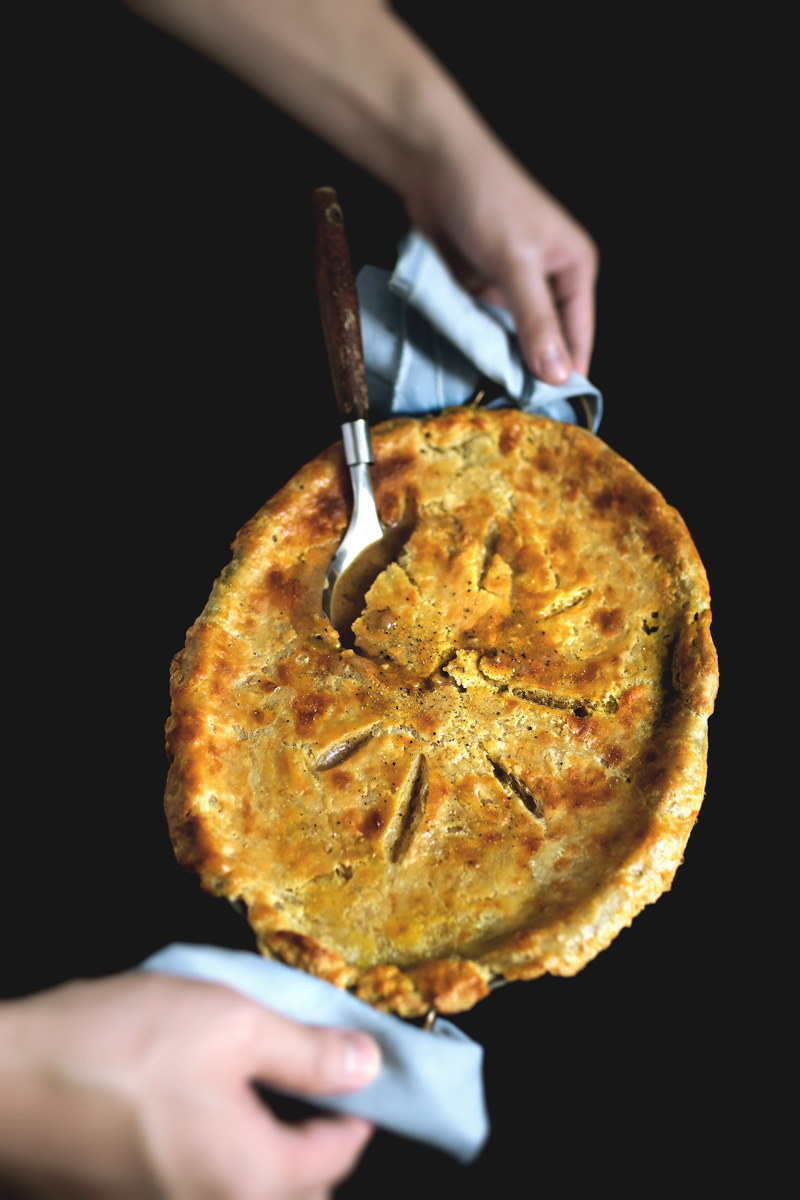 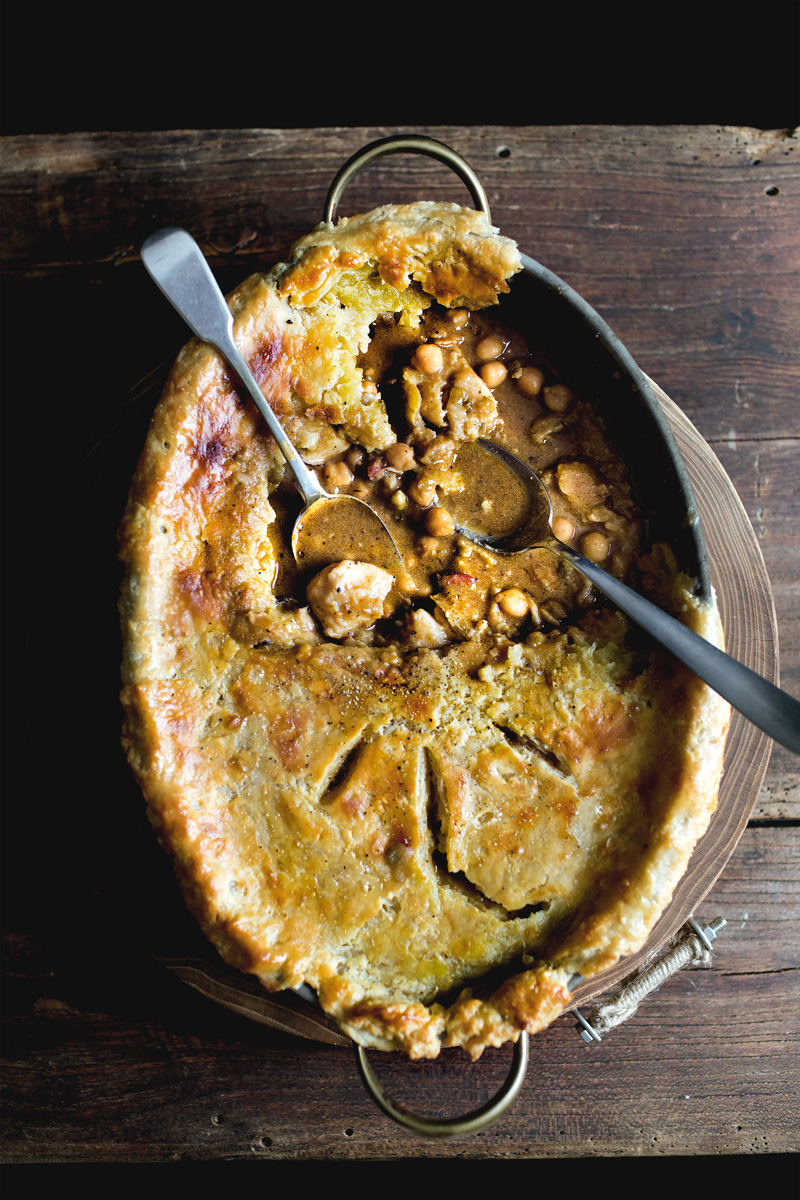