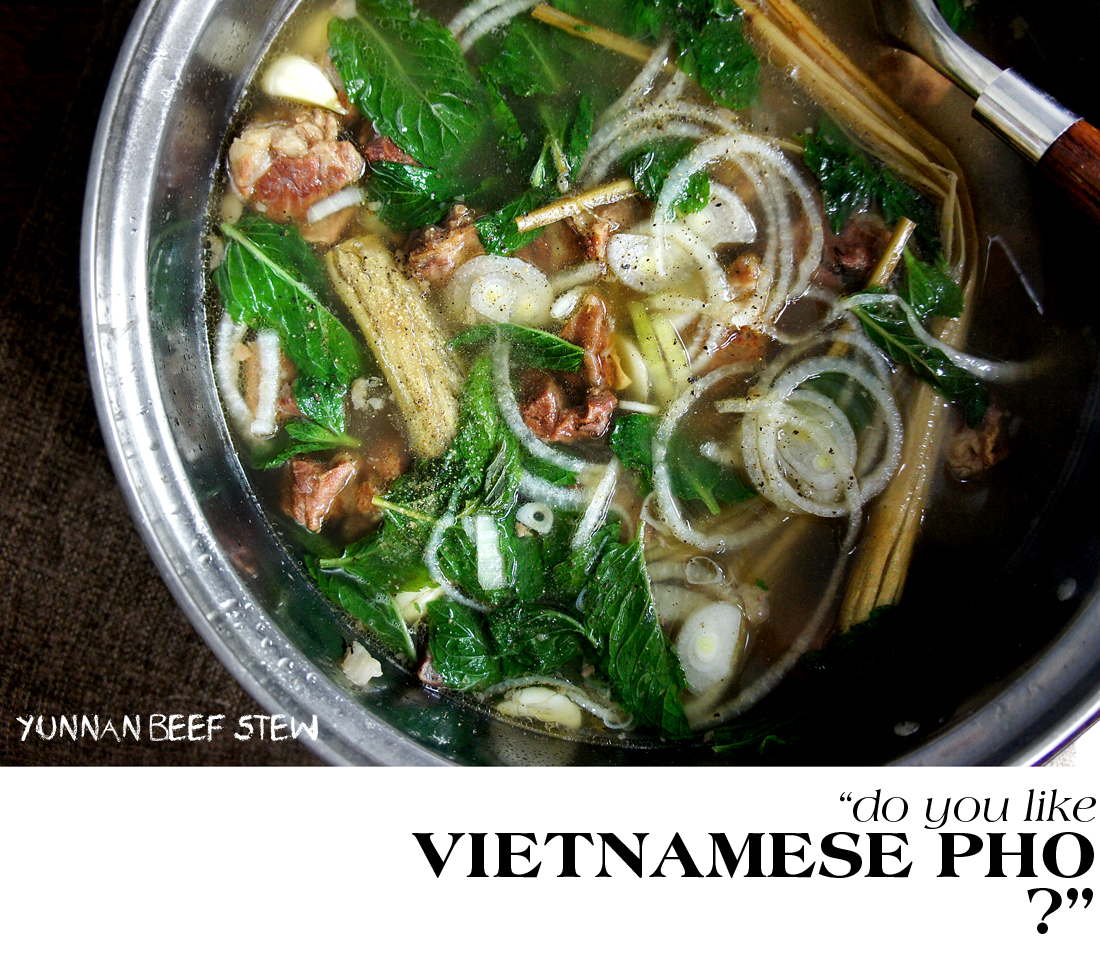 Oh there she goes again… trying to answer the question that nobody is asking. Beef stew from Yunnan? Anybody? (zeeeeeeeeee…) Believe me… I really struggled about posting this you know. The more conforming side of me who knows better wanted to kiss it on the forehead and lovingly bury it six feet under the ever-growing queue of recipes, resting peacefully inside WordPress’s cyber data-tomb. The curry fish head? The chili braised tofu? Com’on… blogs are all about traffics (snap fingers)! Followers (Snap)! Cookies (snaP)! and CAKES (SNAP)!! Nobody’s interested in exotic affairs with the far east especially shortly following that temporary insanity fermented tofu thing… But really guys, I tried.  As I fed myself this soup, it became clearer and clearer with each spoonful that it would just be TOO WRONG to keep it away from you, traffic-tank or not. Oh selfless me. 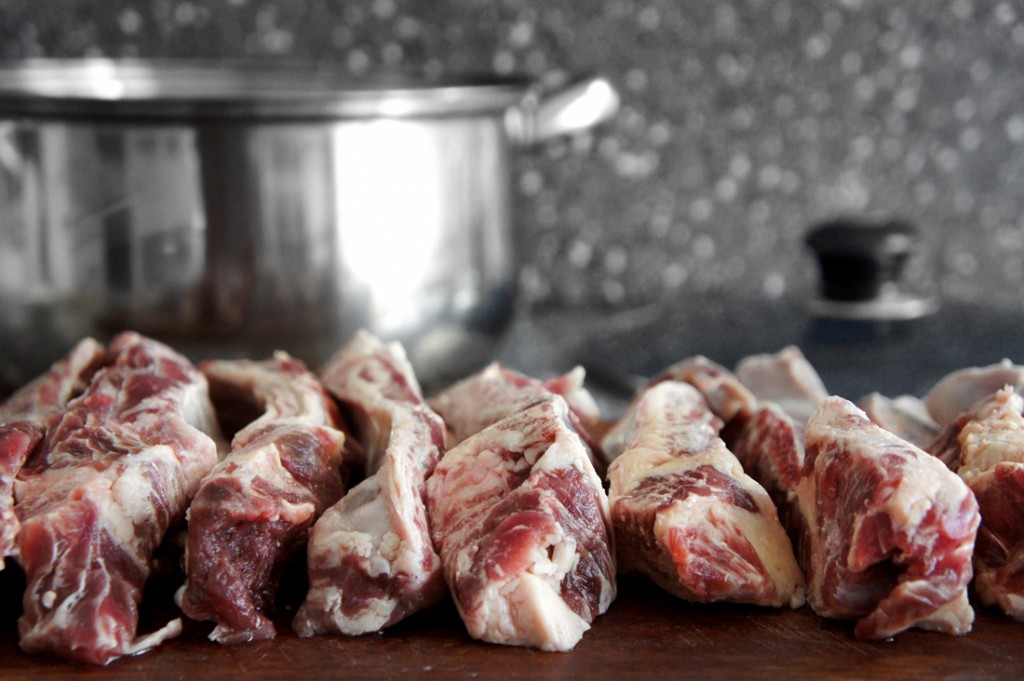 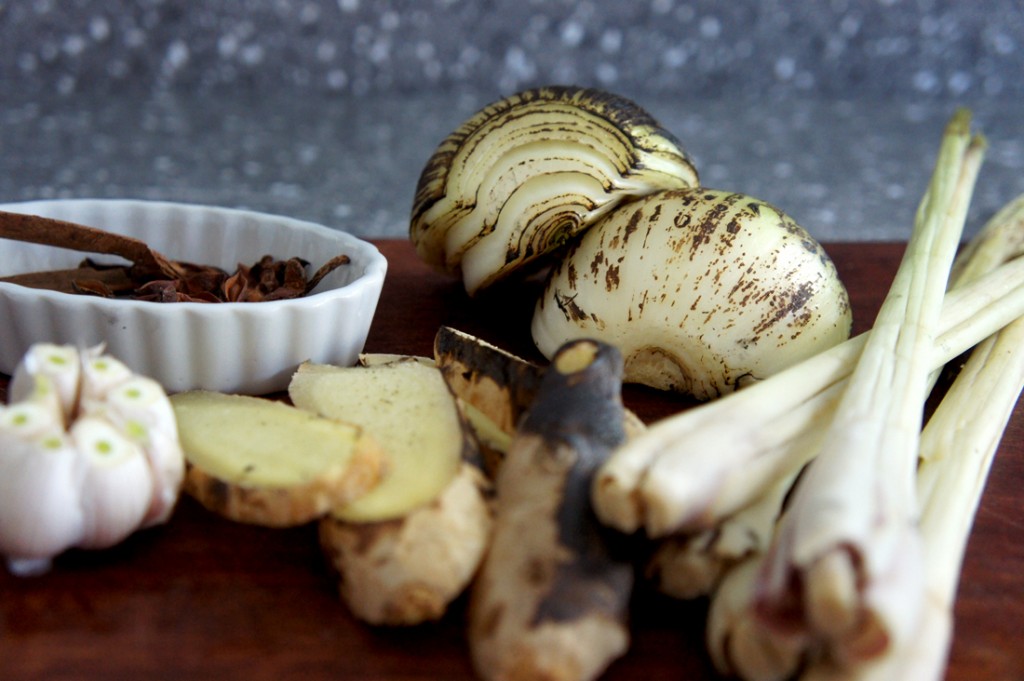 OK so here goes my best pitch. Do you like Vietnamese pho bo?  Uuh bup bup bup… let me rephrase. Have you EVER had a REAL Vietnamese pho bo? Are you sssure?! Because if the answer to both question isn’t immediately definite and an absolute YES!, then I urge you to cancel that next trip to the Caribbeans.  In fact, leave a post-it on your work desk right now and Google yourself a trip to here or here, sit your ass down on that plastic stool and take a deep deep slurp.  If by THEN at that exact moment, you STILL wonder if you like it, at least it was worth ALL that effort to know that…   maybe…you don’t like noodles.  But if you are deeply infatuated and crazy in love with pho bo, now… you’d want to know about this. The closest shortcut to a fix when the craving strikes. 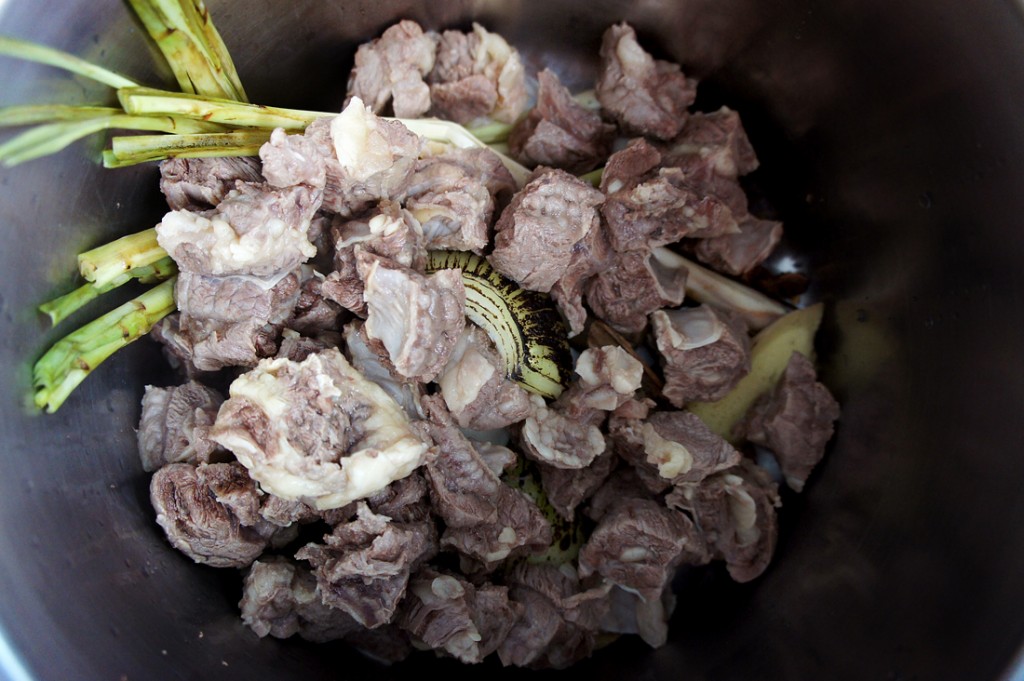 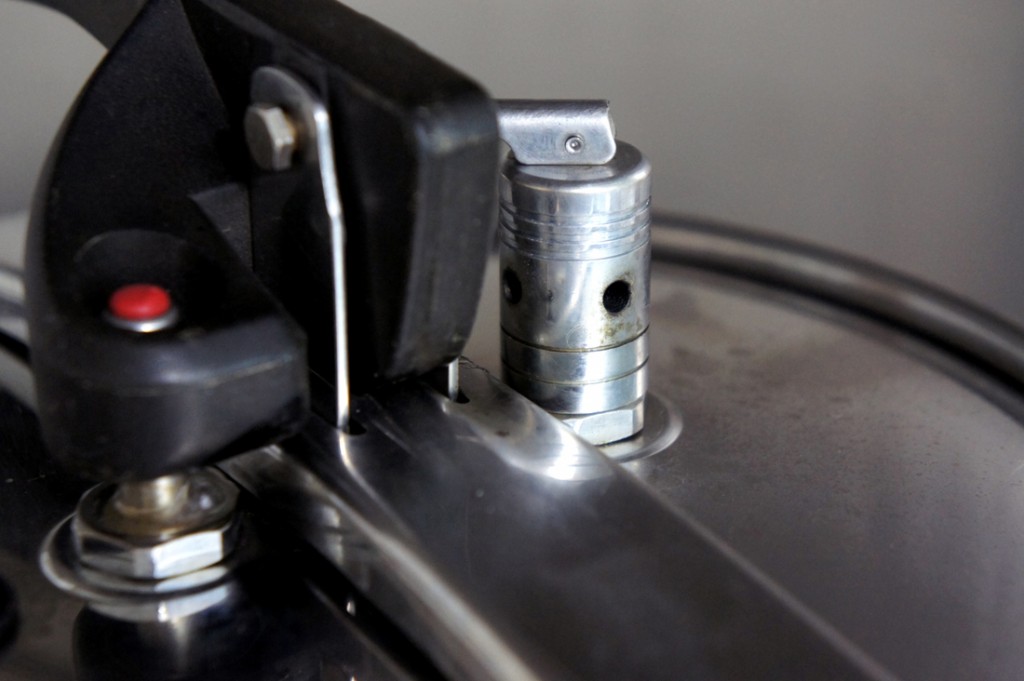 But why not just write about pho bo to begin with? Well I guess the question back to that is do you have the love for standing by a soup-pot for more than 10 hours? Yeah exactly, so shortcut. It’s no coincidence that Yunnan, conveniently situated right next to Vietnam, happens to cook a close variation to this globally popular soup noodle, without the noodle that is. Instead it is more meant to be a “dish”, with a higher ratio of meat to liquid. Without the need for more liquid/soup to accompany noodles, there’s no need to brew a bone marrow-based stock for hours. And if you happen to own a pressure-cooker (God bless), you could have this most fragrant, comforting and addictive pot of stew in an hour (or UNDER depending on the cuts of meat used) to sooth the symptoms of pho bo withdrawal that you are sure to experience after that trip. You know, that trip… Stop thinking. Just do it. 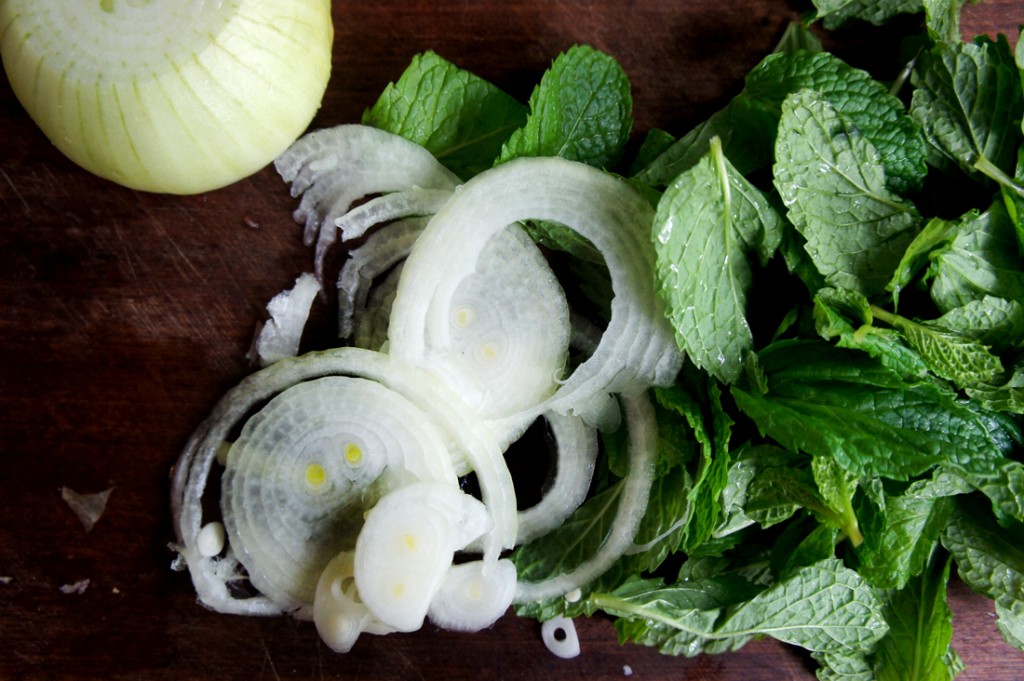 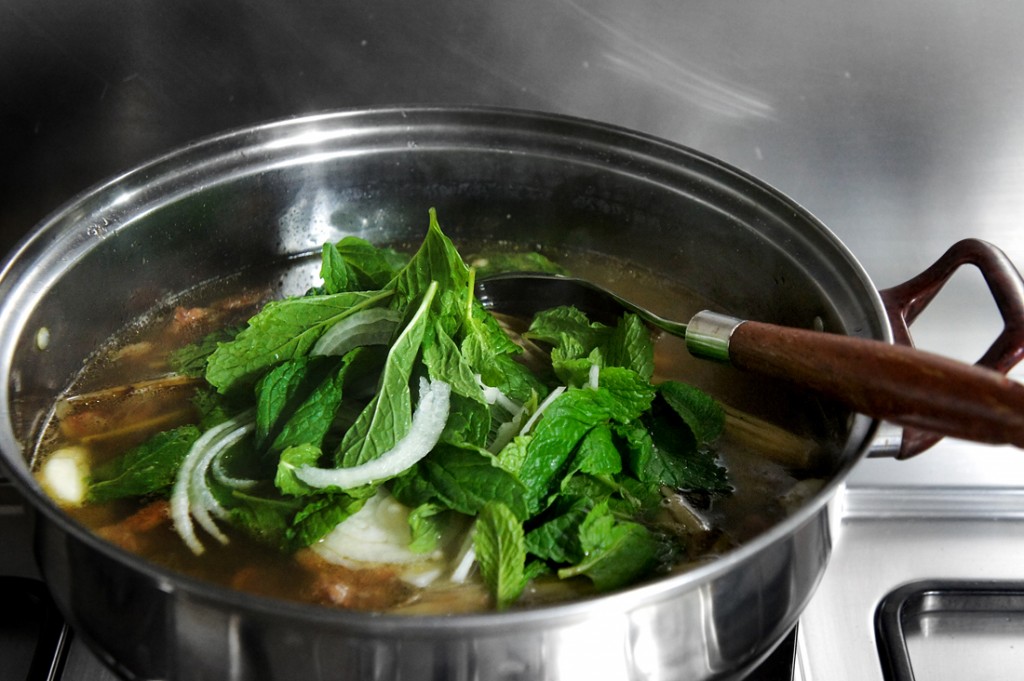 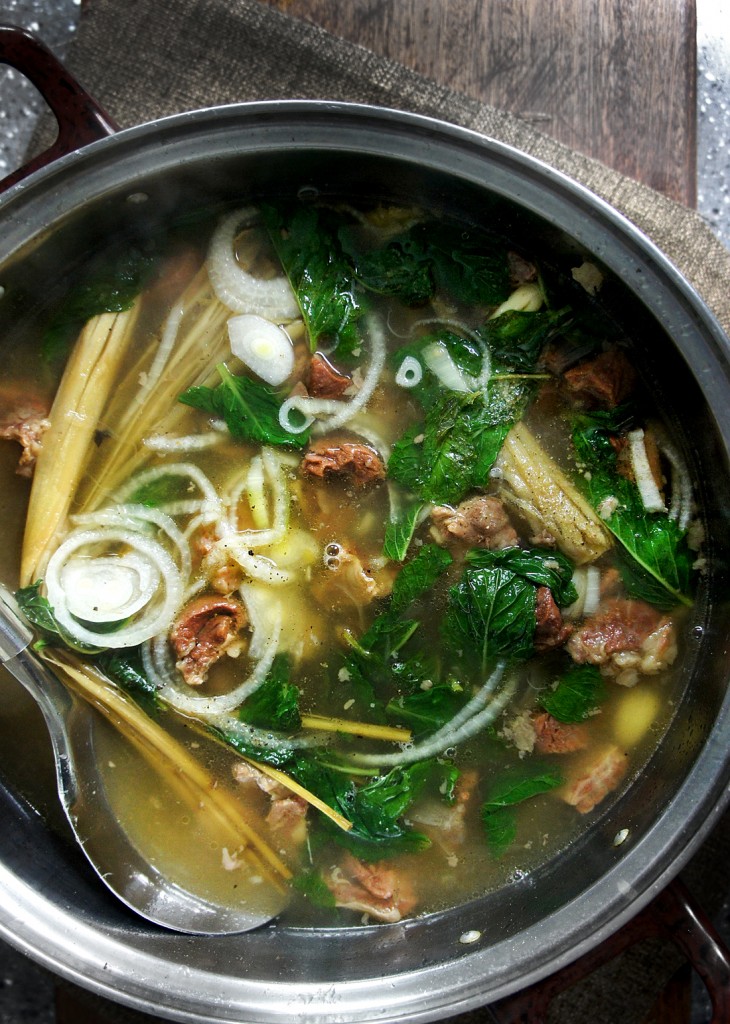 * When you shop for mints, DO NOT choose varieties with prominent menthol in it (such as peppermint). It shouldn’t taste like gum. Instead, choose a Southeast Asian variety such as this.

Dice the meat into 2″/5 cm pieces. Place in a large pot with 5 large pieces of smashed gingers and enough water to completely cover it. Bring to a boil and let it simmer for 3~4 min until no-more blood is coming out of the meat. Discard all the liquid and gingers, and wash EVERY pieces of meats to rid all the scums and dirt under cold water.

Half the onion. If you have a torch like me, use it, otherwise place the onion on the stove in open flame and toast it until the surface is charred and blacken. Toast the gingers slightly as well. Use the side of the knife or a meat pounder to smash the lemon grass until it’s all broken up. Cut 1 head of garlic horizontally in half, leaving the skin on. Add the meats, lemon grass, ginger, onion, garlic, star anise, cinnamon stick, whole cloves, salt, fish sauce and water into a pressure cooker (or a large stock pot). Follow the pressure cooker’s manufacturer instruction and cook the soup for 1 hour, or simmer in a stock pot for 2 hours (short ribs may take less time).

Once the meat is fork-tender, strain the soup then add the meats back into the soup. Discard the rest of the ingredients that are strained out (but I like to keep a couple of lemon grass). You could skim off some of the fat on top, but NOT all of it. Add 4 more cloves of smashed garlic, and re-season with more fish sauce and MSG (it really is considered essential by the locals and who am I to argue).

You could keep cooking the soup on stove-top for a few minutes longer, or just serve it simmering on a portable stove. Before serving, add a generous bunch of fresh mint, thinly sliced onion, freshly ground black pepper and white pepper on top.

I love to add cooked rice to the soup and let it soak up all the awesomeness. 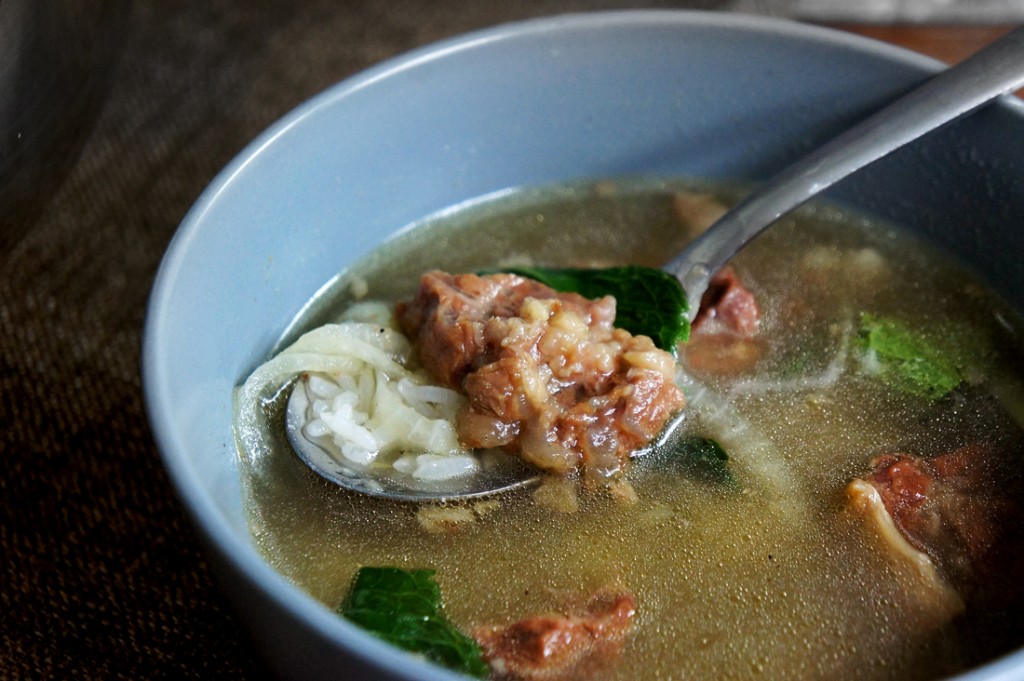