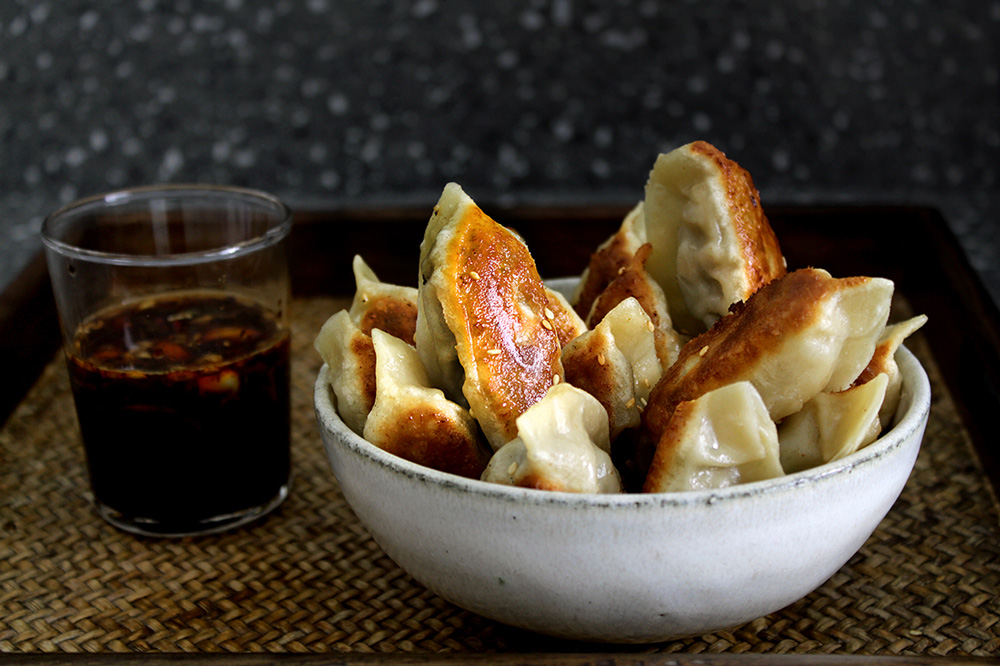 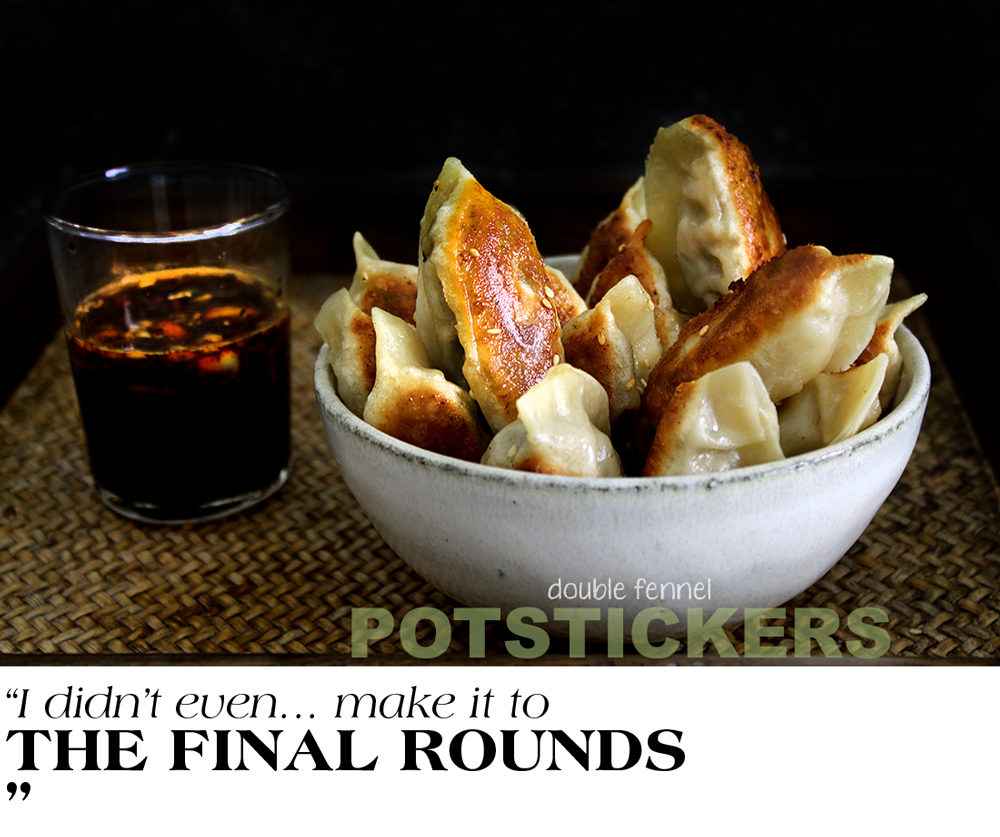 Being competitive has never been part of my persona. It isn’t one of the virtues of being a quitter, which I like to use as the reason I was never good at sports and why until this very day, I still cannot technically swim (but I float professionally). It’s not that I’m not into winning but just that I don’t like to be proven losing. I’m a walking cliche. But recently I have been braving the turbulent water for the love of my new favorite website and the recipe contest they throw every two weeks. 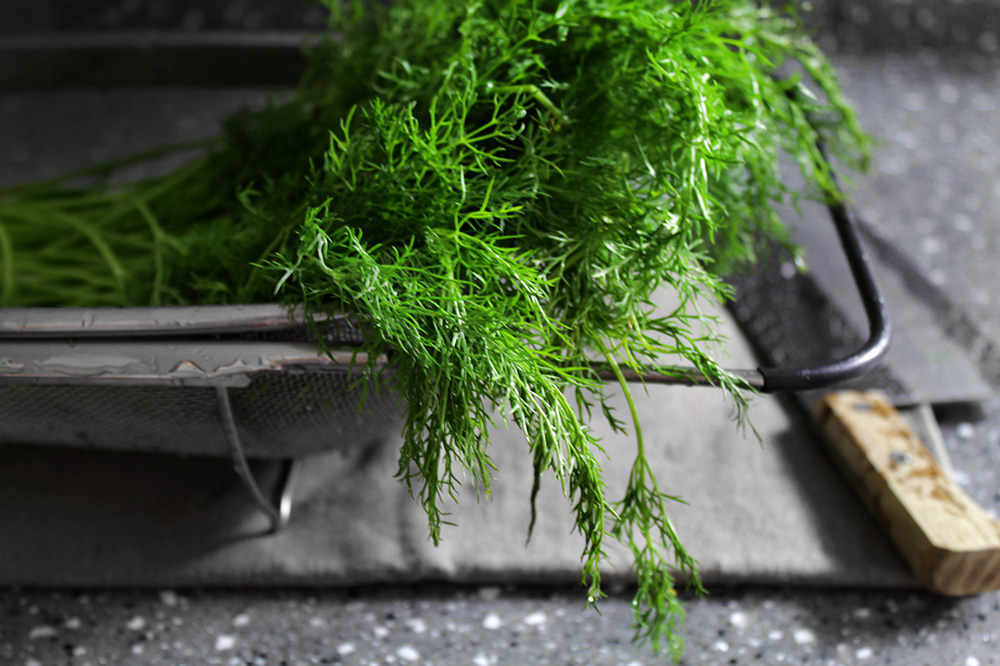 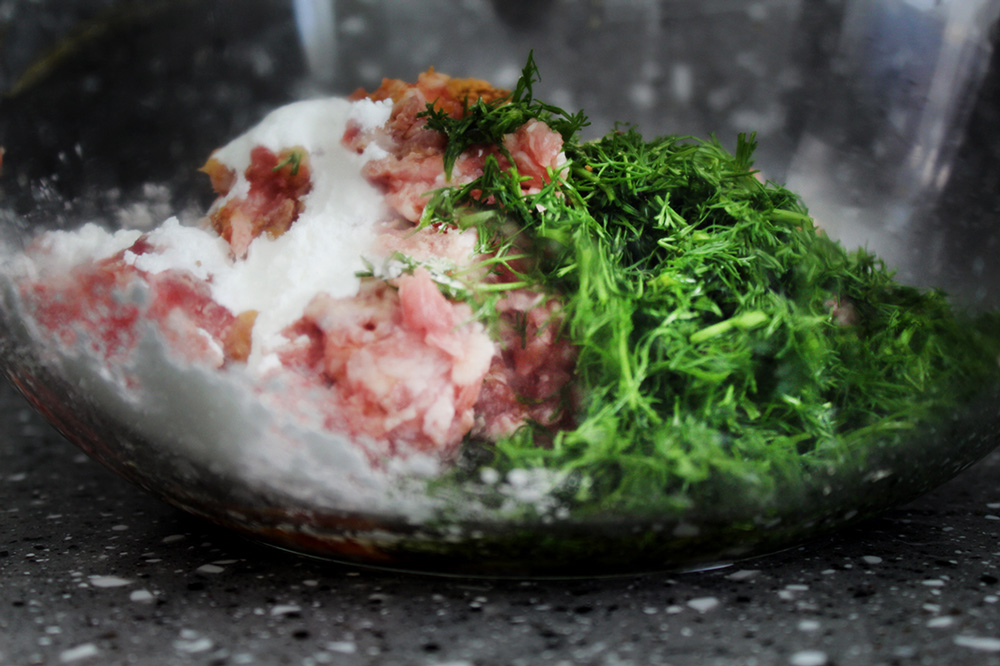 I entered two contests thus far and both didn’t even make it to the final rounds, which theoretically would have put my mind into the same state of a cautious clam who just got firmly tapped on its head. But instead I reached a new understanding about being a loser. The trick to losing is… Not minding that it hurts. Yes. After a couple of times, one grows a skin so thick it becomes the foundation of an elusive concept called determination. So here I am going to share the ousted recipe with you guys in the hope that someday I could quote the story in my acceptance speech. 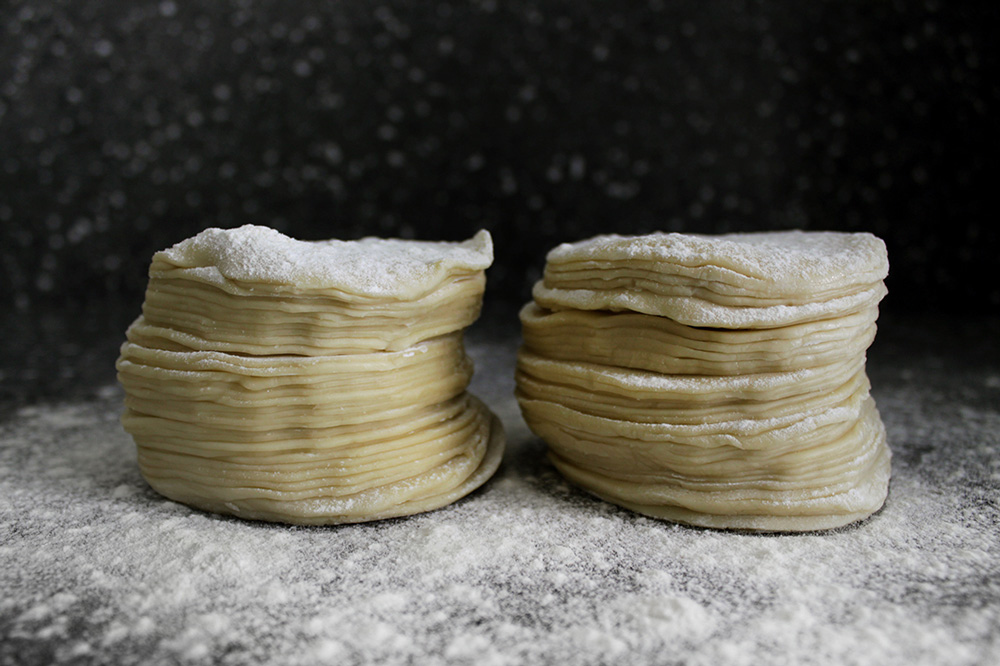 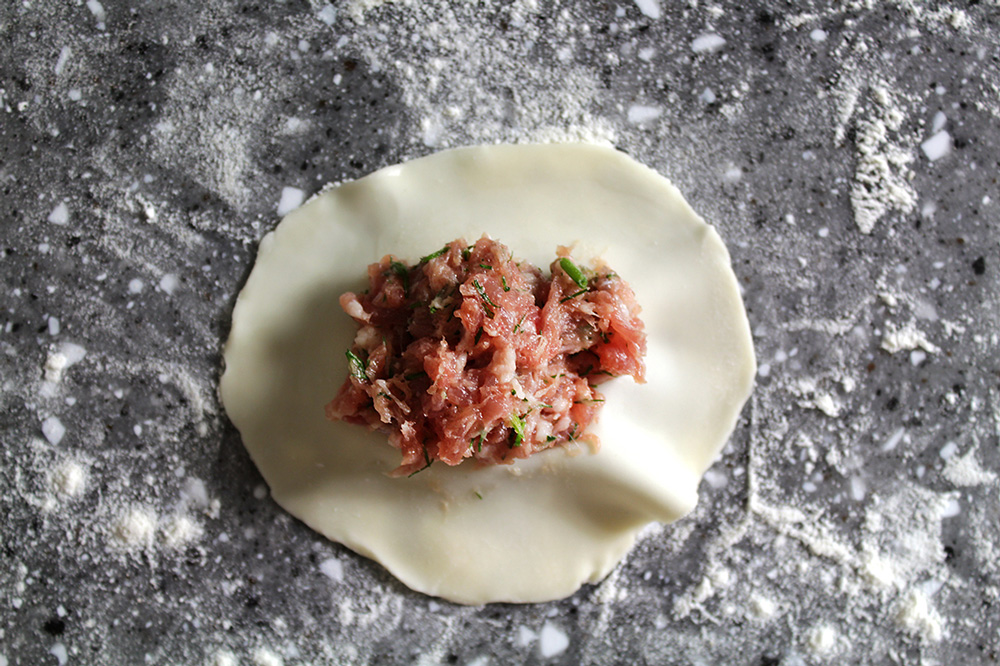 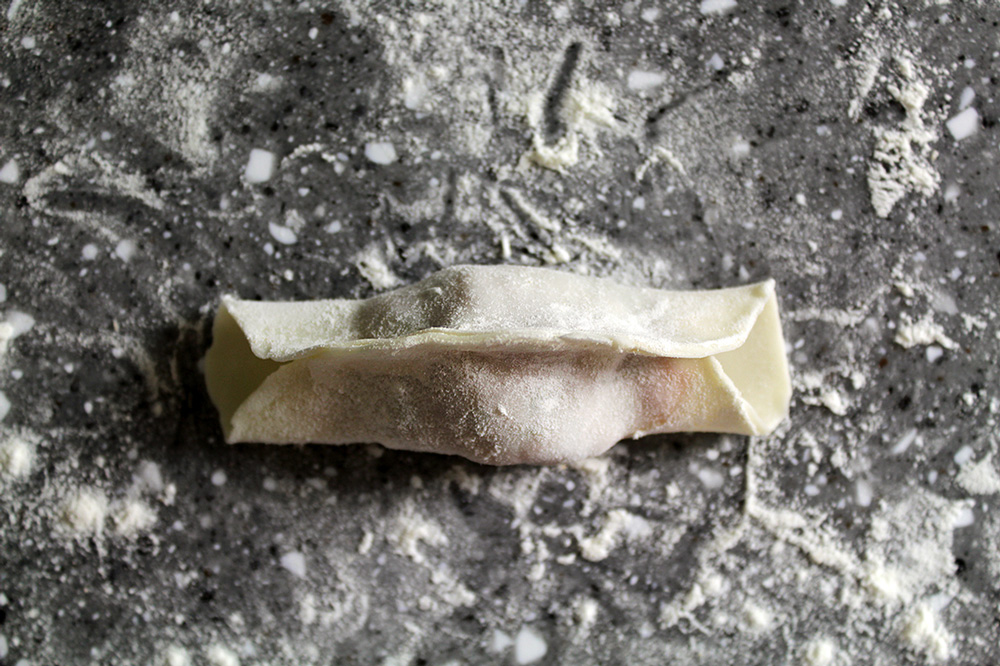 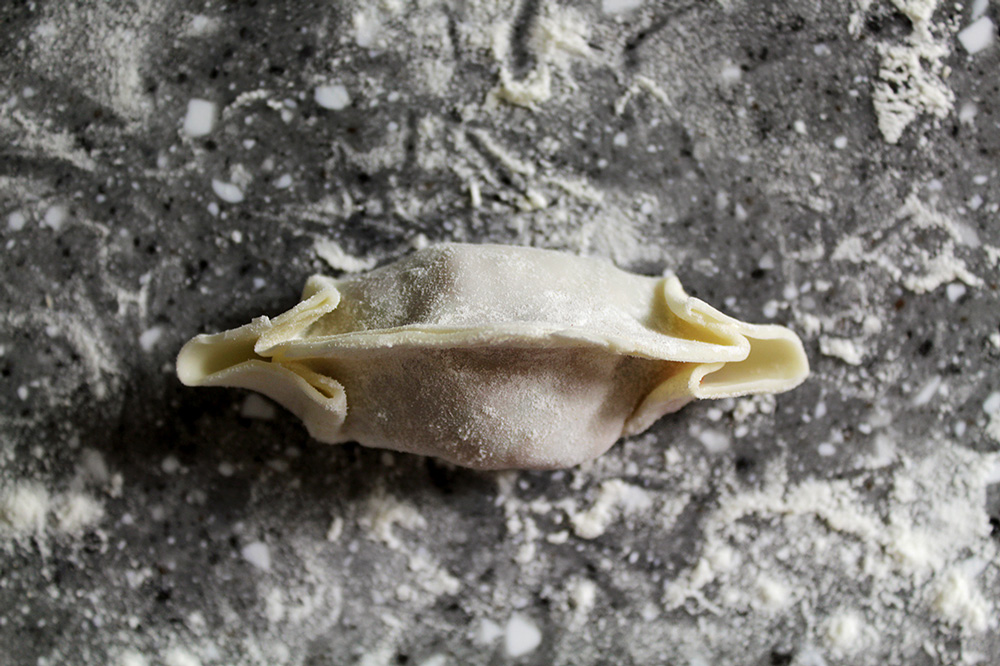 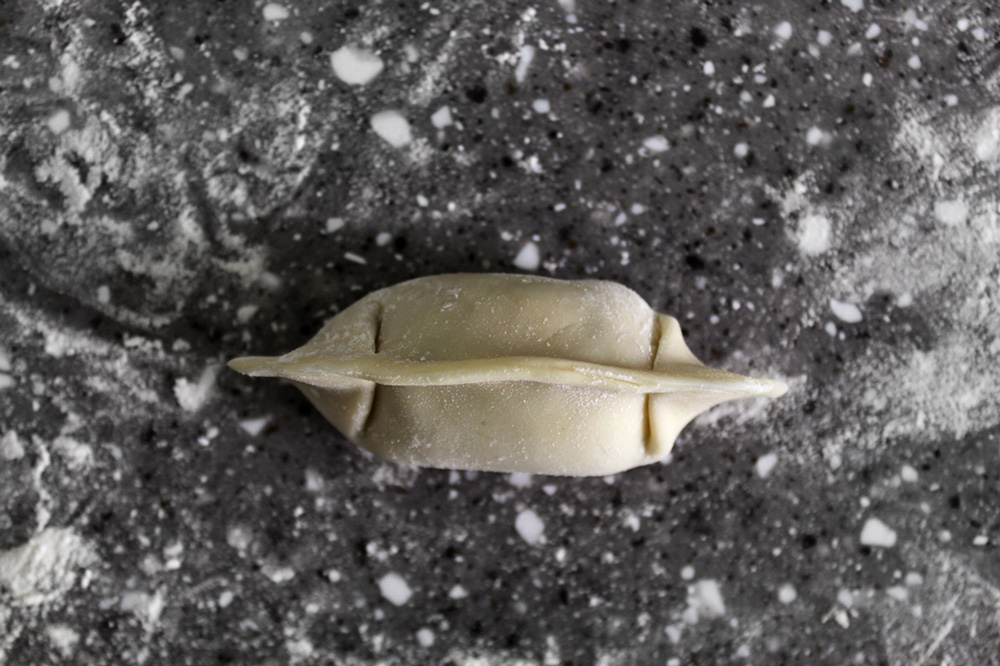 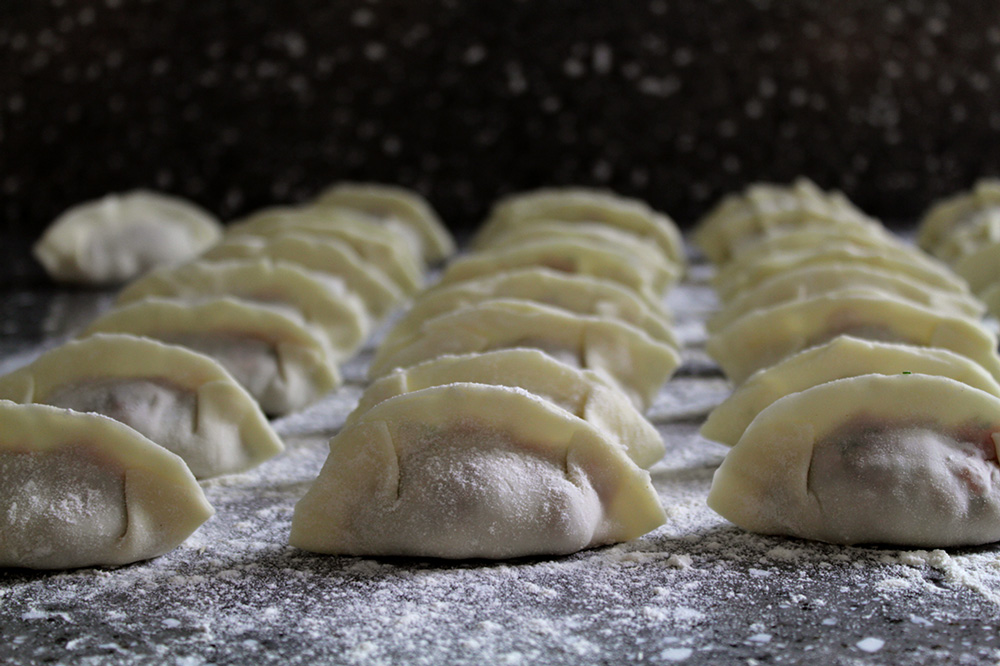 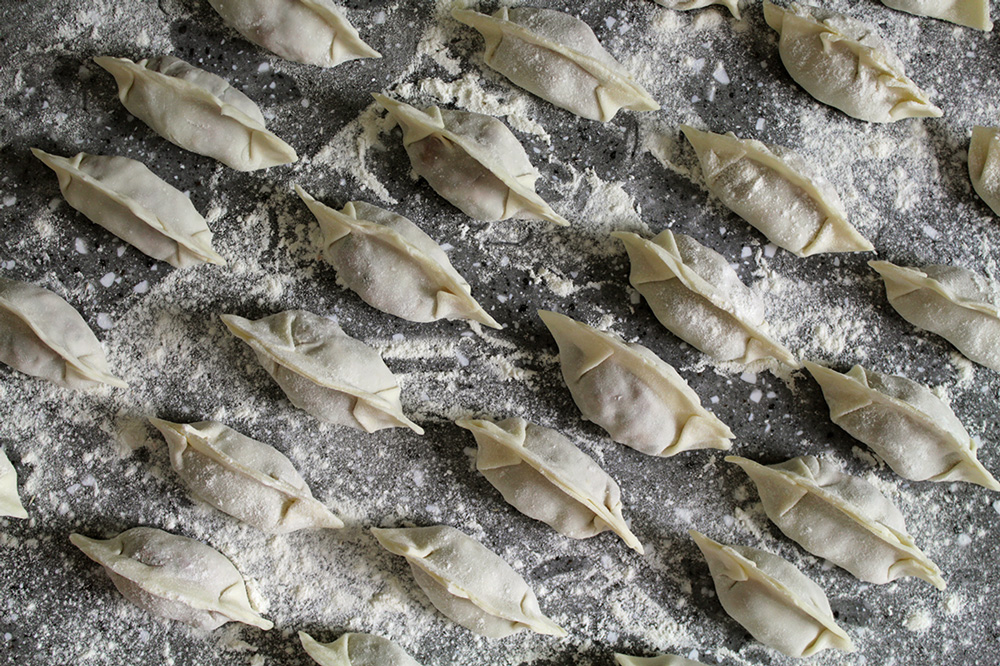 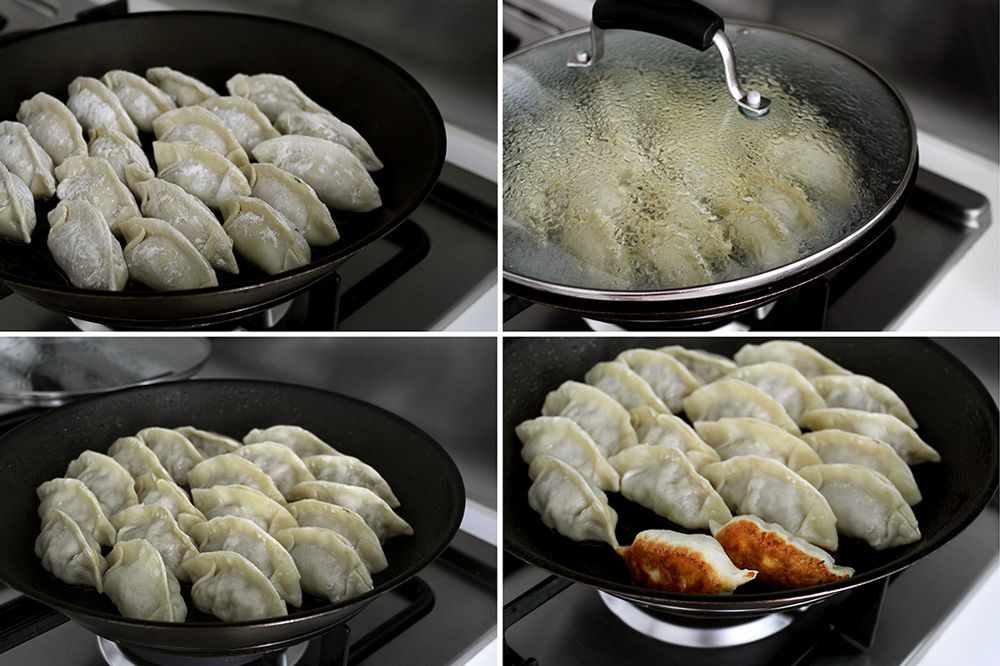 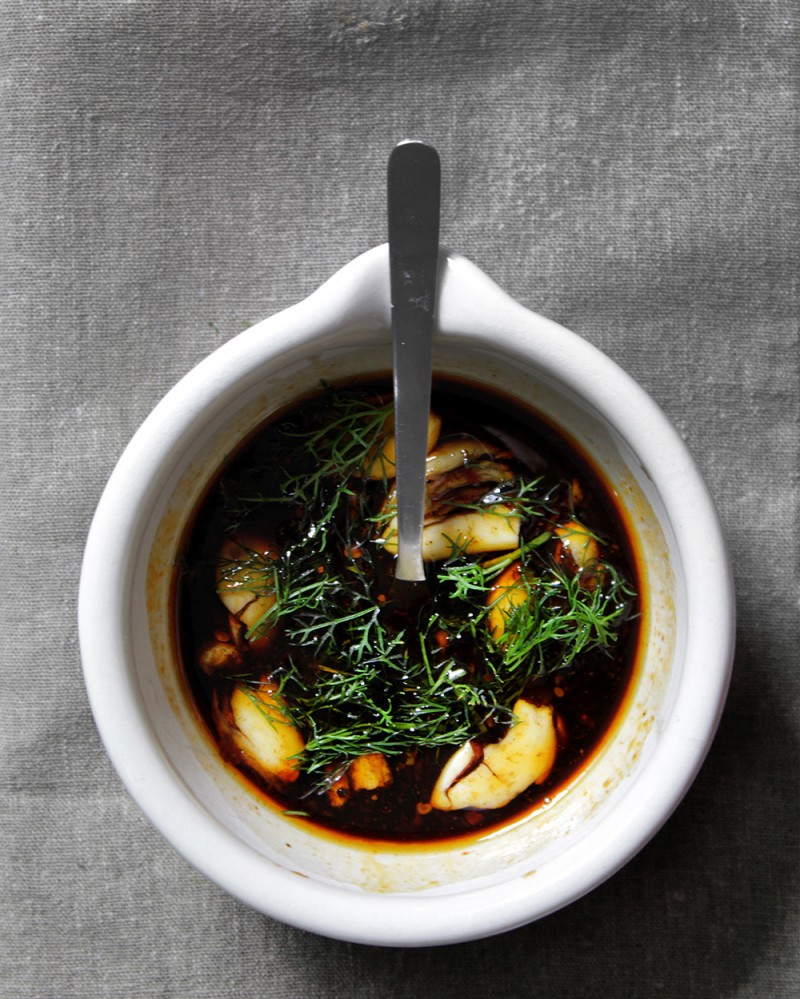 The contest was your best fennel recipe. Honestly, I didn’t have the best fennel recipe. I just had one fennel recipe. Fennel isn’t a familiar vegetable in my cooking repertoire but I want to start usig it more. I’ve heard from a friend who takes a fennel supplement that it is full of nutrients and benefits like relieving menstral cramps. I will need to start looking for more recipes because right now I know of only one way that takes it to the yummy town, that is using the fronds to infuse the filling in Chinese dumplings. But why use only one form of fennel if I have many, and why settle for dumplings when potstickers are still alive? So it only took two tests in the kitchen to make way for this double fennel potstickers, with a bottom crust so crispy you could hear it crack and a filling so juicy it squirts when you bite (consider yourself warned). Ok, Maybe I could picture a judge arguing that fennel isn’t the sole star of the show which is exactly when I would like another judge to utterly disagree… Don’t you love it when they fight. So, yes. A losing contender in an unappreciative crowd but I promise it will make you a winner in your own kitchen. 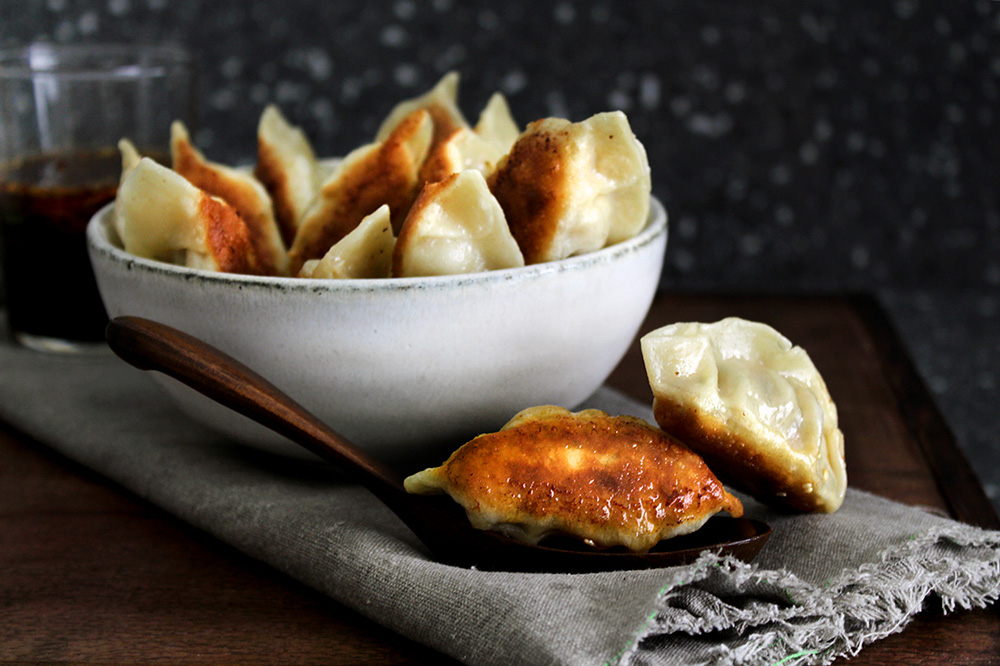 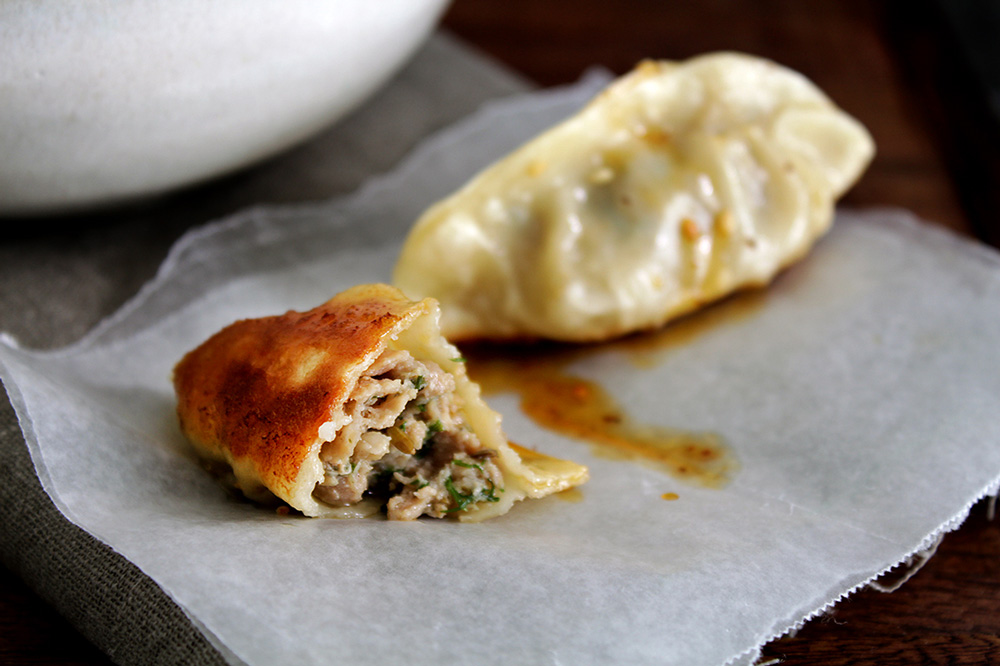 Toast the fennel seeds in a pan until slightly fragrant. Mix all the ingredients under “dumpling” together (except for the dumpling wrapper). Do not over-work the meat. Mix it JUST until the ingredients come together. Over-mixing will develop gluten in the meat and when you bite into the dumpling, the filling would “fall out” as one small meatball which I consider to be one of the biggest No-No when it comes to dumplings.

Generously flour the working surface. Take a dumpling wrapper and place approx 1 tbsp of filling in the middle. Dab a little water on the edge and close the dumpling up. It doesn’t have to be perfect but you do have to make sure you don’t puncture the wrapper. Repeat until all the filling is used up. Generously dust flours all over the dumpling. Do not be afraid to flour them because the flour will create the “crust” on the bottom when it’s cooked. You can place them on a plate to freeze them (transfer to a zip-lock bag once they have harden) until needed.

To make the dipping sauce, heat the sesame oil, ground fennel and chili flake in a small sauce pan until it starts to sizzle. Remove from the heat and add the garlic, soy sauce, dark vinegar and white vinegar. Stir and set aside.

Heat 2 tbsp of oil in a NON STICK pan over medium heat. Arrange the dumplings on the pan (straight out of the freezer is fine) but make sure they don’t touch each other, otherwise they will stick and break open when you try to remove them and all the juice would be lost. Pan fry them for 1 minute then add 3 tbsp of water (for approx 20 dumplings) into the pan and close the lid. Keep on medium heat and let the dumping steam inside the pan until ALL THE WATER has evaporated. Remove the lid and check if a crust has form on the bottom of the dumpling. If not, keep pan frying them for another minute until the bottom is golden brown. Remove them one by one from the pan and serve with the dipping sauce. 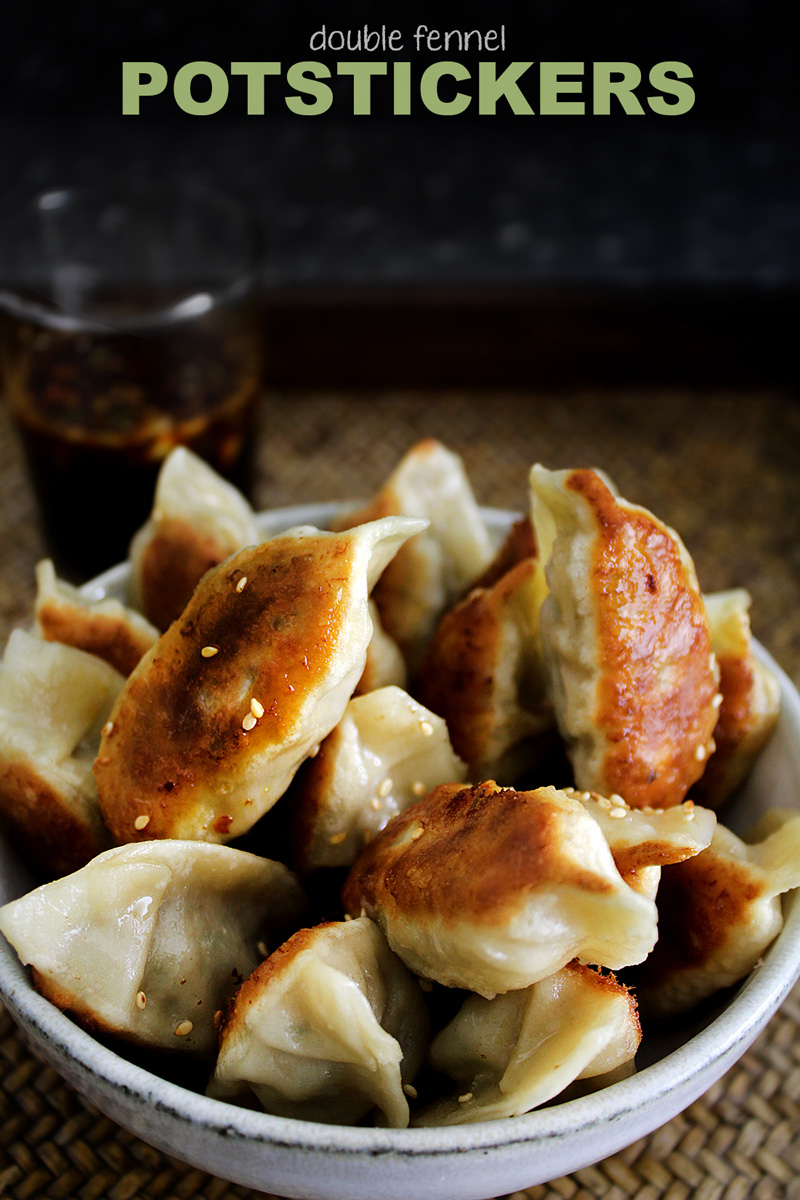