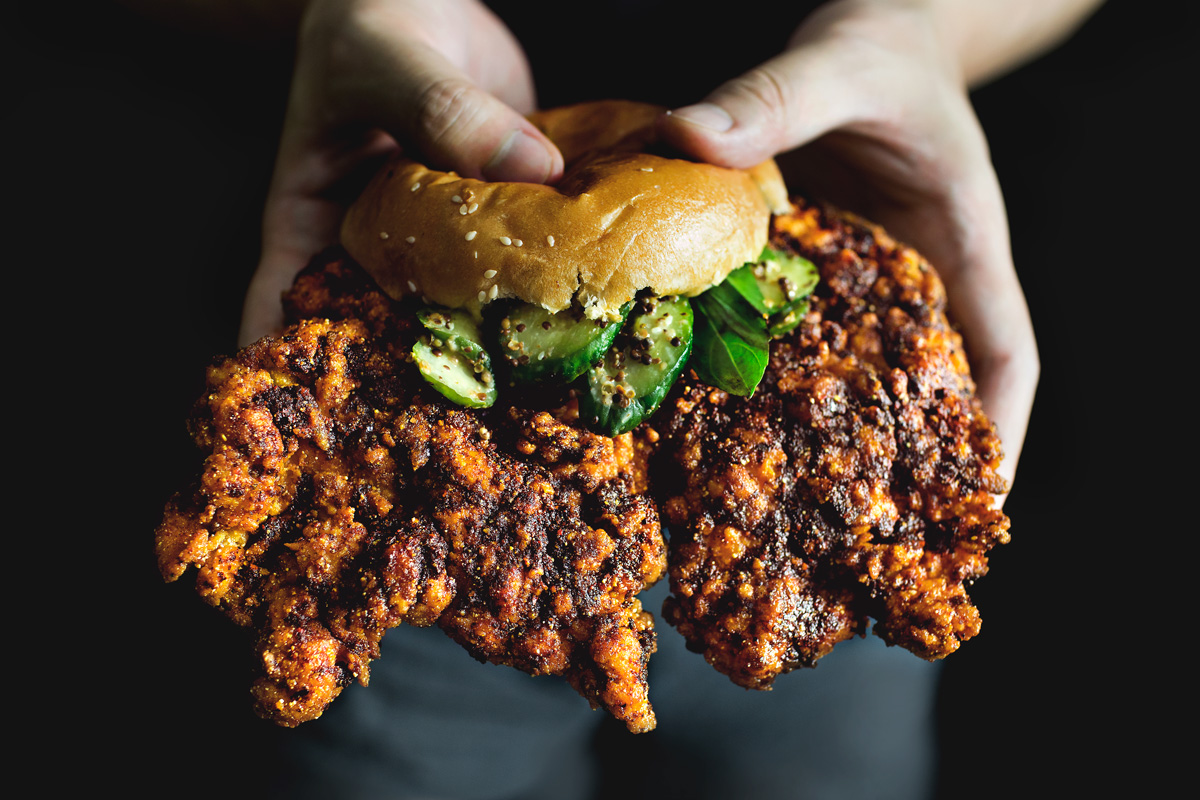 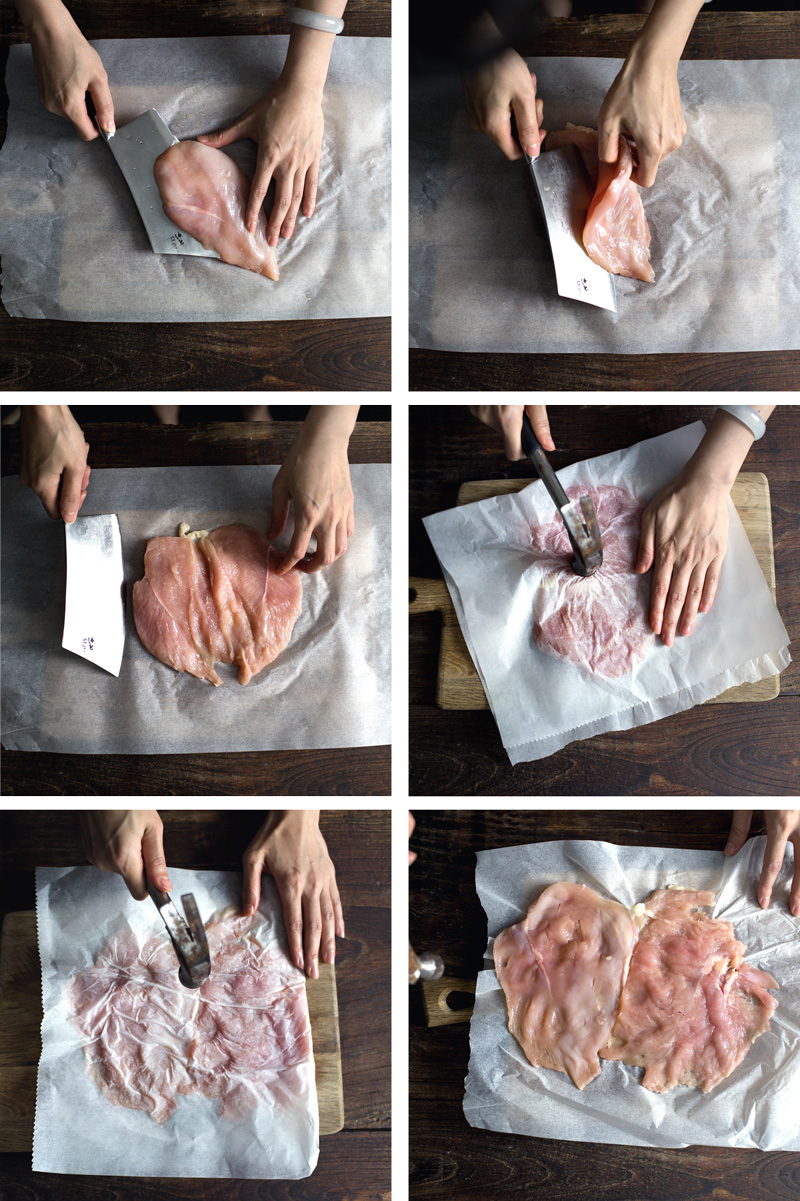 Today is the 4th day, the longest duration since 2002, the year I moved to New York, that I’ve ever gone without ingesting a drop of coffee.  Not a drop.

Because on September 6th 2015, an otherwise wonderfully uneventful morning, my coffee-stash abruptly ran out on me without a warning as if it was premeditated, leaving me in a cold-turkey caffeine withdrawal that I’m frankly too sleepy to wrestle.  Right of course, I don’t live in a no-man’s land.  There’s a convenience store downstair just 3 minutes of walking from where my ass sits, ready to supply me lacking but coffee-like substances that will ease the cold sweats and wobbling mind.  But more to my own surprise than anything else, I didn’t go.  In the passing 96 hours of brain-paralysis, waiting for my online coffee shipment which hasn’t came yet, I just stayed inside my bunker chewing and spitting out green tea-leaves, mainly trying to open my eyes without much success.  Shit, I can’t even open them now.  Did you know you can type with your eyes closed?  Uh Whast was thsr?

This episode told me something about myself.  You know I would never sell my sloth short of its worth, God bless its noble soul, but apparently I have underestimated it all this time.  Apparently, I’m even lazier than the human instinct to stay lucid.  Su[er HumN, RElly. 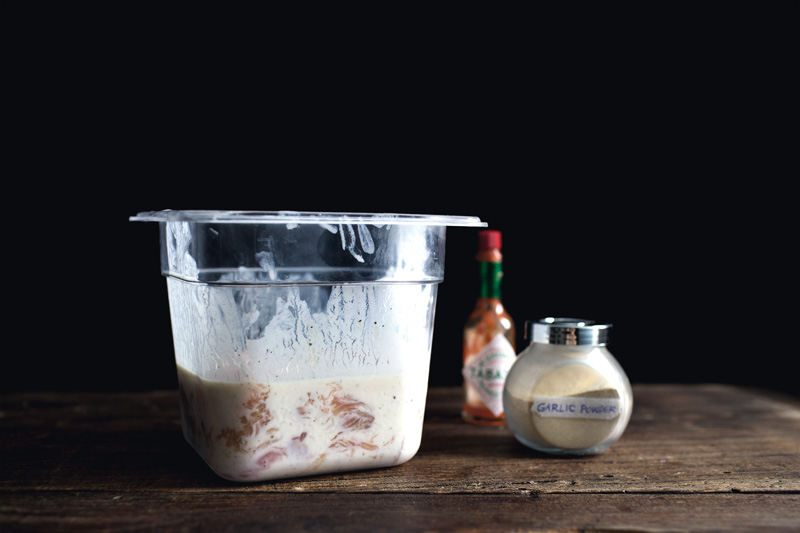 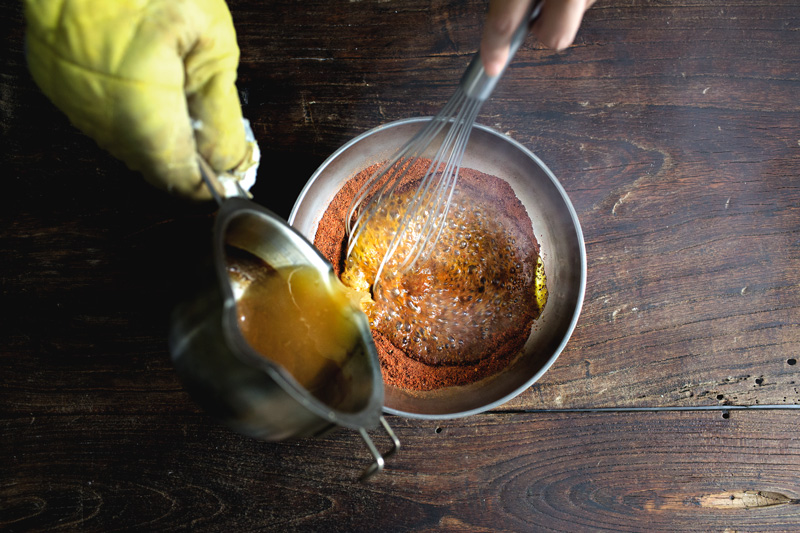 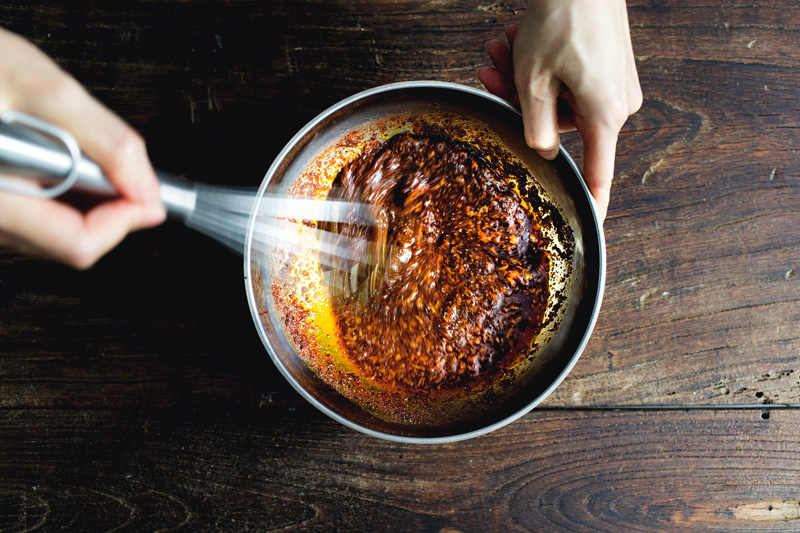 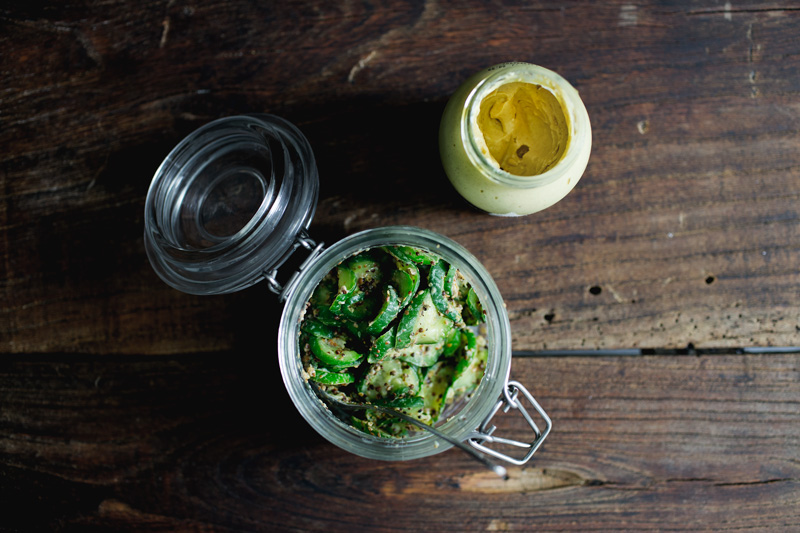 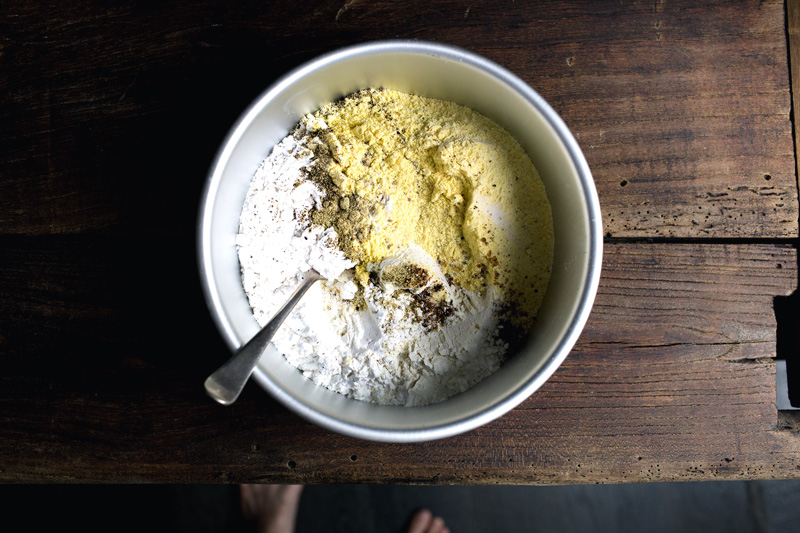 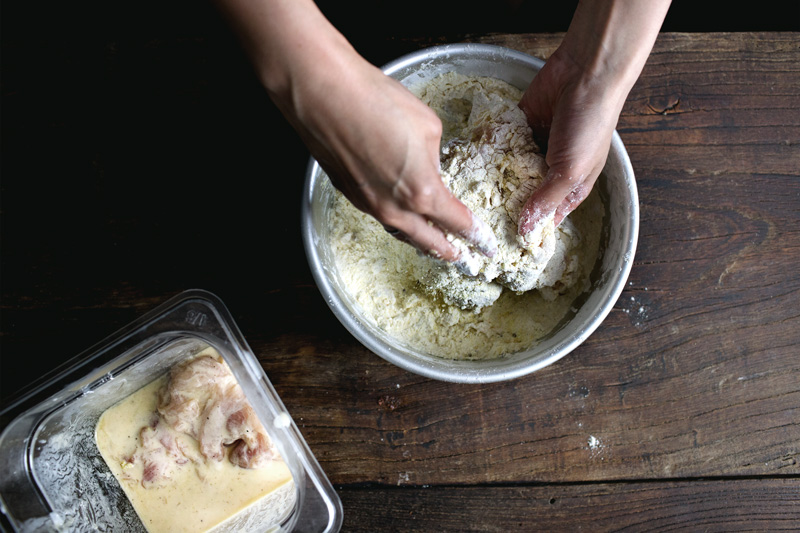 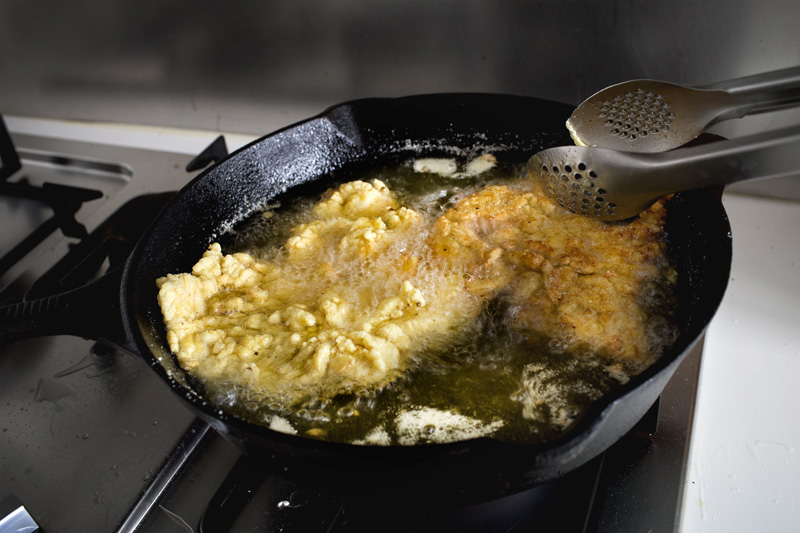 But today, I’m not talking about my own virtue.  Nor am I talking about (and let’s not mention “the C word” which will trigger wild palpitation) the “thing” that I ingest everyday.  Or, as a matter of fact, ever.  Right, today we’re talking about something, two things actually, that I have never eaten before.  The Taiwanese street-food chicken cutlet, and the Nashville’s hot chickens.  And how I found them unappealing separately, but ever-more sensible in conjunction.

No matter which one you hear more of, you should know that as far as fried chicken goes, the iconic status of these two Kings in their own domains are, without a doubt, equally so.  Like distant but aware rivalries standing on top of their faraway peaks, staring each other down… or making eye contact-sex (sans-caffeine guys, sans-caffeine).  But I’m going to start with what I’m more familiar with, the Taiwanese street-food chicken cutlets that roams virtually in every night markets and beyond.  Familiar, yes, but intimate, no.  After all, I’ve never actually tried one…  Now, please note that it took considerable courage as a Taiwanese to say what I just said, for it is no less intense than for a New Yorker to say that he/she’s never had a bagel.  It’s practically comedy.  But the reasons why I’ve never tried it, I shall defend if I may, stand soundly on a very reasonable ground, that A) It’s made of chicken breasts.  Chicken breasts!  And B) It’s named weird.  Right, let’s just say that I could overlook the cardboard-nature of chicken breast since it is transformed, in this case, through brining and hot grease… let’s just say, I still don’t find it particularly salivating when something’s named in the same pronunciation as, Dick So Big.  Yah, the stall that made this crispy deep-fried chicken cutlet famous for its enormity, is called “Hao Da (homophone to so big) Ji Pai (homophone to dick in Taiwanese dialogue)”.  Maybe they found it funny, but at every encounter when I asked myself, do I feel like having a dick so big?  The appetite fell curiously short.  And then of course, also, it’s chicken breast.

Now, on the other hand, Nashville’s hot chickens.  Well, A) I’ve never been to Nashville.  And B) I’ve never been to Nashville.  I don’t doubt for a second that if given the chances, I would gladly power through this absurdity of greasy fried chickens – as if not enough – further coated in more hot calories (if you haven’t heard, it’s fried chickens brushed with cayenne-spiced oil).  After all, the curious cases of this, this and this, doesn’t necessarily help my argument in a non fat-binding agreement… but that doesn’t mean that I don’t find it slightly excessive.  The chicken drumsticks… the fatty thighs… the chicken skins with all that saturated hostility… the… hummm?  Wait.  I can’t remember my own face in the past few days but, did somebody mention earlier… lean-y chicken breasts?

Do you hear that, too? If there’s anything in this world abundant with chicken legs and all their juiciness, that could motivate me to try their pale and lifeless alternative, the breasts, it is the assurance that I get to smother them, as a kinky punishment really, in a spicy and oily paste booming with powered chilis and garlic powder.  Now this makes sense, but of course I’ve made my own adjustments even to that.  I found most of the recipes online… well, evasive.  I don’t think they’ve at all came truly forward with their “secret recipes”, because they didn’t at all taste “secretive” to me.  Often bland, monotoned and… unexciting.  So I boosted the paste with more throat-warming white pepper, a tip-of-the-hat to Taiwanese chicken cutlets (fine, call it dicks so big, whatever), a pinch of curry powder and a final butt-slapping grated garlic and a few drops of vinegar, and I let it get real happy with itself for a few hours before using.  Crunchy, greasy, scorching with hint of balancing sweetness, it’s truly now a bona-fide… hot dicks so big.  With the tang of the mustardy pickled cucumber and lightly mayo-ed, squishy buns, nearly made me forget to snarl at the tenderised…  Hmm!!!!  Who’s that at the door!?

OK shut up, my coffee is here. 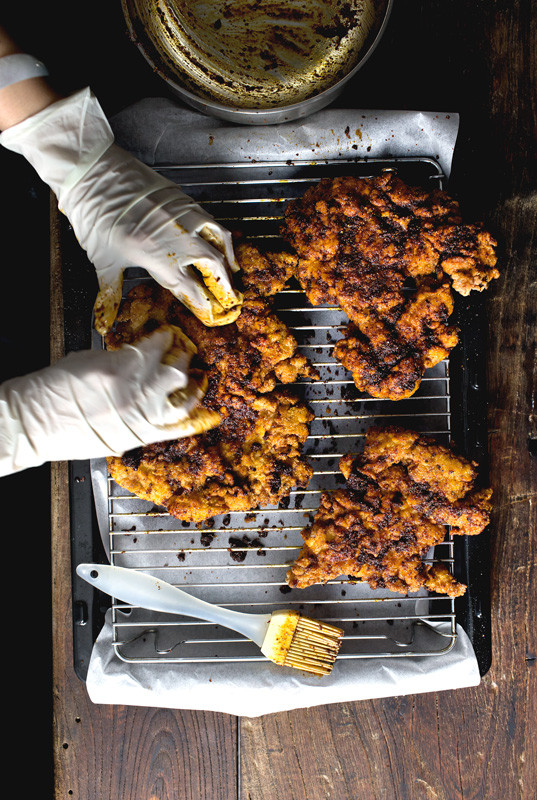 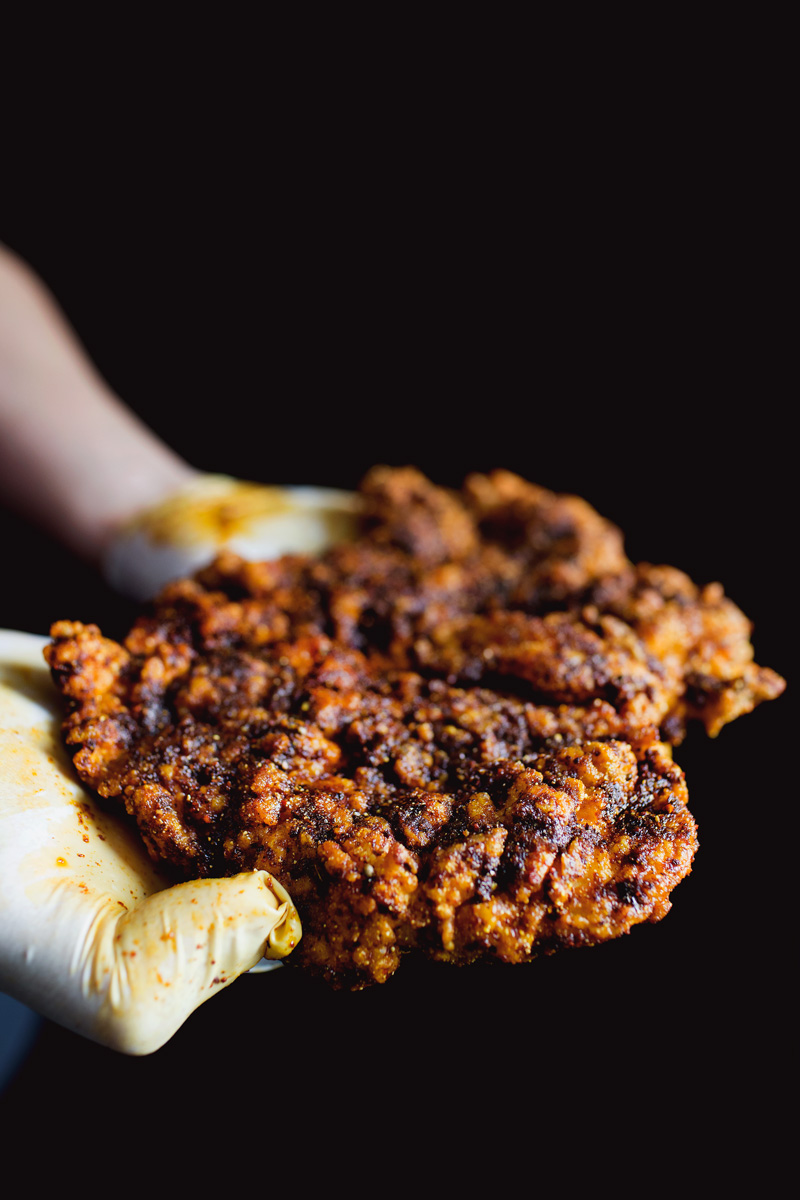 Other hot thicken recipes usually tell you to use the frying oil after the chickens have been fried, to make the hot paste. But the paste needs time to sit and develop flavour (makes a big difference), so I urge you to make it a couple hours (or the day) before frying the chickens. 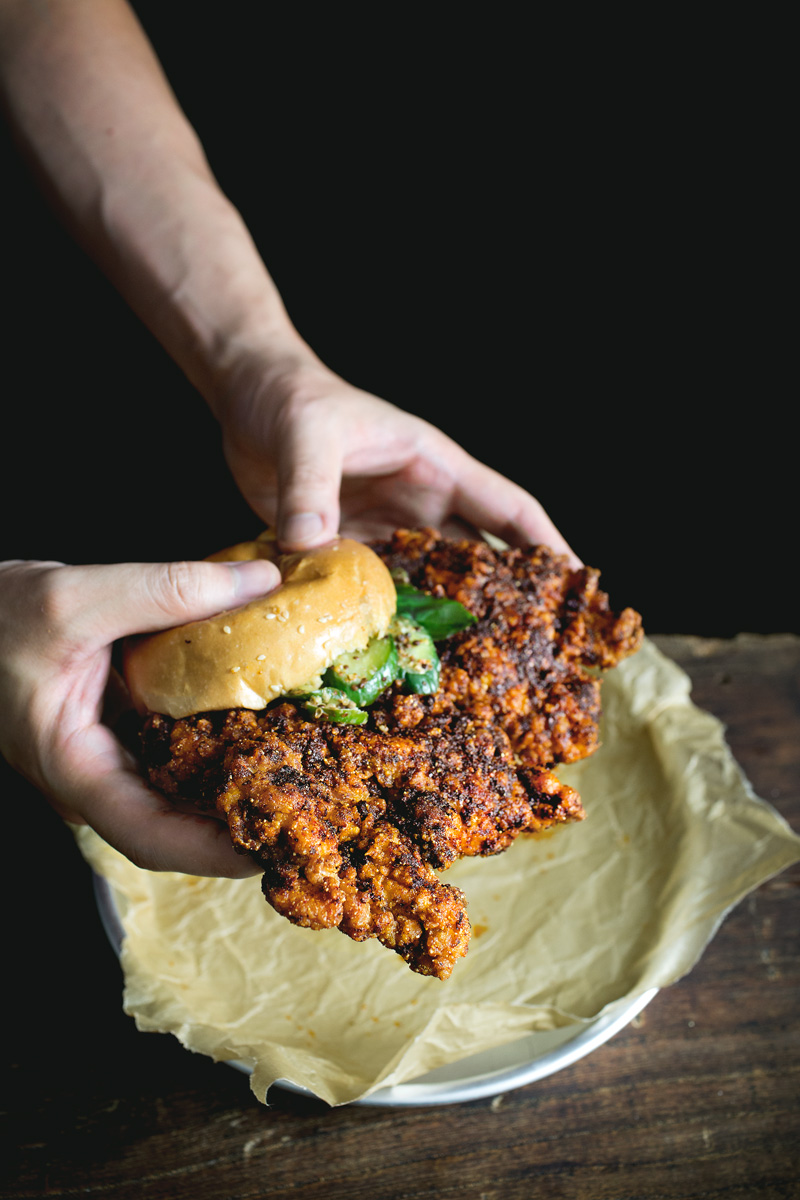 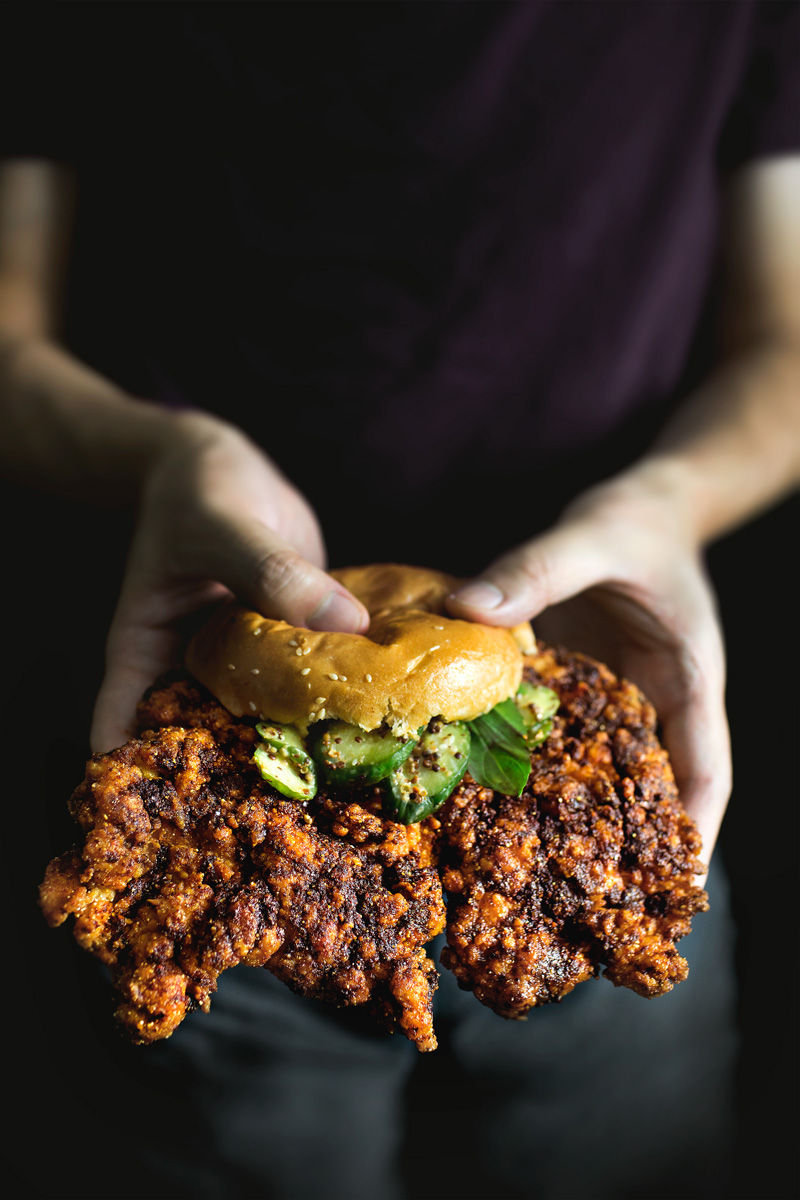