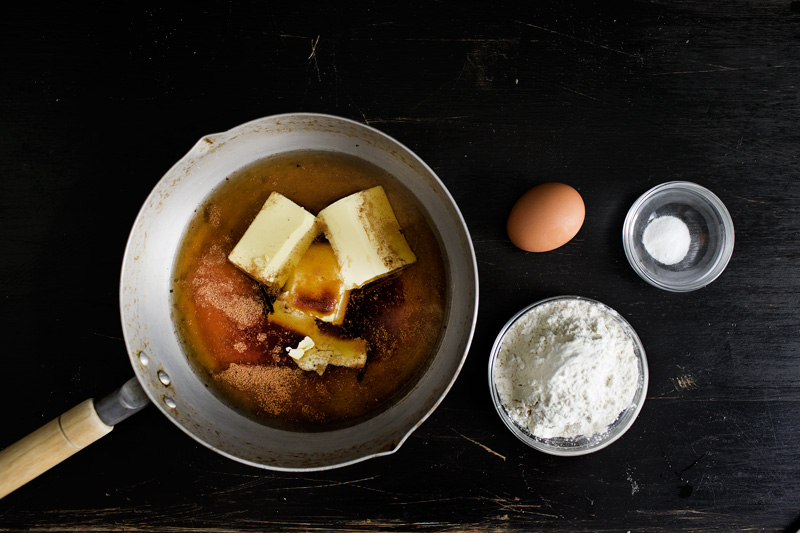 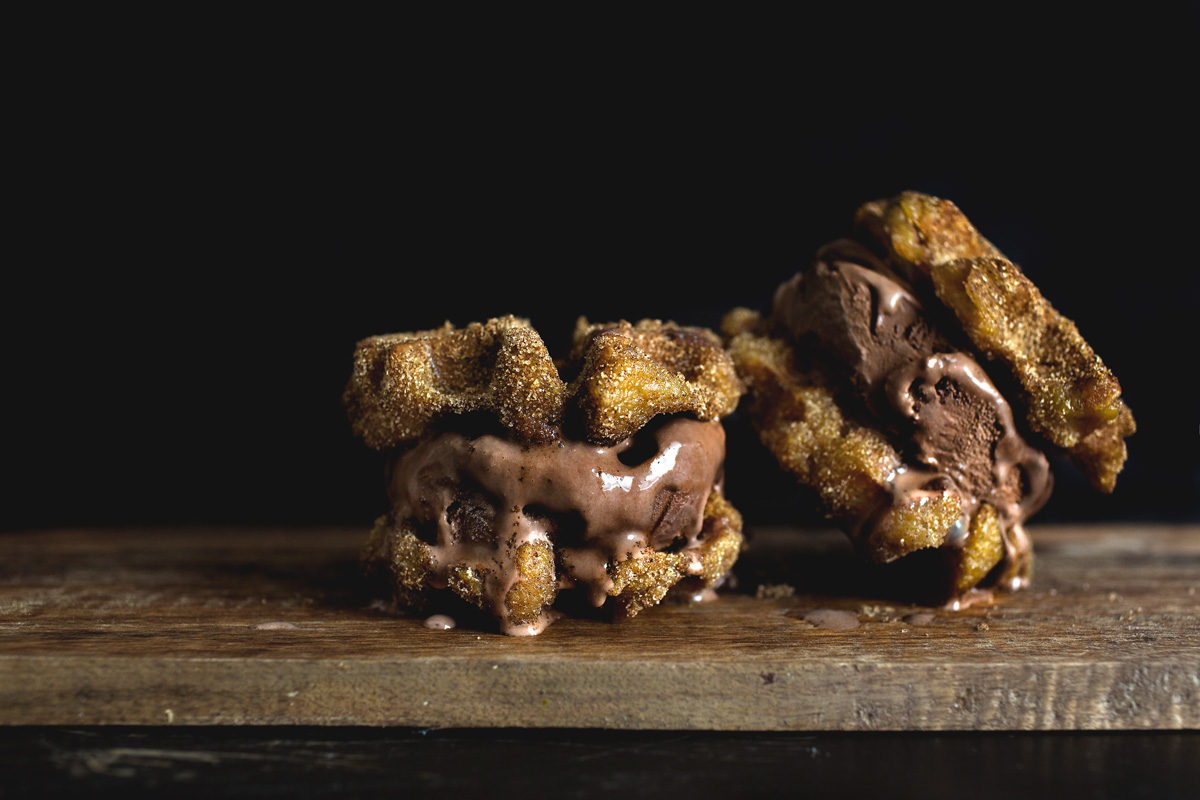 Gotta run today!  Leaving you quickly with yet another inbred waffle abomination.  Churros + waffles = churroffles.  Yes, apparently, churro waffles, too.  A clear proof that I spotted on Instagram, from Monochrome Bistro in Singapore, where they serve it with what looks like a huge scoop of cookies’n cream ice cream.  But you know, call me romantic.  I’d like to think that even after being barbarically deformed in between the burning metal teeth of a waffle griddle, that even when its own mother couldn’t recognise him anymore, that even when his previously tall and slender physique now seem like the mirage from another life… that deep down, churro still wants chocolate.  And chocolate still wants churro too, stubby and crooked as he is.  It’s true love.

So here it is.  Churroffles tumbled in light brown sugar spiced with cinnamon, allspice and nutmeg, then go on to hug his soulmate, deep dark chocolate ice cream in a summer reunion.  Love is in the air.  Can you feel it? 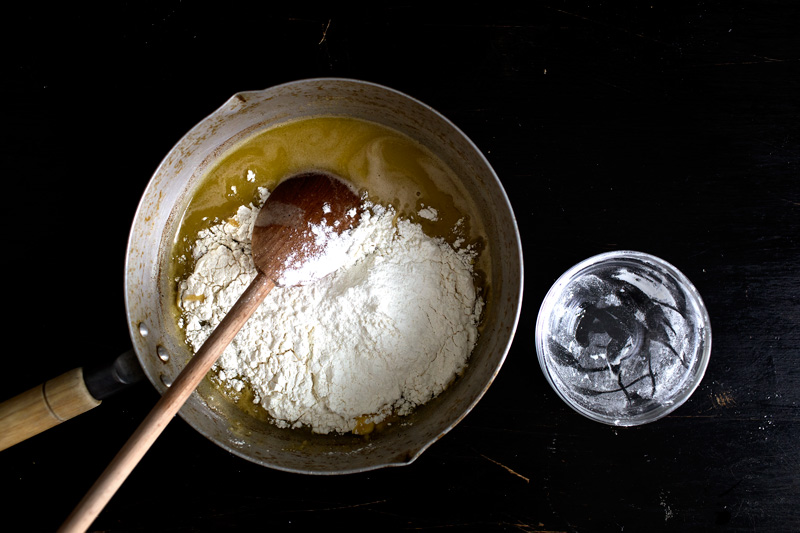 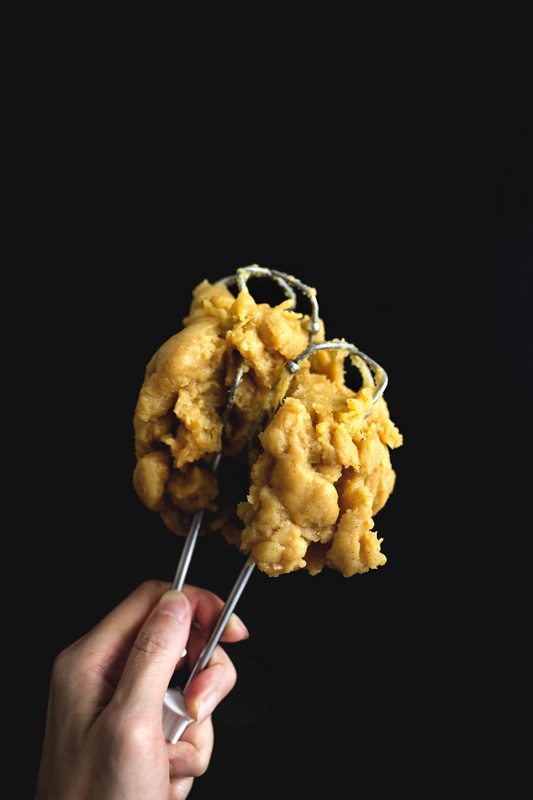 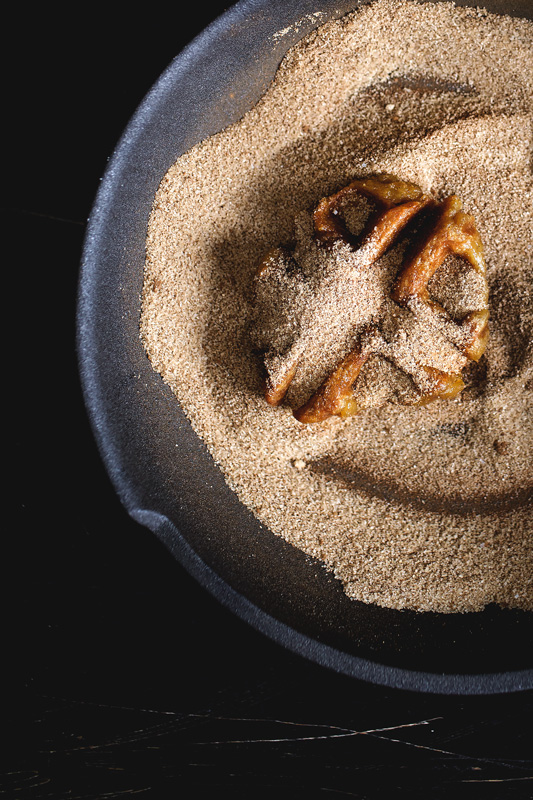 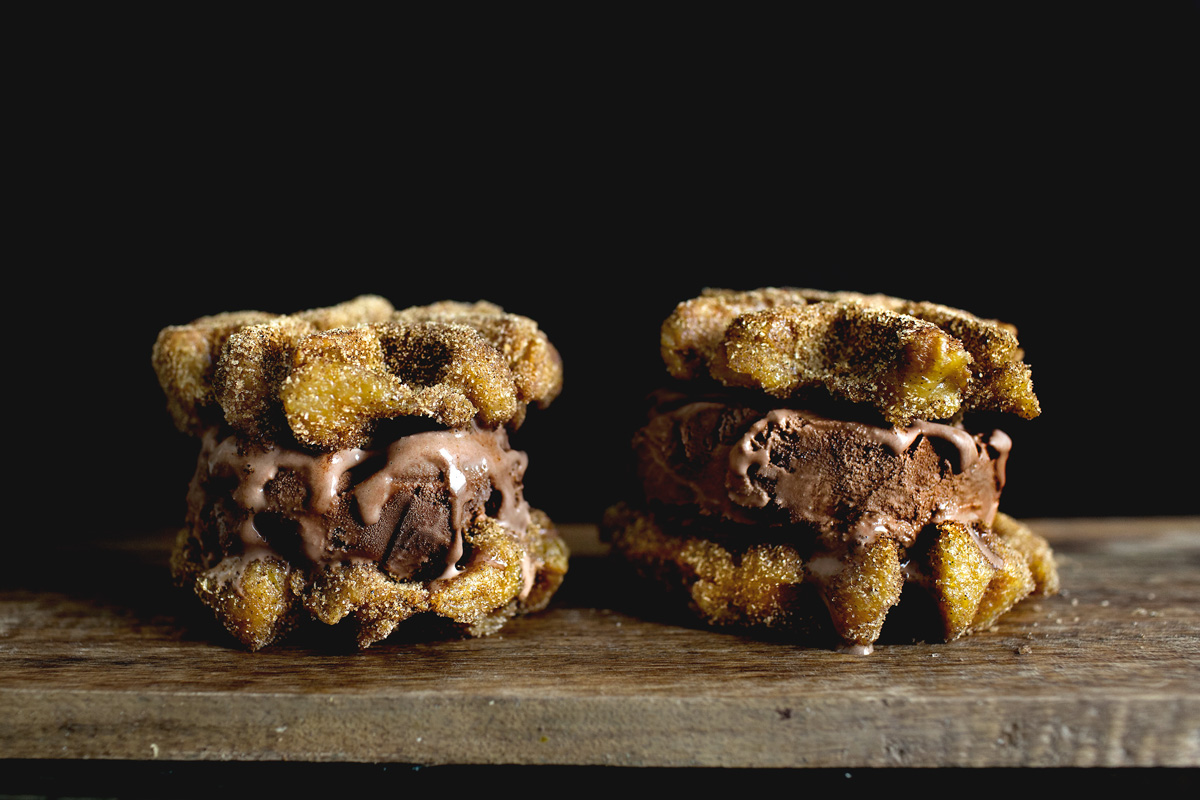 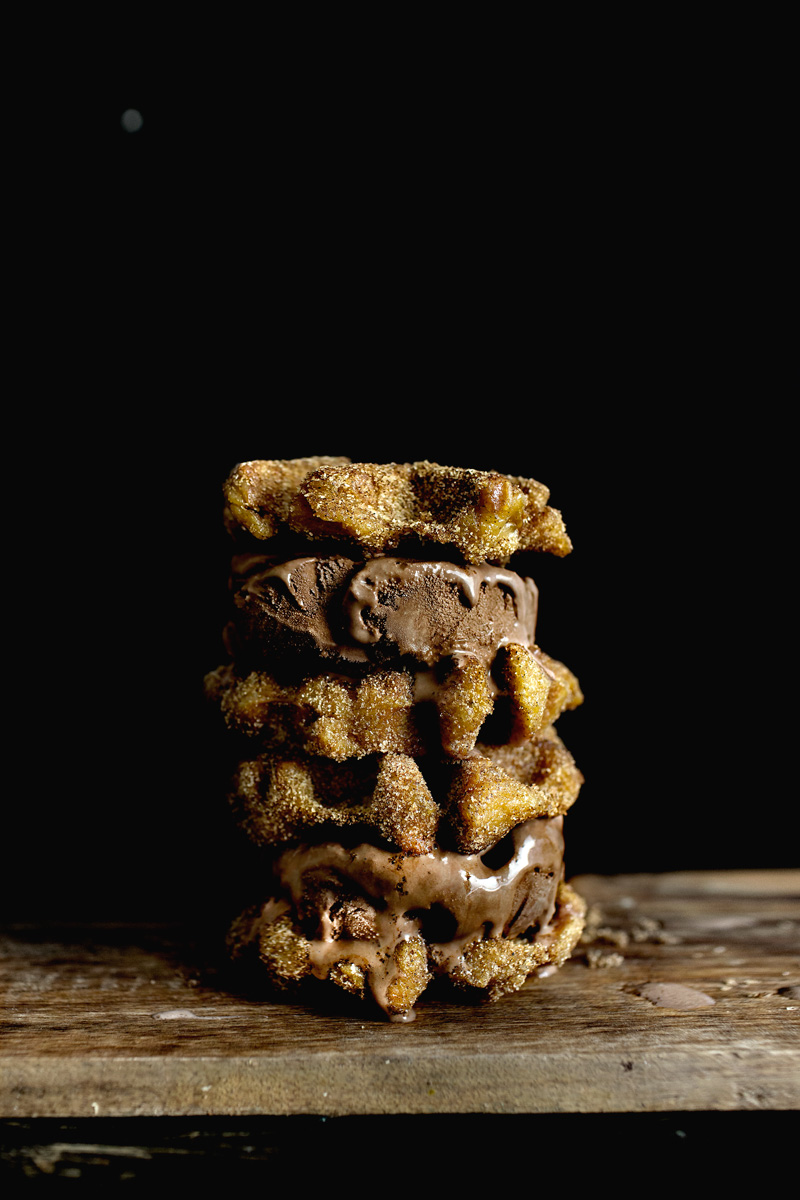 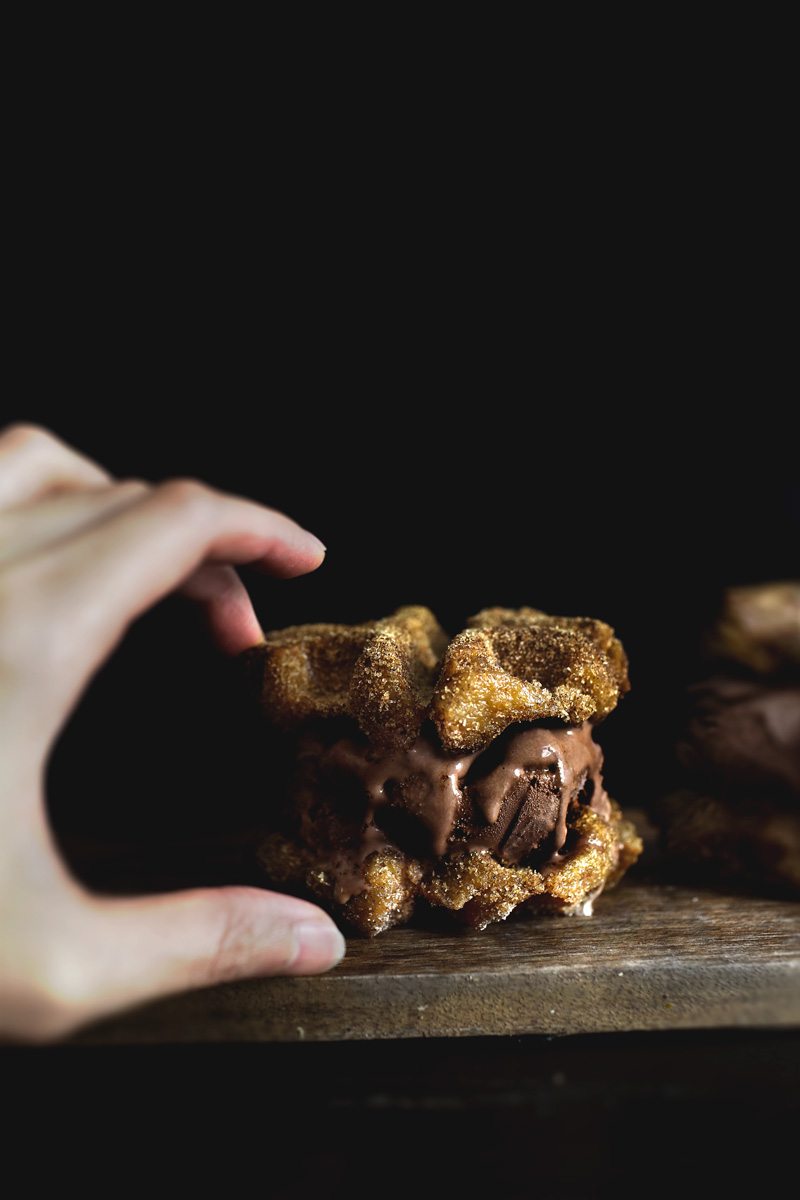 The churro dough is adapted from Saveur

Because of the cooking method, the extra baking soda will help lift the dough and give the churroffles more air-bubbles in the centre. 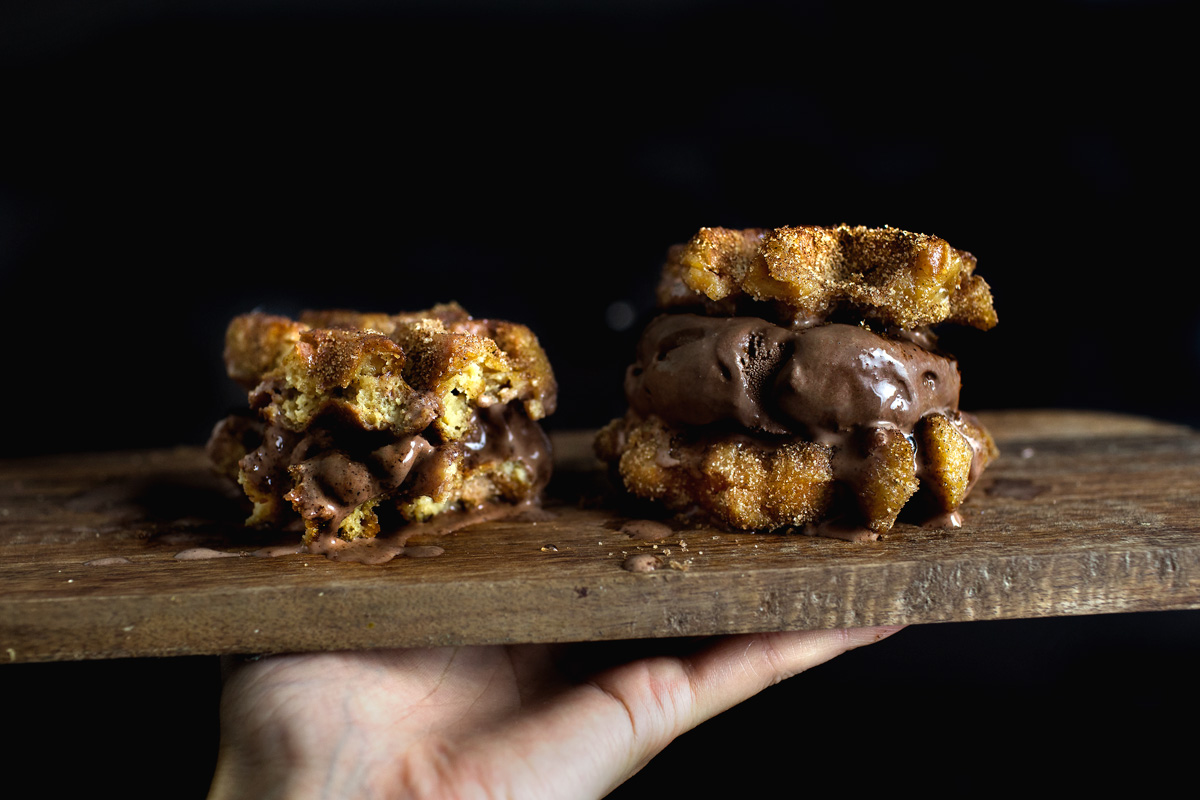