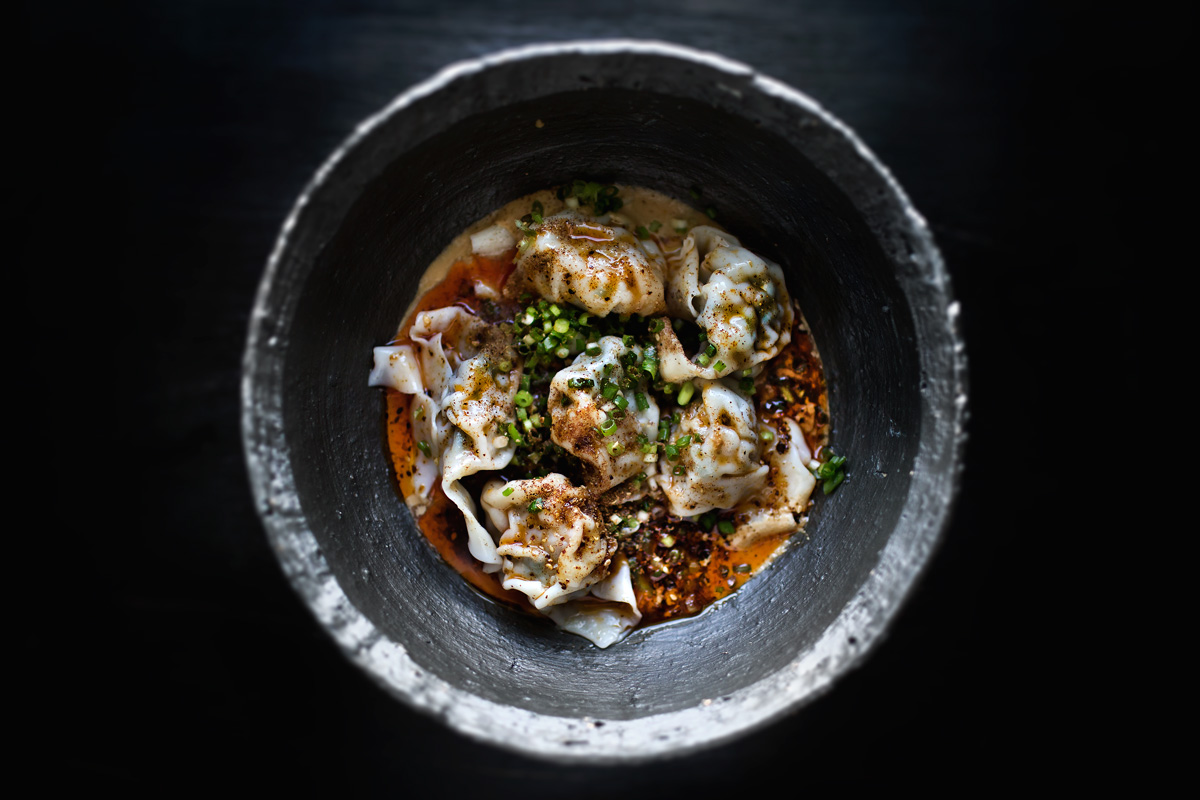 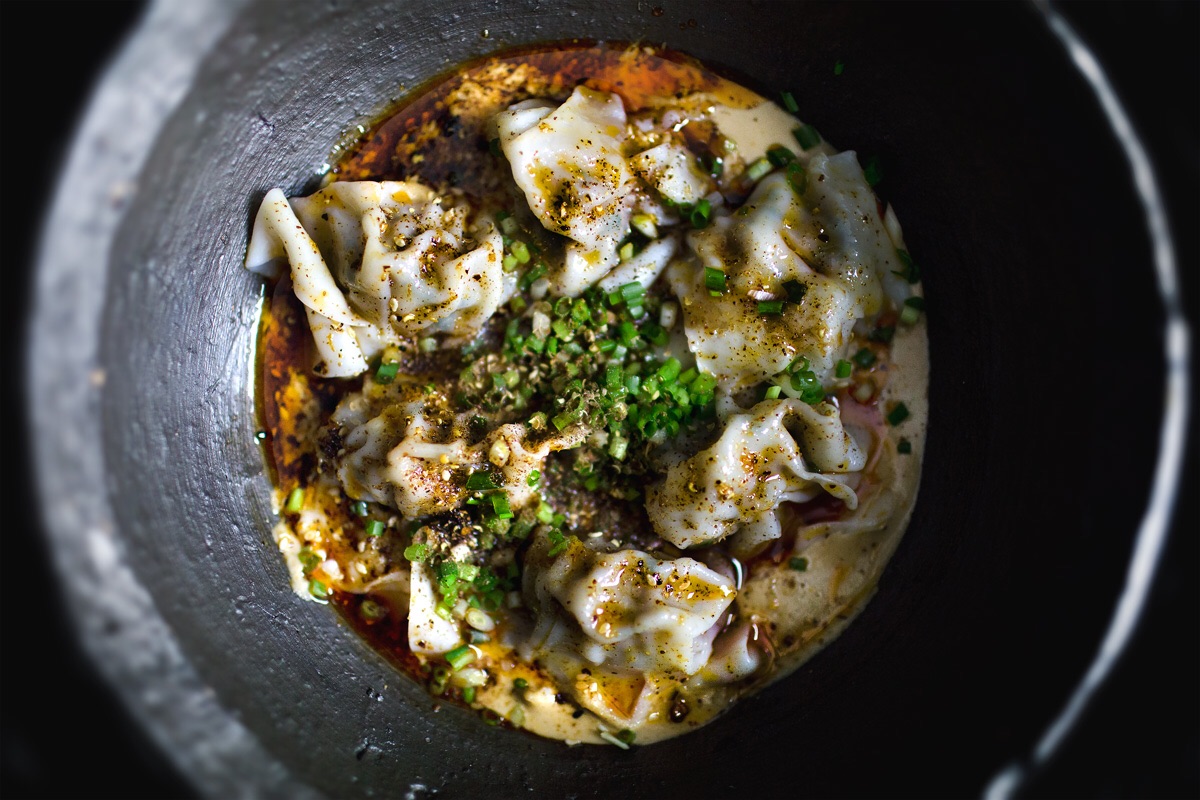 YOUR ULTIMATE REVENGE TOWARDS THE COMING ASS-BINDING HEATWAVES

It might say something about me, perhaps not in the most positive light, whenever I fell for a Chinese dish-inspiration from half way around the world while living right inside the epicenter of it all, where the “real things” are or so they say.  What kind of a food-blogger, who eats and breathes right off of the ground-zero of a very old, very diverse and rapidly morphing food-culture often generalized as “Chinese foods”, would cook you a Chinese dish that comes from an Instagram of a New Yorker who took it at a restaurant that are, out of all places, in Brooklyn. Lazy?  Perhaps.  Utter dumb luck?  That’s for sure.  Because you see, without this inconvenient loop around the globe it has traveled, the inspiration for this down-home Shanghainese summer snack, in one form or another, would have otherwise never found its way to melt in my warm embrace.  And this is, I guess especially for those who have experienced living abroad, a perfectly explainable social phenomenon.

Thing is, I believe across all cultures, that the restaurants indigenous to where they are located, often times with great effort, focus on serving what they perceive as “restaurant-style/worthy” dishes only.  It is a limiting but reasonable box that excludes the slightly less glamorous, homemade gems that are more commonly celebrated within the contentment of one’s own home.  It really isn’t hard to understand why.  Just imagine, that it would also seem odd, if not lazy, to see PB&J on the menu of a respectable American restaurant sitting in the heart of Manhattan, no?  However, when the citizens of such comfort are residing in a foreign land, say, a Shanghainese in Brooklyn, and decided to open a restaurant to selfishly serve his/her personal home-sickness, then guess what, dishes like these start to pop up.  And my friends, dishes like these, are always my favourite kind to eat.  Take this for example, M Shanghai’s wontons in spicy peanut sauce.   Something that I would have taken gladly from its bare and natural implications – burning hot pork wontons slurped cautiously from an even more inflammable pool of peanut sauce and chili oil – let alone after the discovery of its true, counterintuitive ingenuity over a much needed research.  It turns out (whether or not this is how it’s served in Brooklyn) that this fabulous summer-snack regrettably overlooked in most-if-not-all Shanghai restaurants in Beijing, is actually… eaten cold. 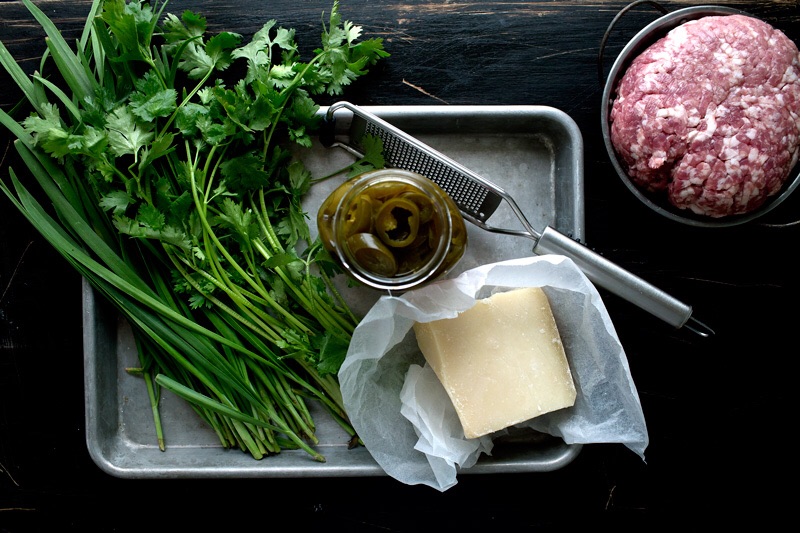 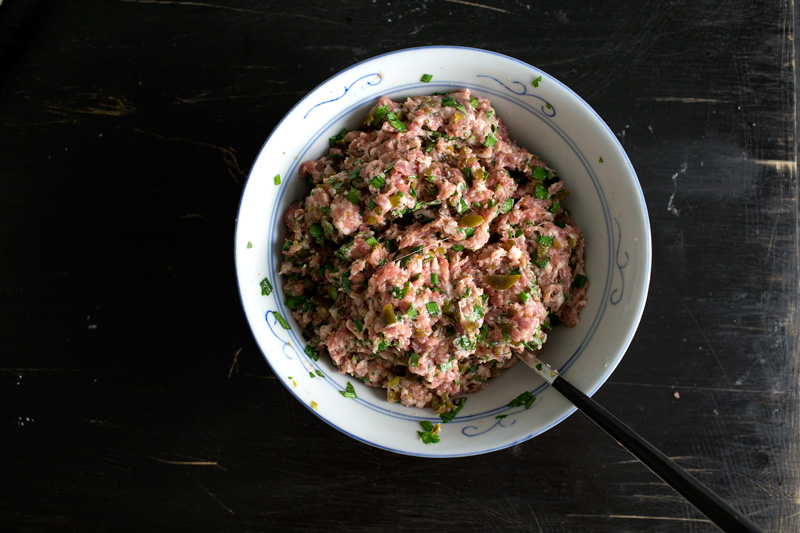 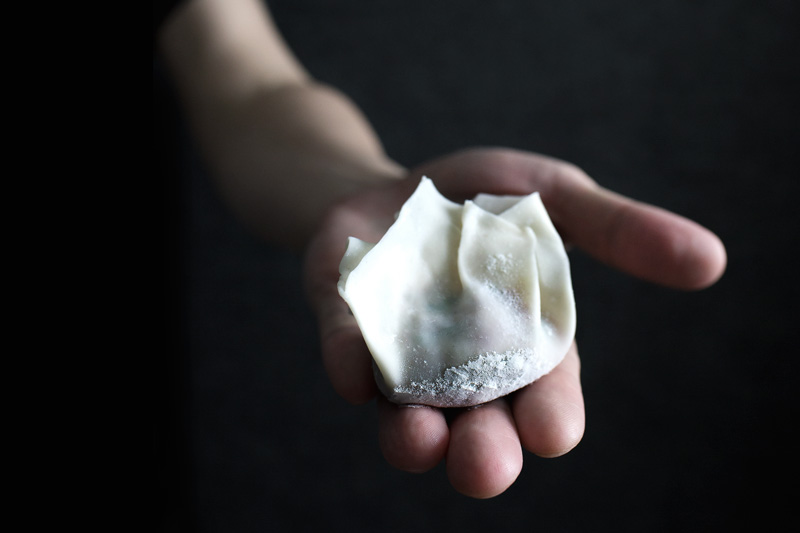 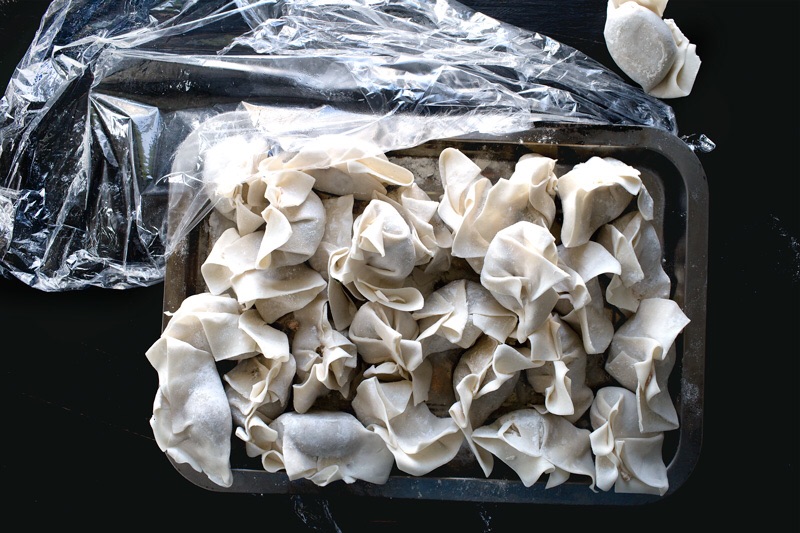 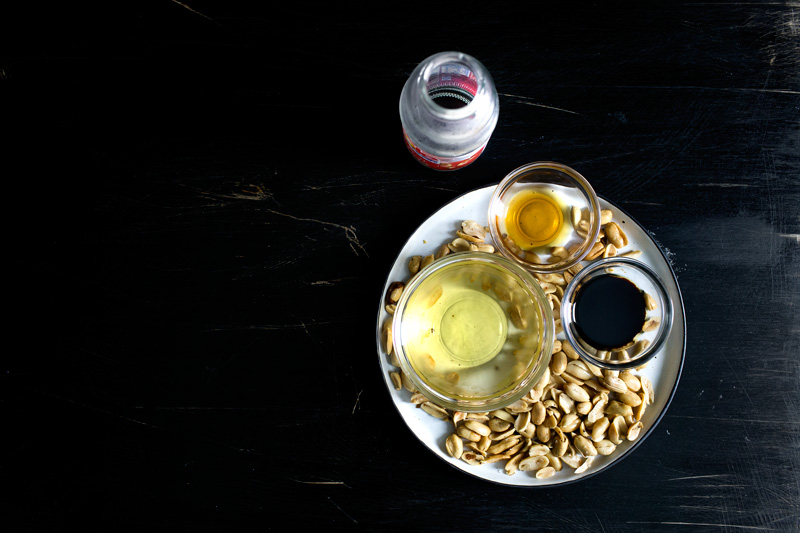 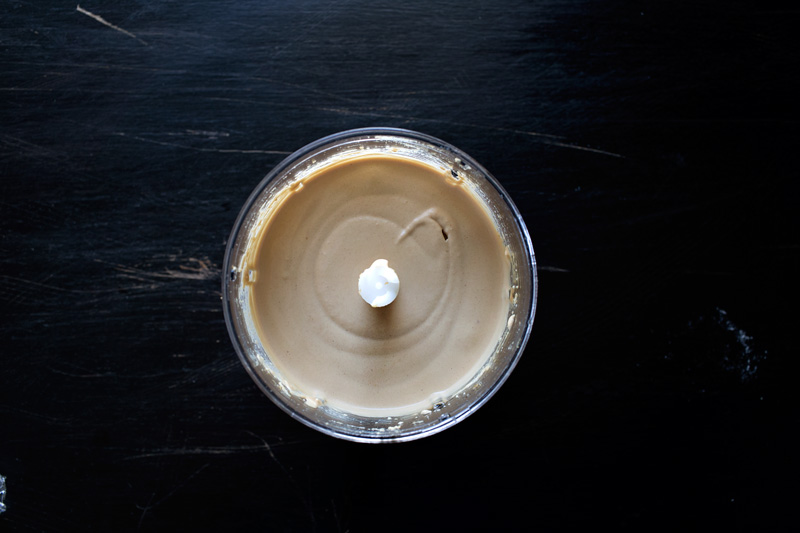 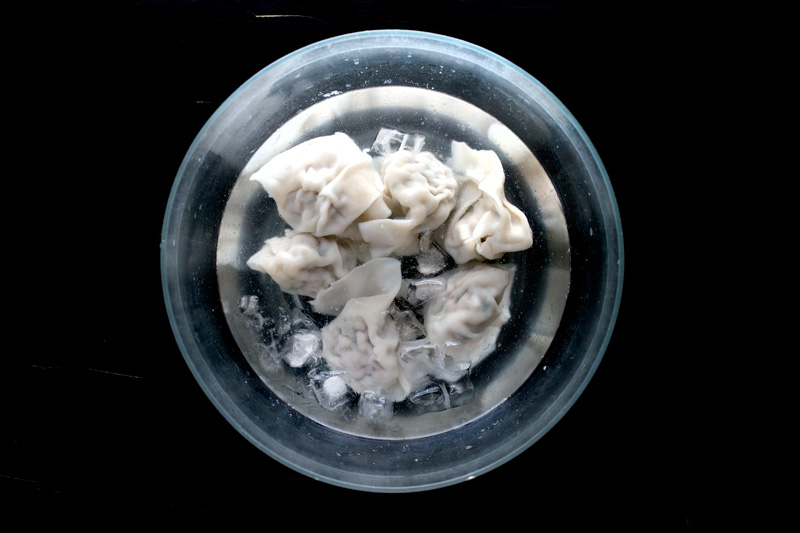 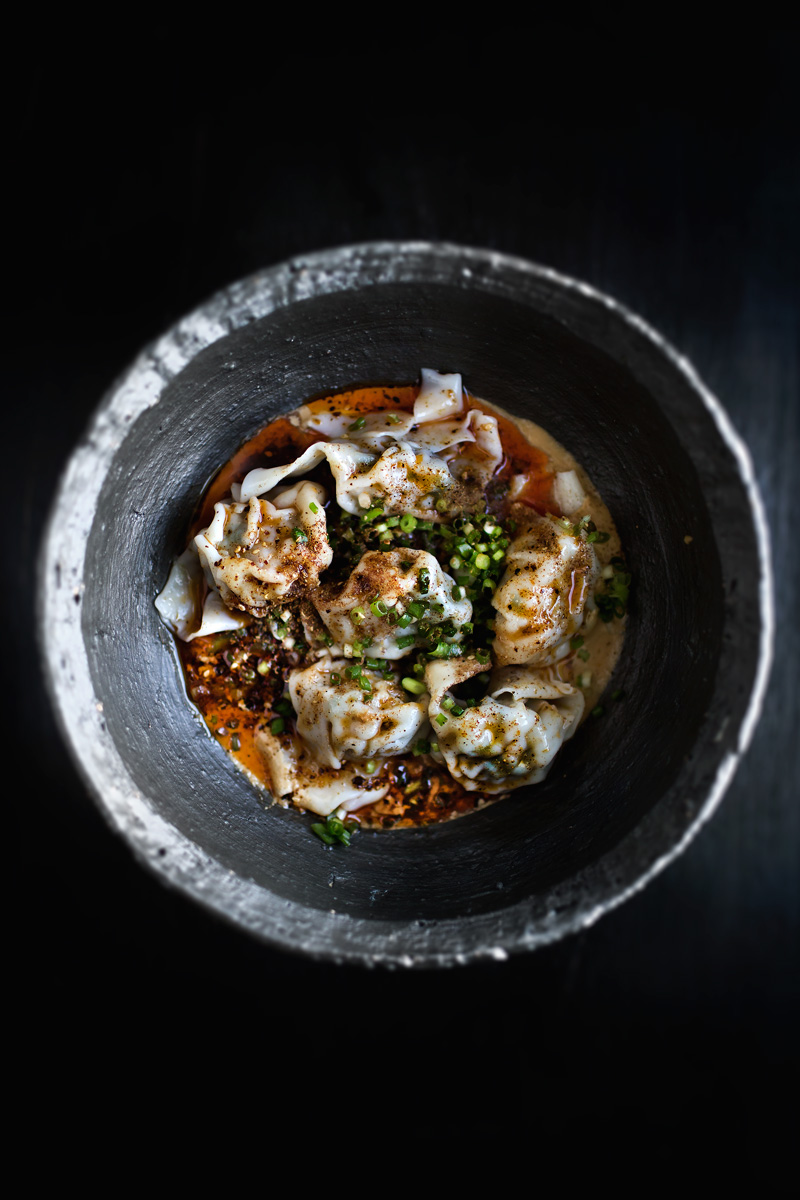 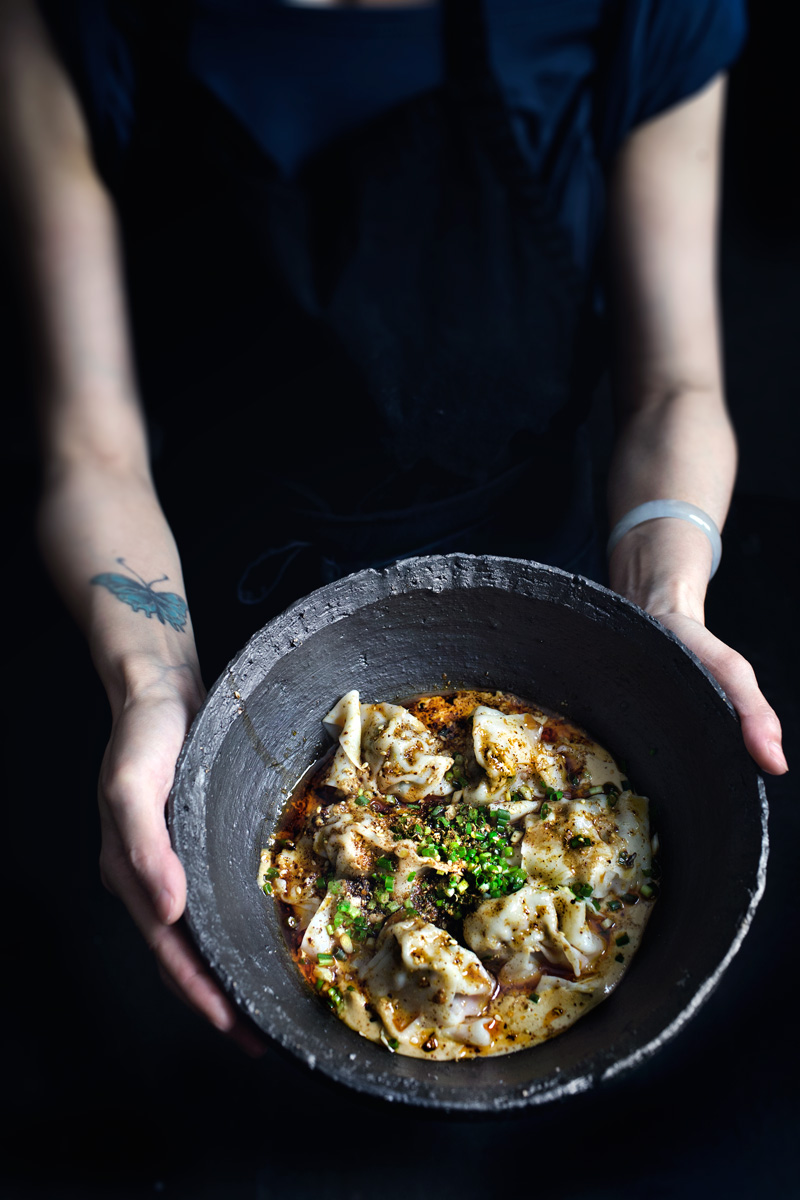 Yes!  Cold wontons.  I mean, come’on, that’s fucking , I mean, cool!  What kind of a food-sharer would I be, in particular at this timely juncture of late May, if I didn’t immediately pounce on this brilliance like Scarlett on Hulk, and send you an exhilarating cool wave of M(y) Shanghai’s cold wontons in spicy peanut sauce?

Designed specifically to lower your smoldering summer body-temperature by the cold firmness of ice-shocked pork wontons seasoned with pickled jalepeno, with a savoury and mildly apple-juice-sweetened peanut sauce in the perfect consistency of chilled gazpacho, then last but not least, plus the sweat gland-stimulating burns of my best, nuclear-active chili oil.  The velvety coolness of the wonton wrappers brushes through your tongue as pleasantly as a cold sheet against your warm skin, then blazing through the first impact, is the creamy and nutty burn that broadcasts its summer-beating intention right through your skulls.  It’s not food-myth.  It’s biology.  Highlighted with the sweet tang from aged balsamic vinegar, and tingling numbs from ground sichuan peppercorn, it’s scientifically sound to say that this dish will be your ultimate revenge towards the coming ass-binding heatwaves – a refreshingly pleasurable pain, best served cold.

UPDATE 2015/06/15:  You can also make the sauce with Skippy smooth peanut butter.  Whisk about 200 grams of smooth peanut butter with 2~3 tbsp of soy sauce, grated garlic, 1 tbsp toasted sesame oil, and enough water to blend into a loose mayonnaise consistency.

Shanghai wontons, relatively to other varieties, are extra plump and over-stuffed almost like a dumpling, with fillings that are generally 1/2 pork and 1/2 minced bok choy.  I’m not a huge fan of bok choy, so I used a more pungent replacement, Asian chives.  If you like your wontons less garlicky, and more vegetable-y, then switch the finely chopped Asian chives with chopped blanched-then-squeed-dry bok choy.  The Parmigiano cheese in the filling may seem odd, but trust me, you won’t be able to identify it except for the MSG-equivalent profile that it bring.  Then why aged balsamic vinegar instead of Asian black vinegar?  Well, I just find that balsamic vinegar brings a more well-rounded, less intrusive but sufficient acidity in this particular case.

Using cold ground pork will prevents its fat from melting during mixing, which will result in a grainy and unpleasant texture. 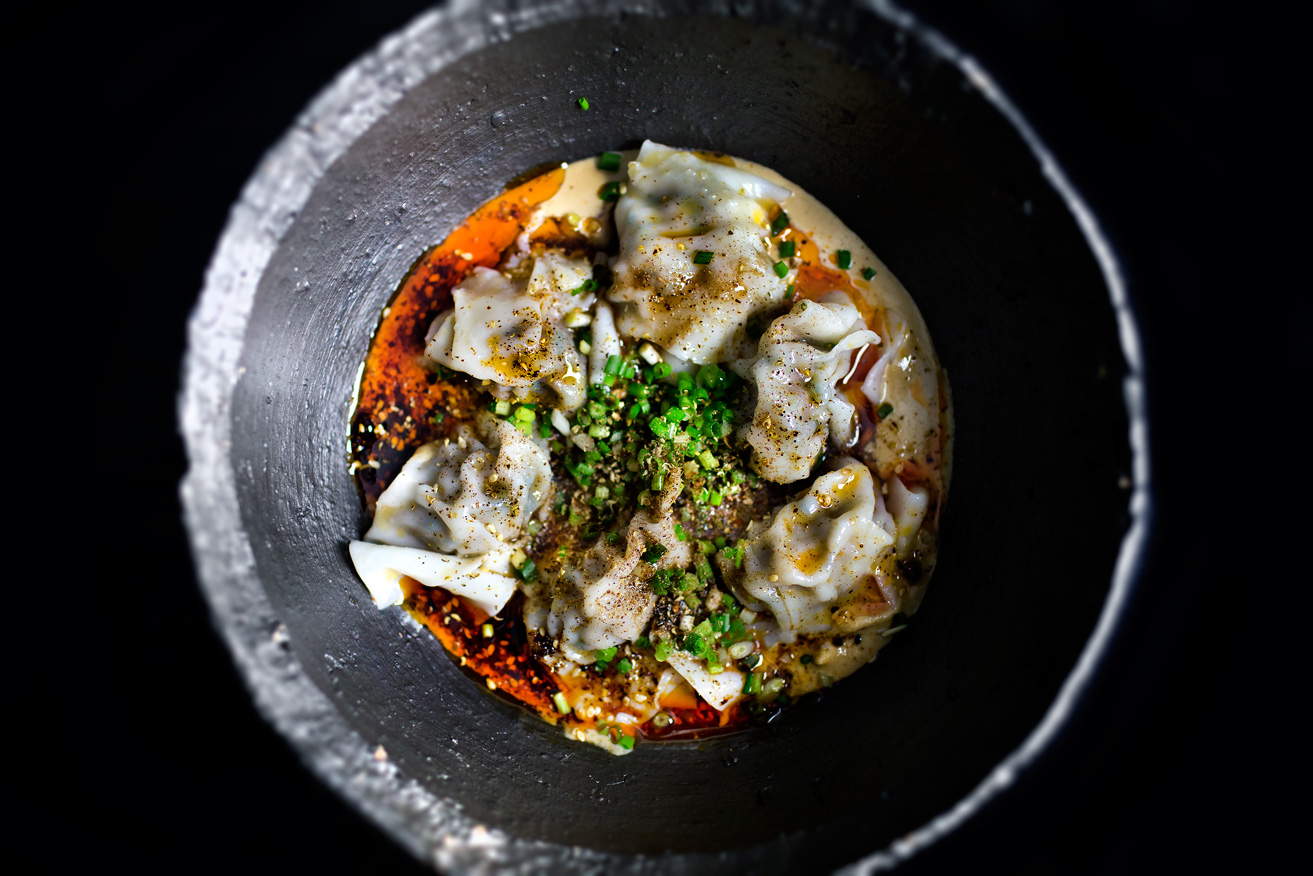