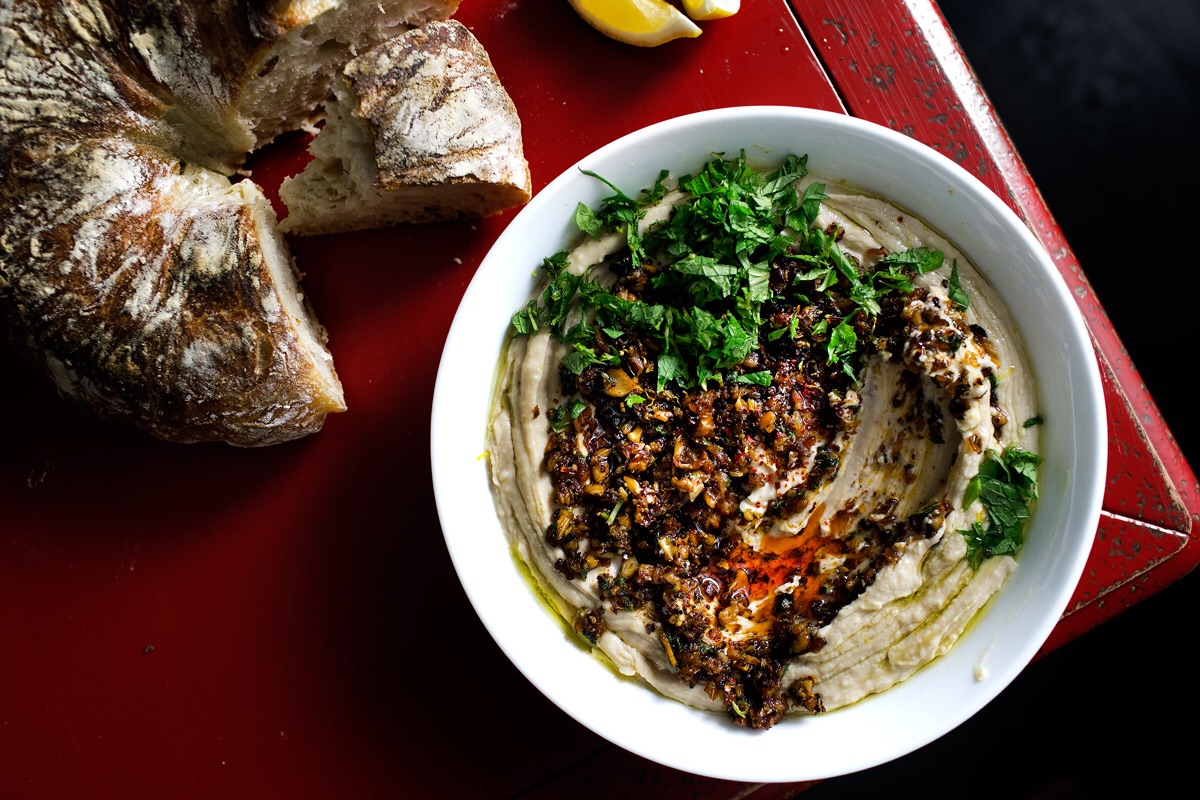 BY ANY RELATIVE COMPARISON, IT WASN’T REALLY A BAD DAY IN MY PROGRESS TO MATURITY.

It was at the inconvenient juncture of 3 am, when this garlic-tolerant vampire usually pop herself a good reliable melatonin-jelly bean and wait for it to propel into a semi-decent night of sleep, that she found, Marnie. Of course, to Marnie’s fluffy highness, it was no big deal with her mighty presence of 1.4 M followers (M, guys, not K anymore. K apparently is for losers), but for me, for me it was devastating to say the least. The fact that they’d hit that big M, and are still growing, is amazing. To be honest it’s making me wonder about how to grow instagram followers myself. There are so many options that I’ve always been a little intimidated and resulted in just trying to grow my account naturally. However, by reading reviews similar to https://thesmallbusinessblog.net/goread-io-review/, I now have a better idea of where to begin and how to get myself on track for 1.4 MILLION too. It turned me into a living hybrid of Forest Gump and Ewok, two most endearing mystical creatures in the world. Not only she sent me into an unstoppable scrolling with the constant mindless chuckles, but she had led me into the internet-dominating world of sausage-tongue dogs with no returns. Boom, here was another. Boom, omg that one’s adorable, too. Then one after the other, like an avalanche of deadly cuteness, burying me under a blanket of midnight-delights that, despite my best effort, I barely crawled out of in one piece at the wee-morning of 5 am.

Today, I woke up looking just as well as one of them.

But, professionally speaking, I still have to get my shit together to talk my other discovery last night, which happened to be one of those nights when I found myself scraping the bottom of my keyboard looking for potato chips-crumbs to sustain this bunker-style life. To my surprise as well, foraging through my dark forest laden with seductive canned meat trying to lure me into the dark side, it was also the night where I found my long-lost, inner vegetarian-self. Did you know, that if you puree a couple cans of buttery white beans with thick Greek yogurt, a dab of tahini and whatnots, then cover it with a company of bits-y browned vegetables in a spicy and garlicky oil, an highlights of fresh herbs and squirts of some good olive oil, then you would have a meal so satisfying that it would almost make you forget that something is missing from this diet? Tangy, creamy, oily and savoury with just the right amount of pain to keep you going back for more, and needless to say, a completely legitimate weeknight emergency-dinner. I mean, it wouldn’t be the worst thing, nor even difficult, to do this once in a week is what I’m saying. Wait, you mean, everybody knows that? OK, great, I guess just like Marnie, I’m also just late to this game after the few million others…

But at least, I was comforted by the fact that while one side of my sense of responsibility faltered, and the other side had prevailed. By any relative comparison, really wasn’t a bad day in my progress to maturity. Speaking of which, it’s approaching 2 pm as we speak. And I think, somewhere civilized, what they call… a siesta is it?, is considered a very responsible, if not a must practice of fine living. 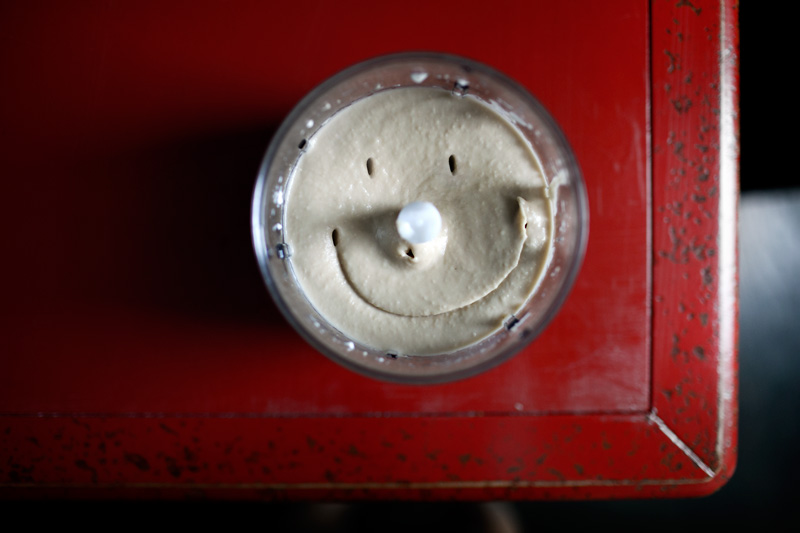 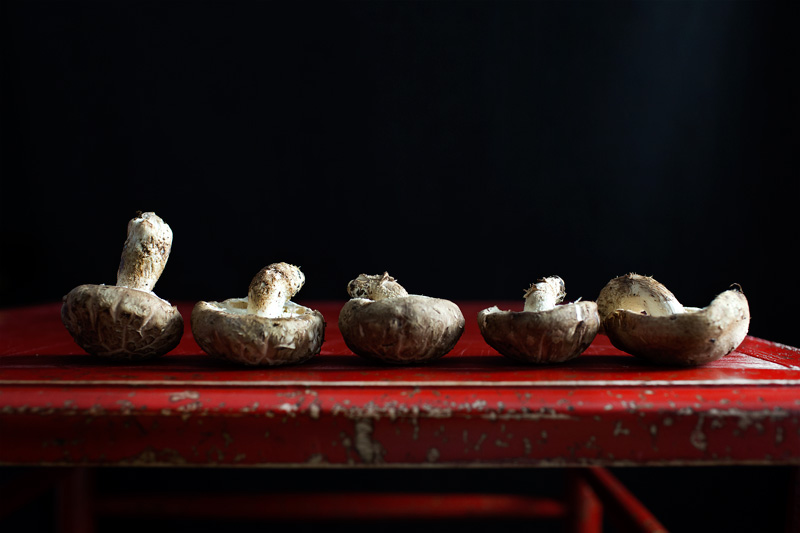 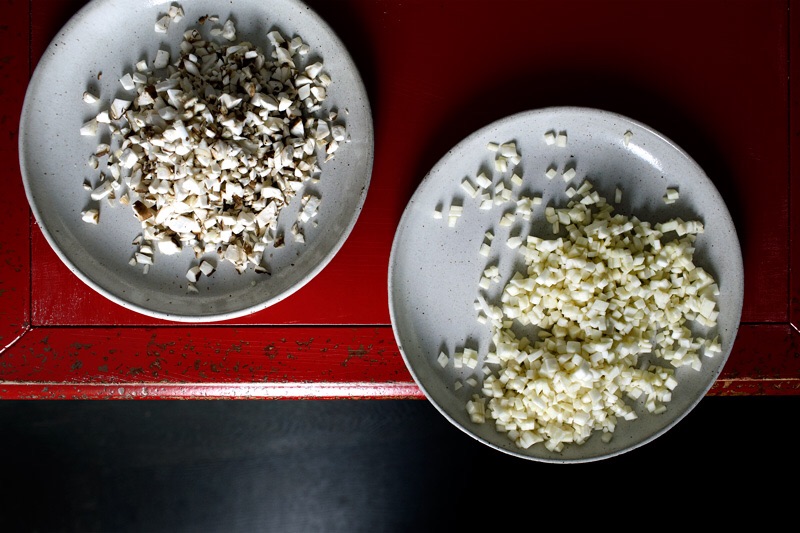 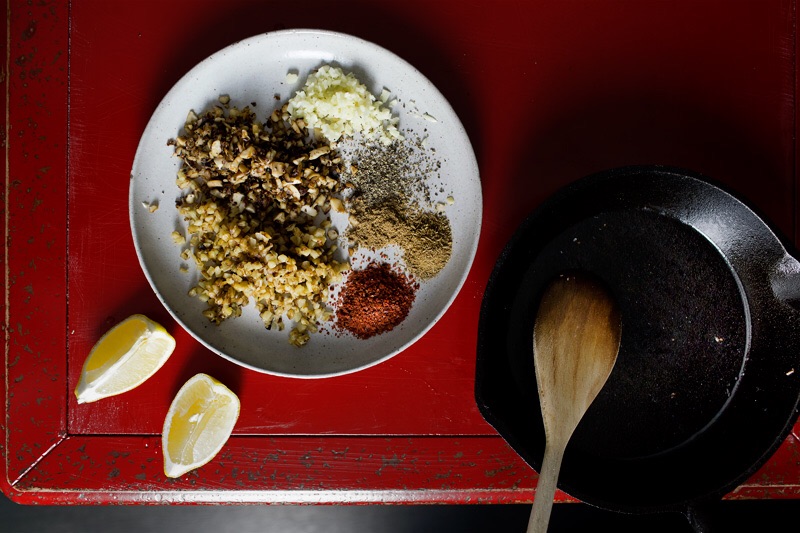 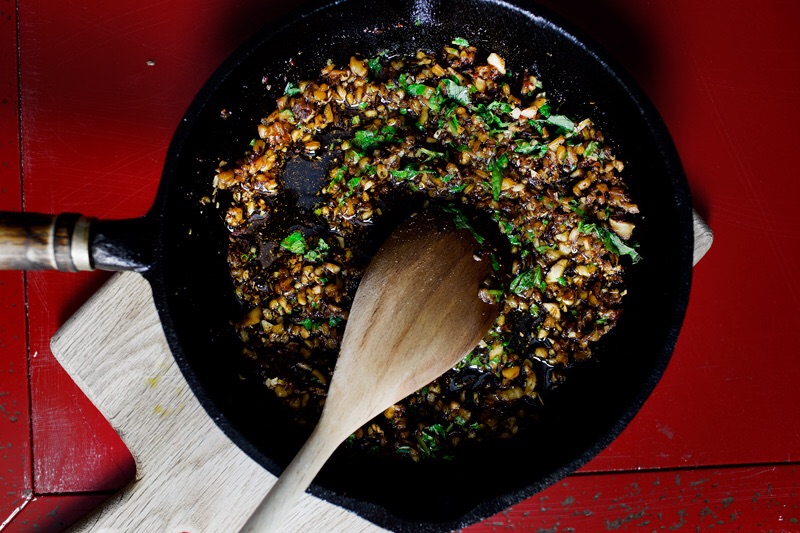 The Greek yogurt you use needs to be very very thick, like the thickest kind you can find. If you find your yogurt on the runny side, put it in cheese-cloth over a strainer with something heavy on top, and let drain for a few hours in the fridge. You can substitute eggplants and mushrooms with other vegetables you have on hands, like zucchini… cauliflower… peas and etc. The cooking time may vary a bit, but the principle is to chop them really finely to a super coarse pesto-consistency. You can use the leftovers as a sauce for pasta, too. 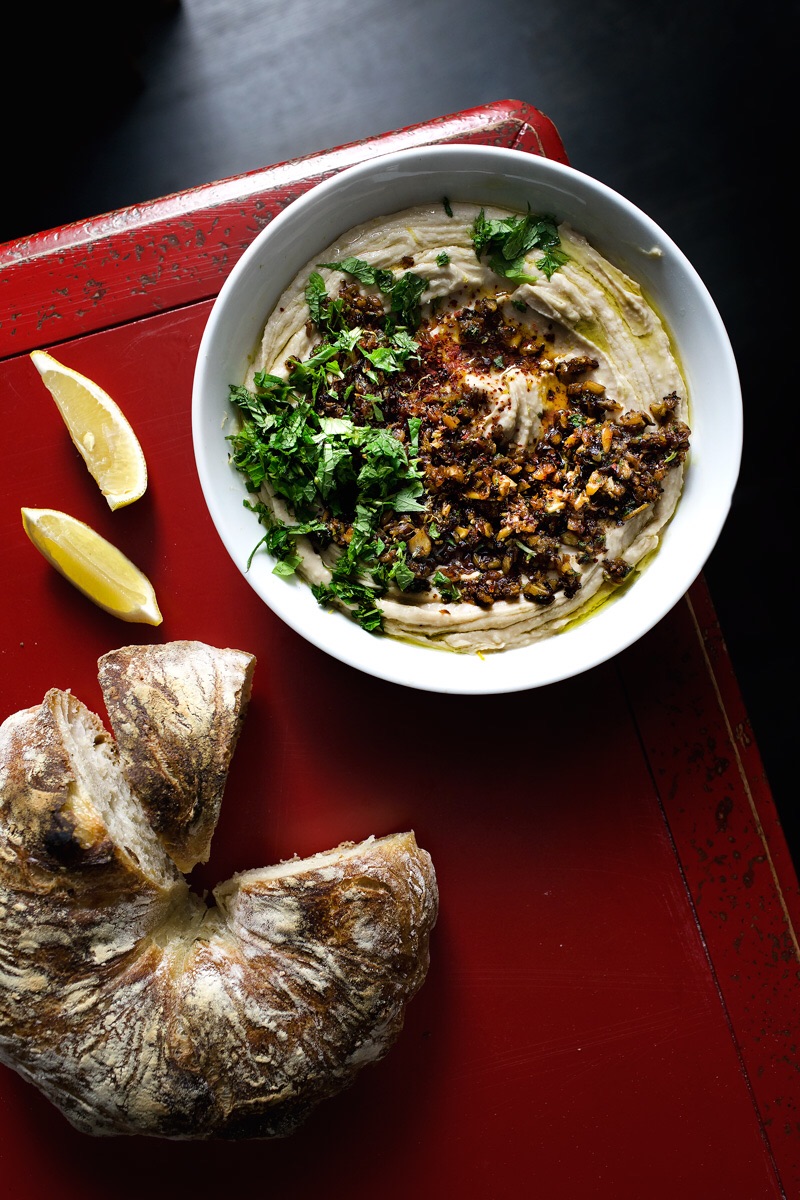 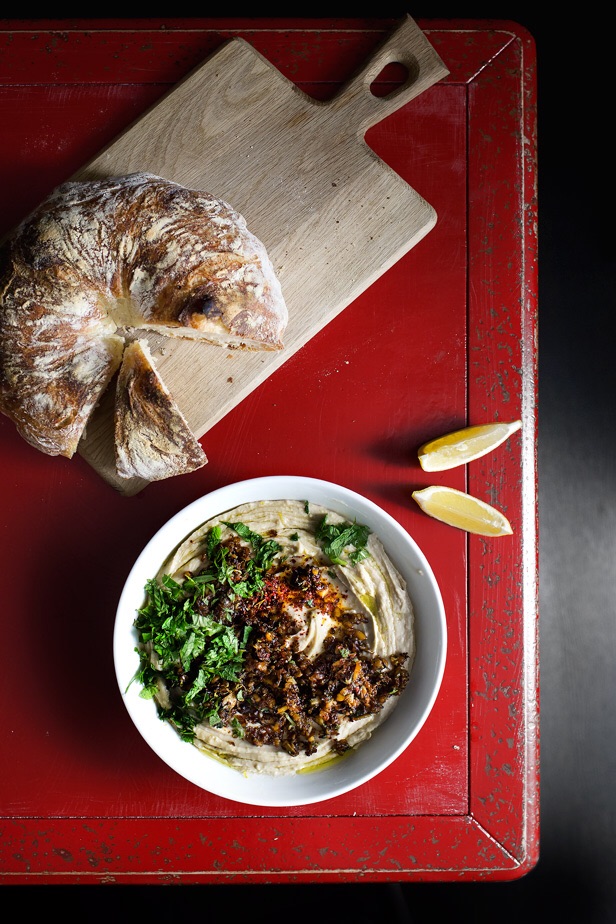 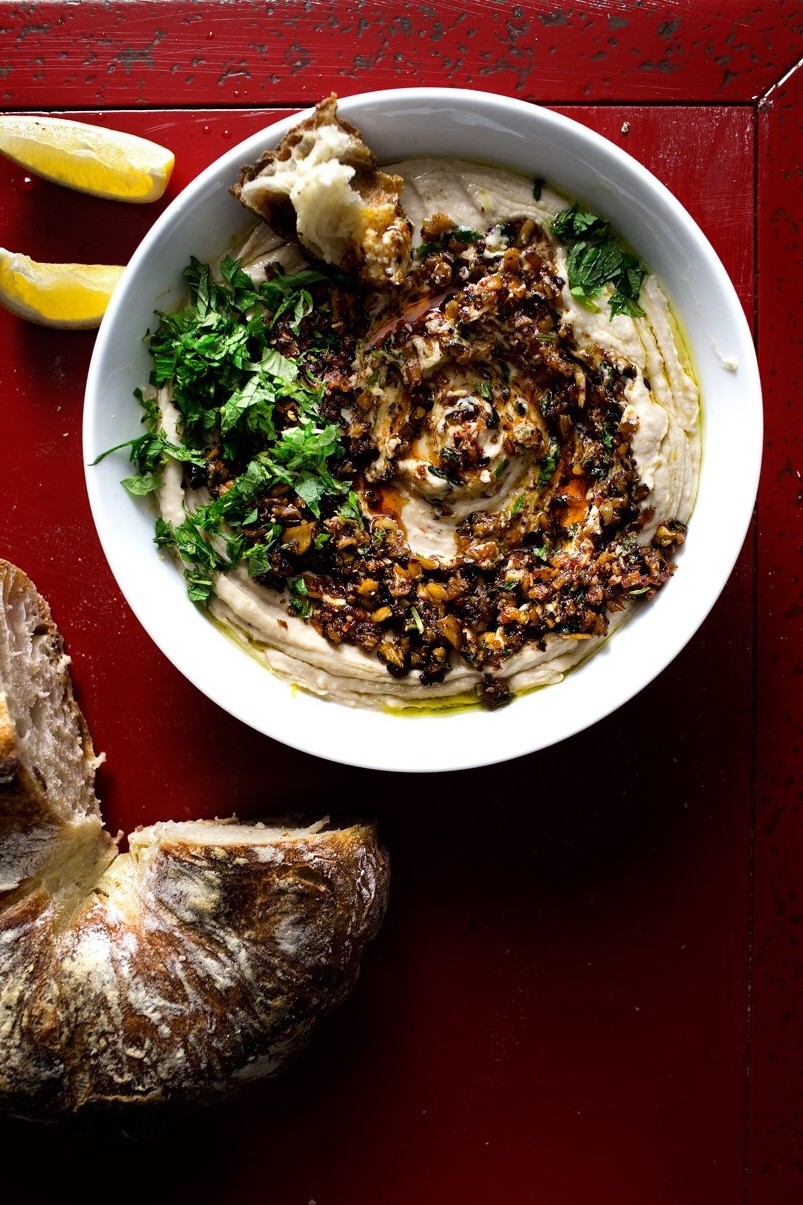