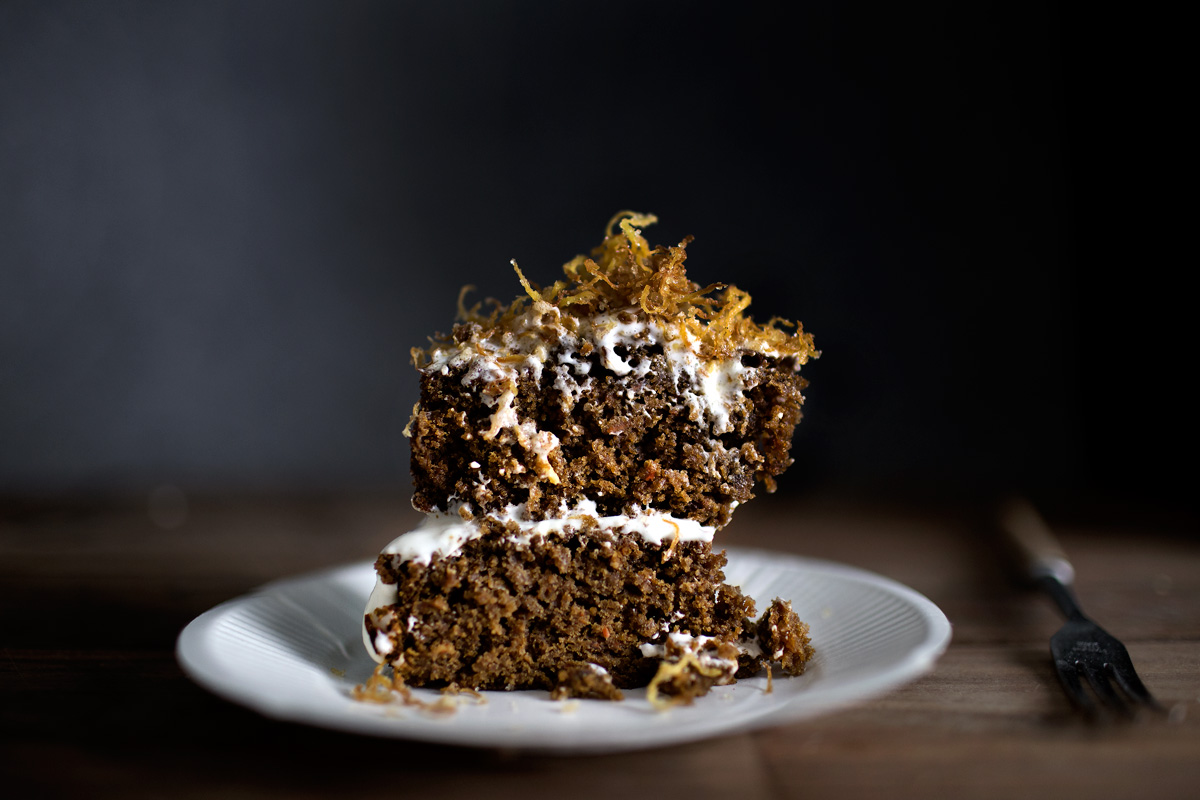 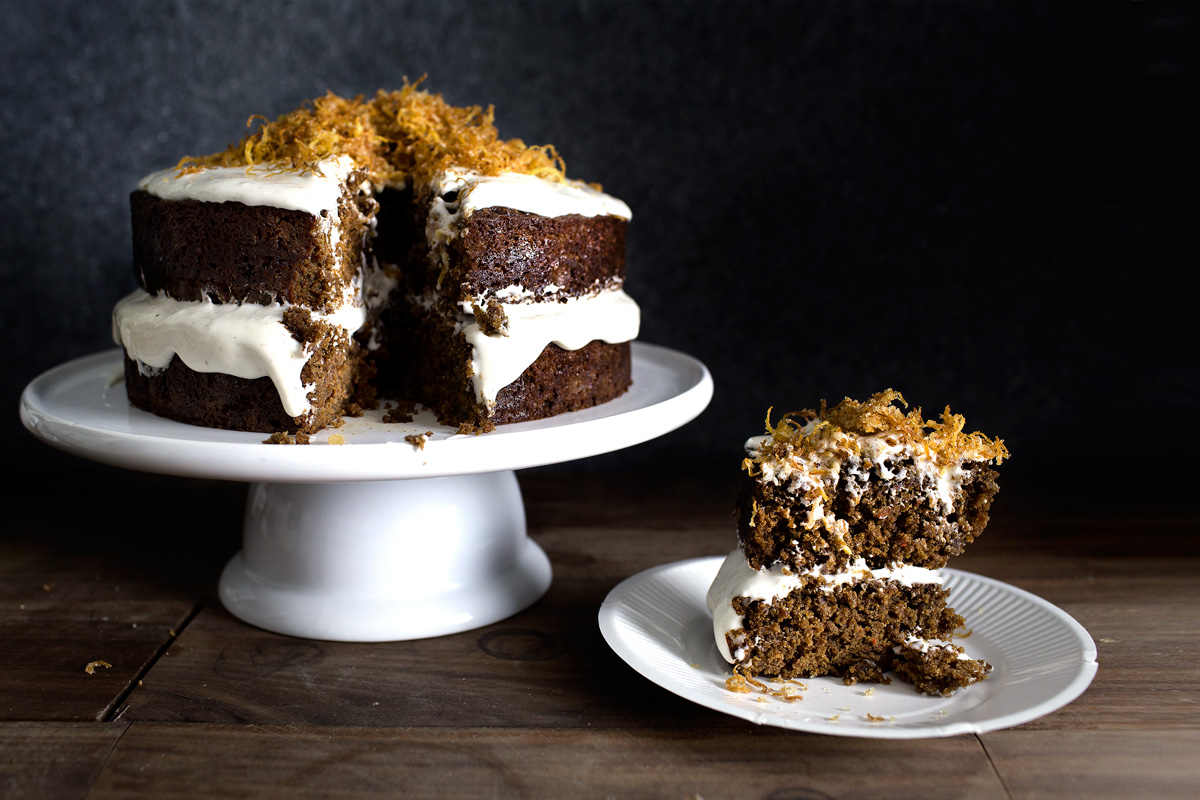 IS A COUPLE OF VERY SICK STUPIDS. 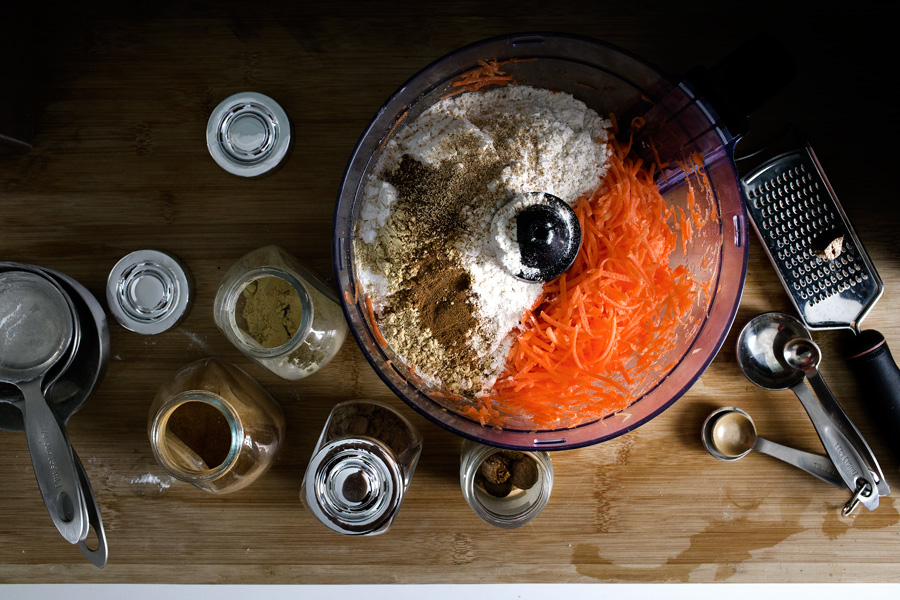 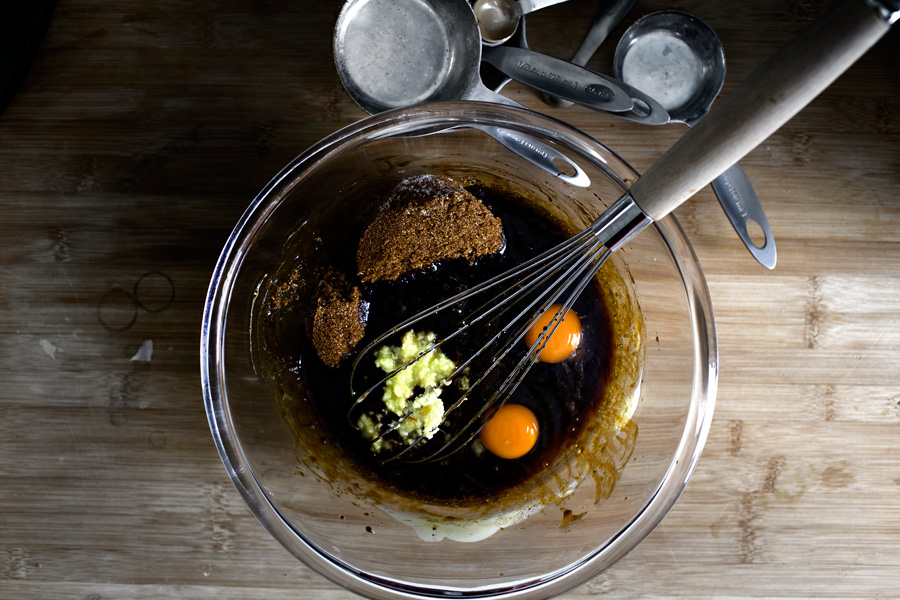 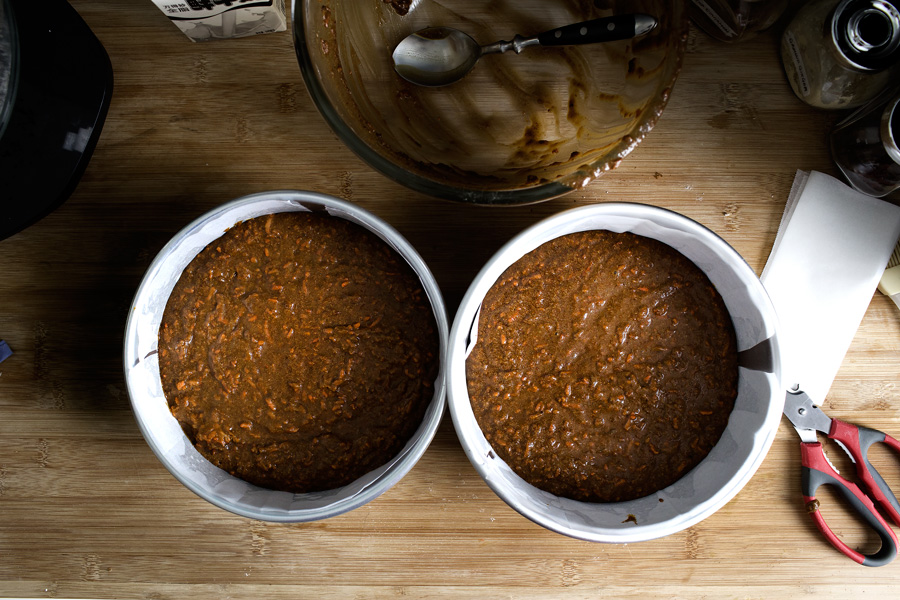 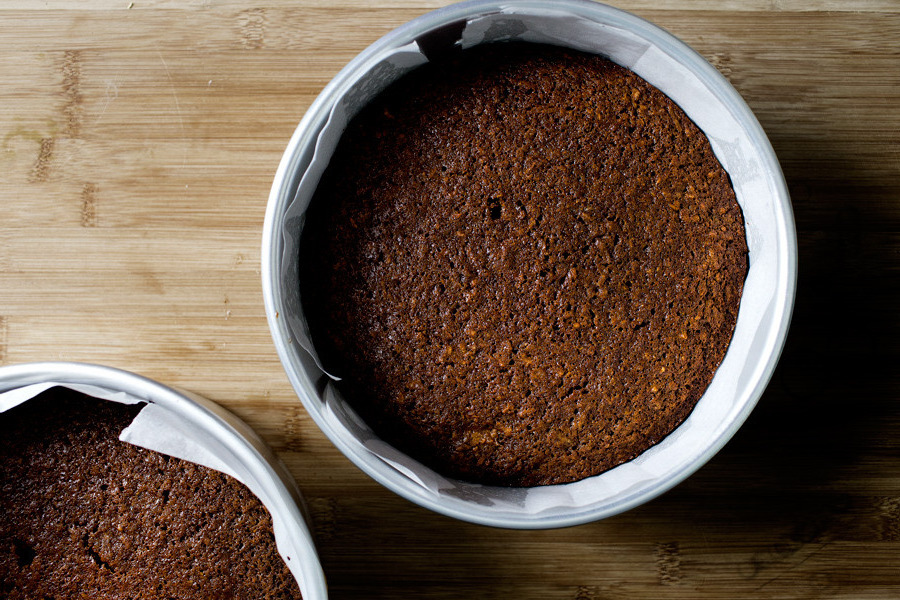 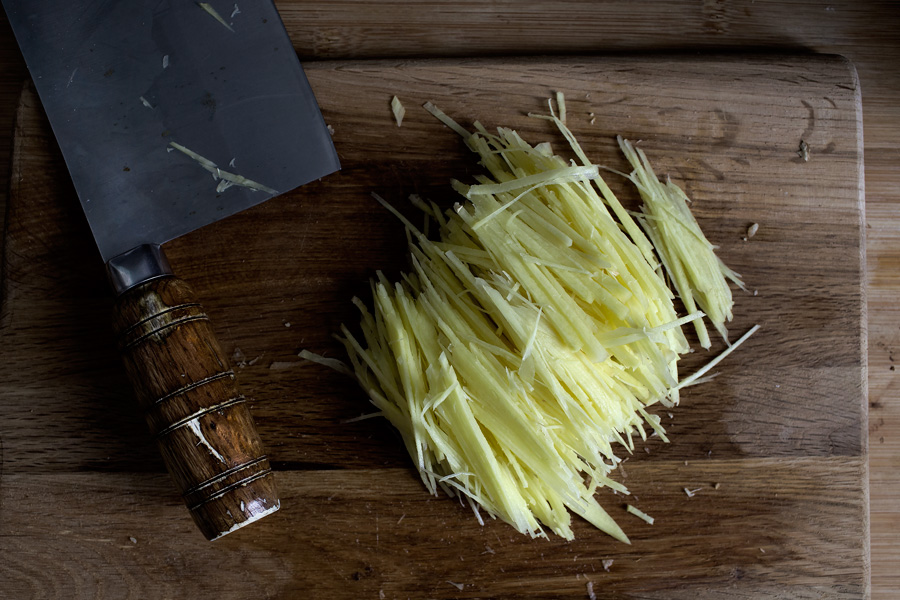 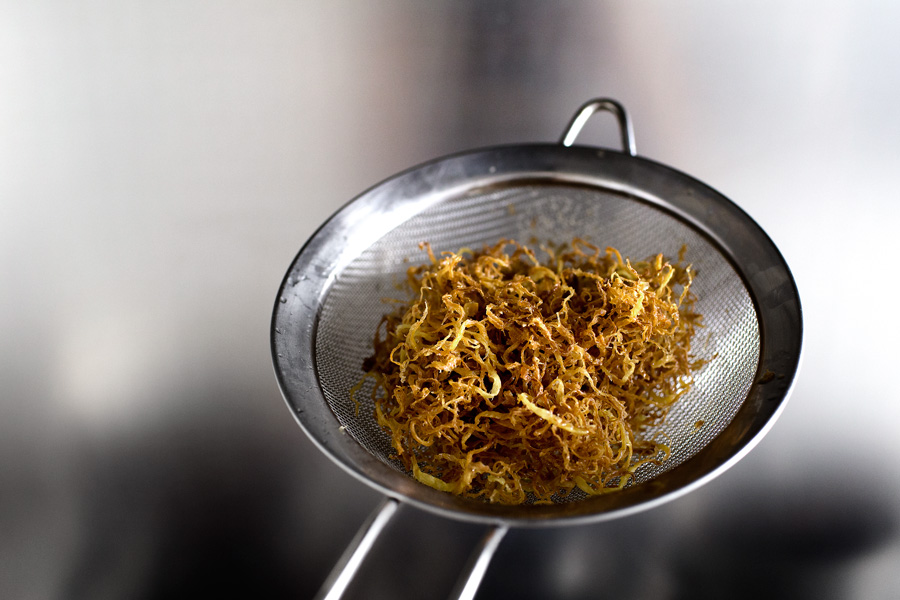 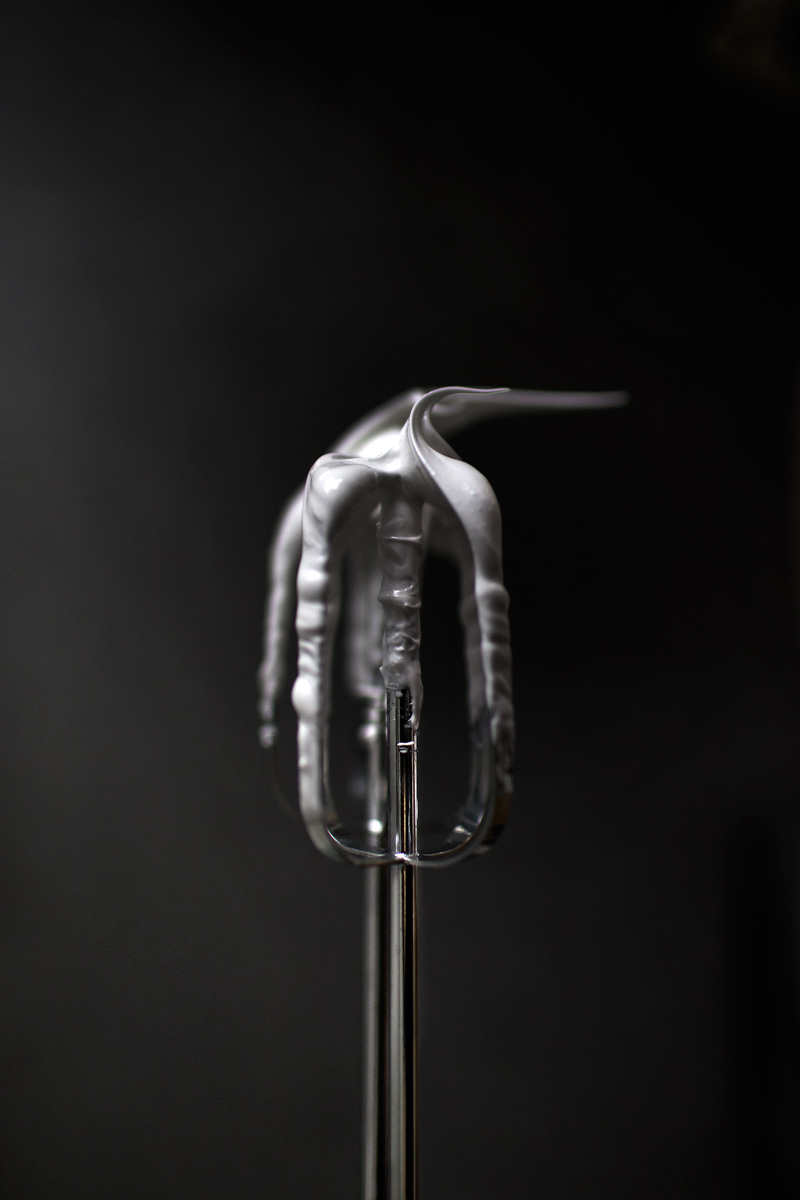 WHAT should one do when the temperature is hovering around 0ºC outside?  Scooting on an electric motorcycle around a city where the rivers are looking almost skater-friendly, thinking a couple of helmets and the rare appearance of socks are gonna make a difference?  No.  No, definitely not.   The consequences of Tour de Beijing de Stupid Couple… is a couple of very sick stupids.

What should one do, however, is to bake this uber-easy, deep dark and spicy carrot gingerbread cake with ground cardamon and cream cheese frosting, sprinkled with crispy sugared ginger shoestring fries.  It’s the ultimate embodiment of December, a very good thing… a much gooder thing, than doing other stupid things in a face-freezing temperature.

What were we doing on a freaking scooter in winter-wasteland when there was a perfectly good carrot gingerbread cake and hot coffees at home?  I told you this delicious cake is so easy even the ultimate fools can make…  Sniff… sniff….

Recipe adapted from a combination of Food52, Delicious magazine, and my favourite carrot cake.

Even though ground cardamon is not the most common spices from your corner-grocers, and you’d be very tempted to say “One small pinch?  I think I can ignore it.”, don’t.  You will be casting away the hidden spirit behind a mysteriously delicious frosting, and not knowing what you’ve missed.  Just like nutmegs, green cardamons lose the potency fast after it’s being ground.  So it’s best to use freshly ground with a spice-grinder, and when it is, it’s very strong and prominent stuff that a small pinch, will go a long way.  So do your best not to ignore it.

I used the shredder-blade from the food-processor for the carrots, but I found the final cake was begging for a more delicate and lighter texture.  So in this particular case, I would suggest using the finest holes on the cheese-grater for dealing with the carrots.  And as you can see from the photos that I’m obviously someone who has no patience to chill the frosting until it’s firm, and ended with the sloppiest-looking cake ever.  I would suggest giving the frosting a good 6 hours in the fridge at least, if not overnight, before applying it to the cake.

But then again, what has sloppy cake ever do to anyone anyways… except for happiness. 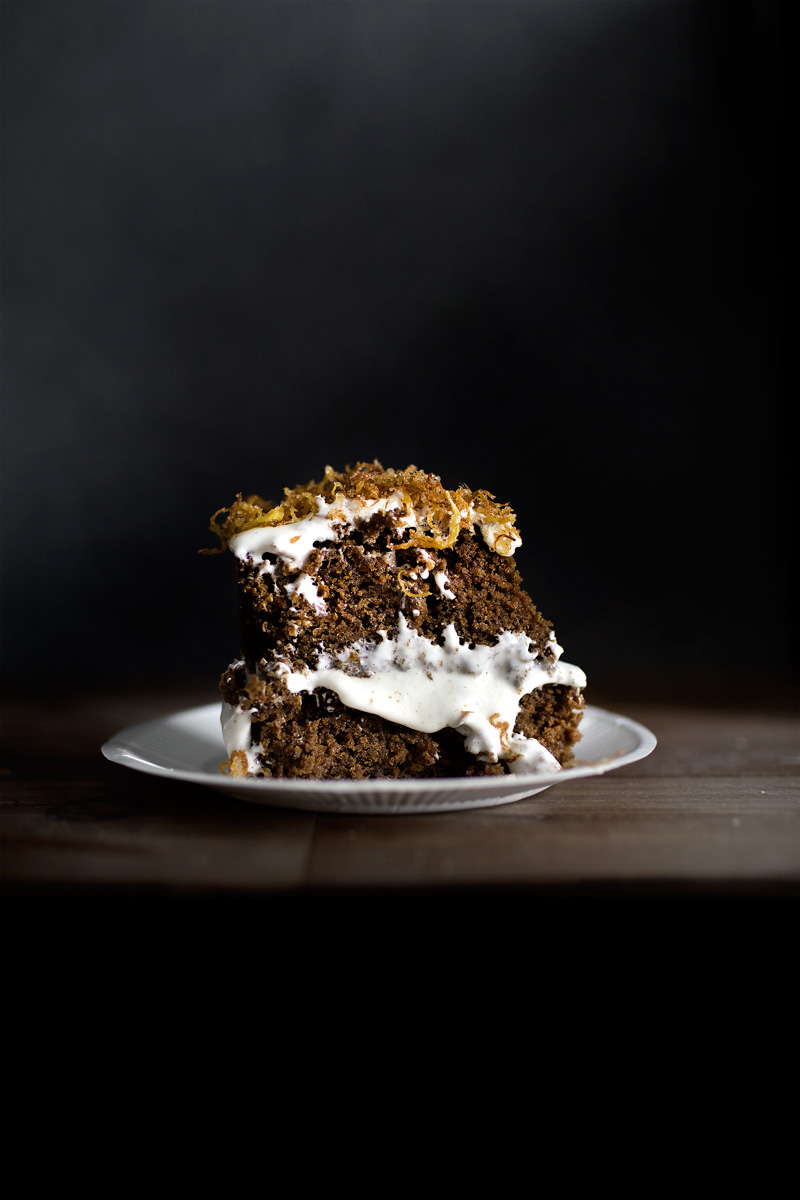 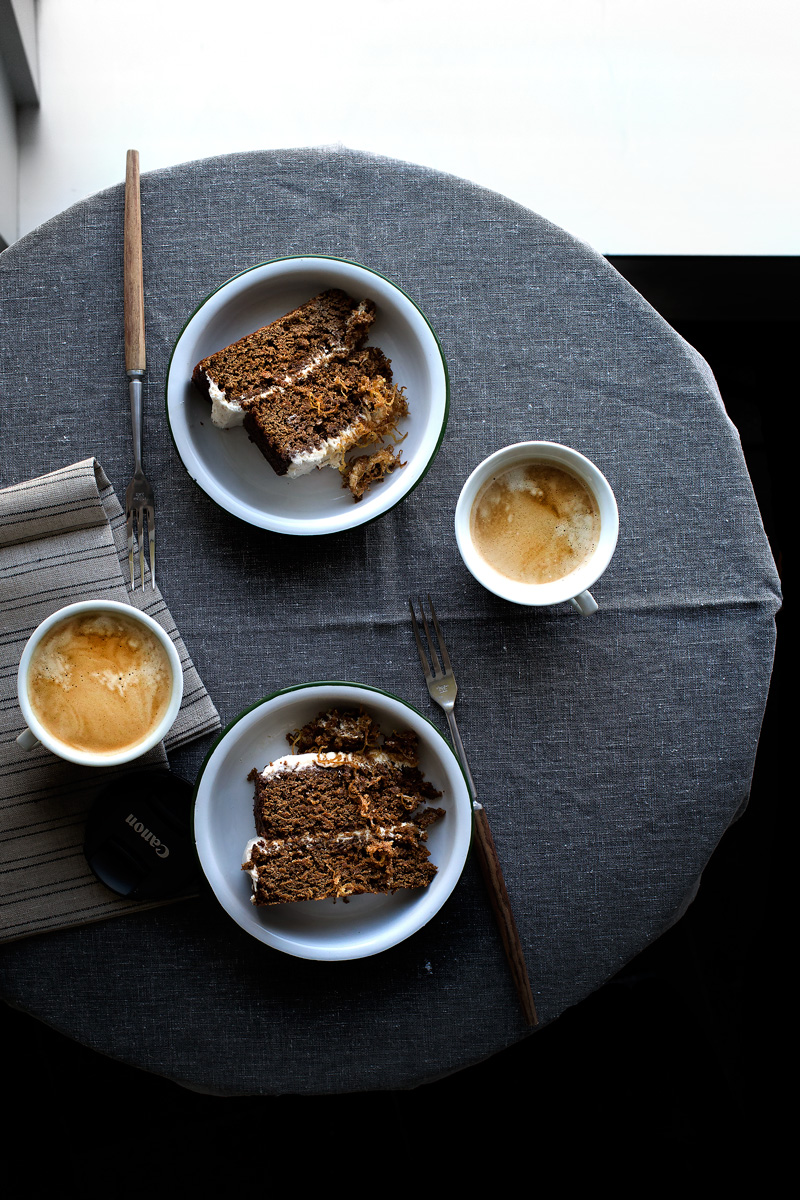