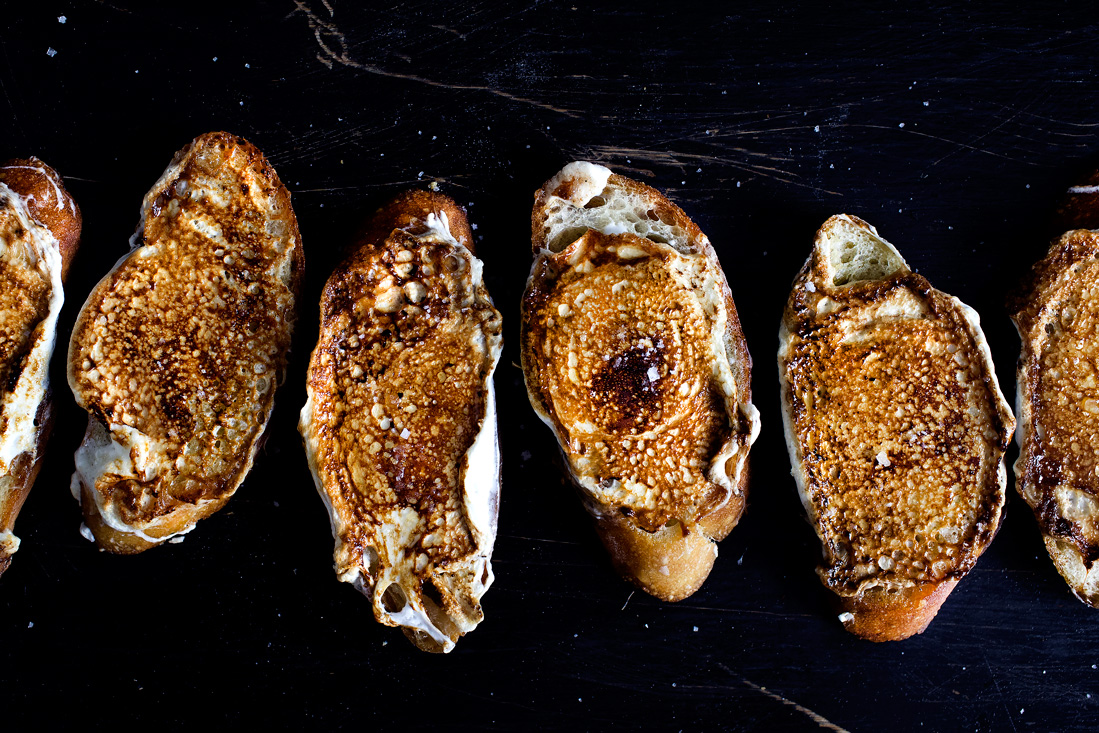 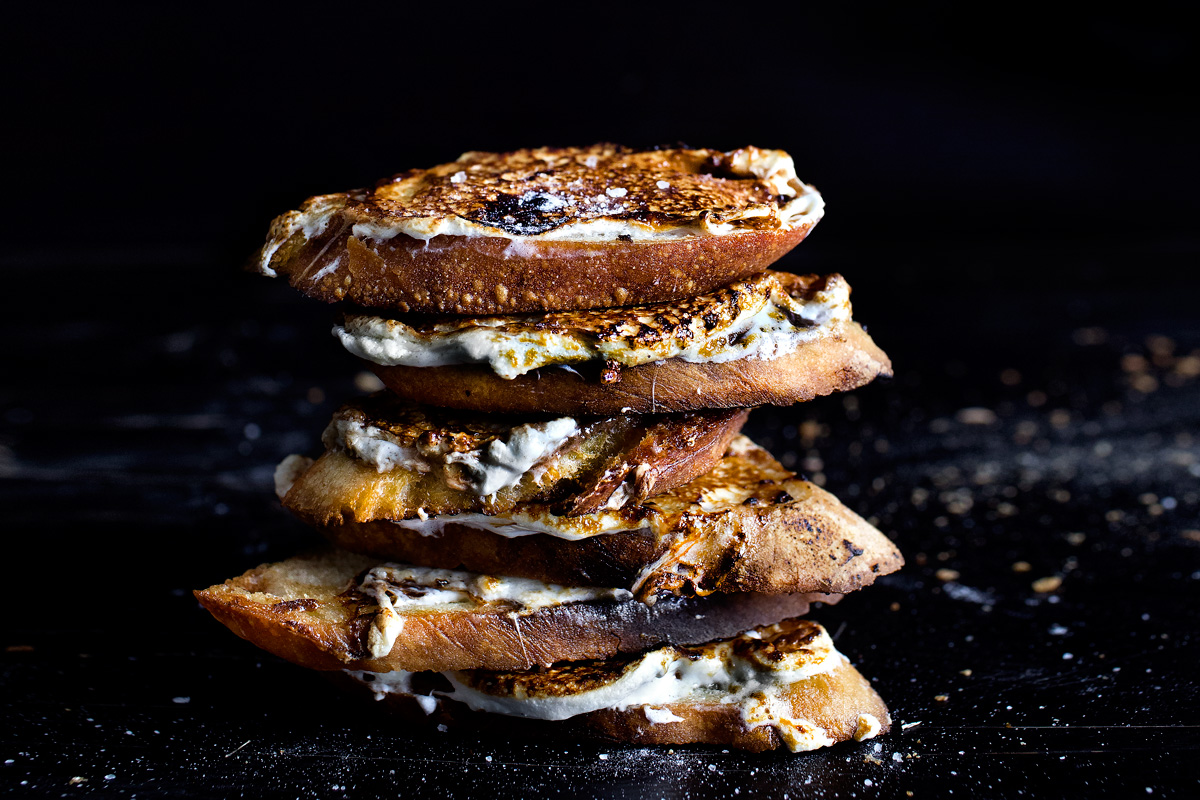 SOME SAY WONDERFUL THINGS ARE BORN OUT OF DESPERATIONS.

BEFORE TODAY, I’VE ALWAYS THOUGHT THEY WERE TALKING ABOUT SPANDEX.

There is something I want you to know about Beijing, or perhaps, about this entire country in general.

If someday you too find yourself living as an angry tick inside the thick filthy furs on this enormous, hyper-capitalism beast, at least you’ll know this to your comfort.  Which is, fret not, because it is not only possible but entirely effortless to maintain all daily functions of life (whether a happy or miserable one…), up from remodelling your kitchen down to keeping yourself groomed, all of it … without stepping one foot outside the front door.

This is a city that takes consumer economy, bloody seriously.  You can get almost anything, luxurious or middle-class or just plainly dirt-cheap, anything, with a simple click of a button and have them delivered to your front door with fees next to nothing.  Order groceries online at 3 AM and have someone, messaging you minutes after, to ask you if you want your pork ribs chopped.  Type “yes, please” or “no, thank you”, and the next day at 4 PM, you’ll have everything you need for an all-out BBQ party including a brand new grill.  It is a, if not the only perk, of living here.

Then, there’s something else I also want you to know about Beijing, or perhaps this entire country in general, during the Chinese New Years.

Which is, that last, precious ounce of will to live that you’re holding onto so tightly through petty convenience and e-commerce therapy?  That will all… and I mean aaall, come to an abrupt and screeching halt, every year, at the first light of dawn on Chinese New Year’s Eves.

OK, perhaps you don’t know what this means.  It means online grocery shop, stops.  Online anything, stops.  Deliveries, half of them at least, stops.  My lifeline of this entire city, stops.  Right, of course I can remove myself from my bunker and physically go to an actual market to evade my impending starvation, but did I also mention… that it is cold here during CNY?  The kind of face-biting, ears-stinging coldness that makes the 15 minutes bike-ride between my apartment and the nearest market, feel like miles.  So thanks but no thanks.  Times like this, when desperation strikes, I could only resort to the emergency convenience store downstair.

Yes, well, that convenience store… that fucking convenience store that, when I needed it the most such as say… today, presented me with the mere company of a moldy broccoli and its desperate plea for a merciful death.  “Solly, Chinese New Years.”, the dude shrugged.  Was he serious?  I wouldn’t know what to do with a fresh broccoli let alone a moldy one.  Houston, it’s official.  You will find me stiff-cold by a torn bag of dog food in the bathroom…

Some say wonderful things are born out of desperations.  Before today I’ve always thought they were talking about spandex.  But now, now I know they were talking about things like this.  The transformation of an exhausted pantry to unexpected, glorious beauty.  What can you make from half of a baguette, a bag of marshmallows, some butter and flakey sea salt?  Apparently, much more than the sum of its parts.

As I stared into this little stack of pan-grilled marshmallow toasts with crispy edges and caramelized crusts, chewy and gooey layers of sweetness with pops of brininess, I marvelled at human’s sheer will to, not just survive, but survive well.  It took more than basic animal instincts for a blood-sugar thirsty female to patiently stood by the stove, gently pressing down the butter-browned baguette in a slow and warm embrace with the melting marshmallow, then the last 30-seconds push for it to caramelize into a gorgeous crust.  But it was all worth it.  Buttery, crispy, sticky and chewy with sparking saltiness.  A dignified end on the last day of this CNY’s starva-thon.

Tomorrow, the pulse of this city will slowly start to tick again as holiday ends.  But I have a feeling that this marshmallow toasts with sea salt is going to last much long than that. 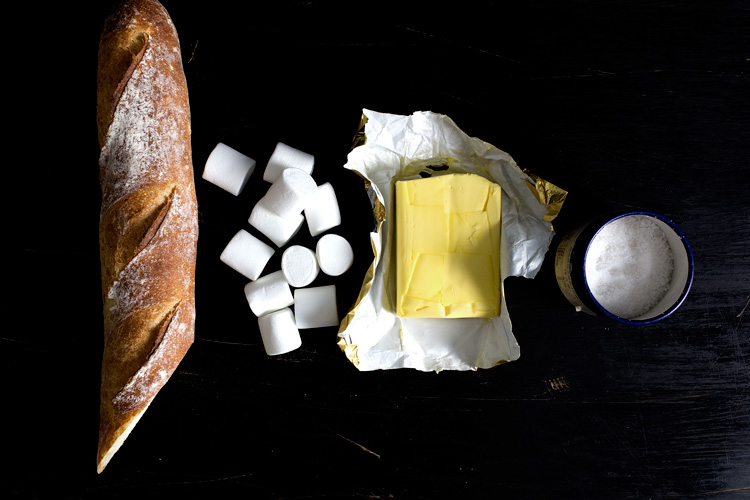 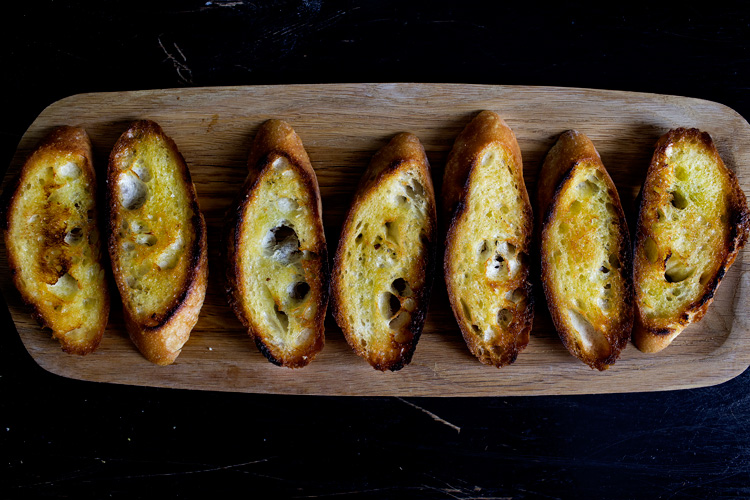 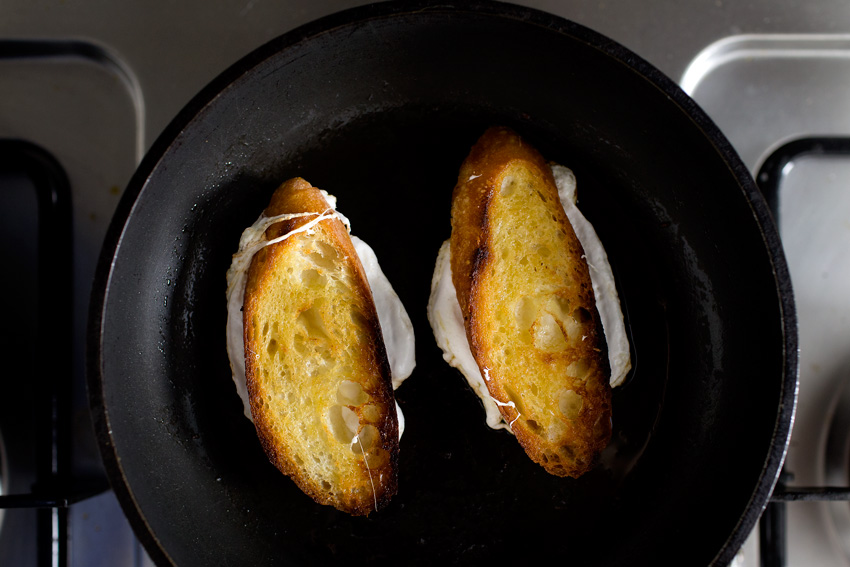 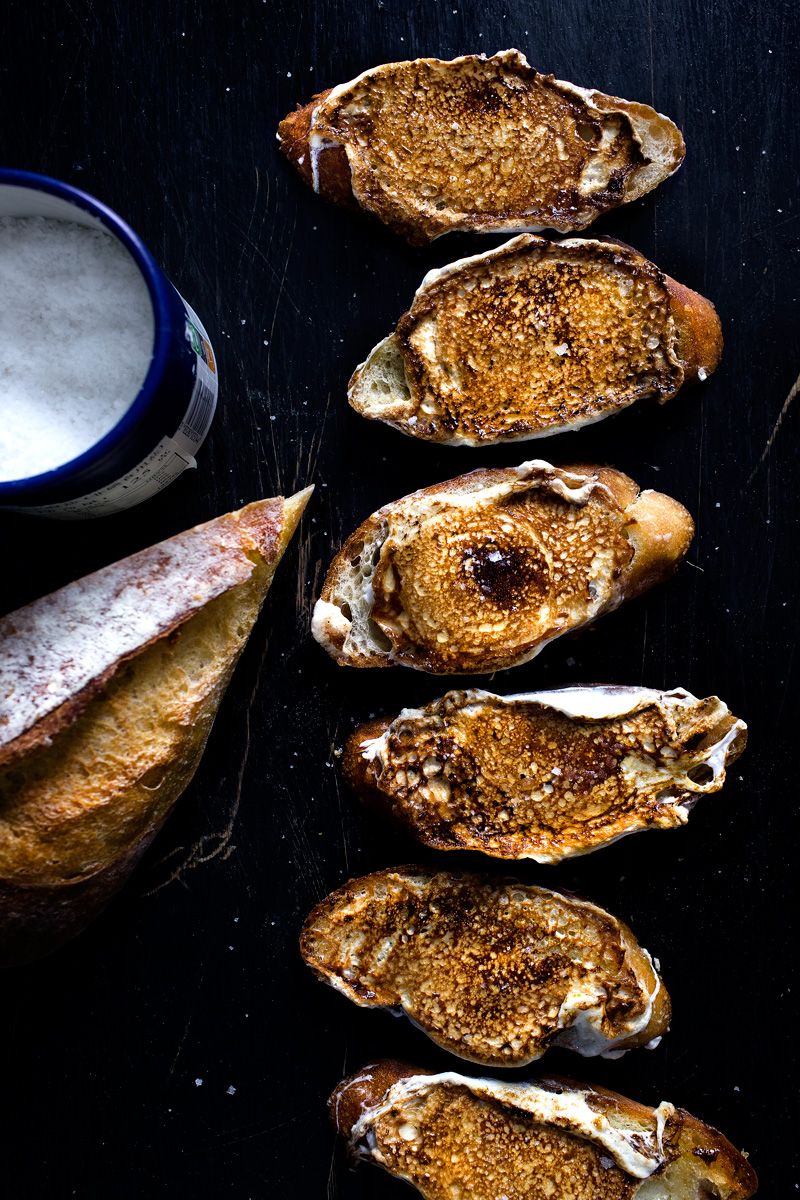 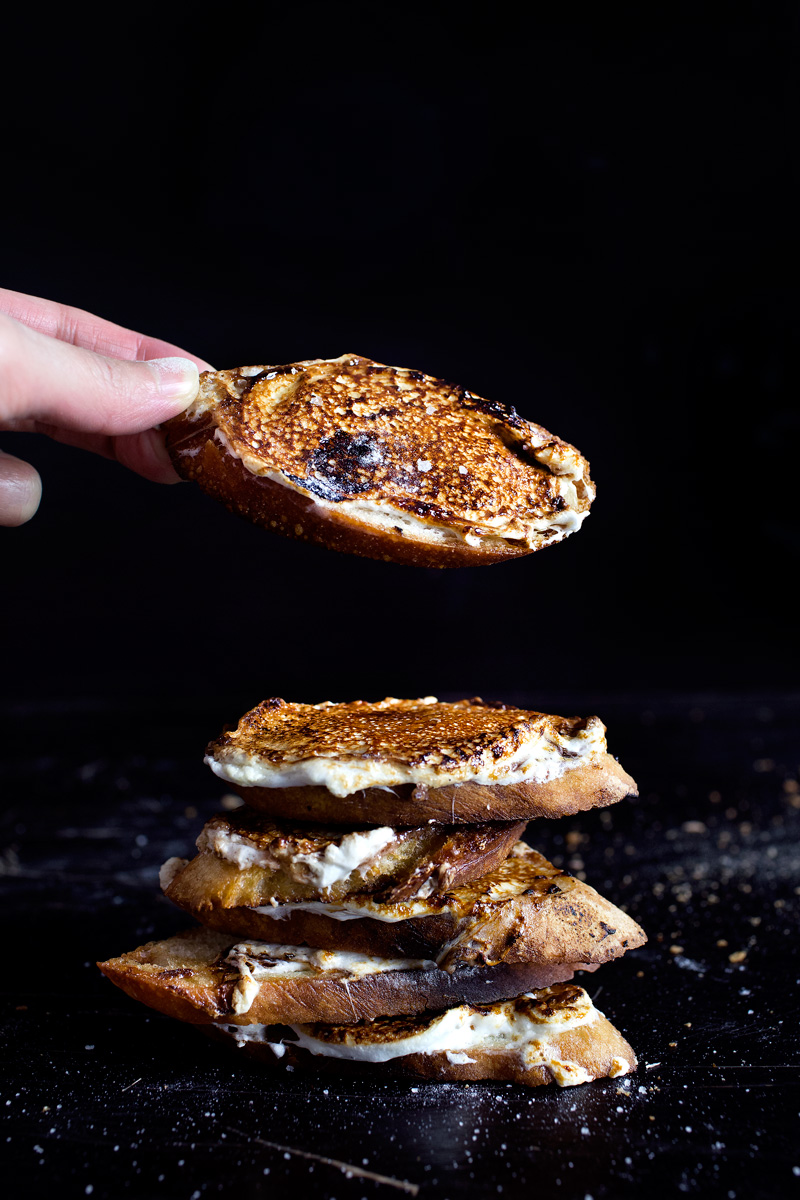 There is a lot of twists you can apply to the toasts. For example, adding Nutella or chocolate sauce in the middle, or adding ground cinnamon or orange zest into the sprinkles. 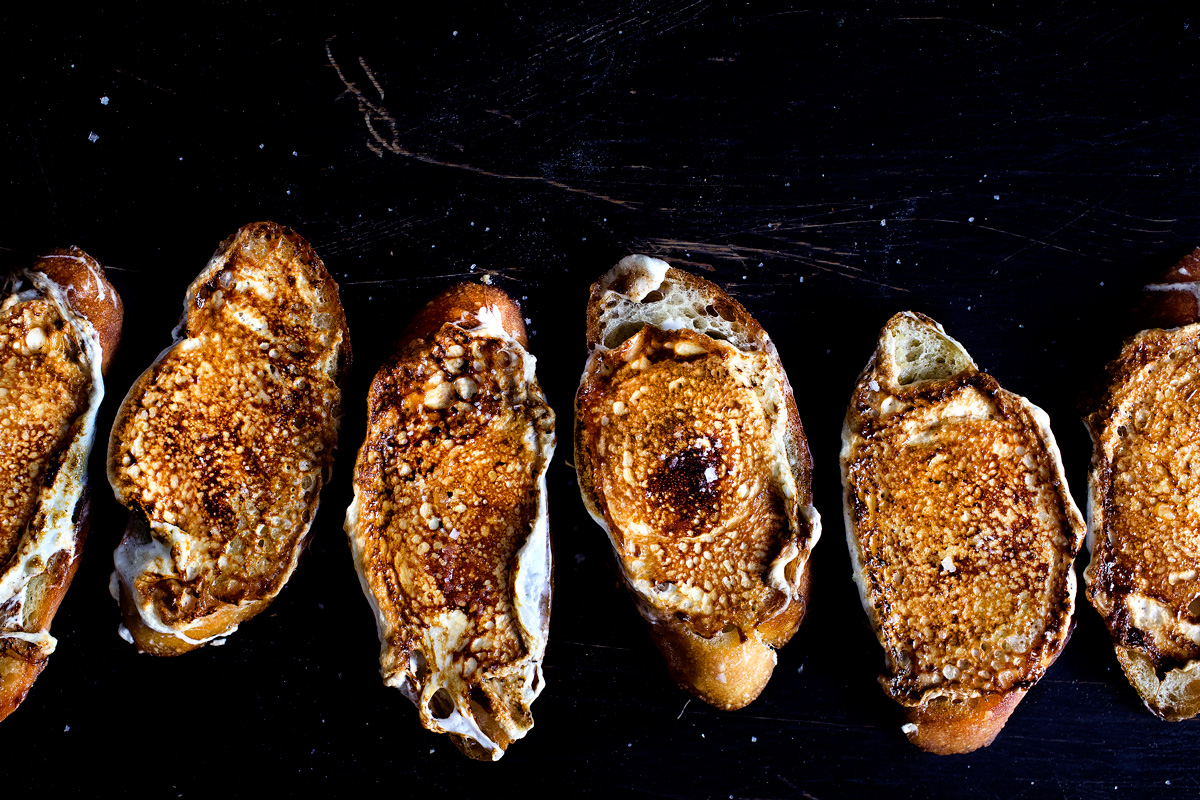