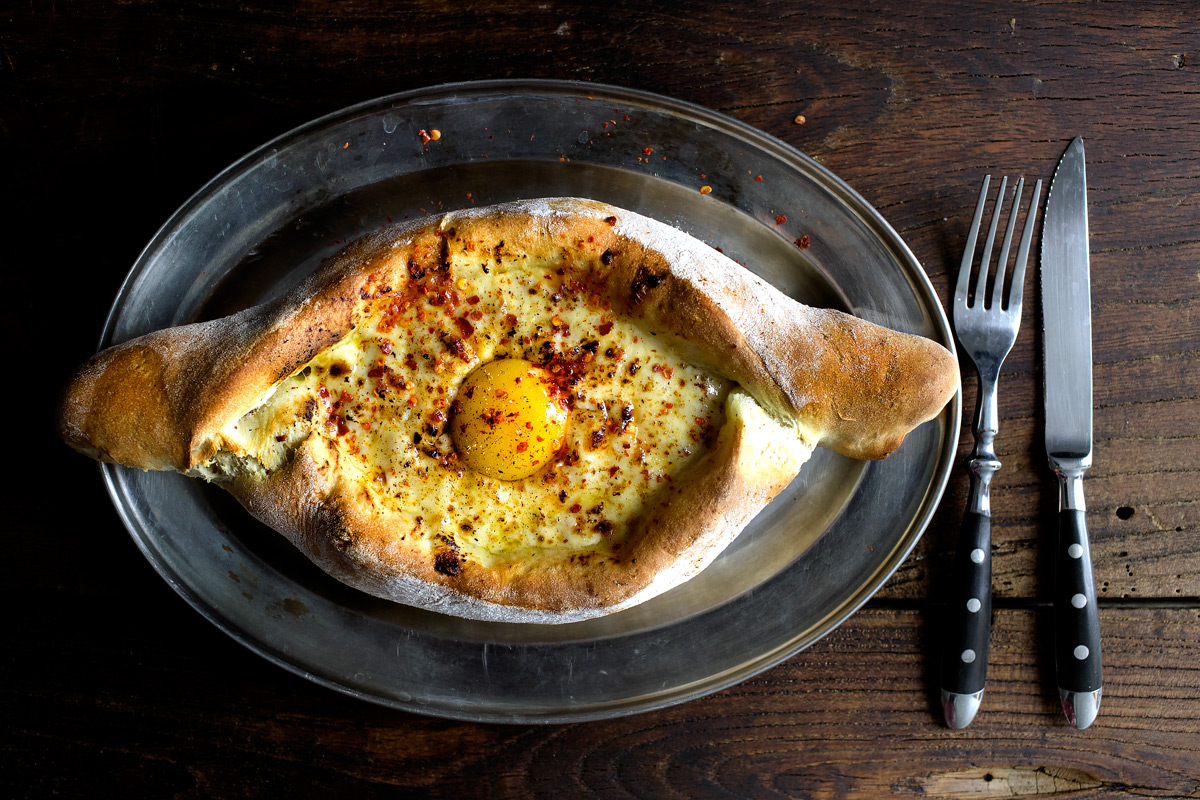 MY THOUGHTS STIRRED, AS THEY STIRRED,

INTO A TANGIBLE STRINGY MESS OF RESTLESSNESS.

I thought long and hard about how I should talk to you about this.

I thought about it when I saw it glaring at me, all too long ago, from Tasting Table on their grinning newsletter.  I thought about it when I laid sleepless at night, combing through the mental steps of how, and when, I would realize this absurdity in my own kitchen.  I auditioned my blunt vocabularies, while pushing the apathetic shopping cart through the even-less agreeable cheese-section in my grocery store… gruyere (gooey?), gouda (gooey-er)?… mozarella (gawh, fuck it…).  And speaking of words, I ought to find out how this khachapuri is pronounced… catch-a-puri, catch-a-puri, kah-tch-a-puri?  Georgian, is it?  I thought I should probably google Georgia, right, I totally should, a place where I felt utterly disconnected from emotionally, and even more so, geographically, as I sank my palm over and over into the quiet, warm, springy dough.  I thought, given that it was unquestionably  non-traditional, about how I could explain the heightened savouriness and sharpness brought by the added black olive tapenade, as I smeared it across the supple dough.  Oh people should definitely hear how tall these cheeses mounted, yes, definitely, how promisingly they talked back through the folded window… reassuring.  Most of all, I for sure thought about it when I sagged myself over the hot vent of the oven by the handle, witnessing the yeasted dough puffed and browned, damming an increasingly fluid and active pool of melted cheese, I thought, and sagged, but I promise it was mostly thoughts.  Then, when that raw glistening yolk, that damn raw and glistening yolk that slipped over the hot cheese, and touched the cheeks of a chunk of topping butter… my thoughts stirred, as the pool stirred, into a tangible stringy mess of happiness and restlessness.

How, do I talk to you about this…? 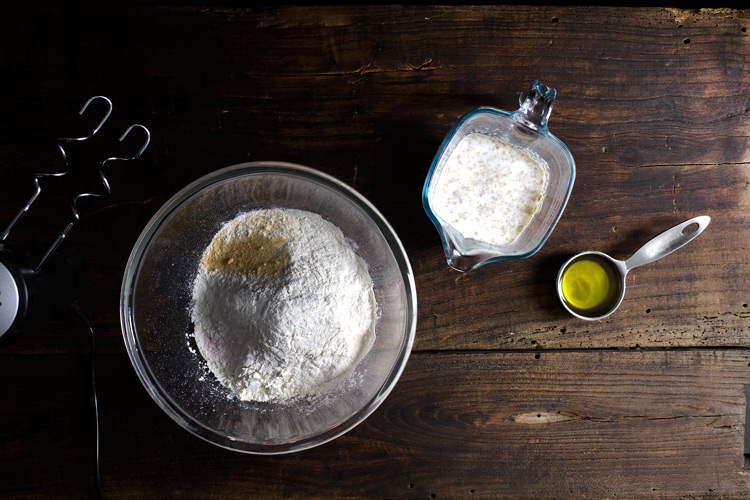 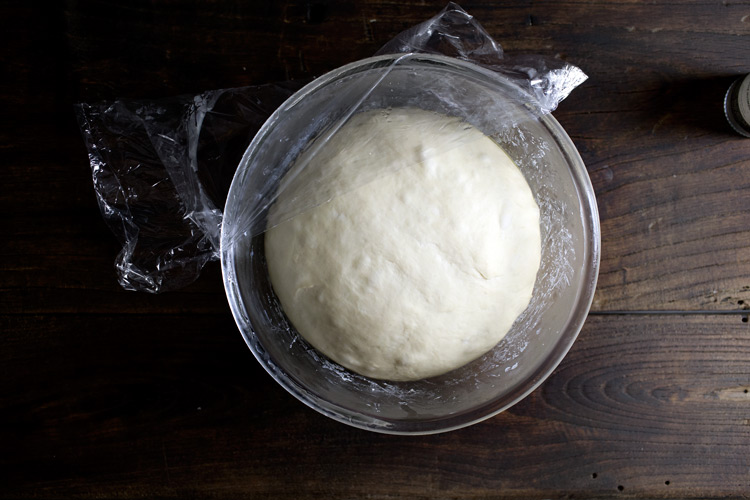 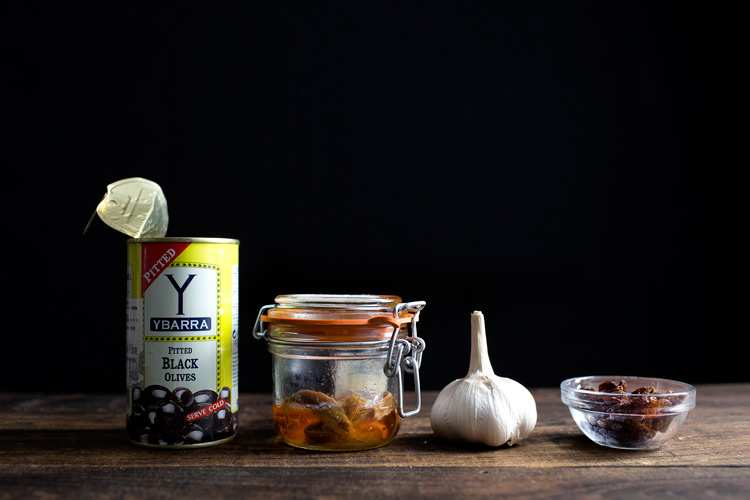 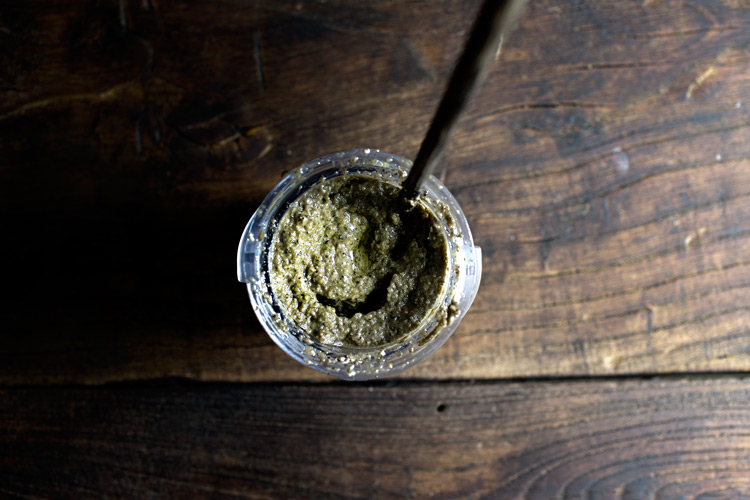 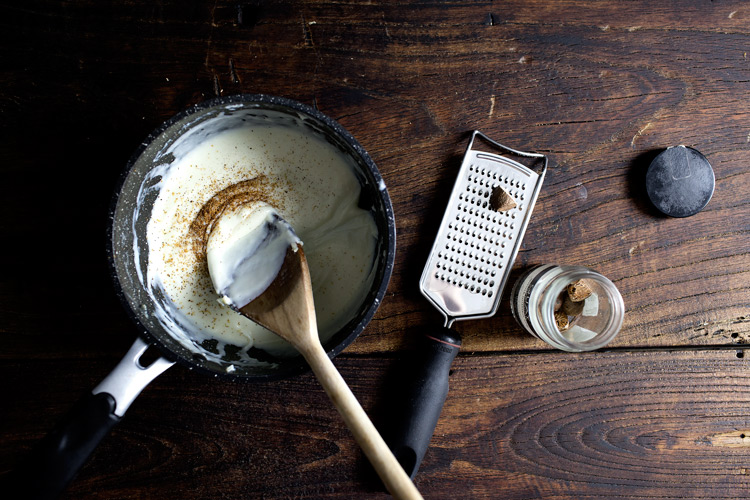 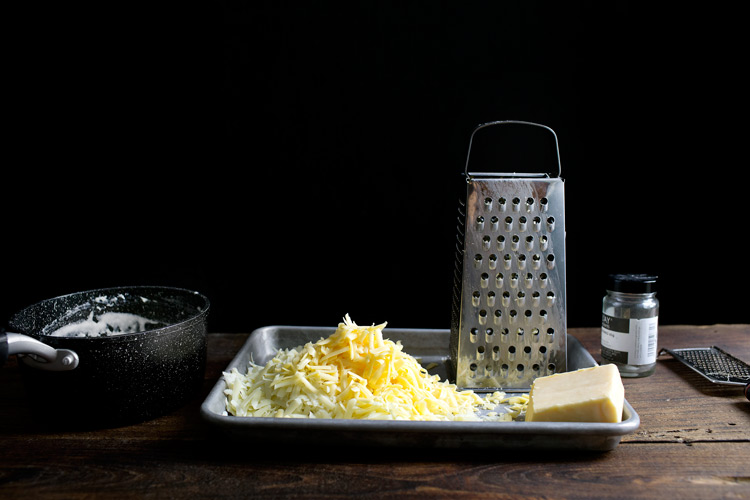 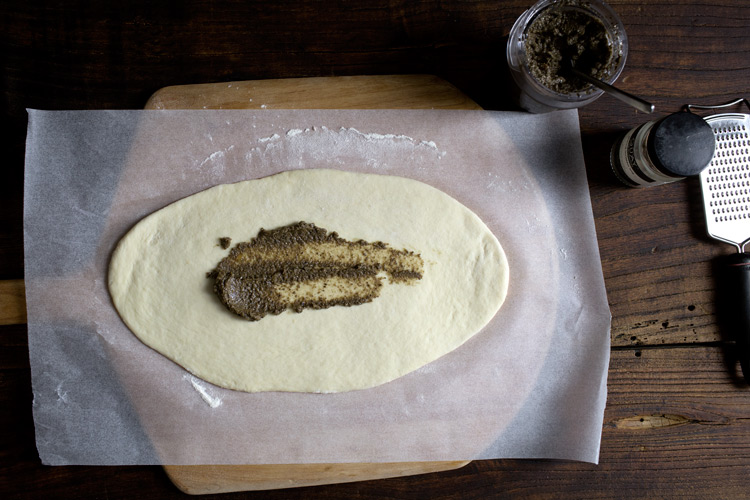 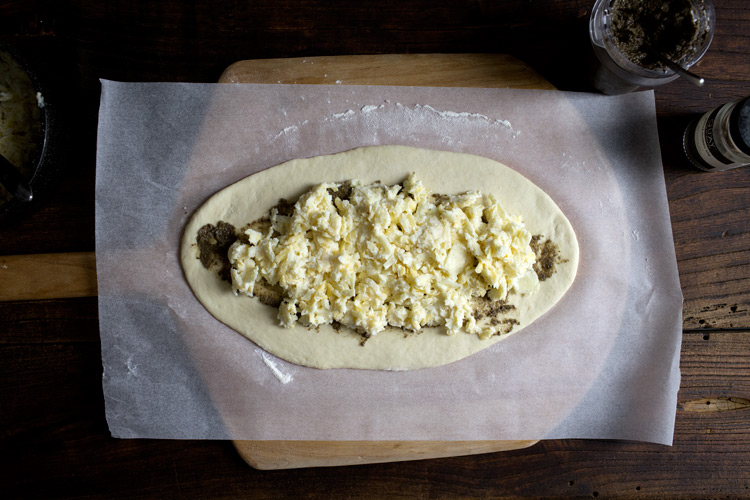 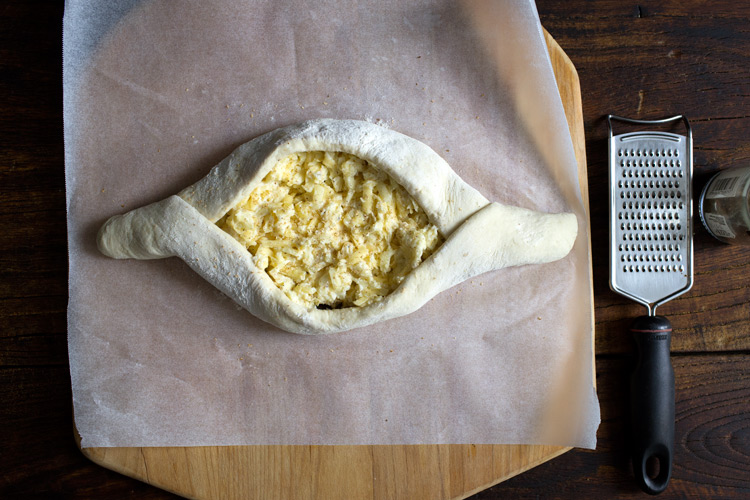 Then, amidst my struggling mind, under the tip of his knife and fork, my husband asked:

“So, a melted cheese, butter and egg bread-boat?  Why?”

“Really.  You need a reason for this?”

And that put a stop to my thoughts. 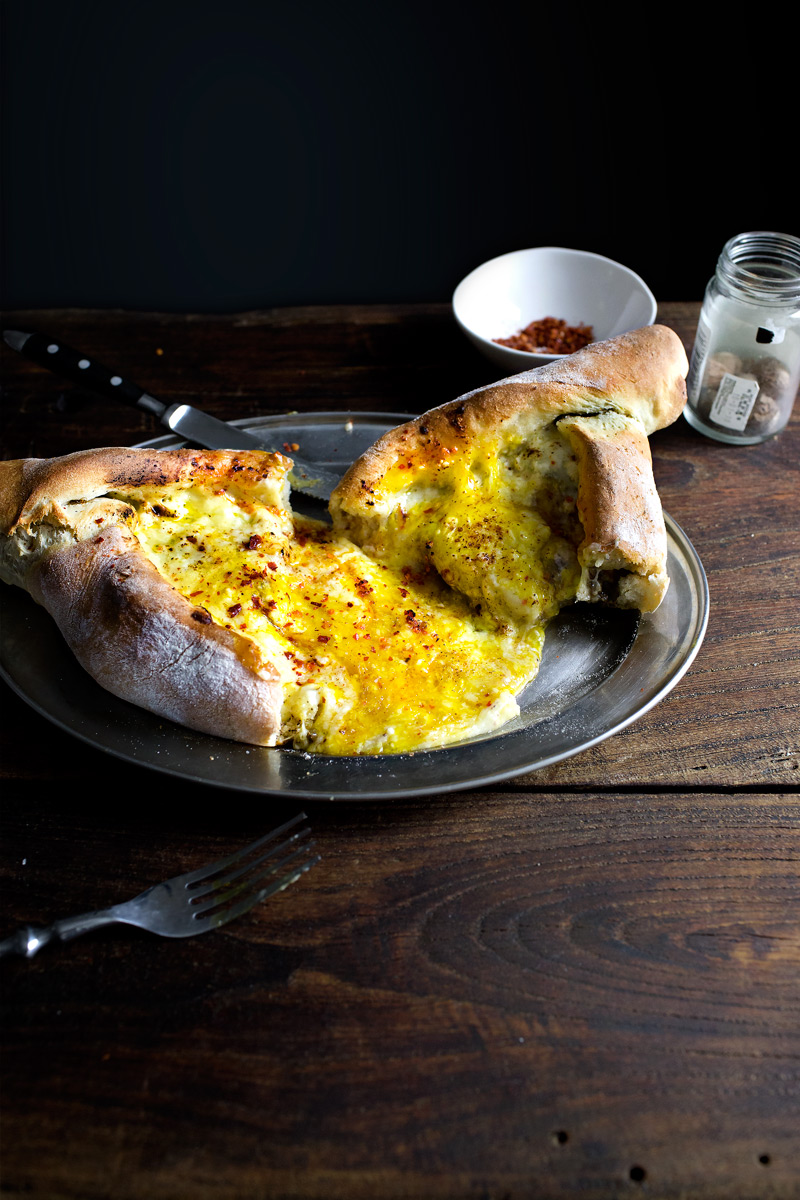 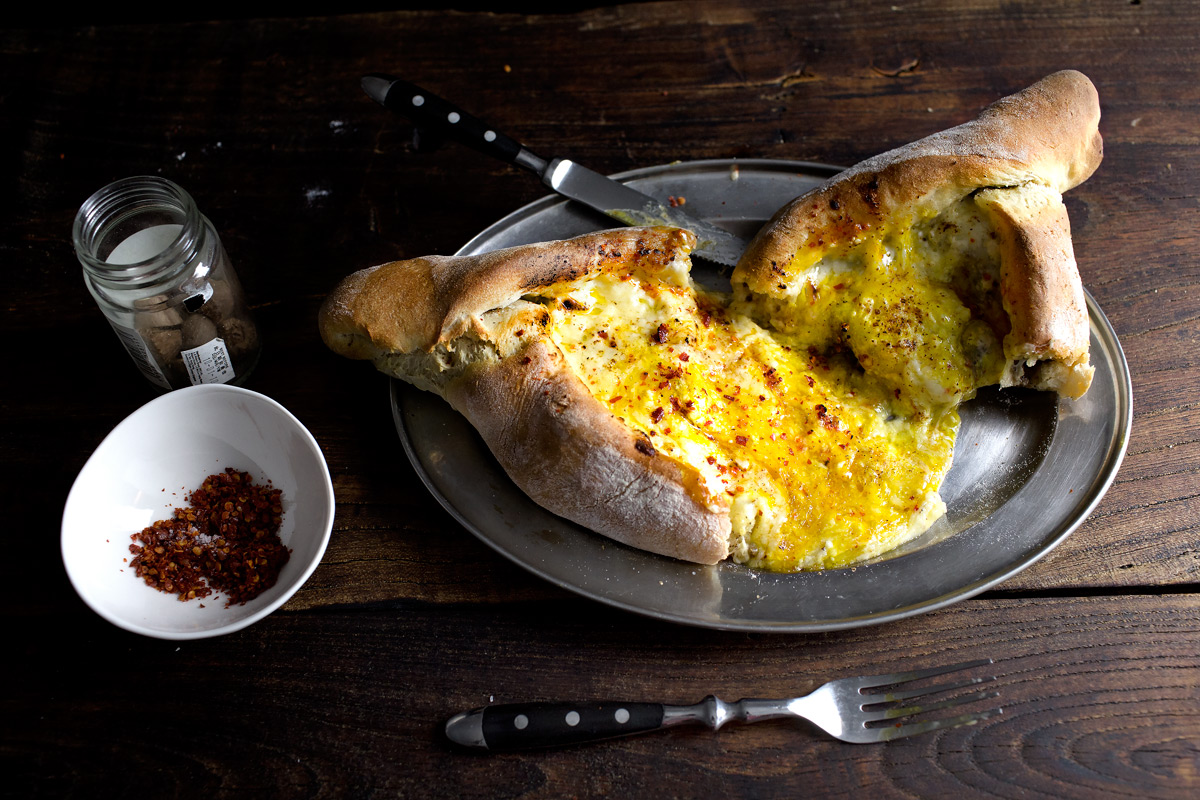 OK, a few things.   The recipe is very loosely adapted from here, and you’ll see that I’ve made quite a few adjustments.  First, for a lack of Georgian cheese-supplies, I used a more generic assortment of melty cheeses that were gruyere, gouda and dried mozzarella, which yielded a satisfactory gooey-ness and flavours.  And instead of mixing them with egg before baking, I used a thick bechamel sauce because… raise your hand if you’re egg-intolerant, too (you can use a beaten egg instead of bachamel).  Then, the added tapenade/olive pesto really gave the bread another depth of savouriness and flavour.  At last, I found a problem with that whole egg that went on top, which was the egg white could never be quite cooked in the same time for the yolk to remain runny.  So instead, I just placed a raw egg yolk on the finished product.

THE DOUGH:
THE CHEESE FILLING:
TO FINISH: 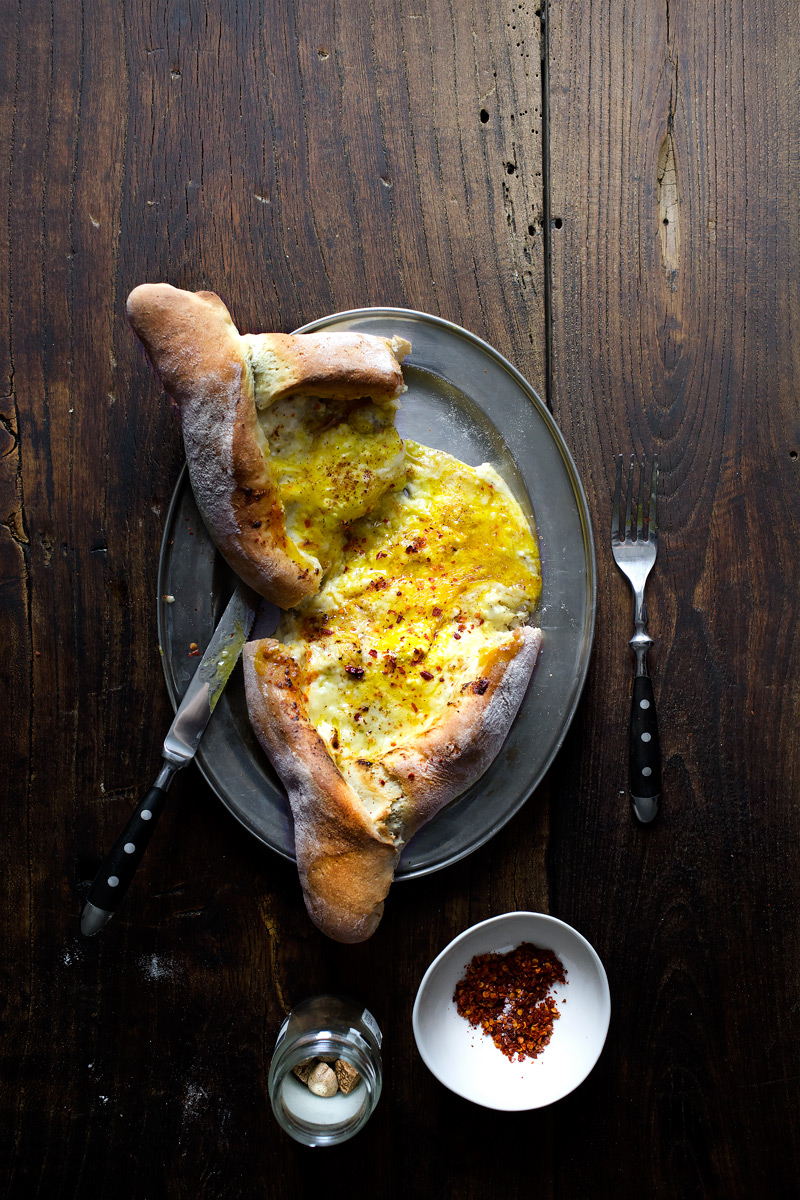