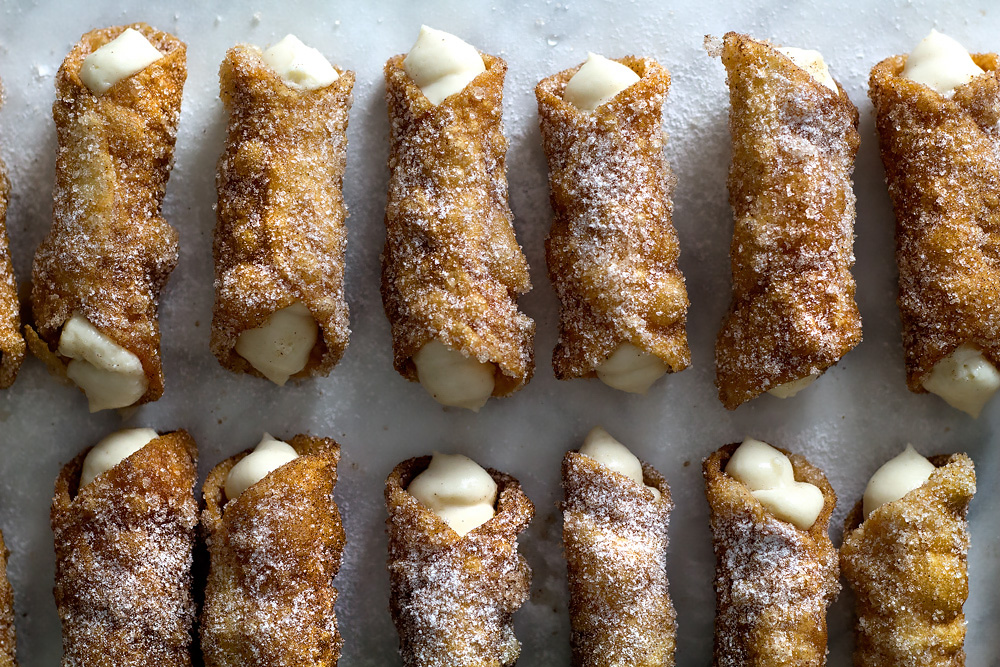 PUFFED, BLISTERED AND DELICATE, A PERFECT ALTERNATIVE FOR THIS TASTY ITALIAN TREAT 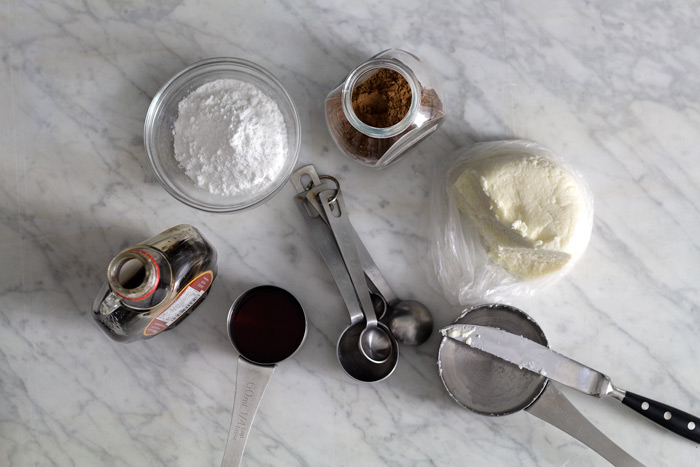 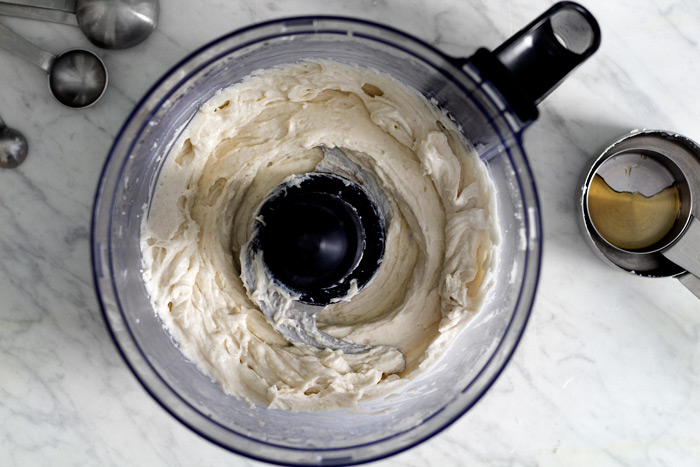 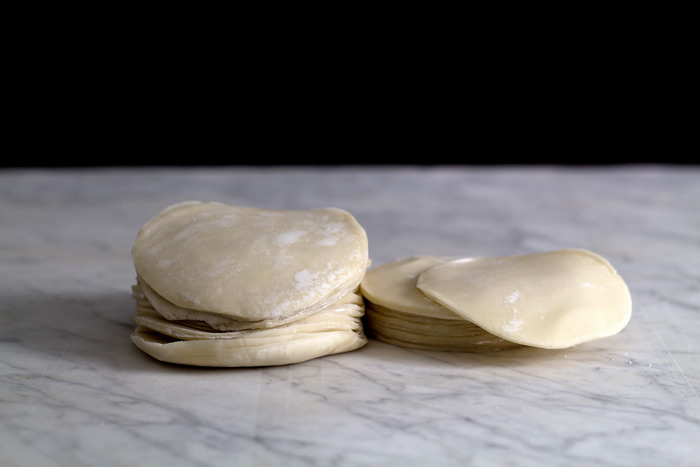 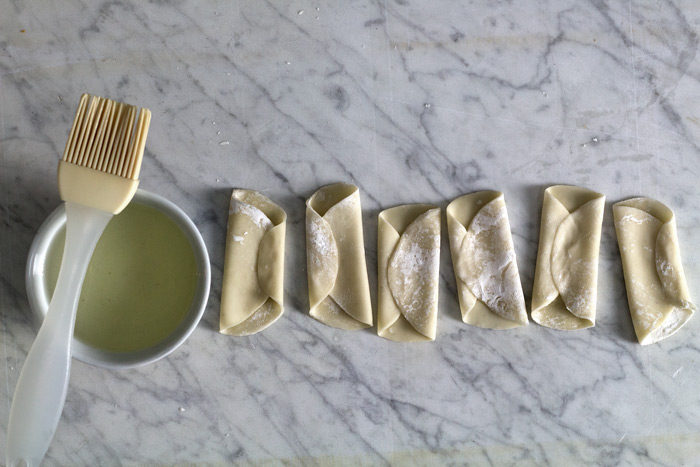 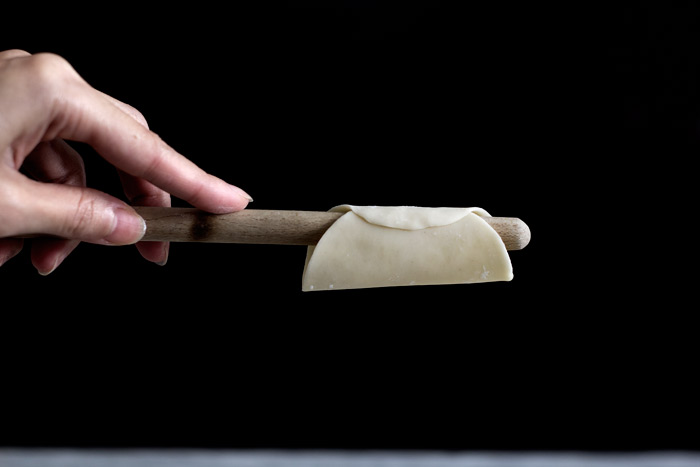 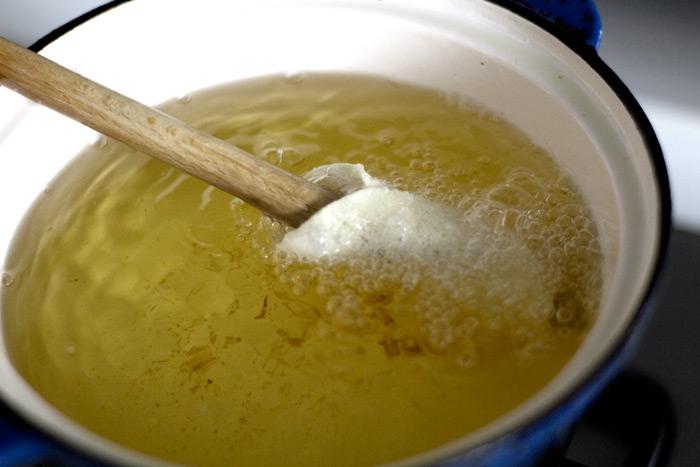 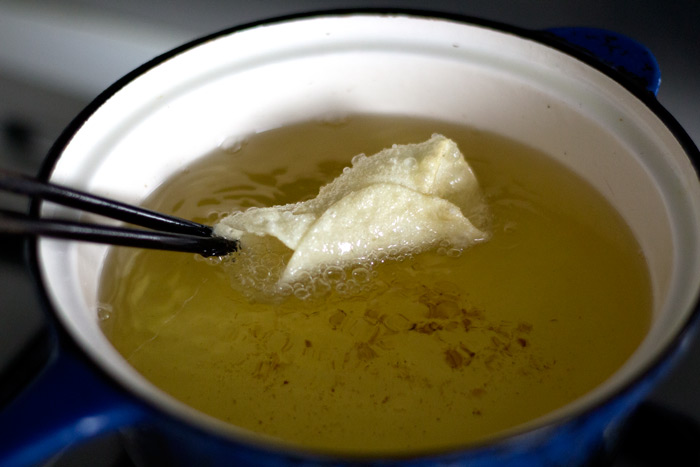 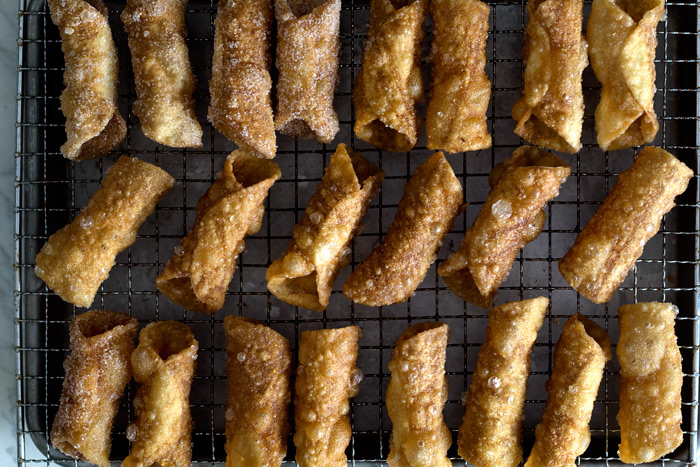 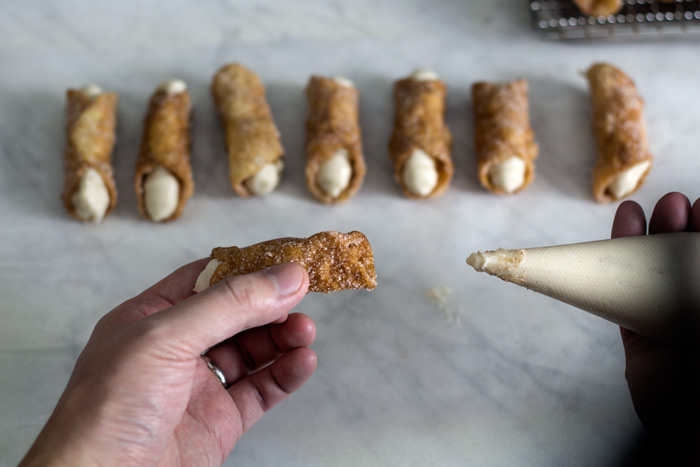 IT’S one of those days.

One of those days when I feel like unleashing a tornado of violence towards all things that come within close proximity, dead or alive.  The trees standing stupidly on the pavement.  The peasant birds that just took a shit outside my window.  The lazy-ass sun that isn’t doing its fucking job.  The dead voice of the automatic phone-operator…  Hell yes, I think the mailman should get some, too.

And it is quite disturbing that under such foul mood, I’ve made one of the cutest and daintiest pastry yet.  If you like cannoli and your world currently sucks, I think it’d be helpful to know that no dough-making or stainless steel molds are needed to make them at home.  You can do this instead.  Dumpling wrapper is some of the most under-utilized kitchen wonders.  Silky, smooth and slightly chewy when boiled.  But puffed, blistered and almost lace-like and delicate when deep-fried, a perfect alternative for this tasty Italian treat.  This is where the likelihood of my fragile state of mind is standing, on the back of a wooden spoon (a simple kitchen trick) and these wine-brushed dumpling wrapper cannoli, tumbled in cinnamon sugar and filled with maple-sweetened ricotta cheese.

What is it that they say?  Leave the gun, take the cannoli? 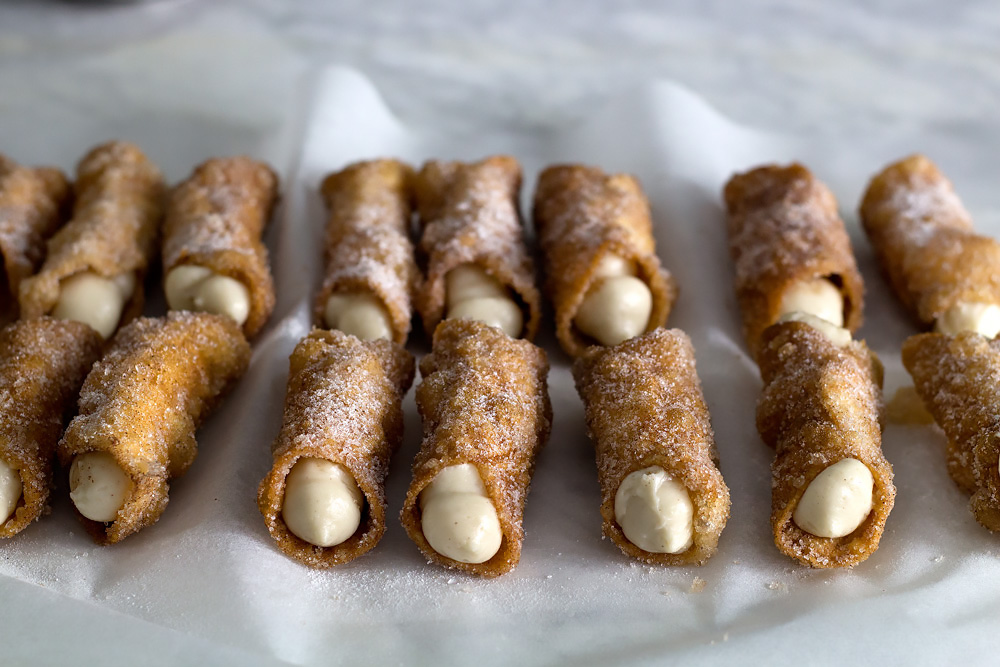 First, the wrapper.  It’s important to buy fresh dumpling wrappers (NOT wonton wrappers) that are still supple with good amount of moisture in them.  That’s what makes them puff and blister into large and small bubbles that creates the most beautiful crunch.  The wrapper should feel smooth and silky, soft and stretchable in your hands.

Then, the ricotta.  I used a whole milk ricotta that was ultra-thick, which I believe was pressed and drained inside a mold.  If you suspect your ricotta to be on the “creamier” or “spreadable” side, you can either wrap it inside a cheesecloth, and press with something heavy to drain off any excess liquid, or you can reduce the amount of maple syrup and use powdered sugar instead.

Then let’s talk frying oil.  I found that the wrappers puffed too extremely if the frying oil is too hot (say around 350 F/175 C).  I try to keep the oil around 325 F/165 C.  But don’t worry if you don’t have a thermometer.  Simply adjust the heat as you go, and you’ll be able to find the sweet spot after the first few wrappers. 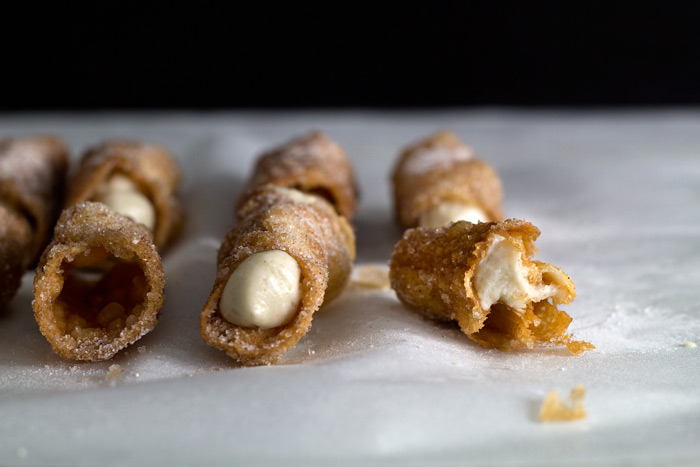 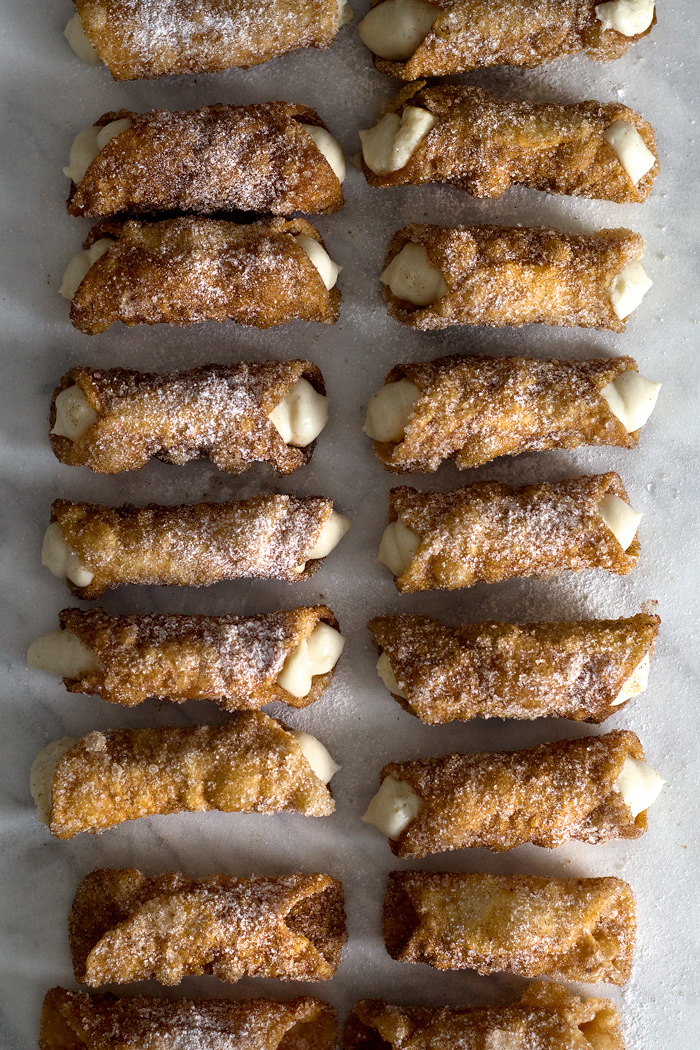