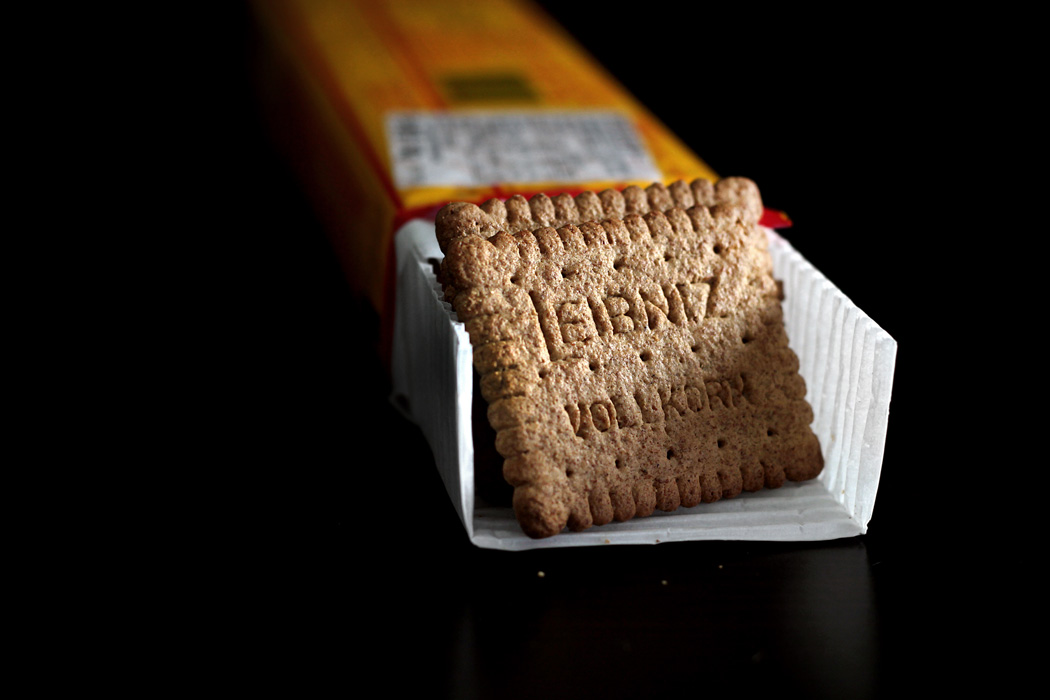 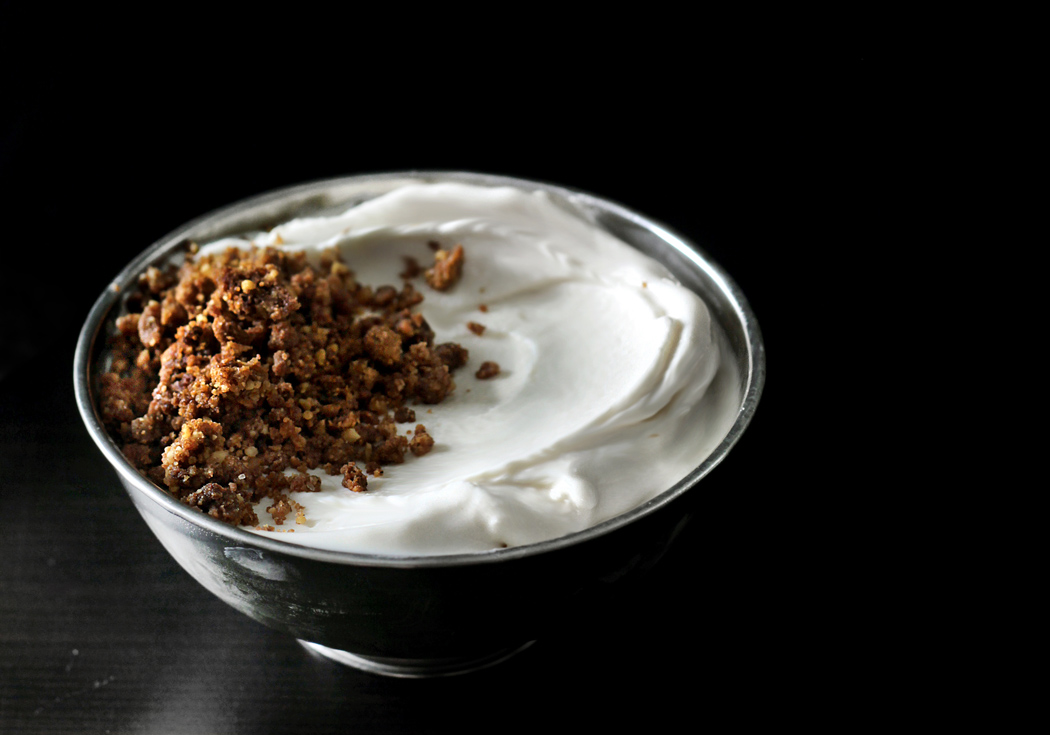 “FROZEN YOGURT THAT COULD OUT-STAND ROOM-TEMPERATURE”

The past few days have been weird.

From what it seems, you’d think that I’ve been riding the creamy white waves of exhilarating… homemade frozen yogurt. But behind the coolness and calm, there had been an underground storm of anger and injustice. 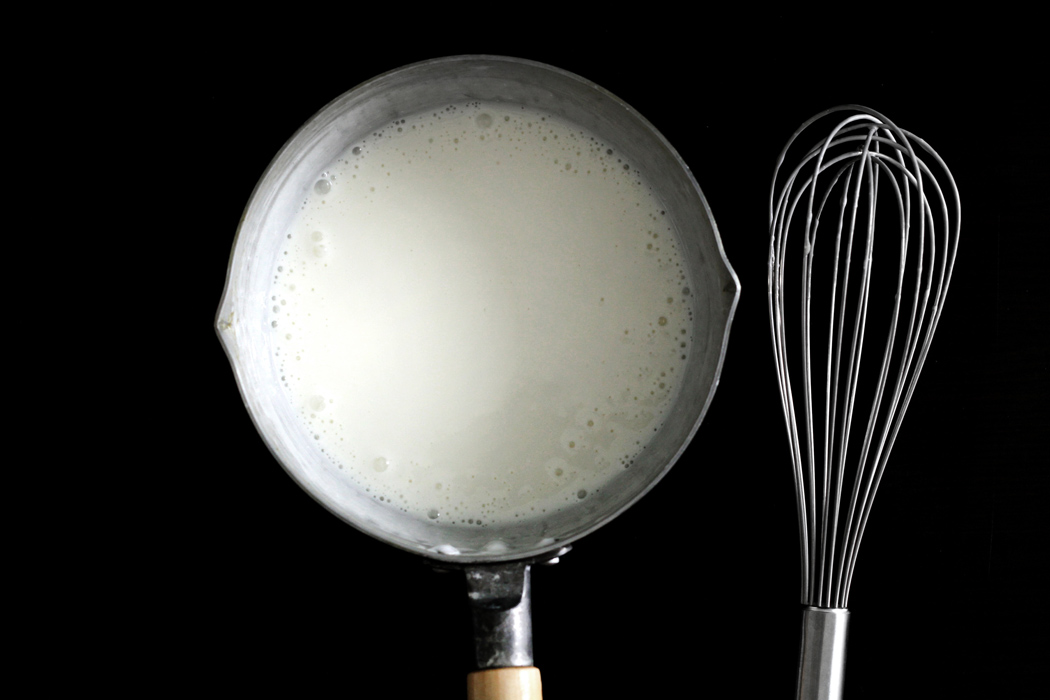 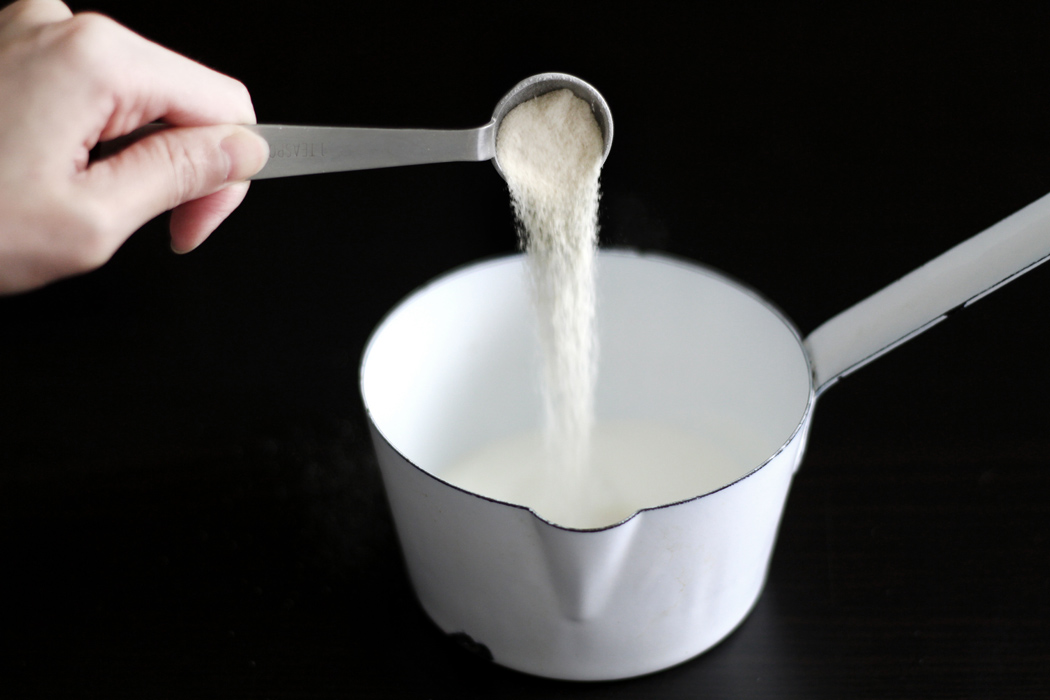 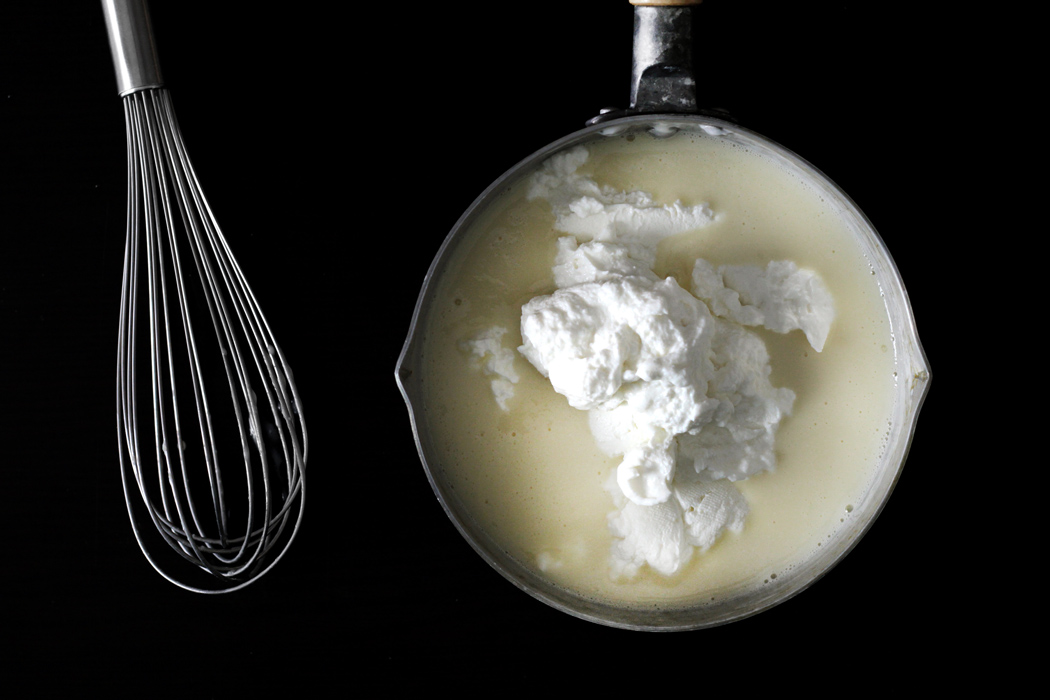 A few days ago I received something utterly under-delivered that really, really pissed me off.

It was a lousy, disappointing, half-assed bowl of frozen yogurt from a tourist-trapping hutong (Chinese for “traditional alleys”), that tasted more like grainy and watered-down mockery. You call this “frozen yogurt“?! This pile of white, soppy sadness? If you were gonna steal someone else’s idea at least do it fucking right. The sheer thickness of people’s skin to even be able to charge money for this crap, purely because they deal with and profit from ignorance, is the very poisonous root where this country ROTS. I mean did I mention I was pissed?

The day was warm and my yogurt blew. 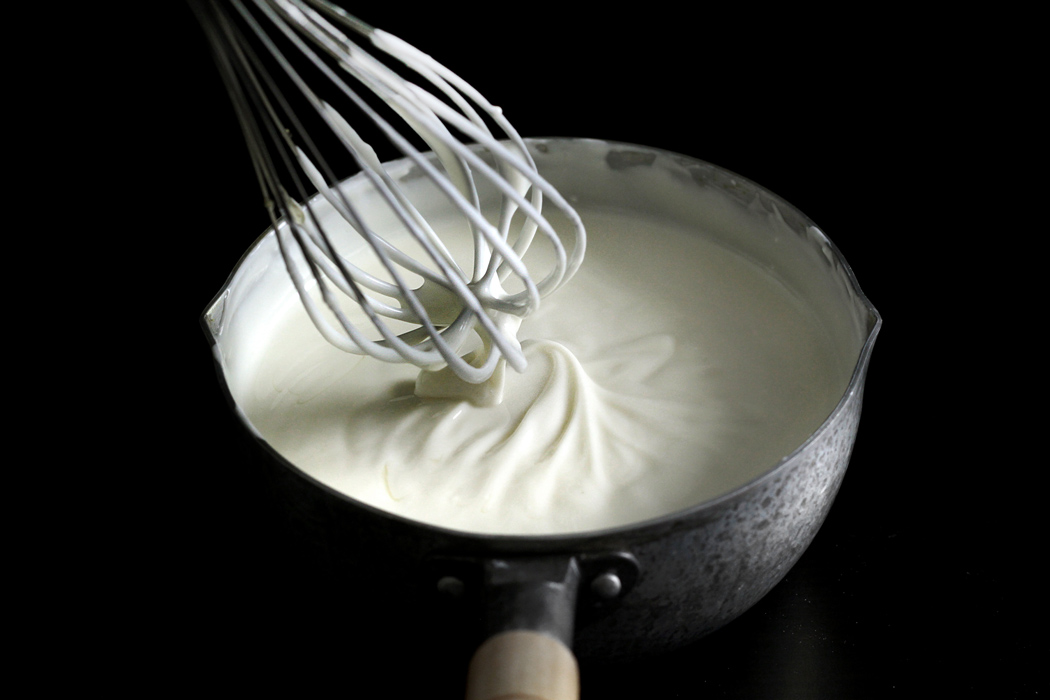 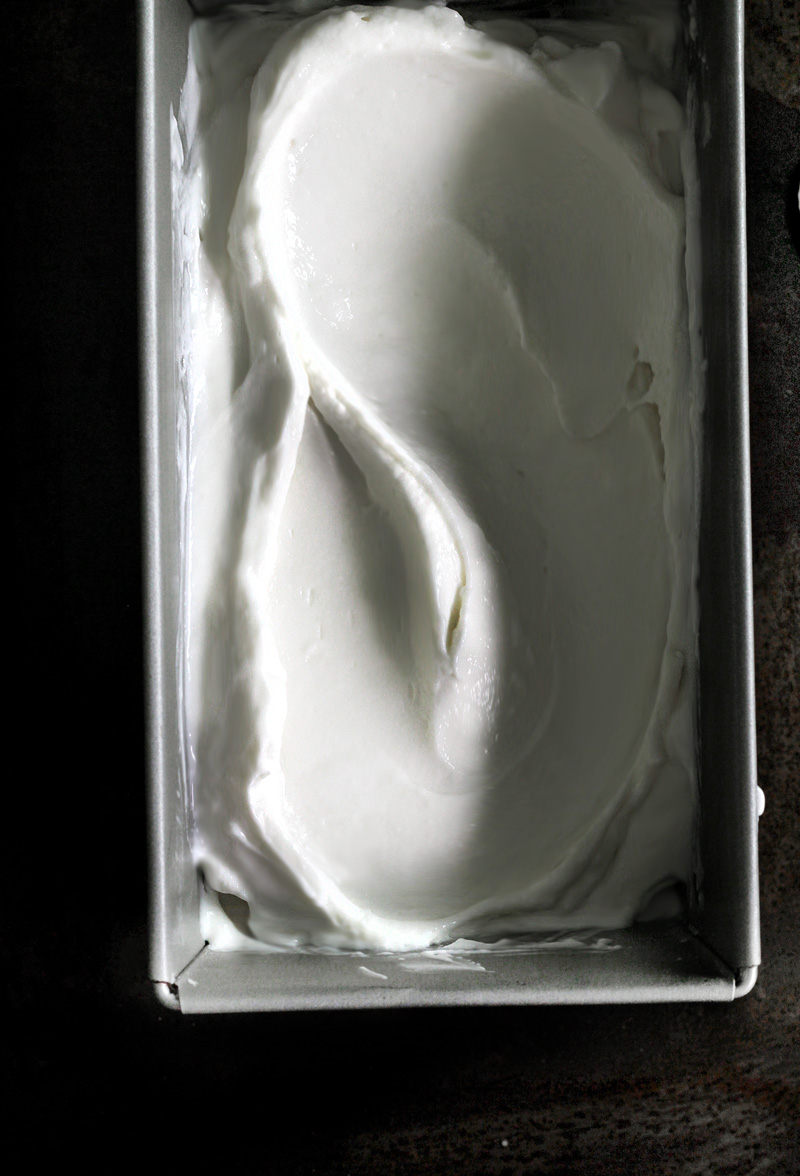 I came home with a mission to find an answer, but how? A dive in the ocean of frozen yogurt-recipes online left me no satisfaction for one reason only. They all, for reasons beyond me, resembled just hard-frozen ice cream. Why? If I wanted ice cream I’d gotten myself ice cream. The justice of frozen yogurt should and only be soft-served. But HOW?! Try the simple logic of eating churned yogurt right out of the ice cream-maker, and the grainy substance will melt faster than any grand expectations. Mine did. So again. How? How did Pink Berry do it, you say? By using anything but yogurt plus additives you wouldn’t find in your local groceries that’s how.

Back to square one. How?

Then by pure chance, I ran into an article on the notorious one-ingredient ice cream that is simply pureed frozen bananas, and found a clue to why something that should have ended up as a puddle of brown water, could miraculously become “ice cream” instead. The clue is pectin. A gelatin-like substance found in plants (also in the 20-something ingredients in commercial frozen yogurt), especially high in bananas, that acts as a binding-agent that… holds the bashed bananas together against the world. But I wasn’t familiar with pectin… instead, I had a box of long-neglected gelatin on the shelf that all of a sudden looked very friendly. Of course, if I hadn’t been such a narcissist… I would’ve found a lot of frozen yogurt-recipes online using gelatin before I even conducted my own test. BUT, in a way I’m glad I didn’t. I just got out my frozen yogurt maker (by which I mean myself) and got to work. 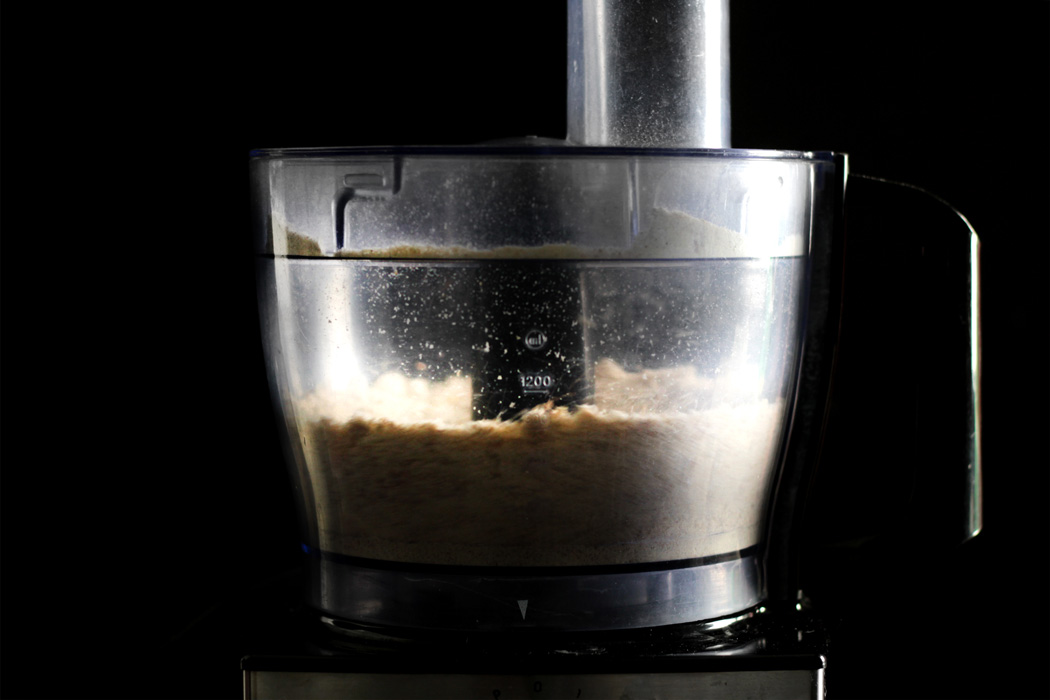 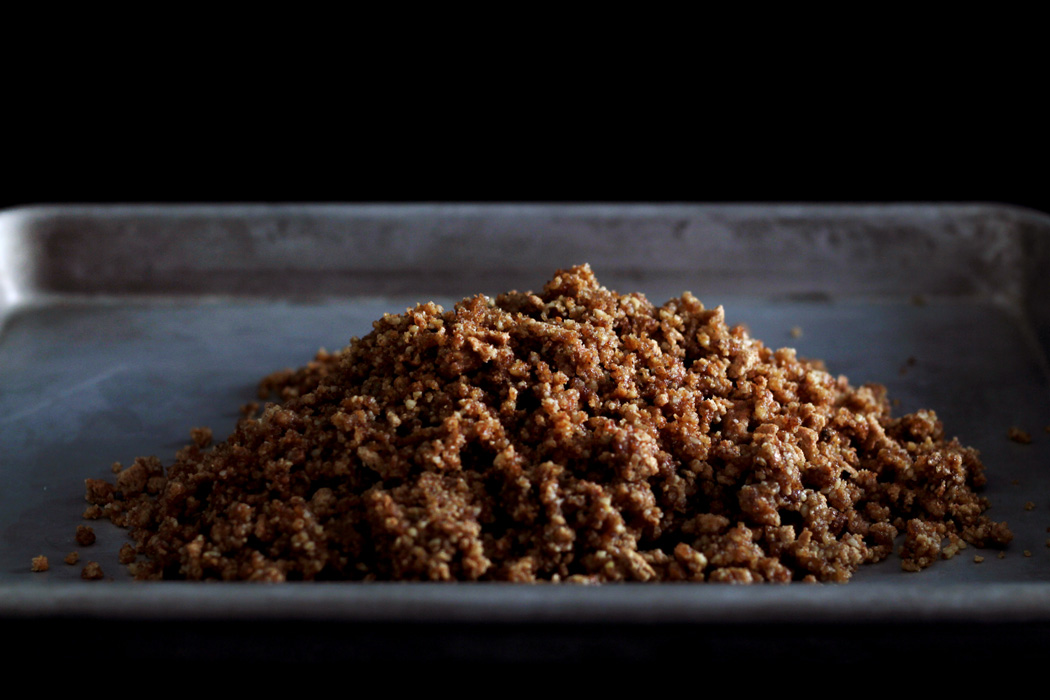 Most of those recipes uses too little gelatin, and sugar (instead of honey) that require cooking and a long time of chilling, and then again in the end, hard-frozen for no apparent reason! Soft serve! Soft serve!! That’s the only purpose of frozen yogurt, is it not?! Why did you think it was healthier?! Plus when you freeze gelatin, it looses its gooey-ness and thickness, and become nothing but ordinary homemade frozen dessert filled with large ice-crystals.

Save yourself some crunch-time and try this.

This recipe requires minimal cooking and no pre-chilling which could take several hours, and the result is extremely creamy and thick, mildly sweet frozen yogurt that could out-stand room-temperature and holds its shape. The gelatin does a fine job binding every single molecules together so that there is virtually no ice-crystal or unpleasant graininess, a perfect welcoming bed for all toppings to come. For example, but not limiting to, this buttery and nutty walnut and digestive cookie crumb.

There’s too much injustice in this world but the pure bliss of frozen yogurt should not be one. 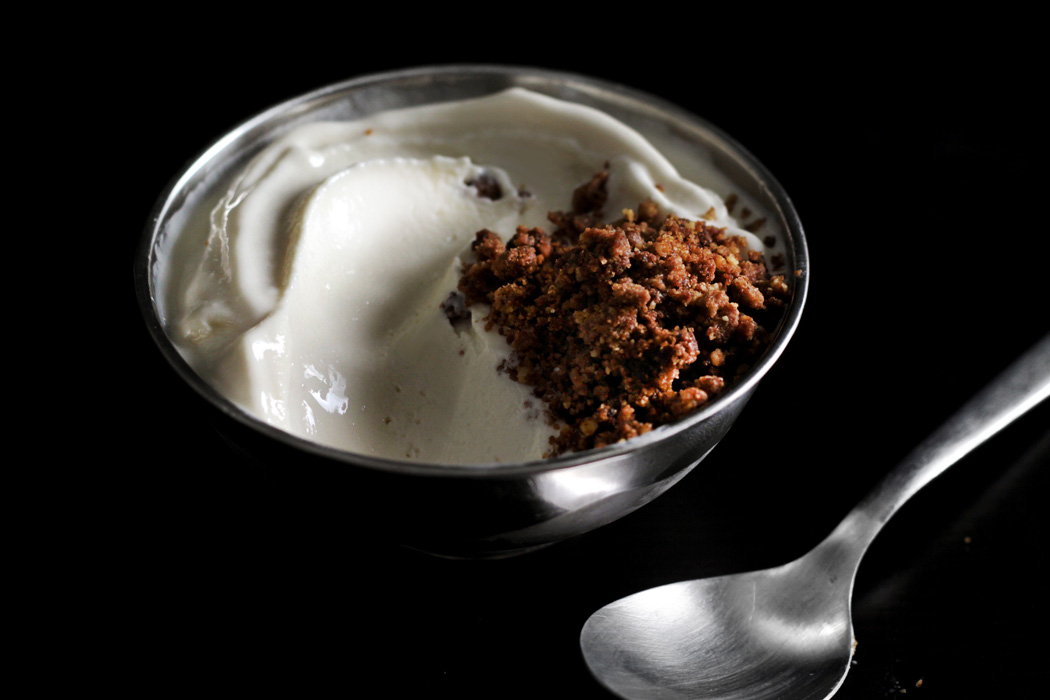 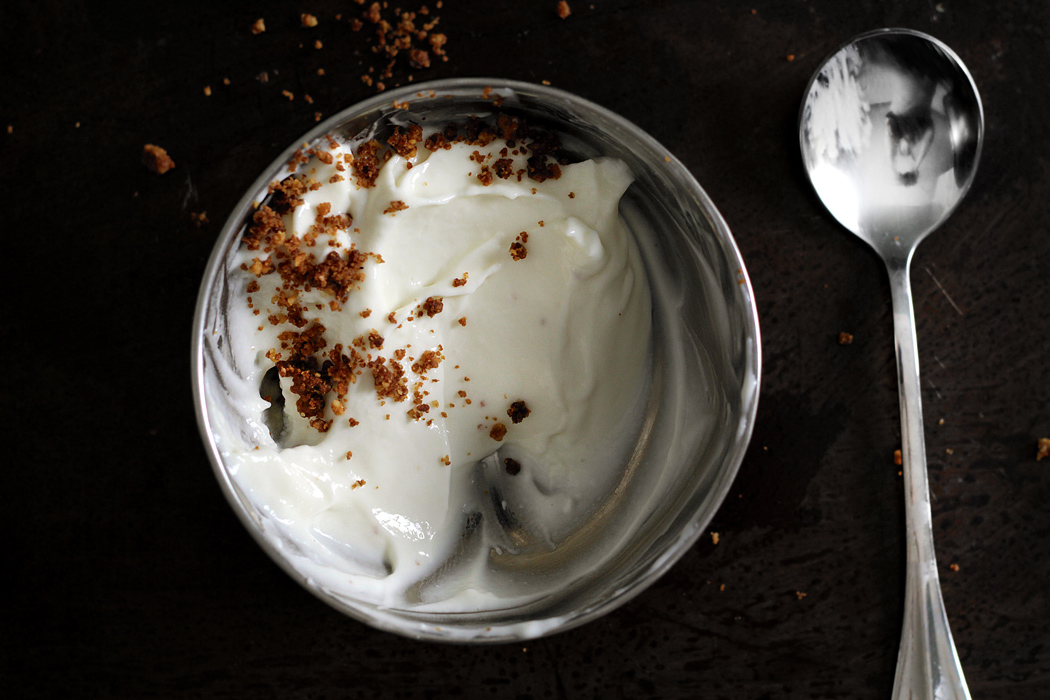 Don’t be scared, gelatin is natural and a great source of amino acids.

I strained plain yogurt to make my own Greek-style yogurt which I would assume was full-fat. You could use 2% if you’d like. But I wouldn’t go completely low-fat on both the Greek yogurt and plain yogurt because… well, it won’t taste good. The use of honey as the sweetener, instead of sugar, is quite important as well. It adds flavours, and it doesn’t require any cooking to dissolve which means no chilling-for-6-hours before hitting the ice cream-machine, which means this recipe will be served in an hour from start to finish.

Keep the Greek-style yogurt and 3/4 cup of plain yogurt in the fridge until the moment they’re needed in order to keep them cold. Add 1/4 cup of plain yogurt and sprinkle 3 tsp of unflavoured gelatin over the top in a small pot. Warm the mixture over low heat while stirring constantly with a spoon or whisk, until the gelatin has completely dissolved. You should only warm the yogurt just enough to melt the gelatin but never boil it. Add 3/4 cup of cold plain yogurt in a large bowl and pour the yogurt/gelatin-mixture over it while whisking with your other hand (you can use a hand-held mixer for this). The mixture should be smooth, thick but lump-free. Add the honey and whisk to combine, then finally the Greek-style yogurt. Whisk again until lump-free.

Since yesterday, I’ve been wondering if you could treat the gelatin-yogurt as frozen bananas ice cream for people who don’t have an ice cream-maker. And guess what? You can. Just make the yogurt-mixture exactly the same way as above, then instead of feeding it to an ice cream-maker, pour it into a shallow baking-dish and freeze until hard (at least several hours). Remove the hard-frozen yogurt and cut into small chunks with a knife (this is why it’s better to have it as a shallow slab for easy cutting). Add the chunks into a food-processor, then pulse. At first they will tumble, then they will break down into small pieces, then into breadcrumb-like consistency. And it may seem that they’ll never come together as a creamy mixture, but they will. Once they reach the breadcrumb-consistency, keep the food-processor running on high until eventually smooth and creamy. There. Magic soft-serve frozen yogurt. 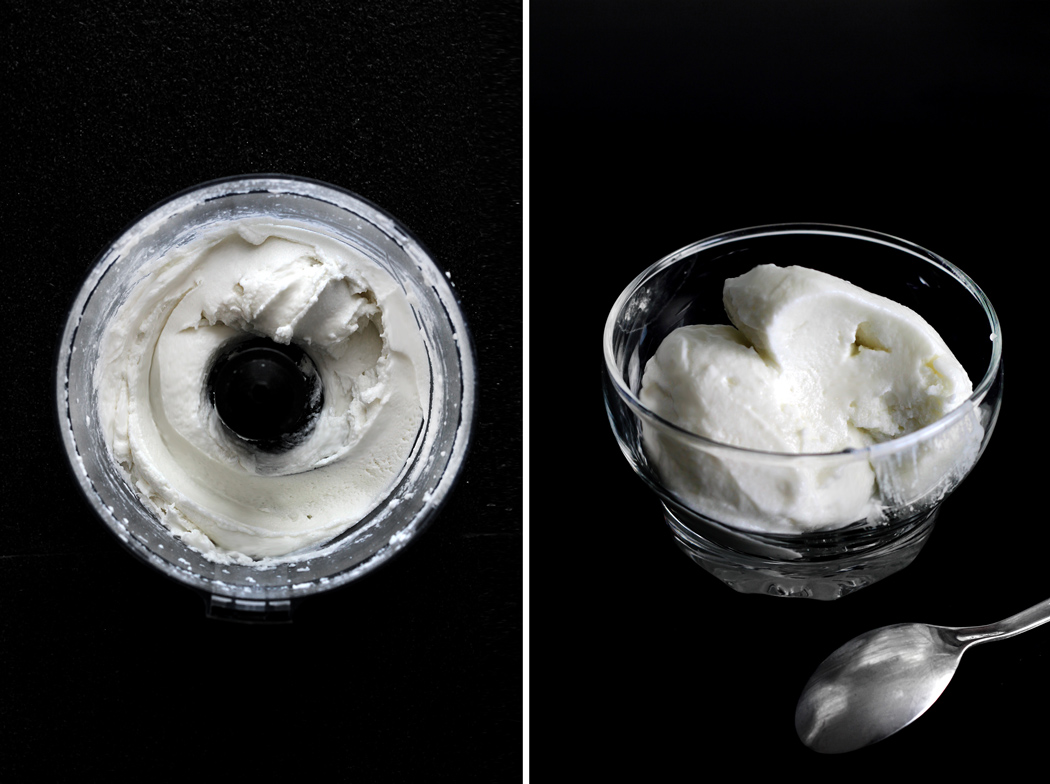 Walnuts and digestive cookie crumbs (can be made days ahead):

In a food-processor, pulse the walnuts, brown sugar, all-purpose flour, ground allspice, ground clove and salt together until they resemble coarse crumbs. Then add the crushed digestive cookies and pulse again until coarsely processed. Add the melted butter and pulse just a few times again until combined. Scatter the mixture in an even layer on a baking sheet and bake in the oven for 12 ~ 15 min until golden browned. Let cool completely, then store in an air-tight container until needed. 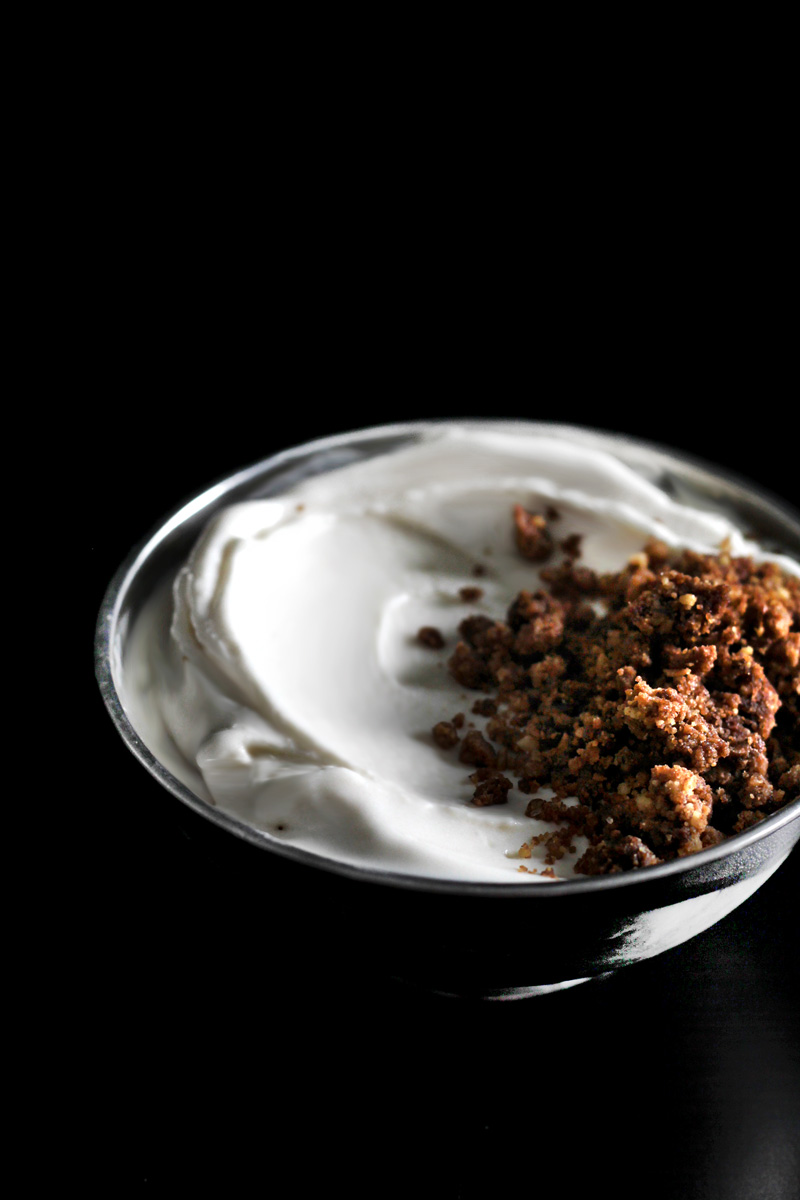