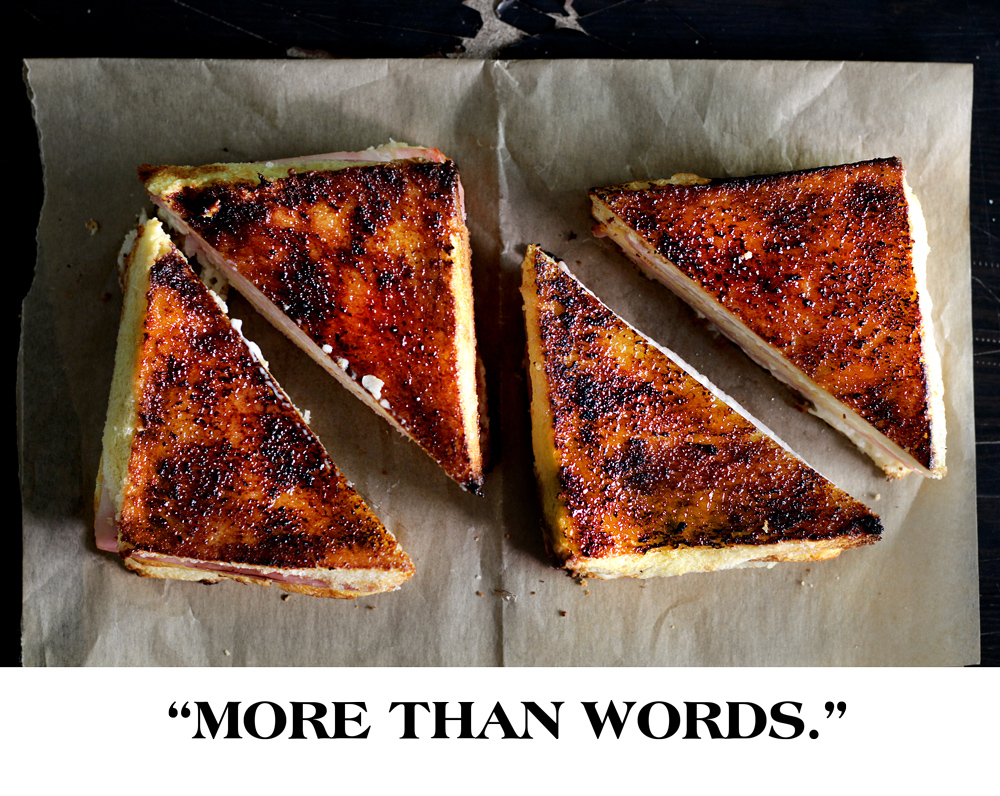 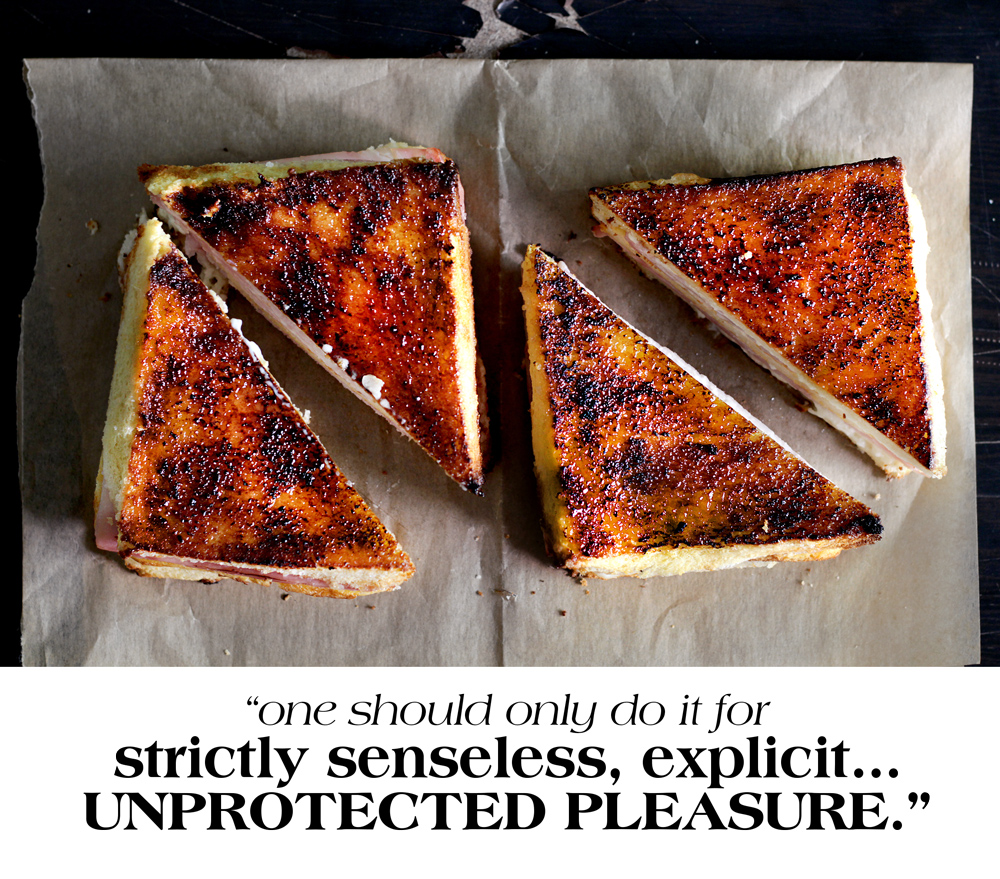 We’ve all heard about this growing up, that the adult life is all about responsibilities.  “Pfff, whatever…” I said.  I mean what does that even mean, really?  As if kids don’t got no responsibility, like I hadn’t already been tying my own shoes, wearing my painful braises, and attending my designated school every morning where I dealt with mean kids on my own like any accountable, dutiful children since seven.  Think I did all those for fun?  I was doing good for my own greater good.  Responsibility.  You know?  In fact, it seems that my whole life so far has been a reversed testimony for such statement.

As I am slowly coming to terms that my diligent, responsible life had took its last dying breath the moment… I became an adult. 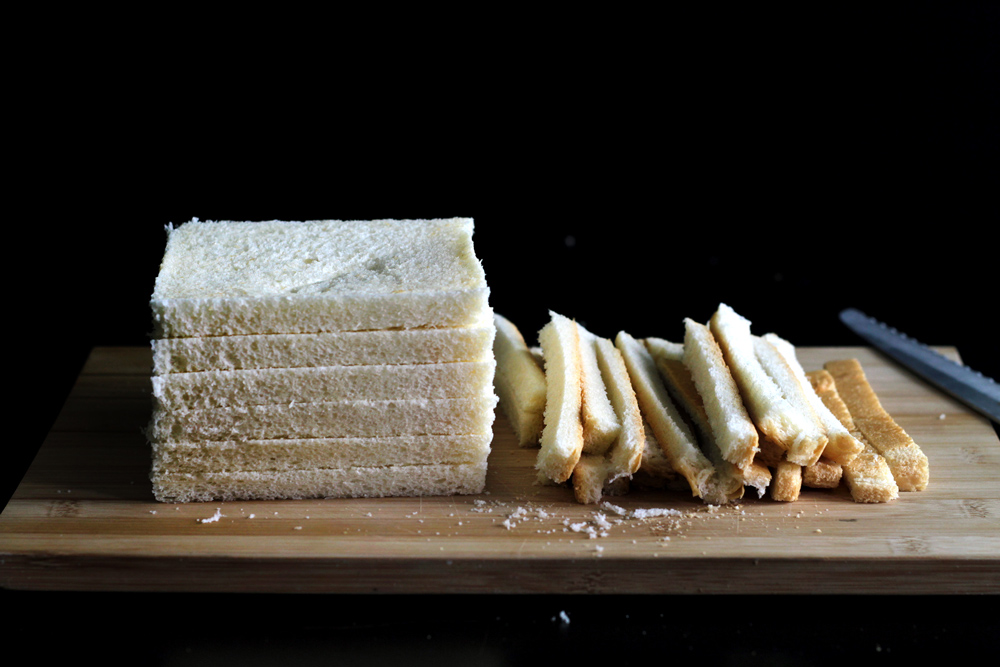 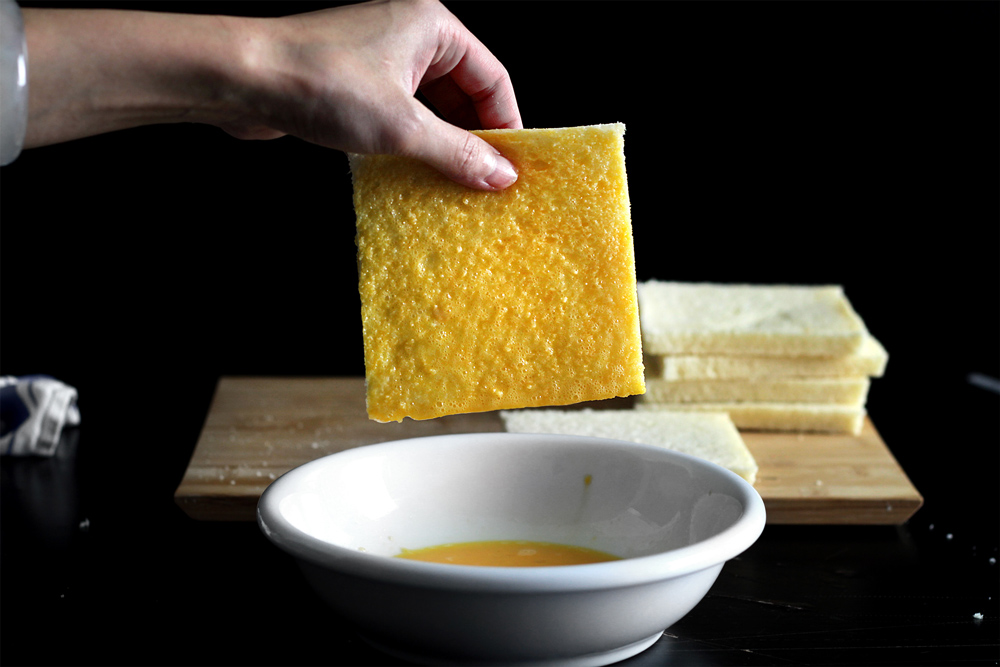 No, seriously.  Looking back long and hard a lazy decade later, I don’t think I can recall a single act by such definition.  Not only have I made my parasitic jump from one devoted host (hi, dad) to another (hi, hubby), but with a few red digits on my health check-up plus one rapidly slowing metabolism and a big 34! around the corner, I’m de-responsiblizing as we speak.  Evidently as a pre-middle-age woman with semi-senior physique, it has seem, unintentionally so, that for the past 20 months I’ve been making really irresponsible things for you, and then in a flash of conscience and remorse, tried to talk you out of eating them.  I mean how about this?  This is again, something that one would only do for absolutely no other reason, but strictly senseless, explicit… unprotected pleasure.  A savoury ham French Toast with sweet mayonnaise and creme brûlée surface, that I know is wrong.  But I don’t wanna stop.  Utter immaturity.  The inspiration of which, as other commonly committed irresponsible acts, comes from a concoction of accidental encounters in life mixed with a shot of unhealthy curiosity. 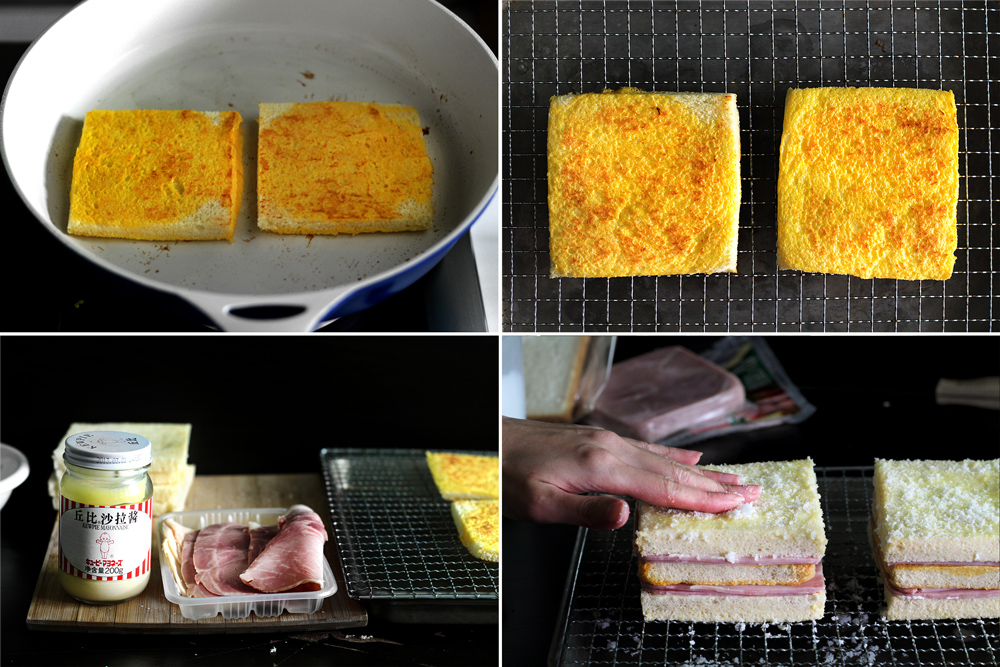 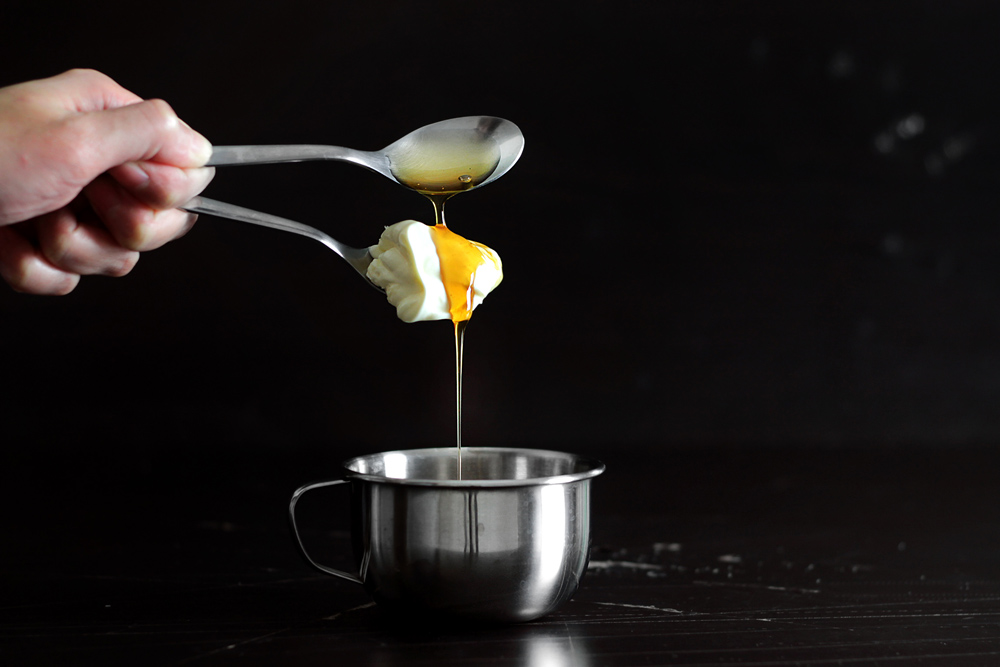 In this case, it was seeded from a childhood obsession over a Southern Chinese dish called Mi Zhi Huo Tui (honey braised ham) that’s served between steamed buns and… something mysteriously crunchy, which then grew into an adulthood addiction over ham and egg sandwich with sweet mayonnaise legally sold at all Asian convenience stores, which then all in all, confirmed a preliminary theory that, Any ham + Sugar = I Like.  Such theory then clashed into a monte cristo recipe published by Saveur, basically a French toast-version of the above that’s unapologetically dunked in refined sugar before serving… and as if that alone isn’t irresponsible enough, here’s where the curiosity comes in.  My absolutely compulsive nature to scorch every sugar-crusted surface until it hardens into caramel.

In a turn of the wheel of time… in the circle of recipe-life, completed the loop by serving as… something mysteriously crunchy. 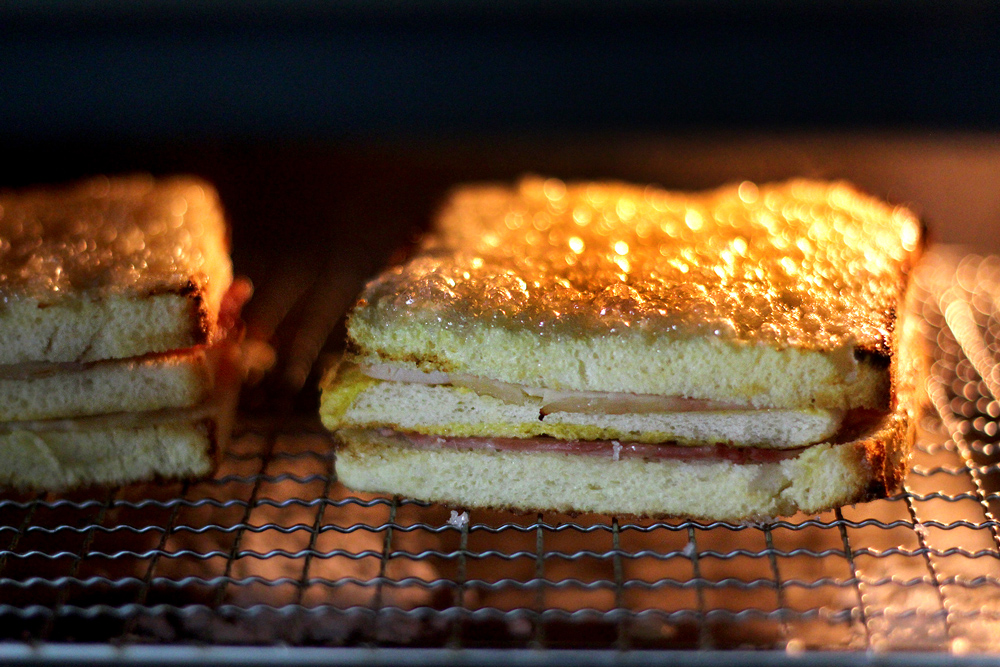 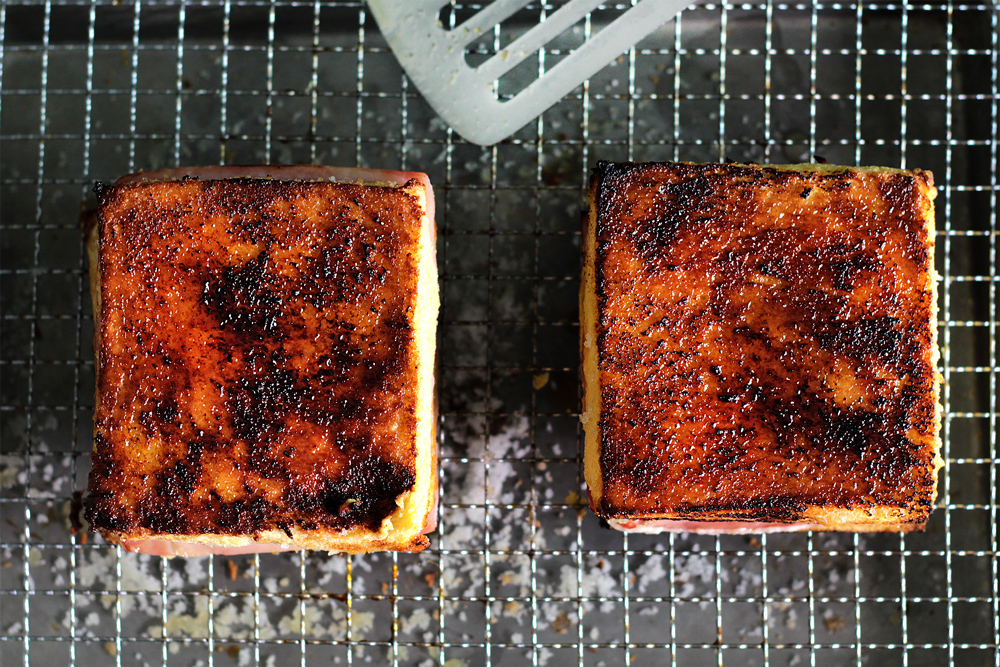 This is the kind of food that has a little voice, a voice that whispers bi-polar messages.  I know I was being bad… bad bad bad as I marched into this very childish and guilt-laden sandwich, an addiction that defies all logic.  At first it hits you with a crunch from the candied caramel surface, then the sugar melts into a happy swirl of creaminess, butteriness and salty porky-ness and goes down like shame.  It tastes so wrong… so irresponsible.. so un-adult-like.  My husband and I halted at around the third bite and left the half-naked sandwich laying on a white plate over the coffee table, while we paced back and forth the apartment, circling the premise like two hesitant sharks with one eye on the prey, and I don’t have to tell you how it finished.  In an effort to reclaim adulthood, the night ended with 45-seconds of hopeless planking and me sobbing in bath.  I felt dirty.

So here, please know that I’m truly sorry.  But I guess this is where I have to leave the choice to you.  Are you an adult yet?  Mmmmmm…. so good… 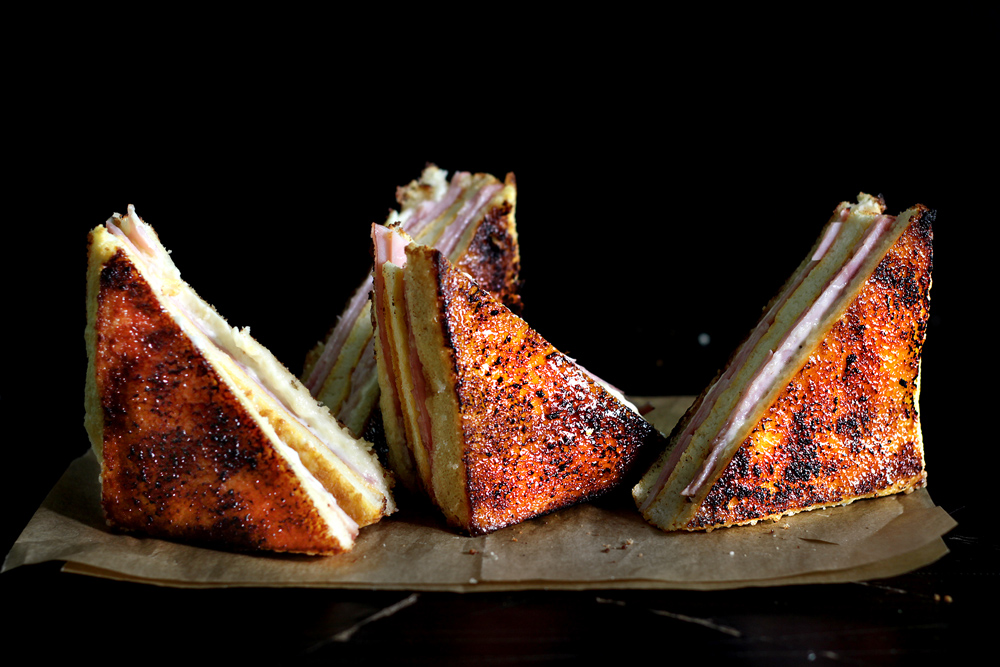 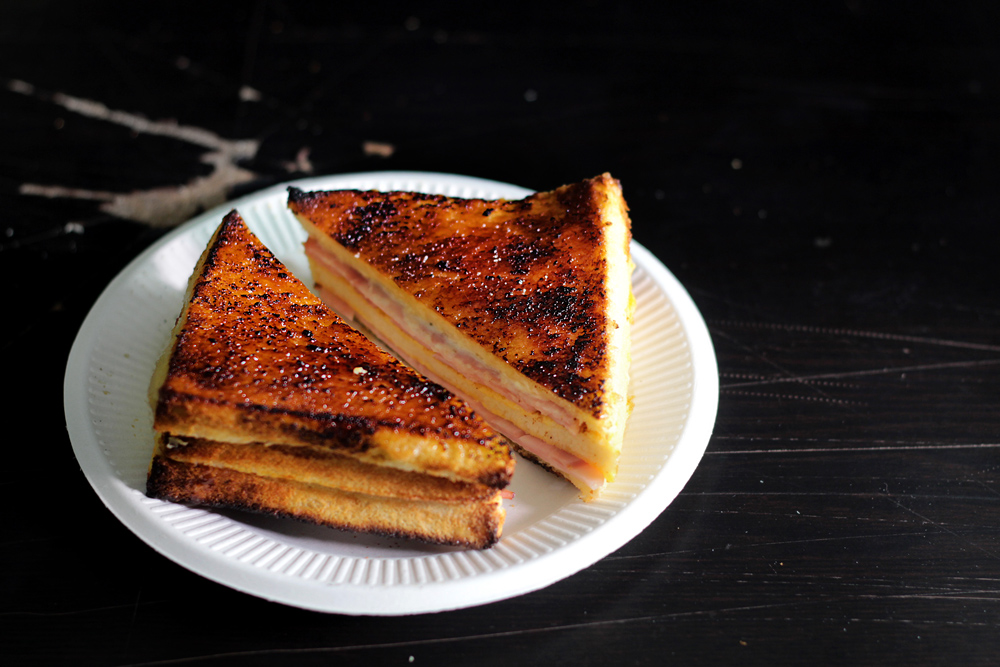 Preheat the broiler on high.

Trim off the edges of the breads and set aside.  Beat the egg inside a wide/shallow bowl until it’s more watery than thick, and set aside.  Heat up a non-stick skillet over medium heat.  Dip 2 slices of bread into the beaten egg on both sides (only about 1 second for each side otherwise the breads will absorb too much egg).  Then cook the breads in the non-stick skillet until the egg are lightly browned on both sides.  Transfer to a rack until needed.  Smear about 1 tsp of Japanese mayonnaise (or American mayonnaise mixed w/ honey) on only 1 side of the remaining 4 slices of breads, and start building the sandwich.  Place 2 slices of ham on 1 bread with mayonnaise, then top with a slice of browned egg-bread, then 1 more slice of ham and cap with another slice of bread with mayonnaise.  Repeat with the second sandwich.

Mix 1/4 cup of whole milk with the remaining beaten egg to make a custard, and set aside.  Evenly smear about 1/2 tbsp of unsalted butter on each side of the sandwich, then dip both sides into the custard.  Allow all edges of the breads to absorb some custard (or it’ll burn too easily in the oven), about 2 seconds on each side, then place the sandwich on top of a buttered baking rack over a baking sheet.  Use your hands to evenly spread a thin but consistent layer of granulated sugar (approx 2 1/2 tsp for each) over the top of the sandwich.  Use your fingers to smooth out the sugar and make sure that it extends to the edges of the bread (it’s ok if you push off some excess sugar in the process).  Place the sandwich about 2″ below the broiler and toast until the sugar has browned and caramelized.  You may need to rotate/re-position the baking sheet for even browning.

Once the first side is caramelized, take the baking sheet out of the oven and allow a few seconds for the sugar to harden.  Then flip the sandwich and apply another layer of sugar on the other sides of the sandwiches, and return them to the broiler to caramelized again.  If you have a kitchen torch, it would come very handy for fixing uneven spots.

The candy surface crackles even more beautifully when the sandwich cools down a little. 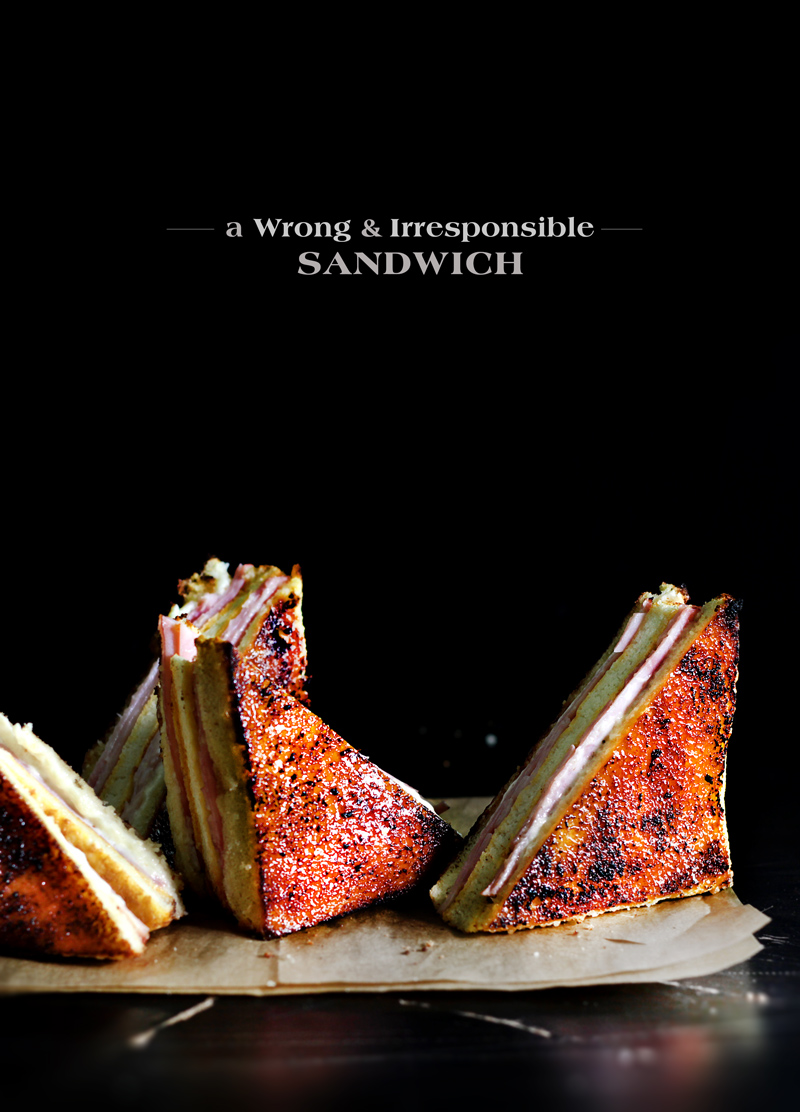