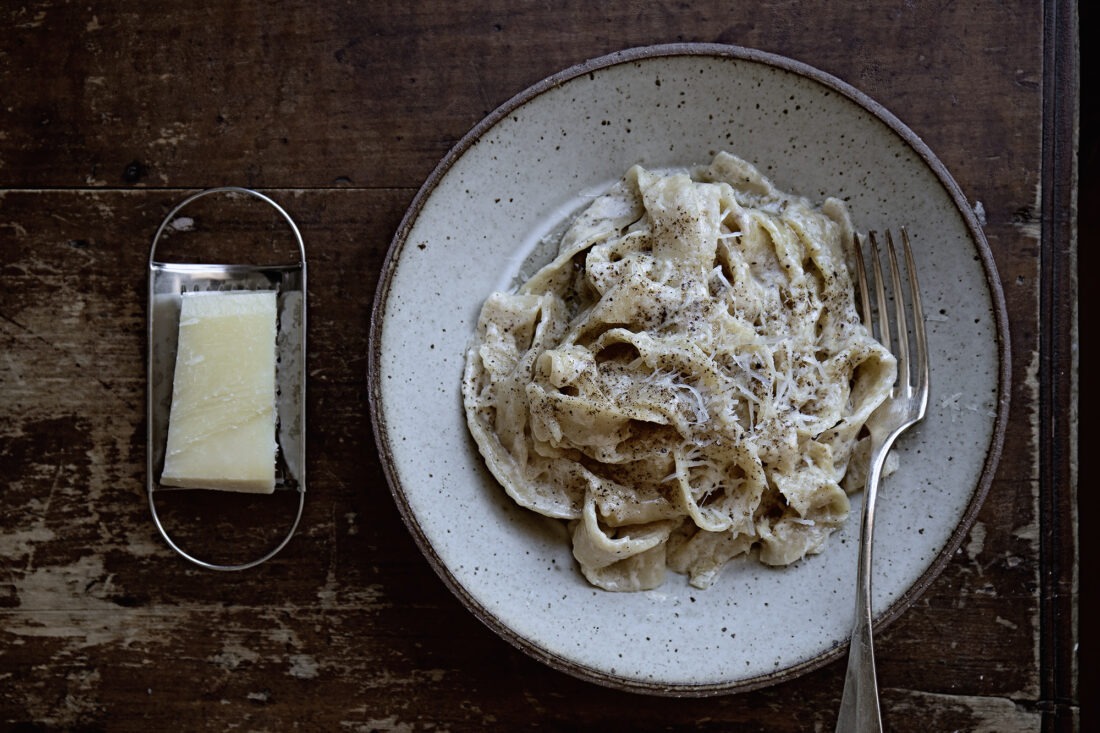 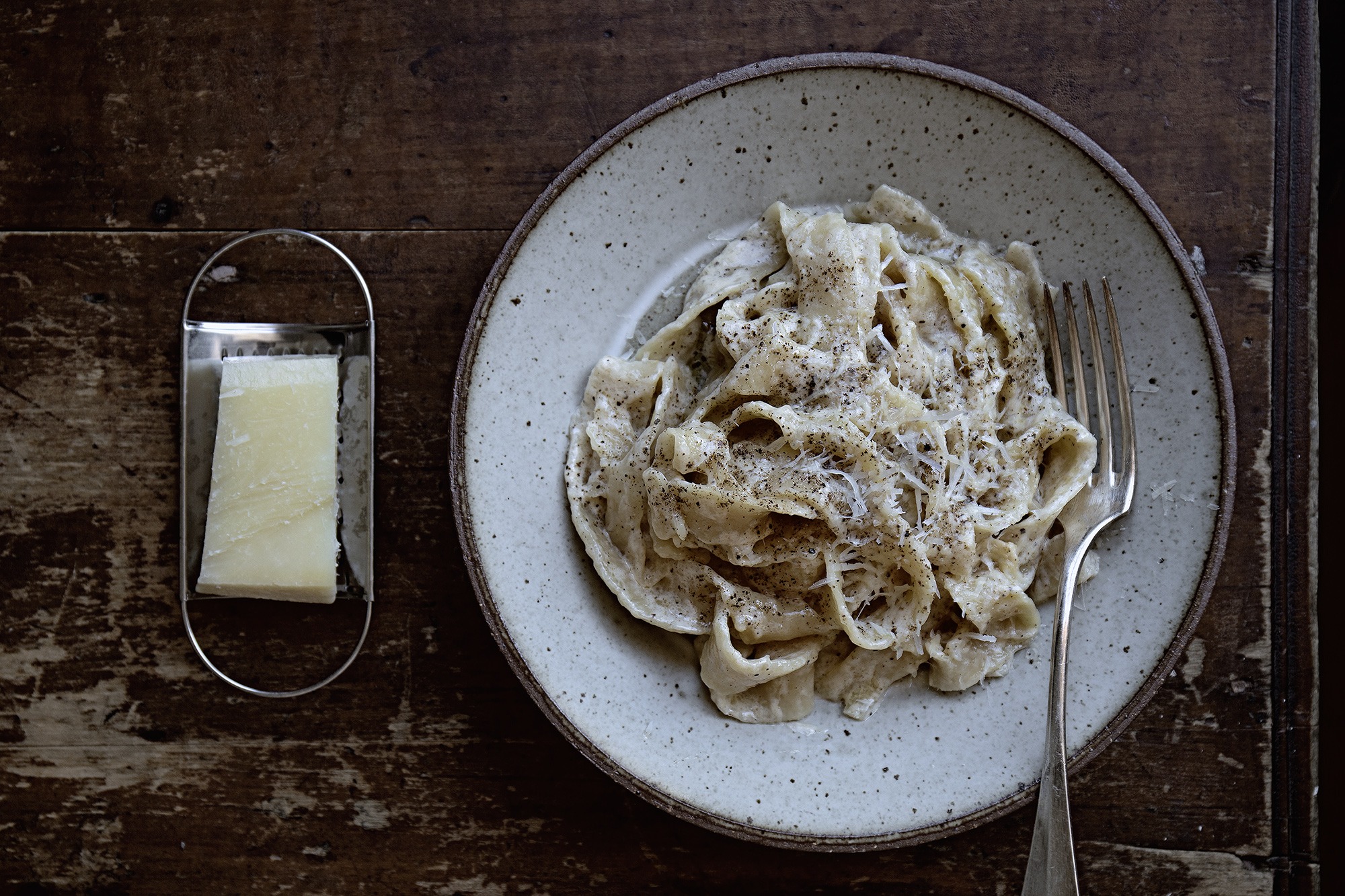 Yes, a dumpling.  No, not just any dumpling, but a dumpling, or more specifically, the wrapper of a dumpling that comes from the Fujian region of southern China.  They call it, yanpi dumplings, or aka, rouyan.

(In direct translation meaning “meat sparrow”, poetically because of the dumpling’s tiny bird-like physique, appropriately anticipated to be played by Johnny Depp in a Disney adaptation.)

What sets this dumpling apart from any others is that its wrapper – instead  of being made of wheat flour or any stand-alone starches – is, like magic, predominantly made of pork.  Yes, pork, plus tapioca starch to be exact, but nonetheless, mainly fucking pork.  How is this even possible you ask?  Well, it involves a meticulous process of mercilessly pounding lean pork literally to a pink pulp before repeatedly mixing and rolling it with tapioca starch until the mixture flattens into submission, defies logic, and expands into a sheet so thin it’s almost paper-like.

For no other reasons than the hand-pureeing of pork and how impossibly thin this wrapper is required to be (both none-issues in this recipe so relax), that the process of making yanpi had become too labor-intensive and thus impractical to be adopted by popular food culture on the international stage, as it remains, unfortunately so, still just a little-known local delicacies in selective parts of southern China.

Now, this brings me back to Mars.

Thing is, you simply don’t know where discoveries will take you.  Before industrial revolution when meat was still expensive and voluptuousness implies prestige, did a dumpling wrapper really need to be made of pork, thus making it low-carb?  And back in the several centuries before the concept of gluten was even a thing, was anyone crying out loud for it to be made of starch instead of wheat flour, thus making it gluten-free?  Did all the back-breaking R&D behind this dumpling wrapper, the blood-stained tears of the chef and the splitting callus of his hands, really answering at the time to a much needed demand of the society at large?

Fuck no.  Just a dude who got curious and a lotta other dudes who thought it was tasty.  If all thing went correctly in the world, chances were, this wrapper should’ve faded into obscurity like corn dogs.

But, as you might know, it came the age of the new world.

And who would’ve thought, with it, also came an incredibly large demographic who successfully convinced themselves to be gluten-sensitive even though they most likely are not.  And weirdly, foods became such an excess that obesity is liken to a pandemic and carbohydrates are passionately identified as the evil culprit.  The world, unexpectedly, had become a place where gluten… well does something to you… and carbs definitely makes you fat.  A world where the validity of this little invention called yanpi, all of a sudden, arose to be legit, sound, or even direly needed.

Not anymore as a dumpling wrapper but, listen to this, as an all-purpose, actually chewy and silky, gluten-less and low-carb alternative dough to all things noodles and pasta.

Do I have your attention?

Now remember the issues of it being a labor-intensive business?  Well, with the new world it also came, the great food-processor.  With modern machinery, the pureeing of the meat… oh speaking of which, I have substituted the tradition of pork with chicken breast for more accessibility… the pureeing of the meat becomes entirely effortless.  And because of the repurposing of the dough from paper-thin wrapper to noodle/pasta, this recipe is honestly much easier than regular noodle or pasta.  Very minimal kneading is required, no resting and the elastic nature of wheat flour (gluten) to combat with, I found the process to be a relative cinch.

Is it carb-free?  Absolutely not, but with more than 50% being lean protein, I’d imagine that in your leg-shaking, noodle-deprived moment of urgent desire halfway through a miserable diet, it would come to your boiled fish meal like a god-sent.  Not to mention that you can adapt it to any recipes you prefer, with this simple fettuccine alfredo as a start in this unexpected journey of a little dumpling they call the meat sparrow.

So, what I’m trying to say with all this is, yes, I’d like to know more about Mars. 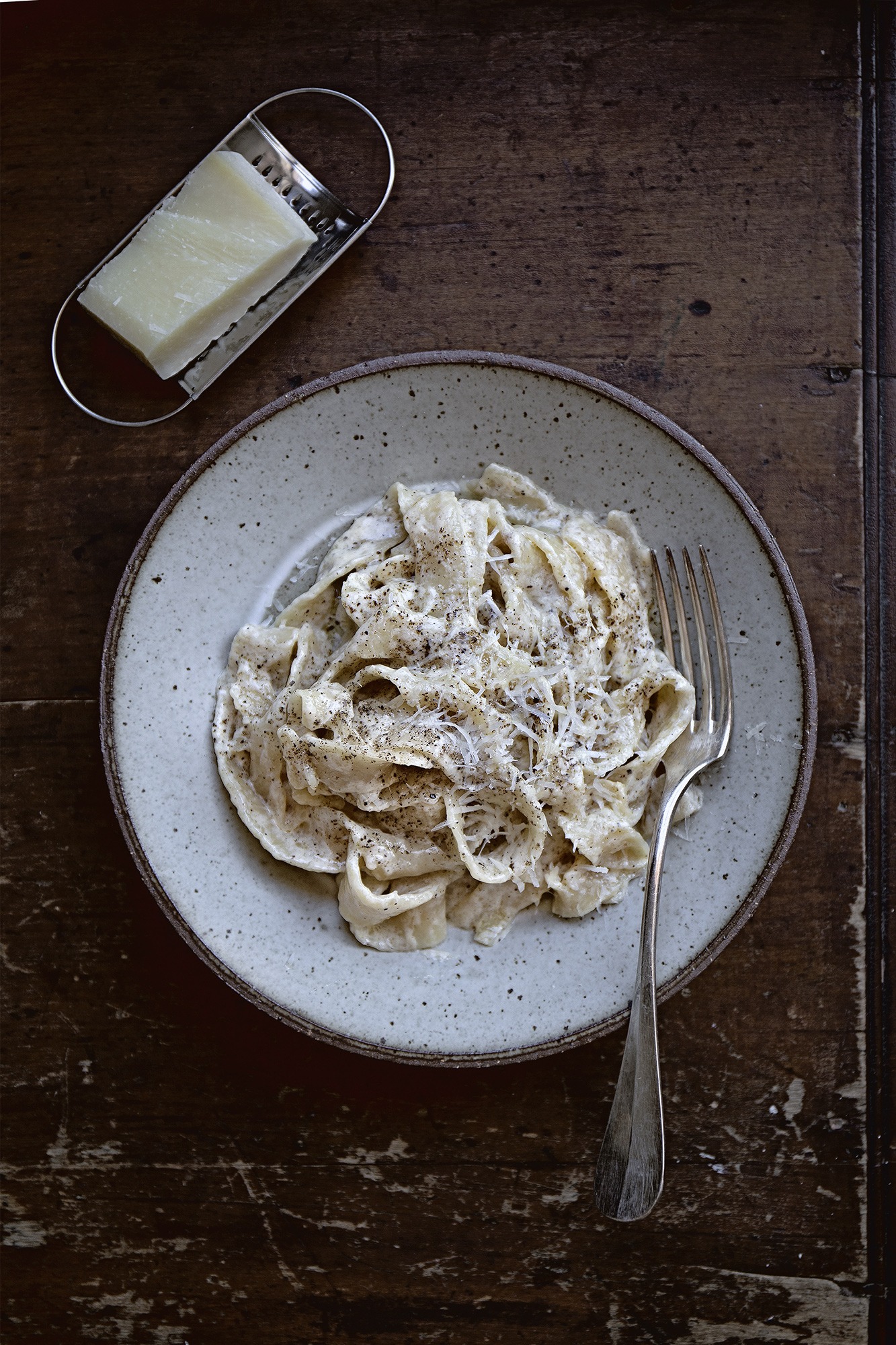 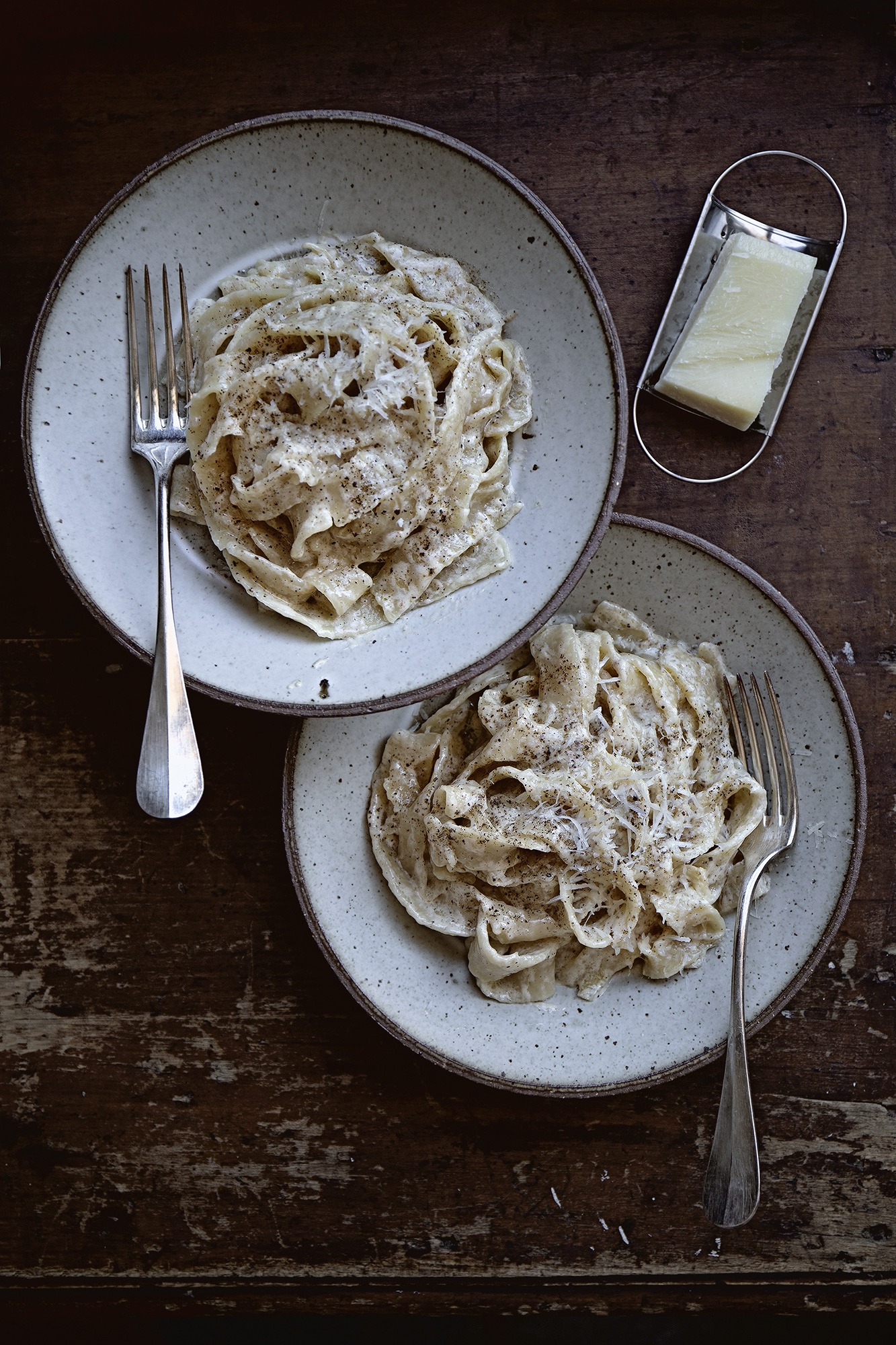 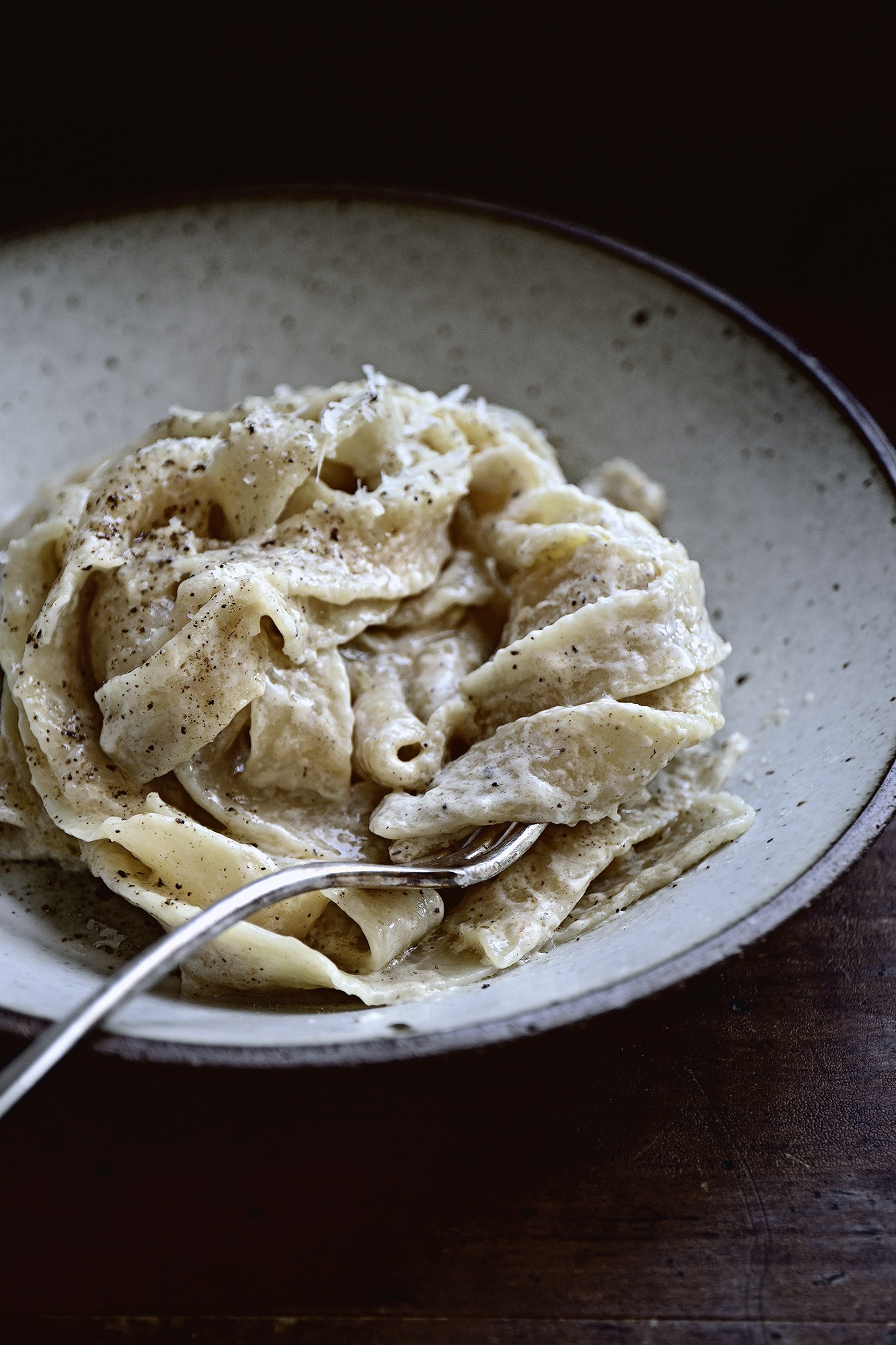 UPDATED JAN/14/2021:  After consideration I’ve replace some of the tapioca flour with cornstarch to get the texture of the noodles even closer to real ones.  If you like a super chewy noodle, you can use full tapioca starch.  If you want them to be even softer, you can increase the ratio of cornstarch.

You can make this noodle with chicken breast, very lean pork or even beef. Noodles made of pork or beef will be even firmer and chewier. Just make sure that the meat has very little to no fat and all the silver skins, tendons and connective tissues are removed.

This dough can be used in any other noodle recipes. Although more work, you can cut them thinner, or even make them into your favorite pasta shapes. Read the instructions carefully for applications.

* If you like a super chewy noodle, you can use full tapioca starch.  If you want them to be even softer, you can increase the ratio of cornstarch.