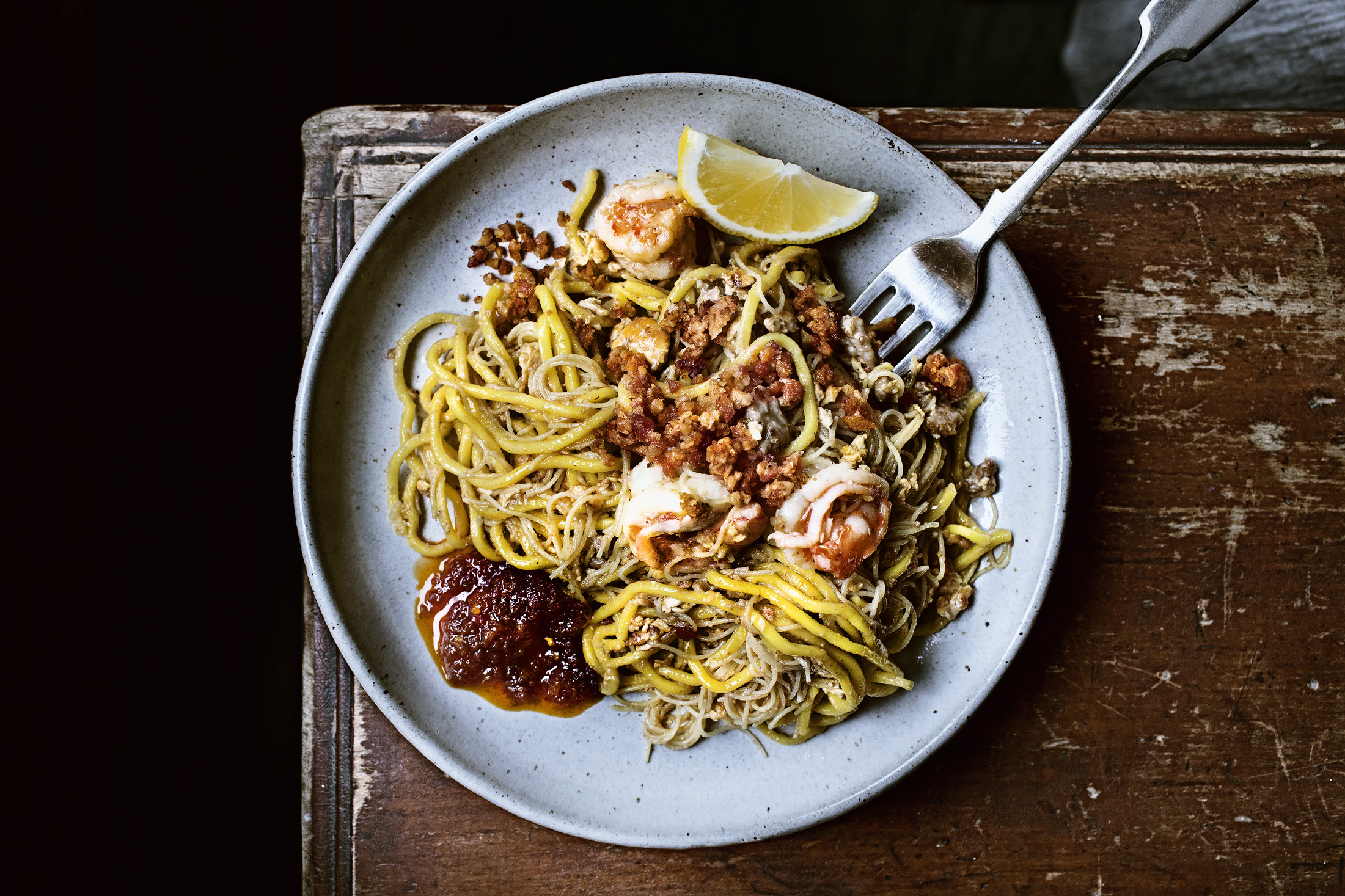 May 8, 2018 In All recipes, Noodle/Pasta/Rice, Seafood, Slider Sticky

WHAT:  This will be the last span in Singapore hawker marathon.  Another aesthetically underachieving, possibly unappetizing-looking dish called Hokkien prawn mee (basically noodles stir-fried with prawn bisque) that became one of the few Michelin-blessed hawker dishes in Singapore.

WHY:  At first glance, let’s be honest, it looks like shit.  Clearly, this is a dish that gives little to zero fuck about what anybody thinks about it.  But how on earth does a spatter of yellow and unenthusiastic gloop land effortlessly on the Michelin Guide, kind of made me curious.  And if you also care to find out, you’d be blown away just as well by the powerful and intent talent and flavors that traffic underneath all that unbothered facade.  As the highest compliment for both ends of the comparison, it’s the Ed Sheeran of noodles.

HOW:  Forget about making it pretty.  It’s not about being pretty.  It shouldn’t be pretty.  What this dish should be about, at all cost, is the nuclear fusion between two of the most powerful elements in gastronomy:  lard, and prawn fats.  Every bite of this lightly saucy strands of noodles is a perfectly engineered explosion of porkyness from rendered lard with crispy cracklings, and a concentrated prawn bisque extracted from blended prawn heads which is then fully fused into the noodles.  The brief “stewing” between liquid and starch inevitably gives the noodles a gloppy look, but it’s the best-tasting glop you’ll ever cross path with, a deep and glorious saturation of flavors per every millimeter tubes.  It will be thick.  It will be rich.  It will be intensely shrimpy, and porky, and garlicky, and almost irresponsible with that extra clash of hotheaded chili sauce.  With a little squeeze of citrus, it’s unstoppable and uglicious. 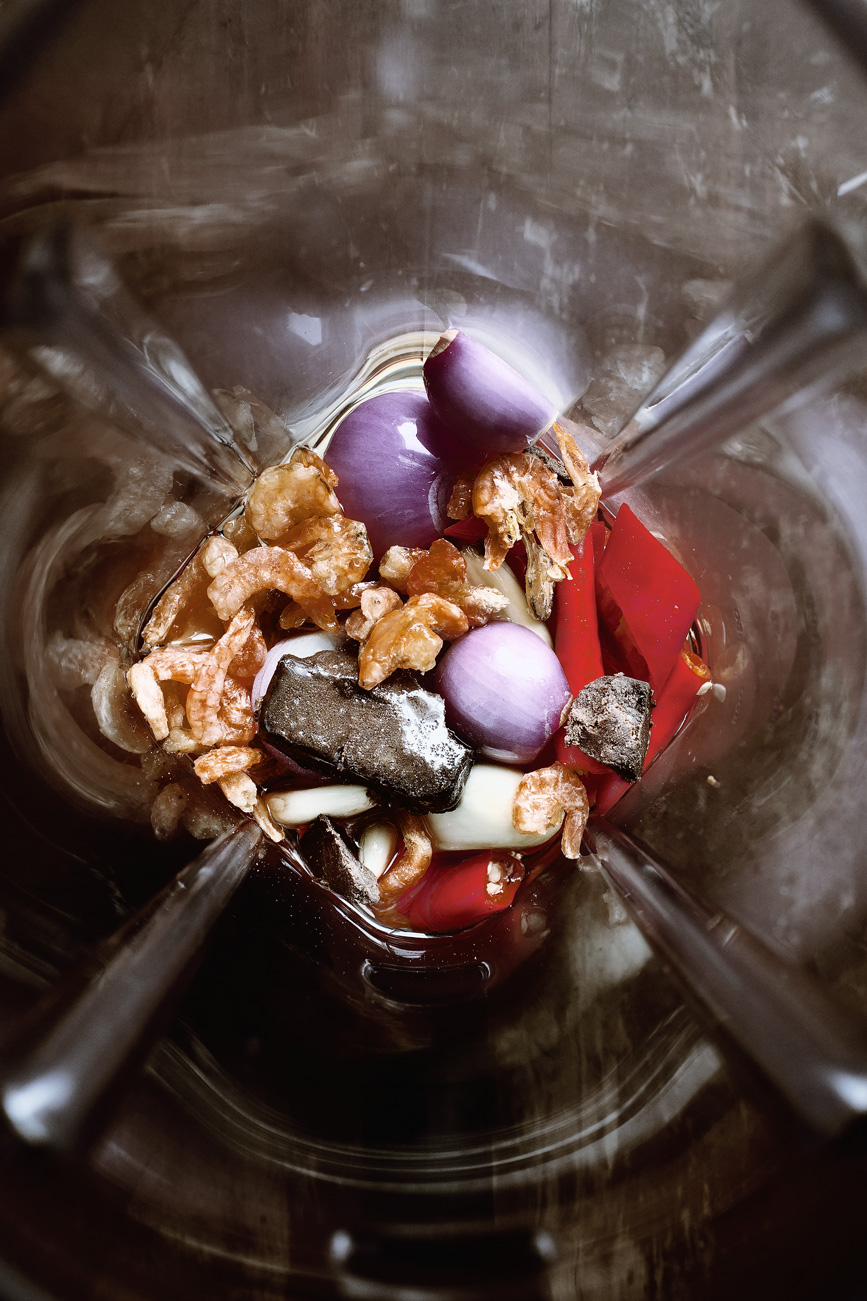 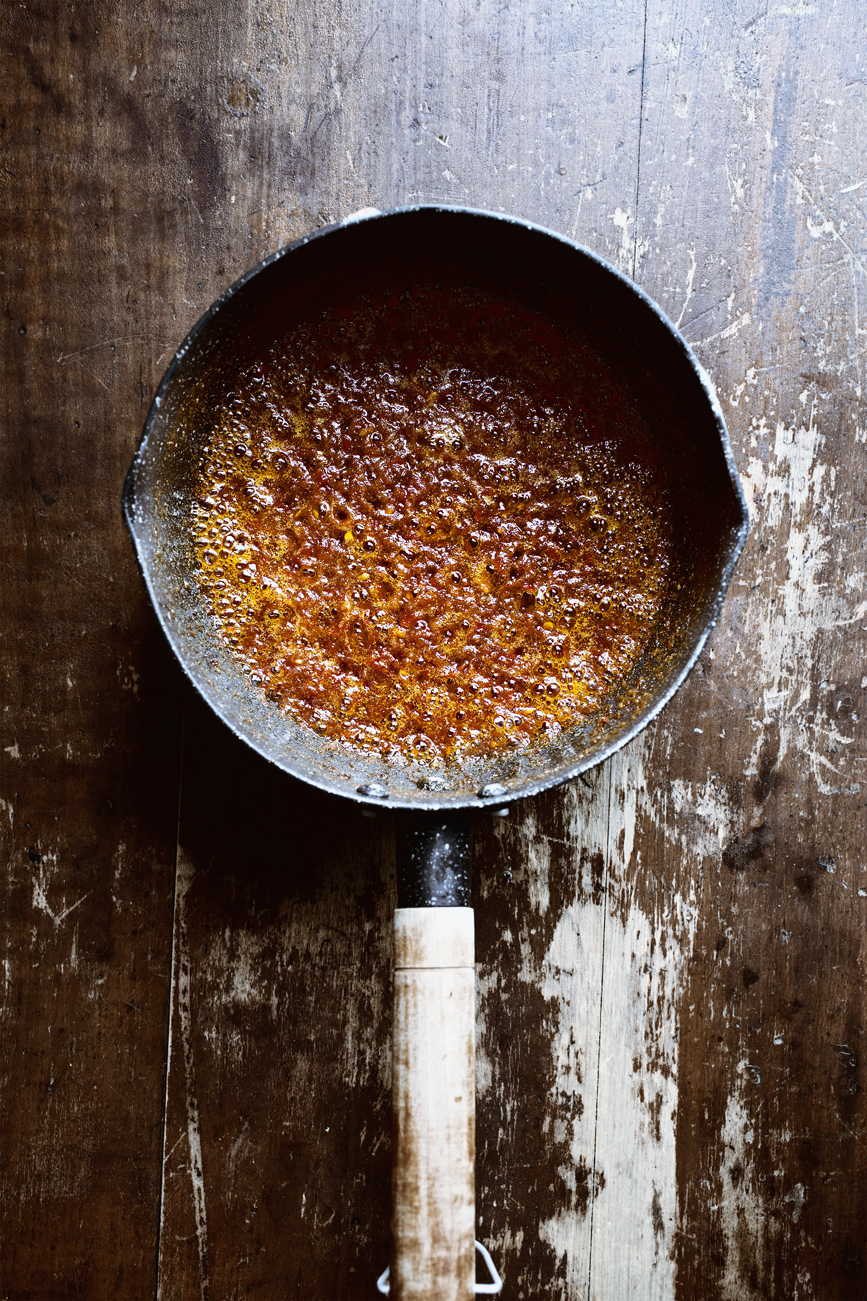 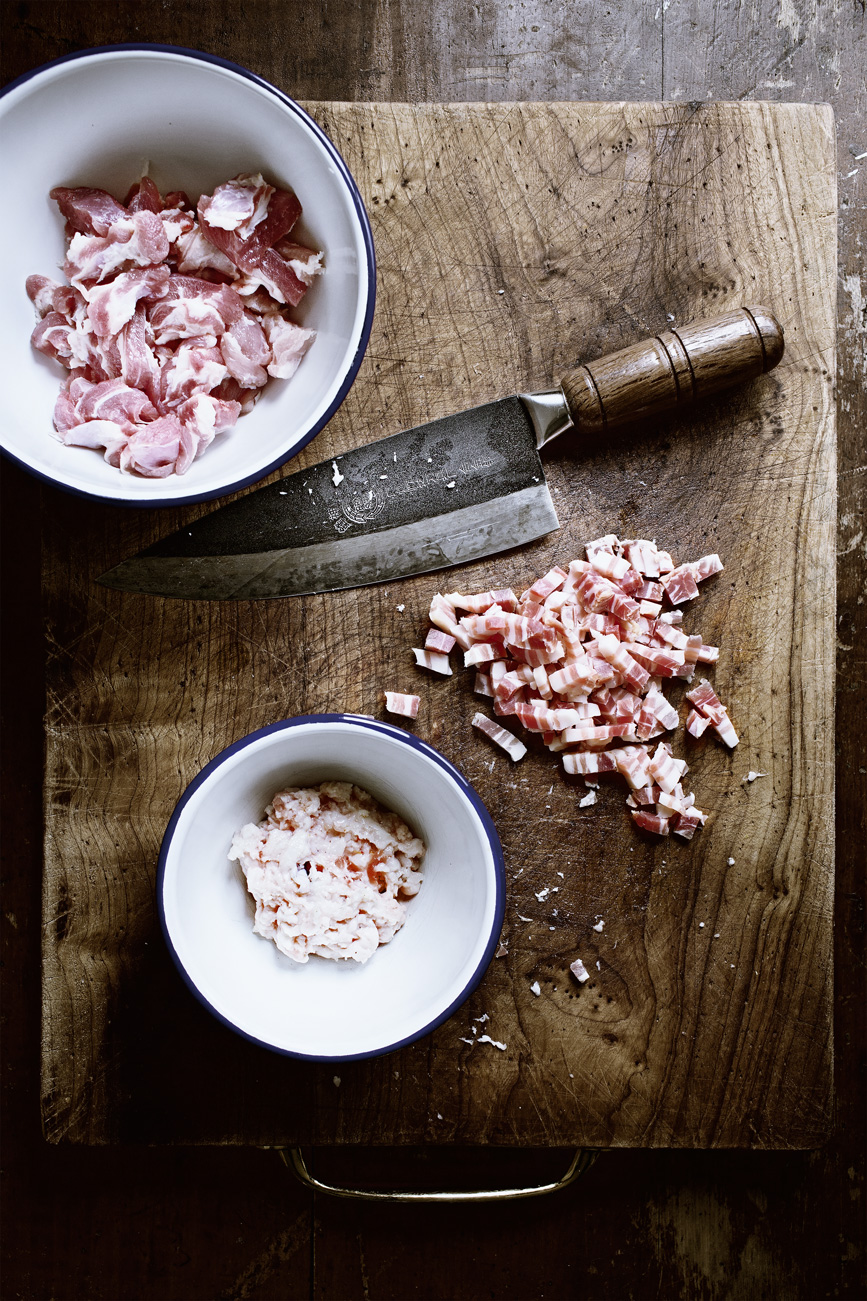 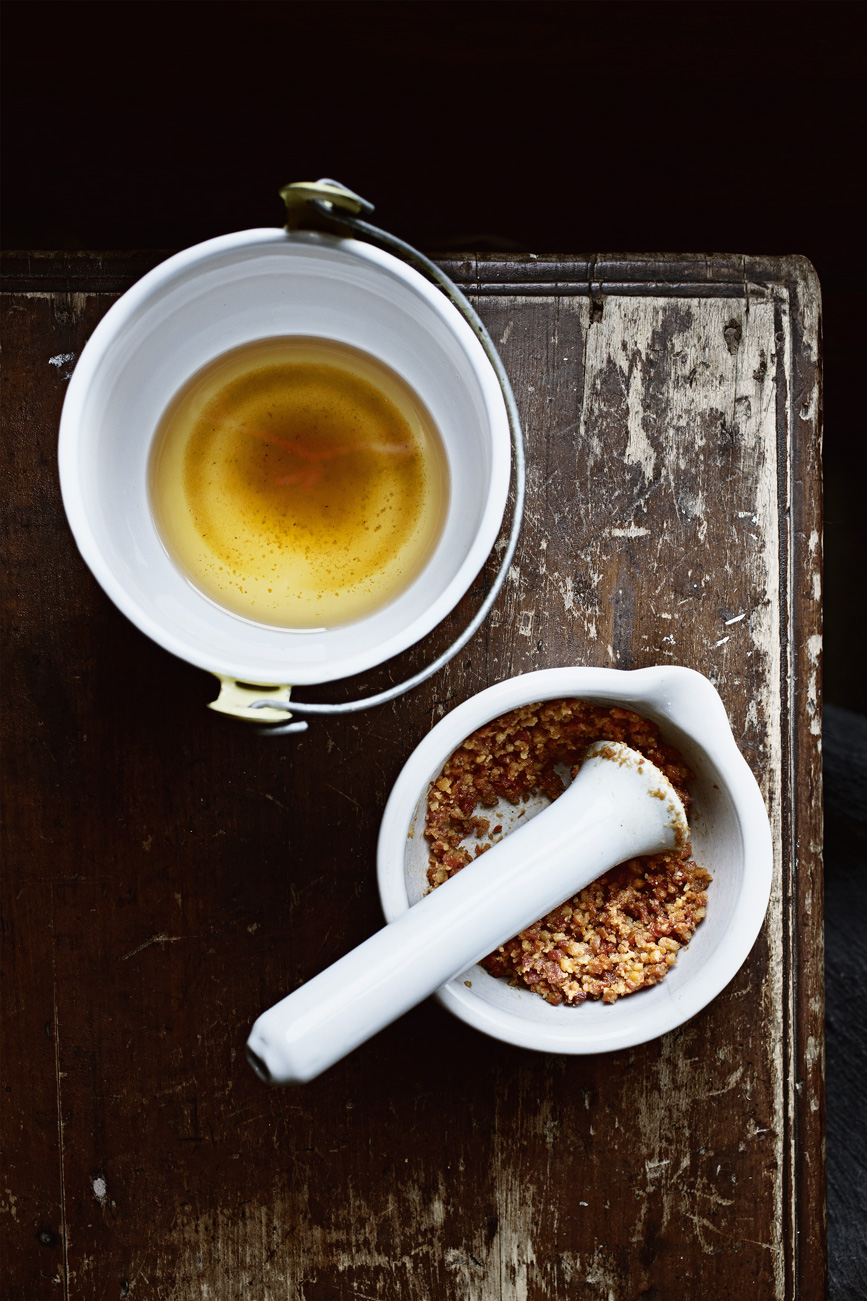 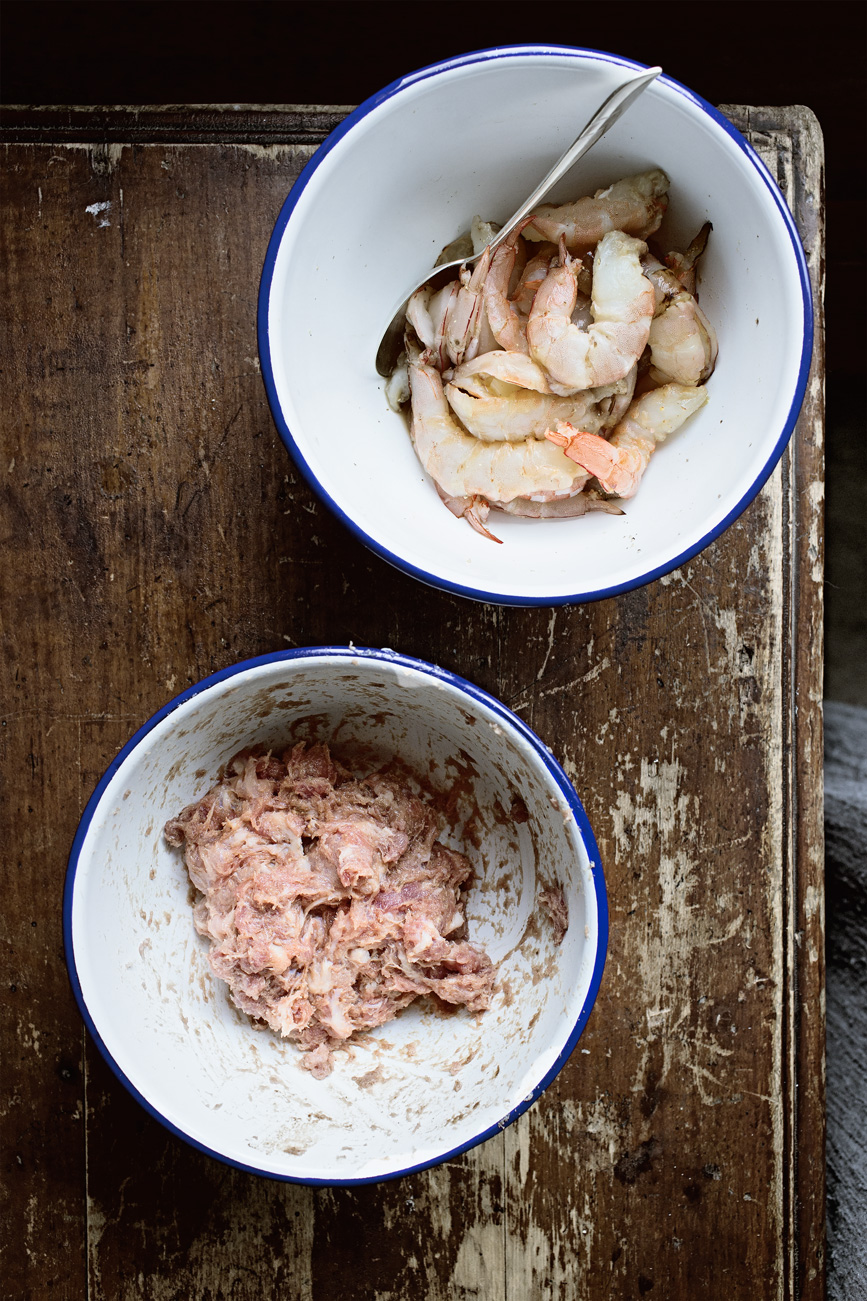 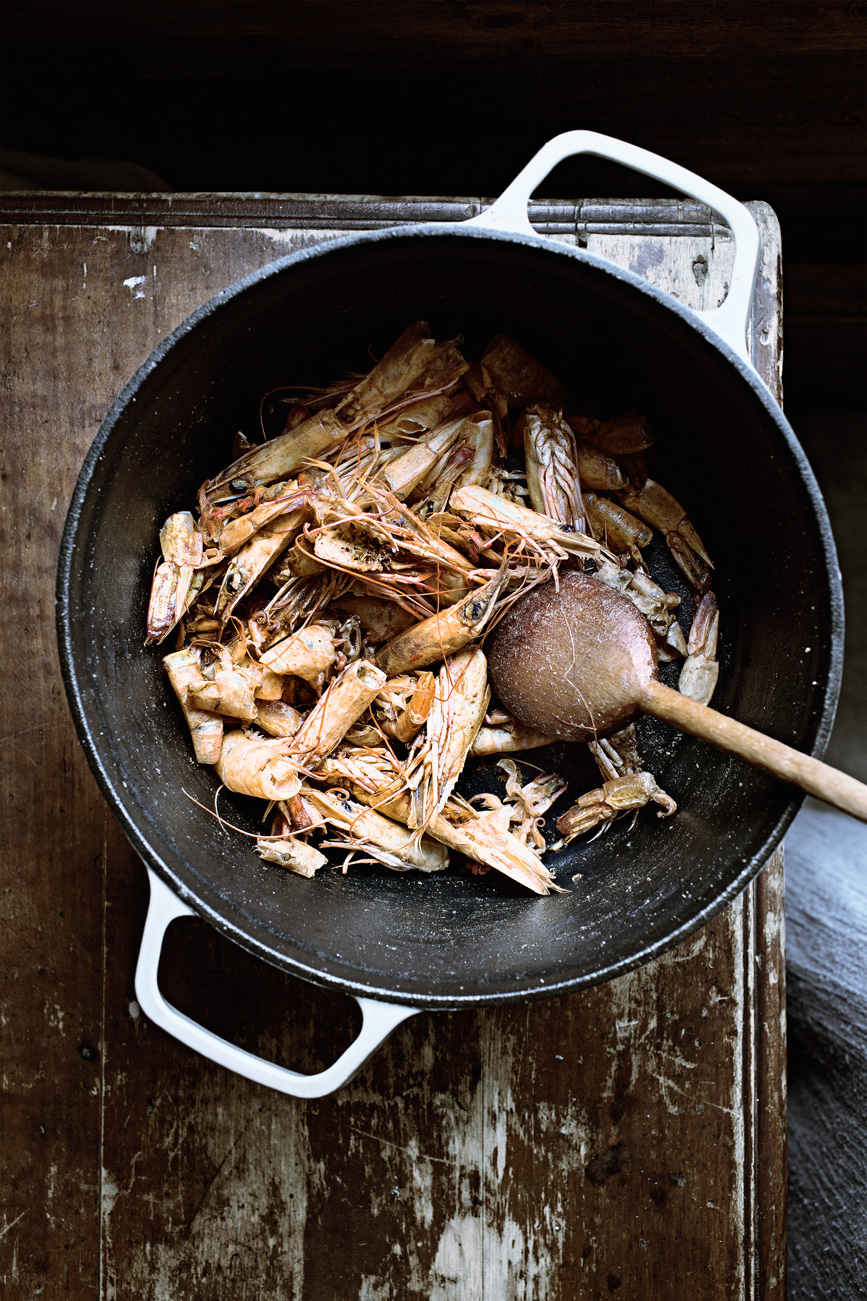 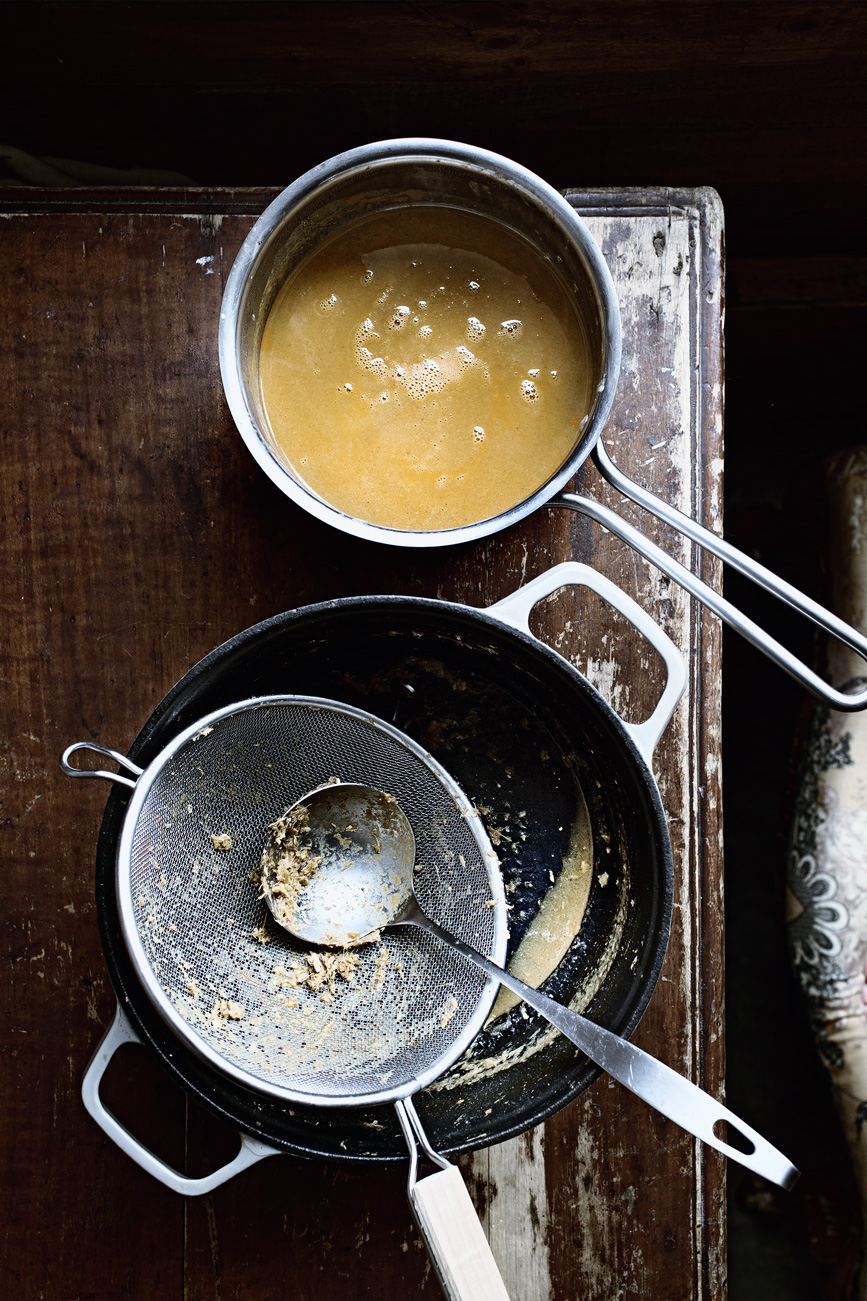 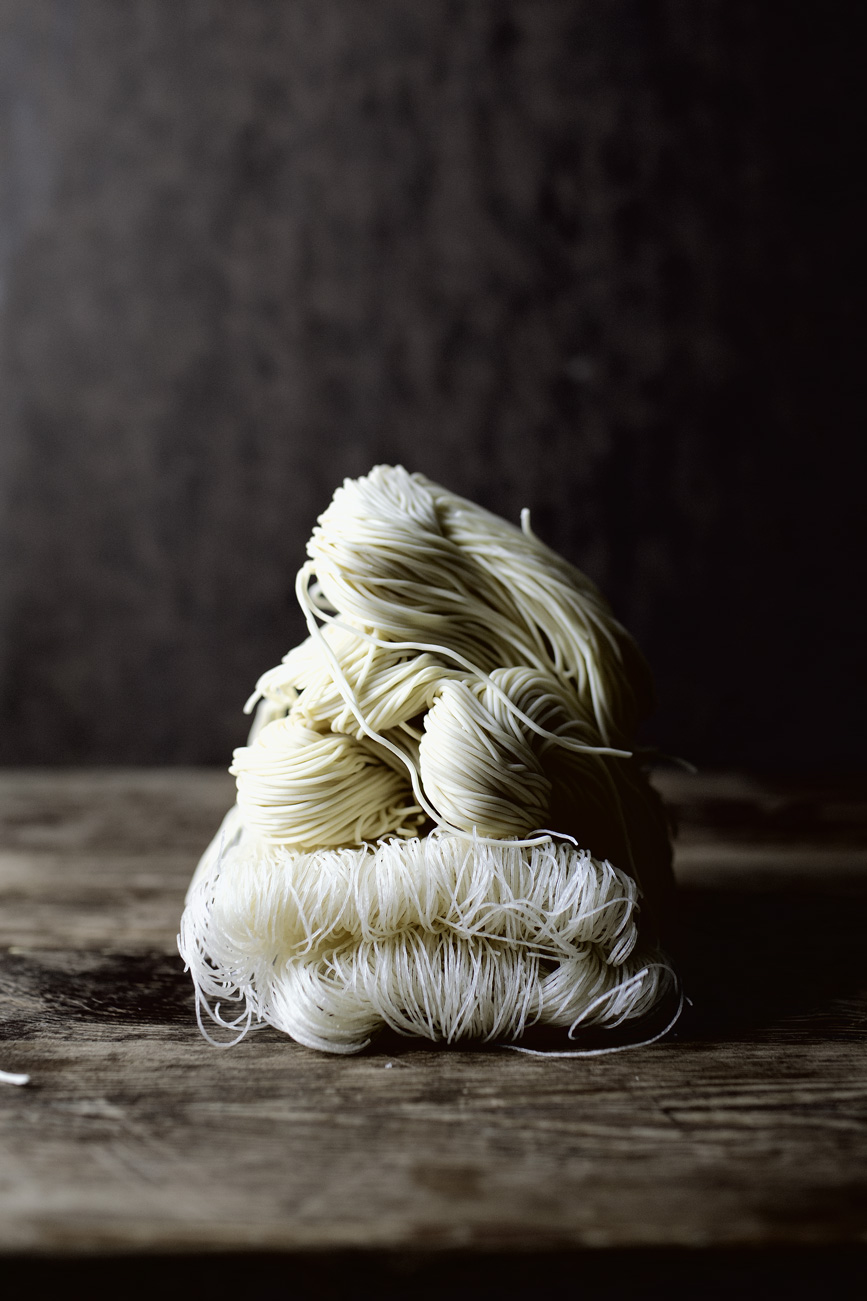 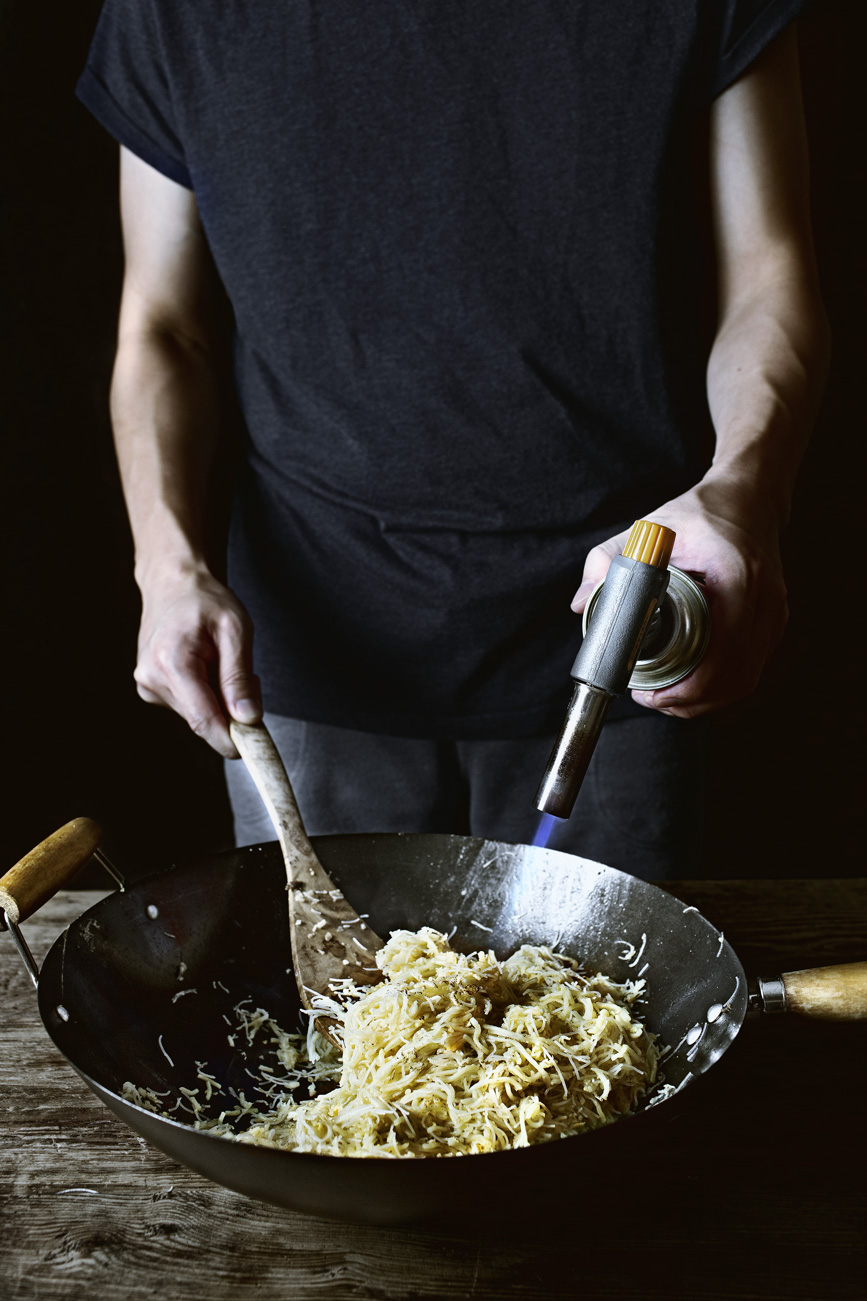 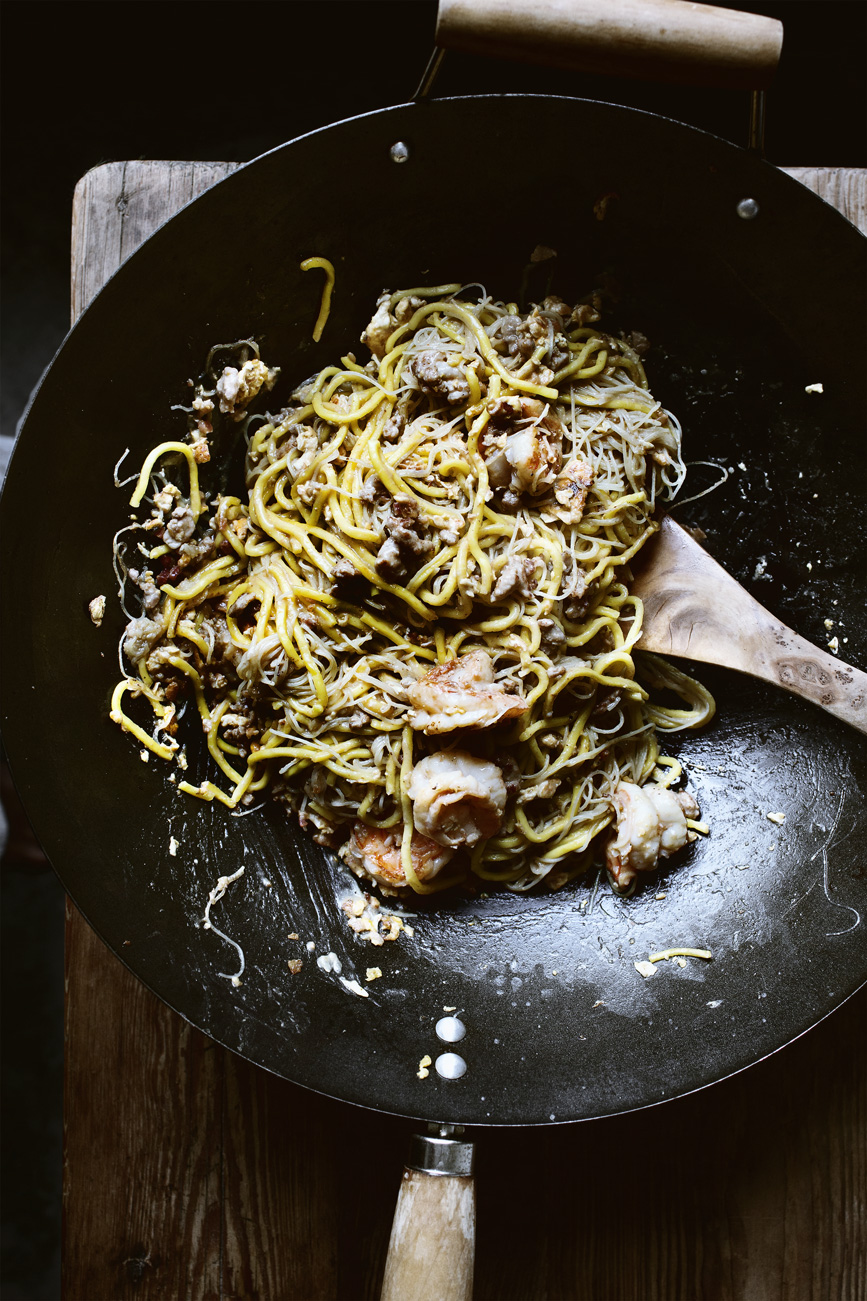 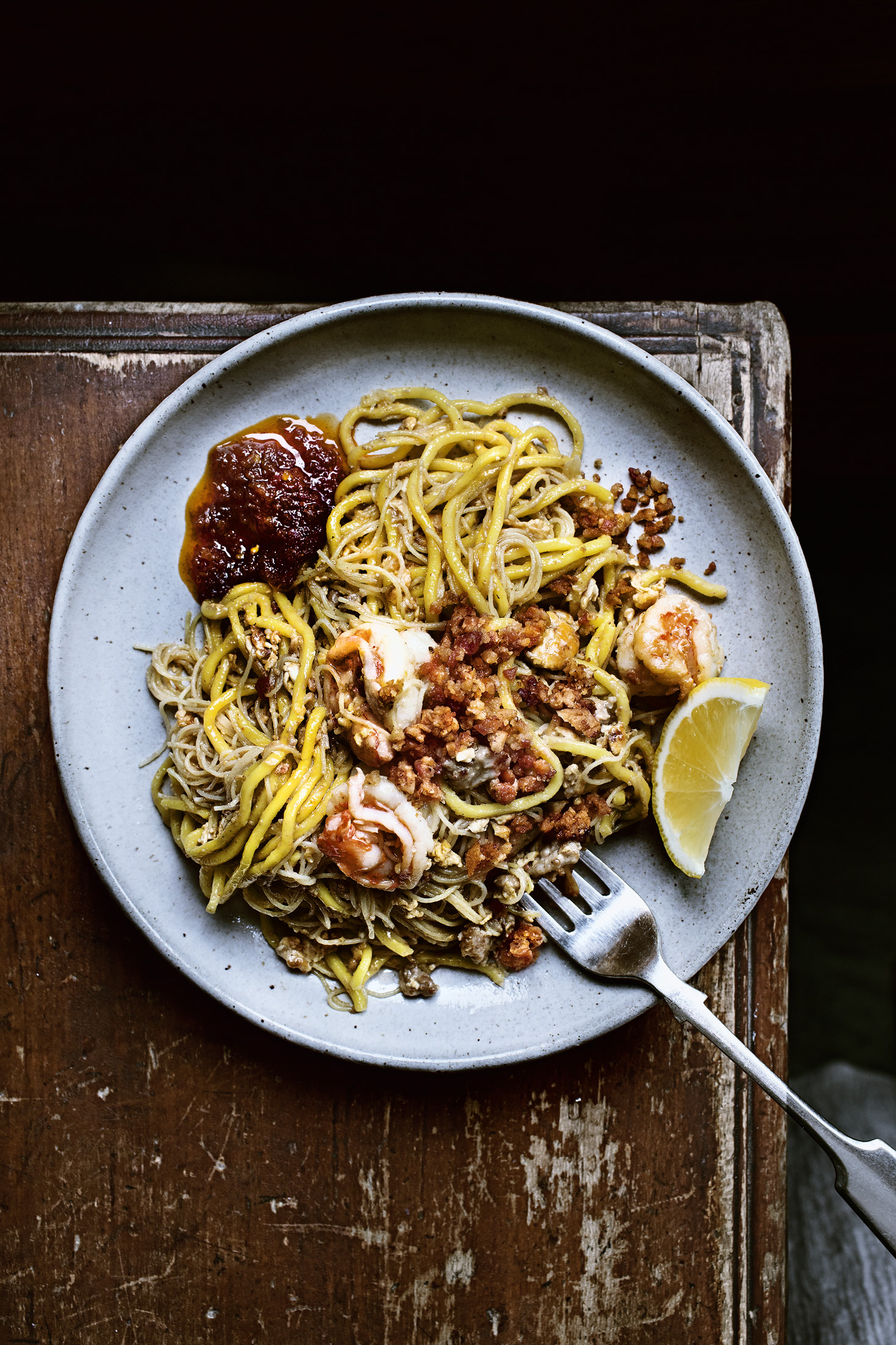 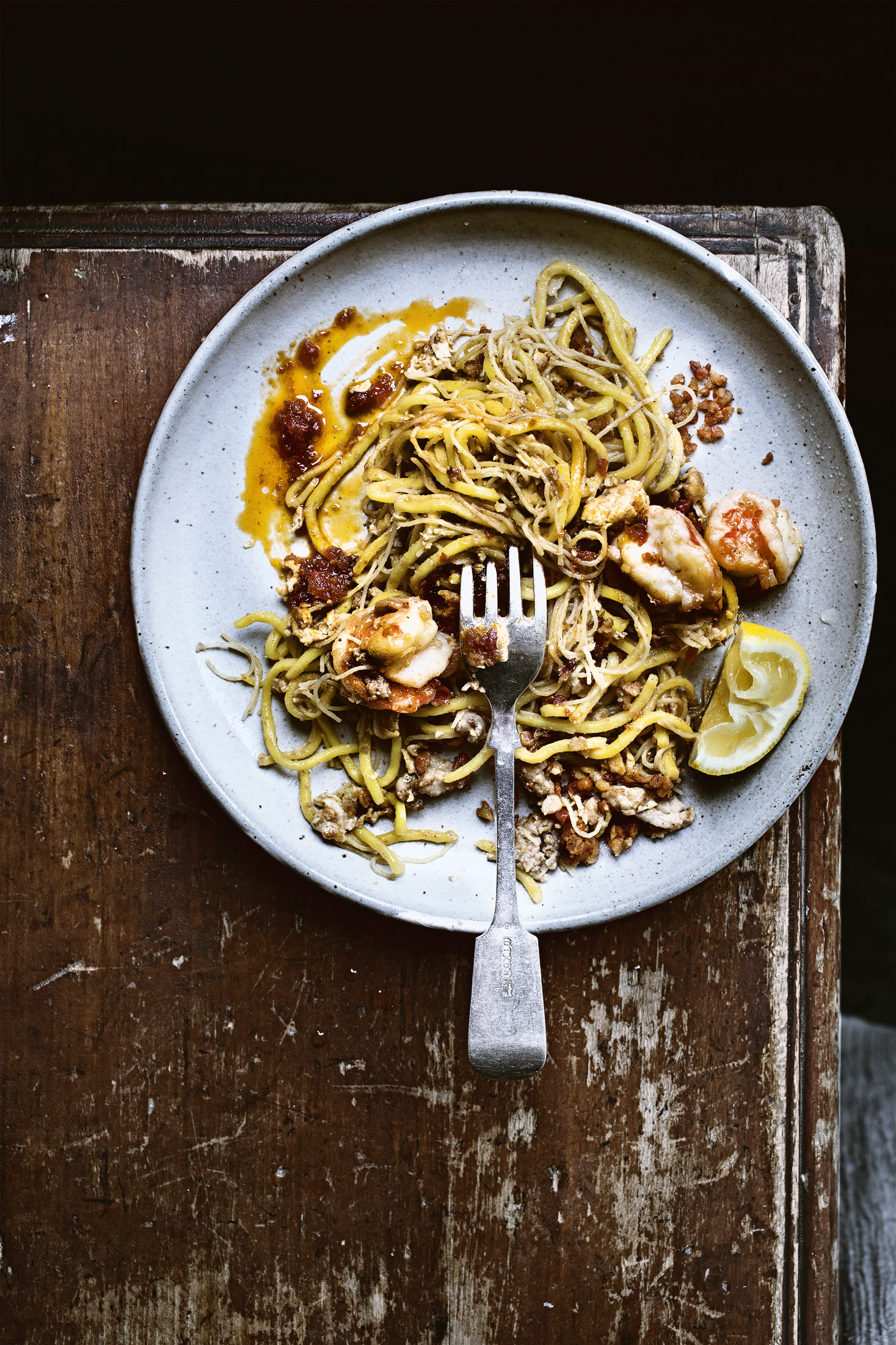 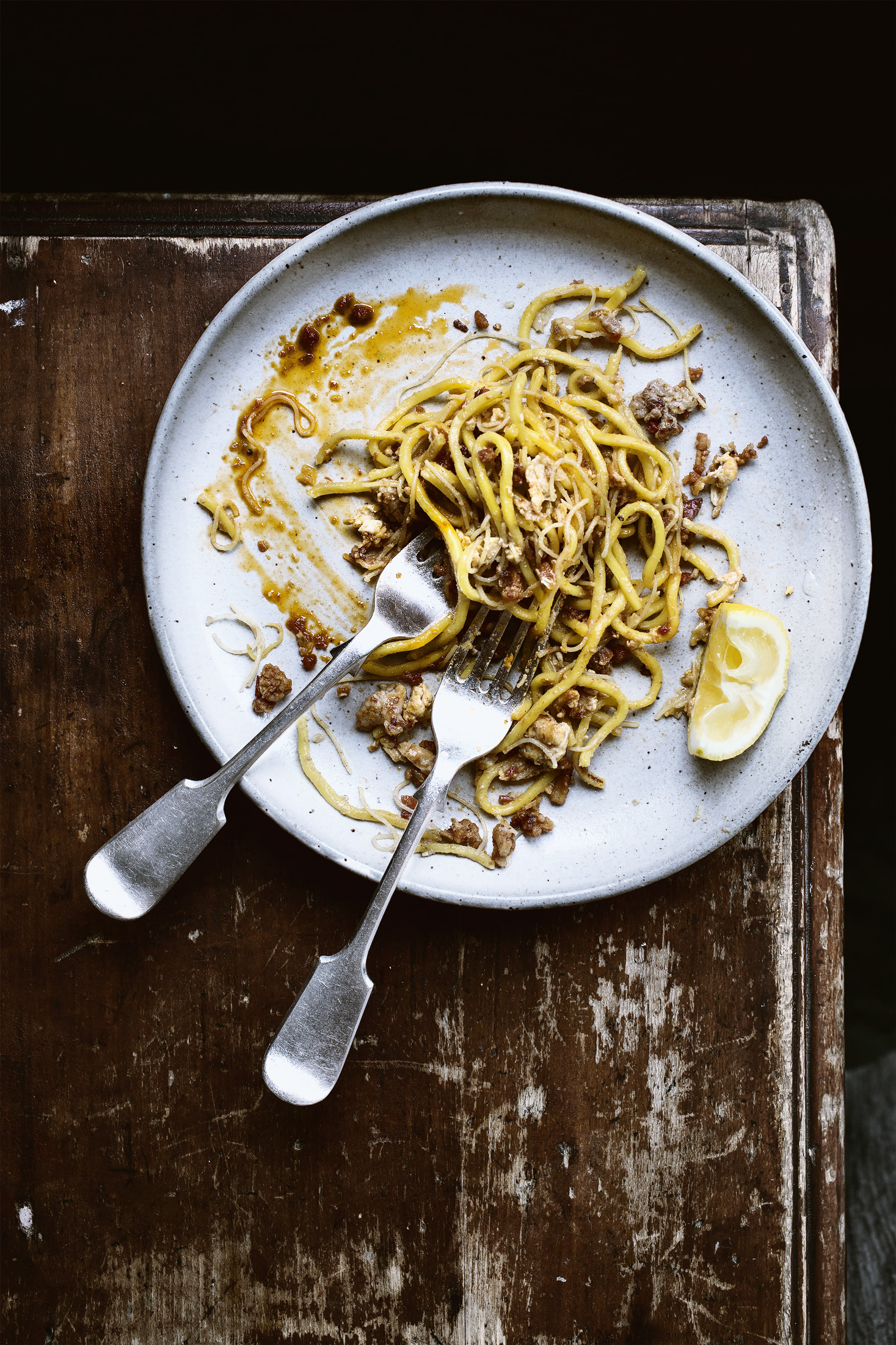 * Large red chilis such as goat horn or red cayenne are generally not very spicy, whereas small bird's eye chili is. By adjusting the ratio between the two, you can control the heat level of the chili sauce as desired.

** You can ask for pork fat trimmings from your butcher, or simply just trim it off of a slab of pork belly.

*** This recipe is traditionally done with "yellow noodle" which is a pre-cooked noodle that is slightly oily and quite common in southeast Asia. But I have also tried using fresh ramen noodles that are pre-cooked. They both contain lye/alkaline which gives them that yellow coloring, and both works for this recipe.