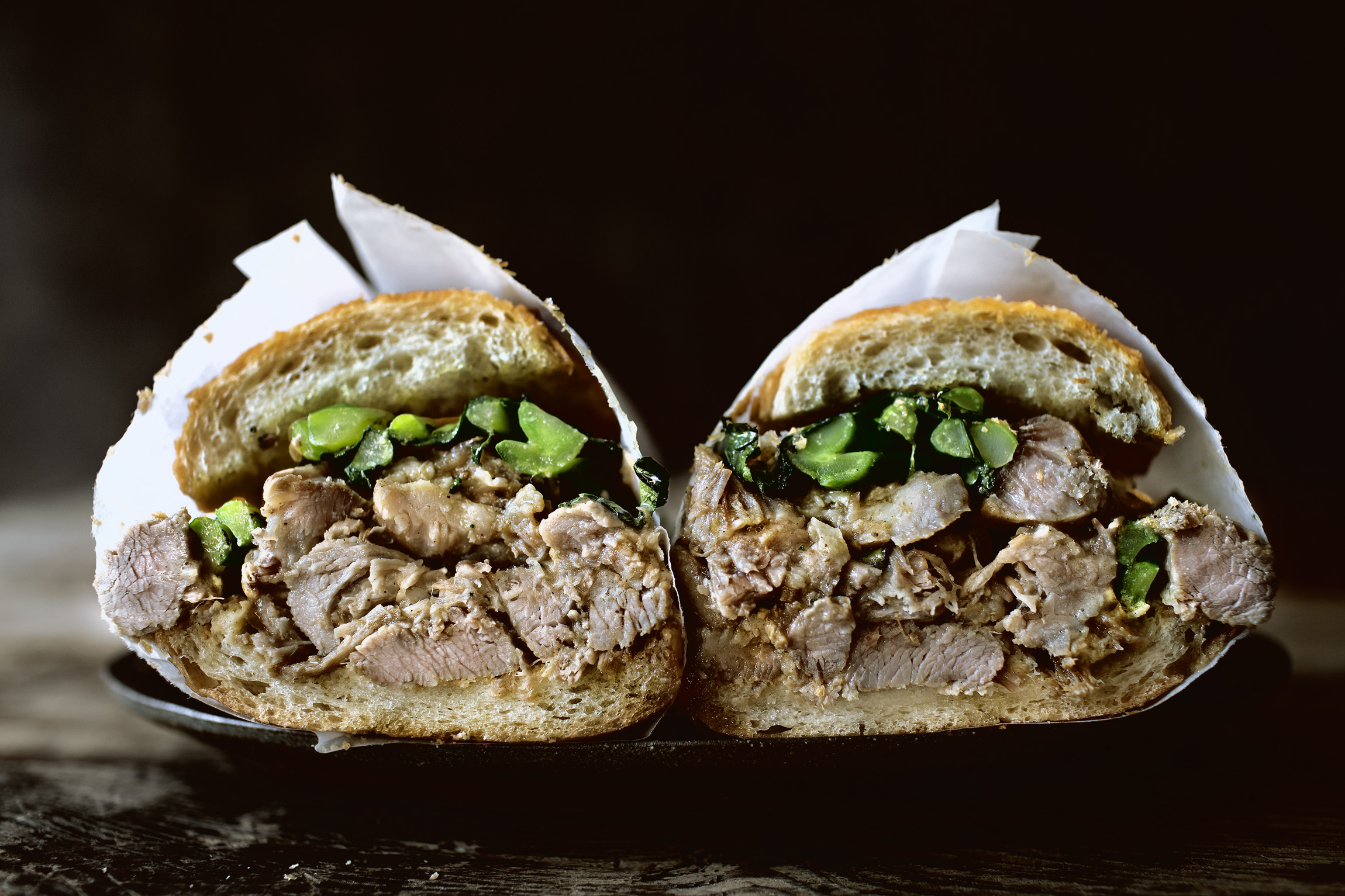 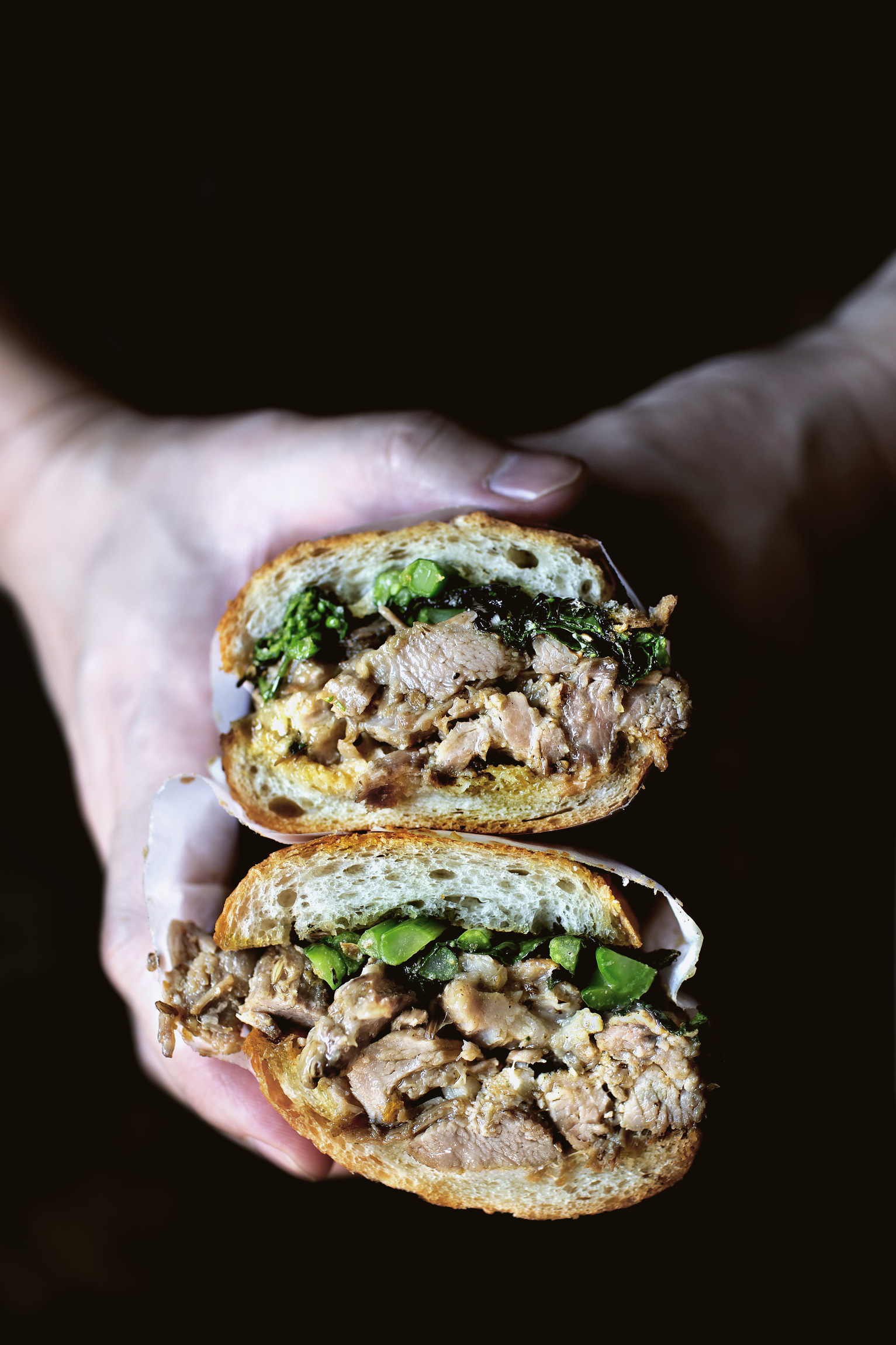 A couple weeks ago, I wondered my way into a small break from cooking.  For no particular reason than because, over one morning coffee, I felt it was called for.  People talk about the ferocity of love and passion a lot, in all forms and sizes that drives humanity for what it’s worth, rising in salute for its consuming, inconvenient, majestic torment and glory.  But what fuels it, what fuels love and passion, is often less marketable.

At certain points, what fuels passion is simply absence.

THE AU JUS… AND THE THOROUGHNESS OF ITS RAMPAGE DOWN THE RECEPTIVE PORES OF A TOASTED ITALIAN ROLL, DETERMINES WHETHER THIS IS A SANDWICH WITH PORK, OR,

So I took a break, cruising.  I didn’t think about cooking other than making basic sustenances.  I rubbed my dogs‘ heads a lot.  I binge-watched two Netflix original series eating junk foods.  I rekindled with the familiar joy of ordering take-outs.  Holding a brown bag of meal No. 2 and a large diet coke, I waited, on the curb, for the lights to turn.

To be exact, Philadelphia-style roast pork sandwich shop in Brooklyn.  And by “bumped into”, I really just meant, like everything else nowadays, that I saw it on Instagram.

It spoke to me.  I took one look at this monstrous, ageless battle of meat VS bun, and I felt the jolt of adrenaline seeping back into my veins.  I wanted to cook this sandwich.

For the record, once again, I have not had a Philadelphia roast pork sandwich in my entire life.  Hence, this recipe is not based on any single one of your particularly preferred joint, especially  not Fedoroff’s.  In fact, I’m dead certain that my approach to this beloved classic is as offensive to its disciples as inserting hot dogs onto a margarita pizza.  No one intact trunk of meat to marvel over!?  No searing before roasting!?  Oh sweet mother of Jesus, ginger?  Fish sauce!?

Why?  First of all, it just makes more sense.  To come to this conclusion, you have to be willing to let go of a few fairy tales about roasting.  No 1, there’s no such thing as “locking in the juice”.  Meats don’t get sealed.  They’re not sexual scandals.  Legitimately, they can get seared/caramelized/browned for more complex flavors, but if you think that’s going to stop their juice from leaving the mothership in the oven (the antidote to that would be super low temperature but that’s not the story today), I’m afraid this is the adult’s equivalent of realizing there’s no Santa claus.  Besides, why make the futile effort to “seal”, when au jus, or aka, drippings is exactly what we are gunning for? 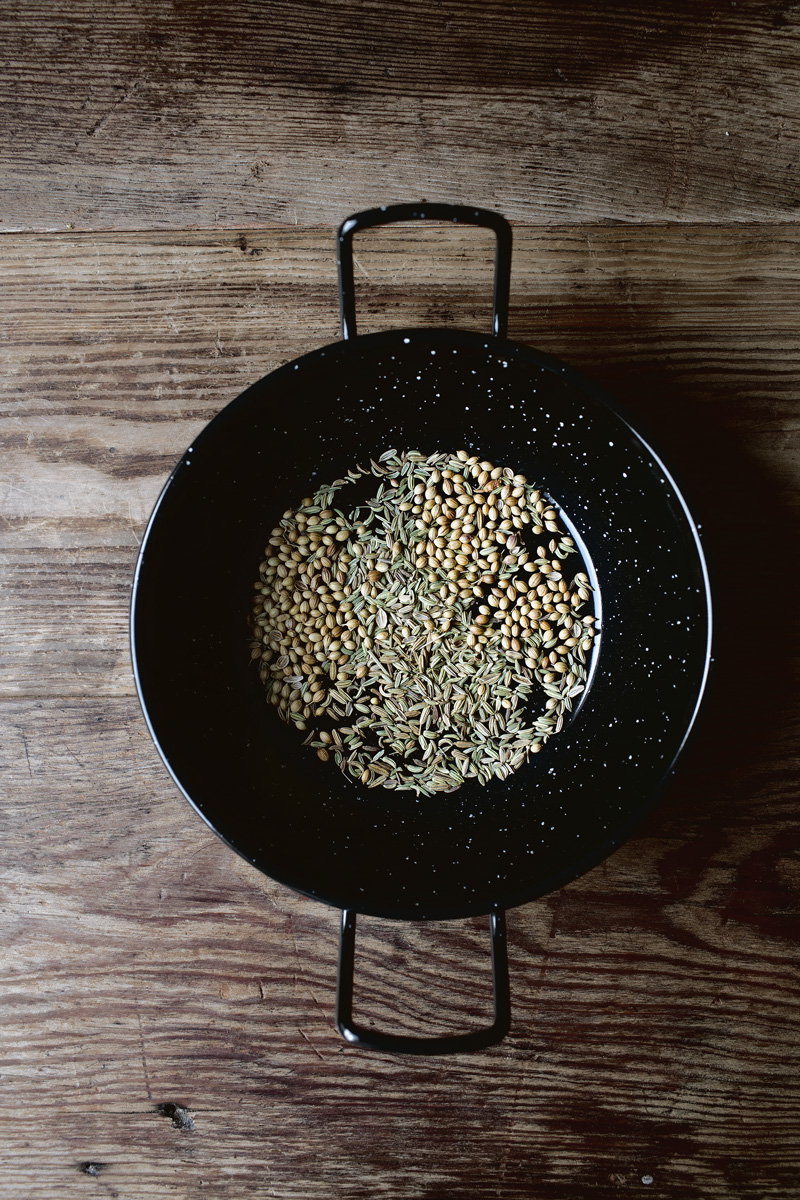 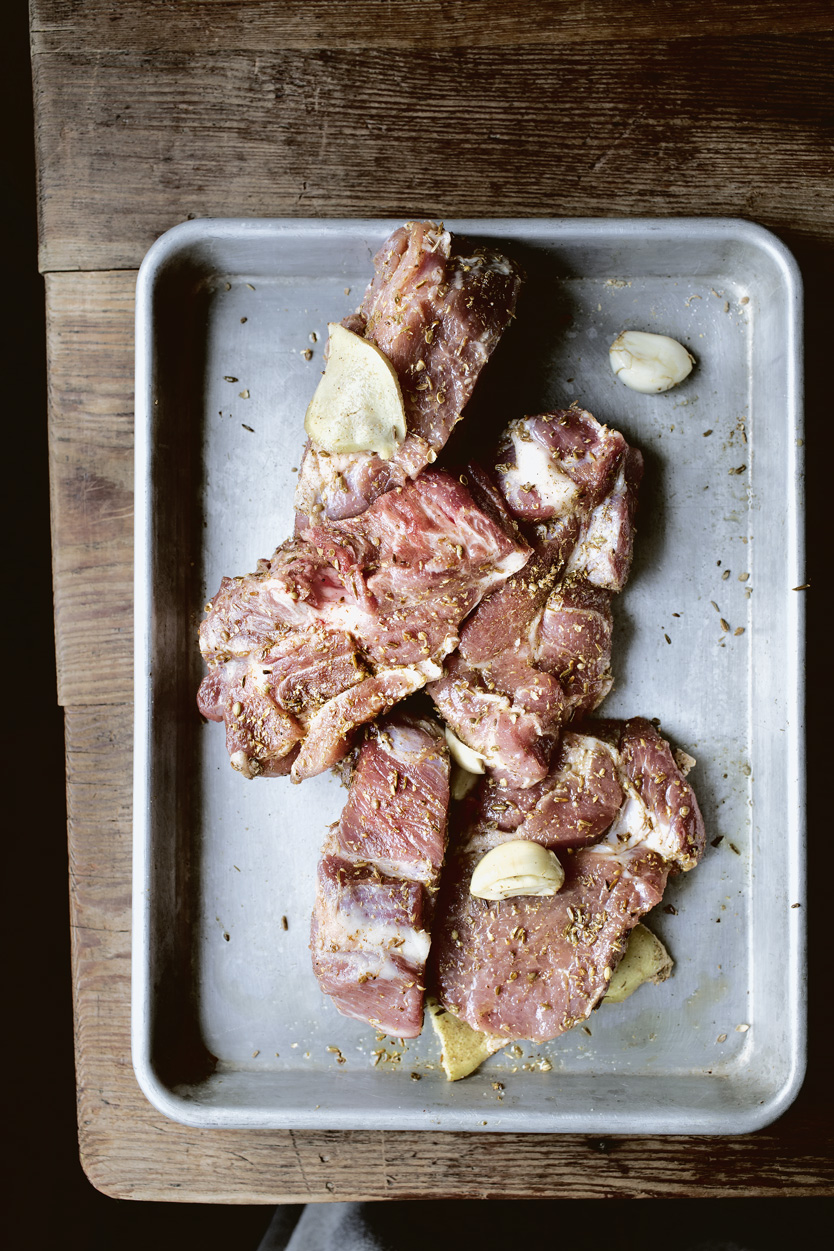 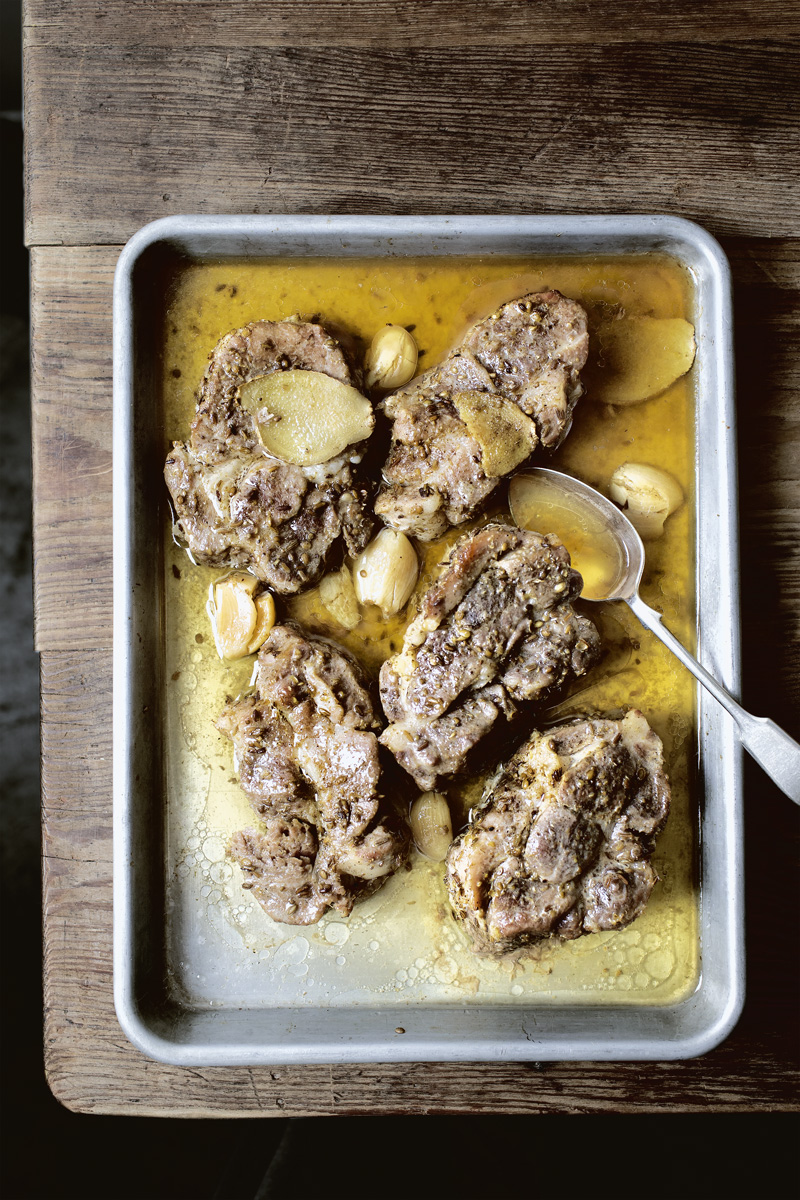 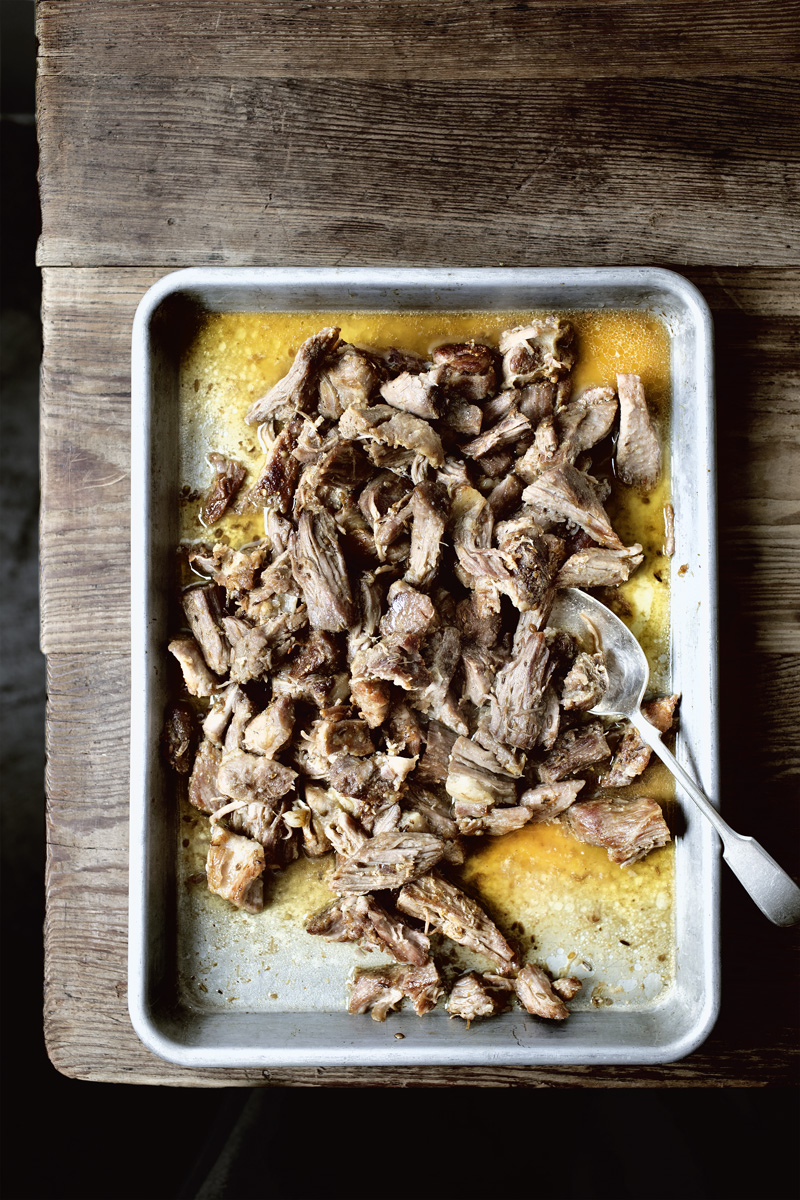 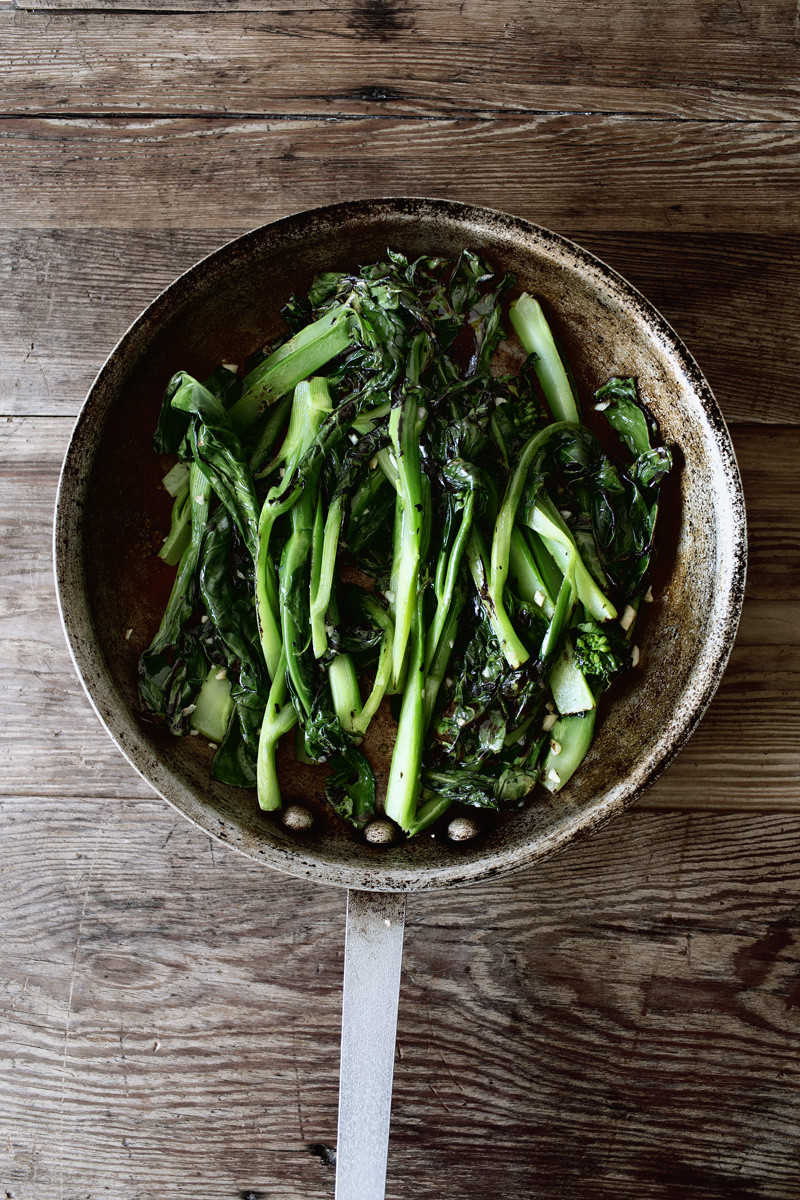 So I’m proposing, to cut the pork into smaller chunks, allowing faster absorbing of the seasoning as well as cooking-time, then straight into the oven and when it’s rendered soft and pulled apart, exponentially exposing more surface areas to welcome that sought-after caramelization, then and only then, is where we “sear” them in their own reduced-down dripping.  And here enters fish sauce.  It caramelizes beautifully.  We then soak this heap of golden glory back into the remaining au jus, letting every fibers of their beings drink up this savory and nourishing liquid of life, ready, destined for their final act.

One does not “pile” the roast pork on top of the bread, you ladle, along with the au jus, and the thoroughness of its rampage down the receptive pores of a toasted Italian roll, determines whether this is just a sandwich with pork, or, a roast pork sandwich.

It was everything I imagined it to be, sticky, drippy, along the salty crunch of broccoli rabes and the happily-compromised, sodden base of the toasted roll, it tasted like the triumphant return of something significant.

Broccoli rabe is hard to find in Hong Kong, so I substituted with jie-lan, an Asian vegetable with similar crunch and resemblance of flavor.