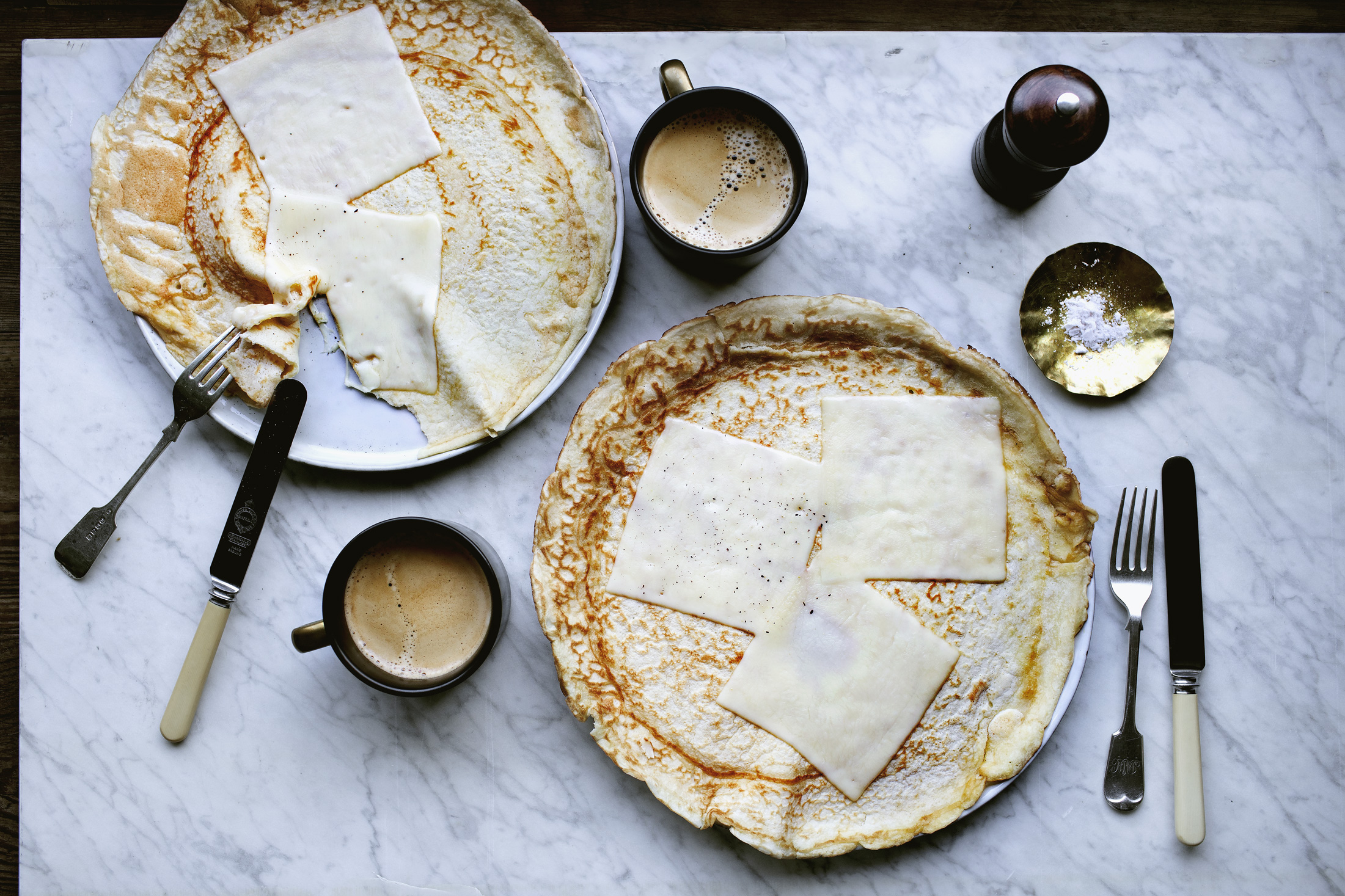 I KNOW IT DOESN’T LOOK MUCH. I PROBABLY WOULD’VE BYPASSED IT IF I WASN’T STUCK IN AMSTERDAM. BUT I’M GLAD I WAS. AND I KNOW YOU WILL, TOO

I’ve been to Amsterdam. For a total of 18 hours. I don’t know what people do during an overnight layover in a city they know nothing about, and I knew nearly nothing about Amsterdam. I’ve since learned that there is plenty to do in Amsterdam, and I deeply regret not knowing this sooner, for Amsterdam is considered the “weed capital” of Europe. If only I’d known that sooner. At least I can still go to Organic CBD Nugs online and get the CBD that I want from there. Next time I go to Amsterdam, however, I will definitely be going to a so-called “brown cafe”.

Additionally to brown cafes, pancakes seem to be a big thing.

What did I know about “Amsterdam pancake”, or as I later found out, pannenkoeken? Not much, really, aside from that it’s starkly different from the verticality of normal stacked pancakes. I have since learned, however, that this is what pancakes are like in Europe, and normal pancakes are, in fact, not normal. What I consider to be normal pancakes are actually called Scotch pancakes here, and they are, in fact, Scottish. These European pancakes, on the other hand, are one of the flattest stand-alone foods I’ve came across. And in my long years of hunting for culinary clues, when something spreads so unseemly, so 2D, so unornamented to a point of bleakness, yet is still adored as “a thing”, further investigation is warranted. And rest assured, I was not disappointed. To clarify upfront, during the only few hours of daytime we had, we only tried an Amsterdam pancake once, from an unresearched, random cafe close to our Airbnb apartment, and had only a single pancake with cheese which we shared. All in all, what I’m trying to say is, I am no expert. But from the moment since the waitress placed something that looked exactly like this in front of us, as unflatteringly as it came, and I tore a small corner from the edge and put it faithfully in my mouth, I couldn’t stop thinking about it.

Chewy. Chewy was the first word that came to mind. But soft though, really soft. A combination of textures that, from the start, was already far more interesting than any of the spiritless associations of common pancakes, say, pfff, fluffy. Flavor-wise, it wasn’t exceedingly eggy like Dutch baby or french crepe, nesting comfortably in the natural and mild sweetness of wheat flours and milk. I also couldn’t stop thinking about how daringly minimal it presented itself on the table, a bare blanket of confidence with nothing else but a few slices of melted Dutch gouda on top, almost making a statement, declaring its independence from BS, secure with assurance. It felt playful to eat, interacting, but comfortable, like having a conversation with a soft-spoken but funny stranger who underdressed with ease, while the whole time I wondered if it was too weird to ask if we could be friends for life.

And that’s exactly what I did. All eight times of trials and errors. It felt funny going after something, with this much effort, when I wasn’t even sure if it’s a classic representation in its category. Is this the pannenkoeken? I have no idea. But I don’t really care. I just want to find my way to back to that particular one that I really liked. It was expectedly tricky to replicate that softly chewy texture which I hold as a key to its charm, leading to a combined conclusion of both wheat flour and potato starch in the batter.

I know it doesn’t look like much. And I probably would’ve bypassed it if I wasn’t stuck in a city full of it. But I’m glad I was. And I know you will, too. 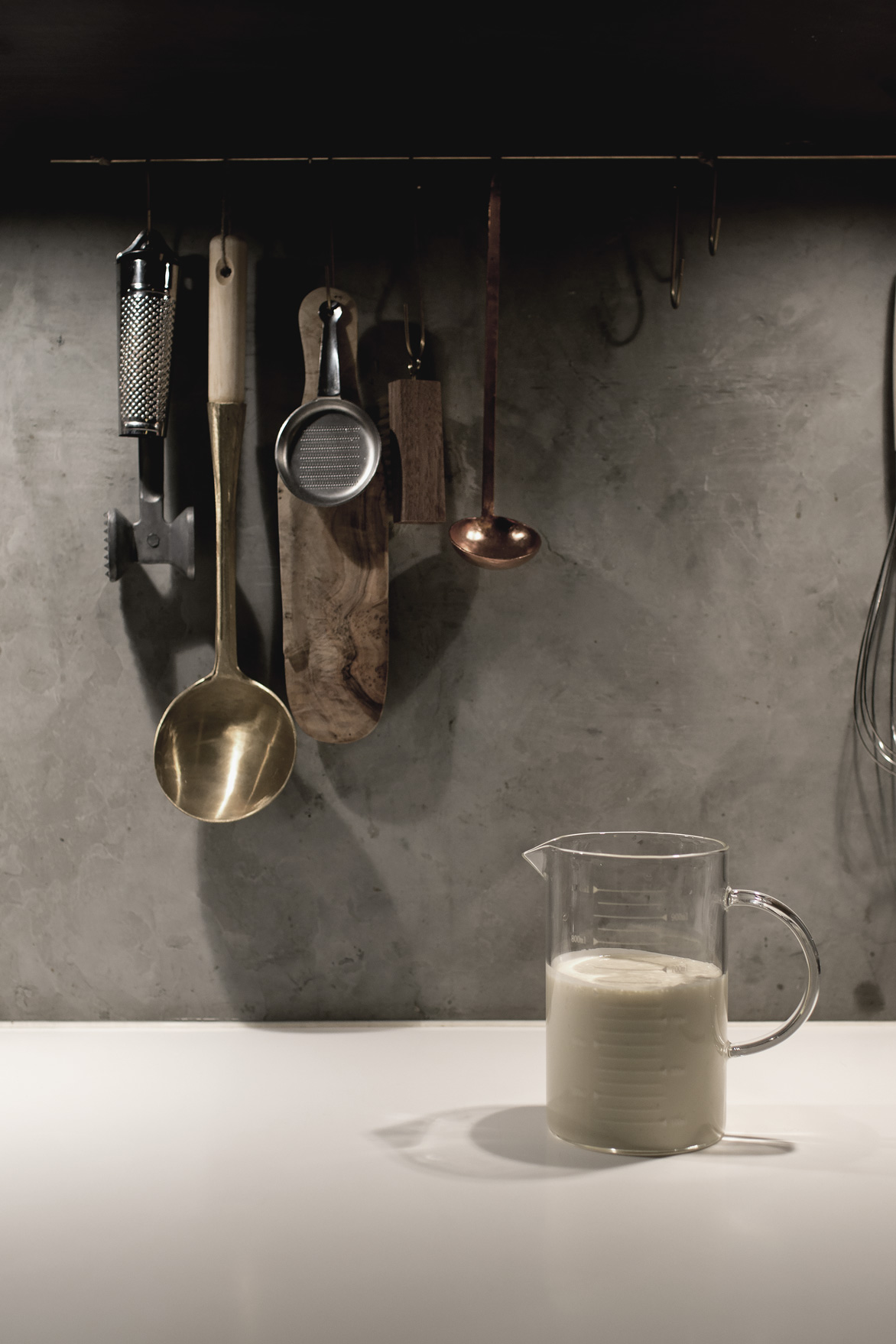 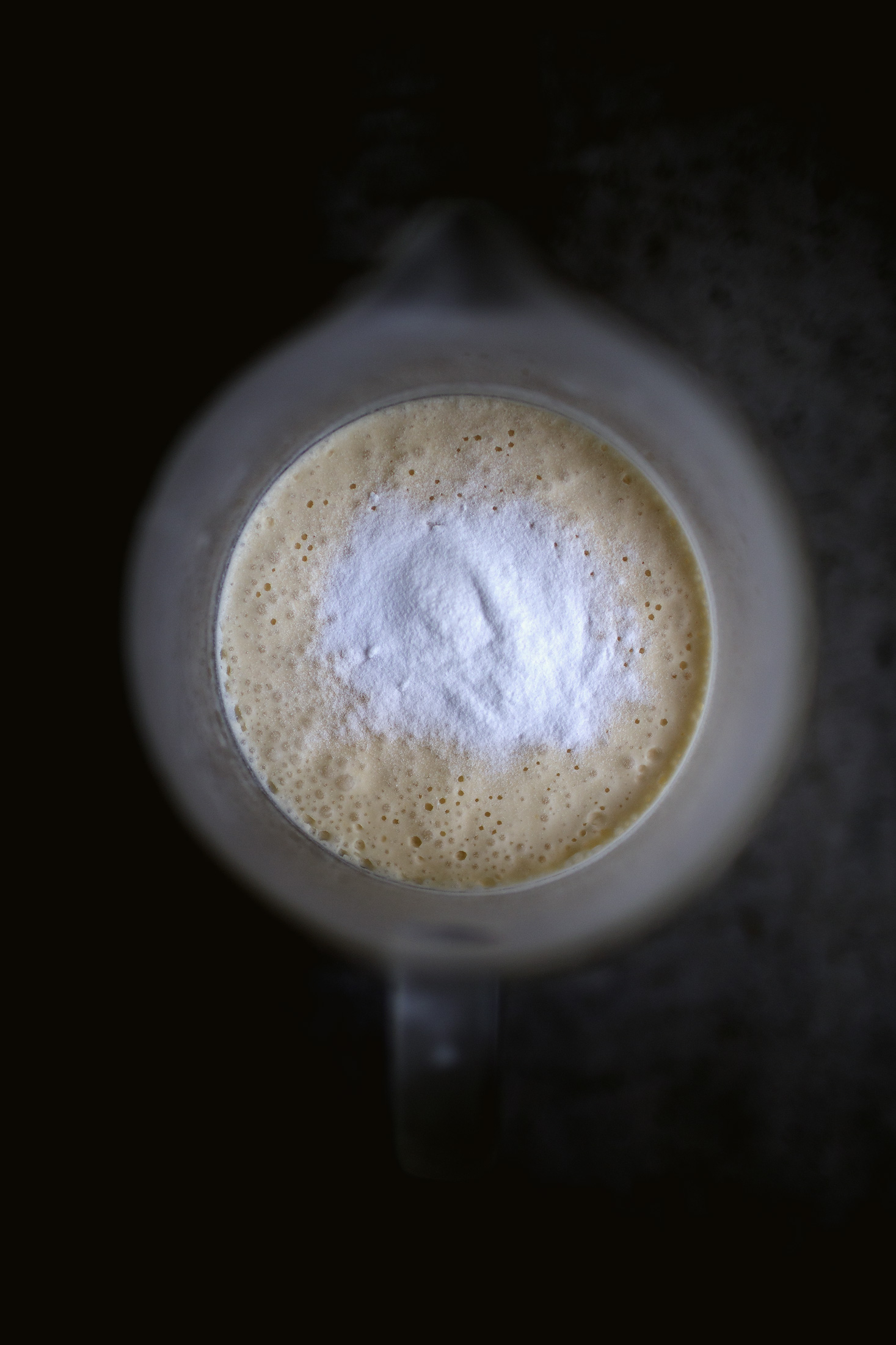 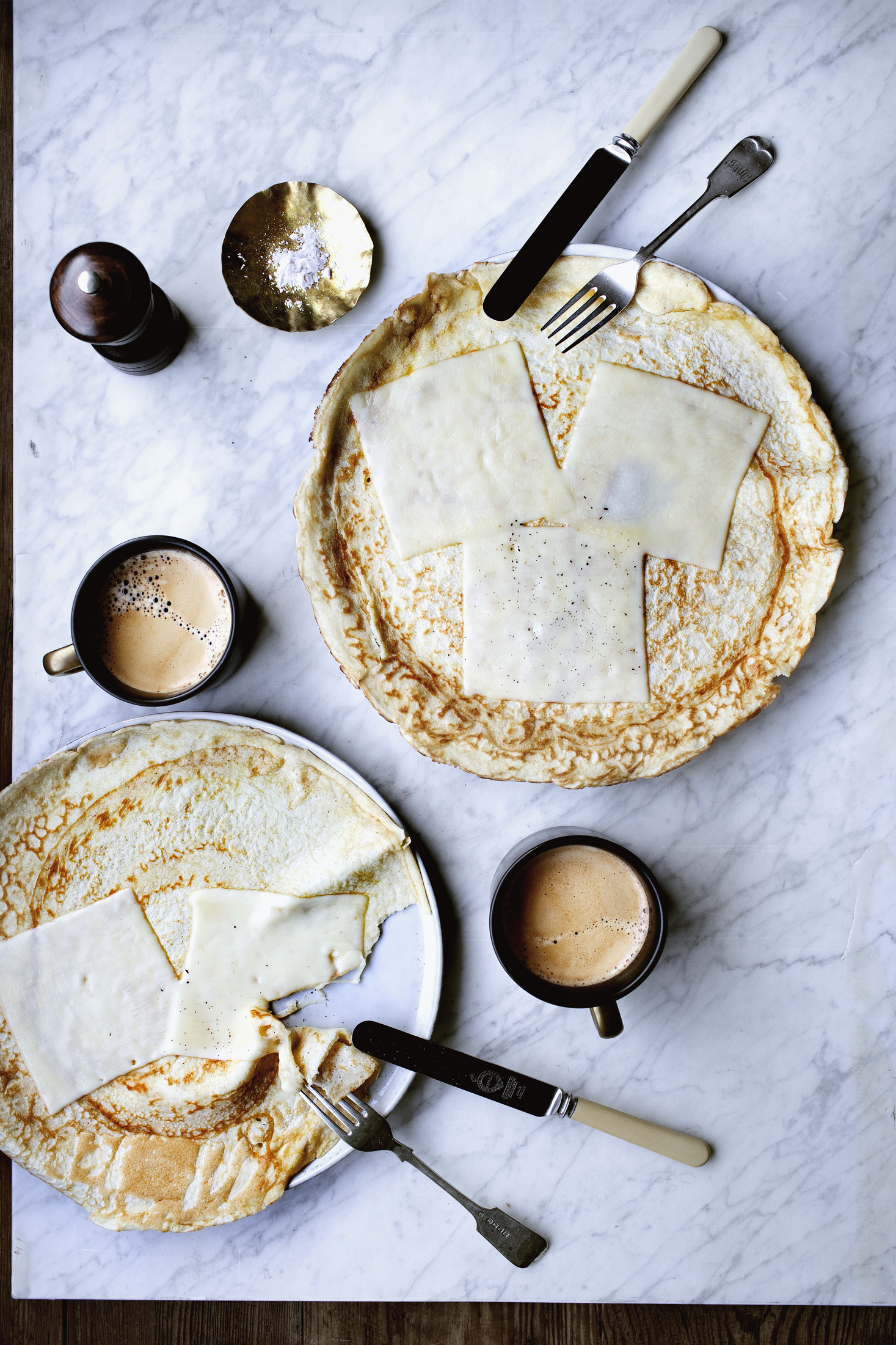 Potato starch and cornstarch are not entirely the same. It can be interchangeable in some cases, but in this recipe, potato starch just yields a chewier texture.