“CHANCES ARE, YOU’VE HAD SOME SORT OF PROMISCUOUS ENCOUNTER… YOU JUST DON’T REMEMBER IS ALL”

You’re probably thinking, what in the world is this? Or at least the 90% of you who has never traveled/lived in New York plus the 8% who has (completely made-up statistics..), but stuck disciplinarily to mother’s rule of never putting anything questionable from the street into your mouth, wouldn’t have the slightest clue what the hell this is. But then… then there’s the rest of the 2% you.

Well, hello there, my friend. You know you’ve been bad. 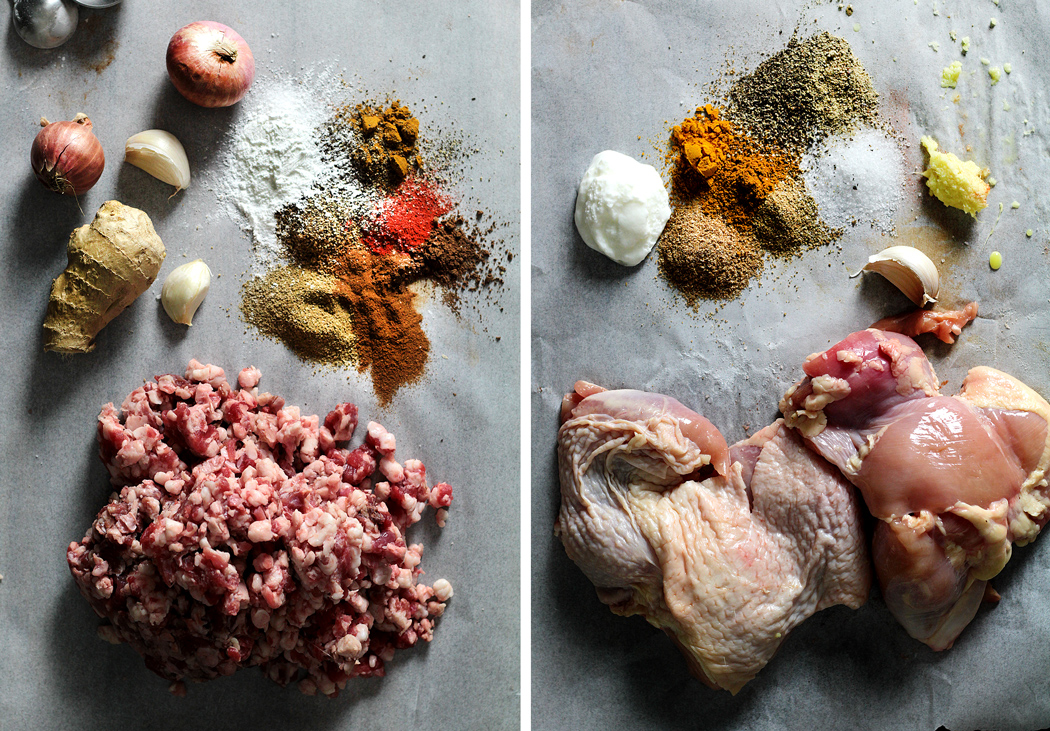 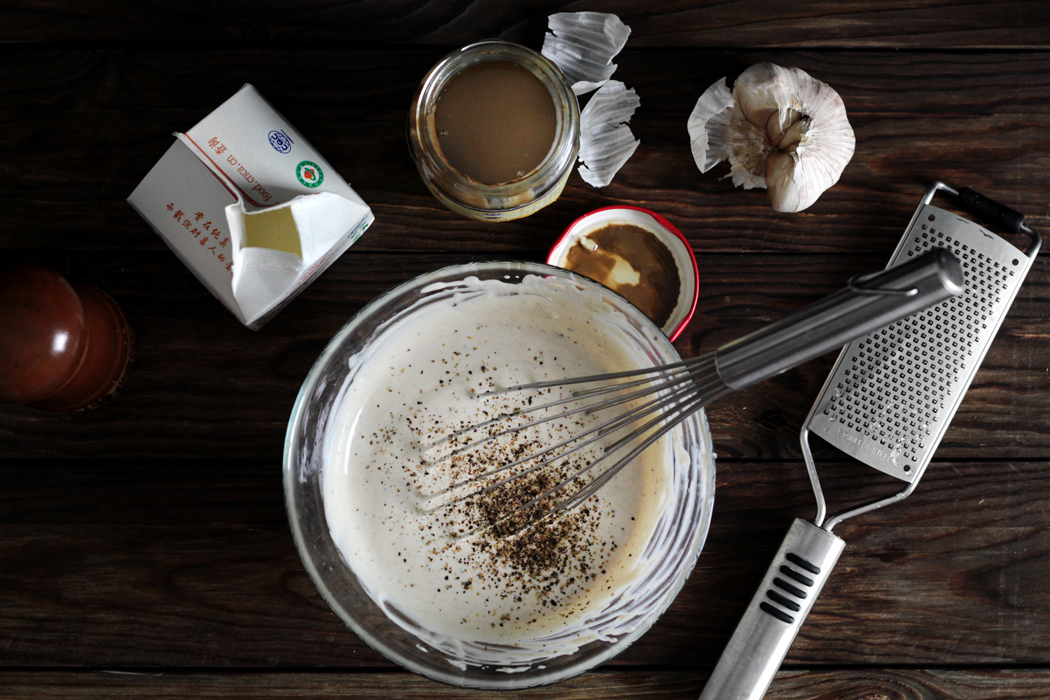 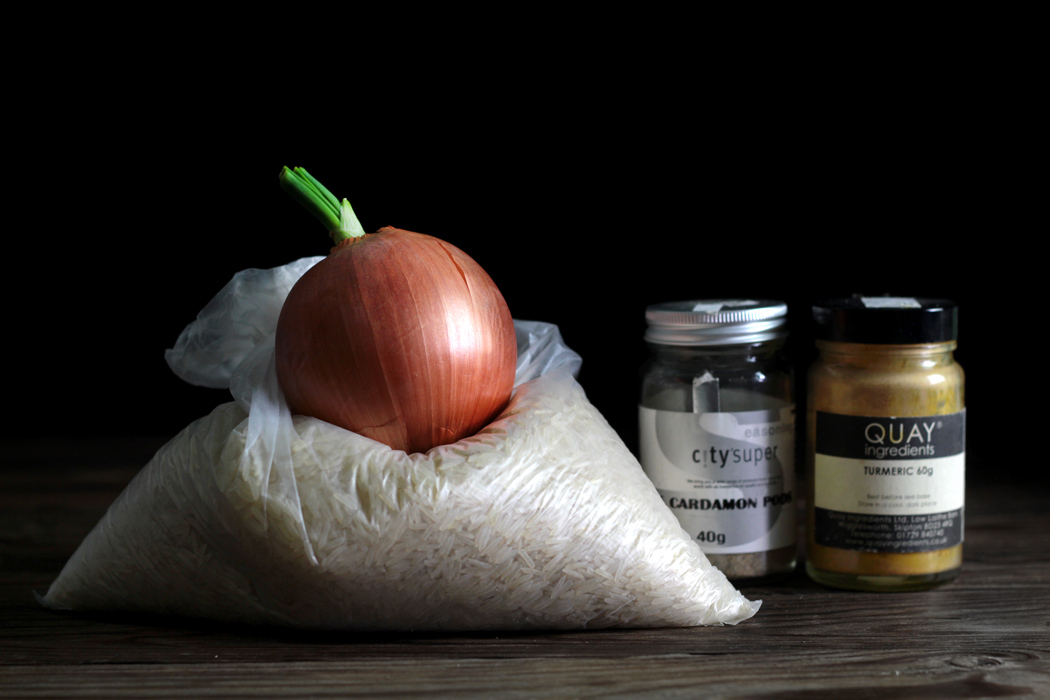 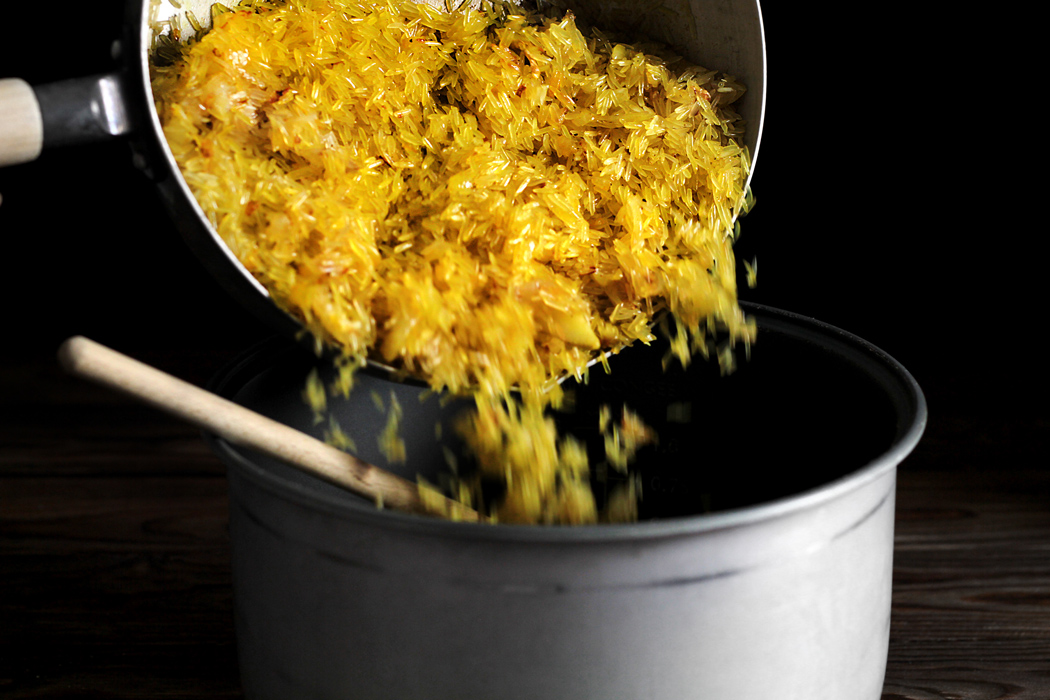 If you’re thinking, “I have visited, or even live in New York, and I love putting questionable things from the street into my mouth but I have absolutely no recollection of this.” Well, chances are, you’ve had some sort of promiscuous encounter with it, probably more than once, squatting at a dark corner somewhere in Midtown under the black cloak of the night… feeling really dirty about yourself.

You just don’t remember is all.

Because this is something we call “the halal truck”. It’s a humongous foil-wrapped plate of yellow rice under a greasy topping of chopped up chicken and minced lamb that are well-seasoned with spices, drenched in the notorious “white sauce” with a nuclear douse of hot sauce, accompanied by the randomness of sliced lettuce and tomato just because. It’s a practice started by and owed to one of the now-many parked around the Midtown West Hilton hotel. To which one exactly, is still an on-going dispute. It is the Godfather of New York’s “street food truck-scene”, if there’s any. It has toppled the dirty water dog, and asserted itself as New Yorker’s No. 1 mysterious street-meat. And at the time before other imposters sprung up across the island of Manhattan at every corner, it was only socially admissible to consume (for the first time at least) under the misguidance of a local friend, after a night of irresponsible behaviours and substance-based impaired judgement. The only evidence of you ever eating it in the morning after, is a post-drunken haze, the sudden urge to buy liposomal glutathione in an attempt to detox your system, and curious bowel movement… 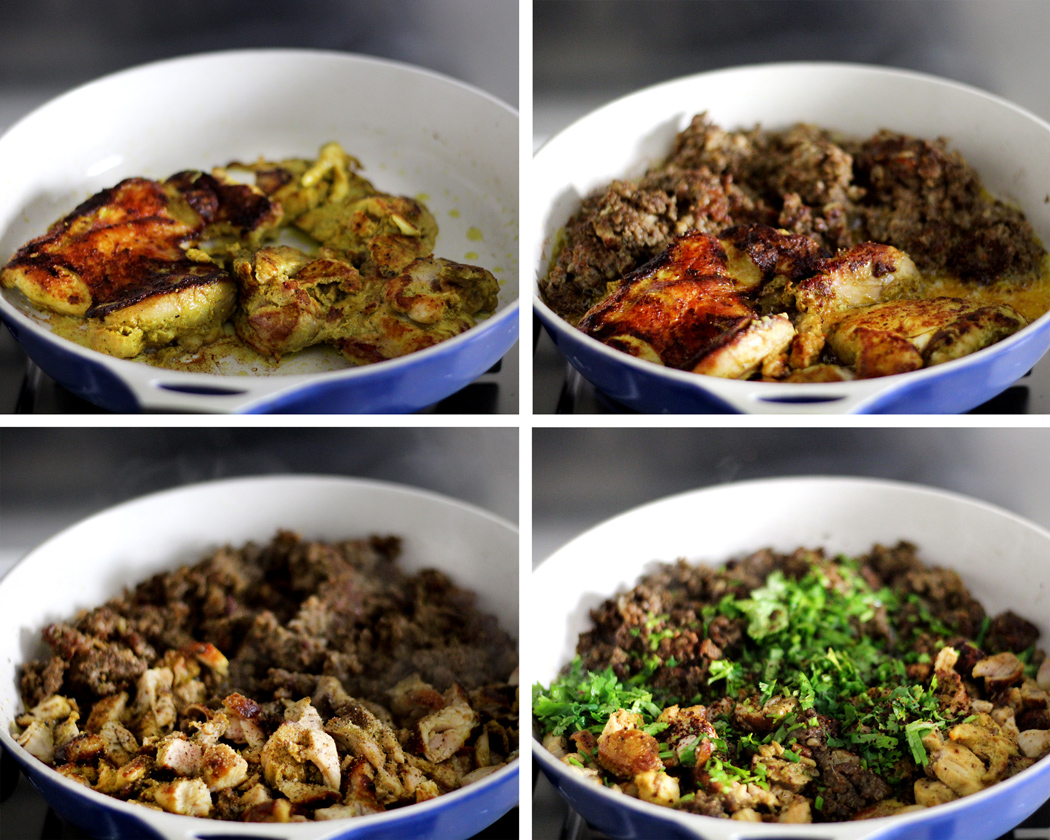 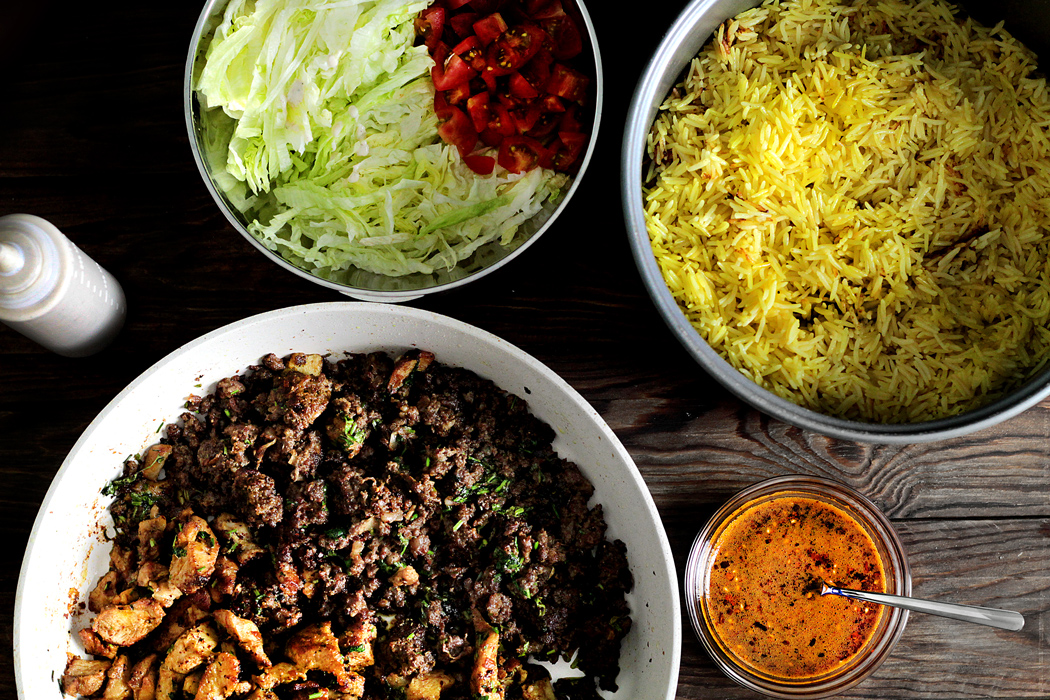 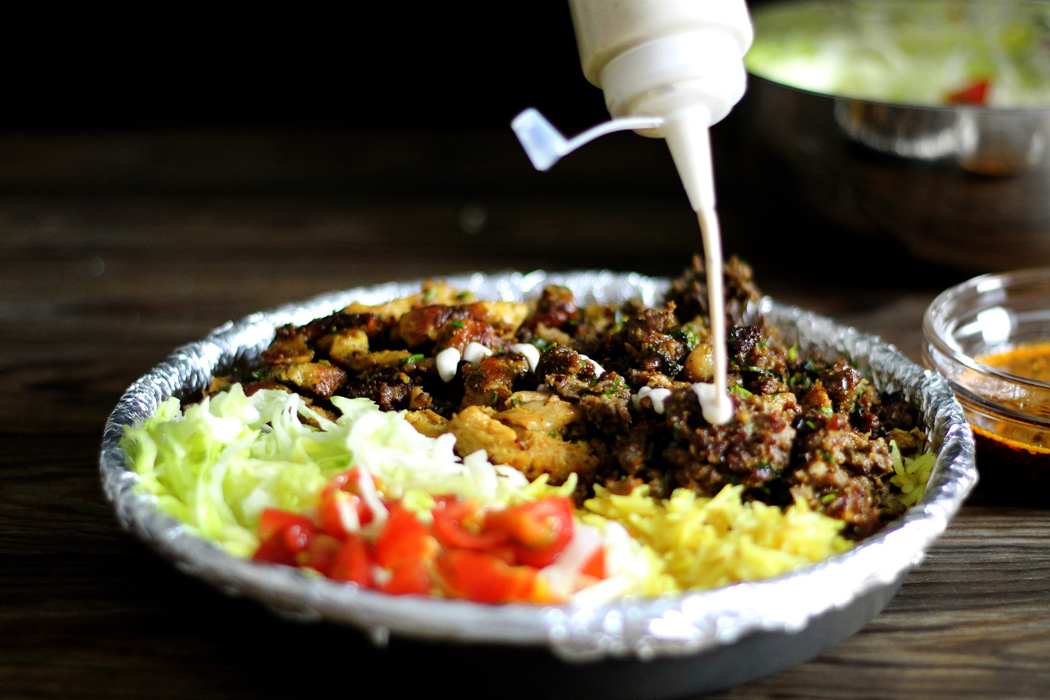 I’ve never been much of a drinker. I guess I haven’t really seen the appeal of being drunk, especially when it comes to getting home. I admit I’ve been worried for the few friends that choose to drive home even if they only had a little bit because they could risk a DUI charge (This article by a Springfield IL dui attorney might be useful if that ever happens to you). But throughout my 7 years in New York as the sole sober bystander, witnessing friends after friends in the wee-hours of the night, smiling through their vacant eyes in a slow and slanted wobble while wasting their notably asymmetrical face into a plate of the halal truck platter, I’ve always wondered to myself:

Do they know, or will even remember, how incredibly extraordinary and magnificent this piece of gastronomic art they are slobbering unconsciously into their mouth right now is? Talk about wasting food.

Yes, of course you can nowadays find halal trucks available during most times of the day, but say… to be caught face-deep buried in a plate of “halal” at the office during lunch time, is to be questioned for your adequacy of making life-choices. This isn’t by any means healthy, nor clean, nor energizing, and likely leaves the rest of your day as functional as a doorknob. It is for people and only people who feed for none of the objectives above except for pure and simple pleasure, the irresponsible gratification that it tastes really, really, really damn good. And since the day I left New York, I’ve been making it myself at home. And my version, if I may say so myself, pretty damn near great.

There’s no talking-you-into-this. You either rejoice, or you frown upon it. It’s a personality issue. You’re either a halal truck-person, or you’re not. But if you’re open to conversion, here’s where you should start. 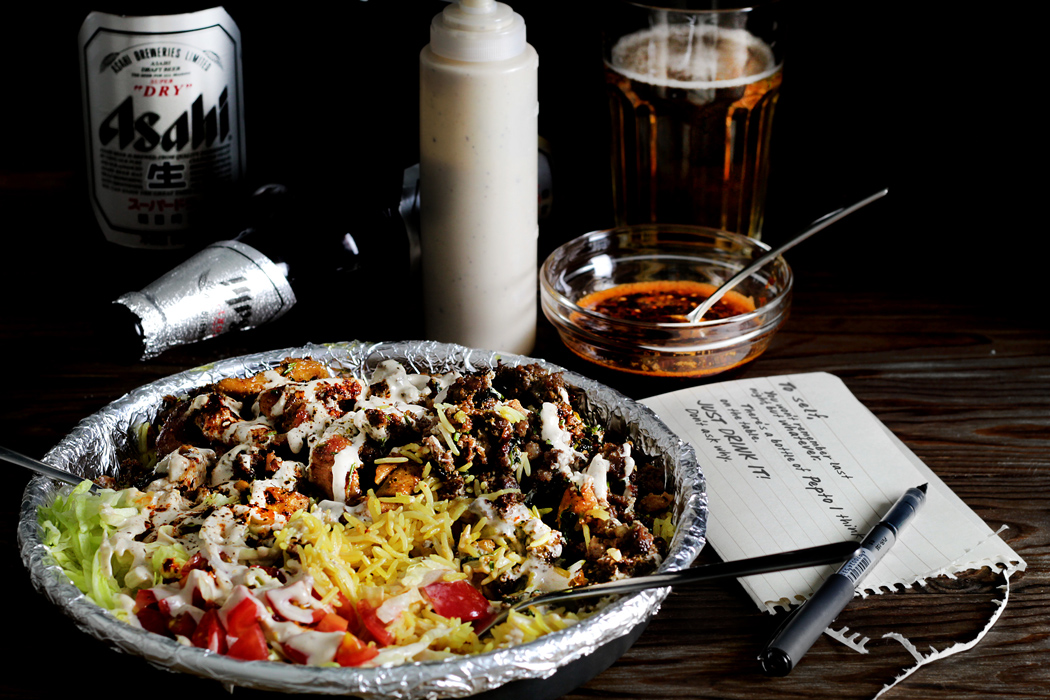 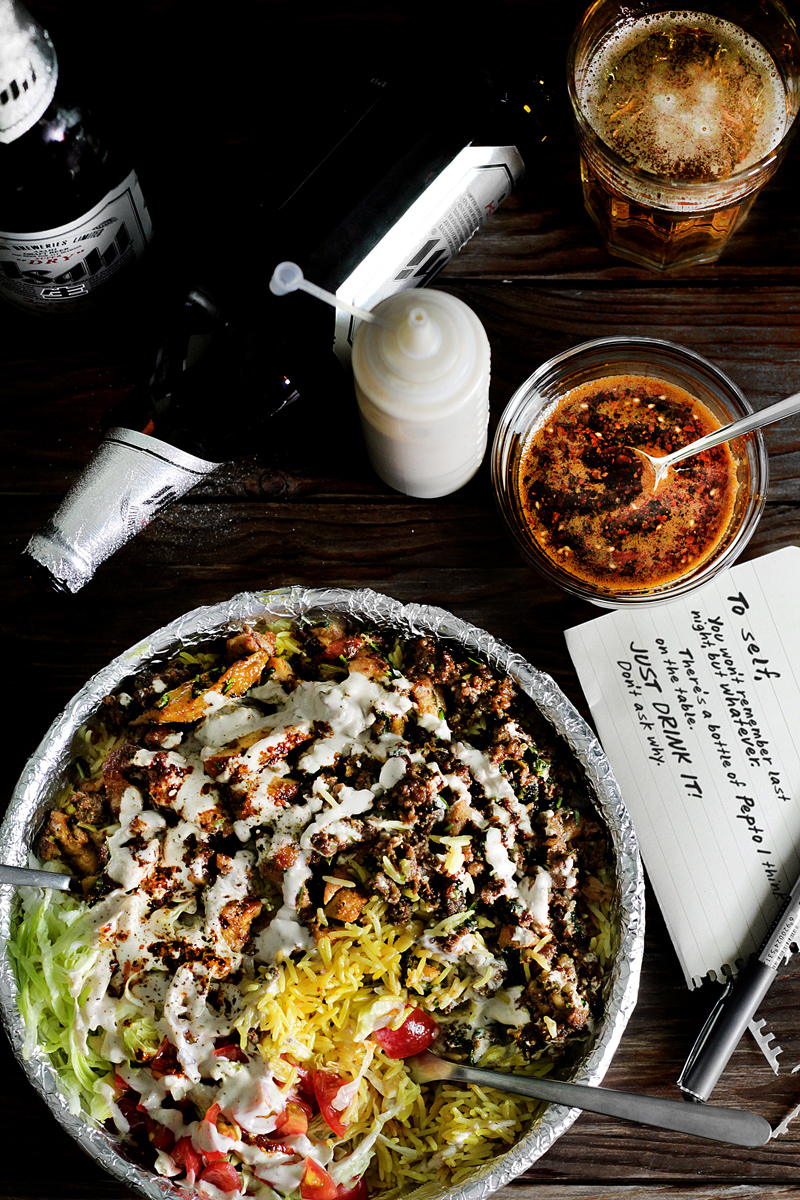 Don’t freak out! This is one of those recipes with very long ingredients-list (tends to happen when using a mixture of spices) but with simple preparation. You can marinate the lamb and/or chicken the day before or hours ahead of time. You can even cook them ahead of time because it reheats well (staying with the true halal truck spirit…).

Whether or not you choose to use real halal meat, is completely up to you. The ground lamb I used this time was on the overly fatty side, even for me. You should use something with 20% fat, but no less/leaner than that. Also, you should leave at least 1~2 pieces of the chicken thighs with its skin on (even if you were using chicken breasts), for rendering the fat that’s going to cook the meat itself. Don’t worry about too much grease, because any excess fat will be removed/poured out of the pan after the browning is done! All you’ll be left with are crispy bits of chicken skins with their fat rendered out. In the instruction, the lamb and chicken is cooked in the same big skillet (again, staying true with the halal truck spirit…), but if you don’t like one flavour contaminating with the other (for eg, some ppl don’t like lamb), you can cook them in separate skillet.

To prepare the lamb: Mix all the ingredients evenly together in a bowl, cover tightly with plastic wrap and chill/marinate in the fridge for at least 1 hour to several hours or overnight.

To prepare the chicken: Keep the chicken thighs whole, and rub all the seasonings all over them to distribute evenly. Cover tightly with plastic wrap and chill/marinate in the fridge for at least 1 hour to several hours or overnight.

To prepare the “white sauce”: Whisk all the ingredients together until smooth and even. 1 tsp of freshly ground black pepper may sound like a lot but that’s how much it needs. Let sit at room-temperature for at last 1 hour for the flavours to combine, or several hours to overnight in the fridge.

To prepare the chili oil: Combine all the ingredients in a small pot and set over medium heat. Cook until the chili flakes have turned darker in color, and the minced garlic slightly browned. Let sit for at least 1 hour before using.

To prepare the turmeric basmati rice: I always use a rice-cooker to cook my rice, but if you don’t have one, here’s an instruction I find adequate but ignore their rice and water ratio. In a pot over medium heat, sauté minced onions and sliced ginger with 1 tbsp of oil, salt and black pepper, until the onions have completely soften, slightly browned and reduced about 1/2 in volume. Add the turmeric, ground cardamon and basmati rice and cook until fragrant. Transfer to a rice cooker (or in the same pot that you’re using), add the chicken stock (or water) and stir to break up any rice-lumps. Cook the rice according to the rice-cooker’s instruction, or stove-stop instruction as linked.

To cook the chicken and lamb, plus assemble: Heat up a large, non-stick skillet over medium-high heat. Once hot, place the skin-on chicken thighs into the skillet with the skin-side down. Render the fat out of the skin until it’s nice and browned. Keep the fat in the skillet, turn over the chicken and add the rest of the skinless thighs into the skillet. Move the chickens to one side of the skillet, then add the ground lamb into the other side (if you’re cooking lamb in a separate skillet, add 1 tbsp of oil to that skillet). Press the lamb down into like a giant patty, but do not break it up too much at this point (we’ll do that later). Once you have a nice, even browning on both sides of the lamb and chicken, remove/transfer them to a large plate. Reserve just 1 tbsp of oil in the skillet and pour the rest out.

Cut the chicken thighs into small pieces with a kitchen scissor. Return the chicken and lamb back to the same skillet over medium-high heat. Now you break up the ground lamb into smaller chunks with a wooden spoon. Cook for 1 more minute to get further caramelizations on the meat, then add the chopped cilantro (or parsley), Aleppo chili flakes and cumin, stir to combine. Re-season with salt and pepper if need to.

Serve the lamb and chicken-combo over turmeric rice, with a good handful of thinly sliced iceberg lettuce and chopped tomato. Pour a relentless amount of “white sauce” over the top, plus a relatively more cautious amount of chili oil. Don’t get too wasted, because you’ll want to remember this meal. 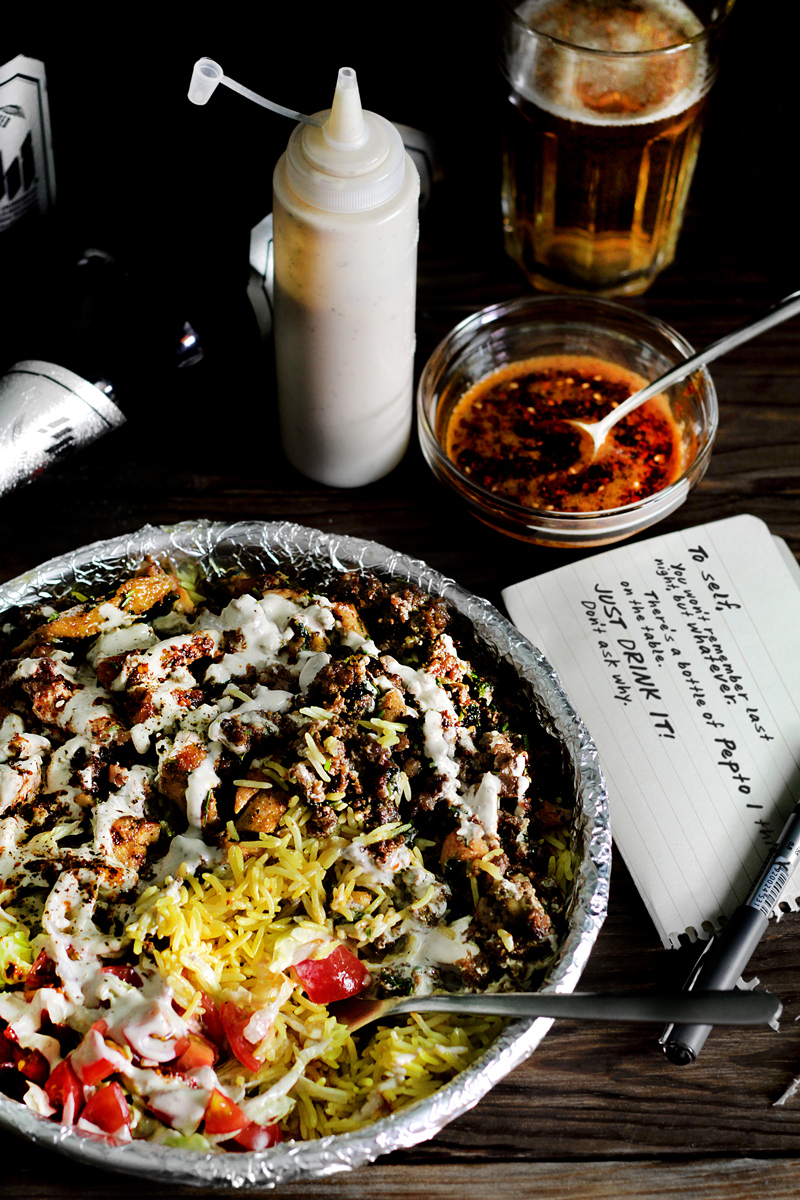